Production executive for the UK Film Council and BFI Film Fund, and a producer who supported filmmakers from Carine Adler, Pawel Pawlikowski and Duane Hopkins to Andrea Arnold, James Marsh and Jonathan Glazer. 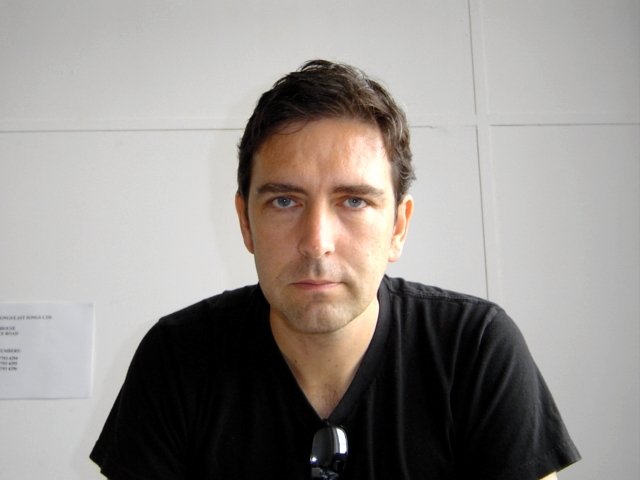 Sadness has swept across the British film industry at news of the death of Christopher Collins, Senior Development and Production Executive with the BFI Film Fund. Collins was best know among his peers as a problem solver, someone who, with calmness and charm, would find a way to deal with the kind of unforeseen difficulties on a film production that alarm and intimidate the less composed. He had a set of skills that is rare in film producers and executives, a combination of immense sympathy, passion, intelligence and pragmatism that saw him appreciated and admired by filmmakers of all stripes.

Chris Collins (as he was best known) was able to draw on a wide experience of differing forms of film production from experimental and arthouse works to mainstream commercial successes. He studied Physics at King’s College London, where the weekly film nights he attended – later enhanced by an evening class in film at St Martins School of Art – prompted him to find work at the ICA, and to become a runner for a production company. His first credit was as a production assistant for Maya Vision on the Constantine Giannaris short Caught Looking (1992). He graduated to the producer role for two shorts by the artist Jayne Parker, Cold Jazz (1993) – made for the BFI New Directors scheme – and Crystal Aquarium (1995), and for Giannaris’s feature A Place in the Sun (1994), made with the Arts Council of England.

In 1996 he joined BFI Production as a Development and Production Executive, where he oversaw the making of Carine Adler’s feature Under the Skin (1997), whose producer Kate Ogborn credits him with giving the first-time director-producer team confidence in the cutting room: “He gave us the best possible advice – to let the audience cry. His encouragement to be brave and honest made the film the success it was.” A similar role (uncredited) was performed by Collins on John Maybury’s powerful drama Love is the Devil: Study for a Portrait of Francis Bacon (1998).

An association with BBC Films and a run of hands-on producer roles ensued with his line-producing work on Jasmin Dizdar’s Beautiful People (1999); thereafter he alternated as either producer or associate producer from film to film, and was also able to work on both Film Four and BBC projects. His associate-producer credits include Pawel Pawlikowski’s breakthrough immigration drama Last Resort (2000), Andrew Kötting’s This Filthy Earth (2001), Emily Young’s Cannes-selected Kiss of Life (2003) and Dan Zeff’s Sweetnight Goodheart (2005). He was the producer of Francesca Joseph’s Tomorrow La Scala! (2002) – which was hampered by a rights refusal from Stephen Sondheim – Pawlikowski’s hit My Summer of Love (2004), Joseph’s Four Last Songs (2007) and Sarah Gavron’s groundbreaking Asians in London drama Brick Lane (2007). With the BBC, he also has a hand in a series of shorts involving filmmakers such as Andrea Arnold and Vito Rocco.

In 2007 Collins joined the UK Film Council, initially as a development producer for the Development Fund, where his task was to manage the funding strand for experienced filmmakers. He developed projects with Duane Hopkins – for whose feature debut Better Things (20078) he was a particular champion – Hanif Kureishi, Noel Clarke, Matt Greenhalgh and Moira Buffini, the last mentioned being the screenwriter of the Stephen Frears-directed Tamara Drewe (2010).

He then became Senior Production and Development Executive, with executive-producer credits on James Marsh’s Project Nim (2011), Andrea Arnold’s Wuthering Heights (2011) and Lasse Hallstron’s Salmon Fishing in the Yemen (2011). Collins continued in the same nurturing role after the production arm of the UK Film Council was absorbed by the BFI, working on Mike Newell’s Great Expectations (2012), Jonathan Glazer’s Under the Skin (2013 – no relation to Adler’s), Amma Asante’s Belle (2013) and Daniel Wolfe’s Catch Me Daddy (2014) among several others.

For actor and screenwriter Paul Viragh, a friend from university days, Collins had “a gutsy softly-spoken determination to champion the good work”. Producer and former colleague Eliza Mellor said: “I loved asking Chris’s opinions on films – you could never predict what he was going to say, but it was always interesting and insightful.”

I myself knew Chris Collins as a friend for more than 20 years with whom I would argue about films regularly. He was good-looking, had an aura of cool about him, and a wonderfully sardonic sense of humour, likely to say self-deprecating things like, “I snatched defeat from the jaws of victory”. When he first became aware of his serious illness, however, Chris dropped all pretence of skepticism and became an even more positive, uplifting, encouraging presence, more eager than ever to chew the film fat.

Ben Roberts, Head of the BFI Film Fund, said: “He was a champion for new filmmakers and a brilliant creative mind. I think we will all feel his loss quite profoundly.”

He is survived by his wife Emma, and daughters Matilda and Jessica.

Chris Collins was a rare man. It was always good to know he was involved in your film, that he was there on the set, in your life. That people like him still existed.

For some he cut a quixotic figure. He took on the most underfunded and challenging films and directors. Our films Last Resort and My Summer of Love would have been unthinkable without him. Where I created chaos and confusion, Chris exercised his judgement, called my bluff when it was needed, kept the show on the road. I trusted him 100 per cent. When he said no to something, I knew he didn’t do it to make life easier for himself or because that’s not how things are done. He loved cinema. He was inside it. He understood how the creative process worked. He embraced it. He would leave no stone unturned to create time and space for the director, if he sensed the film really needed it. 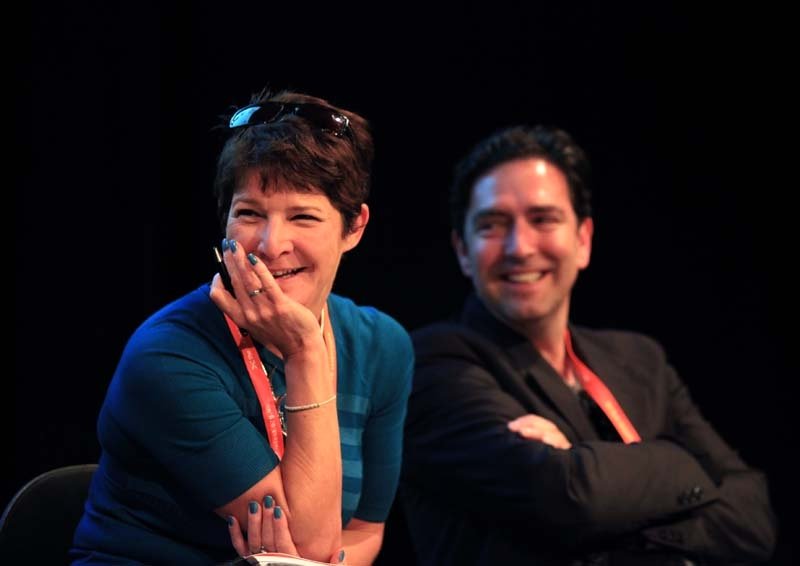 In the face of disasters, he kept his sangfroid and wit. He was always the last man standing. He was not frightened of making unpopular decisions, playing the bad cop, not afraid of being disliked – though strangely I never met anyone who actually disliked Chris. The respect seemed total and universal.

Modest in triumph and noble in defeat, Chris had nothing to do with the gushing, fake enthusing, backstabbing, buck-passing, money-obsessed, politically correct cynicism, which seem to define our industry and our times. I will miss Chris. The world feels emptier without him.

I loved Chris’s enthusiasm for films from the joyously popular to those that took the most creative risks. Over the years I began to understand that at the heart of his cinephilia was a compassionate sense of what kind of stories should be told: projects that were relevant to understanding the possibilities of humanity. That profound sense of what was right and just flowed through to his consummate sense of public service while at the UKFC and the BFI.

Even in his last weeks, Chris took an active interest in his projects from his hospital bed, keen to hear how films that he had exec’d were playing at the LFF, happy for their success. Last week I was able to report back to him on a wonderful passion project of his: Jerry Rothwell’s documentary on the making of Greenpeace, How to Change the World. Its title is at the heart of what Chris was all about. He knew that cinema could change the world.