David Thomson pays tribute to the critic who pioneered the auteur theory in the US. 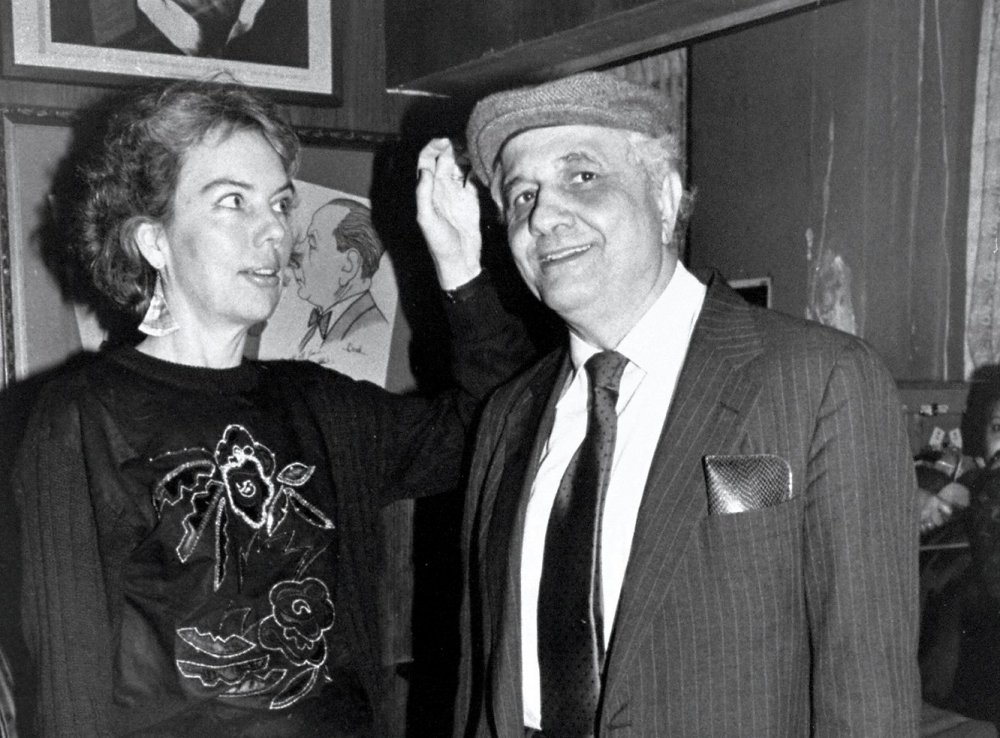 Andrew Sarris wrote the way you might have expected of Herbert Marshall in Lubitsch’s Trouble in Paradise, if that character had been led astray from jewel theft and ﬂirtation by such far-fetched hobbies as an auteur theory. Just enjoy this for a moment: it’s his ‘Letter from New York’ in Movie, no. 15, 1965:

“I had a ﬂeeting thought about all this nostalgia for the good old days of the Second World War, lately reﬂected in movies like Operation Crossbow and Von Ryan’s Express. What interests me is the way the plots operate on a comic strip level of physical and psychological probability, and yet the good guys (and gals) get killed in the end without too much fuss. Part of this is simply anti-cliché since we all remember how the good guys used to stay alive to make the Democracy and Brotherhood speech back in the days when we were actually ﬁghting the Jerries and the Japs. However, I think there is also a growing feeling that the ones who died back then had all the best of it. They died in the warm glow of an idealistic conviction about the Post-War World, a world that, to say the least, has hardly lived up to expectations. A great many beautiful people died back in that War, and we now mourn them, the beautiful and the doomed, the way people back in the Forties used to mourn the beautiful and the damned of the Twenties, those fortunate F. Scott Fitzgerald characters who fell apart before the crash ended their era and disgraced their folly.”

Yes, that was 1965, when so many things were just happening, like Godard, Movie and a resurgence in American ﬁlm signalled by Psycho, The Manchurian Candidate, Mickey One and Lilith, but hardly delivered yet. He was 37 already, and the best ﬁlm critic in America – at The Village Voice, where for ﬁve years he had been drip-feeding into the American bloodstream the idea of directors as the responsible (and irresponsible) ﬁgures.

He had begun seeing movies, in Queens, in about 1931 – in time for Trouble in Paradise. One of two sons of parents born in Greece, he was a smart boy who graduated from Columbia College in 1951. Then he was three years in the Army Signal Corps before he went back to Queens to live with his widowed mother. His brother would be killed in an accident in 1960. So Sarris the young man was a ﬁgure from a ﬁlm of the 1930s where the hero does his duty without complaint, and then sees the light – the lumière. He took a year in Paris in the late 50s, and he always had Paris and its ferment of ideas at that moment.

He found the writers who would become the New Wave, he saw all the movies Paris had then, and he realised that directors were key. So he came back to New York and let a new culture grow up around him: the politique des auteurs, The Village Voice, teaching at Columbia and meeting Molly Haskell. She was his junior for a while, but an elegant, witty knockout from Virginia, the sort of woman who would have distracted Lubitsch. They were married, and they were each other’s ﬁnest work.

In time everyone would gossip about the bickering rivalry between Andy and Pauline Kael, and that existed for sure and fertilised the new movie culture. But Andy-and-Molly was the big thing – which is not to say they didn’t have their own arguments, like Walter Burns and Hildy Johnson in His Girl Friday, with no quarter asked or offered.

The furore with Kael was good for us all: every Laurel needs a Hardy. Film criticism thrived on their battles. Andy was himself combative, cutting and Greek then, but Pauline was the truer ﬁghter. She needed the battle; he suffered it. It was in their nature that by 1968 Pauline was at The New Yorker, issuing her electric ﬁats, while Andy published a book, The American Cinema: Directors and Directions 1929-1968, the work of a scholar as much as a critic, economical but profound, and one of the books that ﬁlm students knew nearly by heart. (Its companion volume is Molly’s From Reverence to Rape: The Treatment of Women in the Movies, published in 1974.) The American Cinema tried to rank ﬁlmmakers at a time when the new audience needed to appreciate directors and track down all their works. It had invaluable lists of the ﬁlms they had made, along with incisive commentary.

Kael never taught, but she ranged around, looking for ﬁghts and disciples, and hoping that the urgency of the new American cinema would last. She even tried Hollywood. Andy kept to New York. I entertained him and Molly once in California in the 1980s, and I think he had hardly seen the West before. It was in the mid-80s, on a driving tour in Europe after the Cannes festival, that Andy contracted a mysterious virus. By the summer in New York, he was close to dying – it is a story told by Molly in her memoir Love and Other Infectious Diseases. He pulled through, but he was never quite the same source of energy again and his wonderful baritone drawl – which could slide with irony and warmth into a high tenor –became creakier.

He moved to The New York Observer, and he continued to teach. In 1998 he published “You Ain’t Heard Nothin’ Yet”: The American Talking Film, History and Memory 1927-1949; more recently, he wrote an occasional column for Film Comment. If he declined further in the last few years, it was to make room for a new gentleness.

He was catholic in his tastes, but 1927-1949 and smart talking pictures were his favourite territory. He loved Lubitsch, Sturges, von Sternberg, Preminger, and he delighted in the players of that period. He was the ﬁrst person who wrote about Margaret Sullavan, Myrna Loy and William Powell as treasures. His favourite ﬁlm, I think, was Madame de… by Max Ophuls. With his passing, we lose not just his voice and his example. History itself is gone. But he felt that possibility as long ago as 1965.