Alan Simpson obituary: a Beckett of the small screen

With his Galton and Simpson writing partner Ray Galton, the man behind Hancock’s Half Hour and Steptoe & Son was a master of post-war ennui and despair. 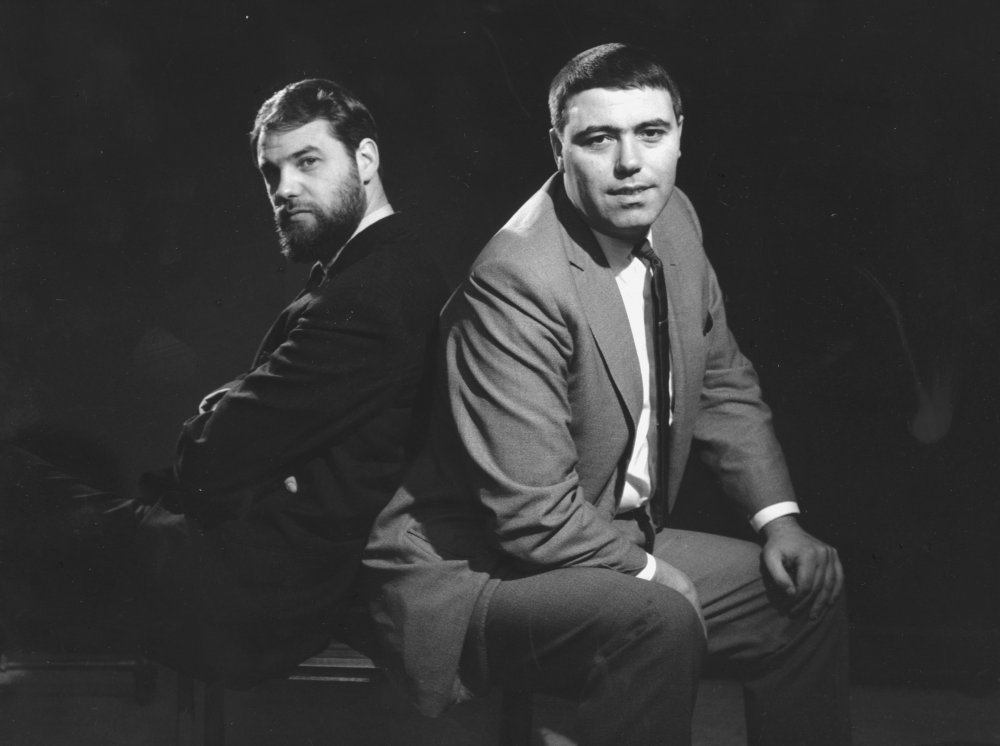 Alan Simpson believed that “Failure is much more interesting than success” and this was illustrated in the 151 scripts for Hancock’s Half Hour and 58 episodes of Steptoe & Son he co-wrote with Ray Galton. The best of their work has been deservedly paralleled with Harold Pinter; after Tony Hancock saw the latter’s play The Caretaker in 1960 he told Simpson that “you’ve been writing this stuff for ages!”

Pinter saw his use of silence as demonstrating the “desperate rearguard attempts to keep ourselves to ourselves” but Galton and Simpson’s protagonists were often engaged in keeping themselves from themselves. In Pinter’s The Birthday Party Stanley is confronted by Goldberg and McCann, but in the 1960 Half Hour The Reunion Party the guests respond to his hospitality not with menace but with apathy, casually destroying the memories of past camaraderie Hancock had so carefully built as a defence against a grey present.

Simpson was born in Brixton and raised in Mitcham. At the age of 17, he contracted tuberculosis and was sent to a sanatorium where he met his future writing partner. By 1954 they devised a radio show for Tony Hancock which was “a comedy inspired by the characters, and a complete storyline”. 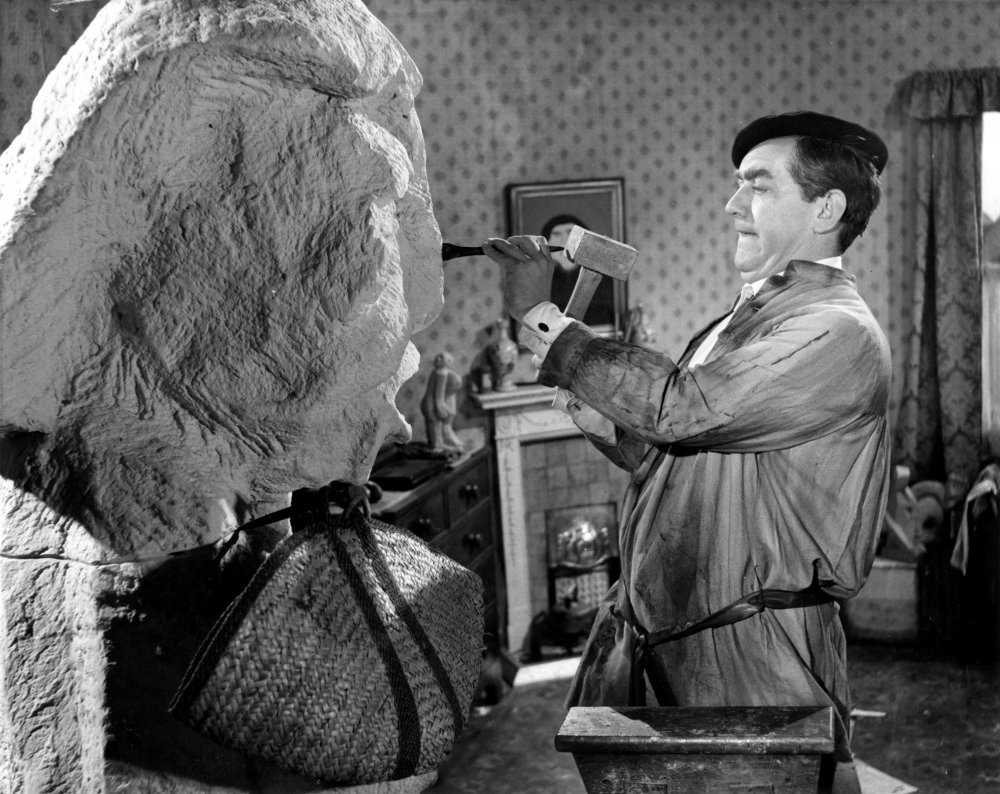 ‘Keeping himself from himself’: Tony Hancock in The Rebel (1961)

Over the next seven years on both wireless and television Galton and Simpson created a claustrophobic existence where Hancock variously joins a Beatnik poetry group, donates blood and tries to read Bertrand Russell, in vain attempts to demonstrate his importance and to ward off boredom. Outside of his mildewed villa, any encounter with post-war modernity was inevitably disastrous, as brilliantly demonstrated in the 1961 film The Rebel with Hancock fulminating against ‘frothy coffee’ in an over-decorated espresso bar.

The writers’ relationship with Tony Hancock ended in 1961, at which time the pair were commissioned by the BBC to create their own series, Comedy Playhouse. The fourth edition concerned a father and son firm of rag and bone men and was subsequently developed into Steptoe & Son which, in its 1962-65 incarnation, was suffused with a sense of barely masked despair.

Both Hancock and Harold Steptoe are all too aware of a glamorous wider world, but while Galton and Simpson’s fictional Hancock has developed an air of resilience to stave off any self-doubt, the already middle-aged younger Steptoe lacks even these resources. The Offer (1962) concludes with his suffering a nervous breakdown in the aftermath of his failure to escape his junkyard prison and the disastrous West End night out in Sixty-five Today (1963) results in the estrangement of father and son. 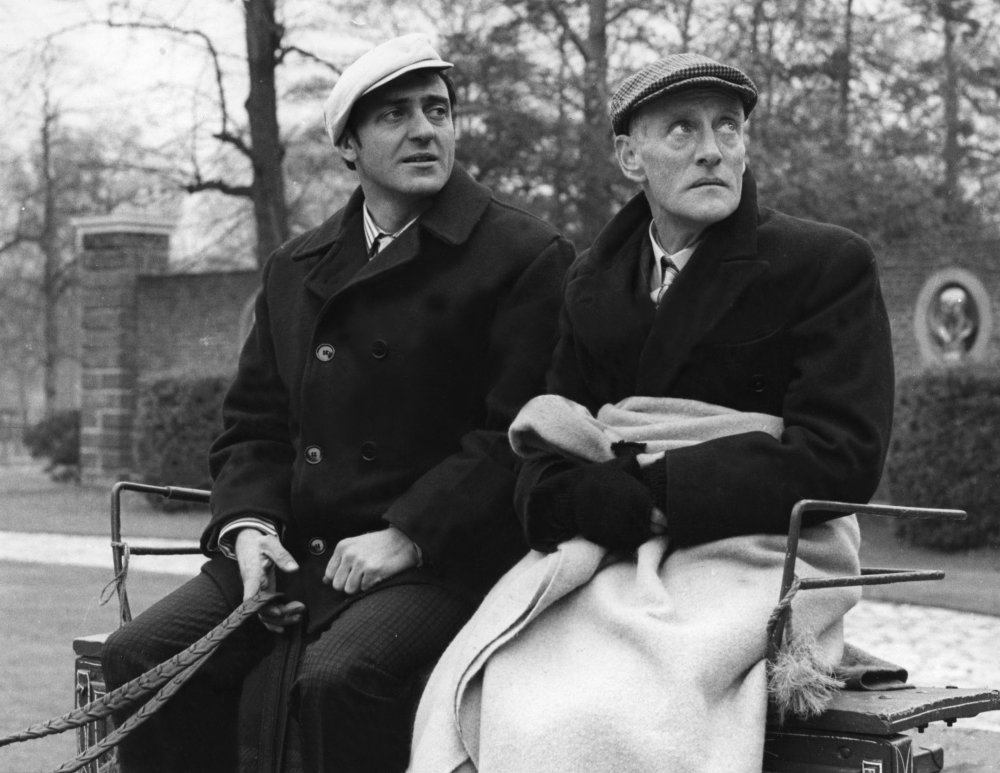 1978 marked Alan Simpson’s retirement from writing, leaving the character of Anthony Aloysius St John Hancock, who was as evocative of post-war ennui as Waiting for Godot. One of the finest Half Hours, Sunday Afternoon at Home, conveys a sense of time slowly but relentlessly passing amongst the aspidistras of 23 Railway Cuttings, a setting as oppressive as Beckett’s ‘A country road. A tree’. And with Tony Hancock and his indispensable partner Sid James, Galton and Simpson created a Vladimir and Estragon of the outer suburbs.

Related to Alan Simpson obituary: a Beckett of the small screen