High in the Colorado mountains, Mark Cousins goes giddy for old films by Stanton Kaye and Mario Camerini, the latest from Harutyun Khachatryan, and Claudia Cardinale. 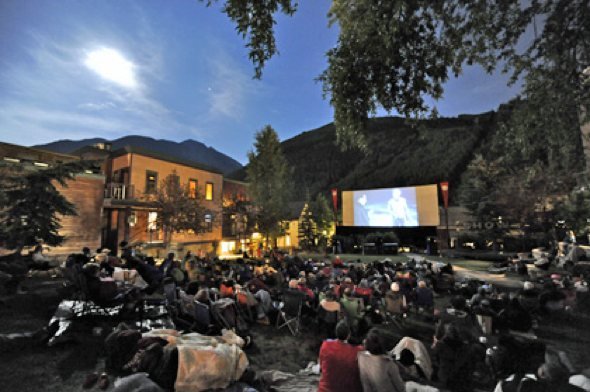 I hadn’t been to the Telluride film festival. I’d heard of it, of course, like I’ve heard of the Cinematheque Francaise and Brigadoon, two other places I haven’t been. I’d heard of the caravanserai of film-makers that weaves its way to the town in the mountains, like a road movie, like a pilgrimage. I’d heard that the festival premiered Fitzcarraldo (1981), and the restored Napolean (1927), with Abel Gance in attendance. I’d heard that Karl Struss, who shot Murnau’s Sunrise (1927), went to Telluride.

Such stories have, for me, burnished the place. Made it sound unreal.

And, after four flights (Edinburgh, London, Newark, Denver, Grand Junction), and three hours in a car, so it turned out to be. If, that is, the real world is a place where you have to hide your love of cinema under a bushel, disguise your intoxication, your filiation, your affiliation. But maybe instead – it occurred to me as I stepped out of the car and immediately saw Claudia Cardinale chatting in a lobby; as the sun set and Stephen Frears drank a beer in the mean street, where beer-drinking is not allowed – maybe Telluride, with its wafer-thin air (altitude 8,700 feet – Sundance is a mere 6,900), is some kind of staging post in the state of cinema. If that’s the case, then maybe Telluride is fucking real indeed and everywhere else is blocking its ears and chanting “la la la la.”

This was a hunch, of course. An altitude- and jet lag-induced hunch.

I change and go to the house of one of the patrons of the festival who is feeding all the film-makers. There are only a few dozen films showing, so no more than 60 people at the dinner, but within a half an hour, in the dark, in the splendid house clinging to the side of Telluride’s vast valley, I meet Jane Weiner, who’s been filming documentary pioneer Richard Leacock for 38 years, and a woman who is advertising her film by giving people tattoos, and Ed Harris, who’s in the new Peter Weir film The Way Back, and Frears (again) and Bertrand Tavernier, and Errol Morris, and Dennis Jakob – a hyper movie curator-editor who somehow connects the dots between The Doors and Koyaanisqatsi (1983) – and Francis Coppola, and Leonard Gardner, who wrote Fat City (1972), and Stanton Kaye, who many backed as the biggest talent in New American Cinema of the late 60s. And we talk a lot about the strawberries in Weir’s Fearless (1993). And Robert Flaherty’s Moana – A Romance of the Golden Age (1926). Tom Luddy, who is to Telluride what Peter Ustinov is to Lola Montès (1955), if you get my drift, welcomes me and I want to yell in thanks to Tom, so that it will echo across the valley, “I’m home!”

For it was Tom who got me here. He saw a film I made, The First Movie, and invited it to Telluride, about which I was delighted. But because the programme is kept secret until the first day of the festival, I had to keep my trap shut, which was hard indeed. I sorta managed it. 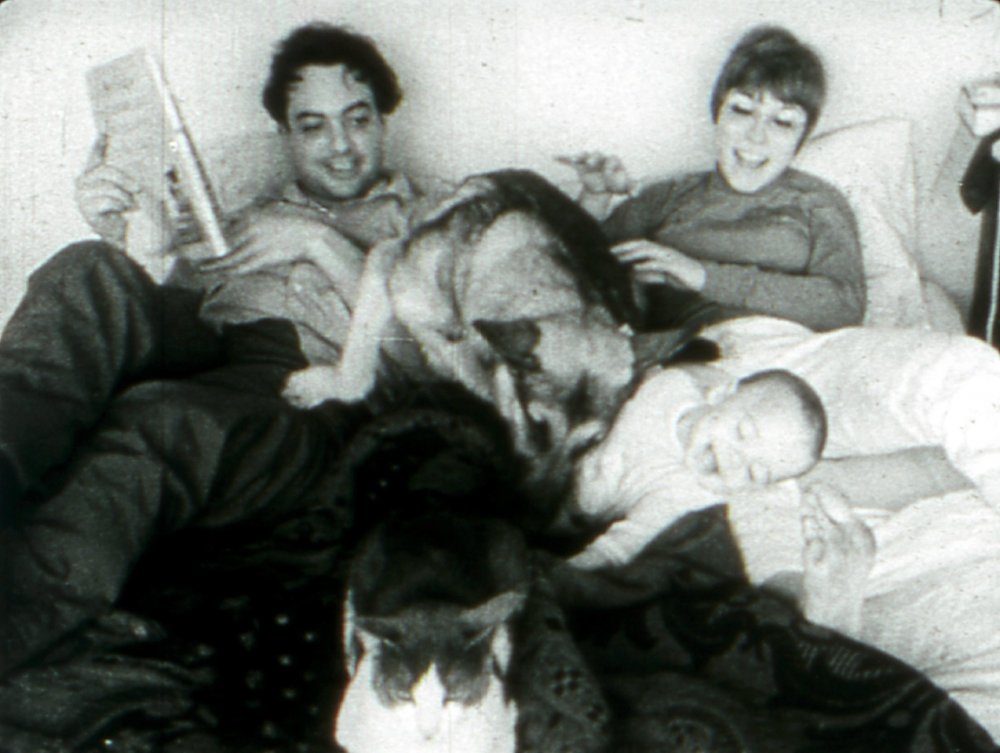 Brandy in the Wilderness

I sleep fitfully because of jet lag and then film the little outdoor Abel Gance cinema at dawn (I’m making The Story of Film, a 12-hour history of innovation in the movies). Then I go to Stanton Kaye’s 1968 film Brandy in the Wilderness. Tom introduces the film, saying that Paul Schrader liked it when it came out, and loves it now.

It’s scratched and needs restoring, but predates Hara Kazuo’s great, disturbing diary film Extreme Private Eros Love Song 1974 by six years. Kaye plays indie film-maker Simon Weiss, locked in a sadistic relationship with Brandy (Michaux French). They go on a road trip. Weiss narrates, diary-style, which was new at the time. French and Kaye co-wrote the narration, which ducks and dives around the images like Chris Marker’s doubly removed narration in Sans Soleil (1982). Some of French’s scenes didn’t always work for me (Frears thought the opposite) but otherwise Brandy in the Wilderness is richly polyvalent and polyvocal, purely existential like Taxi Driver (1976) and brilliantly inventive in the call and response between word and picture.

From it I run to Inside Job, the uber-doc I missed in Cannes about the collapse of the world financial system. It has the look of a Michael Mann film (all helicopter shots looking down on NYC) but what makes it as good as, say, Fernando Solanas’ A Social Genocide (2004) is Charles Ferguson’s pointed, triumphant interview technique, in which he continually presents the Masters of the Universe with the failure of their own common sense. Their startled, disingenuous, squirming, red-faced refusals to admit that they clearly behaved with the group think of a cult is funny yet enraging. Fewer people than there are at this festival brought the world financial system to its knees and wrecked millions of lives. 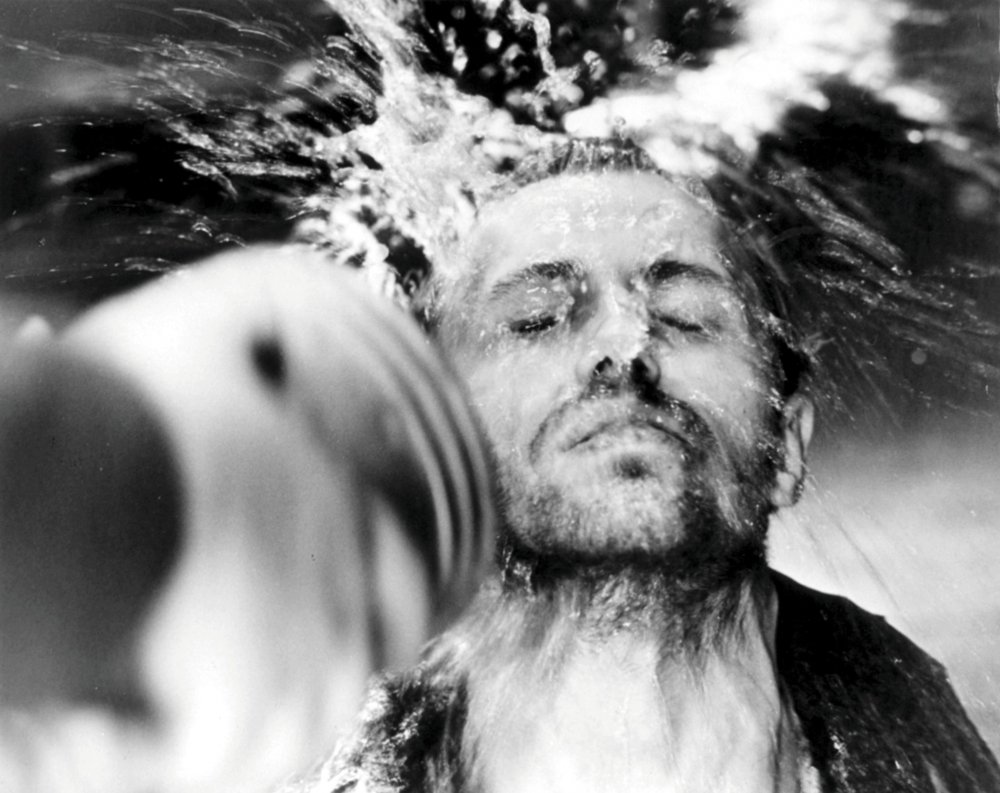 Also playing that day are Lee Chang-dong’s Poetry and Frears’ Tamara Drew, both of which I saw in Cannes, so I go to see Larisa Shepitko’s 1977 The Ascent, which is even more frostbitten, rigorous and all encompassing on the big screen than on DVD. It’s part of six films Michael Ondaatje chose as guest curator – the others are Fat City, István Szabó’s Confidence (Bizalom, 1980, which I’ve never seen), Mother Dao, the Turtlelike (1995, the overwhelming found-footage film about Dutch colonialism), The Hustler (1961) and Jan Troell’s Here’s Your Life (1971). With taste like this, can someone give Mr Ondaatje a film fest to run?

Another night’s sleep and then an early start, because my film is showing at 9am at the Chuck Jones Theatre, a ride away in a ski lift over the hill. I am dreading the screening (I always do) and HATE ski lifts. I’ve only been in one once, in Beijing, and couldn’t quite believe how high and unenclosed and bumpy it was. So I decide to turn this white knuckle ride into a crane shot. I take my camera, climb into the glass box, jam my eye against the viewfinder and… we’re off. In the glancing morning light, through canyons of conifers. Gliding. As in The Shining (1980). At one point a stag or elk or moose wanders through the shot.

I arrive at the cinema, shaking, and bump into Kent Jones, who has co-directed a film about Elia Kazan with Scorsese. I hope to see it – I’ve just been talking to cinematographer Haskell Wexler about Kazan and knew Rod Steiger a bit, who often fulminated about him. Then I turn a corner and see hundreds of people. At 8.20am. What are they doing up at this time of the morning? I have been assuming that there’ll be three people and a scabby dog at my screening – a doc about kids in Iraq at 9am – but it turns out that they are here for The First Movie.

The person who will interview me after the screening is making a doc about Ousmane Sembene. The digital projection is pristine. The audience’s reaction… well, let’s say there’s a fair bit of crying. I am, unusually, lost for words. 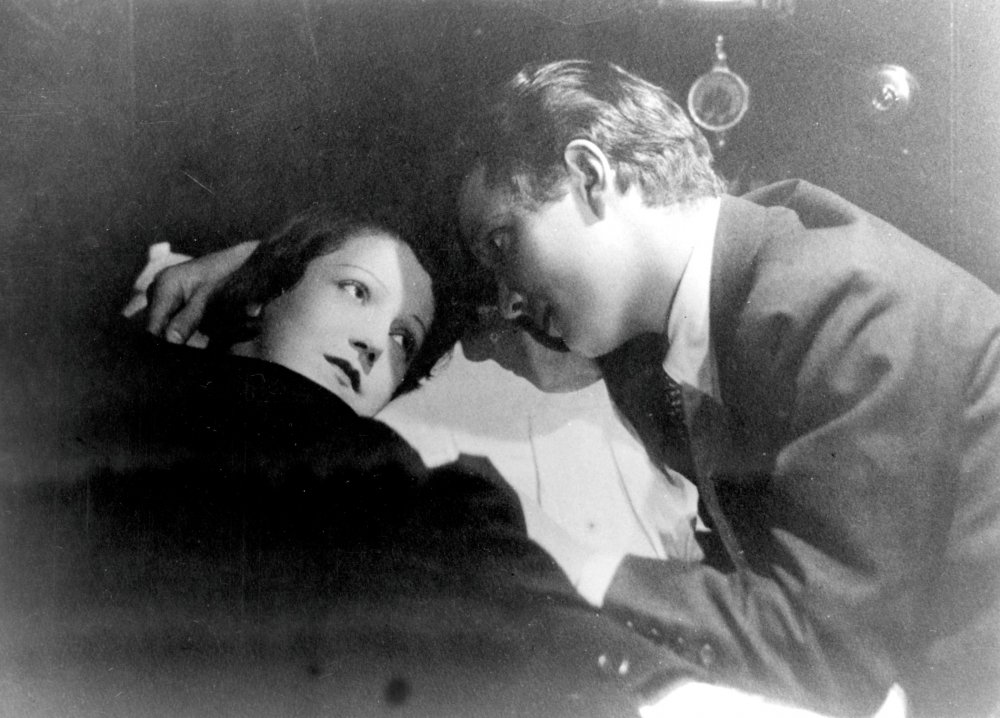 From this I run to see Rotaie (Rails), made in 1930 by Mario Camerini. I’ve seen only one of his films before but, as Paolo Cherchi Usai noted in introducing this one, it begins in media res with a tracking shot of a couple walking down a street – which is as beautiful as the silent Chinese films of Wu Wonggang – as if the man and woman can hear the drum beat of fate. They intend to commit suicide, but a train suddenly whizzes by and spills their poison. And so they must live on. For at least the first 30 minutes, I was afraid to blink in case I’d miss something of this great film, a considerable discovery for me.

Then, in the same theatre – the Sheridan Opera House, which is like the Funambules in Les Enfants du paradis (1945) – I see the world premiere of Oka! Amerikee, a riff on ethnomusicologist Louis Sarno’s experiences recording the lives of a tribe in the Central African Republic. Kris Marshall gives a manic, slightly trippy performance in the lead, and the film’s tone tries – and fails, in my view – to marry clownishness, romance, and mockery of the white man’s attempts to go native.

Then, in the same cinema – and I am sitting in the front row – after 30 minutes of clips from 8½ (1963), The Leopard (1963), The Girl with the Suitcase (1961), Fitzcarraldo and Once Upon a Time in the West (1968), Claudia Cardinale walks out before us. We couldn’t not stand and applaud. She’s dressed in black, with sequins and tinted glasses, on this little stage, like Lola Montès (again). She speaks for half an hour, and receives a medal from Werner Herzog. 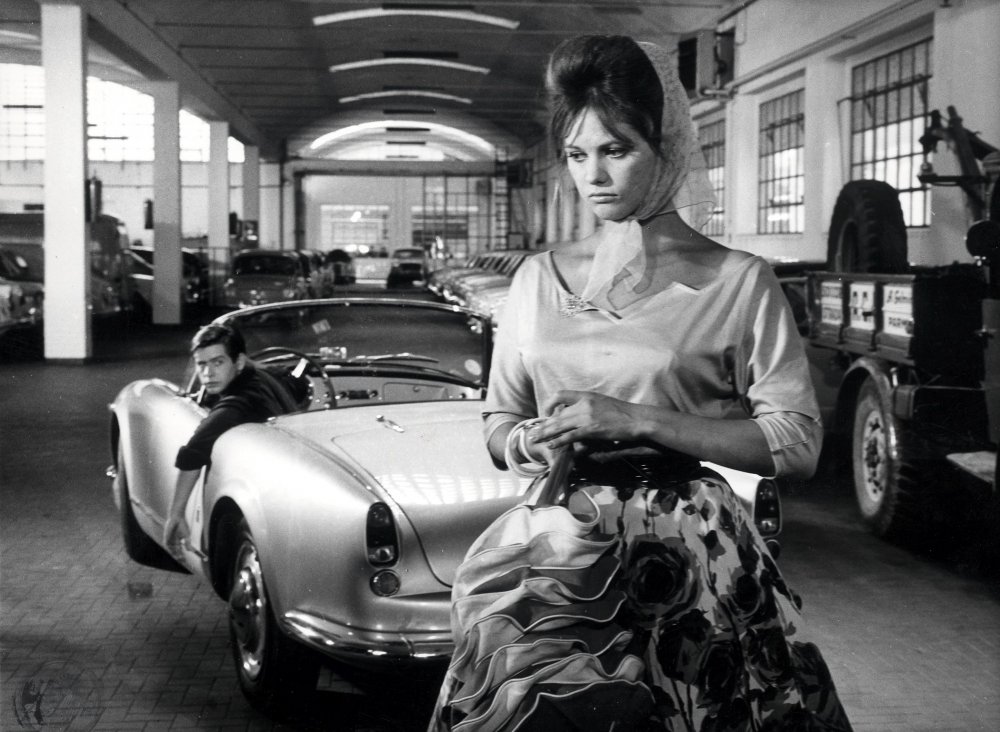 The Girl with a Suitcase

Then I watch Valerio Zurlini’s The Girl with a Suitcase. The first thing Cardinale does in the picture is have a piss by the roadside. Then she’s dumped by her rich playboy. Then she meets his younger brother (Jacques Perrin), who falls for her but doesn’t quite know he’s doing so, because he’s 16, because he’s so bien elevee and polite that his concern is for her welfare rather than his heart. Zurlini likes to watch Cardinale walk as Hitchcock liked to watch Montgomery Clift walk, and the set-piece conversations between her and Perrin are as intense as those between Clift and Elizabeth Taylor in A Place in the Sun (1951). The film’s structured around them. Maybe it’s the altitude, or the beauty of Cardinale and Perrin, who vie to outdo each other in the allure of their eyes and skin, but my breathing gets shallower as the film goes on. The finale, on a beach at dusk, after a lot has been said and pretended and imagined and feared, made me feel 16 again.

The next day brings two more screenings of my film, then Border (2009) by the Armenian director Harutyun Khachatryan, a wordless film with elements of Farrebique and Tarkovsky and Pardjanov and Au Hasard Balthazar (1966), in which the central character is water buffalo intuiting the world around it, hearing and half understanding the blows to the head in a slaughterhouse. The Border of the title is a political one, between Armenia and Azerbaijan. We see its barbed wire. The buffalo comes up against it one wintry day, at the climax of the film, after it escapes captivity, and romps through snowy fields. At this moment, a terrifying drumbeat begins, like the one in Haneke’s Code Unknown (2000). It is the sound of portent. And then we see a newborn calf, blinking in the morning sun, as firemen trek through the early mist and smoke, searching to clues to why the farm has burnt down. At times, Khachtatryan’s film is as ineffable as Stalker (1979). 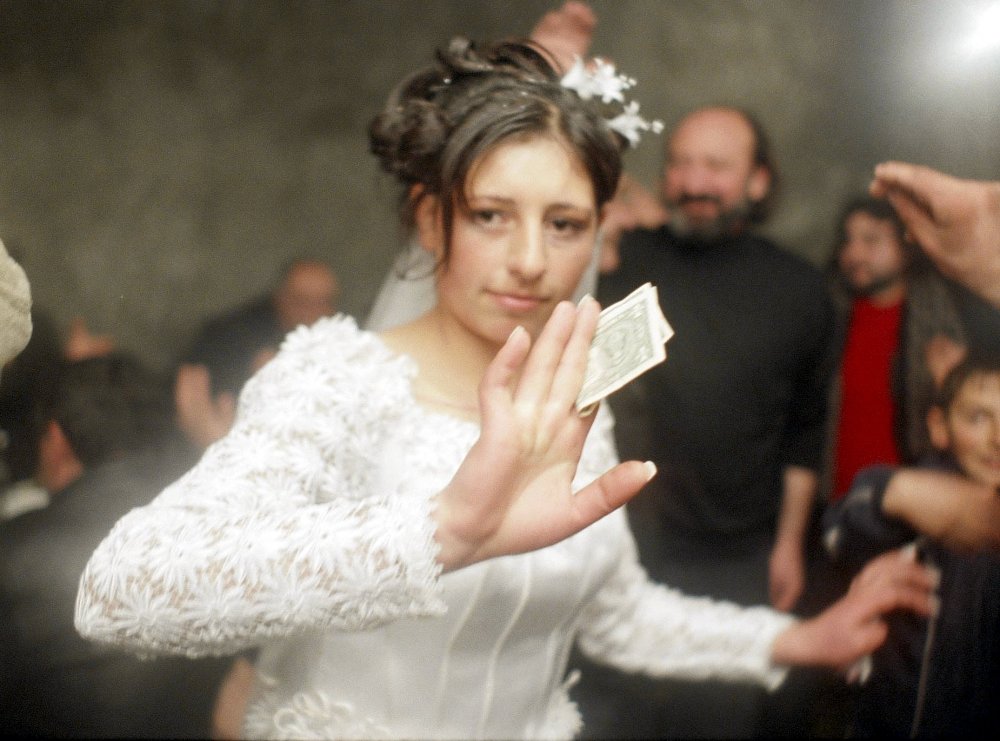 When I was a boy I used to have a nightmare that I would run out of cities in the world to visit. As an adult I sometimes dream that I’ll run out of great film-makers to discover, or realms of the state of cinema to explore. Seeing Rotaie and Border and Girl with a Suitcase in Telluride in one day showed me that I need not fear.