Our writers tally their best discoveries, on- and off-screen moments and personal encounters of the festival. 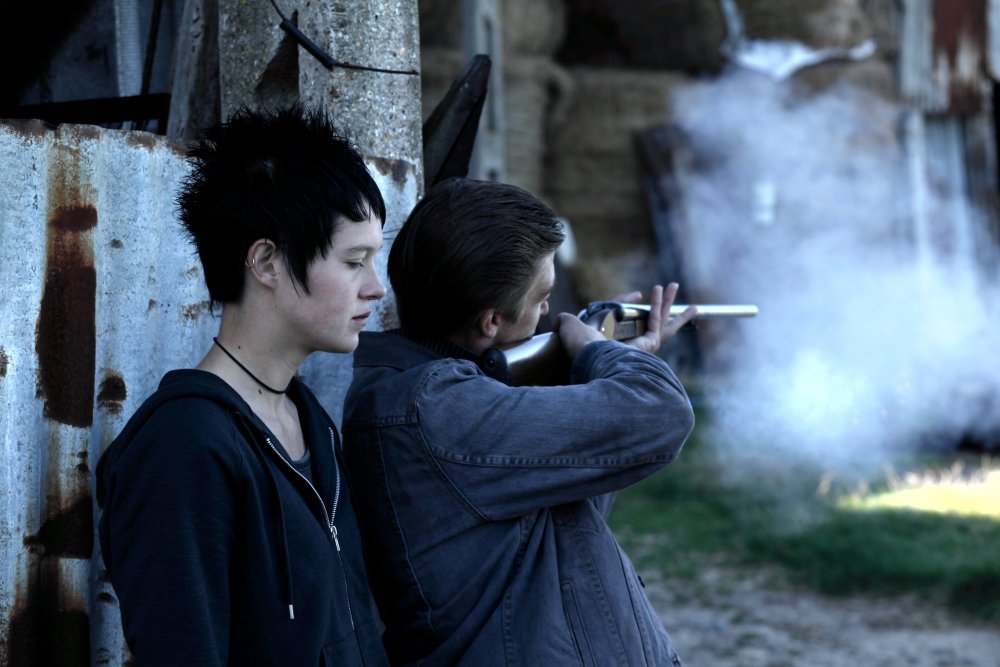 Bruno Dumont’s Hors Satan (Outside Satan). Not very keen on his last feature, Hadewijch, I approached this with caution, but soon surrendered to its capital-M Magic. Telling the story of a friendship between an emotionally damaged young woman, Her, and a middle-aged man, Him – the latter a figure straight out of Pasolini (think Theorem) who embodies both the goodness and cruelty of nature, and becomes a sort of fallen guardian angel to Her – the film is utterly mesmerising, mysterious and brutal, typical of this director’s highly idiosyncratic worldview.

And it’s elevated to the sublime by the outstanding cinematography of Dumont’s usual collaborator Yves Cape. Painterly panning shots show the characters engulfed by the grandeur of the northern French coastal landscape; they’re contrasted with close-ups on the typically marked features of the protagonists’ faces, at once uncanny and opaque yet almost see-through (as in Her’s pale skin).

Opening up to potentially limitless readings, Hors Satan is the embodiment of what film festivals do best: enable discovery and surprise.

I was very impressed by Snowtown, the debut feature by Australian director Justin Kurzel, about the real-life ‘Bodies in barrels’ serial killings in Australia in the 1990s. There’s no question that it’s a troubling film, and at times very tough to watch, but I found it to be an entirely responsible one, and the sense of unease it imparts is in large part due to Kurzel’s brilliant control of tone, rather than any cheap excesses.

And Daniel Henshall’s incredible, frightening central performance deserves to see him break through like Eric Bana after Chopper or Russell Crowe after Romper Stomper. It will be interesting to see what he, and Kurzel, come up with next.

With shades of Catfish and The Thin Blue Line, Carol Morley’s Dreams of a Life is one of those films that leaves audiences stunned, then talking about the film for weeks. Intimate, universal yet ultimately mysterious, in questioning how the death of a sociable young woman could go undiscovered for so long, the film makes us look around ourselves.

Snowtown and Dreams of a Life are two real-life mortality tales that got right under my skin, and break fascinating formal ground.

My other discovery – new to me – was Emile de Antonio’s 1964 Point of Order!, a tautly edited and gripping digest of the Army-McCarthy hearings of a decade earlier. Besides offering the spectacle of a rather off-kilter courtroom procedural, it slowly and subtly built as a record of a once-mighty bully meeting his nemesis, in the unlikely form of lawyers for the US Army. Democracy works occasionally in strange ways.

Some of the best films in the festival I’d already seen in Cannes, and while I loved the delicacy of tone that distinguishes Alexander Payne’s The Descendants, because of Sideways that perhaps wasn’t so surprising.

But Darwin, a documentary made by Nick Brandestini about a small community in Death Valley, was a real find; though fairly conventional in terms of style, its unshowy humanity, which forestalls any freak-show aesthetics creeping into its portraits of genuinely eccentric people, is something to treasure.

Justine Waddell in Target, a vivid presence in an unforgettable, dizzying, absurdist satire about unlimited desire.

Hands down Bruno Dumont’s Hors Satan. Probably his greatest film, it’s a brilliant distillation of his customary themes and preoccupations. It shows Dumont is world-class, right now at the top of his game. 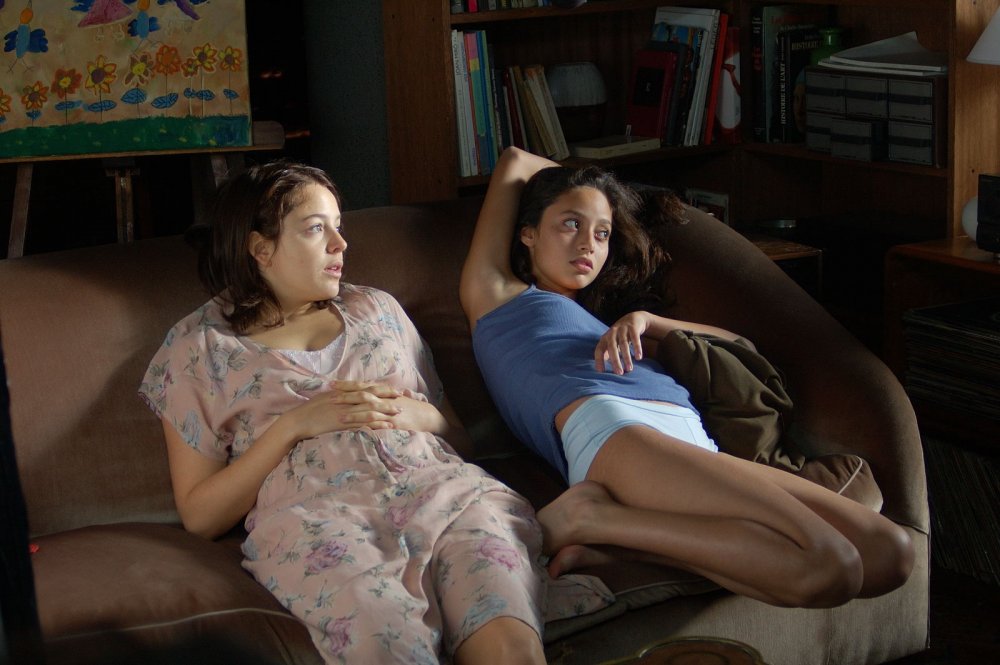 Mercedes Mumenthaler’s Back to Stay was my discovery of the festival – and my favourite moment was when the three grief stricken sisters listened to their grandmother’s vinyl of Bridget St John covering John Martyn’s ‘Back to Stay’ and the film’s English title made perfect, crystalline sense (having beforehand seemed a mysterious rendering of the original Abrir Puertas y Ventanas).

It still seems mysterious – the transmission of obscure English folk, including a Vashti Bunyan rarity, to Argentina – but a perfect mystery in keeping with the fairytale trope of three sisters.

Perhaps the deeply cuckoo outdoor kabuki tribute by an ex-pat Japanese couple living in Bulgaria to that country’s former king and now former president Simeon II, performed against a decidedly fake socialist-realist farm-scene backdrop, in Andrei Paounov’s bone-dry and beady-eyed documentary The Boy Who Was a King. The film constituted a litany of such deadpan encounters with motley Bulgarians, intercut with expertly assembled archive footage dating back to Simeon’s ascent to the throne at the age of six.

As with the latter, you could also hear the audience struggling to commit to memory the best quips in the Surprise Film, Whit Stillman’s Damsels in Distress, which some felt was a controversial choice for the Surprise Film slot, but I for one loved. Where the likes of Juno feel cynically jaded in their arch, sassy young heroines, here there was genuine wit, warmth and humour, with Greta Gerwig the best of a great cast.

Too many lines to cite here, but special mention must be made for Megalyn Echikunwoke’s recurring dismissal of the film’s male characters as “playboy-operatOR types”, delivered with emphasis on the final syllable as though it were an elocution-lesson exercise.

I absolutely loved Ewan McNicol’s documentary short Missing, about pet detectives and animal telepathists operating in California. I found it a joy, though I’m not sure I should have been laughing so hard at the litany of failed searches and bumbling animal psychoanalysis. By the end McNicol shows that the animal rescuers have as much personal anguish invested in tracking down missing Mimi and Truffles as their distressed owners and, with that, my cynical superiority melted into a kind of respectful sympathy.

In Mathieu Amalric’s The Screen Illusion – an adaptation of Pierre Corneille’s seventeenth-century play transposed to Paris’s Hotel du Louvre – the female protagonist Isabelle (Suliane Brahim) is betrayed by everyone around her. She drags a set of golf clubs through a car park and sets about pulverising the sleek bonnet of a car belonging to her closest enemy.

We hear the original text of Isabelle’s soliloquy interspersed with screams of fury and the sharp reverberations of metal against metal – but the best moment comes when Isabelle removes a fire-safety axe from inside the golf case (stolen, we assume, from the hotel lobby). The wry humour of Corneille’s play is ghosted here, absurdity easily intermingling with the rapture of madness.

A group of imperturbable and resilient ants determined to lift a piece of food about six times their size all the way up Ozu’s gravestone in José Luis Guerín’s Letter to Jonas Mekas in Correspondence. You could feel the acute concentration of everyone watching at the NFT3 – a unanimous gasp when they missed the top for the first time, and a palpable, even giggly relief when they finally made it.

I could cite any one of maybe a dozen magnificent moments in Nuri Bilge Ceylan’s Once Upon a Time in Anatolia but I’ll leave that to my old pal Geoff Andrew.

Two marvellous cramped-room scenes: the sudden appearance of the village elder’s astonishingly beautiful daughter (magical, mysterious and profoundly resonant) in Once Upon a Time in Anatolia (magical, mysterious) and the wonderfully subtle ethical debate about an erroneously awarded prize (hilarious, relevant and thought-provoking) in Joseph Cedar’s Footnote.

I love almost every inch of This Must Be the Place (Paolo Sorrentino), but particularly the scene in which reclusive middle-aged goth star Cheyenne (Sean Penn) is pushing his trolley around an Irish supermarket in full make-up and platform boots to the amusement of local shoppers. 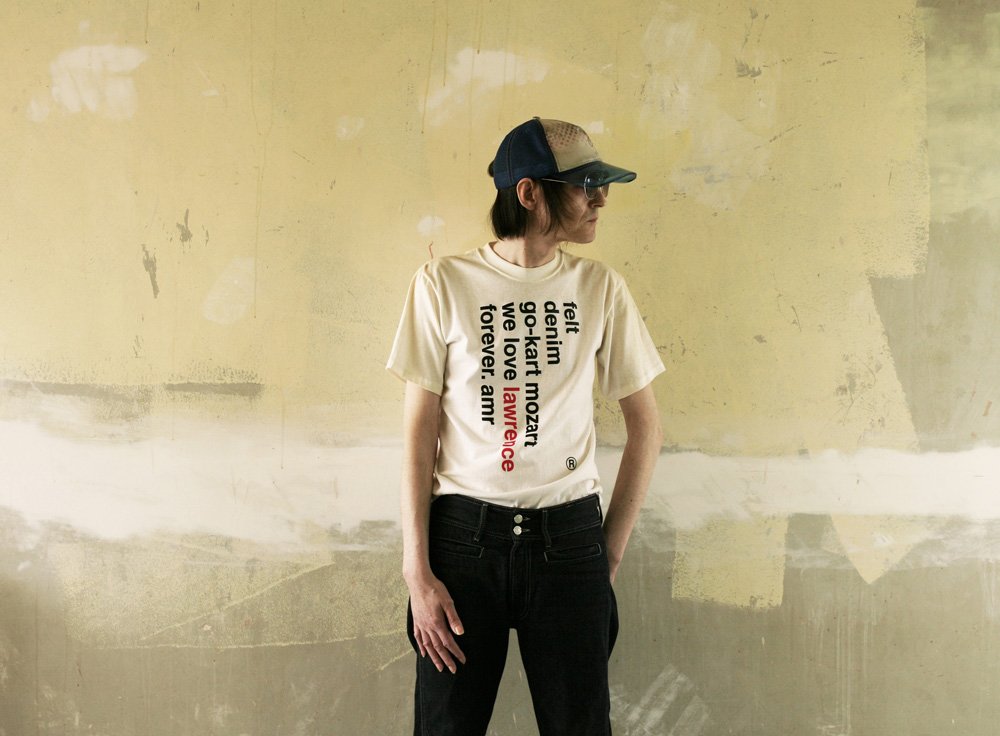 Talking of middle-aged popstars, the appearance of Lawrence (of Belgravia) in his gold satin jacket onstage for a Q&A with his more soberly dressed director Paul Kelly was both funny and moving. As LFF programmer Michael Hayden put it, “He appears as, perhaps, he always has; a man out of time, touched by rare genius.”

I’ve mentioned most of the best in my blog posts already, but I enjoyed running into Archipelago director Joanna Hogg a lot and finding we agree about a lot of films, and Greek director-producer Athina Rachel Tsangari gave me a good idea that I hope to pursue. Back-to-back interviews with David Cronenberg and Nanni Moretti provided a very stimulating day that kept me very much on my toes.

During the Animated Shorts for Younger Audiences event, a delightful episode of the Hungarian children’s series Pretty Kitty’s Flower (A Nègyszögletü Kerek Erdö, Vacskamati Viràgla) screened without the usual headphone translation for kids who cannot yet read subtitles.

Realising that the film was going to continue to the end without voice-over assistance, I was suddenly required to explain to my confused daughter what was going on with Pretty Kitty and her flower. I soon realised I could narrate whatever story I wished to tell and, for a brief moment, felt like Eric Thompson re-versioning Le Manège enchanté into The Magic Roundabout.

An ongoing moment: sharing with an array of ‘serious’ film professionals throughout the course of the festival my appreciation of the intensity and precocious ‘acting’ skills of the five-month-old baby in Pablo Giorgelli’s superb, Sutherland Trophy-winning Las Acacias. Undoubtedly the most unexpected buzz of this year’s LFF.

Terence Davies’ very touching closing-night tribute to departing LFF artistic director Sandra Hebron, when they were on stage together immediately prior to the screening of The Deep Blue Sea.

Sandra Hebron reading out a letter from Iranian filmmakers protesting at the incarceration of Jafar Panahi and others. We mustn’t forget them.

Meeting Jake Williams, the subject of Ben River’s beautiful film Two Years at Sea. We were both dressed all in tartan and he wasn’t wearing any socks. A lot chattier than his on-screen persona, Jake told me all about his plan to reconstruct a Victorian fairground ride called The Rib Tickler. I’ll be first in line to buy a ticket.

Encounters with two warm and enchanting Argentines. The first, a catch up at the Sight & Sound Gala party in Soho with the charmingly diplomatic and always knowledgeable film critic Diego Lerer.

And the second, a very enjoyable interview with the director of Las Acacias, the generous and humble Pablo Giorgelli (who was with his delightful wife, María Austrauskas, the editor of the film) at the Mayfair Hotel. He discussed at length the specificities and extent of Las Acacias’s five-month-old baby’s talent (see my favourite off-screen moment, above).

Dragging UCLA archivist Ross Lipman across town from the South Bank to Soho as an impromptu guest at the S&S Gala party late one Friday night.

I’d introduced myself beforehand by reminding him that I’d attended a class (on experimental cinema) he’d guest-lectured at my film school a few years ago; he racked his mental archive for all of four seconds before reminding me that, no, I’d signed up for the class but then never attended. (True: it was my last term and I’d had to knuckle down to work.)

A toss-up between my interviews with Yorgos Lanthimos and Albert Serra.

Hosting the ineffably cool and charming genius Luc and Jean-Pierre Dardenne at the Sight & Sound gala screening of The Kid with a Bike. What they don’t know about cinematic storytelling isn’t worth knowing.

Oh and a last note in appreciation of Sandra Hebron. I really do think that this year’s selection, her last as Creative Director of the LFF, is the best I can remember. She deserves every accolade that will no doubt be showered upon her.