The doyenne of Hollywood costume designers was a perfect perfectionist match for the Master of Suspense. 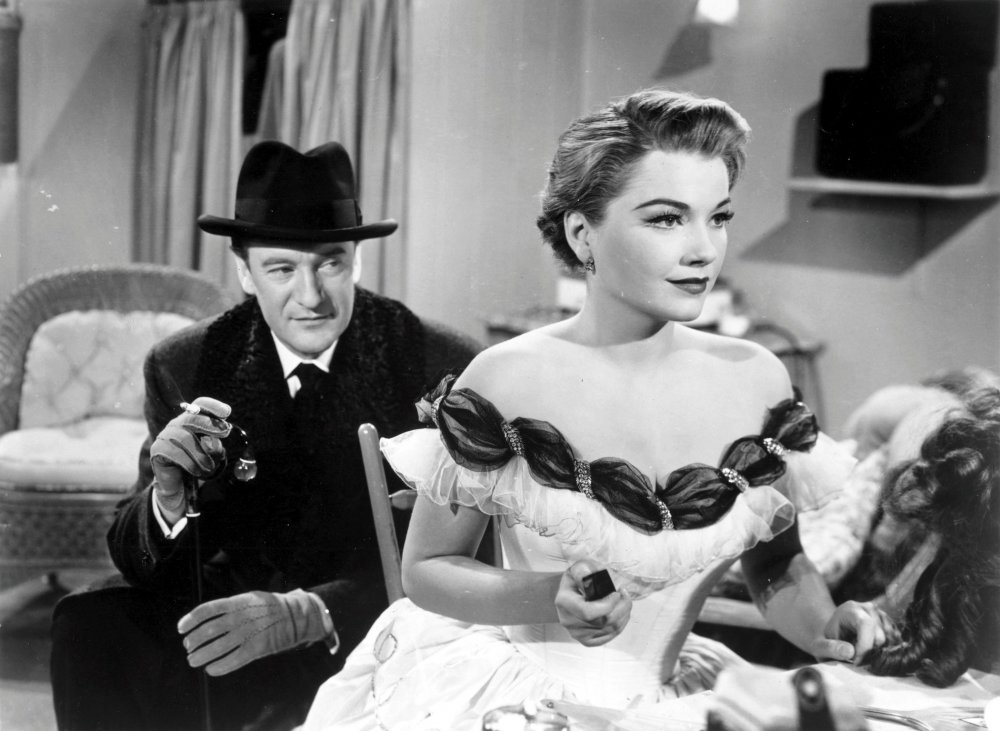 A Creative Collaboration: Edith Head and Alfred Hitchcock took place at the BFI Southbank on 13 October 2012 as part of the London Film Festival.

“Next to a tenor, a wardrobe woman is the touchiest thing in show business,” warns Thelma Ritter’s Birdie in All About Eve, chastising actress Margo Channing for letting an outsider deliver a costume to Mrs Brown in Wardrobe.

Eight-time Oscar-winning costume designer Edith Head was no wardrobe mistress, but as Deborah Nadoolman Landis made clear in her London Film Festival lecture on the collaboration between Head and Alfred Hitchcock on Saturday, she was no shrinking violet either. Lacking skills as a draughtswoman, the young Head clinched an interview at Paramount Pictures by passing off as her own the costume sketches of fellow students at Chouinard Art College. In Nadoolman Landis’s words, she was hired “on chutzpah alone”. 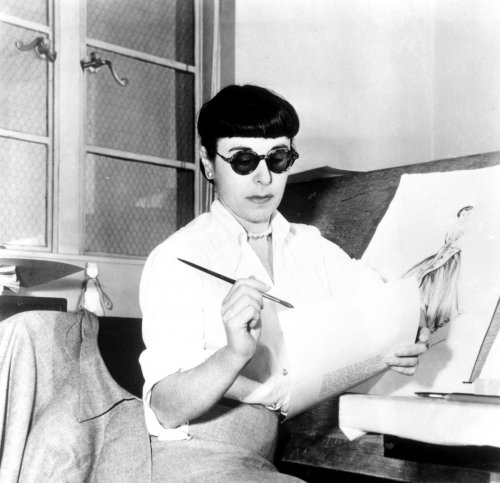 Naturally ambitious, Head hardened with long experience and came to feel proprietarily about her role in Hollywood. Speaking of her disappointment at the results of the 1956 Academy Awards, she attributed the success of Love Is a Many-Splendored Thing to its “very popular theme song”: “so it carried a number of awards that year, including what should have been my costume design award. That may sound egotistical, but a creative person must have a healthy ego.”

As a costume designer herself (The Blues Brothers, Raiders of the Lost Ark, Trading Places) and curator of ‘Hollywood Costume’, which opens at the Victoria and Albert Museum later this month, Nadoolman Landis provided rich insight into the bread-and-butter of the profession. Tracing first Head’s rise to fame as lead designer at Paramount, and following with an appraisal of her designs for eight Alfred Hitchcock films, Nadoolman Landis disabused her audience of a number of misapprehensions about the business – primarily that good costume design has anything whatsoever to do with fashion.

Fashion is for many people the attraction and the gel to clothing in cinema, but a conflation of the two has always worried the costume designer. Head, in her time, was criticised for her perceived conservatism and ignorance of contemporary fashion currency, nicknamed ‘Queen of the Shirtwaisters’. In fact, it was studio regulation never to mirror extant caprices of dress lest it date a film in years to come. (There are instances where such fears were realised; the sumptuous and well-researched replication of nineteenth-century costume in David Lean’s 1965 Doctor Zhivago is spoiled by Julie Christie’s backcombed beehive. You can almost taste the fixative!) 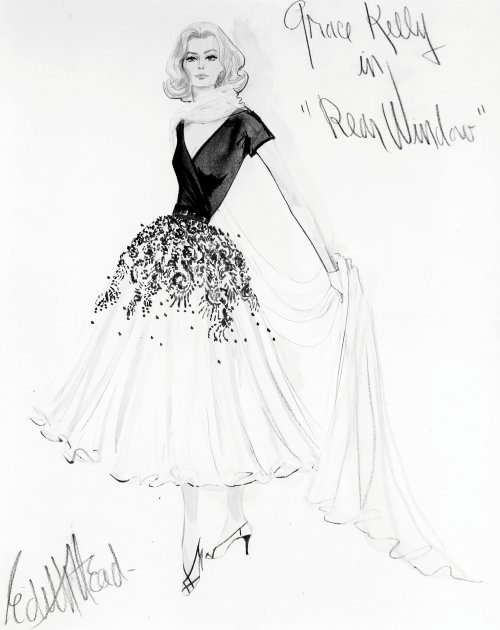 To understand this is to give one’s instinctive appreciation of costume design a proper airing. As Nadoolman Landis reflected, “every film is a costume picture”. Costume is as important unnoticed as noticed, and Hitchcock knew this well. He made an enemy of what he termed ‘eye-catchers’ – garish colours and bold designs that drew the eye askance of action – so that working for Hitchcock was, in Head’s remembrance, “an education in restraint”.

But where Edith Head is at her most interesting is not in her talent for concealment, nor particularly in her gift for sifting a director’s instructions, but in her association with films that themselves explored, as she did, the articulacy and intrigue of dress. Again, it’s an association largely thanks to Hitchcock, and it’s perhaps the reason her designs we most remember are the beguiling disguises of Ingrid Bergman’s secret agent in Notorious, the grey suit worn by Kim Novak’s self-vanquishing Madeleine in Vertigo, or the uber-brilliance of Grace Kelly’s gowns as a wealthy fashion editor out-of-place in Rear Window.

Hitchcock was drawn to the suggestive power of costume, and its persuasion over his characters and actors alike. He made no allowance for the tailoring tastes and wisdoms of the members of his cast, which Head had been used to heeding when dressing the likes of Mae West and Betty Hutton. 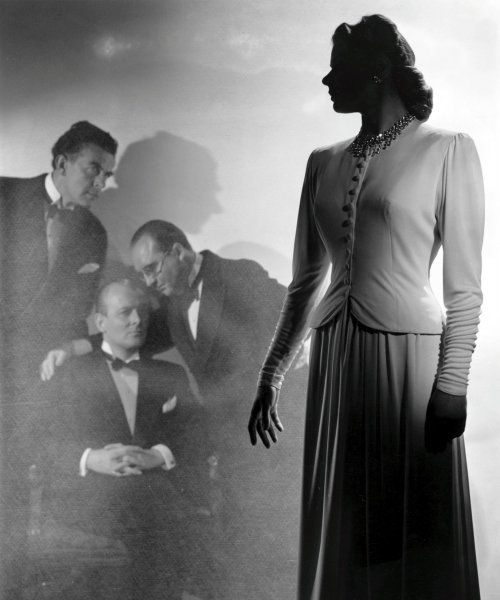 A promotional shot for Notorious

Part of Head’s genius was reconciling Hitchcock’s leading ladies to their wardrobes, allowing them to feel they’d had a hand in the smaller details of their outfits. Recollecting her experience on The Man Who Knew Too Much, Doris Day said of Head’s work: “The clothes were not right for me, but they were just right for what a doctor’s wife would wear, and that’s what I was playing.”

Novak, similarly, credited her Vertigo costume with helping her to adjust to the dual role of Madeleine/Judy: “[That] grey suit… helped me stand so straight and erect, the way Edith had built it. I hated that silly suit, to tell you the truth, but it helped me feel uncomfortable as Madeleine.”

Head was well-practised in sartorial storytelling, borrowed by Joseph L. Mankiewicz in 1950 to work on Bette Davis’s costumes for All About Eve – a film not mentioned at Saturday’s event but which is from beginning to end a dissertation on costume and the actress.

The film’s eponymous ingénue, Eve, uses clothes as a cheat to stardom. Like any costume designer, she understands the insinuating power of dress, hanging about the stage door in her calling-card raincoat and hat. Eve’s relationship to clothing is visceral and obsessive: when she’s caught in the act of trying a stage-costume against her own shape, she gathers it up in her arms, all hoops and white foam, as delicately as though she feared she might hurt it. 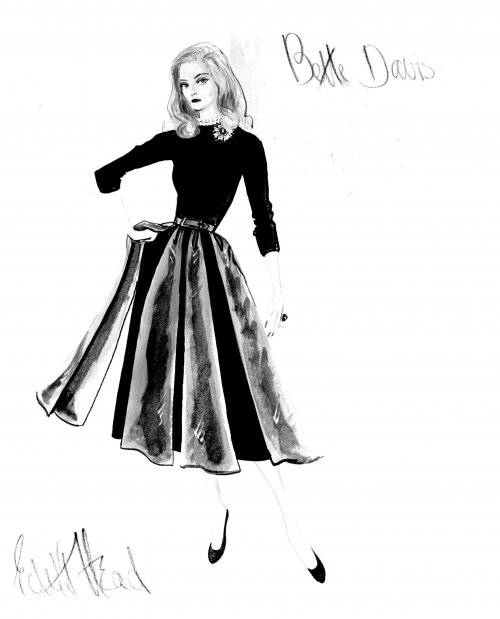 Edith Head’s design for Bette Davis in All About Eve

Eve believes in surface, in adornment as access to everything it contains for another woman more successful than she, more accepted by the milieu she hopes to enter. In leaps and bounds by costume – refitting Margo’s plaid cast-offs to her own form; in a copycat dark dress at the infamous, inclement party – Eve ingratiates herself into the affections of the theatre world.

The deliberateness of her self-costuming finds its opposite in the established Margo. Margo is careless with her appearance, loses earrings and forgets to mind the seams of her tights. In this early dressing-room scene, Edith Head – left to her own devices by Mankiewicz, whose only instructions, in stark contrast to Hitchcock’s, were to “Do what you think is right” – establishes Margo as someone for whom clothes no longer signify; an actress so assured of her status and with so great a sense of belonging that she is happy to be seen by husband, friends and strangers in a dressing gown, wig tape and face cream.

Margo’s state of undress announces her immunity to the illusions and favours of clothing: she’s what they call a natural. As Addison DeWitt narrates at the film’s opening: “She made her first stage appearance at the age of four in A Midsummer Night’s Dream. She played a fairy and entered, quite unexpectedly, stark naked.” No skin is better suited to Margo than her own. 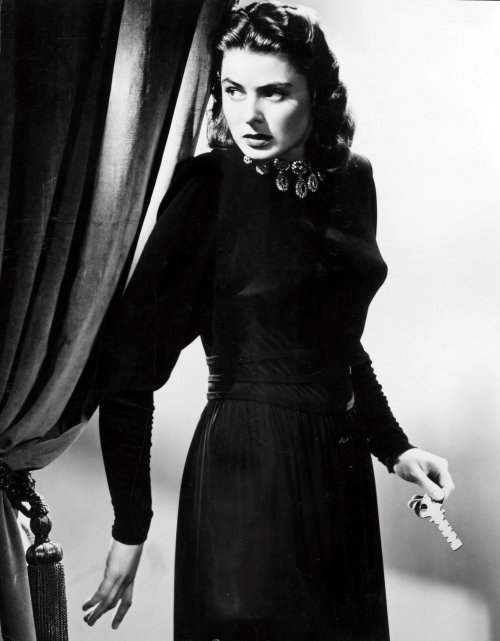 All About Eve is a distillation of the eloquence of film costume design, and its transfigurative, material reality for the actors and actresses who wore it. Costume, after all – unlike voice, body and movement – is the only thing not shared by a actor and his part: it belongs to the part alone and is the sublimation of his identity. As costume designer Sandy Powell wrote in her introduction to Jay Jorgensen’s monograph of Edith Head, “About 80 per cent of what a costume designer does is psychology; only 20 percent of it is art.”

Knowing this, Edith Head was a perfect match for Hitchcock, and it’s something of a feat that she was hired again and again by a director famed for his control and precision. Designing 40 films a year for over four decades, the most intuitive and put-upon of costume designers in Golden-Era Hollywood – indeed, that ever worked – Head was to gain as much a reputation for perfectionism as her patron.

Related to The same cloth: Edith Head and Alfred Hitchcock