Charged by the hardships all around in Greece and abroad, this documentary festival packed a punch. 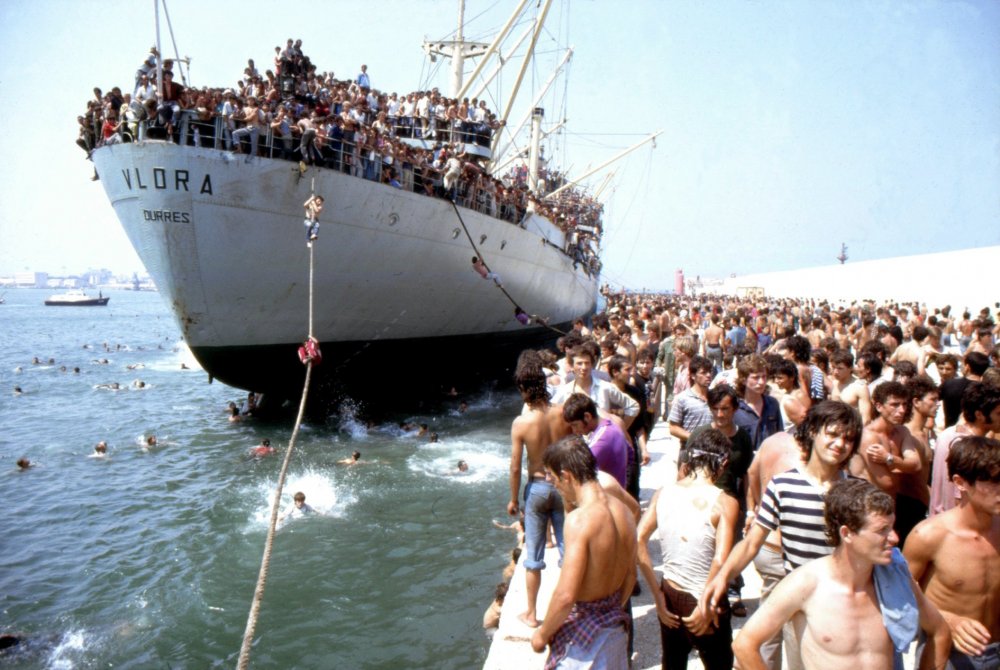 Started back in 1999 by founder-director Dimitris Eipidis as a brave idea with few resources, Thessaloniki Documentary Festival has grown over 15 years with tribute programmes, elegantly interspersed talks, a pitching forum (organised by the European Documentary Network), online streaming outreach and other initiatives. Running at both the Olympion theatre and the venues down at the port, this year’s edition celebrated not only the art of the documentary – via a tribute to the work of prominent Chilean director Patricio Guzmán and a rich programme of films from across the world – but also the festival’s own ‘fascinating journey’, as the title of a retrospective programme had it.

Many of the films rekindled half-remembered old human-news incidents and tragedies. For instance, Daniele Vicari’s tender and moving The Human Cargo (La nave dolce), one of the highlights of the Human Rights strand, tells the story of a mass emigration from Albania shortly after the fall of the Communist regime. On 8 August 1991 the merchant vessel Vlora arrived in the port of Durres from Cuba; as its 10,000-ton cargo of sugar (hence the Italian title) was being unloaded, 20,000 people assailed the ship demanding the captain take them to Italy for a better future. The next morning the Vlora entered a stunned port of Bari with its passengers crying “Italia, Italia” and making V-for-victory signs. Unable to handle the mass of immigrants, the local authorities confined them to an empty football stadium before sending them back home. 1,500 managed to evade the police – and of course the crossings have long continued. 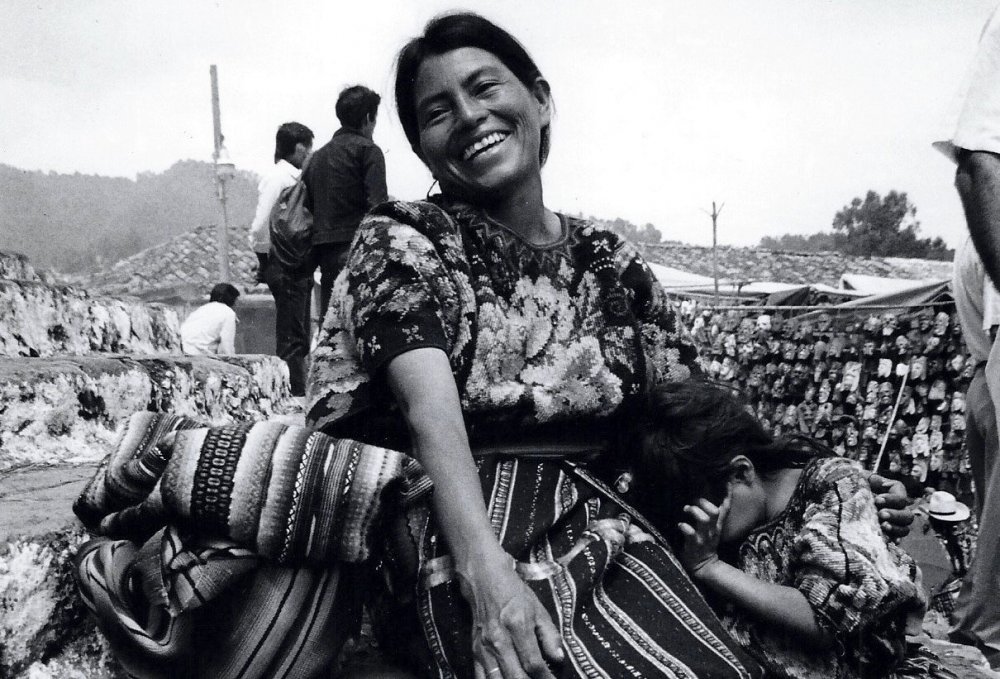 During a roundtable discussion via Skype entitled ‘From the Battle of Chile to Europe in Crisis: Mistakes, Precepts and Hopes’ Patricio Guzmán remarked, “It’s our responsibility to create documentaries with fantasy, building on the story, with characters who touch viewers.” His Battle of Chile trilogy (1975-1978) screened to packed houses. The director himself was unable to attend due to a recent injury, but his daily screenings indicated international solidarity.

As with the films of Anand Patwardhan, the Indian documentary director whose work was screened last February at the BFI Southbank, Guzmán’s direct-cinema technique provokes towering emotions and revelations. His 1992 film The Southern Cross, concerning liberation theology and ‘popular religiosity’ in Latin America, particularly moved me with its sound engineering, editing and subtle beauty. 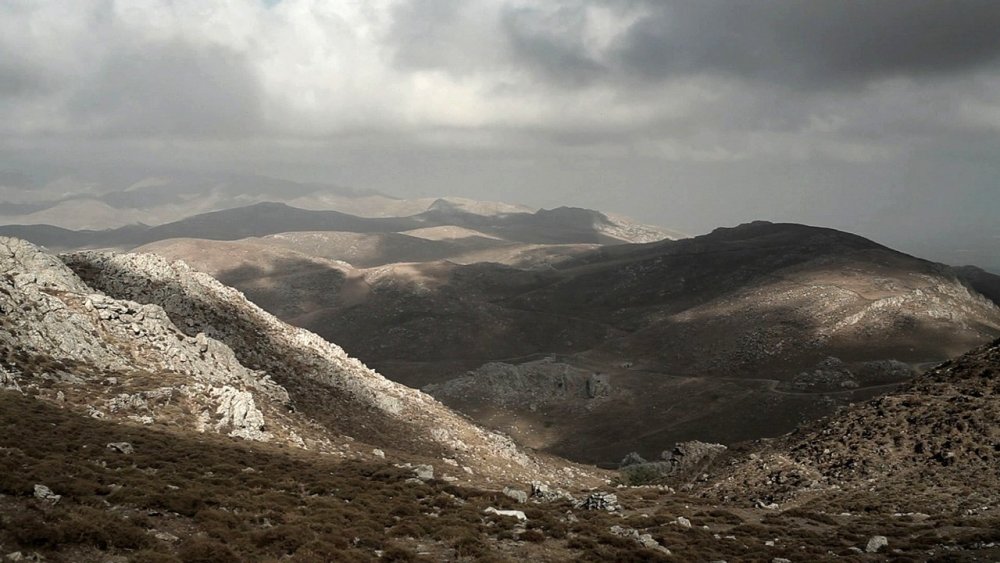 The Little Palace of Aoria

Just as Guzmán’s film vividly demonstrates how agriculture was like religion to the Mayans, so nine of 58 entries in the Greek Panorama approached the Greek crisis through the eyes of shepherds and grocers in isolated villages. Vassilis Panayotakopoulos’s The Little Palace of Aoria is the perfect example of people reconstructing a better future out of ruins – in this case the remains of an isolated village of Ethia in Crete’s the Asterousia mountains, where the filmmaker has family roots. Costis Zouliatis’s Anaparastasis: The Life and Work of Jani Christou (1926-1970) is an exemplary document of the little-known avant-garde composer’s ecstatic electronic work. And Gerasimos Rigas’ feature-length dance documentary Black Box beautifully captures the passion, skill and love of Greece’s State School of Dance students.

Elsewhere, Stella Alisanoglou examined the subject of disability and stamina with her exhilarating film The Multiple Gift in the Portraits: Human Journeys strand. The film delicately enters the life of Dimitris Papadoulis, who turned to writing after the diagnosis of multiple sclerosis ruined his dream of becoming a doctor.

British documentary filmmaker Kim Longinotto was represented this year with two films. Gaea Girls (2000) screened in the 15 Years TDF: A Fascinating Journey retrospective as part of a selection of unforgettable films that shaped the festival’s character and ethos. Her latest, Salma, takes us to a village in southern India whose closed-minded community hides away its pubescent girls under the pretext of ‘female dignity’, refusing them education and leaving them no choice but to marry. Salma herself was locked up by her parents for nine years from the age of 13, and once she agreed to marry she found herself under the control of her husband Malik’s family. Unlike most, though, she found escape in poetry. 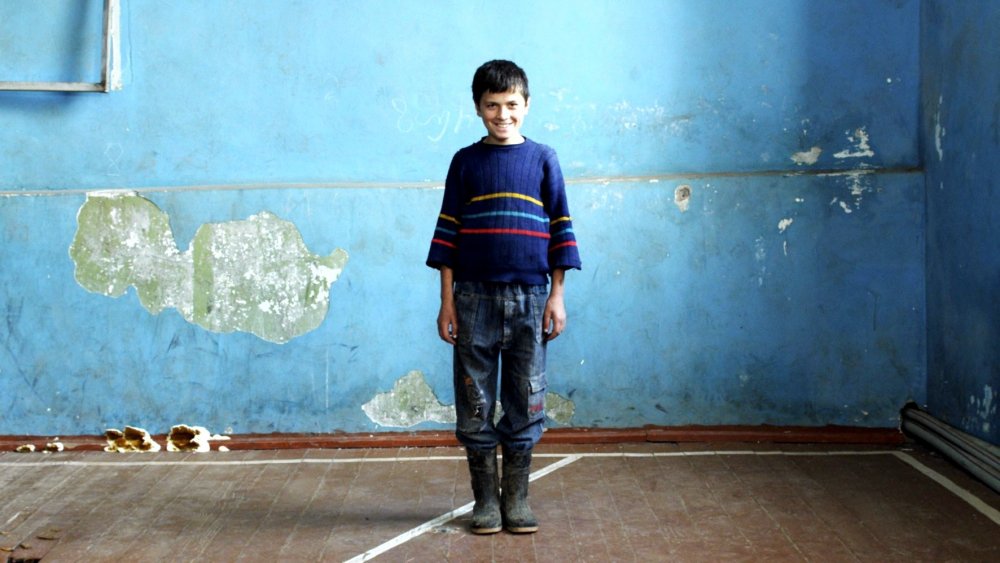 The Machine Which Makes Everything Disappear

Not simply another story about women, Salma perfectly captures the anger that boils up inside when narrow-minded establishments leave no room for dreams or desires. Similarly, Tinatin Gurchiani’s The Machine which Makes Everything Disappear (Manqana, romelic, kvelafers gaaqrobs), a portrait of self-selecting young Georgians who answered the director’s casting call, demonstrates how beautiful and difficult it can be to live up to one’s self-ideals and overcome life’s burdens.

All in all, I haven’t seen a more powerful festival programme than this year’s at Thessaloniki. The lineup of activities by the TDF team and international documentary filmmakers had a core scope: to look at the present, mobilise, make us wonder, think, worry and care. TDF has been a celebration of the art of documentary year after year, a photo album that shapes public memory with honesty and sensitivity, and one wishes it well for the future.