Leigh’s biopic of the great Romantic painter is a wickedly gruff late-life tragicomedy and class critique. 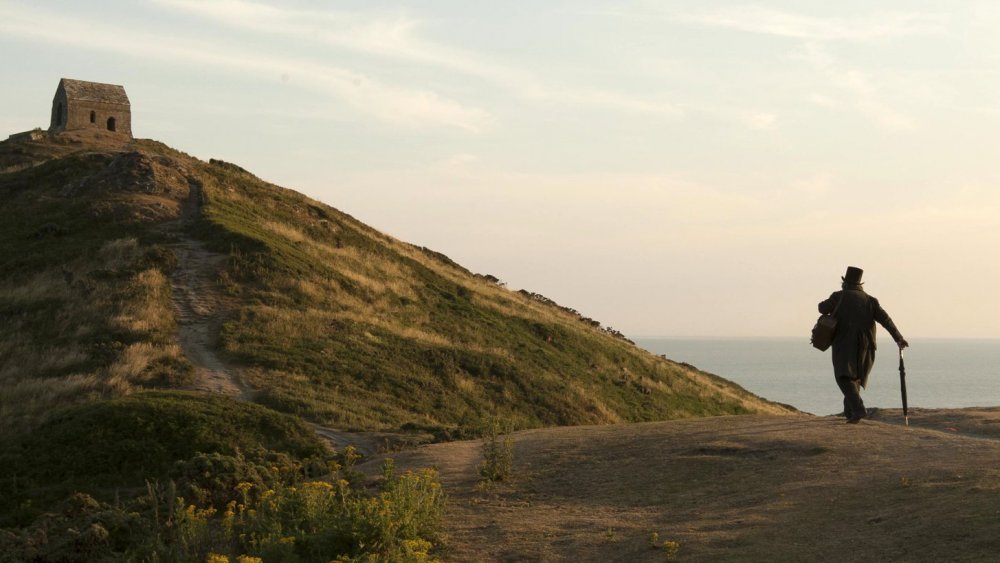 The basic question of veracity that underpins every biopic is complicated for most visual artists, but particularly so for the great British Romantic painter J.M.W. Turner. Due to the poor reception of his unconventional late paintings from the mid 1830s onwards, when he died in 1851 his reputation was not what it once had been. No close friend or contemporary art critic wrote a biography of his life and many contradictory accounts of his character arose. He has been christened an eccentric but also unremarkable: “Turner is a very uninteresting man to write about” complained A.J. Finberg when working on his biography in the 1930s. “His virtues and defects are all on the drab side. Everything interesting about him appeared only in his work.”

Given that position, is there a director more suited to the task of bringing Turner’s life to the big screen than Mike Leigh – a filmmaker who deals in the quirks and dramas of ordinary folk and who has already proved with Topsy-Turvy, his delicious portrait of Gilbert and Sullivan, that he can breath fresh life into the biopic? Mr. Turner is, to quote Sullivan in Topsy-Turvy, no “trivial soufflé” but a tragi-comedy and an acute social critique. Unlike the thespian duo, however, Turner was an artist of humble origins who, through his patrons, was well-acquainted with high society, allowing Leigh even more opportunity here to delve deep into Victorian mores.

Leigh’s film, as ever, is a spirited, intimate and funny character study, an artist biopic that avoids the trap of mythologising its subject (c.f. the Michelangelo of Carol Reed’s The Agony and the Ecstasy, or the Van Gogh of Vincente Minelli’s Lust for Life). Any notion that Turner’s personality, behaviour or appearance might embody the picturesque, gentle, romantic qualities that we know well from his paintings of moonlight ruins, seascapes or sunsets is thoroughly extinguished in the opening scenes when the artist, back in London after a painting trip to Holland, greets his housekeeper Mrs Danby with a growl of acknowledgment and a sudden, forceful grope.

Leigh balances this ambivalence by showing us a man whose position in the world is slipping away. He isolates the most intriguing part of Turner’s life – his mid-to-late years – when opinion of his work was at its peak and then began to decline as the images became more abstract. We see Queen Victoria denouncing his canvases and a popular theatre troupe lampooning his work – the latter injuring Spall’s Turner far more. But it was also a time when the Industrial Revolution was taking hold, challenging the traditional ways of life that Turner was so fond of sketching. In one magnificent scene, Turner visits a nascent photo studio, delighting in the lover of light’s contempt for the camera, a machine that can only capture an image if its creator is shrouded in darkness.

Almost everyone in the film is a target for comedy, not least of all the eccentric Turner himself, endlessly grunting and relishing fancy locution. But Leigh concentrates most of his distaste on the upper classes, skewering their pretentious discussions of art. John Ruskin, here complete with a lisp, is the most ridiculed of all despite the fact that he stayed loyal to Turner where many were hostile. In the midst of all the stiff, formal debates (which delight in Victorian language) Leigh rallies behind the plain-speaking Turner, often the most acute orator in the room. His is a gruff, acerbic presence not dissimilar to that of the film’s director, whose no-nonsense approach to period drama in Topsy-Turvy was to subvert it, “to do it with people scratching their arses and being in relationships for real.”

The depths of an artist’s creative mind may be the focus of most biopics, but here Leigh draws constant attention to his subject’s body, and not just Spall’s impressive repertoire of different hurumphs (which at times are rather animalistic). “Look at his nails!” squeals one of Turner’s patrons to her friend during a portrait sitting, as Leigh highlights the fact that the artist was very much of an object of amusement for Victorian high society. As Turner’s health declines, Spall’s nuanced performance fully captures his body’s gradual failing. 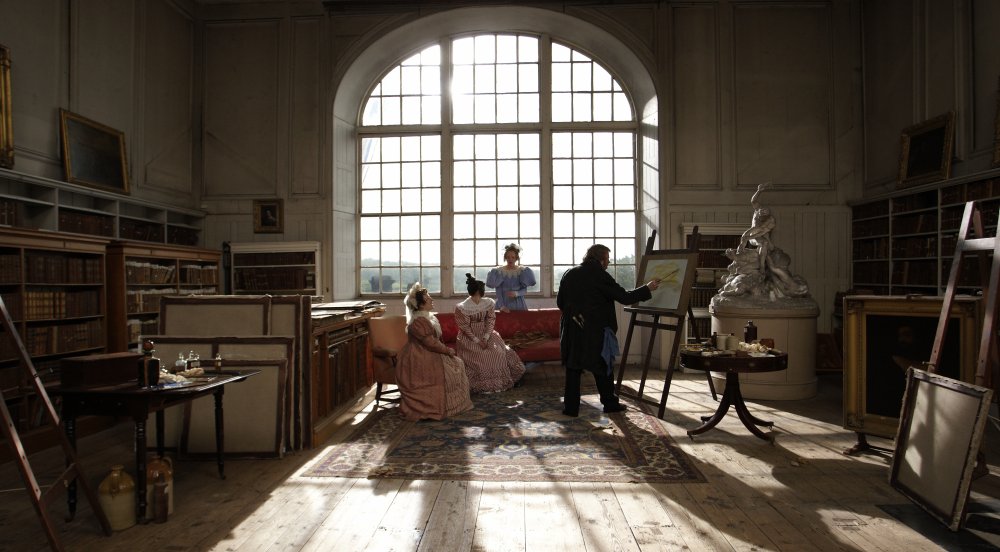 Also crucial to any artist biopic is its cinematography. Turner is convincingly shown as a compulsive painter (the film is bookended with such scenes), but how to approach a subject already associated with such a distinctive visual aesthetic? Most directors opt to echo their subjects’ style – Derek Jarman mimicking Caravaggio’s chiaroscuro, Peter Greenaway recreating Rembrandt’s tableaux, John Huston emulating Toulouse-Lautrec’s hues with filters and so on.

Leigh follows suit, paying close attention to the patina of light while also faithfully recreating a selection of Turner’s famous sun- and moon-lit landscapes and lesser-known interiors. Interestingly, though, the closest the film gets to recreating a sense of the sublime is when Dick Pope’s cinematography is at its furthest from meditative stillness and at its most fragmented and impressionistic, capturing Turner tied to a ships’ mast in the midst of a snow storm.

At the end, Leigh still refuses to succumb to hagiography. As so often, female characters are some of his most interesting, sympathetic creations and here shape our view of the artist. If his relationship with his mistress, the widower Mrs Booth, reveals a tender side to Turner, he is heartless in his treatment of Mrs Danby, his first mistress and the two daughters he refuses to acknowledge. Most artist biopics are too preoccupied with their subjects to consider the emotions of those people around them.

A jovial eccentric at times, surly and irritable at others, Leigh’s anti-heroic Turner has more of Naked’s Johnny in him than Topsy-Turvy’s Gilbert and Sullivan. “Don’t try to mask the dark side” was the advice Ruskin gave to Walter Thornbury when the journalist was embarking on the first biography of Turner in 1861 – words that Mike Leigh has certainly taken to heart.