Every film festival has its guilty pleasure. It used to be a film with delusions of artistic value, thus allowing critics to kid themselves; the historic Cannes screening of Vincent Gallo’s The Brown Bunny is the choicest example of that. These days no-one bothers to pretend. And as genuine as the anticipation has been here for new films from the Taviani Brothers, Miguel Gomes and Guy Maddin, the words on everyone’s lips in the shadows of grey Berlin have been “Iron Sky”.

Let’s face it, a film about Nazis from the Moon directed by a Finnish rock star, starring Udo Kier as a future Führer and with the tagline “The battle for the Earth is about to get Nazi”, is hard to resist. And the fact that we’re in Berlin, a city that not so long ago was still frozen in German Vergangenheitsbewältigung – the tongue-twisting struggle to come terms with its past – makes the festival’s inclusion of such teasing pulp all the more commendable.

So we’re led to believe that those Nazi rocketmeisters who after WWII joined the US space programme were merely the B-team, while the real geniuses facilitated the exodus of a Nazi community to the dark side of the Moon in 1945. In 2018 Hitler is long dead, but there’s a new Führer who plans to invade Earth.

Of course, the result doesn’t live up to the anticipation. Shaky plotting, acting light years beyond ham (as usual, Kier phones in – or should I say ‘beams in’? – his performance, only coming to life when yelling at a subordinate, “Ich heiße nicht Hitler!”), and a surprising scarcity of good jokes will deny it the status of cult classic. 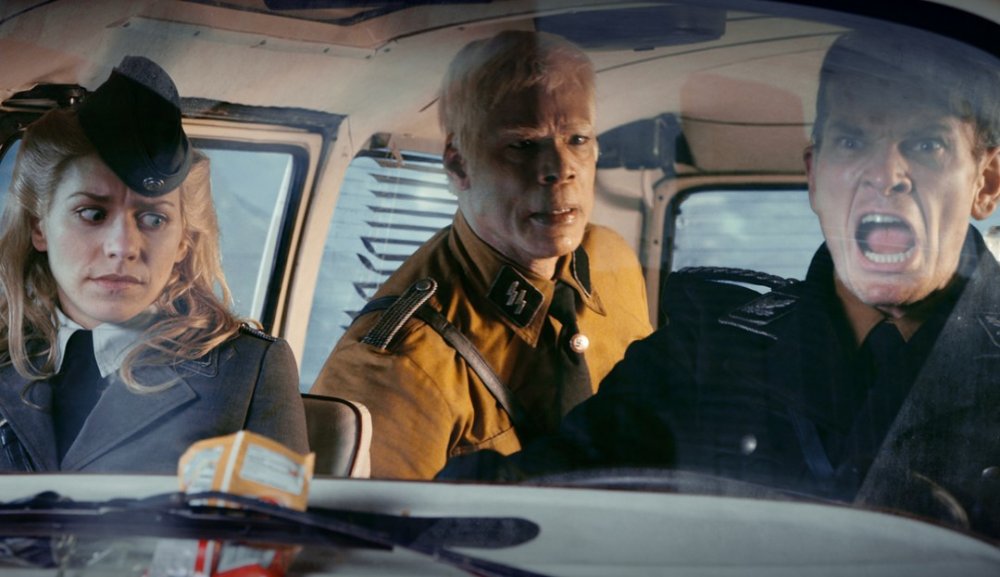 But it certainly has its moments. I particularly enjoyed the idealistic school teacher, whose commitment to National Socialism derives from her abbreviated viewing of Chaplin’s The Great Dictator (“the greatest short ever made”). Once the Nazi comedy has worn thin there’s unexpected satire on Earth, where the president is a Sarah Palin clone seeking re-election, and pleased as punch at the prospect of war with “the only guys we ever managed to beat in a fair fight.”

Director Timo Vuorensola marshals some terrific special effects, as the Nazi’s über-spaceship Götterdämmerung goes head to head with the SSS George W Bush. There’s an impressive patina to the lunar base design, and a fetishistic Rocky Horror Picture Show thing going on with the clothing, the strutting and the final showdown in high heels.

What the film really lacks is Werner Herzog – or the version of him by my esteemed colleague Jonathan Romney currently doing the rounds of the Berlinale – inquiring periodically, “And are you prepared to meet your doooom?”