In this piece from our Spring 1936 issue, Lotte Reiniger, the great German pioneer of silhouette animation, explains how she makes her magical films from paper and card. 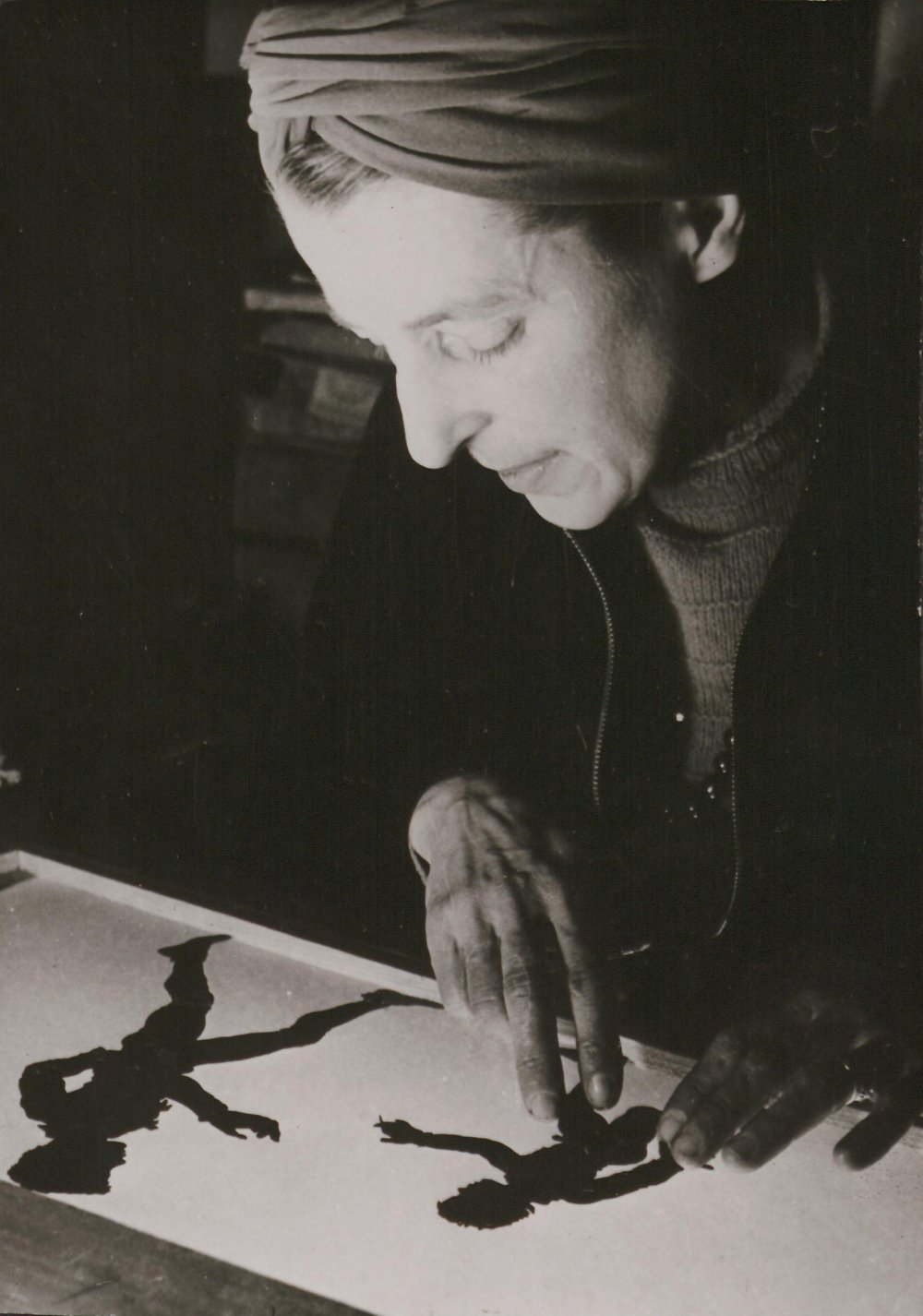 Scissors play a very important part in the business of making films, and if it were not for the editor’s merciful use of them, the audiences in the picture theatres would have a tiring time indeed.

But you all know this by bitter experience, so I will not bore you by telling you again that cutting is one of the most essential parts of film work. What I wish to do is to describe to you my own little habit of producing films with scissor cuts made of paper. The editor of Sight and Sound thought that this would be of interest to readers, and so I will tell you my experience – and may it be a warning for everyone!

This feature was originally published in our Spring 1936 issue

I will attempt to answer the two questions which I am nearly always asked by people who watch me making the silhouettes. Firstly: How on earth did you get the idea? And, secondly: How do they move, and why are your hands not seen on the screen?

Lotte Reiniger: The Fairy Tale Films are available from the BFI on DVD, and The Adventures of Prince Achmed on dual-format Blu-ray and DVD.

Five of her films are also available to rent on BFI Player, alongside the documentary Lotte Reiniger’s Art.

The answer to the first is to be found in the short and simple history of my own life. I never had the feeling that my silhouette cutting was an idea. It so happened that I could always do it quite easily, as you will see from what follows.

I could cut out silhouettes almost as soon as I could manage to hold  a pair of scissors. I could paint, too, and read and recite; but these things did  not surprise anyone  very much. But  everybody was astonished about the  scissor cuts, which  seemed a more unusual accomplishment. The silhouettes were very much  praised, and I cut  out silhouettes for  all the birthdays  in the family. Did anyone warn me as to where this path would lead? Not in the least; I was encouraged to continue. 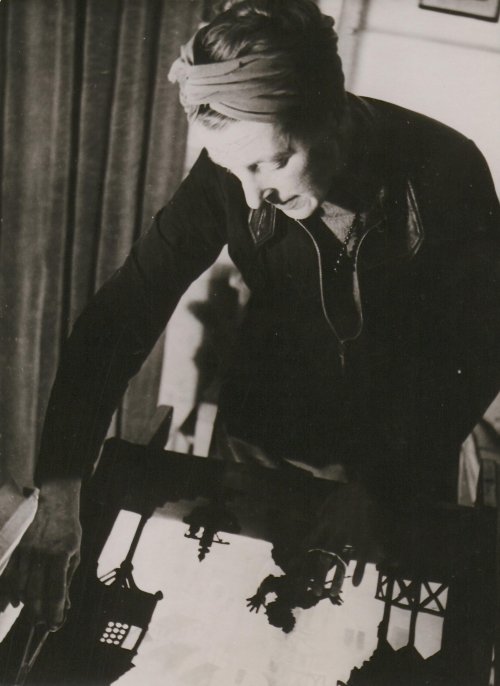 Now I was very fond of the theatre and acting. But performing plays in a small flat made rather a confusion, so it was a great relief to all when I began to use my silhouettes for my play-acting, constructing a little shadow theatre in which to stage Shakespeare. There was peace for a short time; then came the film. I had refused to learn a profession, and I now had one desire – to make films at all costs.

This was a problem, but the fairies must have pitied me and helped me. At this time, Paul Wegener, a great actor and artist, was in Berlin. He produced a number of beautiful and unusual films, and his ambition was to utilise to the full the possibilities of the camera for the development of the film. His films The Student of Prague, The Golem and many others were a guiding star for many artists in film production whose names have now become famous.

Wegener saw me cutting silhouettes behind the stage in Reinhardt’s theatre, and he became interested. He liked my silhouettes; he thought they showed a rare sense of movement. He therefore introduced me to a group of young artists who had started a new trick film studio. Here I first began to photograph my silhouette figures, just as drawings are photographed for the cartoon film, and I was successful in making a film with my shadow figures.

This was in 1919, and the work was so interesting that from that time I have rarely done anything else. In the meantime I married one of the artists, and we started working together, as we have continued to do till the present time. That is my story. 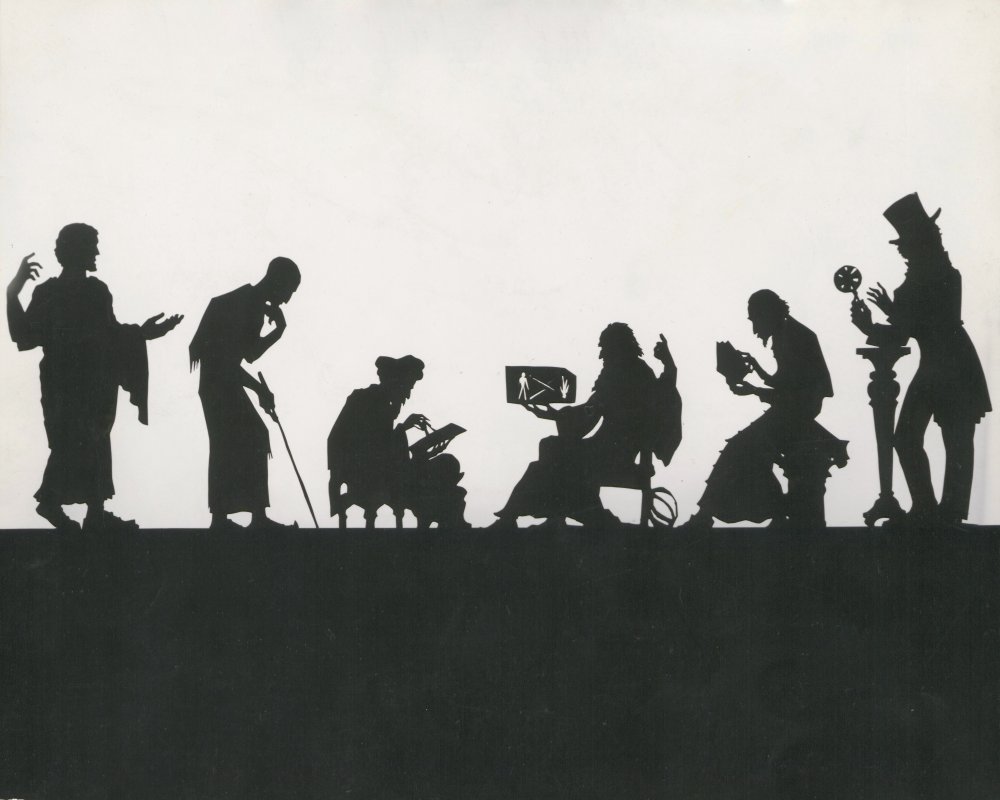 And now the second question: how do the figures move? The technique of this type of film is very simple. As with cartoon drawings, the silhouette films are photographed movement by movement. But instead of using drawings, silhouette marionettes are used. These marionettes are  cut out of black cardboard and  thin lead, every limb being cut  separately and joined with wire  hinges.

A study of natural movement is very important, so that  the little figures appear to move  just as men and women and  animals do. But this is not a  technical problem. The backgrounds for the characters are cut out with scissors as well, and designed to give a unified style to the whole picture. They are cut from layers of transparent paper. 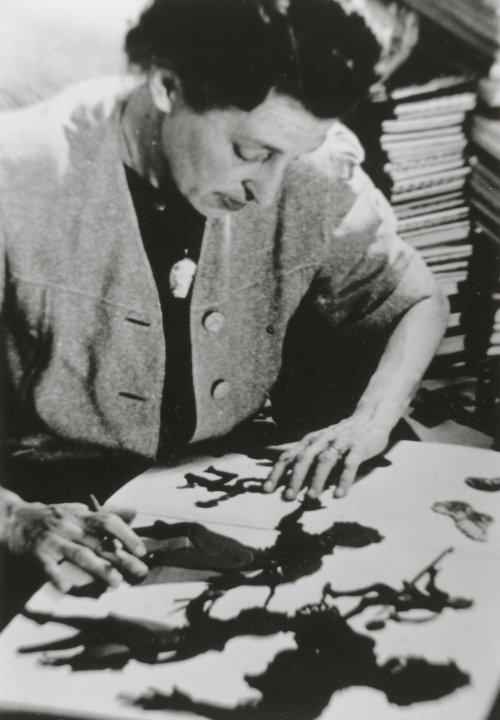 When the story is ready, the music chosen, and the sound track recorded, then the work for the picture itself begins. Figures and backgrounds are laid out on a glass table. A strong light from underneath makes the wire hinges, etc., disappear and throws up the black figures in relief, while the background appears as a more or less fantastic landscape in keeping with the story.

The camera hangs above this table, looking down at the picture arranged below. By means of a wire contrivance the film in the camera can be moved one frame at a time. After the first photograph, the figures are moved into their next position, and the whole photographed again. And so on.

The important thing at this stage is to know how much to move the figures so that a lifelike effect may be obtained when the film is run through.

The synchronisation between sight and sound is secured by carefully measuring the sound track, and preparing a very exactly worked out scenario, in which the number of shots are calculated according to the musical value. These calculations are the basis for the picture which is then painstakingly photographed. 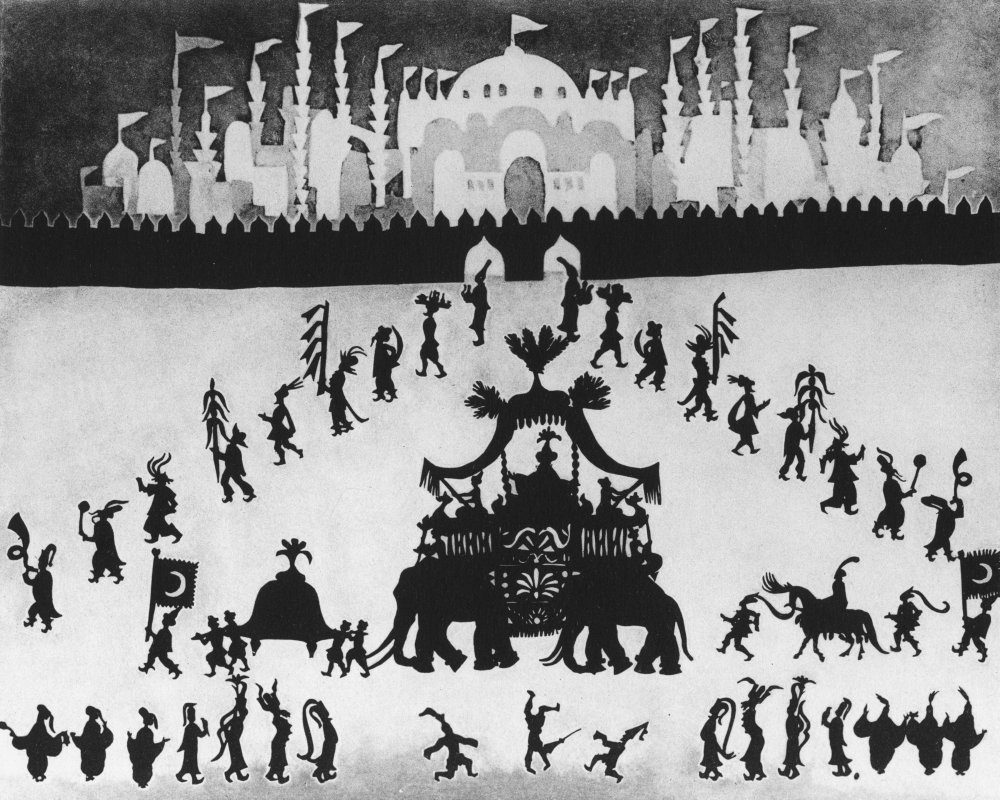 There remains a good deal to say about the artistic problems of this type of film, about its future and about its value. But I am content to leave these matters to those people whose profession it is to bother about such problems.

I feel that I do better to concentrate on making the films – and on making as many as my good luck allows. Each new film raises new problems and questions, and I can only hope to live long enough to do justice to them all.