Wit and wisdom from the Russian director behind some of world cinema’s greatest masterpieces, including Andrei Rublev, Solaris and Stalker. 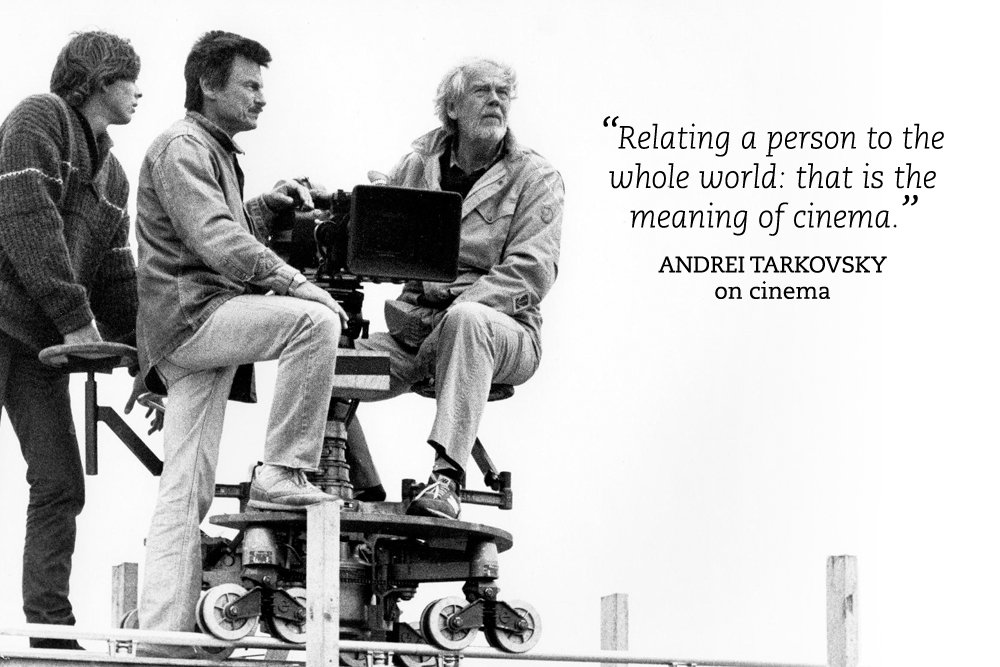 “Poetry is an awareness of the world, a particular way of relating to reality.”

“There are people who want to know about everything in the minutest detail, like accountants or lawyers. But show a toe sticking out of a hole in a sock to a poet and it is enough to produce an image of the whole world in him.”

“What is art?…Like a declaration of love: the consciousness of our dependence on each other. A confession. An unconscious act that nonetheless reflects the true meaning of life—love and sacrifice.”

“It is obvious that art cannot teach anyone anything, since in four thousand years humanity has learned nothing at all.”

“The director’s task is to recreate life, its movement, its contradictions, its dynamic and conflicts. It is his duty to reveal every iota of the truth he has seen, even if not everyone finds that truth acceptable. Of course an artist can lose his way, but even his mistakes are interesting provided they are sincere. For they represent the reality of his inner life, of the peregrinations and struggle into which the external world has thrown him.”

“Never try to convey your idea to the audience – it is a thankless and senseless task. Show them life and they’ll find within themselves the means to assess and appreciate it.”

“Relating a person to the whole world: that is the meaning of cinema.”

“Above all, I feel that the sounds of this world are so beautiful in themselves that if only we could listen to them properly, cinema would have no need for music at all.”