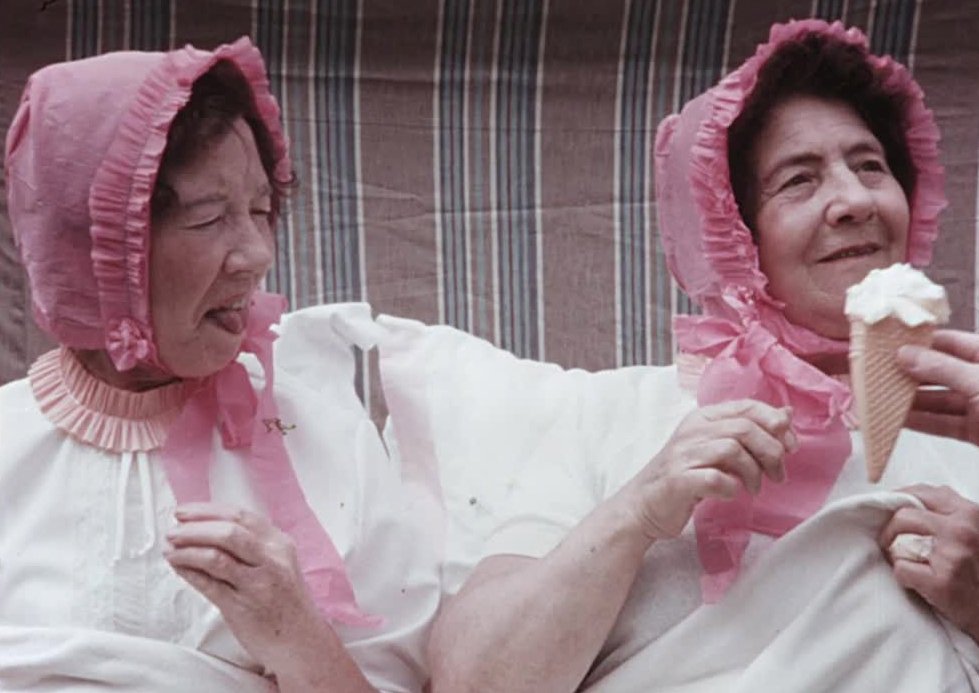 Calling all fans of the kitsch, the curious and the uncanny. WTF – A Box of Odd, the latest collection to launch on BFI Player, delves into the stranger recesses of the BFI National Archive, and partner archives around the UK, in search of tasty morsels to satisfy the most adventurous palate.

With over 50 films already available and more to come – most of them free to view – our unclassifiable selection takes in everything from bonkers 1920s lifestyle tips and subversive nature documentaries to off-the-wall experimenta and unsettling adverts. So why not open the box of odd – and discover the cult films of tomorrow…

Welcome to the bizarre and wonderful world of Hints and Hobbies, a weekly cinemagazine which dispensed invaluable lifestyle advice to feckless filmgoers for a brief spell in 1926. In this issue (one of several in the collection) we learn how to prevent that ratty old fur stole dirtying one’s neck, how not to ballroom dance (stamping hard on your partner’s toes is frowned upon), and how to entertain dinner guests with “the mysterious lumps of sugar”. 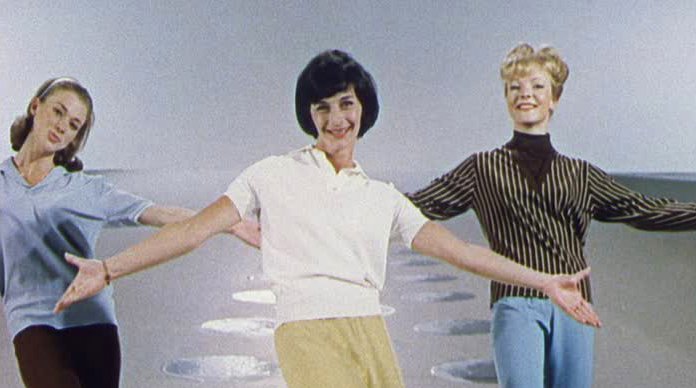 Lovers of kitsch and connoisseurs of man-made fibres unite! This late-50s promo for the wonder that was Bri-Nylon (cue shudders from those old enough to remember) imagines a future where our homes – and ourselves – are plastered in the stuff. You can even smoke near it without fear of combustion! The best sequence in this colourful curio calls to mind Cher’s automated outfit-selector in Clueless (1995) – with added jazz hands.

Laundry soap brand Rinso did its bit for the war effort – and the company’s bottom line – with an imaginative series of cinema adverts urging hard-pressed housewives to help save on precious resources (Rinso needed less hot water) and foil Mr Hitler in the process. This example is among the most effective, both for its mildly unsettling animated characters and the looming presence of ‘Der Führer’ himself.

Made at what is now Imperial College School of Medicine, this film was intended to document the effects of Glaxo’s Griseofulvin drug on a ringworm-infected thumbnail (or is it a toe?) over a period of six months. Out of context, the gruesome close-up and mesmerising time-lapse photography evoke an art installation or avant-garde ‘body horror’ film.

Natural history filmmaking has an illustrious lineage in Britain, including the pioneering Secrets of Nature series (1922-33). Made for the later Secrets of Life series, this film isn’t unique in deploying a peculiarly British eccentricity and tendency to anthropomorphise cute fluffy creatures. But its wartime tale of bunny brothers facing an onslaught of badgers, bombs and birds of prey is such a perverse exercise in Darwinism that it’s hard not to laugh at its sheer brio – and the idea of classrooms full of school kids sitting down to watch it.

This enjoyably loopy amateur film from the collections of Screen Archive South East offers a weird window on Dorking’s Baby Show season. But these ‘babies’ aren’t quite what they seem – and it’s icecreams at dawn as the tantrums commence. 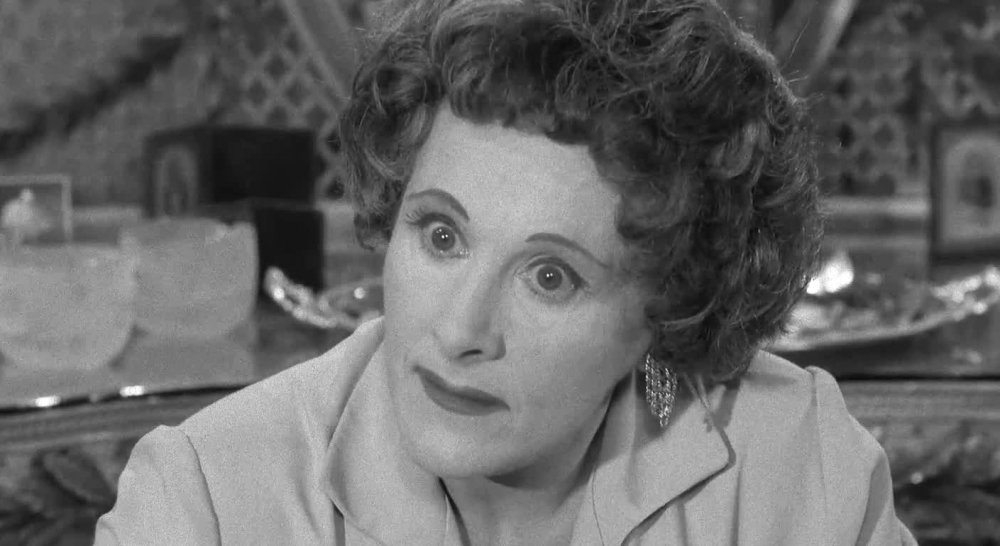 Broadcaster Daniel Farson was never one to pull his punches, and his TV documentaries were all the better for it. He met his match in 1959, however, during a visit to the home of celebrity cookery duo Fanny and Johnny Cradock. Possibly inebriated and spurred into action by an especially fresh seafood platter, Farson persists in trying to demolish the Cradocks’ “chi-chi” approach to cooking; fearsome Fanny is having none of it. Much like the butter, this is pure gold. 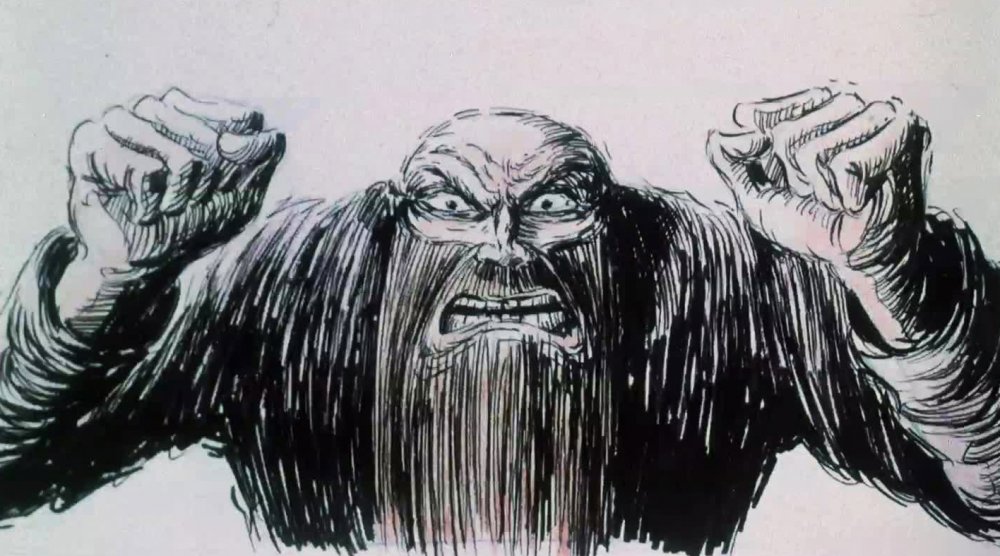 Newspapers clamoured to tell us that we’ve reached ‘peak beard’ in recent months, with columnists pouring scorn on hate figure ‘de nos jours’ the hipster – and his beloved face fuzz. They should ‘bore off’ and watch this mind-bending animated short by Ian Emes, best known for designing visuals on Pink Floyd’s epic Dark Side of the Moon tour. Pogonophobes beware…

The king of crustaceans gets a starring role in this remarkable nature documentary, which is elevated to another level entirely – less by the endearingly plummy narration than by the input of Bauhaus artist László Moholy-Nagy, commissioned to work on the film after fleeing to Britain from Nazi Germany in the mid-1930s. Informative, eccentric and utterly beguiling.

Who needs the DLR when you’ve got Cabtrack? These computer-controlled taxis were one of several ‘Personal Rapid Transport’ systems mooted as an answer to traffic congestion in the 1960s and 70s. Cabtrack never materialised above our streets, but we are left with this Ministry of Transport-funded promotional film, complete with a natty theme tune for fans of early electronic music.