From Sunset Blvd to The Wild Bunch – 100 years after he was born, we remember an Oscar-winning leading man who worked with some of Hollywood’s finest directors. 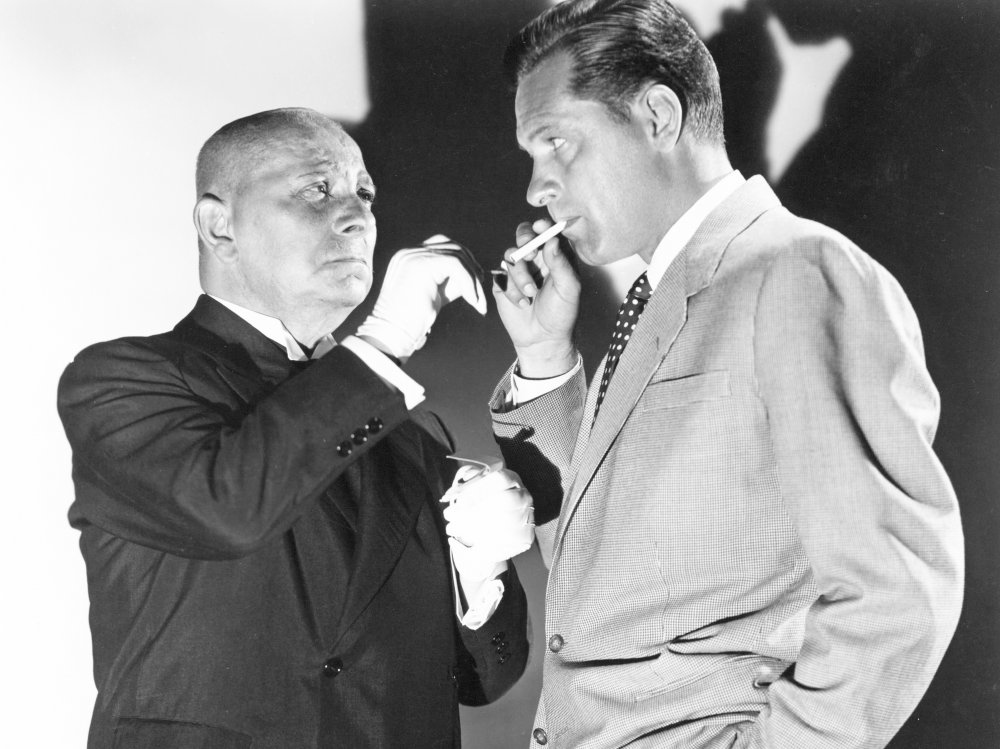 William Holden’s death in 1981, aged just 63, carried the sting of inevitability following his long battle with alcohol abuse. Hitting his head on a table in his apartment while drunk, his demise was all the more tragic given the career renaissance of his last decade or so.

Born 100 years ago in Illinois on 17 April 1918, Holden’s leading-man looks saw him signed to a studio contract without even taking a screen test. Said lead came straight out the gate, starring opposite Barbara Stanwyck as boxer-cum-violinist Joe Bonaparte in the appropriately-titled Golden Boy (1939). Some two dozen films would follow, to varying degrees of success, before Billy Wilder tapped him for a certain Hollywood-gothic masterpiece, sending his career stratospheric… 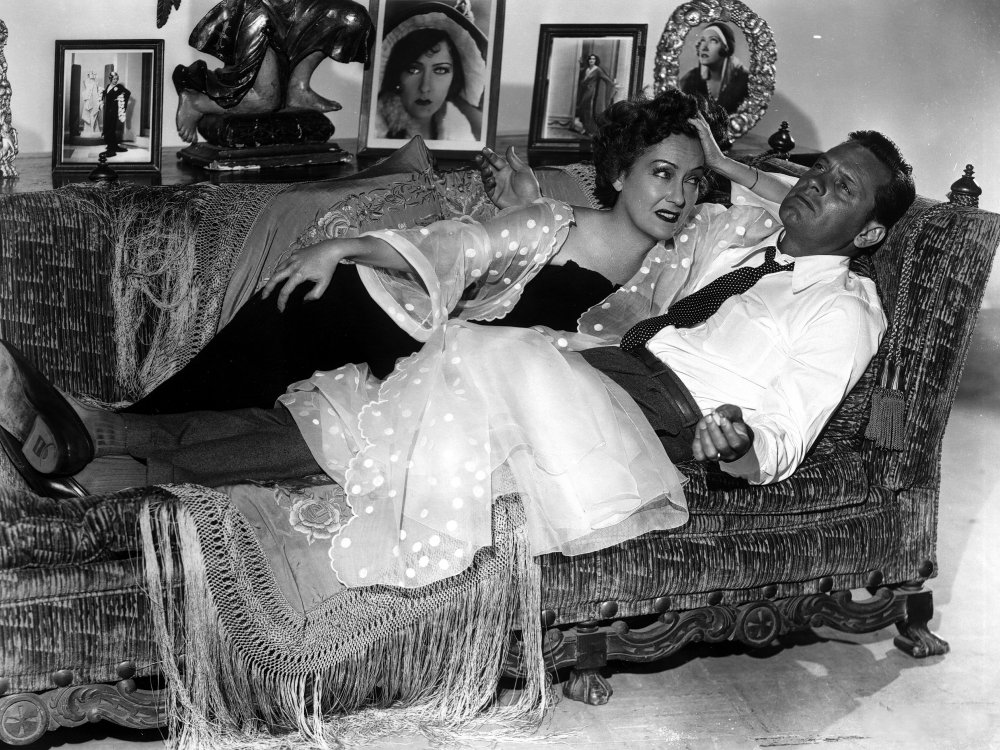 Holden took the lead in Billy Wilder’s Hollywood noir only after Montgomery Clift dropped out just weeks ahead of filming. If his earlier roles saw him stuck in a second-tier rut, his fortunes were set to change from the second audiences glimpsed him face-down in Norma Desmond’s swimming pool. Gone was the erstwhile Golden Boy, replaced with the sardonic cynic tasked with polishing the comeback vehicle for Gloria Swanson’s old Hollywood shut-in. Billy Wilder’s best film, and Holden’s first Oscar nomination. 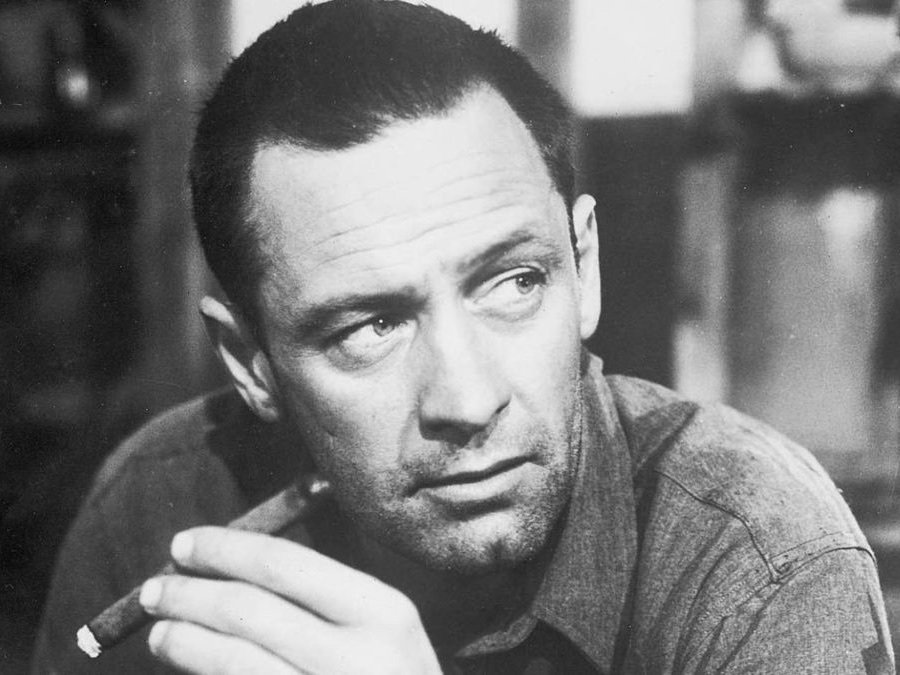 Holden’s second of four collaborations with Wilder, and his second Oscar nomination, this time earning him the statue. A prisoner-of-war comedy-drama that sees Holden accused by his fellow inmates of working as a German stooge, Stalag 17 may grate in some of its mugging supporting turns, but it plays well to the newfound strengths of its lead. Otto Preminger’s commandant serves as the ostensible villain, but Wilder’s cynicism targets the microcosm of the barracks, inverting the contemporaneous HUAC trials to present Holden’s ruthless capitalist as the prisoners’ easiest scapegoat. 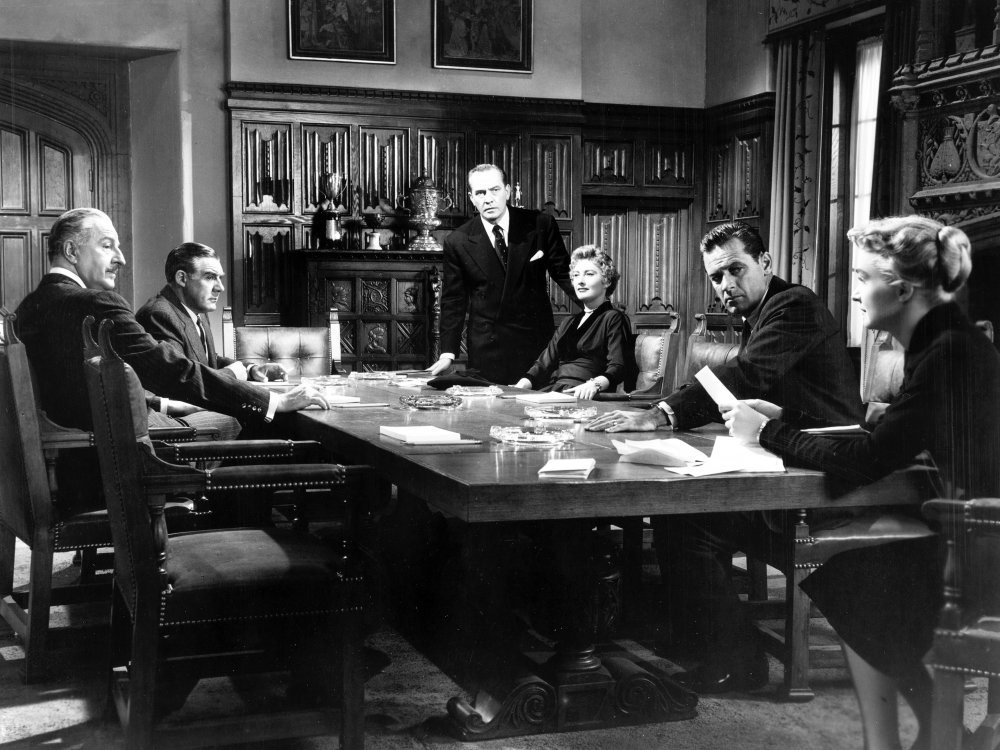 Where some directors would seek to subvert or undermine Holden’s all-American charms, others would emphasise them, positioning him, if not as a moral centre as such, then at least as an incorruptible bastion of dignity, however self-serving. The all-star cast are squabbling over who’s going to take charge of a furniture company, following its president dropping dead in the opening scene. Holden is the design specialist with no boardroom experience but strong ideals, afforded a closing speech (in the first screenplay by the great Ernest Lehman) that puts paid to the capitalist degeneracy of the competition. 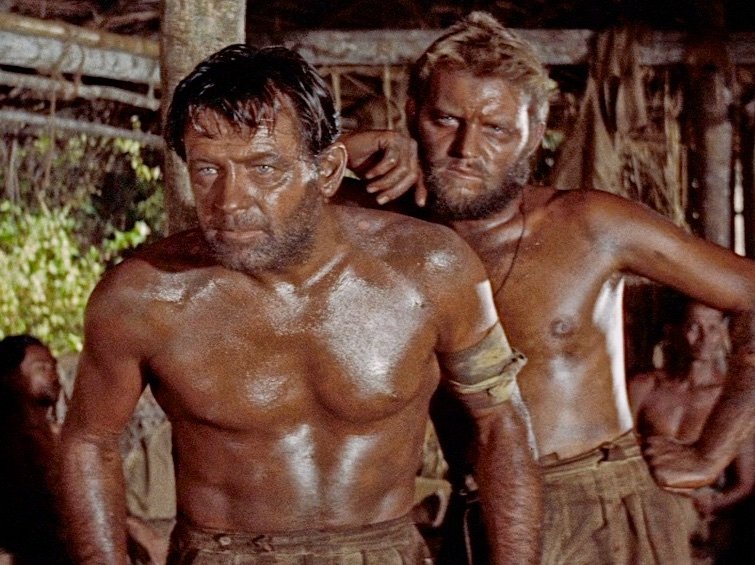 Holden was back in a PoW camp for perhaps his most well-known performance, as Commander Shears of the US Navy, the “queer bird… in isolation too long, and cut off from his unit.” He’s the sardonic outsider to Alec Guinness’s buttoned-up British officer, trying his best to remain in sick bay – having swapped his uniform with a dead superior ahead of capture – in a bid for better treatment. Escaping to a military hospital, he’s soon tasked with returning to blow up the eponymous supply line, against his better judgement. Shears is thereby recast – however suddenly – as the reluctant hero of David Lean’s perennial epic. 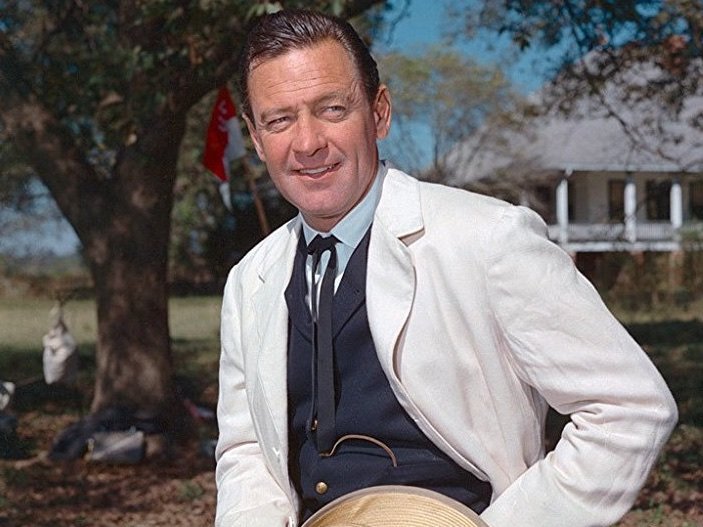 Discounting his section of How the West Was Won (1962), The Horse Soldiers was the only film made by the great John Ford to be set during the American civil war. Holden plays the surgeon whose values are pitted against those of conservative Yankee colonel John Marlowe (John Wayne). Having lost his wife at the hands of her doctor, Marlowe takes his resentment out on Holden, and the stage is set for an ideological showdown en route to mutually earned respect. One of Ford’s most grandly scaled productions – magnificently shot by The Searchers’ William Clothier – The Horse Soldiers interrogates the opposing value systems without picking a side, never better than when Holden throws his drink at Duke, and Ford lets the fists do the talking: “Ok, section hand, strip your blouse.” 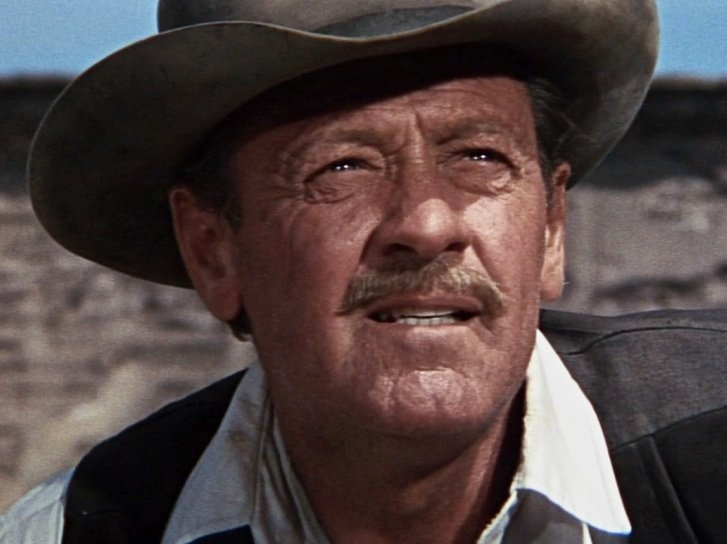 Sam Peckinpah’s tragic western proved something of a comeback vehicle for Holden, following his struggles with alcoholism. It also marked a new phase of his career, leaving behind the moral dependency of his romantic leads for something more exhilaratingly complex. The film’s final descent into hell is etched in the face of Holden’s gang-leader Pike from his entrance; his nihilistic resolution there in his first line: “If they move, kill ’em.” The Wild Bunch was a watershed in the depiction and interrogation of screen violence, but Peckinpah and Holden find tenderness and tragedy in the bunch’s lost innocence – or grasp for innocence, if such a thing can ever be said to have been there to begin with. It’s the career peak for Holden and Peckinpah alike. 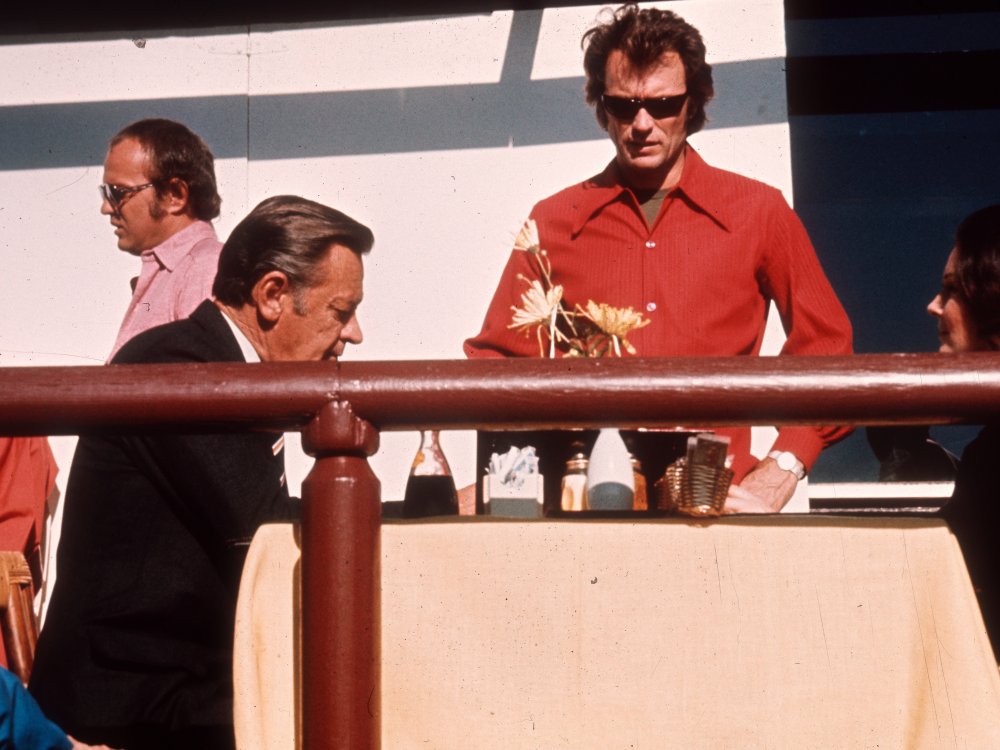 It’s a travesty that Breezy is probably the least known film in Clint Eastwood’s body of directorial work, given that it’s one of his very finest films. It also contains one of Holden’s greatest performances, as the ageing lothario bored and alone in the California hills, who begins a hesitant relationship with an itinerant hippy (Kay Lenz, astonishing) more than half his age. It’s less a May-December Hollywood fantasy, than an affectionate interrogation of generational values, touched by a heartfelt romanticism. Holden’s manifestation of the tensions between laissez-faire attitude, societal expectation and suppressed fear and desire is nothing short of extraordinary, even as he faces stiff competition from scene-stealing mutt, Sir Lovealot. 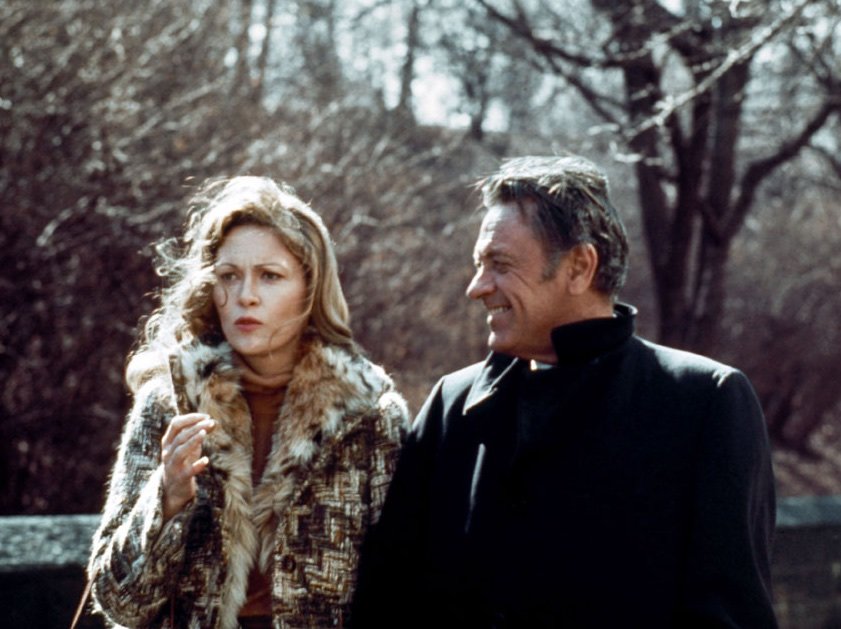 Holden scored his third and final Oscar nomination for Sidney Lumet’s heavy-handed satire of the television business. Playing the cast-out newsreader and conscience to Faye Dunaway’s vampiric executive (with whom he’s having an affair), some of Holden’s best scenes centre on him just listening while his cast mates monologue their way to awards gold. His confessional confrontation with wife, Beatrice Straight (Oscar, check) is tremendous, but you can bet his Oscar-night clip came from his character assassination of Dunaway as he walks out on the “Arctic desolation” of their affair: “You’re television incarnate, Diana. Indifferent, suffering, insensitive to joy. All of life is reduced to the common rubble of banality. War, murder, death; all the same to you as bottles of beer… You’re madness, Diana, virulent madness, and everything you touch dies with you.” 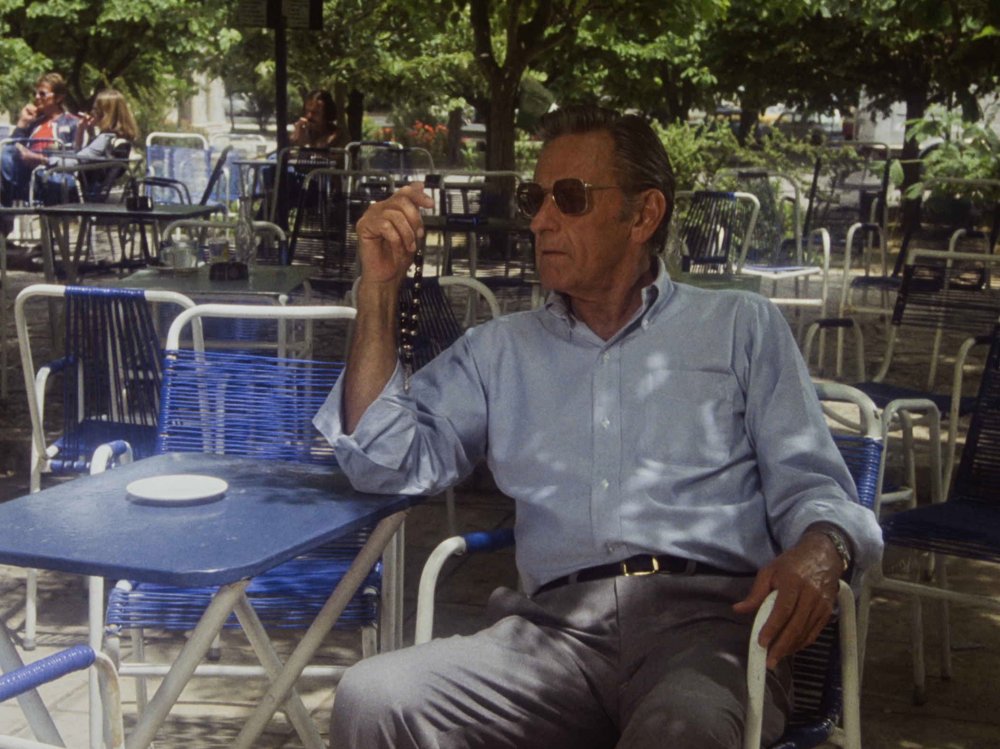 Holden reteamed with Billy Wilder (following 1954’s Sabrina) for their fourth and final collaboration, a magnificent exorcism of Sunset Blvd. Fedora isn’t a sequel – and Holden isn’t Joe Gillis – as much as an answer, both thematically and stylistically, to a New Hollywood overrun by those “directors with beards”. Ironically, Fedora’s out-there plot often feels like it could be something (the bearded) Brian De Palma would have concocted if his auteurist fetishism had inclined to Wilder over Hitchcock. Holden is the down-on-his-luck producer, trying to lure megastar Fedora out of retirement with his adaptation of Anna Karenina. Endlessly reflexive and fantastically weird, it’s a late masterpiece from Wilder (his penultimate film) and a late, great showcase for Holden. The recent Masters of Cinema Blu-ray is essential. 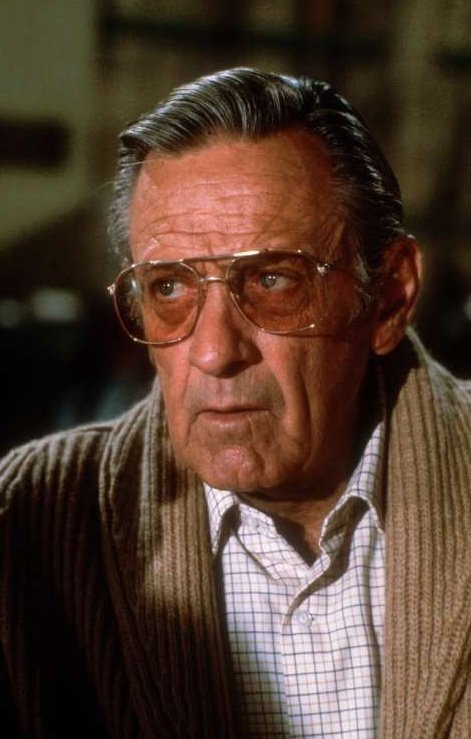 For what would prove to be his final film, Holden took a wonderful supporting role for Blake Edwards, with whom he’d previously worked on 1971’s mild-bunch oater, Wild Rovers. A wickedly funny showbiz satire that charts a filmmaker’s attempts to salvage his megaflop by reshooting it as softcore erotica, S.O.B. is perhaps most famous for casting Edwards’ wife and erstwhile Mary Poppins, Julie Andrews as the actress forced to bare all in the name of commerce. As in Executive Suite, Holden plays the sole voice of reason amid the madcap hysteria, a life-raft of weary dignity in an ocean of self-serving fools.