His impersonation of Pasolini is but the latest formidable performance from Wisconsin-born star Willem Dafoe. 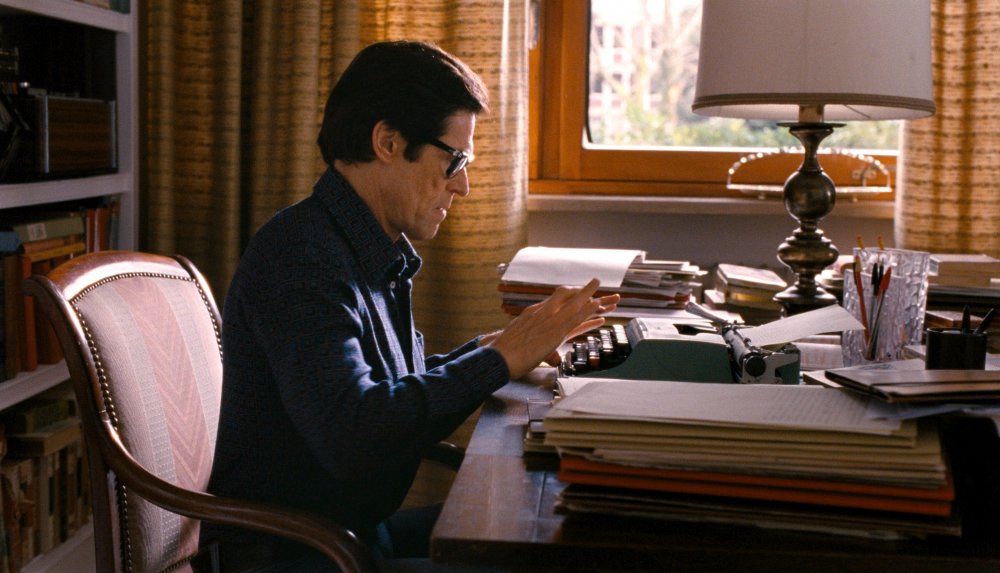 Pasolini is in cinemas from 11 September 2015

One cinematic provocateur pays tribute to another in Pasolini, Abel Ferrara’s offbeat bio of Italian filmmaker-poet Pier Paolo Pasolini, played here by Willem Dafoe in a rare lead role. While the spirit of the long-gone auteur dominates the picture from the great beyond (snippets of Pasolini’s formerly unrealised work, here finally brought to the screen by Ferrara, make for the some of the film’s most spellbinding moments), Dafoe’s unflashy embodiment of the man briefly brings him back to life.

Now in his 60th year, Willem Dafoe has for the past three-and-a-half decades been one of the more interesting faces in American cinema. A natural character actor, destined to liven up supporting roles and bit-parts through virtue of his striking look and distinct rasp of a voice alone, Dafoe reminds in Pasolini that he can be at his most commanding when made a film’s – and a filmmaker’s – focal point. 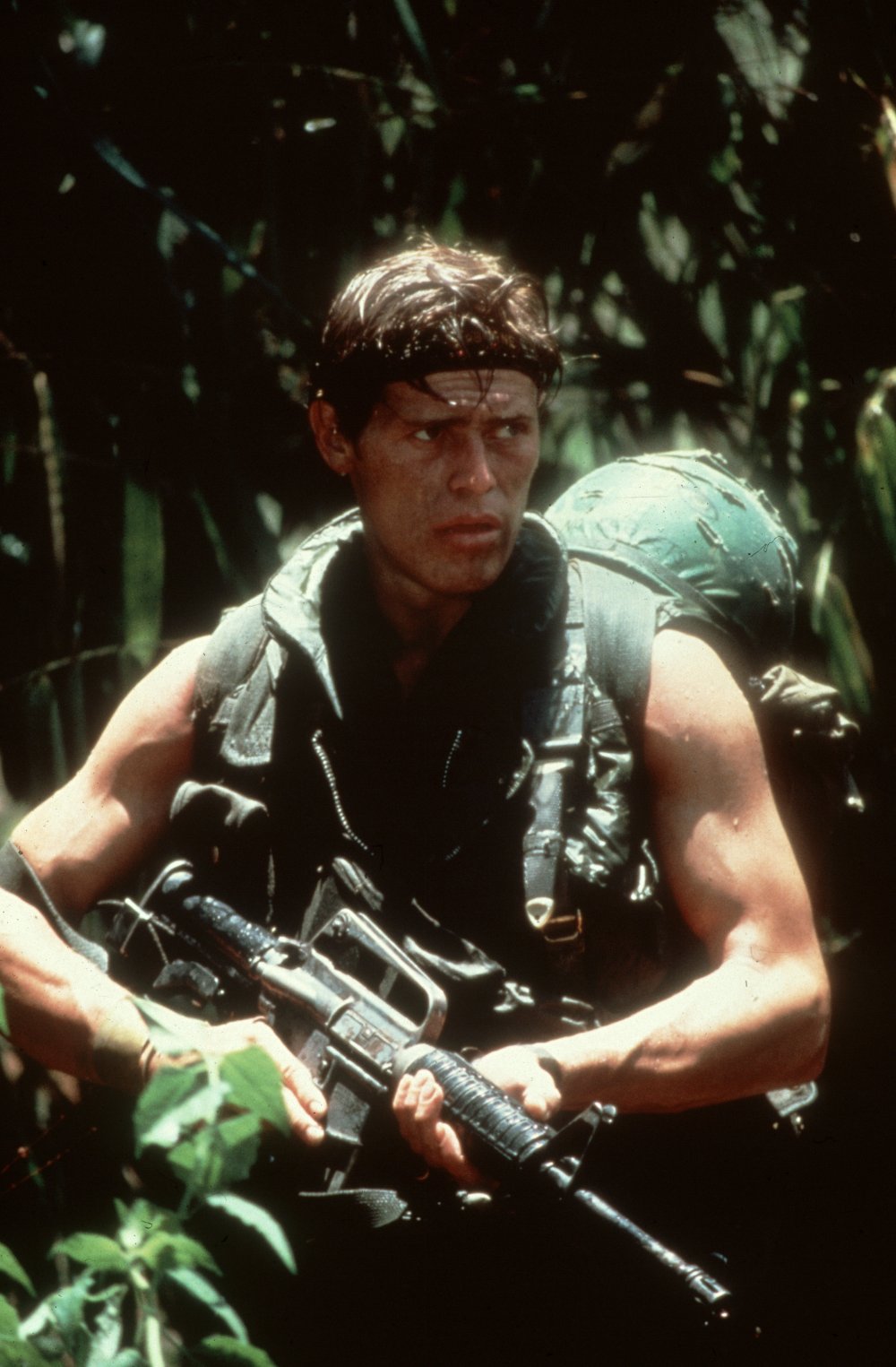 Starting out as an extra in studio-busting mega-flop Heaven’s Gate, the major breakthrough for Dafoe came with his Oscar-nominated turn as soldier-guru Elias in Oliver Stone’s Vietnam war pic Platoon. Stone’s deep knowledge of the characters – based on people he knew as a young infantryman – lends nuance to Elias and the rest of Bravo company, but Dafoe adds a vital ethereal spark to a figure viewed as borderline messianic by his brothers-in-arms. Platoon contains the most indelible image of Dafoe in cinema: that of the bullet-strewn Elias, arms outstretched to the sky in a desperate final gesture as a rescue chopper soars helplessly overhead. 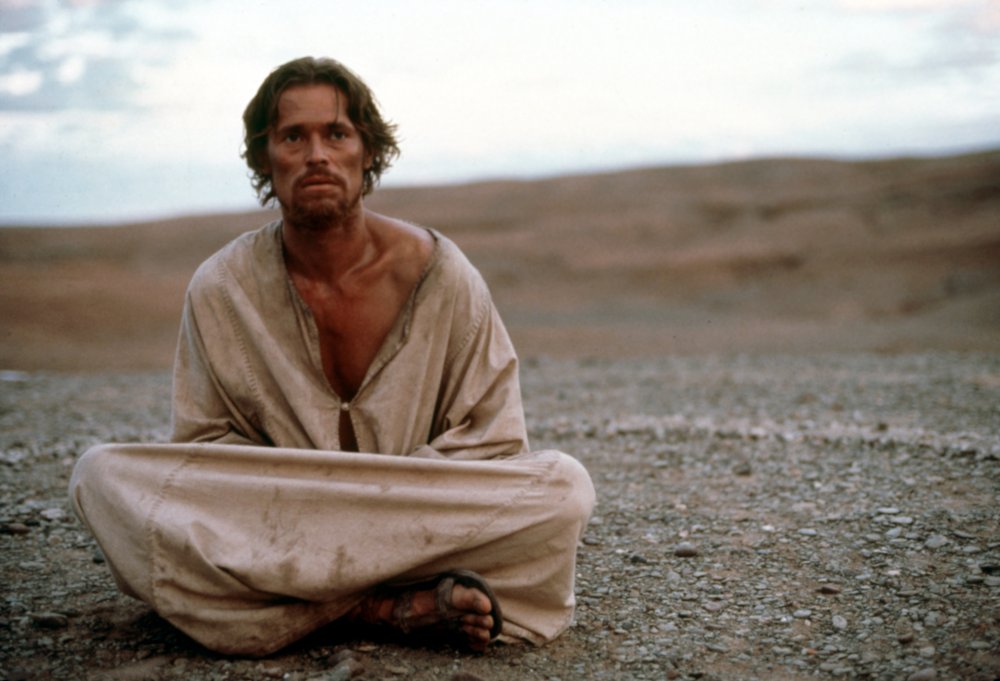 From messianic to the Messiah himself: The Last Temptation of Christ finds Dafoe exuding an otherworldly serenity as a flawed and conflicted Jesus of Nazareth. The film was director Martin Scorsese’s passion project, but Dafoe is just as unwaveringly committed in a part that requires a heady mix of earnestness and mania. Appearing relatively tame now, The Last Temptation of Christ was controversial upon release, in part due to Dafoe’s portrayal: he has the requisite compassion and fire to play the prophet, but there’s always the suspicion that Dafoe’s Christ is wrestling with the idea that his ‘visions’ are mere indicators of a descent into madness. 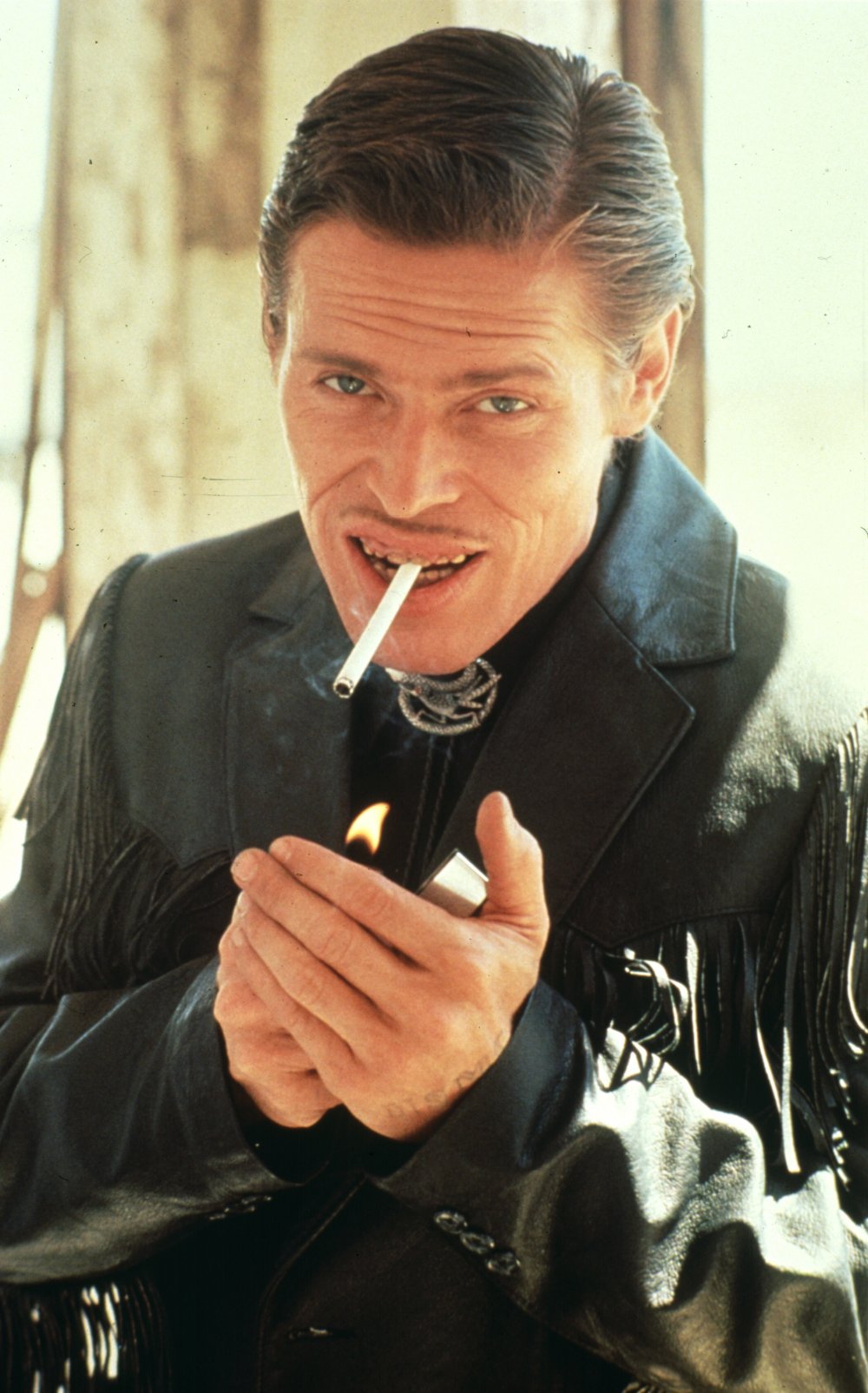 With those probing eyes and wide devilish grin, there’s an inescapably menacing quality about Willem Dafoe that directors have gleefully exploited over the years. There’s hardly a more disgusting character in Dafoe’s back catalogue – or indeed in David Lynch’s own formidable gallery of oddballs – though, than Bobby Peru, the odious hitman lurking at the fringes of Lynch’s crime odyssey Wild at Heart. It’s not just the outward appearance that’s off-putting, with those generous prosthetic gums jutting beneath a pencil moustached-upper lip, but the innate sliminess of a man who speaks almost exclusively in the third person, and thinks nothing of using sexual assault as a means of intimidation. 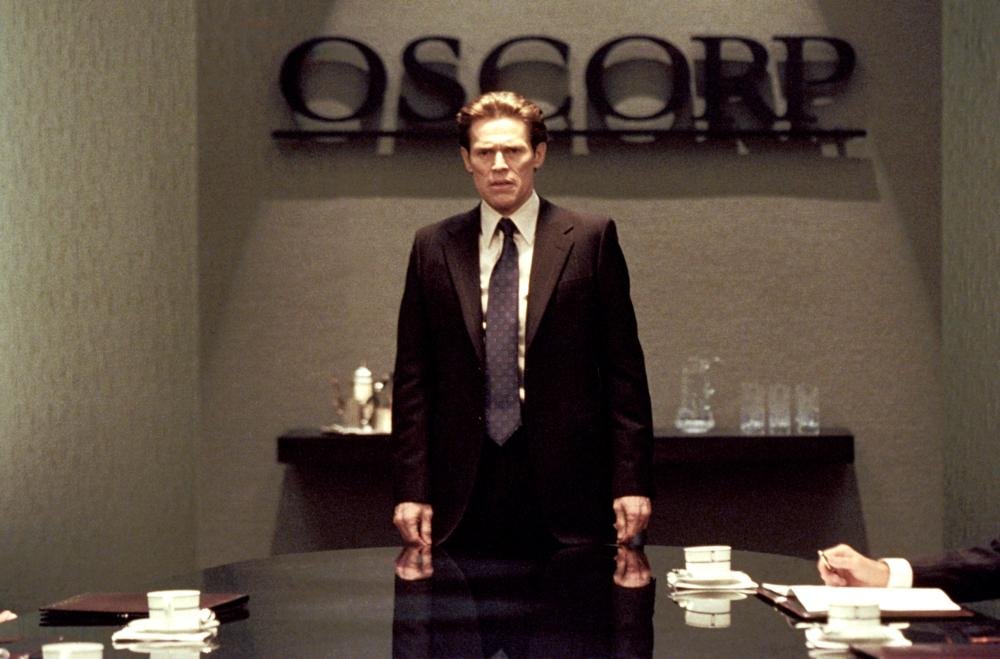 Though he’s frequently acted as a bad-guy-for-hire through his career – only last year he memorably appeared as a mute, digit-severing henchman in Wes Anderson’s The Grand Budapest Hotel – Sam Raimi tapped into Dafoe’s propensity for villainy better than most, drawing a cackling pantomime performance from the actor in 2002’s Spider-Man. Apparently having enormous fun in the comic-book sandpit, Dafoe dumps subtlety as the Green Goblin and plays the webslinger’s maniacal nemesis like he’s a cartoon come to life. Rather than being distractingly hammy, it’s really Dafoe recognising the director’s tone and embracing the ripped-from-the-comic-pages vibe. 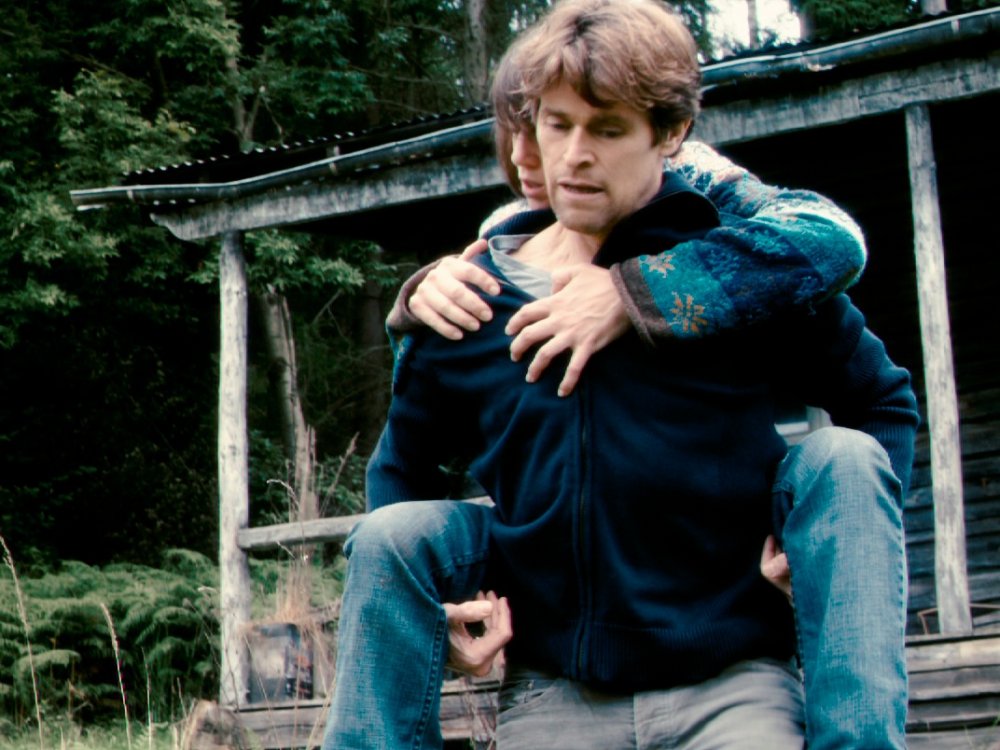 There aren’t many directors who would immediately think of Willem Dafoe when they’re looking to cast someone in the part of an everyman or regular joe husband; but being no conventional filmmaker, in Antichrist, Lars von Trier makes Dafoe both. Where this notorious manic-depressive horror flies off the handle in operatic fashion, Dafoe grounds the film by remaining (largely) restrained. It’s a quiet, sympathetic turn from a performer who’s been Razzie nominated – twice – for his ventures into outrageous artificiality. For all its flaws, Antichrist is proof that Dafoe can be at his most compelling when playing the straight man.