Celebrating the artist formerly known as the Fresh Prince… 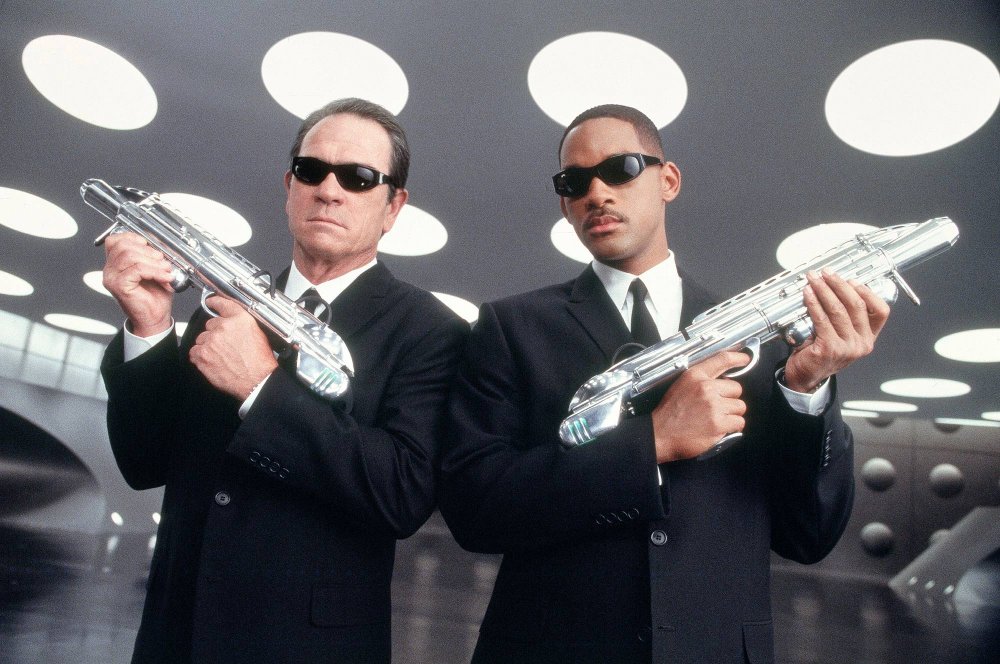 Will Smith has been one of Hollywood’s most bankable leading men. In the aughts, he scored a record eight number one openings in a row at the US box office, with audiences undeterred by the fact that many of those films drew less than kind reviews. Ever since breaking out in sitcom television in the early 90s, Smith has seen his films amass more than $7bn in global takings. This is a rare breed of contemporary movie star: today, at a time when the franchise has become king, Smith’s brand of humorous magnetism has ensured he’s remained one of the last proven box-office draws standing. 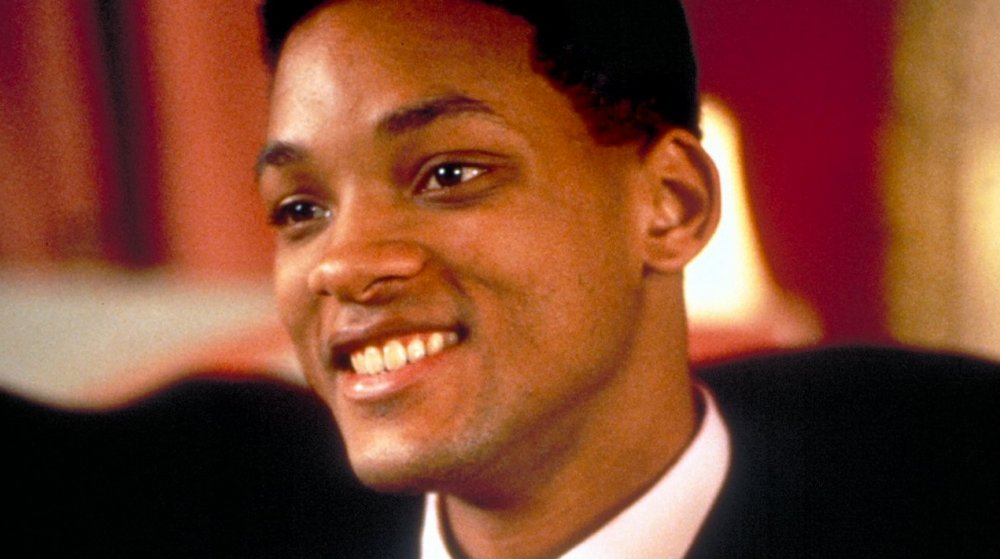 Providing both a role and a film of a kind we haven’t seen from Smith since, Fred Schepisi’s Six Degrees of Separation finds the artist formerly known as the Fresh Prince using his charisma to more nefarious ends, playing a troubled young con man fibbing his way into the bosom of New York’s high society. Made at the height of his Bel Air fame, it’s a total about-face for Smith. The film around him is an oft-humorous portrait of WASP-ish snobbishness on the Upper East Side, but his scenes as a far less privileged man lying his way to acceptance are spiked with class tragedy. 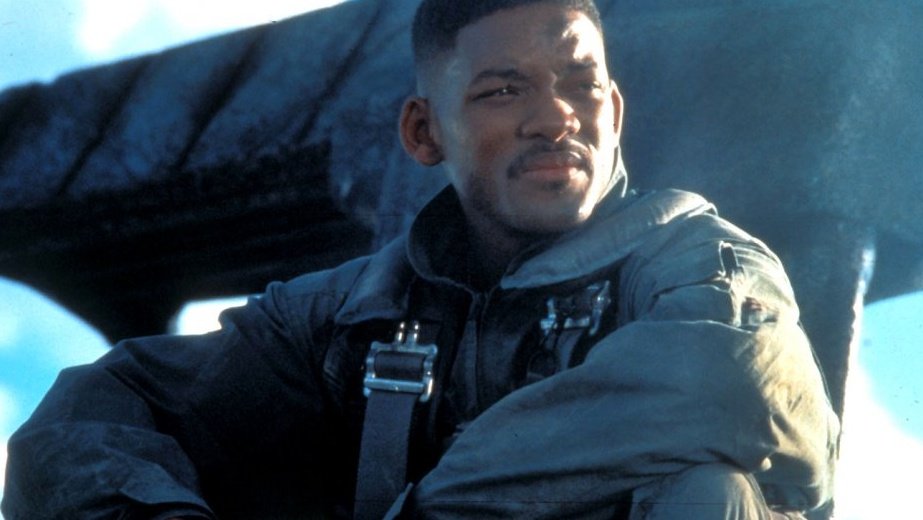 Smith’s status as a big-screen superstar begins here. Independence Day is typical Roland Emmerich disaster fare: impressive effects, shallow characterisation, and precious little affection spared for mankind even as it faces decimation. Emmerich adoringly lenses the scenes of Earth being destroyed by an alien foe – and oh, what undeniably beautiful destruction it is. As America’s monuments are lasered into ash, Smith is the fighter pilot and family man emerging a reluctant saviour, his star power undimmed even as the explosive grandeur threatens to overwhelm everybody else on screen. 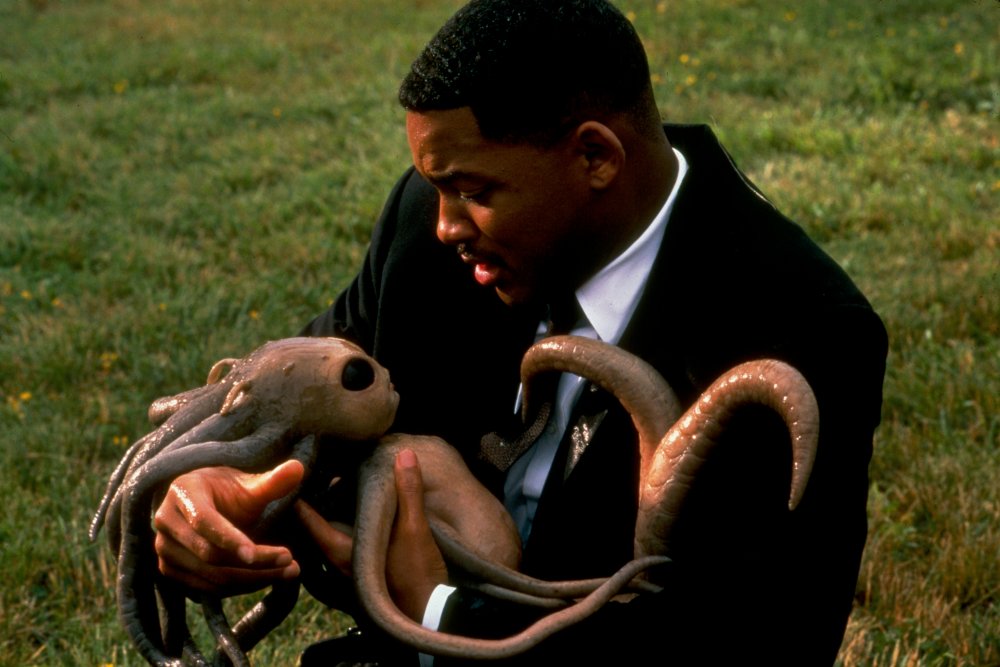 In a career spent specialising in blockbusters of a sci-fi bent, Smith made the best of the bunch almost at the very beginning. In Barry Sonnenfeld’s adaptation of a Lowell Cunningham comic, the eternally irascible Tommy Lee Jones and Smith have surprising chemistry, as a government agent keeping tabs on Earth’s undercover extraterrestrials and his protégé, respectively. Made at a time before CGI was implemented with such lazy profligacy, the sparingly computer-generated FX are still effective (especially impressive in the case of Vincent D’Onofrio’s alien villain, whose disguise of human skin morbidly decays as the film progresses). 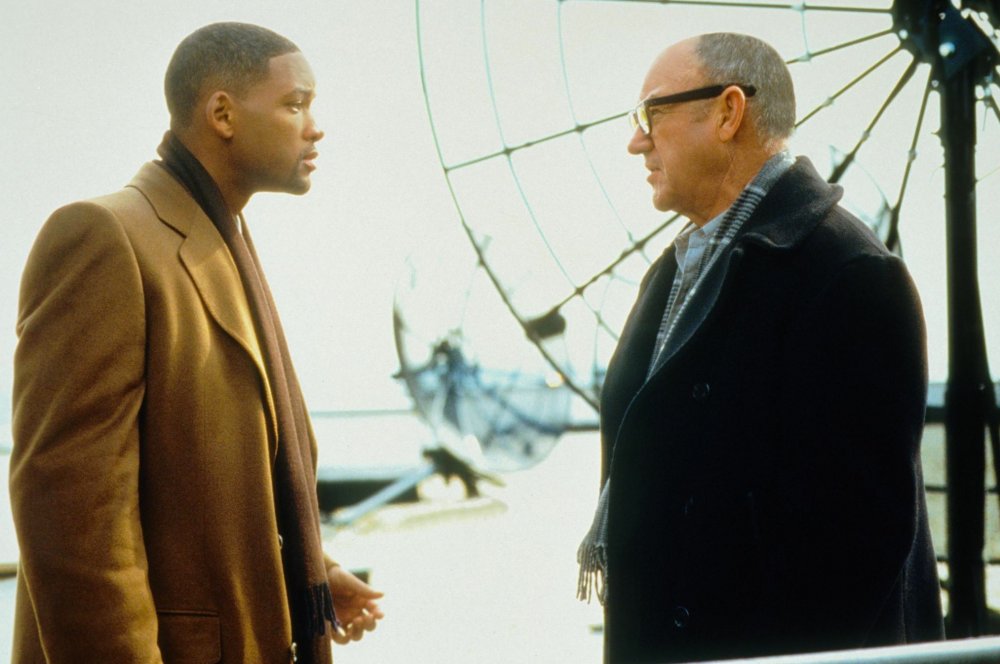 A Simpson/Bruckheimer action riff on paranoid thrillers like The Conversation (1974) it may be – Gene Hackman even co-stars as a jumpy surveillance expert to hammer home the reference – but as imitations go, Tony Scott’s Enemy of the State is a supremely entertaining one. Smith subverts his squeaky clean image as an adulterous lawyer, unwittingly dragged into an NSA conspiracy and chased across a chilly Maryland by a host of antagonistic character actors. Scott’s restless style perfectly matches writer David Marconi’s twitchy, suspicious view of the world, which – post-Snowden – looks less paranoid, more validated. 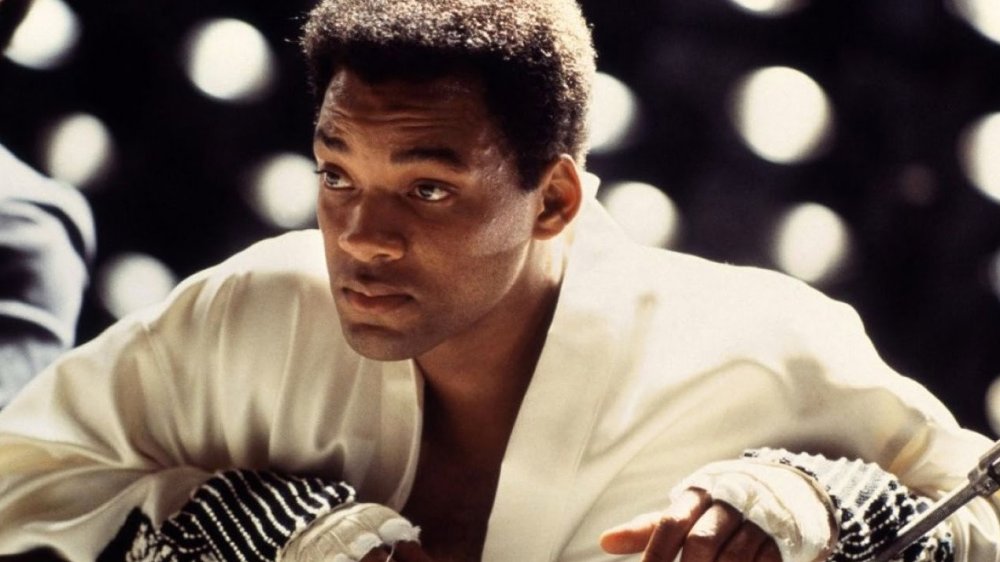 While even the endlessly charismatic Smith can’t quite tap into the unknowable energy that made Muhammad Ali ‘The Greatest’, he still gives comfortably his most layered performance as the boxing icon in Michael Mann’s bio-epic. Ali takes us from the 1964 Clay-Liston bout to 1974’s Rumble in the Jungle, and is as much about the black American experience in a turbulent era as it is about the man born Cassius Clay, lent real drive by Mann’s nascent digital approach. It’s a long, winding picture, but one that favours honesty and ambition over lesser biopic hagiography. 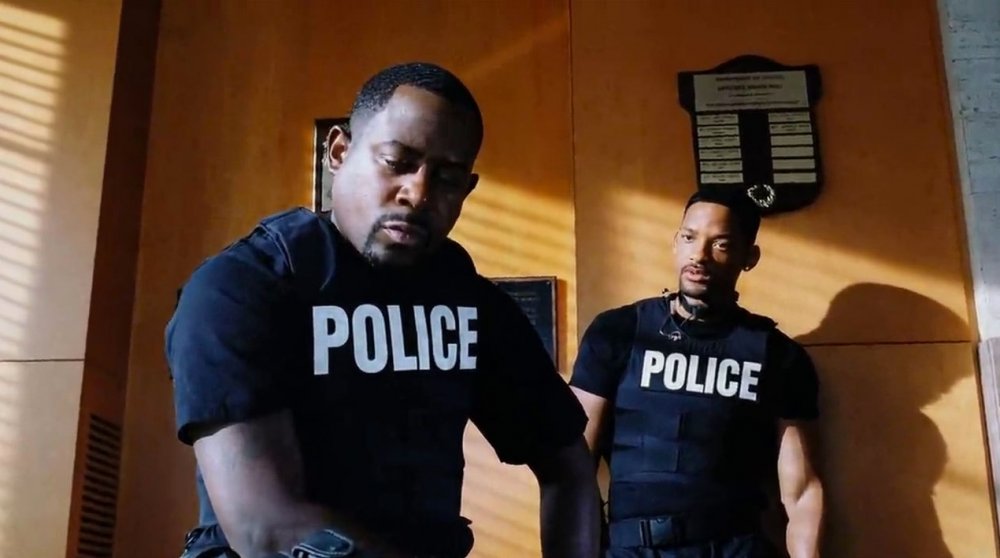 With seven times the budget he had for its flashily generic predecessor, Bay indulges himself on buddy cop sequel Bad Boys II to create what may be – for better and worse – his defining auteurist statement. It’s aggressive, amoral and totally lacking a sense of humour, despite its billing as an action-comedy, but it’s also a Miami sun-kissed labour of, if not love, then lust, for tough men, their guns, their cars and their women, with a nonsense Euro-crim plot just an excuse for the director to unleash total Bayhem. Smith, partnering Martin Lawrence, remains the right side of charming in a film that’s all outrageous set-pieces and questionable ethics. 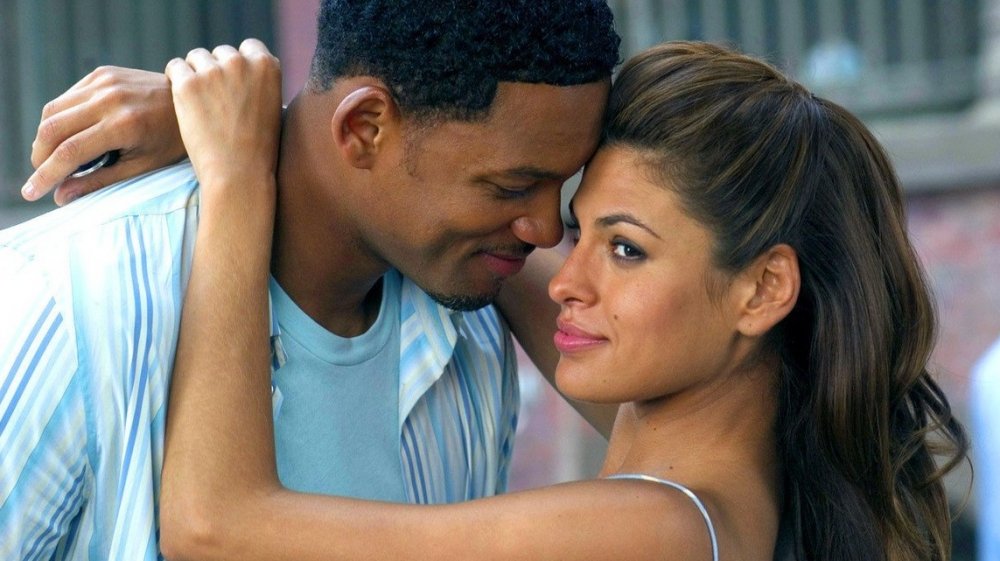 With its sexual and gender politics already dated, Hitch looks like something of a rom-com dinosaur just 10 years on. Its story of a pickup artist (Smith) teaching men how to manipulate women into the sheets while he himself falls for a New York gossip columnist (Eva Mendes) goes to some distasteful places, but it’s saved by the Smith-Mendes pairing, sweet and believable without ever getting choked by cliché. Hitch is the only pure romantic comedy made by Smith, here about as funny as he’s been on film and somehow striking a balance between effortlessly smooth and clumsily self-effacing. 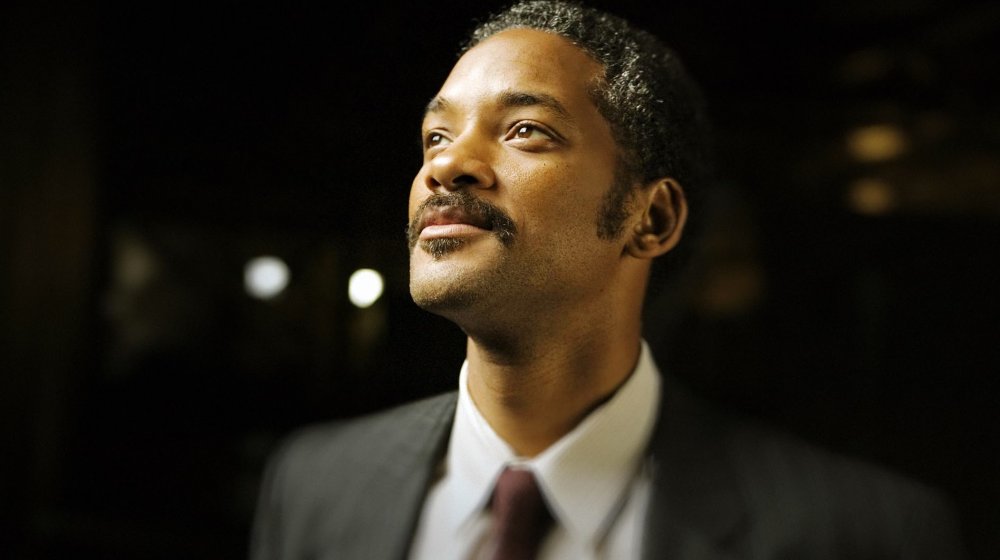 Ever since The Pursuit of Happyness, Smith has been alternating between heavier fare and the kind of pure popcorn movies that made his name, few of which have been truly satisfying. While revisionist vampire flick I Am Legend may not stick the landing, ignore the woeful creature effects and for the first two-thirds it’s an effective post-apocalyptic action-horror, with a surprisingly soulful turn from Smith. The scene in which his last man on Earth pleads with a video-store mannequin to say hello to him is one of the most emotionally shattering of his career. 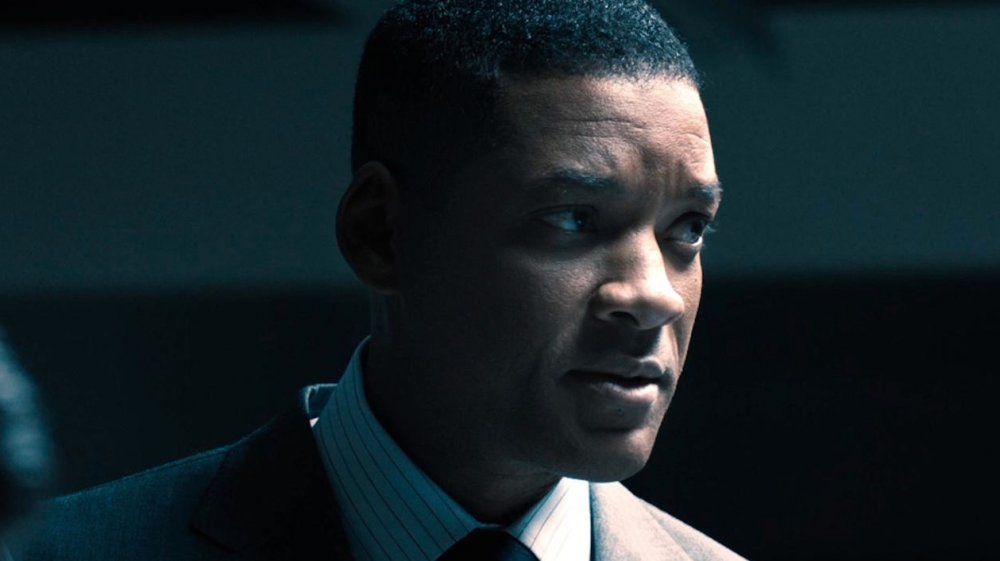 Smith landed back on top this year with Suicide Squad, box office-wise at least, though critics were kinder to his lesser-seen previous film: Peter Landesman’s sincere true sporting drama Concussion. As Bennet Omalu, the Nigerian neuropathologist almost ruined by the NFL after uncovering a brain damage epidemic in American football, Smith plays it understated, his natural confident bonhomie given way to an endearing, lightly eccentric awkwardness. It’s another of Smith’s movie-of-the-week dramas, but loaded with talent (David Morse is particularly impressive as a footballing legend mentally imploding) and occasionally biting in its dissection of an America in a chokehold from corporate interests.