He helped usher in New Hollywood with Bonnie and Clyde, and became one of the key actors of that 1970s golden age of American cinema. 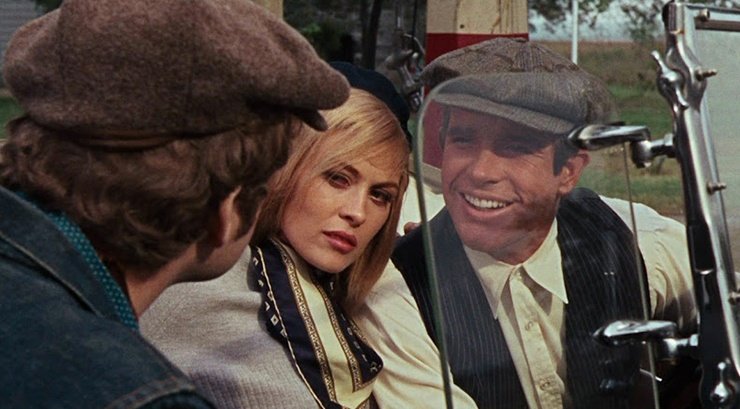 Underrated as an actor and known as a control freak and preening narcissist, Warren Beatty has at times wilfully subverted his screen persona, in ways others would never dare. He has penchant for luckless characters, who are often destroyed by larger forces in combination with a lack of personal guile or foresight. Much of Beatty’s filmography is politically conscious and socially aware, often reflecting left-leaning beliefs. He is far too handsome and cerebral to be an everyman figure for the masses, but the films tell us he is on their side always. 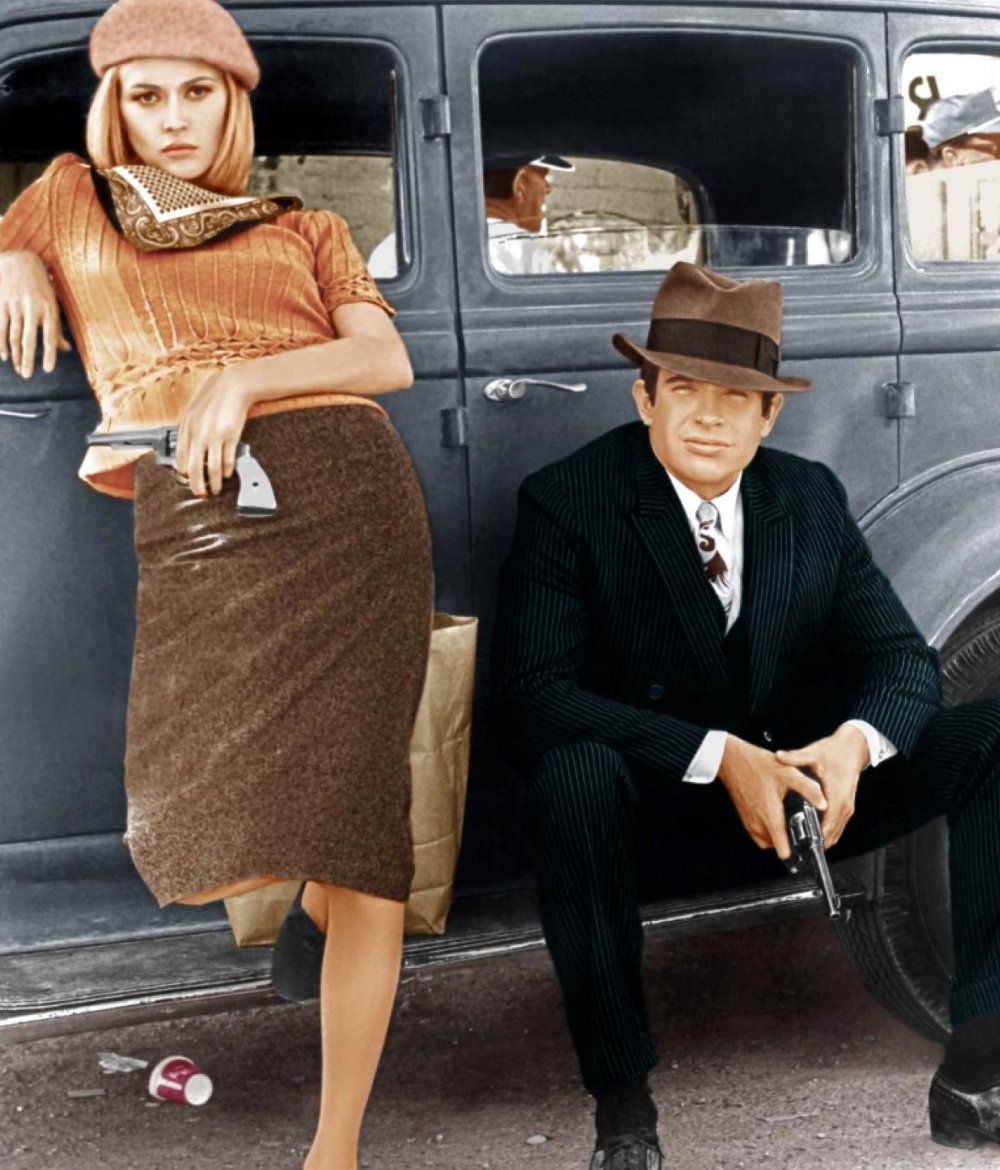 Bonnie and Clyde cleared the path for what became known as New Hollywood. Arthur Penn’s gleefully romanticised gangster flick boasted a youthful swagger and distinct anti-authoritarian intent, also upping the ante in the depiction of screen violence. Beatty played Clyde Barrow as a sexually timid misfit – “I ain’t much of a lover boy” – who can only get his rocks off fighting the law. Faye Dunaway’s golden-haired Bonnie is a dime-store Bardot with the fatalist heart of a poet who knows she’s going to die young. A truly influential American picture that continues to thrill 50 years later. 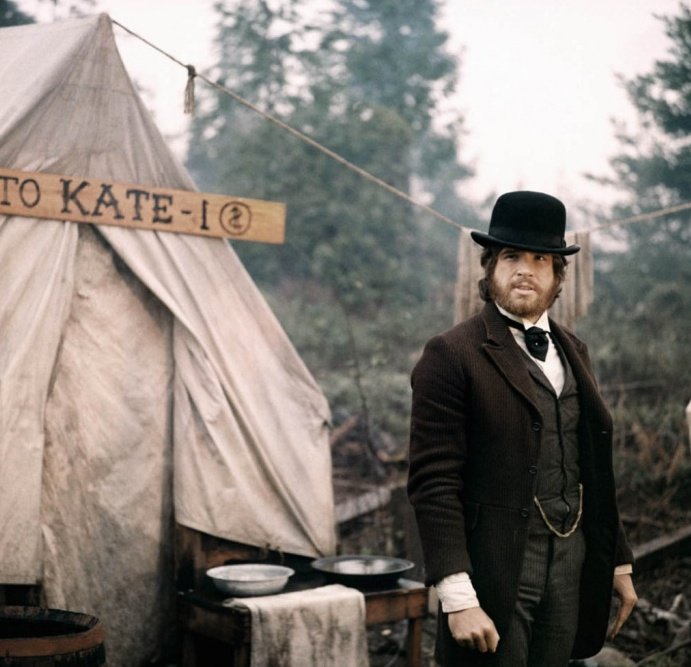 Robert Altman’s experimental genre deconstruction McCabe & Mrs. Miller is a reminder of just how daring 1970s American cinema could be. Famed for its smoky visuals (achieved by pre-flashing the celluloid stock to reduce contrast and deepen shadows) and muddy sound mix, Altman’s take on the western is a bleak debunking of the pioneer myth. In perhaps Beatty’s finest performance, McCabe initially appears a cool and commanding presence until Julie Christie’s prostitute Constance Miller turns up and we realise he’s actually a bumbling, cocksure fool prone to self-aggrandisement. In this regard, the film’s feminist credentials have been overlooked. 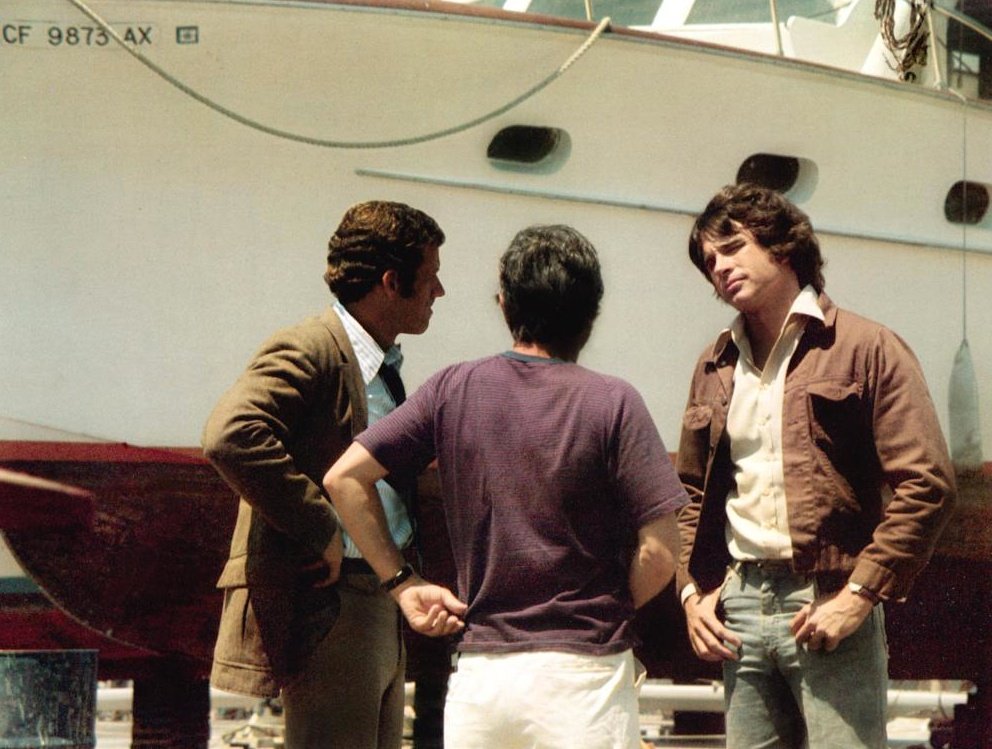 Receiving mixed notices in 1974, The Parallax View now looks one of the finest paranoid thrillers. Beatty superbly essays reporter Joe Frady’s compulsive nature and restless eagerness to root out a conspiracy involving the recruit of assassins, while Gordon Willis’s anamorphic lensing and abstract framing give The Parallax View an almost cubist look. The photo-montage sequence, in which Joe is subjected to the Parallax corporation’s brainwashing techniques, is the highlight, demonstrating how readily apple pie patriotism can be rendered alienating and fascistic by sly juxtaposition. 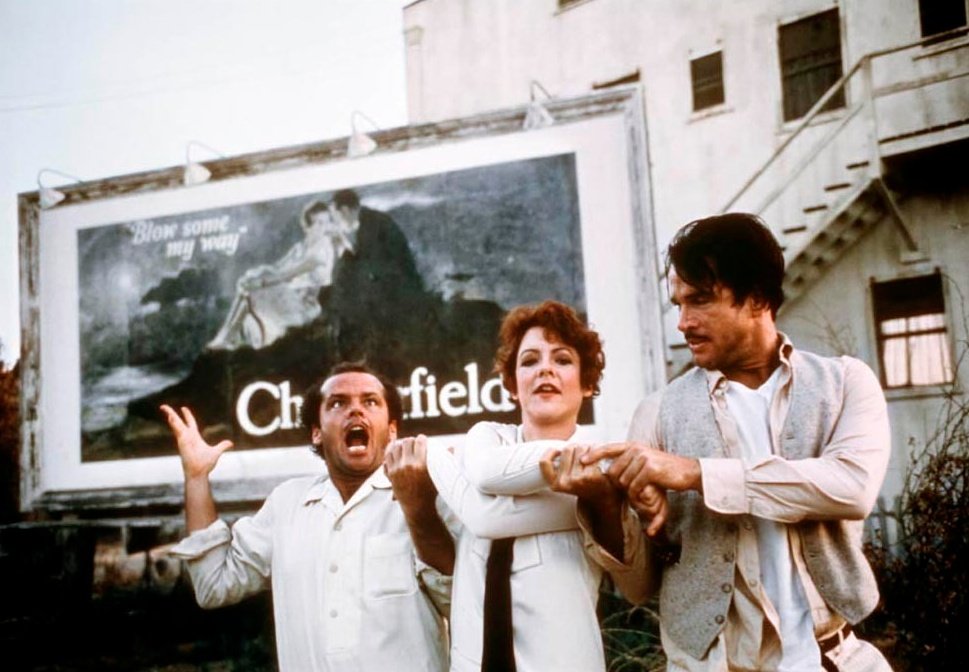 On paper The Fortune looked like a sure bet. A 1920s-set screwball caper about two crooks making gooey eyes at an heiress (Stockard Channing) and her vast fortune, it’s something of a forgotten work. Director Mike Nichols gutted Carole Eastman’s script and nobody could quite agree on an ending. Yet the one they chose is impressively strange and unconventional. Jack Nicholson’s devious but weak-willed ex-con is amusing but it’s Beatty who dominates as a frustrated, self-centred cad, complete with an exaggerated vocal intonation and penchant for addressing himself in the third person. 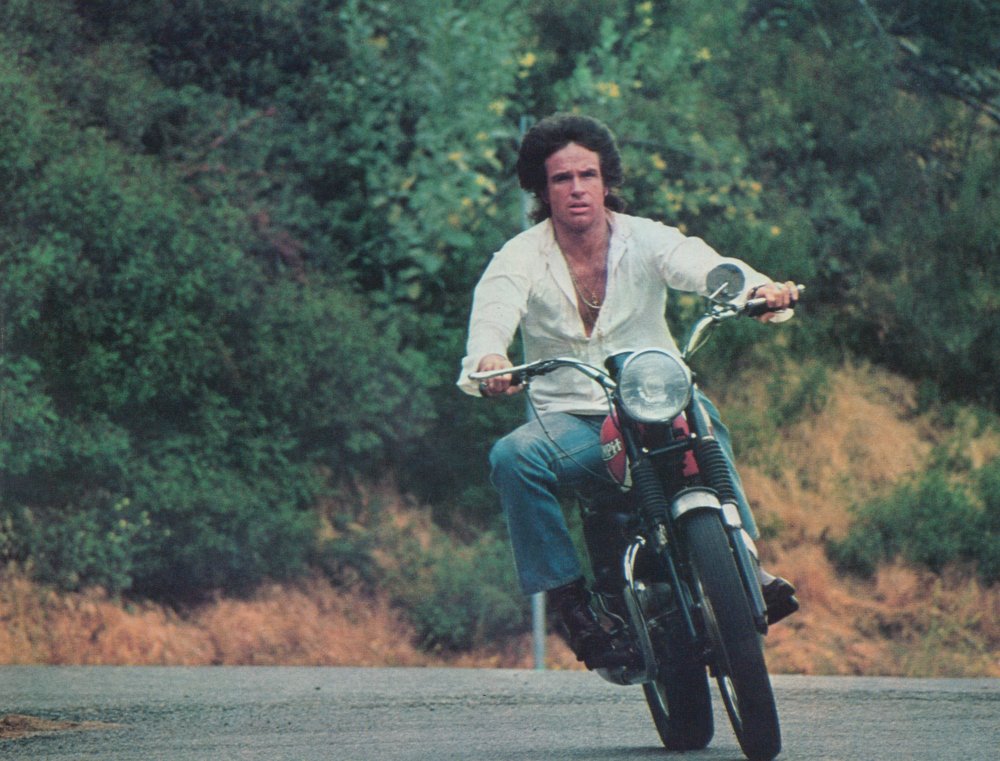 A naive pleasure seeker comes a cropper against the resurgent forces of conservative America. “I don’t fuck anybody for money. I do it for fun,” celebrity hairdresser and Beverly Hills Don Juan, George Roundy, claims. Yet just as there is no such thing as a free lunch, there is no such thing as a free fuck. Shampoo sure does crackle with a sense of doom. Set on the eve of Nixon’s 1968 election win, Charlie Manson is the other malignant villain whose presence is felt but never seen. We know he’s up there, in the Hollywood canyons, waiting to launch his psychotic social revolution, ‘Helter Skelter’. 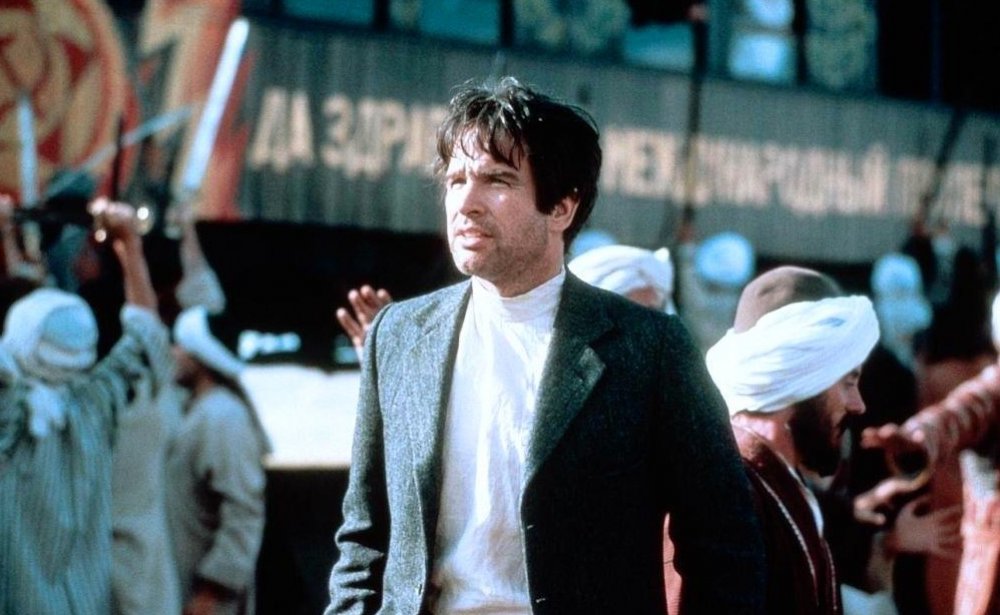 Flush from the success of Heaven Can Wait (1978), which he produced, co-wrote and co-directed, Beatty sweet-talked Paramount into financing a long-time passion project: a biopic of American communist and author of Ten Days That Shook the World, John Reed. Everybody in Hollywood thought Beatty had lost his mind. Reds is nothing short of a docudrama masterpiece – and a very entertaining one at that. This is far from a typical Hollywood hagiography: while Beatty’s film is entirely sympathetic to Reed and his staunch ideals, the Bolshevik revolution is portrayed as a betrayal of socialist principles, wrecked by sinister apparatchiks who set Russia on the horrifying road to Stalinism. 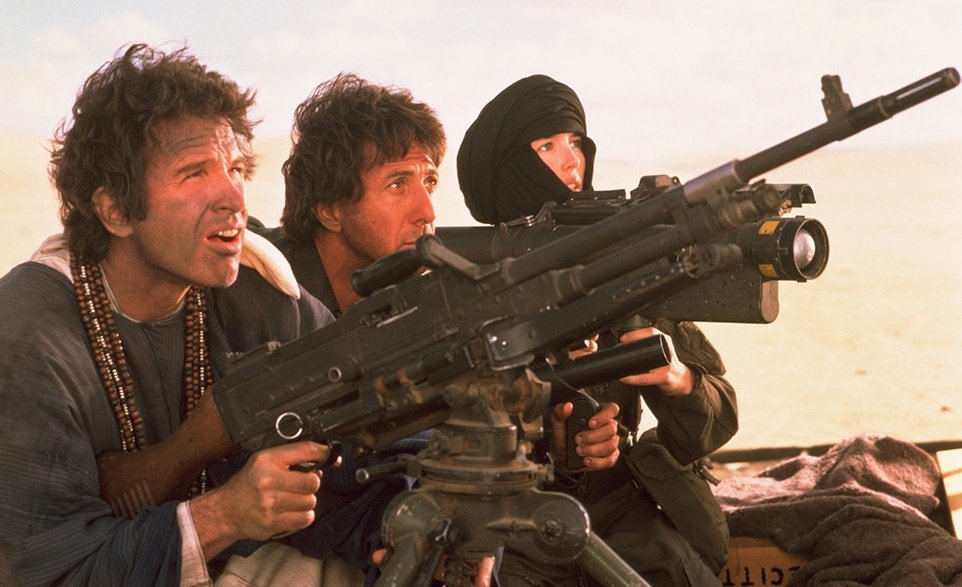 Ishtar is considered such a monumental stinker that when Kevin Costner’s aquatic actioner Waterworld (1995) was in production and industry insiders sensed a flop on the horizon, tabloids dubbed it ‘Fishtar’. In recent years, Ishtar has become a cult item. Director Elaine May’s brand of humour is deadpan and conceptually absurdist. It’s a film in which Dustin Hoffman and his co-star, playing singer-songwriters of dubious talent, switch personas: Dustin is the lothario and Beatty gets the ‘shy dweeb’ role. The deliberately terrible songs, including the earworm gem ‘Dangerous Business’, written by May and Paul Williams, are comedy gold. 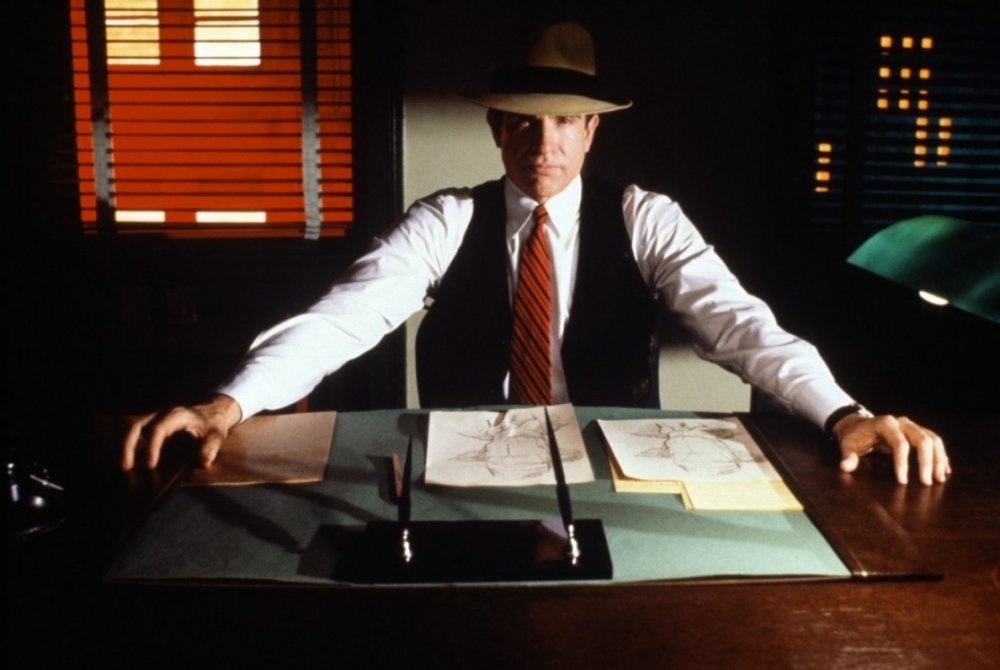 Dick Tracy doesn’t mean much today as a comic-book creation, but back in 1990 there was enough brand recognition to warrant a gamble. So the 1930s comic-strip detective was brought to vivid life in a gorgeously imagined fantasia pitched as a meeting point between Mario Bava, Edward Hopper, Roy Lichtenstein and Fritz Lang. The plot is B-movie, boilerplate stuff, but the Expressionist sets by Richard Sylbert and Vittorio Storaro’s pop-art cinematography are an aesthetic triumph. An all-star cast includes Madonna in dual roles as nightclub siren Breathless Mahoney and mysterious schemer ‘The Blank’. 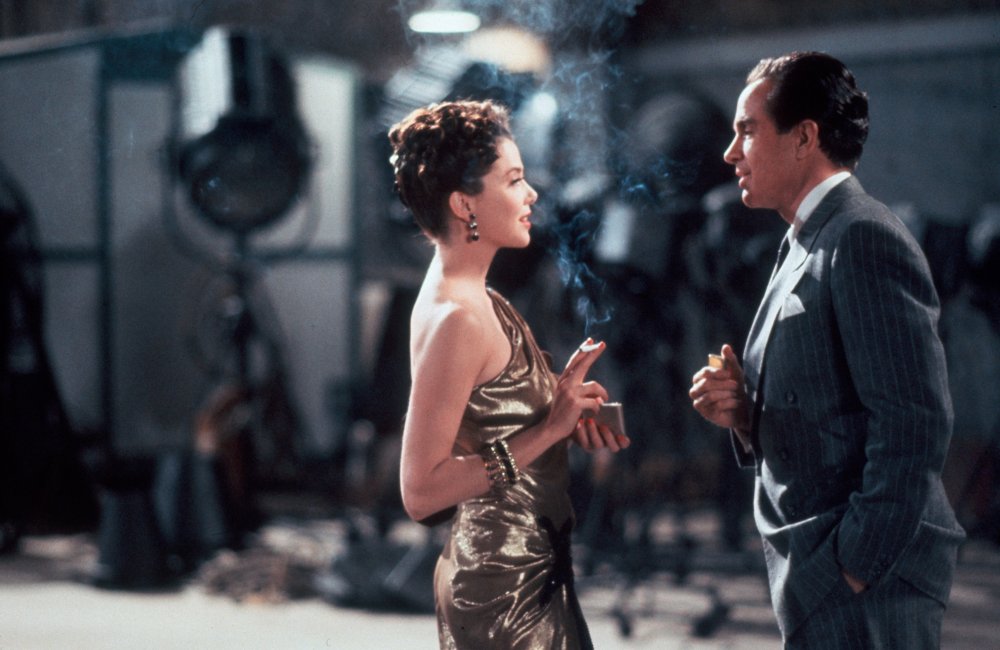 Barry Levinson’s Bugsy is the story of an American dreamer who received a neon-lit vision in the Nevada desert. That vision – building an entertainment industry-empire so his mafia pals could make billions and appear legit – made Ben ‘Bugsy’ Siegel an immortal figure. Alas, even the immortal must die first. Bugsy is a classy film about vulgar people, James Toback’s script aligning the glitz and the sordid with some panache. Casino’s Nicky Santoro tells Sam ‘Ace’ Rothstein “You only exist out here because of me”, but those could so easily have been Bugsy’s own last words. 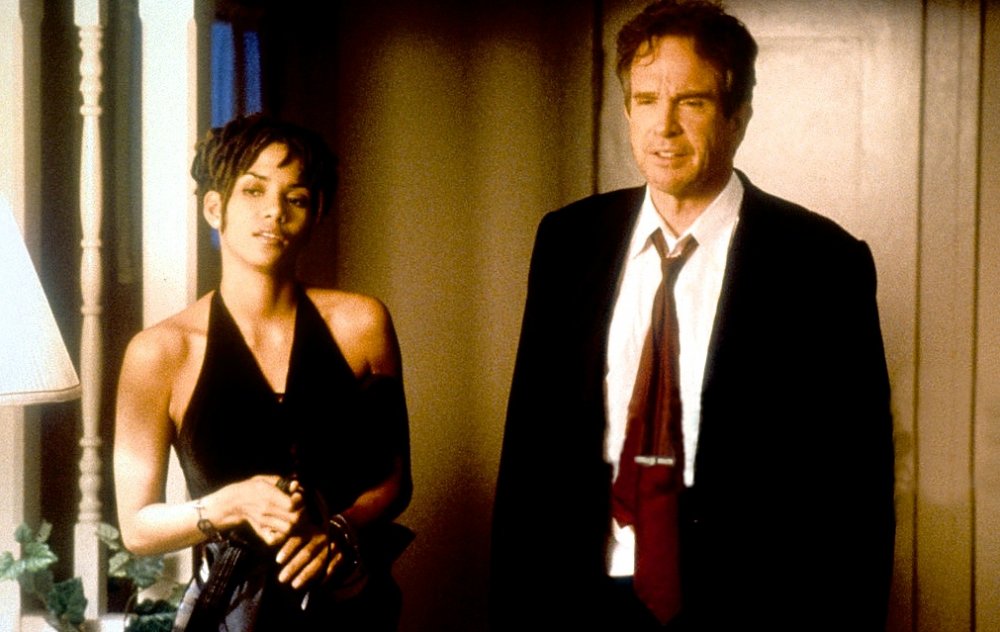 Bulworth is a state-of-the-union address as bonkers as it is impassioned. The satire might be as subtle as a knuckleduster to the kisser, but it’s far from nihilistic. Starring Beatty as the eponymous California senator, Bulworth is a comedy and discourse exposing unpalatable truths about big business and its ties to government. It’s funny stuff, but the serious points underlying the laughs are hard to stomach. It increasingly looks like a prophetic depiction of the current – and very alarming – political landscape as we see it today in an age dominated by spin and media-obsessed politicians hungry for airtime.