Championed by Terry Gilliam and Angela Carter, the cinema of Walerian Borowczyk takes in animation and live action, eroticism and horror, fairytale worlds and flights of out-there surrealism. We pick out five must-see titles.

“Borowczyk’s art, which often looks like a carefully animated painting, and has the pessimistic urge one associates with Franz Kafka, is invariably about sex, love and death. But his eye is so sharp and his ironic sense of humour so audacious that even the worst of his films is worth something. The best inhabit a world you are unlikely to forget.” (Derek Malcolm, The Guardian) 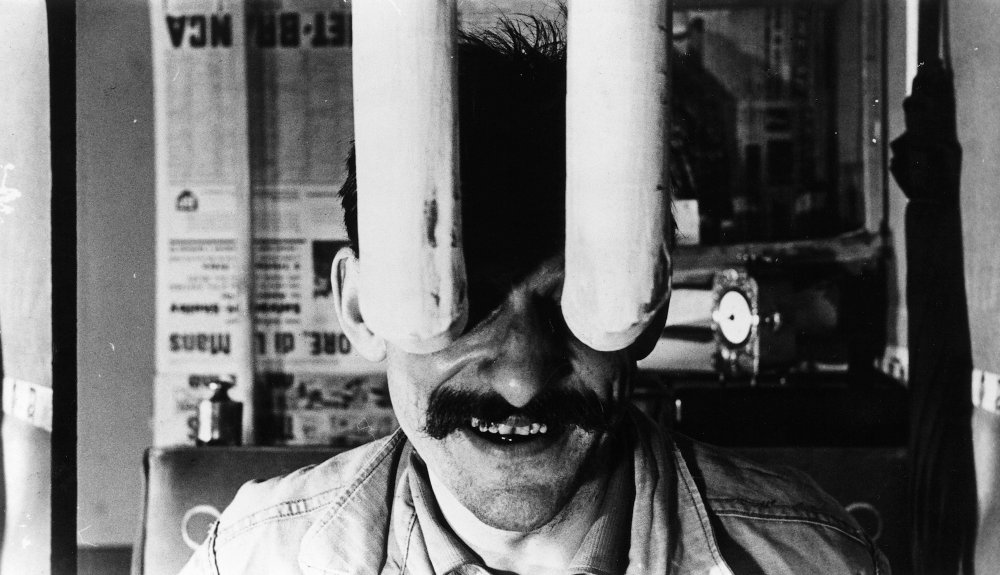 The first animated short that Walerian Borowczyk made outside his native Poland remains a delight to this day. A would-be astronaut (complete with top hat, moustache and pipe: no fresh-faced test pilot but a latter-day Heath Robinson) constructs a viable if ramshackle spacecraft on the roof of his house and launches it to the moon, only to be caught up in an interstellar shootout and a rescue mission.

The shared directing credit with Chris Marker was more for funding than artistic reasons, and Marker’s creative input was minimal, although he did come up with the astronaut’s pet owl, one of many characteristically bizarre visual touches. The astronaut himself isn’t above the occasional sly bit of voyeurism en route, in a sequence that foreshadows the work that would make Borowczyk notorious a decade and a half later.

Watch it for… one of the best examples of Borowczyk’s early animated style, a deceptively ‘primitive’ blend of jerky cut-out figures and alternately photorealistic and abstract backgrounds.

Listen to… the still surprisingly ‘modern’ score by Andrzej Markowski (1924-86), overlaying unexpected chirps and tweets on top of recordings of classical music.

“With its mixture of poetry and burlesque, this is a masterpiece of surrealist incongruity.” (Monthly Film Bulletin) 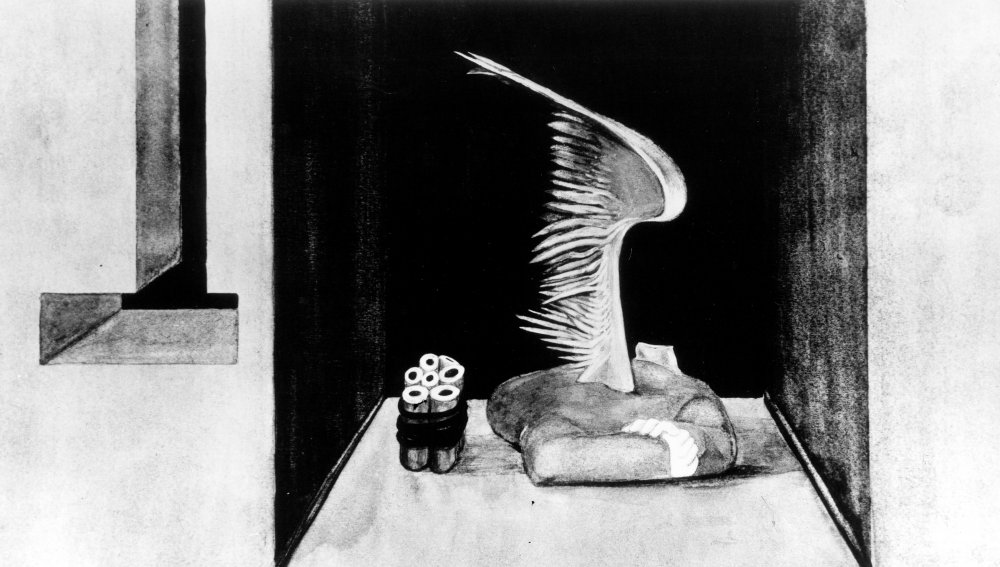 If he’d made nothing else, this macabre, 12-minute masterpiece would grant Borowczyk cinematic immortality on its own. His personal experience of life under both Nazi and Soviet occupation has led people to divine allegorical portraits of both the Holocaust and the dehumanising industrial processes of the Stalin era, but its stripped-down, uniquely suggestive approach makes it impossible to pin it down to any specific era. After a seemingly endless train journey through a night studded with shells flying overhead, are the pipe-riddled rooms that we eventually reach part of a prison, a factory, or a grim fusion of both? And does the constant parade of beheadings and mutilations serve a specific purpose, or is it merely part of some twisted caprice?

With this film, Borowczyk definitively proved that animation could be regarded as one of the fine arts, to rank alongside the canvases of Goya and Francis Bacon.

Watch it for… The way Borowczyk conjures up an entire universe from the simplest means.

Listen to… the equally extraordinary electro-acoustic score by Bernard Parmegiani (1927-2013), who furnished Borowczyk with some of his most memorable soundtracks.

“My first experience of animation that was utterly impressionistic. It didn’t show me anything specific, just sound and movement from which you create a world of your own.” (Terry Gilliam, choosing it as one of his top 10 animated films for a Guardian feature) 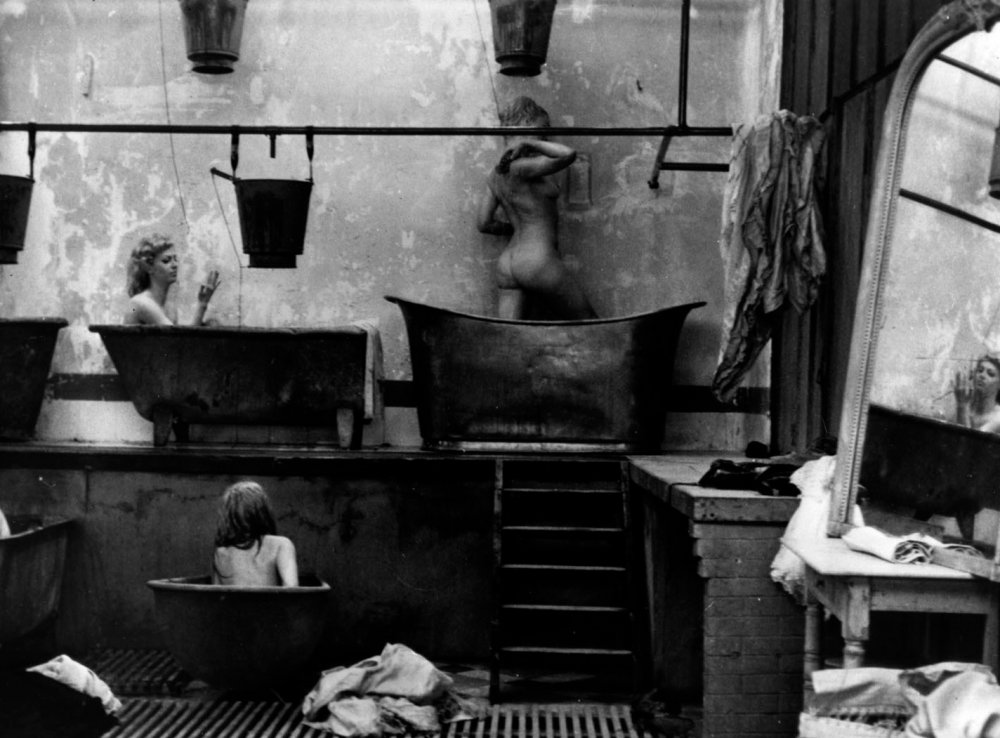 Borowczyk’s stark medieval fable Blanche (1971) is usually singled out from this period in his career, but his first live-action feature Goto is richer and rarer, creating a wholly unique world out of a situation whereby the eponymous island has been shut off from the rest of civilisation since 1887 and has evolved its own distinctively Borowczykian environment and culture: dilapidated rooms, exotic costumes, antique artefacts. It’s mostly shot in black and white, with half a dozen ultra-brief yet inexplicably haunting transitions into colour.

Borowczyk was proud of the fact that the film was banned in both Communist Poland and Fascist Spain, because it meant that his portrait of the vices of totalitarianism had universal application – although Pierre Brasseur’s sad-eyed dictator Goto III is as much a prisoner as his various subjects, including his beautiful wife Glossia (Ligia Branice, Borowczyk’s wife).

Watch it for… the blend of black-and-white cinematography and half a dozen ultra-brief yet inexpressibly haunting glimpses of colour.

Listen to… the use of a Handel organ concerto to underscore the film’s entire structure, one of many memorable repurposings of classical music in Borowczyk’s work.

“It is as though Borowczyk had filmed just below the level of consciousness, taking his camera into the acutely realistic state of nightmare.”  (Penelope Mortimer, The Observer) 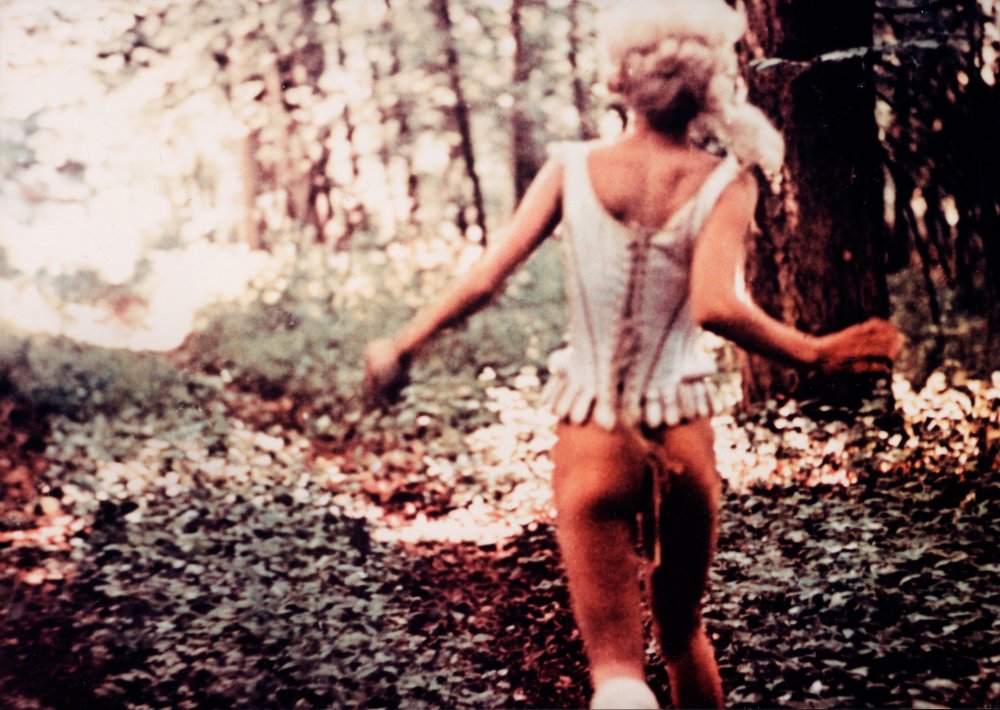 In 1973, Borowczyk showed his short A Private Collection and an early version of Immoral Tales (1974), and for the rest of his life he’d be regarded as “that arty pornographer”. The fact that his later films were easier to see than his earlier work yet more likely to be interfered with (by censors, distributors and dubbers alike) caused lasting damage to his reputation that is only just being posthumously repaired.

Expanded from a planned Immoral Tales segment, The Beast sees Borowczyk at his most extreme and his most playful, although it would be an understatement to say that not everyone will appreciate a lighthearted treatment of graphic bestial rape.  But Borowczyk was once called Luis Buñuel’s most likely successor, and had a similarly clear-eyed ability to cut through bourgeois and religious hypocrisy to examine human desires at their most primal.

The Strange Case of Dr Jekyll and Miss Osbourne (1981) 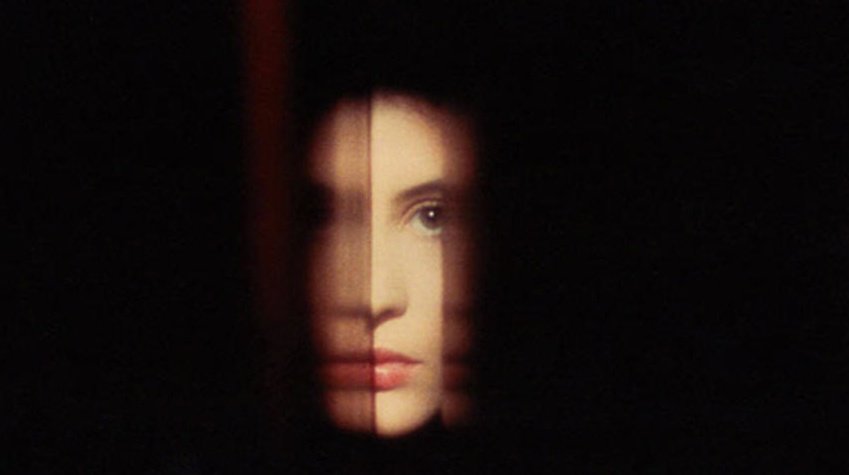 Films don’t come much more maudit than Borowczyk’s characteristically perverse take on Robert Louis Stevenson. With revisionist interpretations of Frankenstein and Dracula already under his belt (thanks to Paul Morrissey and Andy Warhol), Udo Kier plays Dr Jekyll as a wide-eyed innocent, whose research into “transcendental medicine” leads to him bathing in a fluid that transforms him into a ravening beast with an insatiable sexual appetite and the equipment with which to indulge it, leading to a mounting body count among the guests attending the good doctor’s engagement party to Fanny Osbourne (Marina Pierro).

In an ideal world, this witty, typically fetishistic, wildly imaginative subversion of a stuffily polite literary adaptation would have transformed Borowczyk’s career and reputation. Instead, it was practically buried following a row with his producers, and remained one of his most obscure films until it finally re-emerged on Blu-ray and DVD in 2014.

Watch it for… the extraordinary ending, in which Jekyll and Fanny’s unbridled ecstasies seem to seep into the film’s very fabric.

“Potent and poetic, mischievous and macabre, Borowczyk’s film shows just how many imaginative worlds the horror movie can open up when the right artist holds the keys.  (Nigel Andrews, Financial Times)