There was no reality TV 40 years ago – instead, the schedules were ripe with unsettling supernatural tales that made 1977 a peak year for folk horror and other strange televisual vibrations. 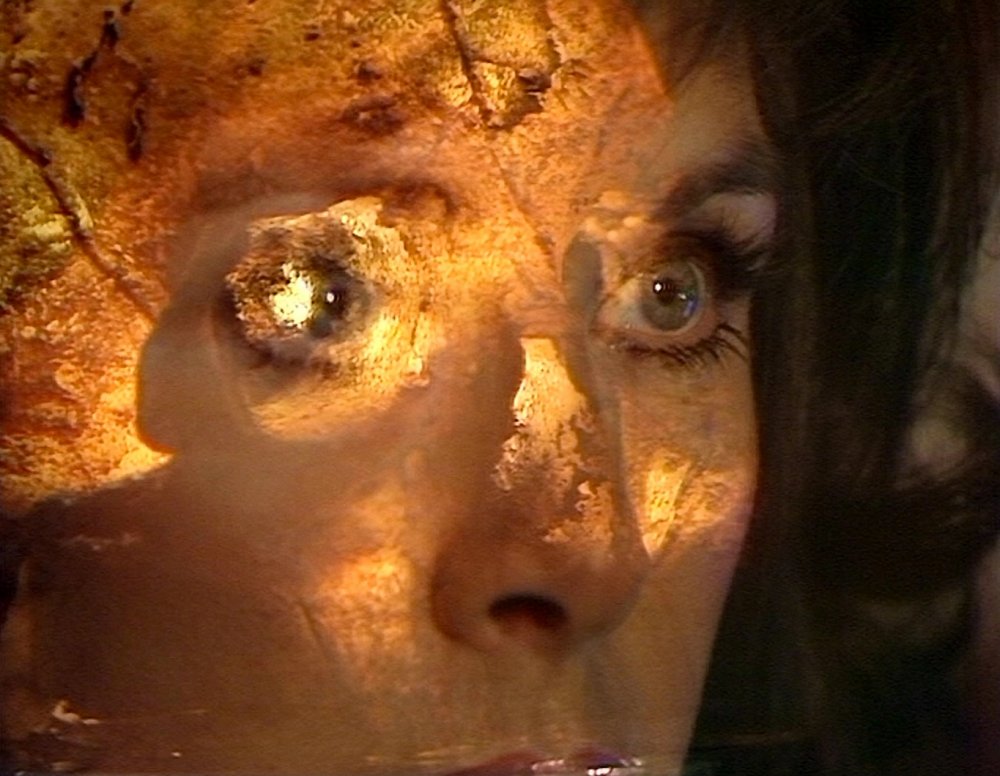 With the spring equinox upon us, it’s the time of the year when ceremony, the esoteric and the occult are once more released into the social heart of Britain. What better way to celebrate than by revisiting some ‘wyrd’ highlights from our television past?

The 1970s was a golden era for quirky and brilliant television, but 1977’s schedules in particular seemed to produce a bountiful crop of what is now termed folk horror. The examples listed below offer a heathen harvest of powerful stone circles, Arthurian legends, occult happenings and dangerous edgelands. Forty years later, these small-screen gems retain the power to surprise and unsettle…

Children of the Stones 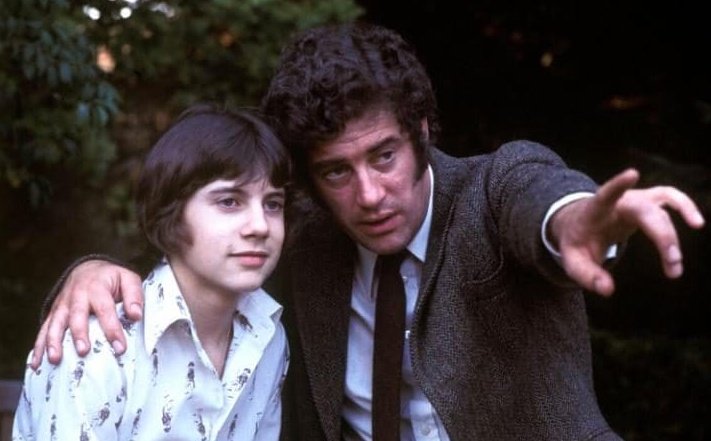 One of the most prominent of folk horror series to emerge in the 1970s, Children of the Stones gathers together some of the genre’s most recognisable attributes. Written by Trevor Ray and Jeremy Burnham, and perhaps one of the scariest of children’s programmes ever made, the series follows Dr Adam Brake (Gareth Thomas) and his son as they became trapped in the country village of Milbury (Avebury in real life) after attempting to conduct of study of its many standing stones. It turns out that the stones are connected to a black hole whose power is being harnessed by the village’s leader, Hendrick (Iain Cuthbertson), to wipe all free will and negative thoughts from the populace.

The series also has one the most unnerving and ‘wyrd’ opening titles, heightened by Sidney Sager’s soundtrack, which used the choral skills of the Ambrosian Singers to musically react to the individual stones in each shot. 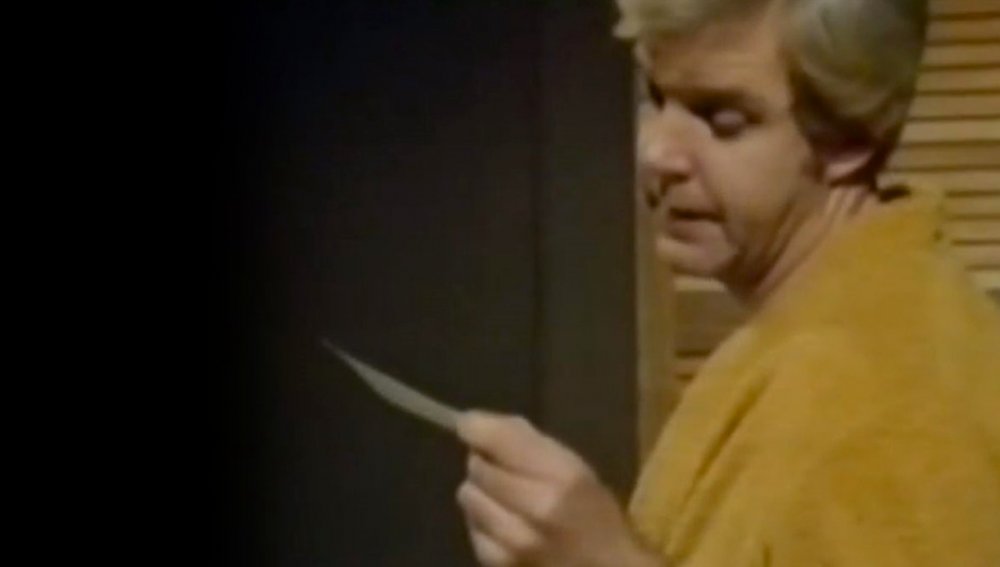 The BBC’s Play for Today slot went from strength to controversial strength in the late 1970s. With instalments such as Mike Leigh’s Abigail’s Party (1977), Ken Loach’s The Price of Coal (1977) and Alan Clarke’s banned Scum (1977), the series was arguably at its highest creative peak. One play that got lost among these many excellent works in 1977 was John Bowen’s A Photograph, a part follow-up to his earlier folk horror episode for the slot: Robin Redbreast (1970). The play follows the occult misdoings of Mrs Vigo (Freda Bamford), a character from that earlier play, who is now living in a caravan and still causing mischief.

King of the Castle 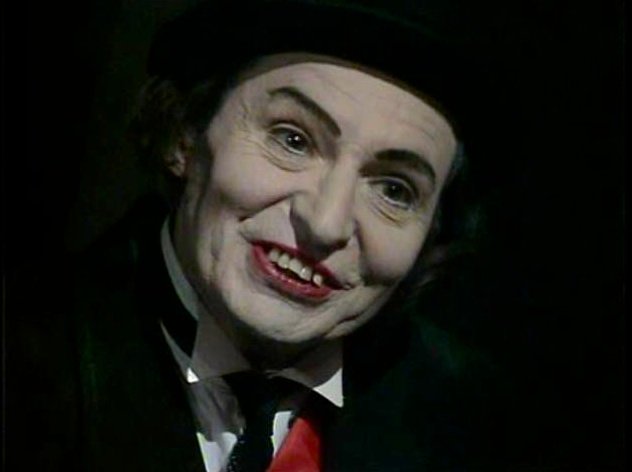 Like Children of the Stones, this seven-part series was produced by HTV, the Welsh ITV franchise. Written by Bob Baker and Dave Martin, King of the Castle seems a highly unusual choice at first, with its initial setting in a run-down, brutalist high-rise à la J.G. Ballard. Yet, when its lead character becomes trapped and unconscious in a lift after being chased by local bullies, he enters a nightmarish dream world, part Kafka-infused bureaucracy, part Universal horror.  Though its narrative is relatively flimsy, it’s full of typically Ballardian visual motifs and mixes a very stark aspect of social realism with The Adventure Game-style fantasy. 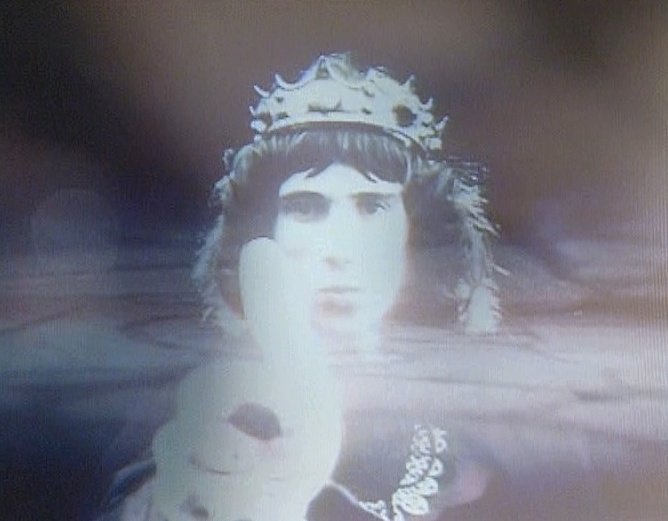 Raven follows Phil Daniels as a borstal boy sent out on probation only to become embroiled in the campaign to save some archaeologically important caves from being destroyed by plans for a new nuclear power plant.

Channelling Arthurian legend very much in the vein of Alan Garner’s writing and similar in its eco message to earlier shows such as HTV’s Sky (1975) and the BBC’s The Changes (1975), Raven is an incredibly effective piece of folk horror. As Daniels also plays a borstal boy in Scum, which was withdrawn from broadcast this same year, the series feels oddly like a sequel to that play, in which the character of Richards is released back into 1977 only to find it littered with Arthurian magic and strange, ancient powers taking hold.

Doctor Who – Image of the Fendahl 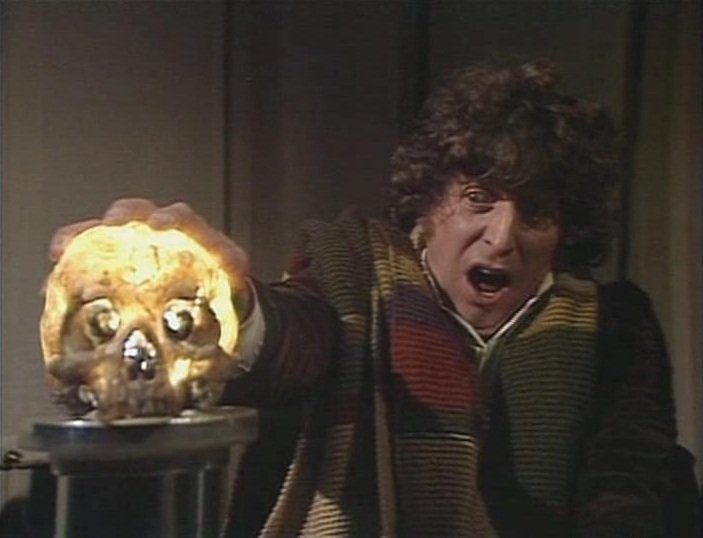 Nigel Kneale was often dismissive of Doctor Who, largely because he felt the series to be built from the ideas he formed through Quatermass. Though the series rarely tackled the sort of themes present in Kneale’s work regularly, Chris Boucher’s Image of the Fendahl serial came incredibly close to Knealian territory. It follows Tom Baker as the Doctor, with his companion Leela (Louise Jameson), as they come across a time distortion in a forest surrounding an old priory now used for scientific research. An impossibly old humanoid skull has been found in Kenya with a pentagram on it, which turns out to be the remnants of an alien from Gallifreyan mythology.

With its folk-horror tropes of occult villagers, salt being used as an ancient weapon against evil, and eerily conveyed haunted woods, the story is one of the most effective from 1970s Doctor Who. 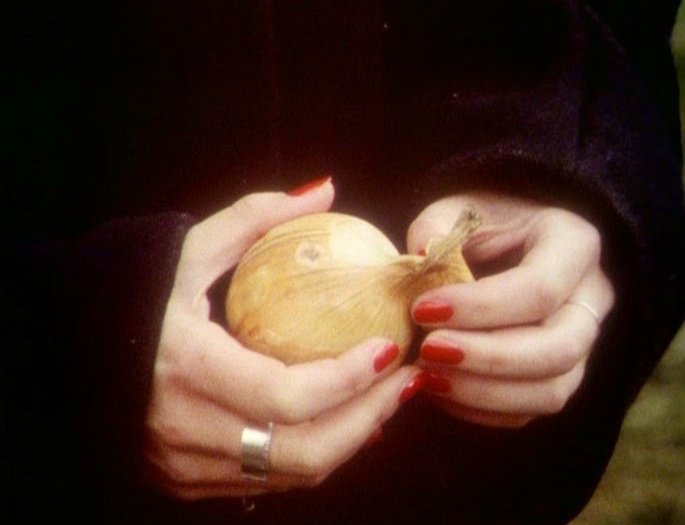 By 1977, the BBC Ghost Story for Christmas slot had become a regular, wintery haunting.  Lawrence Gordon Clark had been directing one per year since 1971, usually adapting the ghost stories of M.R. James (though the previous instalment had been an adaptation of Charles Dickens’ ‘The Signalman’).

Stigma is Clark’s first attempt at an original ghost story, written by Clive Exton, and follows the strange goings on at a cottage in Avebury. After finding a large stone in their garden, clearly part of the wider circle of ‘menhir’ in the adjacent field, Katherine (Kate Binchy) and Peter (Peter Bowles) opt to have it removed by crane. Moving the stone unleashes ghostly forces, which Katherine faces the brunt of, inexplicably beginning to bleed from invisible wounds unseen on her body. Stigma was the first and only BBC Ghost Story to follow the haunting of a female lead, asking stark questions about the role of women’s bodies in sacrifice. 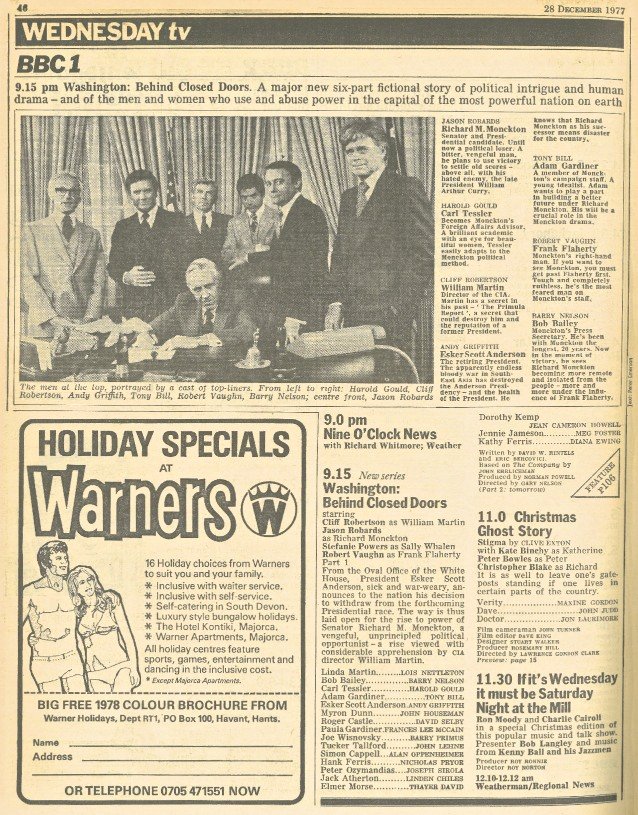 Many public information films were made in the 1970s, but 1977 boasted two of the best and strangest. John Mackenzie’s Apaches is a safety film about the hazards of playing on a farm, which, while designed for a young audience, can be seen as Mackenzie honing his portrayal of violence and death ahead of his subsequent London gangster film, The Long Good Friday (1980). The Finishing Line, on the other hand, enters fully into surrealism by showing what would happen if the games of a school sports day were centred around a train track. One of many public information films directed by John Krish, it manages to balance a ‘wyrd’ sense of the macabre with the more surreal elements typically found in films by the likes of Lindsay Anderson, Richard Lester and Peter Medak.