Appearing in classics such as The Guns of Navarone and Zulu, Welshman Stanley Baker was one of the great British screen actors of the 20th century. 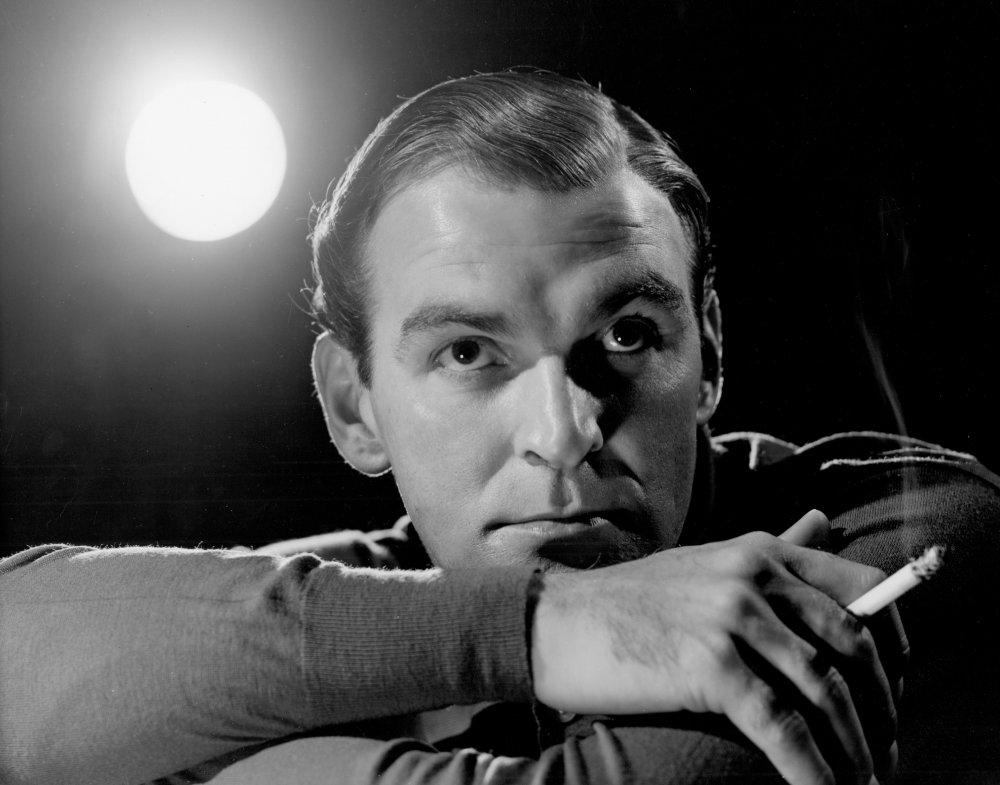 Born in Wales on 28 February 1928, Stanley Baker escaped life as a coalminer for acting after a chance sighting in a school play by the casting director of Ealing Studios led to Baker’s first role in the 1943 war drama, Undercover. He began appearing regularly in film and television and by the late 50s was one of Britain’s major male stars. While he oversaw a varied body of work, Baker’s rugged physique and hard grace meant he was most often cast as the tough guy in crime movies. He spearheaded the evolution of the British film criminal from the gentlemen thief to more ruthless figures, often working-class and capable of great brutality.

Unlike Michael Caine or Terence Stamp, however, Baker wasn’t embraced by the swinging 60s, and he lacked a star vehicle like Sean Connery’s Bond franchise (Baker had actually turned down the role of 007 in 1962’s Dr. No). He established his own production company in the late 60s, but the decline of the British film industry in the early 70s forced him to take whatever roles he could to keep his business interests afloat. Diagnosed with cancer in 1975, he sadly didn’t live to see his 50th birthday, but left behind a body of work that remains compulsively watchable to this day. 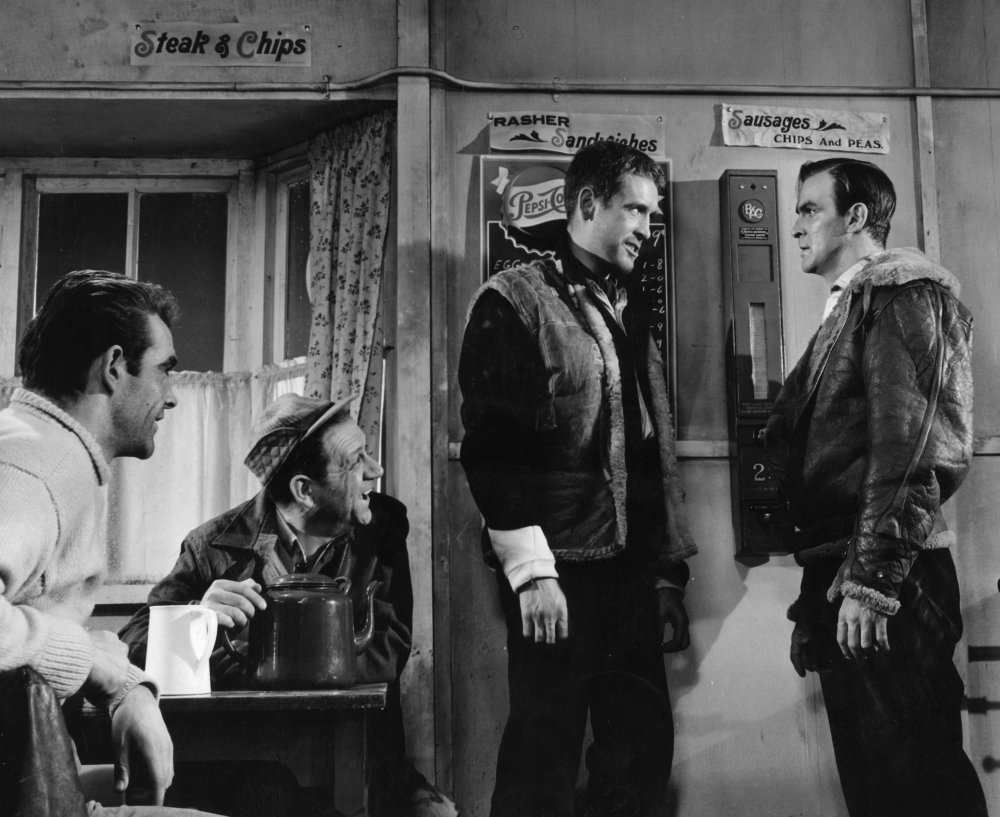 His first leading role was in the Hollywood-blacklisted director Cy Endfield’s hard-hitting trucking noir. Baker is a young working-class man fresh out of jail for a botched heist. Taking a job as a driver in a freight haulage company, he immediately falls foul of the company’s uncaring management and the psychopathic ‘top driver’ Red (Patrick McGoohan). Baker’s performance is a perfect mixture of grit, slow-burn determination and guilt over past misdeeds. 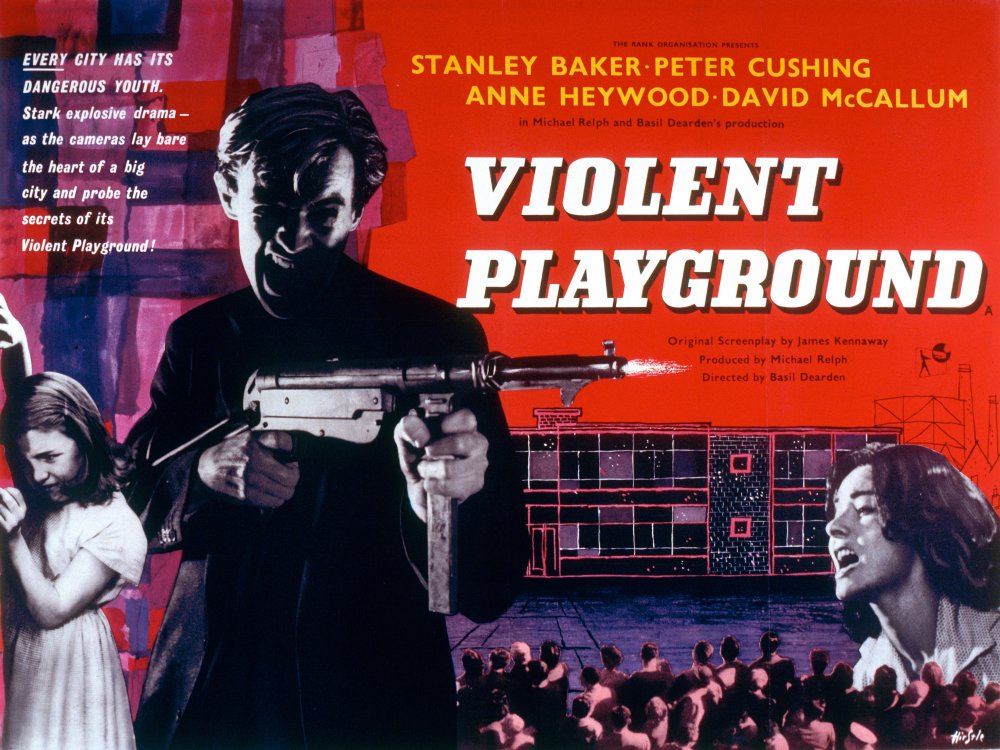 Featuring one of several police characters Baker played in the late 50s/early 60s, Violent Playground fuses a crime story with a social realist tale of delinquent youth. Baker gives a nuanced performance as a macho cop transferred from criminal investigation to youth liaison with Liverpool’s street gangs and, in particular, one gang led by teen hooligan Johnny Murphy (David McCallum). At first viewing his new job as demeaning, his work and budding romance with Murphy’s sister (Anne Heywood) sees him gradually adopt a more sophisticated and humane approach to policing. 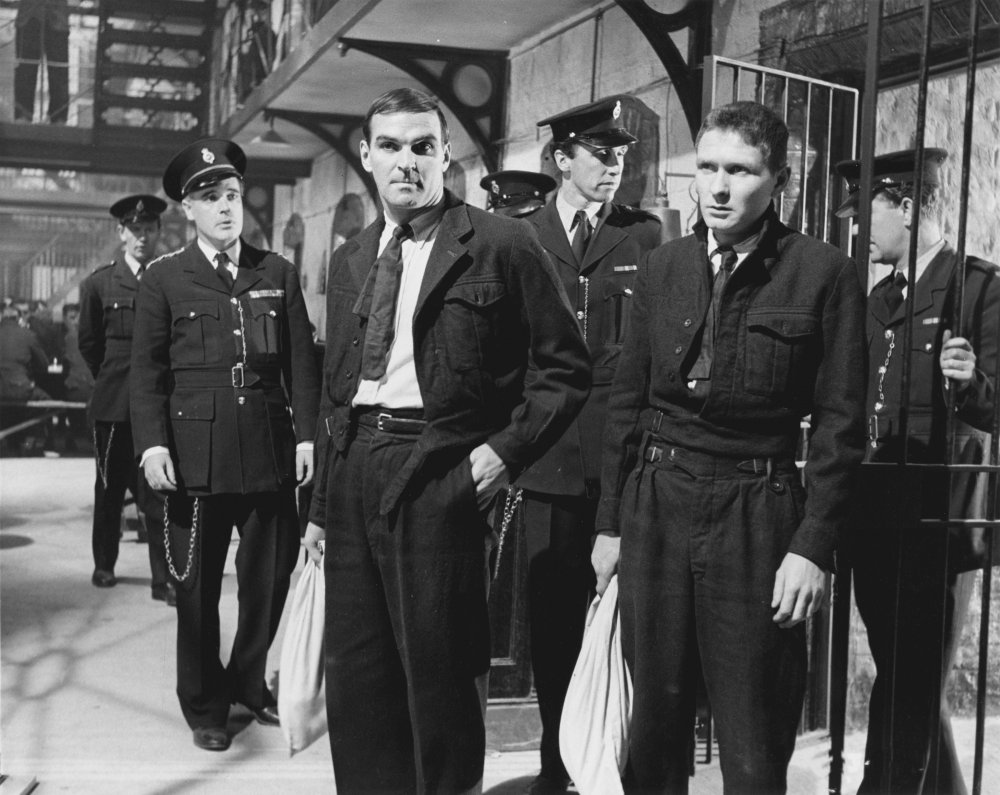 One of six films Baker would do with another Hollywood blacklistee, Joseph Losey, it combines heist, prison and gangster film tropes with an arthouse texture and feel. Baker’s character, Johnny Bannion, is a tough criminal under pressure from former associates to reveal where he hid the proceeds from a racetrack robbery. Modelled on real-life Soho villain Alfred Dimer, who advised Losey during filming, Bannion represents the new school of British cinema criminal: aware how repellent his milieu is, ruthless and violent in his dealings with other gangsters, and tender towards his sophisticated girlfriend (Margit Saad). 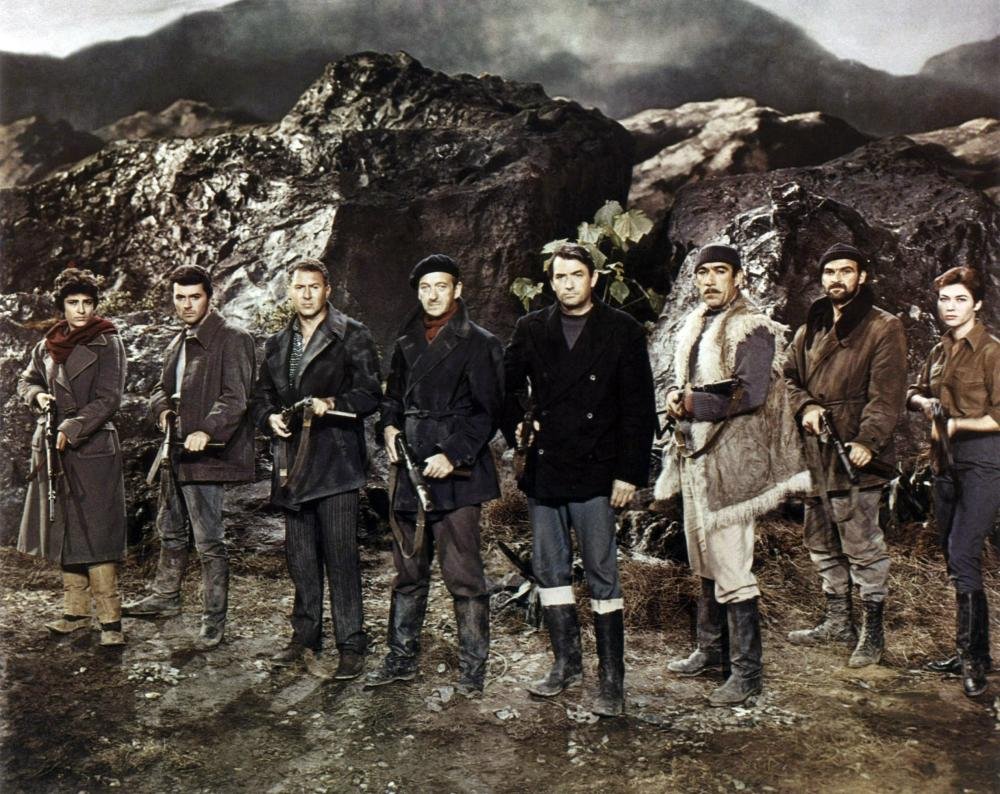 Playing fifth place to Gregory Peck, David Niven, Anthony Quinn and Irene Papas, Baker acquits himself well in this blockbuster, which showcased him to an international audience. Bearded and menacing as Brown, nicknamed ‘the Butcher of Barcelona’ in reference to his time fighting fascists in Spain, he is part of a commando unit ordered to destroy two huge German guns guarding a strategically important sea channel. Baker infuses Brown with a sense of battle fatigue that is crucial to making this a surprisingly anti-militarist war film. 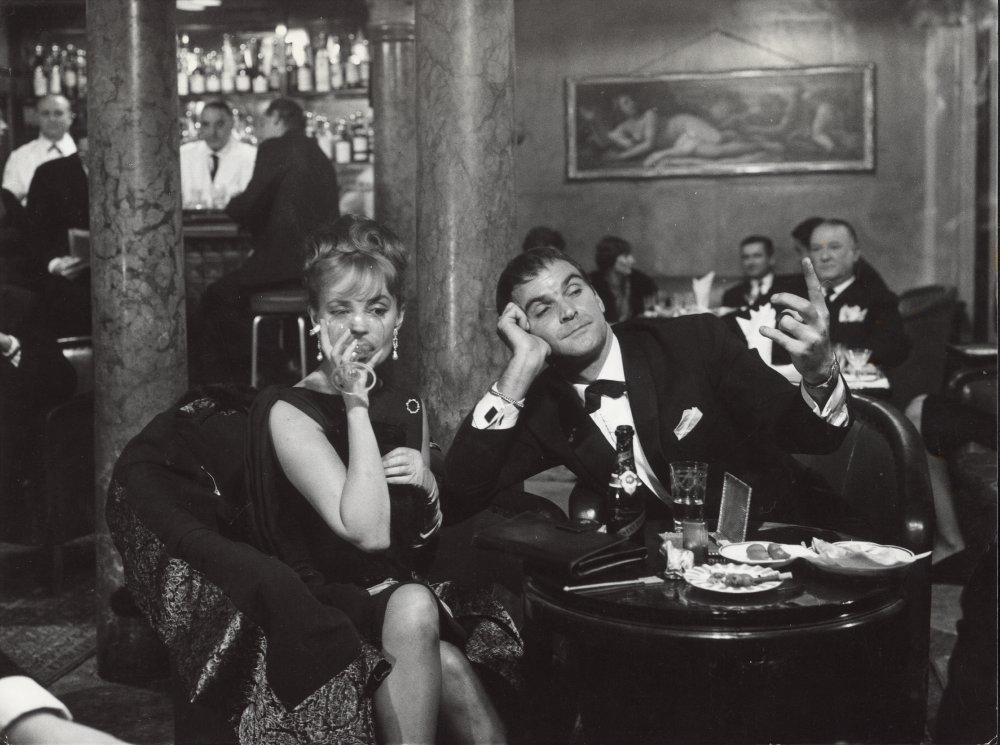 Baker is a successful Welsh novelist living the fast life in Italy, whose burgeoning career and marriage unravels when he becomes infatuated with an emotionally cold, high-class call girl (Jeanne Moreau). In another of his collaborations with director Joseph Losey, Baker plays convincingly against type as the needy one who puts himself at the emotional mercy of someone far more ruthless and conniving than he is. 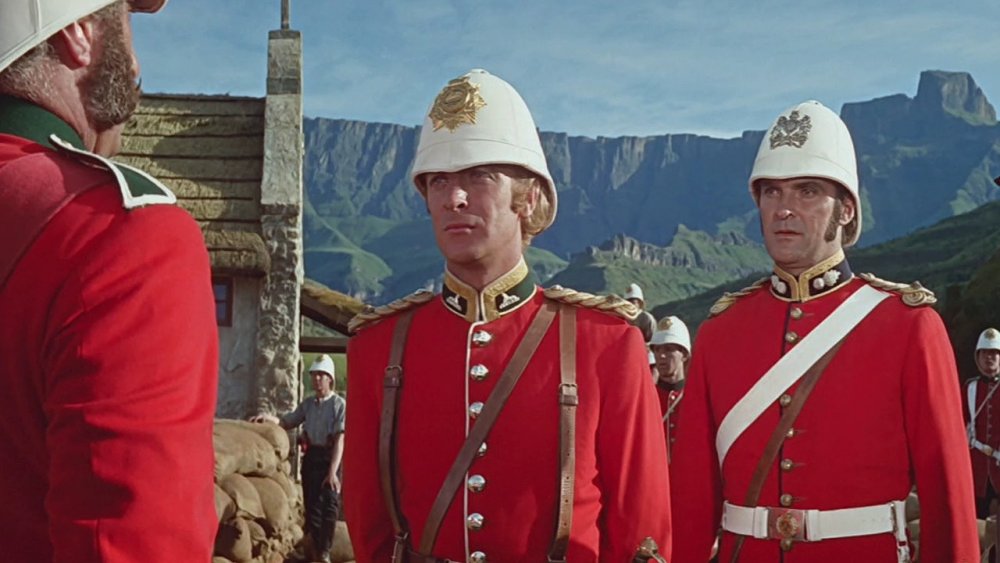 In addition to being its star, Baker produced Zulu in cooperation with Cy Endfield, who also directed and co-wrote the screenplay. This highly revisionist retelling of the Zulu siege of Rorke’s Drift in 1879 combines big-budget action thrills with a remarkably sophisticated take on class and the absurdity of Britain’s colonial project. Baker plays his character, Lieutenant John Chard, as steady, calm and authoritative – the perfect counterpoint to Michael Caine, in his first major screen role, as the effete upper class co-commander. Despite being Baker’s movie, Caine emerged from Zulu the greater star. 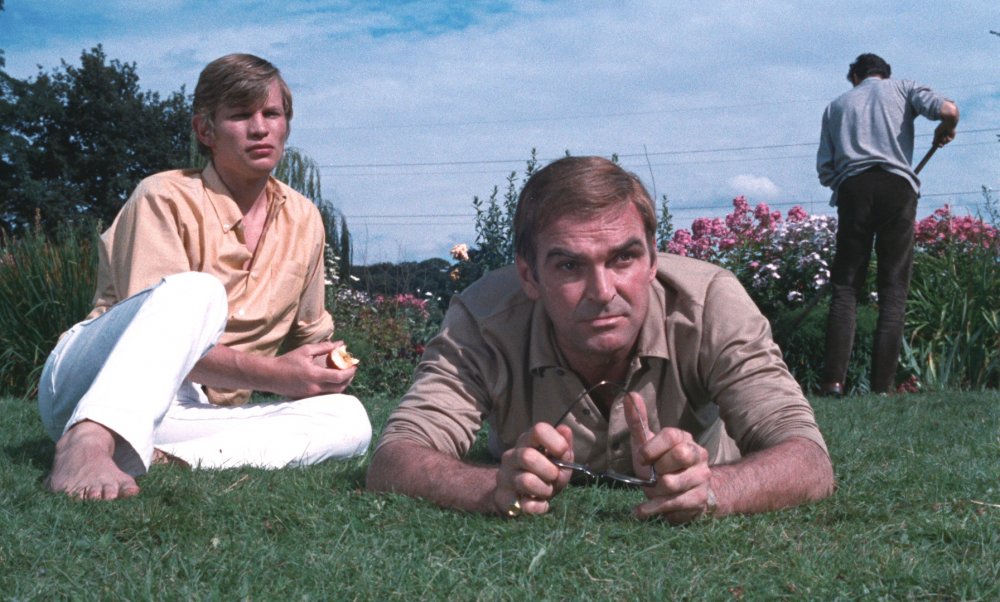 In a series of dreamlike flashbacks, Joseph Losey’s Accident tells of the rivalry between two middle-class academics: unhappily married, self-doubting Stephen (Dirk Bogarde) and the ambitious, successful, Charley (Baker). At the centre of their conflict are the affections of one of Stephen’s students (Jacqueline Sassard). Baker inhabits his role so totally as to be almost unrecognisable from earlier more macho screen incarnations.

It says a lot about Baker’s versatility that he could go from Accident to this ultra hard-boiled fictionalised retelling of the Great Train Robbery without missing beat. His character is the tightly wound leader of the heist gang, an ex-jailbird who will let nothing stand in the way of his planned robbery. He cajoles, buys off and manipulates those around him, while dealing with a suspicious Scotland Yard detective (James Booth) and a disintegrating marriage to Joanna Pettet. 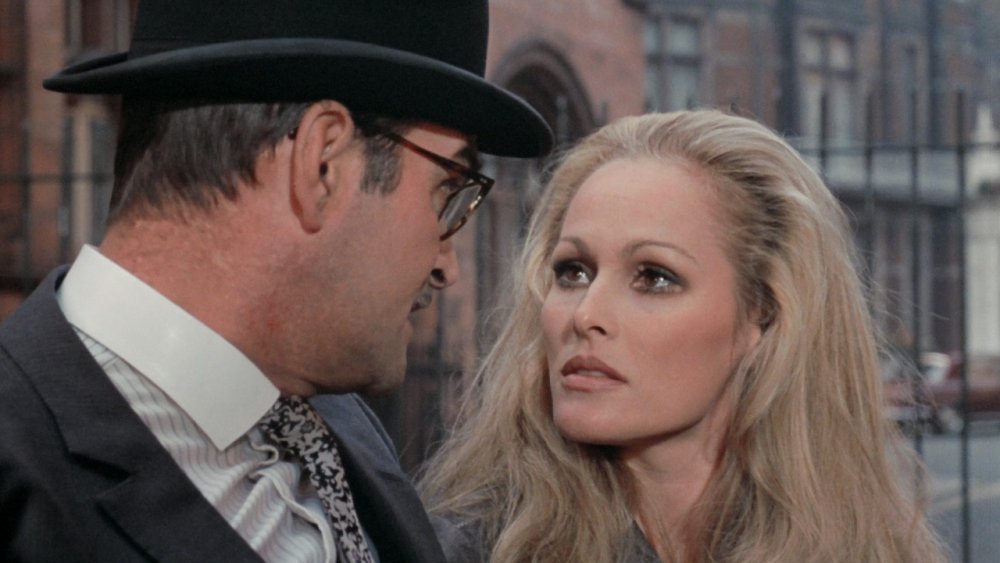 This little-known swinging 60s caper film sees Baker in fine form as an uptight deputy bank manager who recruits a glamorous socialite (Ursula Andress) and her dissolute, cash strapped English lord husband (David Warner) to help rob his employer. Director Peter Hall’s non-linear narrative makes the story confusing at times but this is more than made up for by the interaction between the three stars. Warner’s flamboyant character steals this film, in large part because Baker, in an example of how good acting can sometimes mean consciously stepping aside, helps him to do it. 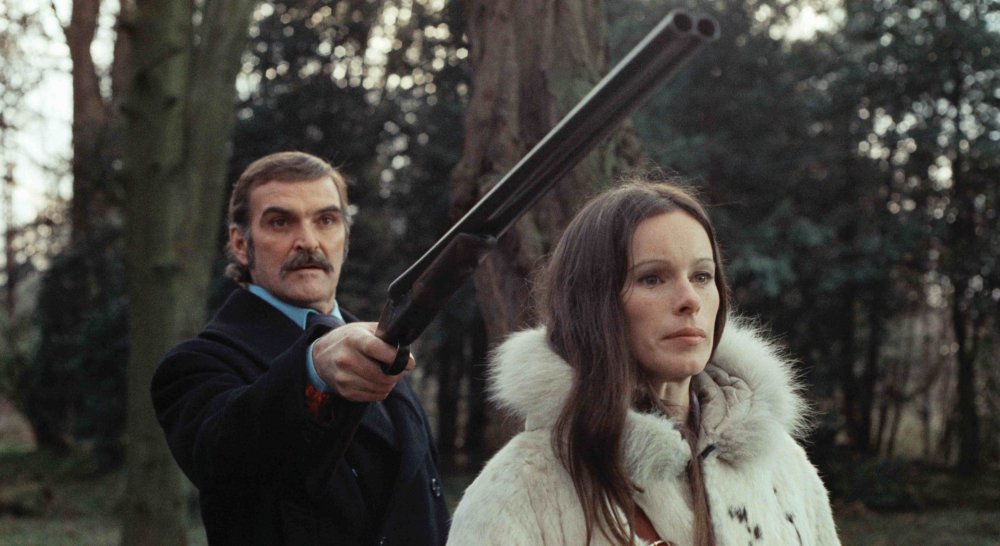 Featuring Baker’s last big-screen role, Innocent Bystanders looks and feels like a hard-boiled low-rent James Bond. Proof Baker could still do tough guys well, his character John Craig is a traumatised spy long past his peak, who is assigned one last job by his reptilian boss (Donald Pleasence). His mission to locate a defecting Soviet scientist sees him travel to Turkey via New York. In the process he discovers that although he has lost his taste for killing, he hasn’t lost his talent for it.