From Brighton Rock to Jurassic Park, we remember some of the best films starring the irreplaceable Dickie Attenborough. 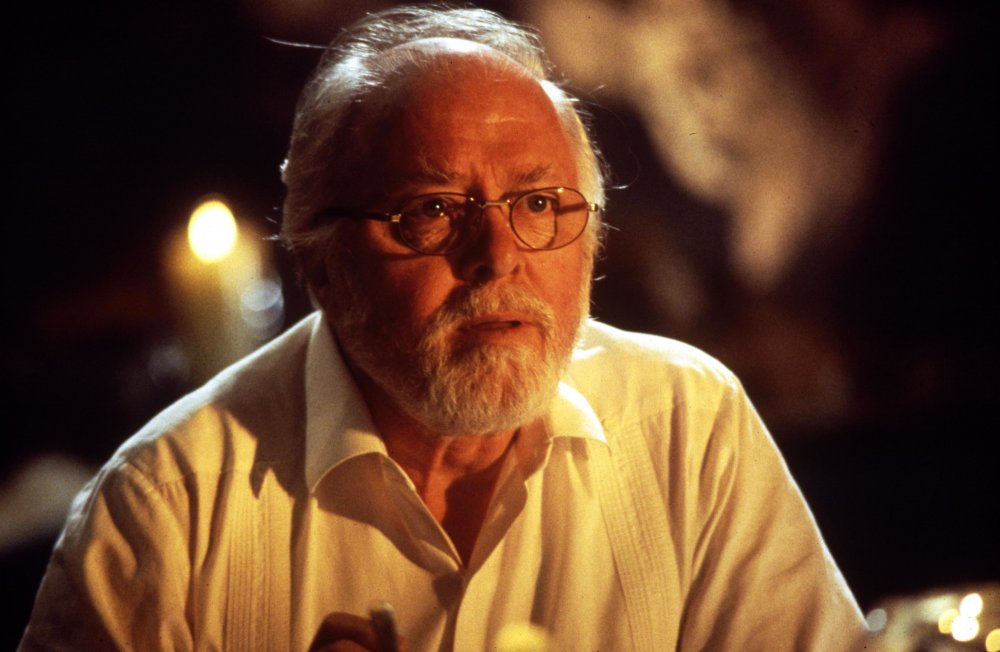 With the passing of Lord Attenborough on the 24 August 2014, the final curtain came down on the life of one of the true greats of British cinema. As comfortable behind the camera as he was on screen, Attenborough’s glittering career spanned seven decades and encompassed more than 70 acting credits and a further dozen as director.

A prodigiously talented, consummate professional affectionately known as Dickie or Bunter to his friends and the general public, Attenborough was adept at portraying figures from all walks of life. Whether they were petty criminals, average Joes, military men or loveable rogues, Attenborough always made them fully three-dimensional, captivating characters. Here are 10 of his finest performances. 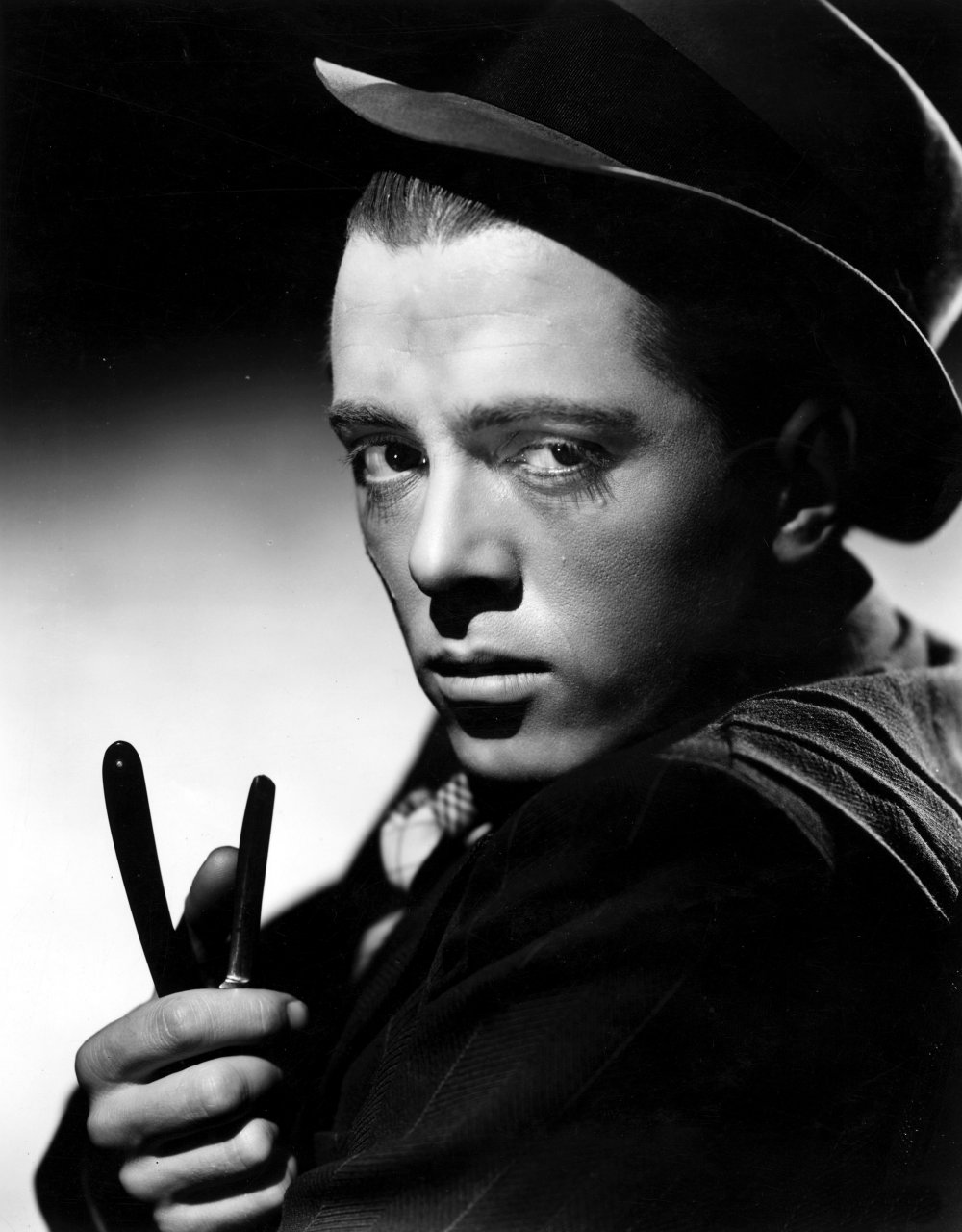 One of the performances for which Attenborough is most famous came in the Boulting brothers’ adaptation of Graham Greene’s 1937 novel Brighton Rock. Reprising his lauded West End role as vicious teen criminal Pinkie Brown for the big screen, Attenborough burns with edgy intensity in this classic crime drama. A British film noir featuring extensive location work, Brighton Rock is dominated by the then 24-year-old actor’s powerful screen presence. Whether slashing victims with a straight razor or obsessively fiddling with a cat’s cradle, Attenborough’s Pinkie Brown is a vivid, unsettling creation. 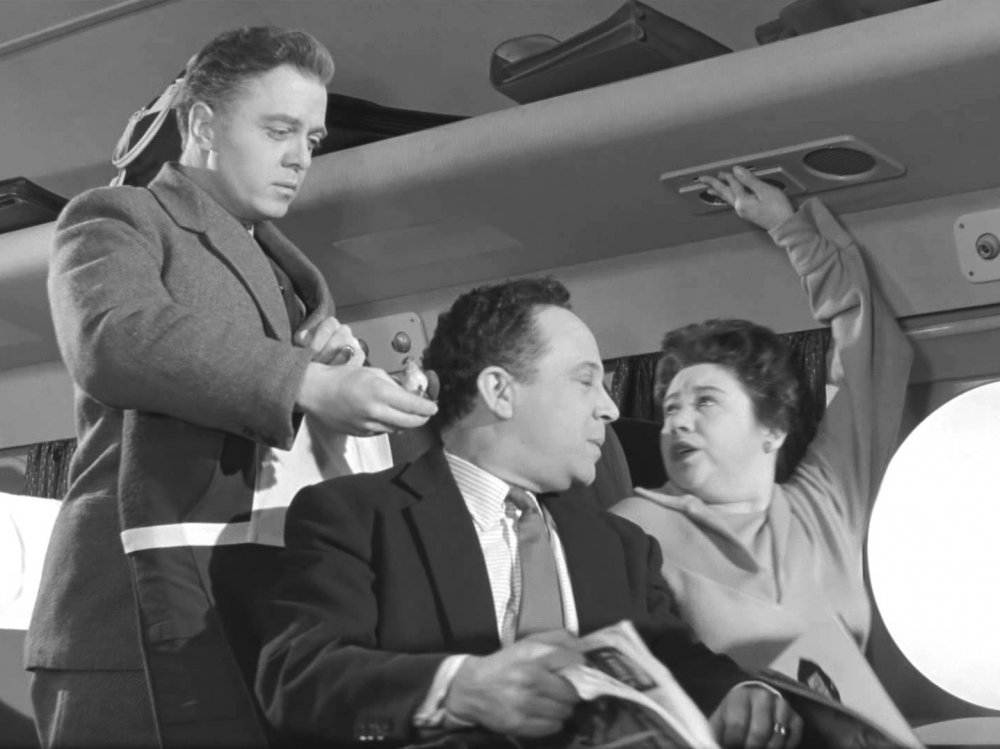 The character Ernest Tilley may not immediately come to mind when thinking of Attenborough’s standout film credits, but his portrayal of this man-on-the-edge is every bit as memorable as his more celebrated roles. Cy Endfield’s proto-typical airborne disaster movie revolves around Tilley’s threat to blow up a London to New York bound flight aboard which he is travelling. Mentally shattered by the death of his young daughter at the hands of an uncharged drunk driver, whom Tilley knows is on the flight, Attenborough’s character is fuelled by a grief-stricken desire for revenge. The late actor’s essaying of Tilley’s descent into and return from emotional hell is the high point of Endfield’s enjoyable, if contrived, thriller. 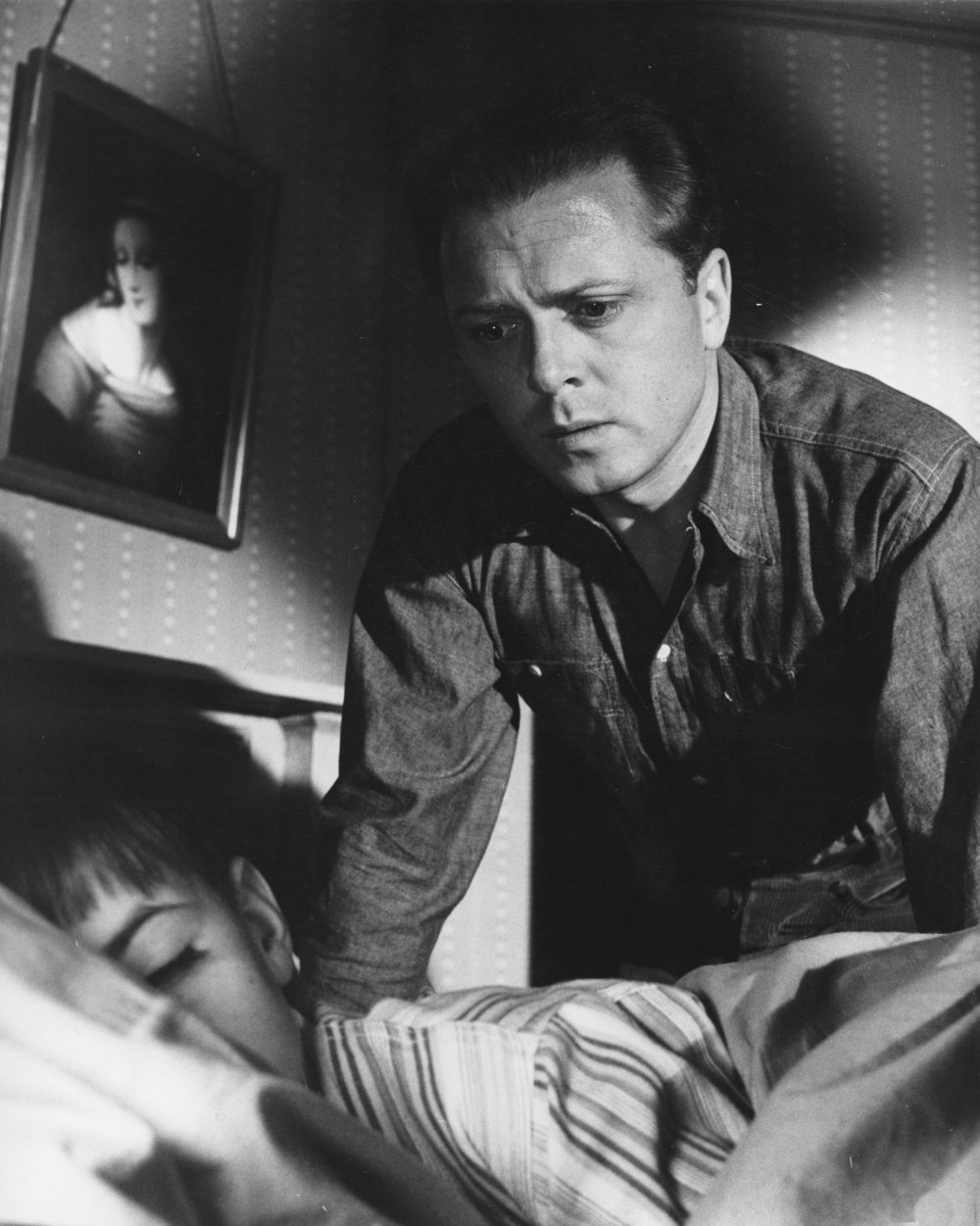 One of a number of films that Attenborough and Bryan Forbes collaborated on in one form or another during the 1960s, The Angry Silence is a stark look at the price paid by one man for not marching to the same beat as his fellow blue collar colleagues. Personal freedom, industrial relations, familial pressures and mob mentality are examined as Attenborough’s Tom Curtis refuses to join his ‘comrades’ on an unofficial strike. Forbes, Michael Craig and Richard Gregson won a BAFTA for their provocative screenplay, and Attenborough was on fine form as the independently minded factory worker shunned by those he once called his friends. 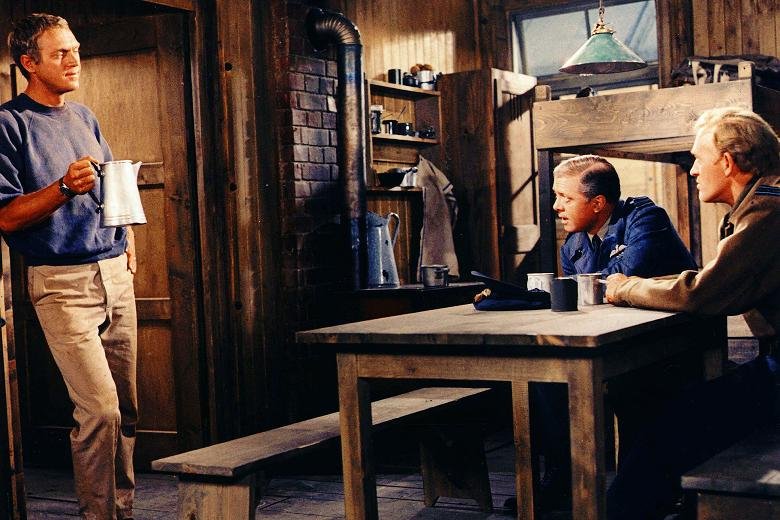 Attenborough’s first appearance in a major Hollywood film came in John Sturges’ hugely popular take on Paul Brickhill’s 1950 non-fiction book, The Great Escape. Starring alongside the likes of Steve McQueen, James Garner, James Coburn and Donald Pleasence, Attenborough was ideal casting as Squadron Leader Roger ‘Big X’ Bartlett RAF, a character based on the South African-born British POW Roger Bushell, the mastermind of the titular breakout that would end in tragedy. ‘Big X’ is a commanding, intelligent and driven figure, fittingly brought to life by someone who displayed those personality traits both onscreen and off. 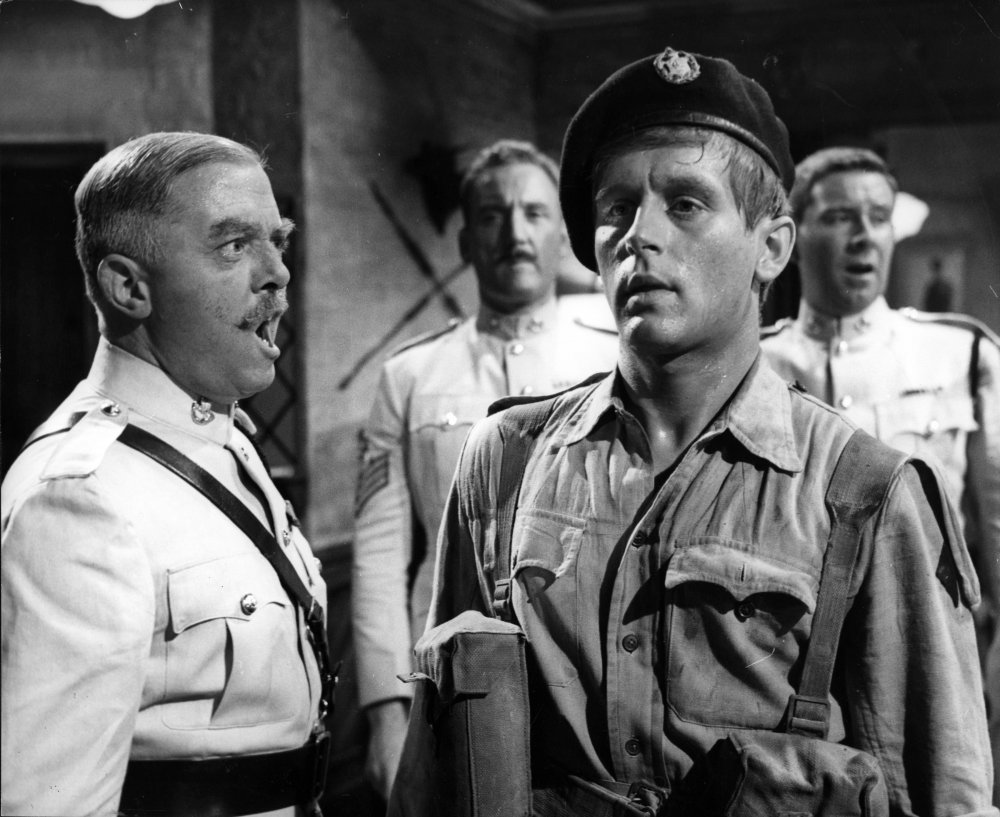 In an impressive scoop for any actor, Attenborough won the 1965 BAFTA for best British actor for his apposite performances in Séance on a Wet Afternoon and Guns at Batasi. In the latter film, he played Regimental Sergeant Major Lauderdale, the martinet of an East African military outpost during the last days of the British Empire. The actor spent a year trailing an RSM in preparation for the role, and it paid rich dividends. Ferociously steely and ultra-officious, Attenborough is utterly convincing as Laurderdale, a man whose career is his reason for being. The coup d’état that threatens his position brings out the best and worst in the man. 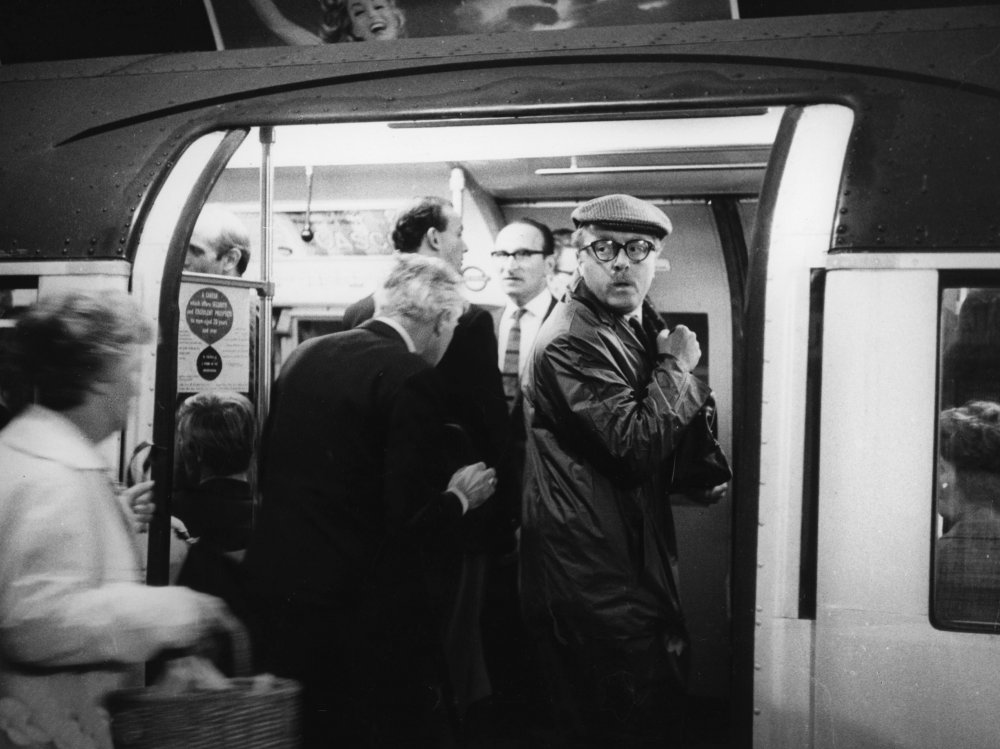 Produced by Forbes and Attenborough’s Beaver Films, Séance on a Wet Afternoon afforded the actor a role that was at opposite ends of the emotional and physical spectrum from that of RSM Lauderdale. Attenborough gave a nuanced performance as chronic asthmatic Billy Savage, the unfulfilled husband who kidnaps a child at the behest of his unstable medium wife Myra, played with equal emotional intelligence by American actress Kim Stanley. This gloomy and unsettling psychological thriller is driven by the symbiotic but destructive relationship between the leads, both of whom fully deserved the awards that came their way. 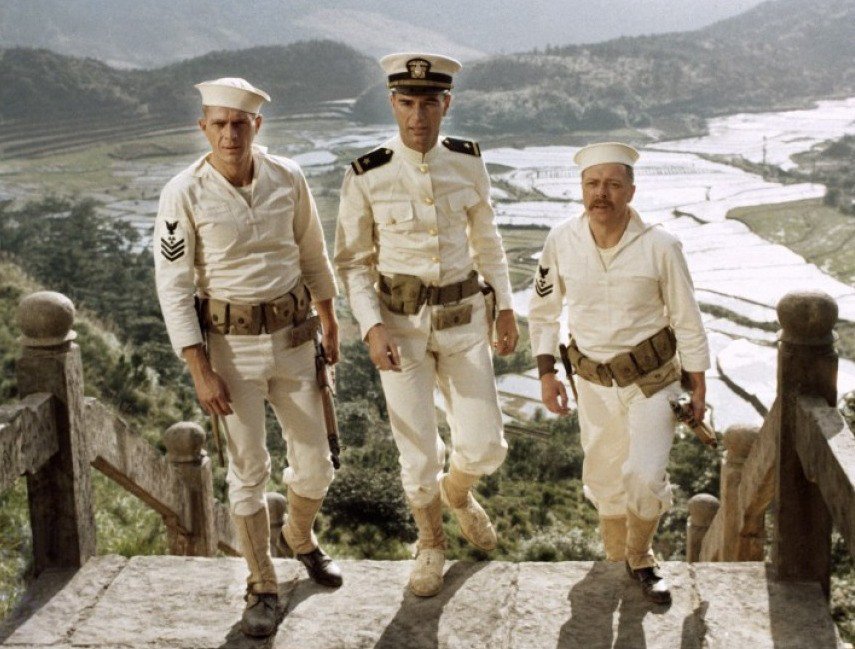 Robert Wise’s epic three-hour period war film may centre on the divisive behaviour of Steve McQueen’s iconoclastic naval engineer Jake Holman, but Machinist’s Mate 2nd Class Frenchy Burgoyne (played by Attenborough) was equally important to the film’s wider narrative. Earning him the best supporting actor award at the 1967 Golden Globes, Attenborough portrayed the veteran seaman with warmth and emotional conviction. Equipped with a convincing American accent, Attenborough makes Frenchy a loveable, empathetic character, which made his tragic demise all the more heartbreaking. McQueen suggested the British actor for the part and his instinct was well served, and Attenborough subsequently retained a fondness for both the film and the character he gave life to. 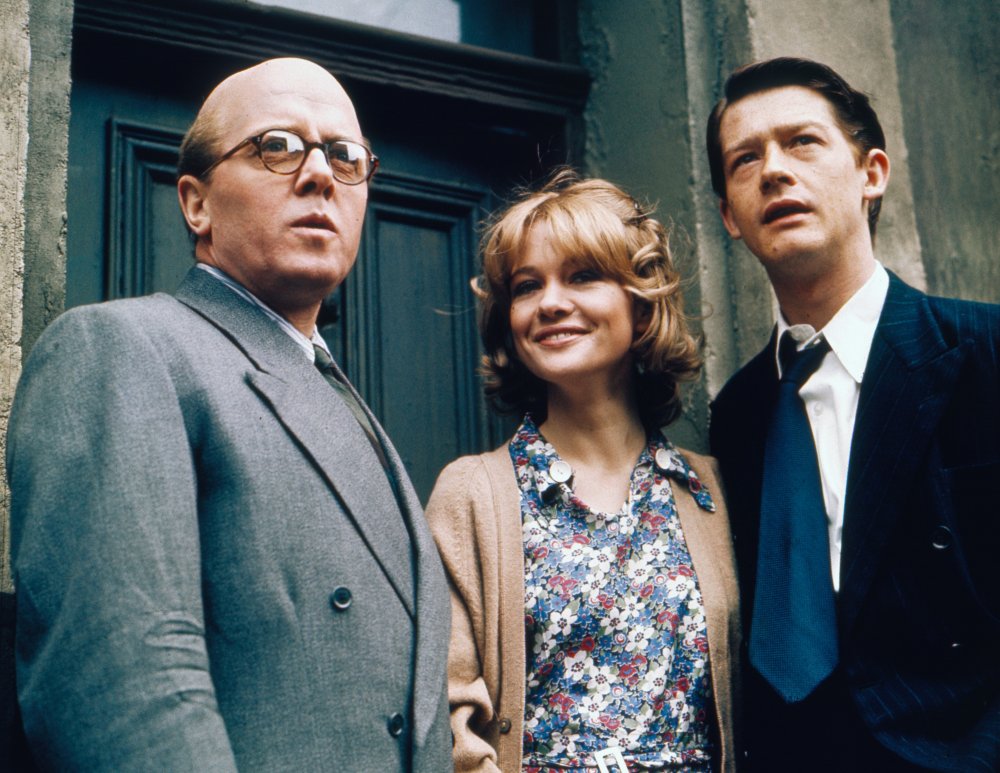 A serious contender for being Attenborough’s finest hour on screen, Richard Fleischer’s 10 Rillington Place saw the actor chillingly portray British serial killer John Reginald Christie. Attenborough’s seemingly innate ability to tap into the darker recesses of the human condition was never better exemplified than in this bleak and thoroughly disturbing crime drama. Reluctant to take on the part but drawn to it for the screenplay’s wider comments on capital punishment, Attenborough is remarkable as the outwardly respectable member of society who carried out multiple killings and helped the judiciary send an innocent man to the gallows. As a character study of a delusional, sick mind, Attenborough’s performance has rarely been bettered. 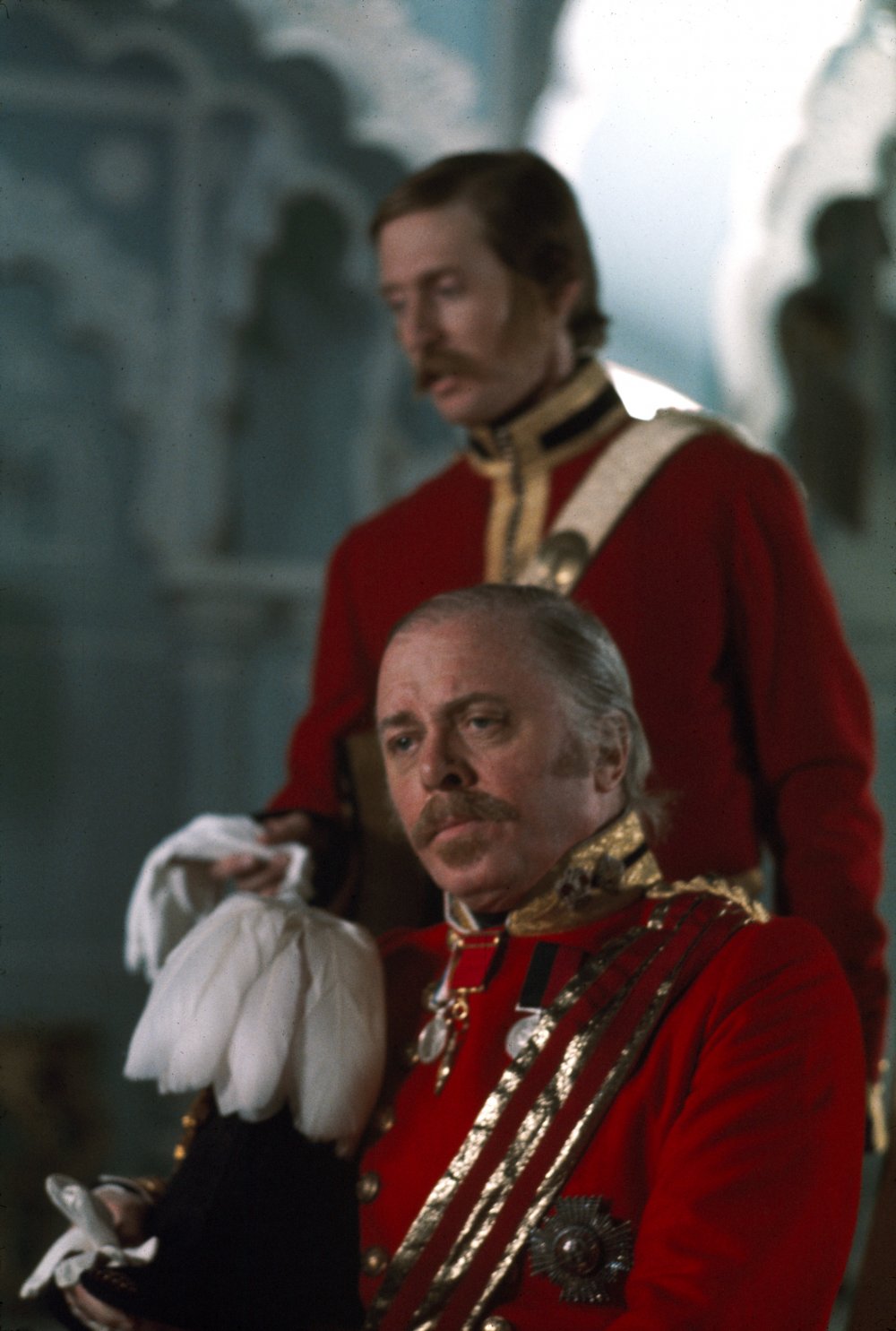 The only feature Satyajit Ray wrote and directed in a language other than his native Bengali, The Chess Players is a gently satirical period drama set the year before the Indian rebellion of 1857. Ray cast Attenborough as General James Outram, the real-life figure who enforced the annexation of the state of Oudh as the East India Company took administrative control of the kingdom. Brandishing an impeccable Scots accent and looking every inch a powerful figure, Attenborough brought conviction to his supporting, but crucial, role as the hard-nosed face of the British Empire.

After a 14-year absence from acting, during which time he directed Gandhi (1982), Cry Freedom (1987) and Chaplin (1992) among others, Attenborough returned to the big screen in a role that would introduce him to a whole new generation of cinemagoers. By then a sprightly 70 year-old, Attenborough’s sharp mind and grandfatherly appearance made him perfect for the role of John Hammond, the driving force behind Jurassic Park. Charming, sophisticated and single-minded, Hammond was also deeply flawed, a personality trait Attenborough always excelled at portraying. The veteran actor brought a lifetime’s experience to a character as myopic as he was visionary.