No fan of westerns, gangster movies or film noir should ignore the films of Raoul Walsh – he made some of the very best. And was there from the start. 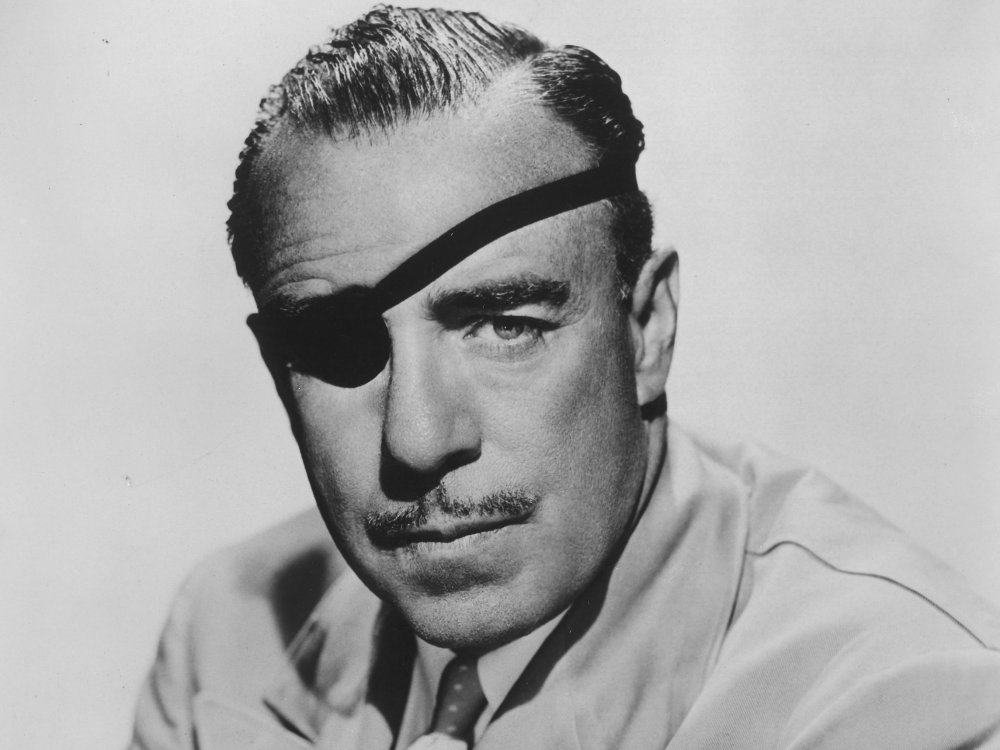 He didn’t want to be burdened with a glass eye, went his story following the car accident that left him with his distinctive eye patch, as he’d only have to keep removing it every time he got into a fight. Print the legend, indeed. It’s certainly a tale in keeping with the cinema of Raoul Walsh, in any case. One of the true masters of the golden age of Hollywood cinema, his is a name that stands with John Ford, Howard Hawks and William Wellmann, those purveyors and interrogators of living and loving, action and adventure, masculinity and bravado.

Starting out under D.W. Griffith, for whom he served as assistant director and sometime actor – he played John Wilkes Booth in The Birth of a Nation (1915) – Walsh’s ascendancy to the top tier was swift and assured. He’d end his career in the early 1960s with more than 100 directing credits to his name. So these 10 essential films are just the tip of a mighty iceberg. 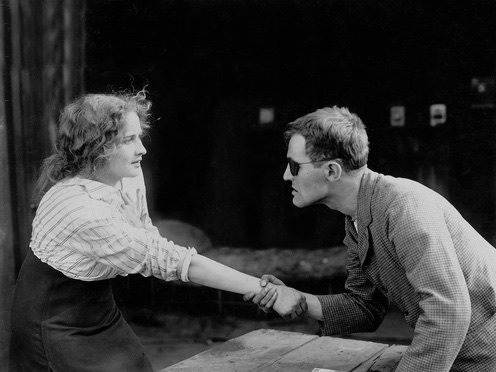 Walsh’s apprenticeship under Griffith paid off with his first feature, commonly recognised as the first gangster picture. We’re a long way from the archetypal likes of Scarface (1932) though, as Regeneration angles for an authentic presentation of a young man dragged up through the slums. Walsh was no sentimentalist, and the film isn’t shy in its depiction of the school of hard knocks, despite the foregrounded social conscience. The filmmaking itself is remarkable for a first feature, let alone one made in 1915, with the pleasure cruise fire sequence a standout. 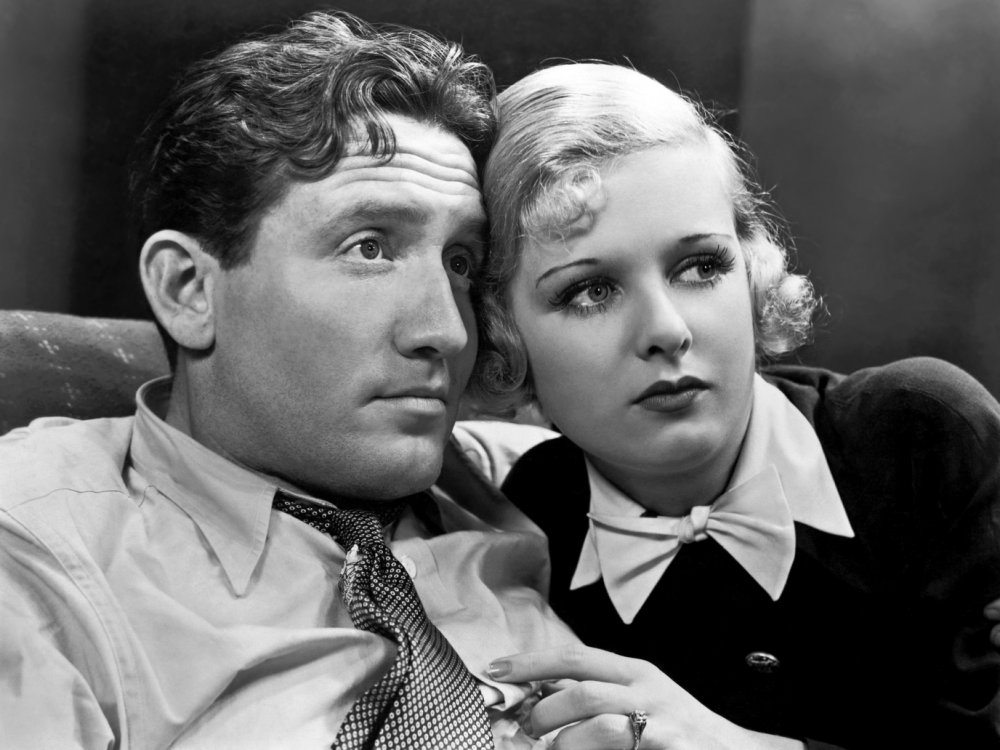 The plot might be almost non-existent, and Walsh would be the first first to disavow any readings approaching thematic intent, but there’s no mistaking Me and My Gal for anything but a rough-n-tumble masterpiece, and perhaps Walsh’s best film. Ripe, pre-Code dialogue, zero tolerance for bullshit, drunken fisticuffs – it’s all here: the Raoul Walsh worldview, embodied in Spencer Tracy’s unfailing, streetsmart moral compass, hilariously played out across 78 magic minutes. The interruption of the final shot by a drunken bum, leering in to break the fourth wall would serve as a fitting send off to any number of Walsh greats: “Well, it’s all over. C’mon, let’s have another drink!” 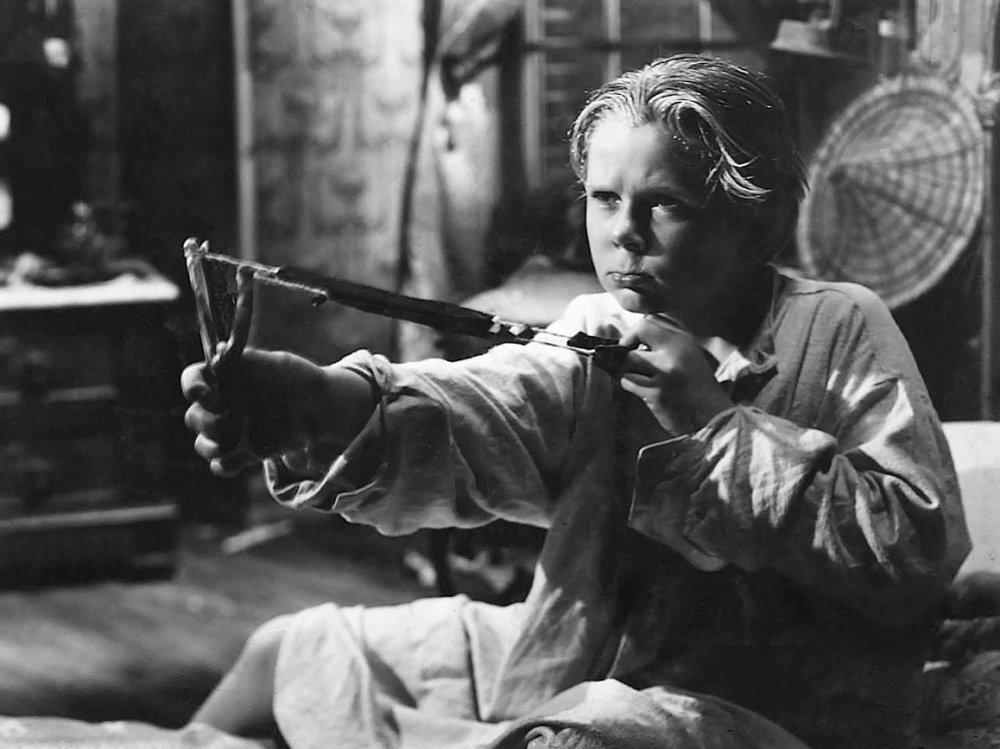 The authentically inhabited sense of character and milieu that served Me and My Gal so well continues into The Bowery, another narrative meander, this time through the “livest mile on the face of the globe” in “gay 90s” New York. Wallace Beery and Jackie Cooper re-team following King Vidor’s sentimental slugfest The Champ the previous year. Walsh drops the sentimentality but ups the slugging for a raucously vital romp that sees king of the Bowery contested between ham-faced Beery and slick pretender George Raft. These drinkers, chancers and down-n-outers are clearly Walsh’s kind of people, to whom he duly extends an unqualified empathy. 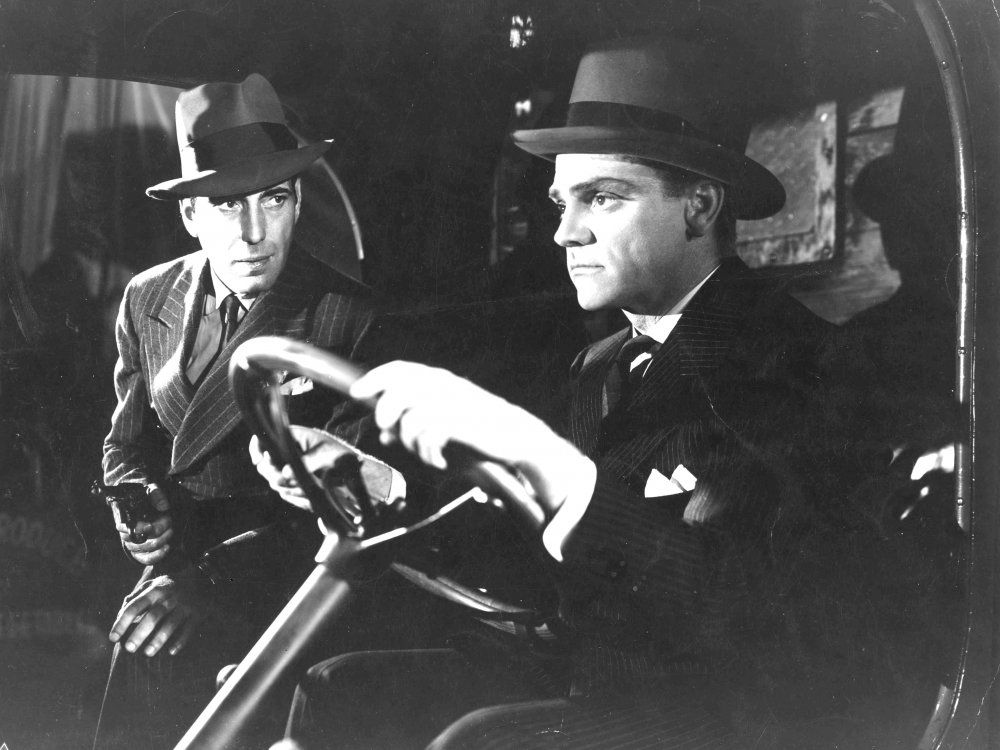 “This is Eddie Bartlett… He used to be a big shot.” The final lines of the quintessential Warner Brothers picture, spoken on the steps of a church – a pietà that was later transposed to those of an opera house by Francis Ford Coppola for the climax of The Godfather Part III (1990). High praise indeed. James Cagney, Humphrey Bogart and Jeffrey Lynn are the soldiers returned from war to Prohibition and Depression, Walsh the staggering montage-artist that plots Cagney’s tragic course between extremes. It’s the summation of the 30s gangster picture at the tail end of the decade, ahead of Walsh’s own psychological exorcism of the genre with White Heat some 10 years later. 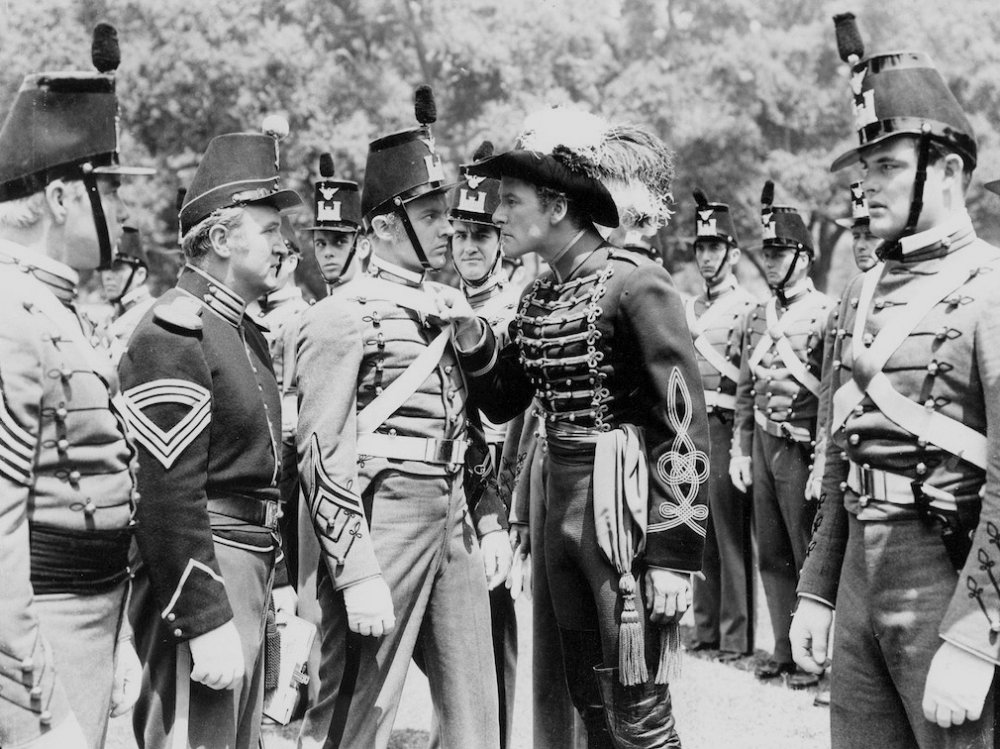 Once embedded within the studio system, Walsh cultivated a series of working relationships with his leading men. Cagney and Bogart headed a handful of flicks apiece, while Errol Flynn starred in a series of seven films that deserve similar standing to the famous sequence of westerns made by director Budd Boetticher and star Randolph Scott. They Died with Their Boots On was the first of the Walsh-Flynn cycle, coming to pass following the breakdown of the relationship between Flynn and his preferred director, Michael Curtiz. Walsh’s epic take on the Custer legend may flirt with hagiography for the first hour, but it’s the second that affords a darker, more complicated reading. 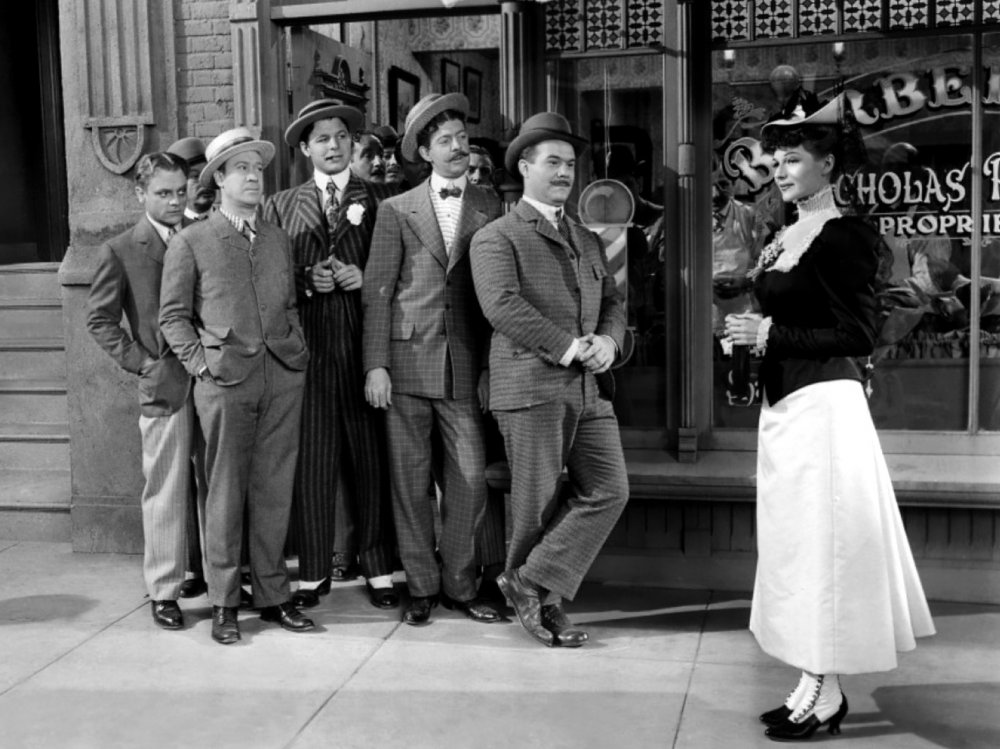 One of Walsh’s own favourites among his films, and destined to be the same for anyone who seeks it out, the hilarious, gloriously romantic Strawberry Blonde shows up the filmmaker’s soft side without neglecting his more pugnacious inclinations. James Cagney is the trainee dentist, learning his trade by mail-order at the tail end of the 19th century. Rita Hayworth is the titular object of his – and everyone else’s – affections; Olivia de Havilland the real deal hiding behind attitudinal pose. Walsh’s mastery of form and tone continually dazzles, while every cast member has rarely been better. If that’s not enough, it’s shot by the great James Wong Howe, and ends with both a why-the-hell-not? punch-up and post-endcard singalong. 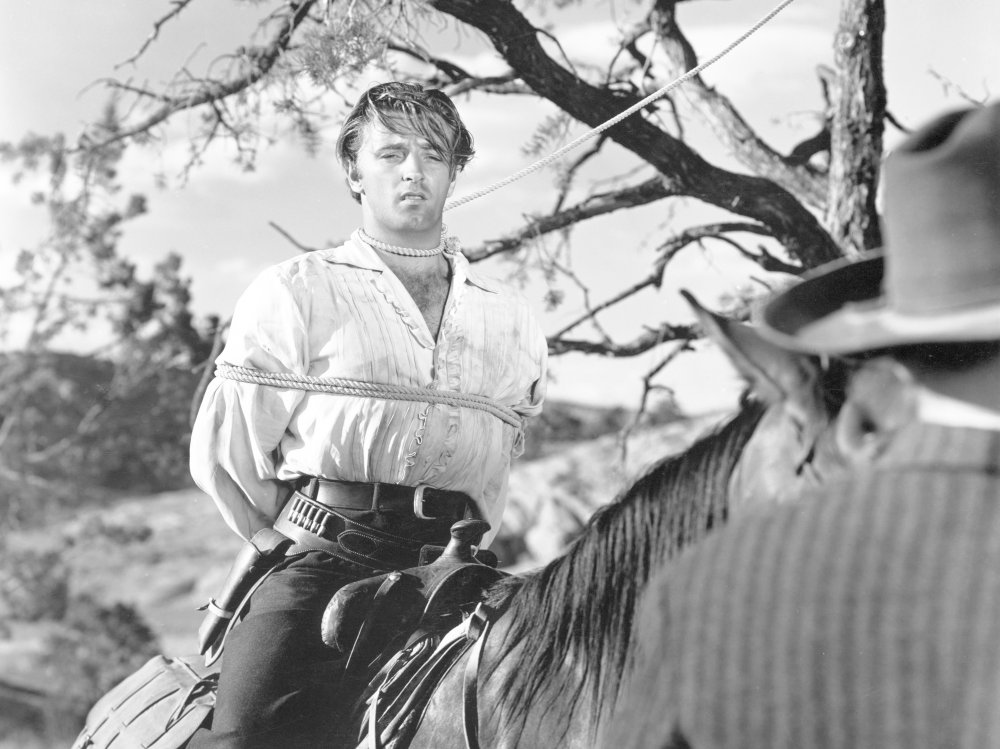 Walsh directed a number of oaters at his peak, but none as downbeat as Pursued, a psychological drama that fused noir sensibilities to the western. Luridly Freudian, and told in flashback, it sees Robert Mitchum battling repressed trauma and the open wounds of a family feud he played no part in. “I told you not to look backward, look ahead,” says Mitchum’s adopted ma, in opposition to Pursued’s own structural complexity. Walsh brings his formal powers most obviously to bear on the recurring nightmares of the orphaned Mitchum’s younger self, yet his authorial stamp is present even in these uncharacteristically experimental moments. 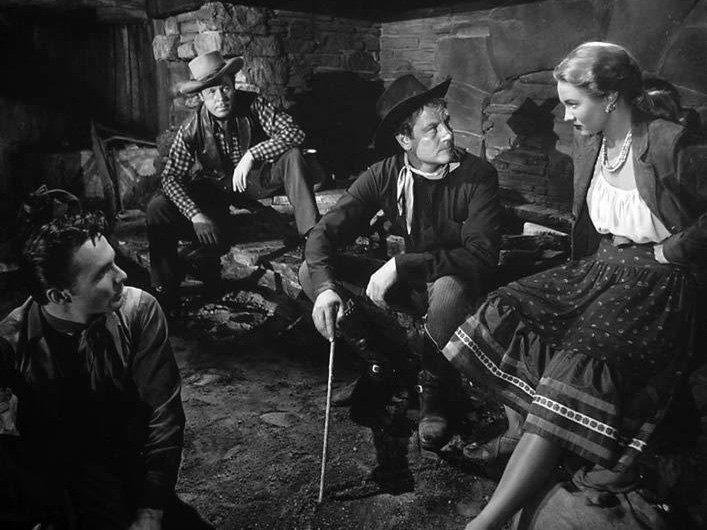 Ida Lupino may have taken top billing in Walsh’s 1941 proto-noir High Sierra, adapted from the novel by W.R. Burnett, but it was Humphrey Bogart whose career went stratospheric following one of his best early leads. Walsh returned to the material in 1949, this time as a western, with Joel McCrea in the lead and the earlier film’s bank job transposed to a train robbery. If both films prove masterclasses in genre flexibility, it’s Colorado Territory that comes out on top as the richer in psychological complexity, doubling-down on the fatalistic nihilism of High Sierra’s famous ending. 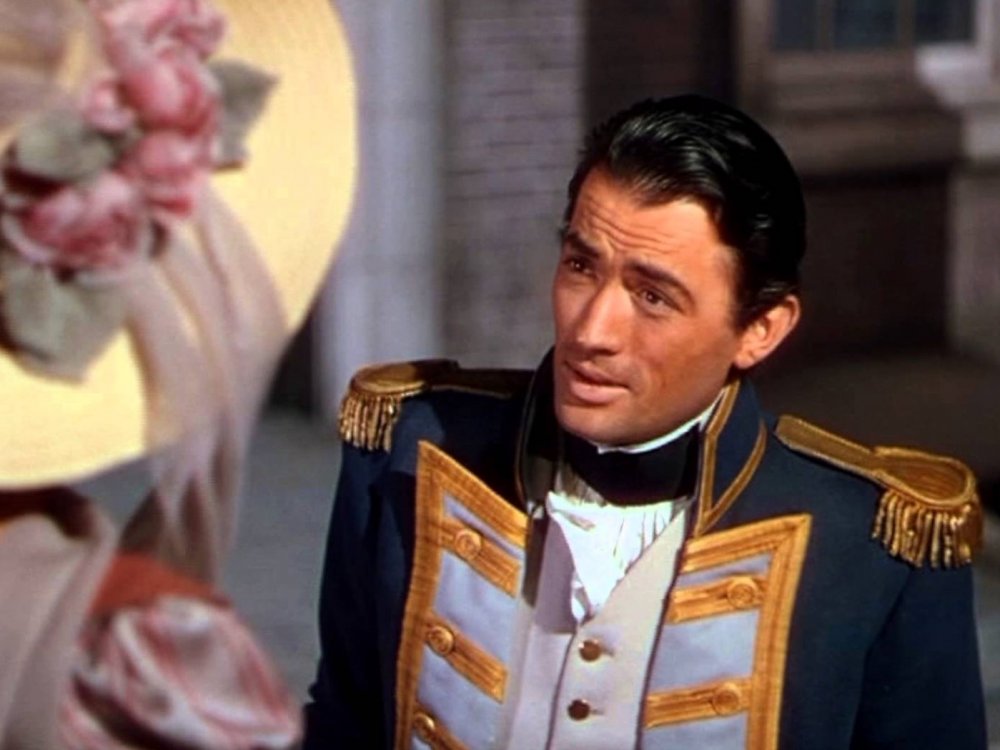 Adapted for the screen by C.S. Forester from his own novels, Captain Horatio Hornblower R.N. looks at first glance like it’s set to be a spirited slice of high-seas derring-do, in the mould of a Douglas Fairbanks vehicle or Walsh’s own, subsequent Sea Devils (1953). But nothing could be further from the truth. Not that it’s necessarily lacking for adventure, notably during a sojourn into early 19th-century Paris, but Walsh’s greatest gambit seems to be the undermining of his protagonist’s vanity in leadership and heroism, highlighting his missed opportunities in love and life, and the hollowness of duty. 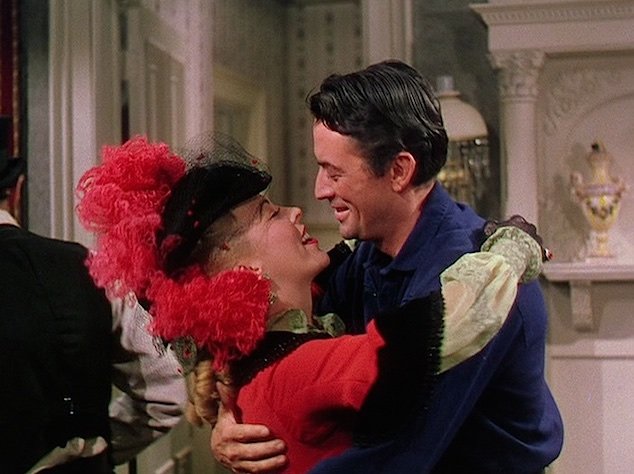 Walsh took to the ocean waves again with Hornblower lead Gregory Peck for this barnstorming Technicolor epic set in 1850. Peck is schooner captain and seal-hunter Jonathan Clark, one eye on the purchase of Alaska for the United States, the other on Russian countess Ann Blyth. Anthony Quinn plays the competition in work and love, the scallywag pirate Portugee, who races Peck across the seas in one of Walsh’s most thrillingly extended set-pieces. Universal spared little expense on this top-shelf production, it seems, exemplifying the filmmaker’s standing at the top of his field.