Delve into some of the best work from one of cinema’s most prolific – and brutal – filmmakers. 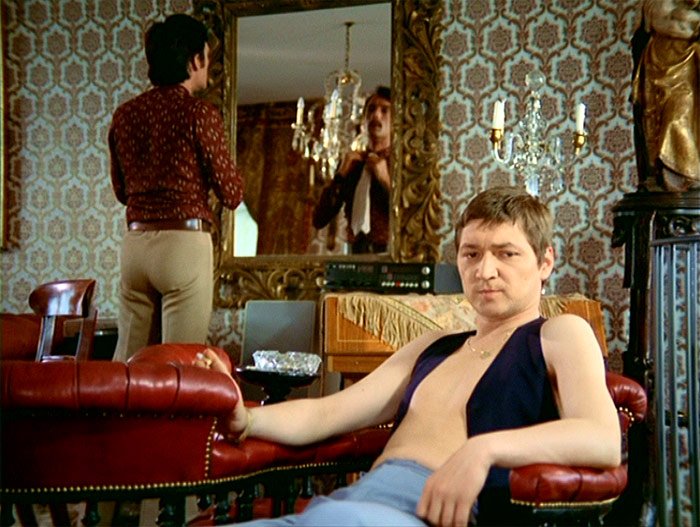 Rainer Werner Fassbinder is one of the most ruthless observers of human nature the cinema has ever known. One of the best known of the directors who flourished during the New German Cinema movement, his extraordinarily prolific output – 41 films in a 14-year period – almost certainly helped contribute to his early death aged just 37. He often returned to the subject of the outsider shunned by society, and his own feelings of rejection and alienation infuse much of his work.

Although his flawed characters occasionally behave appallingly, it would be wrong to describe Fassbinder as pitiless – the overly melodramatic Petra von Kant is a sympathetic character despite her theatrics, while the wife-beating protagonist of The Merchant of Four Seasons (1971) is such a wretched victim that he never loses the audience’s empathy.

Fassbinder’s favourite target is the moral bankruptcy that he saw as prevalent in West Germany’s postwar years. In an interview he explained: “Every decent director has only one subject, and finally only makes the same film over and over again. My subject is the exploitability of feelings, whoever might be the one exploiting them. It never ends. It’s a permanent theme. Whether the state exploits patriotism, or whether in a couple’s relationship, one partner destroys the other.”

Fassbinder made so many movies so quickly, it’s hard to know where to begin. The following list offers a taster of his best films.

Made when Fassbinder was just 24, Love Is Colder than Death was his first feature and the first of three gangster films he made within a year, followed by Gods of the Plague and The American Soldier (both 1970). Hugely stylised, with mannered performances, an unnaturalistic script and a weird and wonderful slow-motion shootout at the end, it’s a chilly, utterly unglamorous crime flick, bursting with invention as it depicts the relationship between a gangster, a prostitute and a pimp (Ulli Lommel). Homoeroticism bubbles under the surface – gay relationships, rarely happy, would recur throughout both his art and his personal life.

The film’s reception at the Berlin Film Festival was hostile, but Fassbinder greeted the boos with a triumphant gesture of celebration. An exciting, provocative filmmaker had arrived. 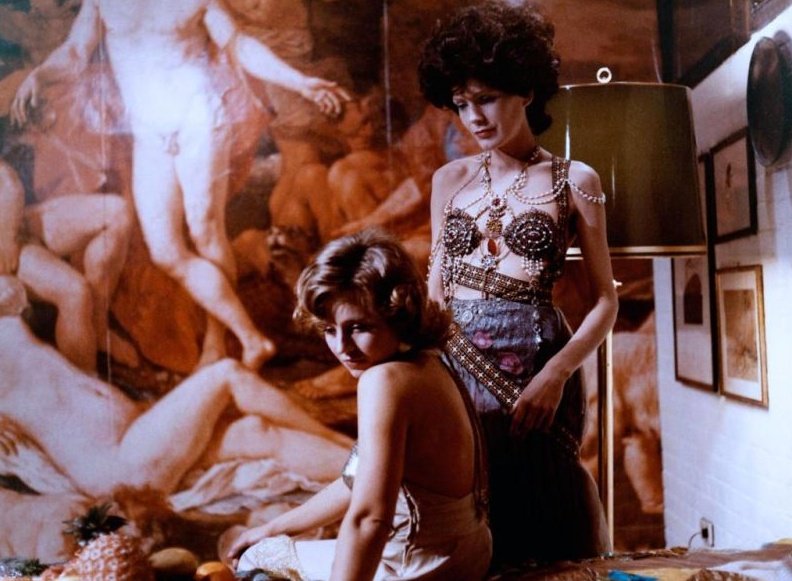 Bitter indeed. In one of his earliest melodramas, adapted from his play, the titular fashion designer, who abuses her masochistic, mute maid, falls for a female model, and embarks on a relationship that seems doomed from the outset. The action all takes place in Petra’s bedroom, accentuating the claustrophobia of the anti-heroine’s situation. The extraordinary costumes create a sense of the superficiality of human attraction – beneath the love and lust on display lies cruelty and exploitation.

The acting from the all-female cast is uniformly superb, with a bravura turn from Margit Carstensen as the self-destructive monster Petra. The final scene, in which Petra shows compassion to her maid, and the latter’s response, ends the film on an appropriately ruthless note. In a beautiful piece of film criticism, David Thomson wrote that the film has “no equal in its simultaneous delight in ‘style’ while pouring acid over the image”. 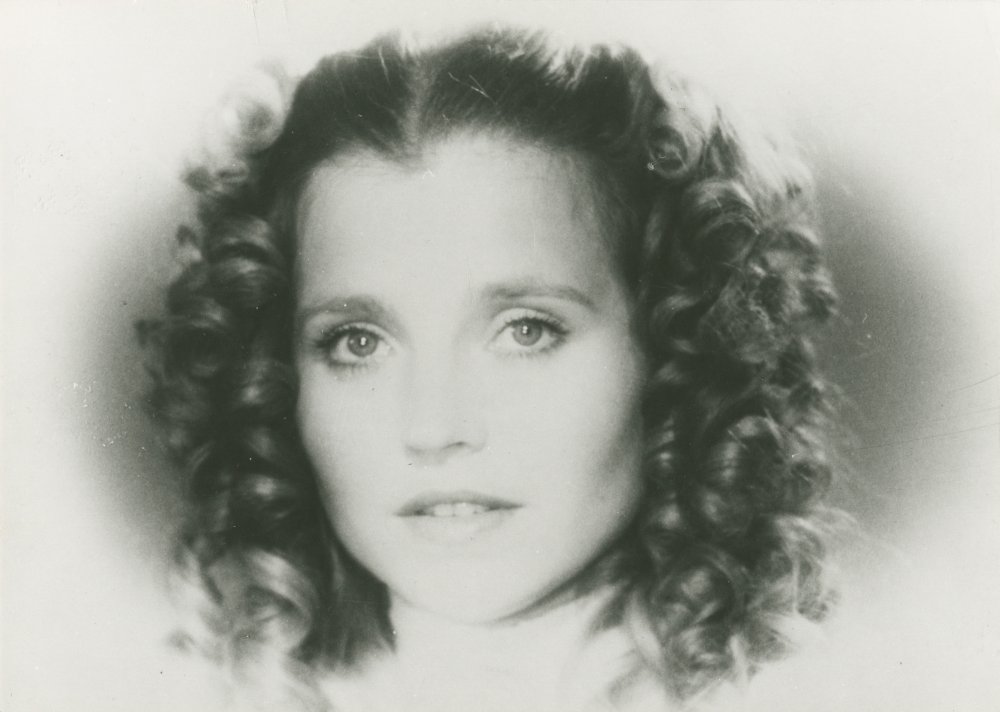 Effi Briest was Fassbinder’s first film based on a period story, in this case Theodor Fontane’s 1896 novel, which he had wanted to adapt many years earlier. He later admitted he was glad he had to wait, as his younger self would have made a much more straightforward work. The film gave one of his favourite actors, Hanna Schygulla, her best role yet. She is remarkable as the heroine who marries a much older aristocrat and embarks on an affair with a debonair army major. When the liaison is discovered, Effi’s world changes forever.

Shot in exquisite black and white, this is one of the director’s most beautiful and dreamlike works. And while it is also one of Fassbinder’s most accessible films, his social comment is as bitterly acute as ever. 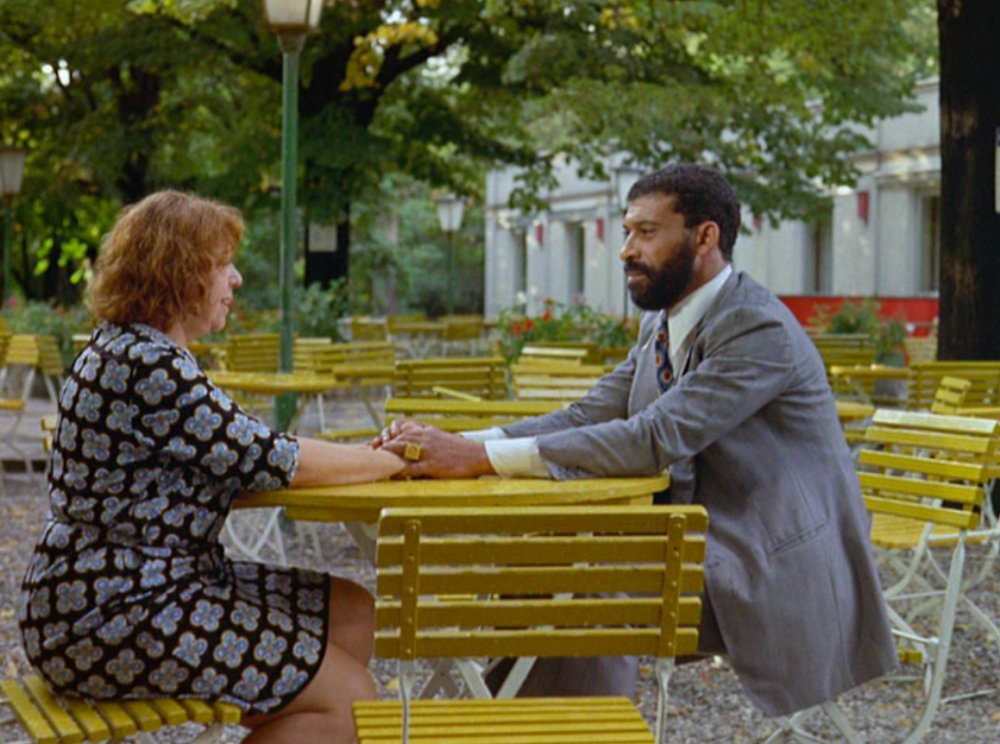 This love story – and despite the considerable human unkindness on show, this is definitely a love story – is a great starting point for newcomers to Fassbinder’s work. Brigitte Mira stars as a 60-year-old cleaner (the most likeable character in any of Fassbinder’s films) who falls in love with a Moroccan man 20 years her junior, only to find herself shunned by her community.

Admirers of Douglas Sirk, the great melodrama director who had a huge influence on Fassbinder, will recognise the similar storyline to All That Heaven Allows (1955), starring Jane Wyman and Rock Hudson as the persecuted lovers. The great scene where the cleaner’s horrible son kicks in her television is a direct reference to Sirk’s film. It’s one of Fassbinder’s very best movies, and remains a fierce, relevant dissection of intolerance and xenophobia. 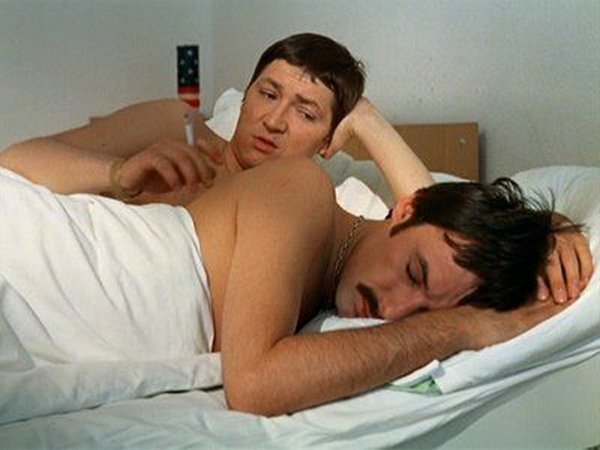 The irony of the English language title of this film sticks in the throat. The title character – an innocent, not-very-smart working-class gay guy who wins the lottery and is adopted into a group of wealthy, hypocritical homosexual men – may have money, but he certainly doesn’t have friends. Horrified by his lack of etiquette but attracted to his fortune, Fox is exploited and abused by all.

From any other director, Fox and His Friends might seem downright homophobic, but coming from Fassbinder – a man who had many male lovers and who often depicted the dark side of humanity in his films – it fits in with his most savage films. The director plays Fox himself, and makes him one of his most sympathetic victims. Karlheinz Böhm, the star of Peeping Tom (1960), is also excellent as one of the pitiless members of the clique. 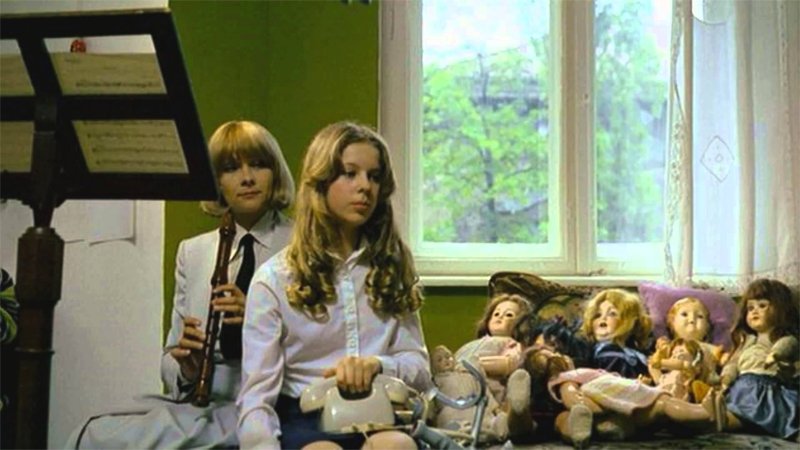 Children don’t crop up much in Fassbinder’s filmography, but the potentially vulnerable central character of Chinese Roulette – a young disabled girl – is as spiteful and vengeful as any of his monsters. Deliberately setting out to hurt and humiliate her adulterous parents, young Angela (Andrea Schober) engineers a nasty parlour game that provides the film with an utterly compelling final 20 minutes, one of Fassbinder’s best sequences. It stars Anna Karina alongside many of his favourite actors, including a sinister turn from Brigitte Mira, a world away from the warm heroine of Fear Eats the Soul.

The hypocrisy of the bourgeoisie is scathingly depicted. When the parents discover one another’s transgressions, their reaction – embarrassment, forced laughter and phony politeness in pretending nothing is amiss – recalls Luis Buñuel. The hatred the mother feels towards her daughter is tangible – we see how Angela has become the scheming creature, whose favourite playthings are broken dolls. 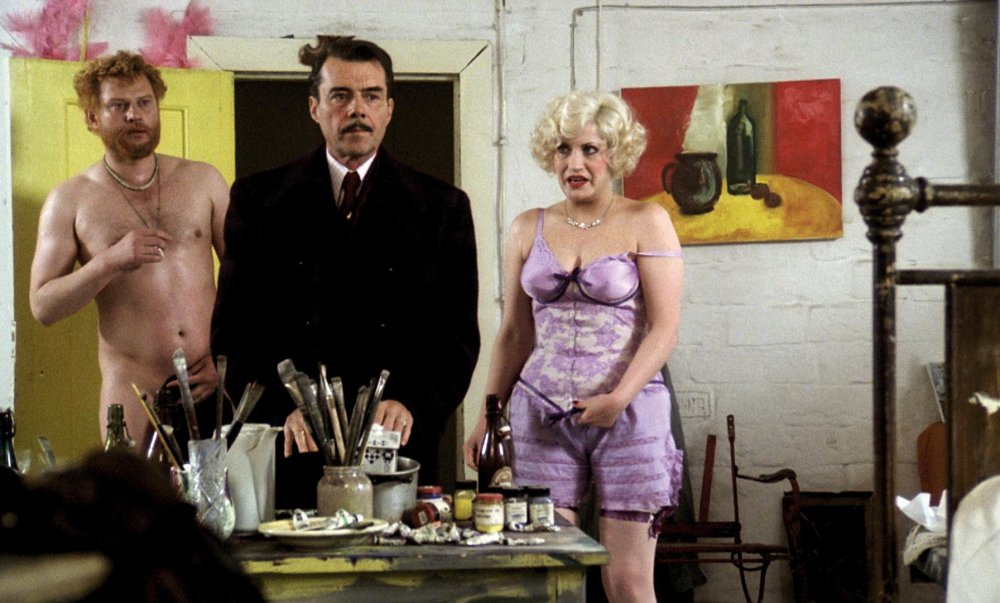 Despair is one of Fassbinder’s most curious films. It was his first picture to be shot in English, with a script by Tom Stoppard, adapted from a Nabokov novel, which tells the bizarre story of Hermann Hermann (Dirk Bogarde), a chocolate magnate who becomes obsessed with a homeless man who, he believes, looks just like him. Concerned with the rise of Nazism in 1930s Berlin, he hatches a strange and dangerous plan to escape.

Unusually for Fassbinder, and despite the title, the film features a lot of humour (the director described it as his most optimistic film). Andréa Ferréol, especially, gives a performance of great comedy as Hermann’s vapid, trampy wife, while the chintzy sets act as a wilfully absurd backdrop to the outlandish shenanigans being plotted. The plot, rife with doppelgangers and infused with noir elements, anticipates the later work of David Lynch. Dirk Bogarde, in one of his last film performances, is marvellous: icily dismissive yet filled with corrosive paranoia, it’s a tour-de-force performance of great wit.

Fassbinder’s epic 1920s-set TV series, running for 15 hours across 13 episodes and an epilogue, is an adaptation of Alfred Döblin’s novel, following the post-prison life of Franz Biberkopf, a gangster jailed for murdering his girlfriend. He unwisely befriends Reinhold, a gangster who causes the loss of Franz’s arm and later commits an even graver crime, yet Franz refuses to acknowledge his wickedness.

For the first 13 episodes the action is depicted naturalistically. Nothing prepares us for the extraordinary two-hour epilogue, in which Franz encounters most of the characters, dead or alive, who have appeared throughout the action, in a haunting and fetish-infused dream sequence. It’s hypnotic, disturbing and beautiful, and surfaces the homoeroticism hinted at earlier with Jean Genet-inspired imagery of prisons and S&M. 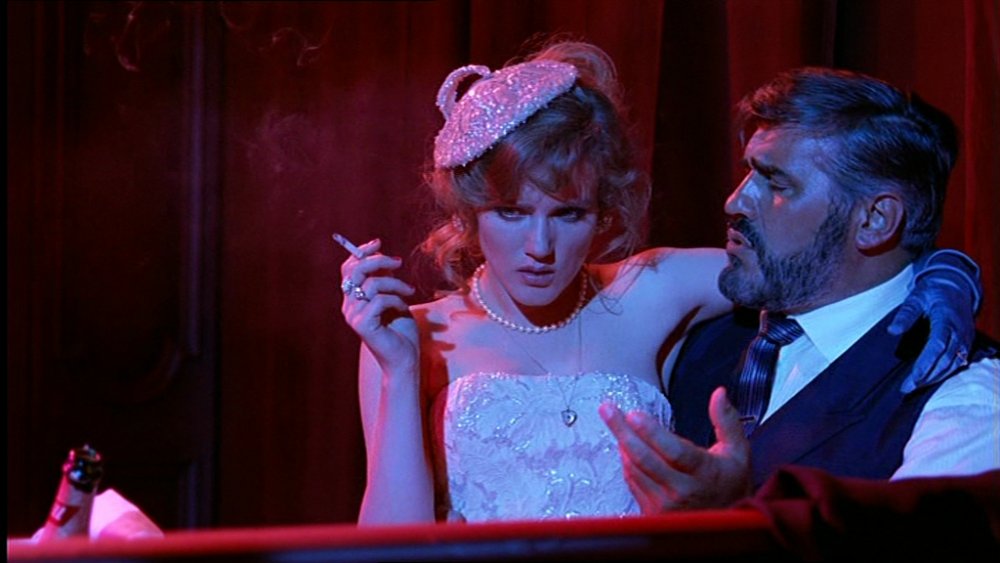 In Fassbinder’s BRD trilogy, The Marriage of Maria Braun (1979), Veronika Voss (1982), and Lola, the postwar history of West Germany – particularly the Wirtschaftswunder (the sudden economic growth that the country experienced) – is represented through the experiences of three women. Lola, logically the last of these though it was made second, stars Barbara Sukowa as a sex worker who attracts the attention of a moral entrepreneur who seeks to rid his town of corruption, unaware (at first) that he has fallen in love with a prostitute.

It’s a canny updating of Josef von Sternberg’s The Blue Angel (1930), which made a star of Marlene Dietrich, whose character was also called Lola. The chintzy sets and lurid colour schemes of the film suggest the artifice covering the rot that lingers beneath – corruption and moral prostitution is everywhere, and everyone can be bought. As critiques of human greed go, Lola is a punch in the gut. 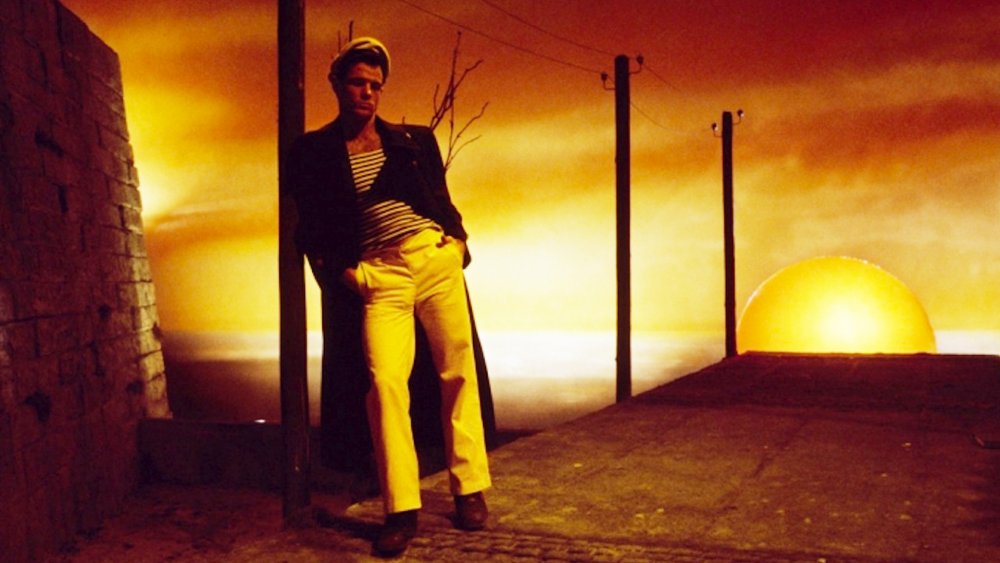 In one of the most politically incorrect reviews to appear in a respected publication, the review in Time Out described Querelle as “perhaps an entirely appropriate parting shot from a drug-crazed German faggot”. Fassbinder’s final film is a very idiosyncratic, sometimes incoherent adaptation of Jean Genet’s 1947 novel Querelle de Brest, starring Brad Davis as a sailor who, having killed another seaman, visits a brothel where he embarks a series of occasionally violent homosexual affairs.

Although Genet never saw Querelle, and the film is an experimental imagining of the source novel rather than a direct dramatisation, the film is faithful to the heady atmosphere Genet favoured, and borrows imagery from the writer’s only foray into film, the much-banned Un chant d’amour (1950). Sexy, odd and dangerous, it’s a strange swan song, but one that leaves the viewer mourning the fascinating films that might have come had Fassbinder not died soon before its release.