Remembering six great performances by actor-director Peter Fonda, who has died at the age of 79. 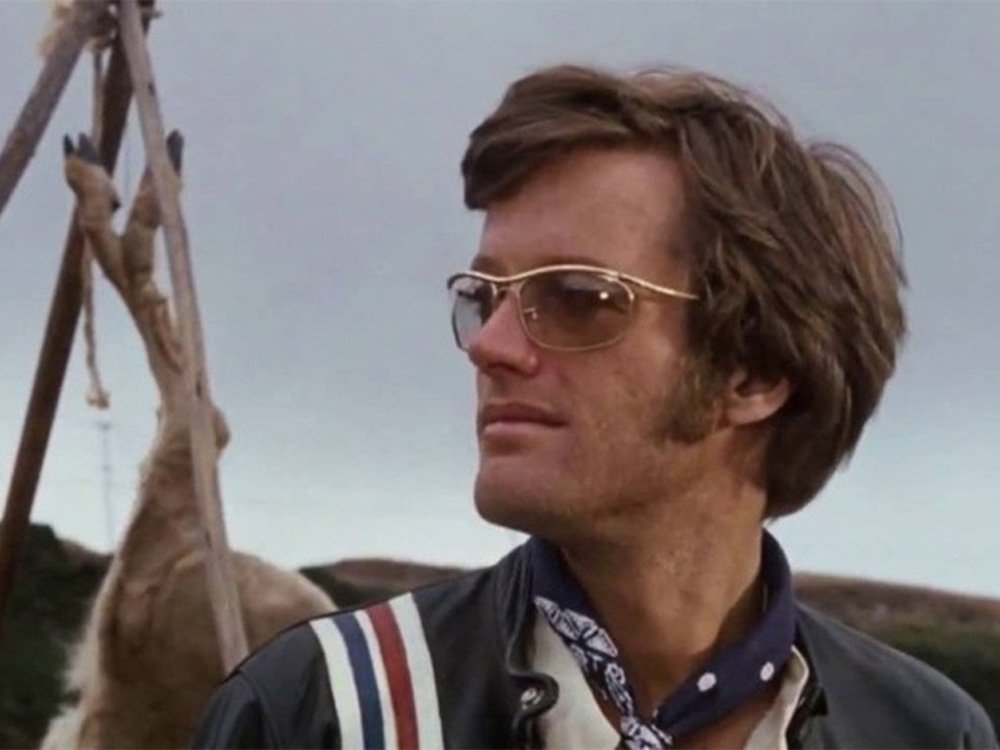 For a brief moment, Peter Fonda was one of the most important people in American cinema. Not because he was the son of Hollywood stalwart Henry Fonda or the younger brother of activist actress Jane Fonda. But because he had made $60 million on a $384,000 road movie. Moreover, in producing, co-writing and starring in Dennis Hopper’s Easy Rider (1969), Fonda had shattered the studio system’s shackles and made himself a countercultural icon in the process. His performance as Wyatt (aka Captain America) prompted the Village Voice to declare him “a combination of Clint Eastwood and James Dean”. Yet, somehow, to paraphrase his famous campfire line, he blew it.

Having impressed with his directorial debut, The Hired Hand (1971), Fonda drew less praise for Idaho Transfer (1973) and Wanda Nevada (1979), the only film in which he appeared with his famous father, whose distant strictness after the 10-year-old’s mother had committed suicide shaped an unhappy childhood that included a near fatal incident with an antique gun (mention of which during a 1965 LSD party prompted John Lennon to write ‘She Said She Said’). Fonda taught himself to be self-reliant, but this wasn’t an admired trait in early 60s Hollywood and, following supporting roles in mainstream pictures like Robert Rossen’s Lilith (1964), he gravitated toward such maverick outsiders as Roger Corman, who starred Fonda in The Wild Angels (1966) and The Trip (1967).

Earning a reputation for being difficult to work with on projects like Hopper’s The Last Movie (1971) and John Hough’s Dirty Mary Crazy Larry (1974), Fonda realised he had no place in blockbuster Hollywood and subsisted on the periphery in largely undistinguished projects. Among the best were Michael Almeyreda’s Nadja (1994), in which he played both Dracula and Dr Van Helsing, and John Carpenter’s Escape from L.A. (1996), in which he guested as a stoner surfer. Consequently, his Oscar nomination for Best Actor for Victor Nunez’s Ulee’s Gold (1997) came somewhat out of the blue. Fonda delivered again in Steven Soderbergh’s The Limey (1999). But his own disinclination to play the corporate game restricted his options after a solid turn as a bounty hunter in James Mangold’s remake of 3:10 to Yuma (2007), two teamings with Nicolas Cage on Ghost Rider (2007) and The Runner (2015), and a cornball cameo in the biker comedy Wild Hogs (2007). 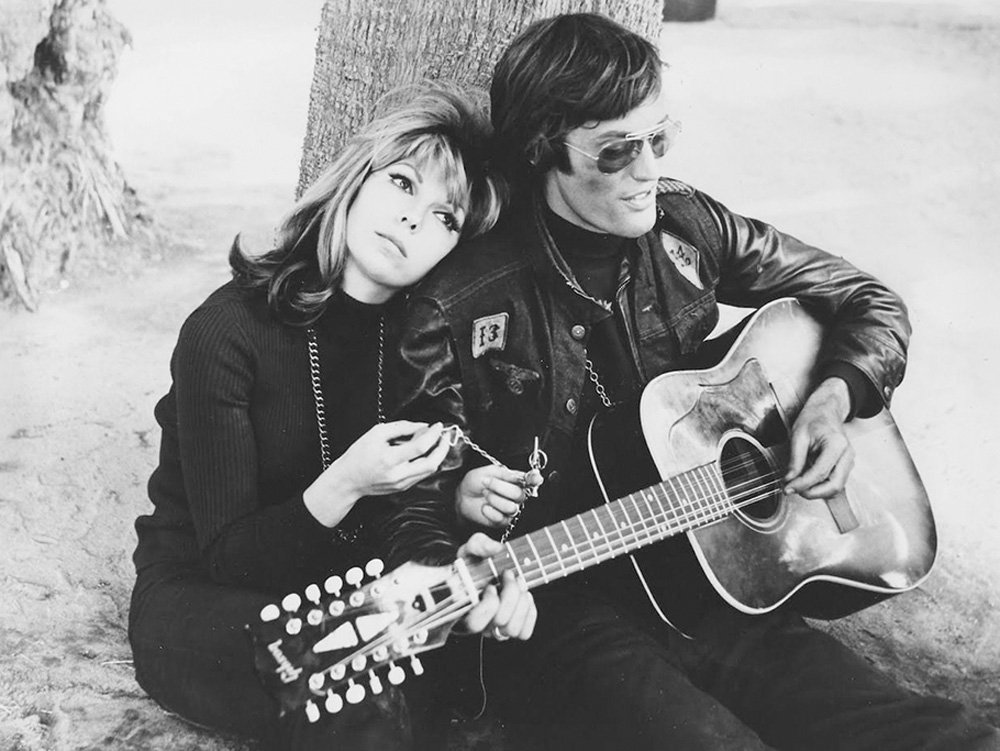 Had George Chakiris been able to ride a motorcycle, Peter Fonda’s career might have followed a different route. Promoted to play Heavenly Blues from the secondary role of Loser (which went to Bruce Dern), Fonda became American cinema’s most menacing biker since Marlon Brando ruffled feathers in Laslo Benedek’s The Wild One (1953). Director Roger Corman was inspired to make the movie by a photo of a Hells Angels funeral in Life magazine and co-opted Peter Bogdanovich to rewrite Charles B. Griffith’s script. With its boorish attitudes to women and Mexicans, this may not have worn well, but it provides a vital snapshot of the counterculture at the crossroads. 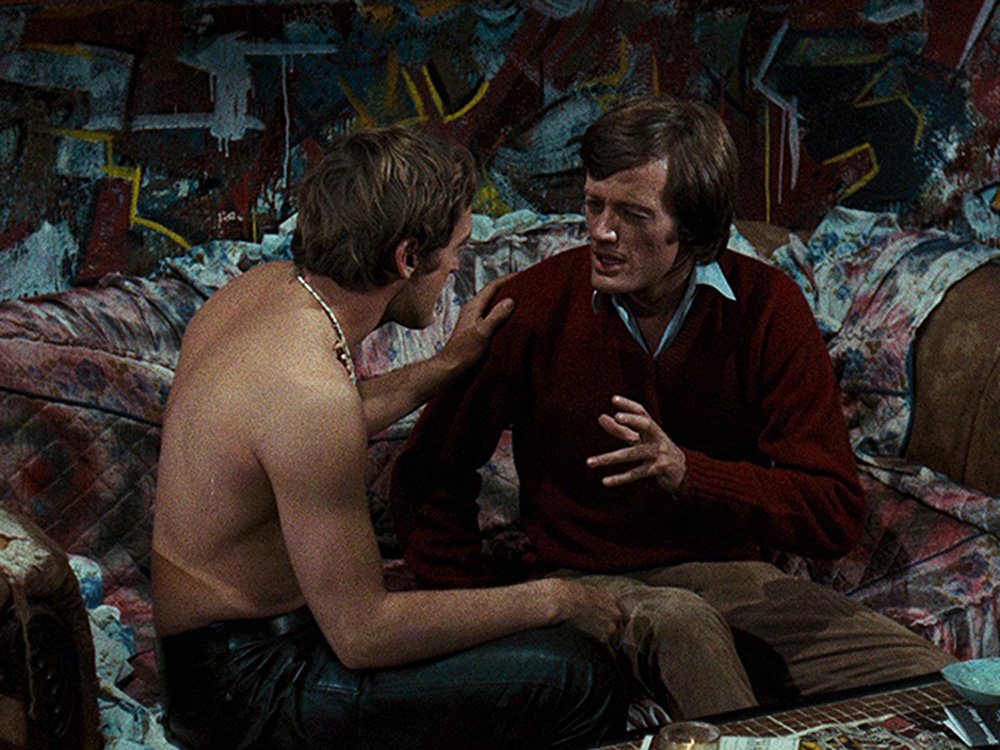 Nettled by complaints from his father’s friends that he had sullied the family name with The Wild Angels, Fonda seized upon Jack Nicholson’s story about a commercials director who takes LSD. “This is going to be the greatest film ever made in America,” he had weepingly told his wife after reading a script that needed significant trimming because its socio-political ambitions far outstripped Roger Corman’s $300,000 budget. Bruce Dern and Dennis Hopper guide Fonda through his trip, during which he’s troublingly pursued by two hooded figures. The Electric Flag score reinforces the psychedelic mood created by the dazzling in-camera effects achieved by Peter Gardiner, Bob Beck and Allen Daviau. 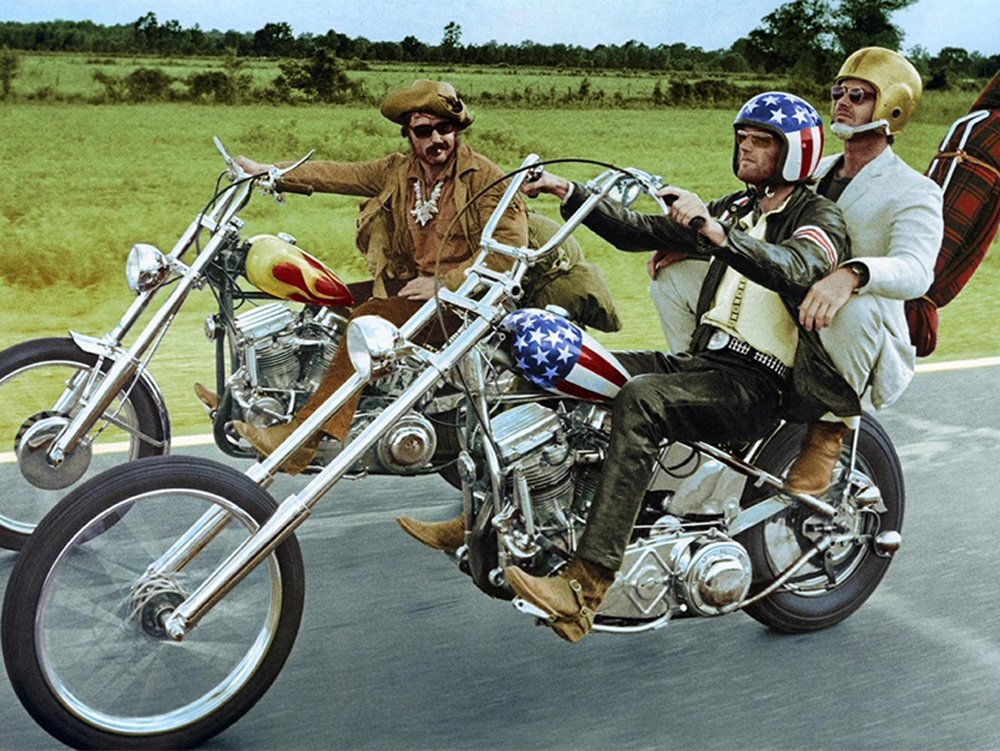 Although the influence of Jack Kerouac’s On the Road is readily evident on this epochal odyssey, Fonda also revealed the importance of John Ford’s The Searchers (1956) in his 1998 memoir, Don’t Tell Dad: “I would be the Duke and (Dennis) Hopper would be my Ward Bond; America would be our Natalie Wood.” The fact that he drew inspiration from a western directed by one of his father’s key collaborators says much about their relationship and the counterculture’s modus operandi. Fonda and Hopper fought over credit for breaking the mould, but they would have produced something more Cormanesque without the contributions of screenwriter Terry Southern, cinematographer László Kovács and editor Henry Jaglom. 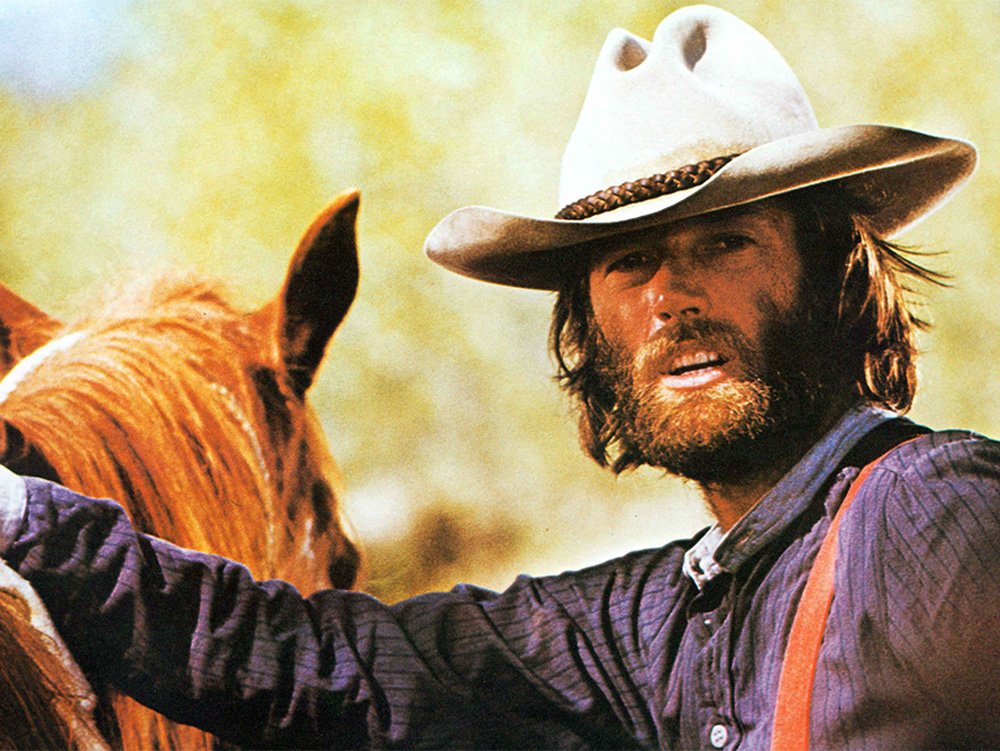 Fonda’s directorial debut shares Easy Rider’s contention that true freedom is an illusion, as cowpoke Harry Collings (Fonda) is so desperate for stability after seven years of itinerant struggle that he agrees to the humiliating terms dictated by his estranged wife, Hannah (Verna Bloom). Farmstead life doesn’t suit travelling companion Arch Harris (Warren Oates), however, and Collings is faced with a crisis of loyalty that affirms novelist Thomas Wolfe’s warning about going home. Once again, Fonda proves more of a collaborator than an auteur, as screenwriter Alan Sharp, cinematographer Vilmos Zsigmond, editor Frank Mazzola and composer Bruce Langhorne help clarify his thoughts on hippie culture and the Vietnam War. 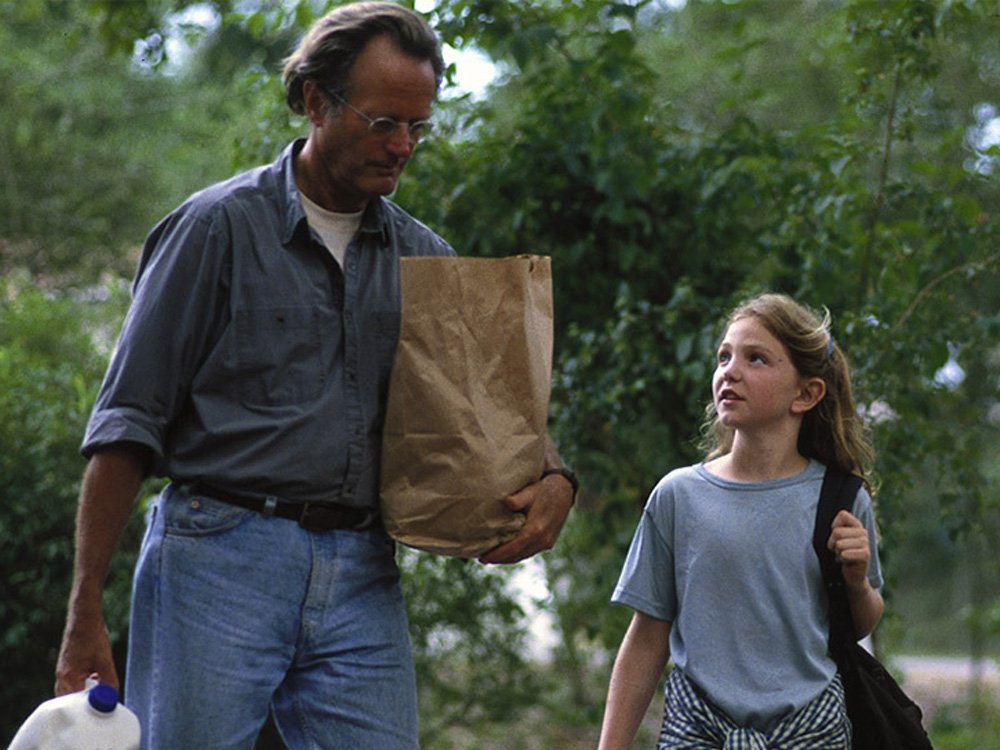 The saddest aspect of Victor Nunez’s beguiling picture is not that Fonda was pipped to the Academy Award by Jack Nicholson (for As Good as It Gets, 1997), but that he could easily have matched his father and sister’s achievements if he hadn’t had “a tendency to go tangential”. The role of a widowed Florida beekeeper who raises his granddaughters while his son is behind bars had been rejected by Nick Nolte and, by tapping into memories of the way his father had tended his own hives, Fonda gained a posthumously consoling insight into a man whose paternal shortcomings had shaped a rebel who had largely wasted his talent on unworthy projects. 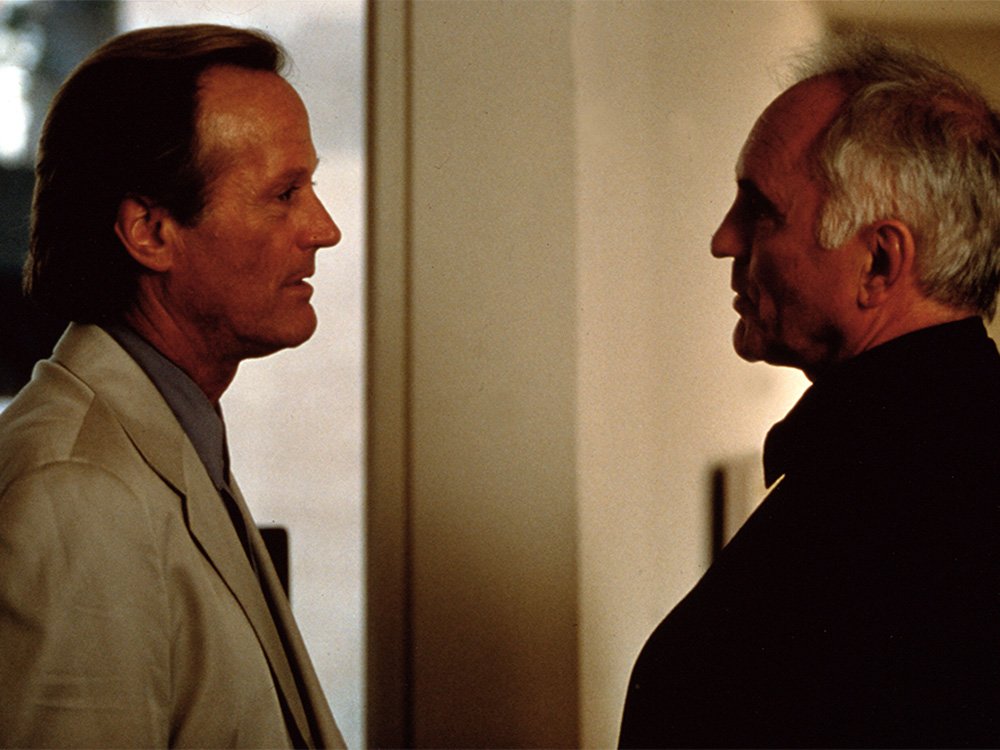 Despite Golden Globes for Ulee’s Gold and The Passion of Ayn Rand (1999), Fonda’s career-long habit of making eclectic choices kicked in and few later roles matched record producer Terry Valentine in this gleefully glum comic noir, which director Steven Soderbergh described as “Alain Resnais meets Get Carter”. How could Fonda refuse a character who “took the whole 60s Southern California zeitgeist and ran with it”, and whose starlet mistress hisses, “You’re not specific enough to be a person. You’re more like a vibe.” The picture belongs to Terence Stamp in the title role, but the kudos goes to Fonda for carrying the can for the counterculture’s myriad failings.