Fifty years after the beginning of a revolution in Hollywood, we select one essential film from each of the peak years of the legendary New Hollywood era. 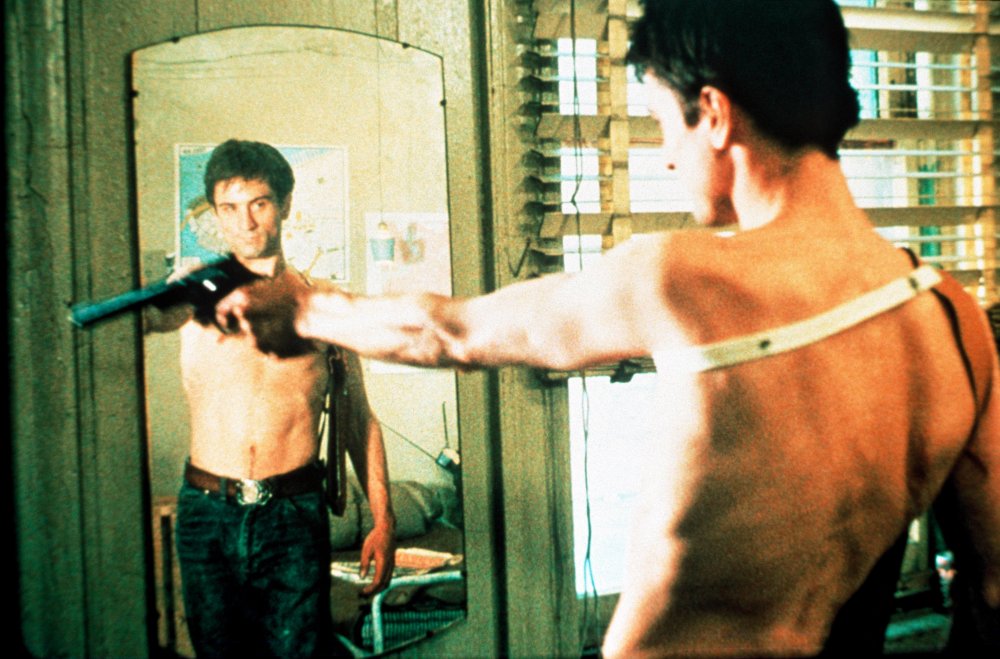 Fifty years ago, the release of Bonnie and Clyde became one of those milestone moments in film history that don’t come along very often. Starring Warren Beatty and Faye Dunaway as the infamous outlaw couple of Depression-era America, its mile-wide anti-authoritarian streak struck a loud chord with young audiences who were disenchanted with the stuffy politics of their parents and with a government that was drafting them to fight a war in Vietnam that few of them believed in.

The hip young America of the counterculture had little use for the inflated Hollywood blockbusters of the time. Movies such as The Sound of Music (1965) and The Bible: In the Beginning… (1966) seemed to have their eyes firmly shut to the cultural turbulence of the 1960s. The success of Bonnie and Clyde – and subsequent youth culture hits The Graduate (1967) and Easy Rider (1969) – made Hollywood’s money men feel like the ground was shifting uncontrollably beneath their feet.

To paraphrase a Dylan song of the era, studio execs knew something was happening, but they didn’t know what it was. So to try to connect with the zeitgeist, Hollywood opened its gates to a younger generation of filmmakers – many of them barely out of film school. For a brief, halcyon period in American movie history between the late 1960s and early 1980s, stylistic experimentation, engagement with politics and adult themes, and the ascent of the director as the key authorial voice were all tolerated as necessary evils in Hollywood’s quest for relevance.

Here’s one key movie per year from an extraordinary time. 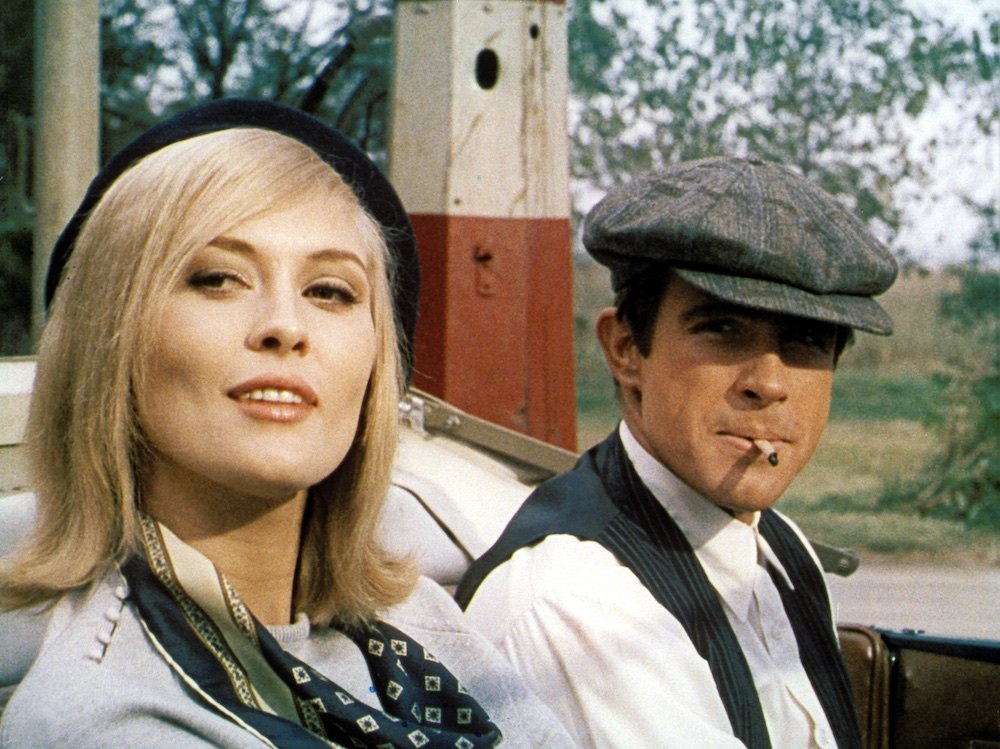 Fired up by the freshness of the French New Wave, Arthur Penn sounded the starting gun on New Hollywood with this couple-on-the-run classic. It appalled the old-guard critics with its shocking violence and sexuality but proved a box-office sensation and a bona fide pop-cultural moment with its much-copied 30s fashions and appealing anti-establishment pose. Penn had dabbled with Euro stylings before with the existential Warren Beatty thriller Mickey One (1965), but Bonnie and Clyde left that in the dust. 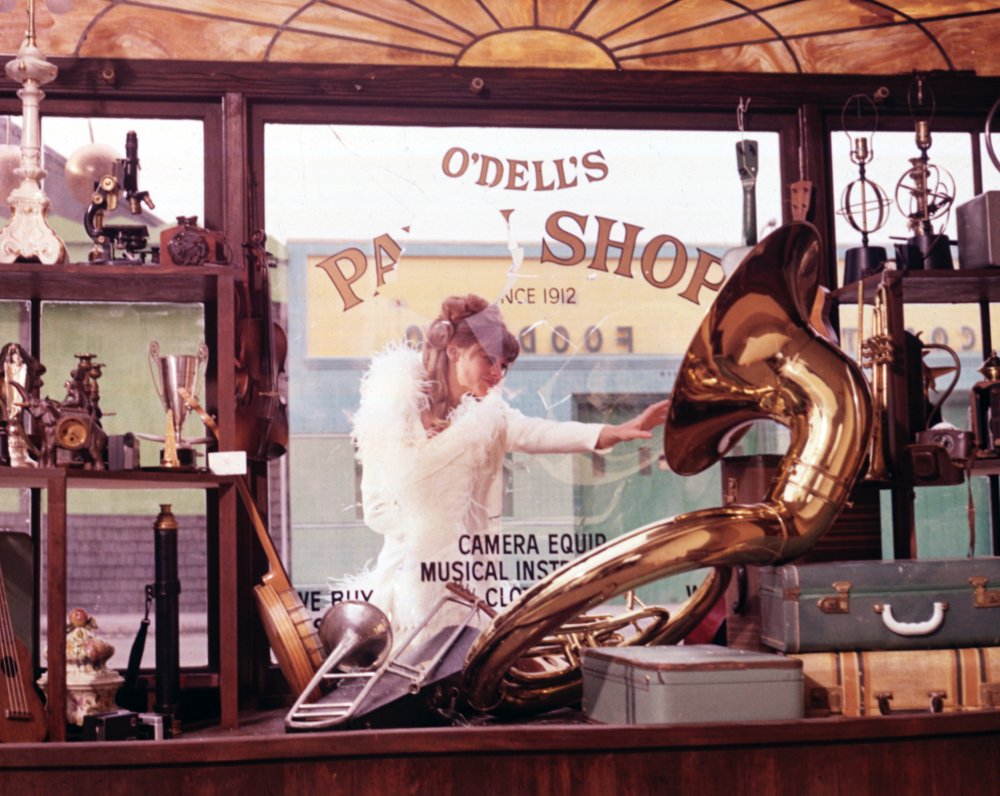 Philadelphia-born director Richard Lester helped shake up British cinema with his kaleidoscopic Beatles musicals, but his finest hour is Petulia, his first American movie. Set in hippie-era San Francisco, it stars Julie Christie and George C. Scott in a story about a relationship turning abusive that Lester presents as a series of fragmented, non-chronological puzzle pieces. French director Alain Resnais was an obvious inspiration, but in turn Petulia foreshadows later mosaic-like films by its young cinematographer, Nicolas Roeg. 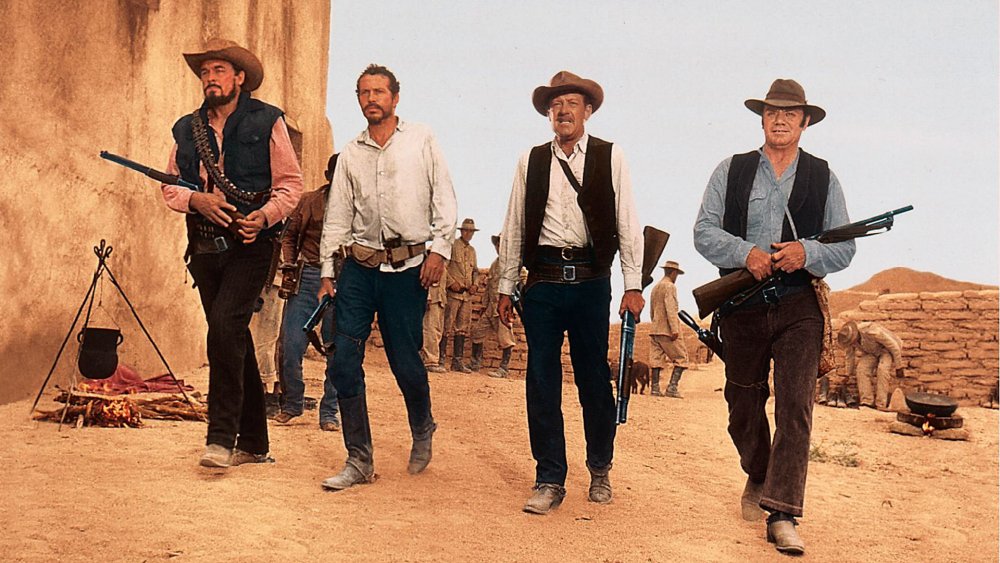 Sam Peckinpah came up through TV, saw the violence and attitude of Bonnie and Clyde and went several steps further with his fourth feature, a savage tale of a gang of ageing outlaws on the lam after robbing a railroad office. Peckinpah drew on the slo-mo dynamism of Akira Kurosawa’s Seven Samurai (1954) to orchestrate a new, bloody benchmark in screen action, while also offering up a sun-baked eulogy for the cowboy era. Old guard actors such as William Holden and Robert Ryan emphasise The Wild Bunch’s end-of-the-western feel. 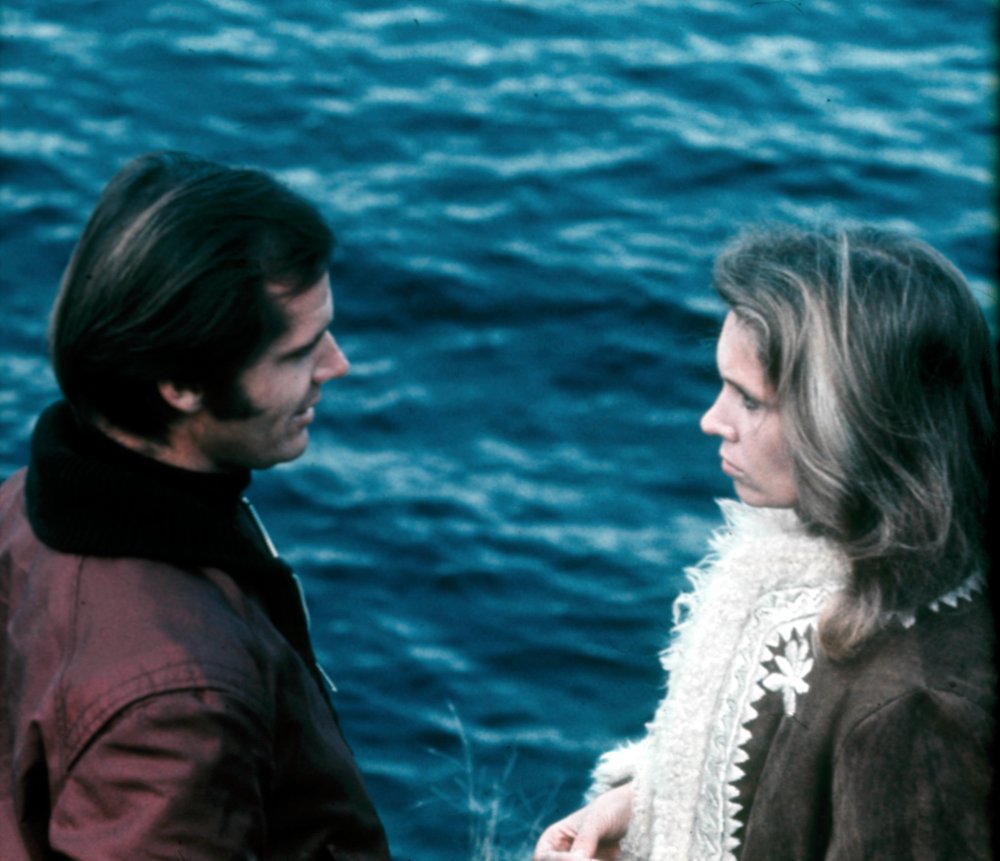 Following a career-making turn in Easy Rider, Jack Nicholson cemented his status as the period’s great outsider antihero (and arguably New Hollywood’s defining star) with this moving drama about a blue-collar worker who takes a road trip north from California to Washington to reconnect with his ailing, well-to-do father. Hot off helping to invent The Monkees, director Bob Rafelson turned in one of the most mature and lasting of the counterculture movies. 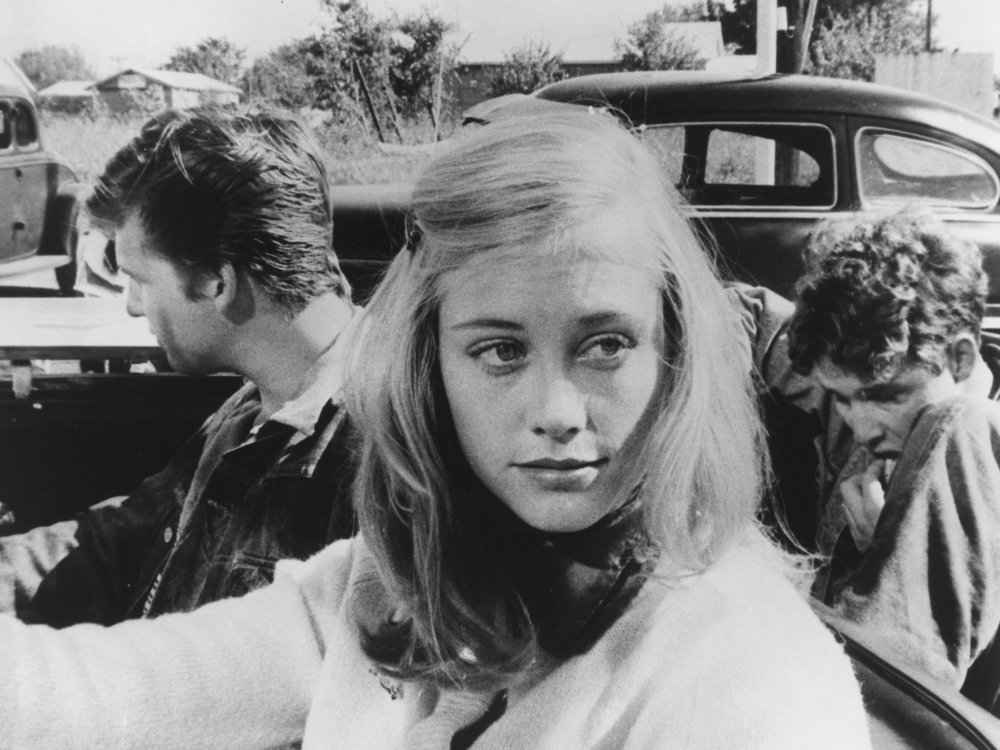 Produced by BBS Productions, the indie wing of Columbia Pictures that also produced Five Easy Pieces, Peter Bogdanovich’s The Last Picture Show stars a young Cybill Shepherd and Jeff Bridges in one of the great coming-of-age pictures, set in a dusty Texas town in the 1950s. Typically for a New Hollywood film, it betrays a love of the best of old Hollywood (especially the films of John Ford and Howard Hawks), but combines that with a new European sensibility rooted in mood and character. 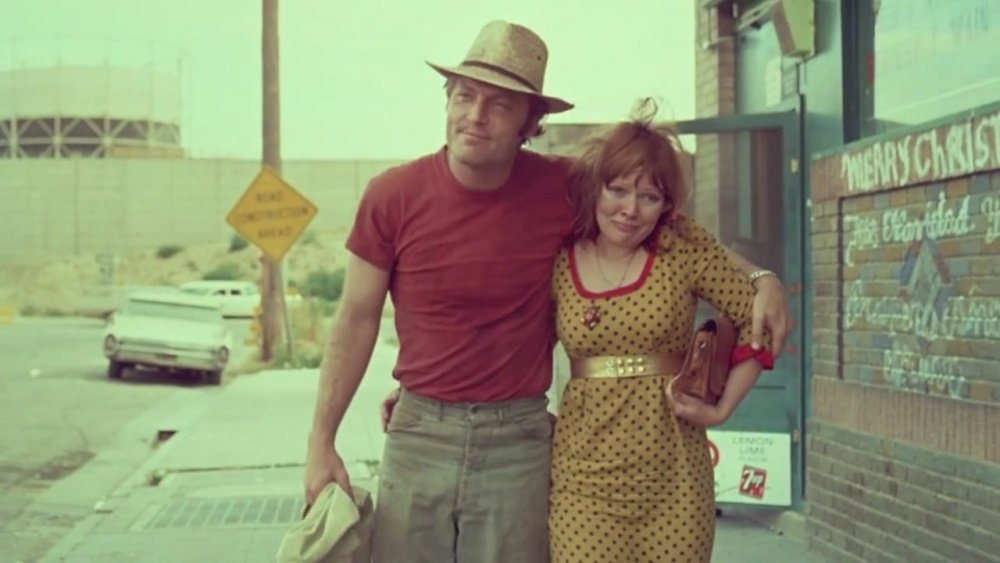 Something rather magical happened with John Huston and Fat City. Huston was no young buck: he’d been making films in Hollywood since The Maltese Falcon (1941). But with this adaptation of Leonard Gardner’s 1969 boxing novel he seemed rejuvenated by whatever was in the industry’s water in the early 70s. The unglamorous sense of place (Stockton, California), tattered lives and the attention to small moments mark this late Huston film as quintessential New Hollywood – and one of the era’s greatest films. 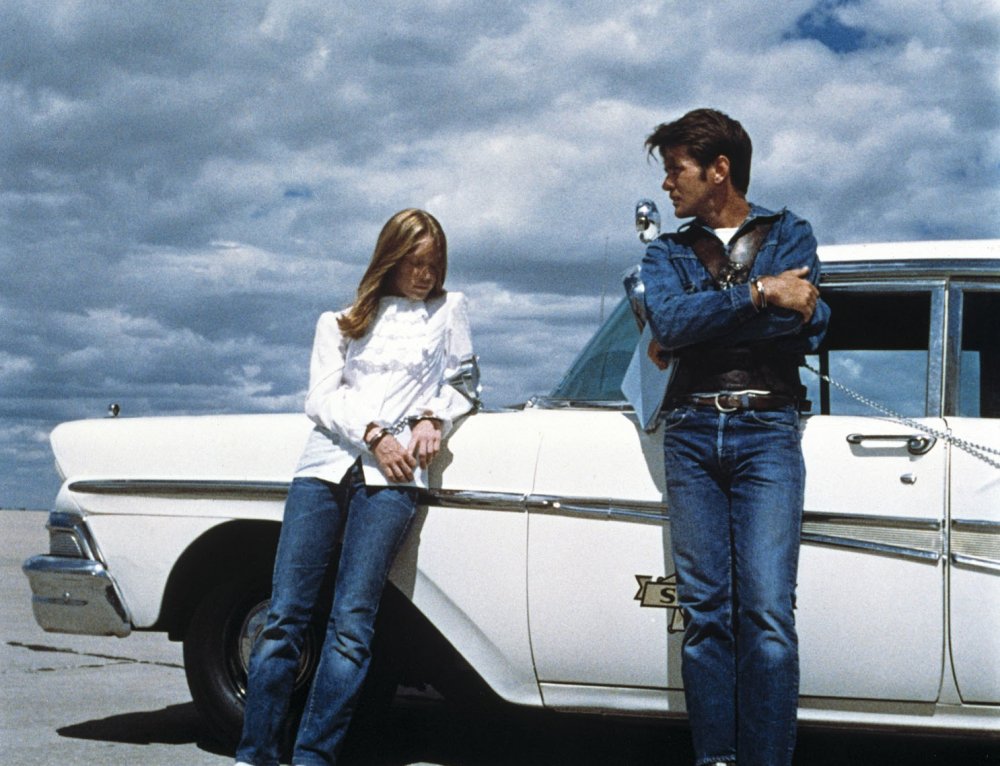 Perfect for open-ended explorations of modern America, the road movie really came to the fore during the New Hollywood period. 1973 alone delivered such classic tarmac-ers as Paper Moon, The Last Detail, Scarecrow and this extraordinary debut film by the young Terrence Malick. A very different kind of outlaws-on-the-run film to Bonnie and Clyde, Badlands is a disturbingly dreamlike fantasia following teens Martin Sheen and Sissy Spacek on a spree of killings across the blank face of American plain country. 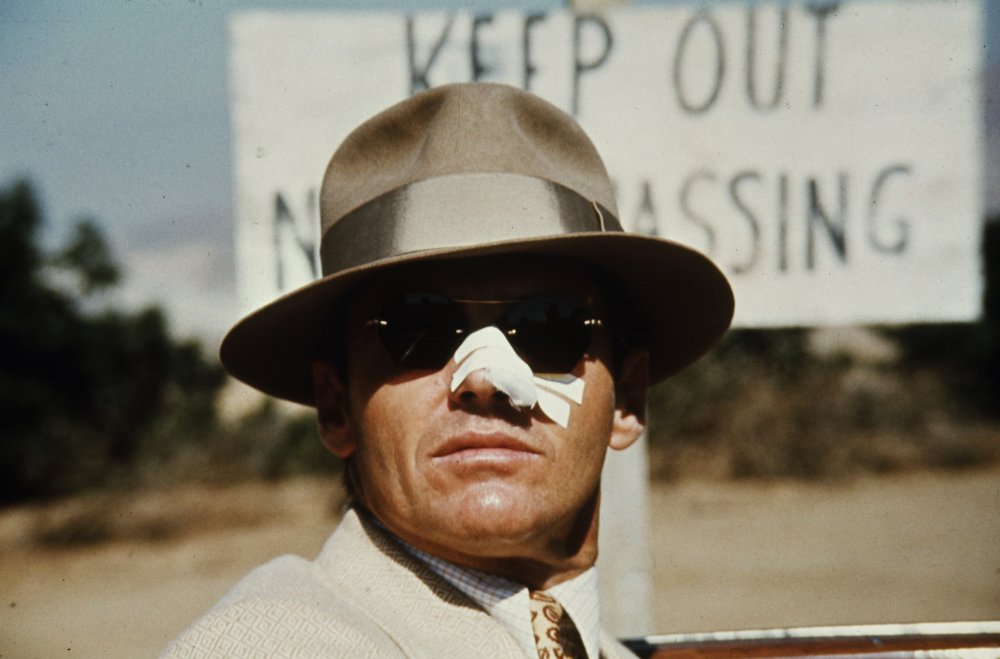 Turning old movie genres inside out was par for the New Hollywood course – and the private eye movie proved a popular target. Compared to the ramshackle revisionism of The Long Goodbye, however, Roman Polanski’s Chinatown plays the form relatively straight, starring Jack Nicholson in 1930s detective garb as J.J. Gittes, the dick for hire who finds himself knee-deep in corruption and iniquity on what at first appears to be only an infidelity case. A parable about American power that fit the Watergate era like a glove, Chinatown was a stepping stone from classic Hollywood to modern neo-noir. 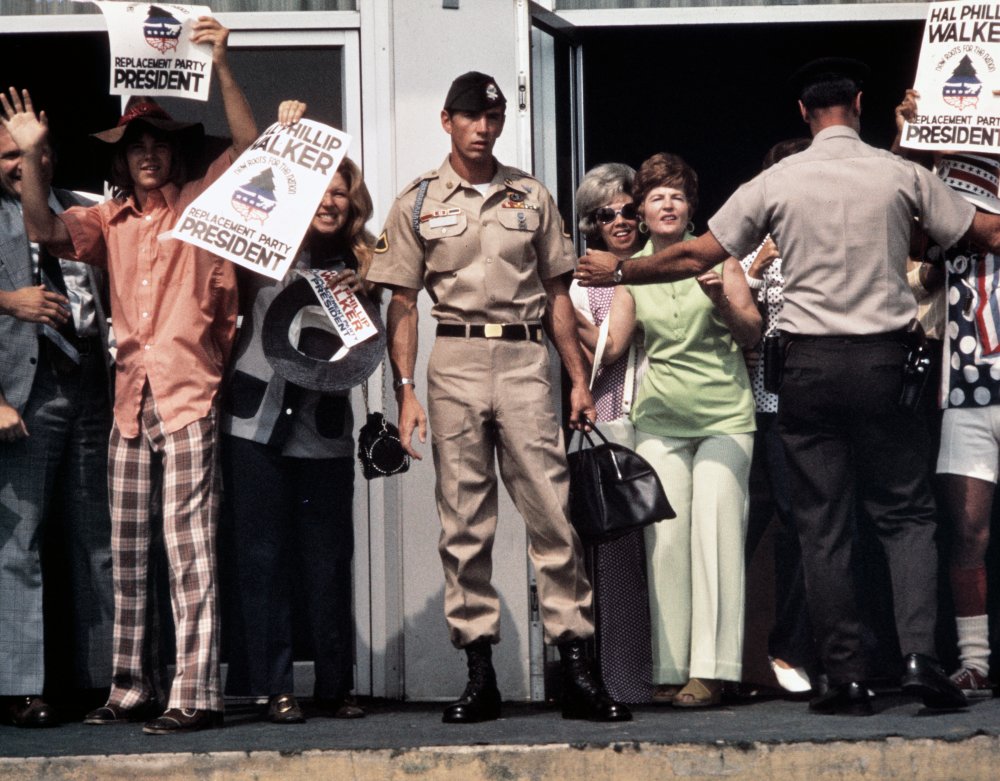 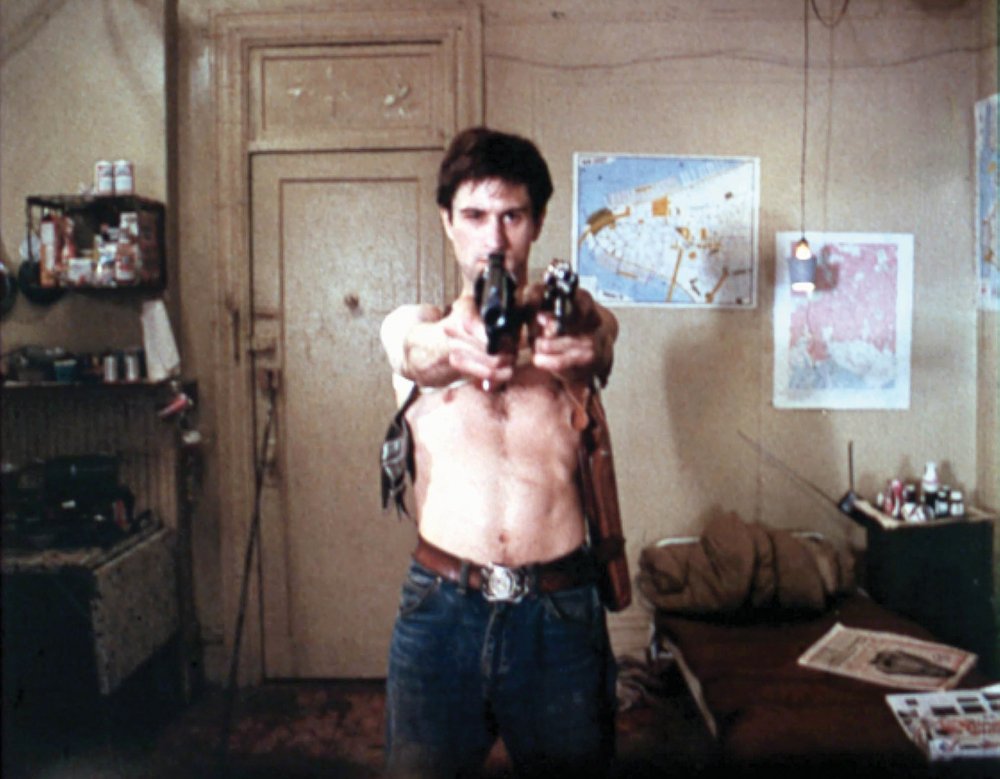 Vietnam weighs heavily on Taxi Driver, but Martin Scorsese moved beyond the rough and ready realism of the early counterculture films with this expressionistic nightmare vision of New York. Robert De Niro plays the war vet cab driver who embarks on a misguided vendetta to rid the streets of filth, while Jodie Foster plays the teenage prostitute whose salvation becomes his obsession. Once again for a New Hollywood milestone, an obvious love for cinema history (film noir, Robert Bresson) combines with a real shock of the new. 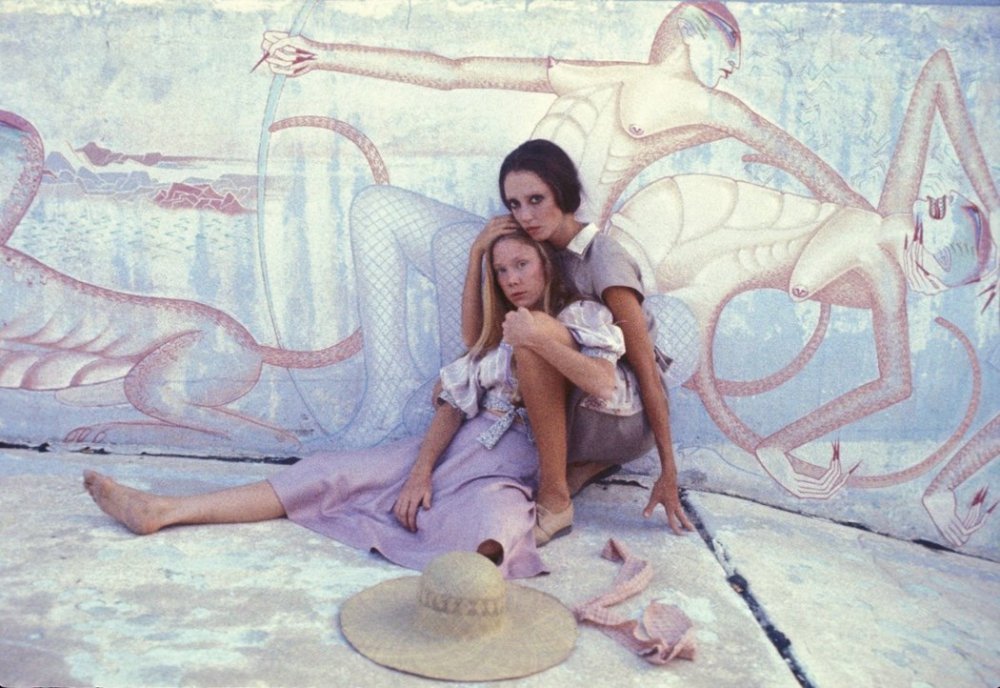 Altman narrowed his focus from freewheeling multi-character dramas to an Ingmar Bergman-influenced chamber piece with this hypnotic tale set in a remote California desert town. Sissy Spacek, Shelley Duvall and Janice Rule star as the eponymous trio, whose triangular story apparently came to Altman in a dream. Even if you think you know Altman, the odd brilliance of this one can still throw you for a loop. 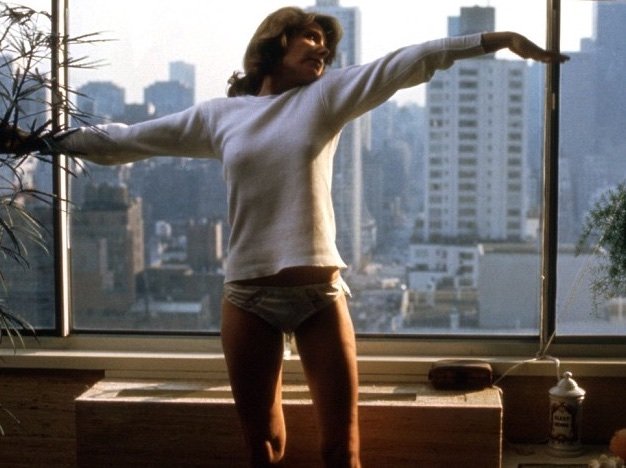 With few exceptions (Alice Doesn’t Live Here Anymore, 3 Women), women were as absent from top-billed roles in New Hollywood films as they were from behind the camera. Paul Mazursky’s An Unmarried Woman is a welcome exception to the first of these trends, gaining Jill Clayburgh an Oscar nomination for best actress for her extraordinary turn as the New Yorker forced to rebuild her life after her husband leaves her for a younger woman. Not just a belated attempt by Hollywood to engage with feminism, this is a winning comedy drama that deserves rediscovery. 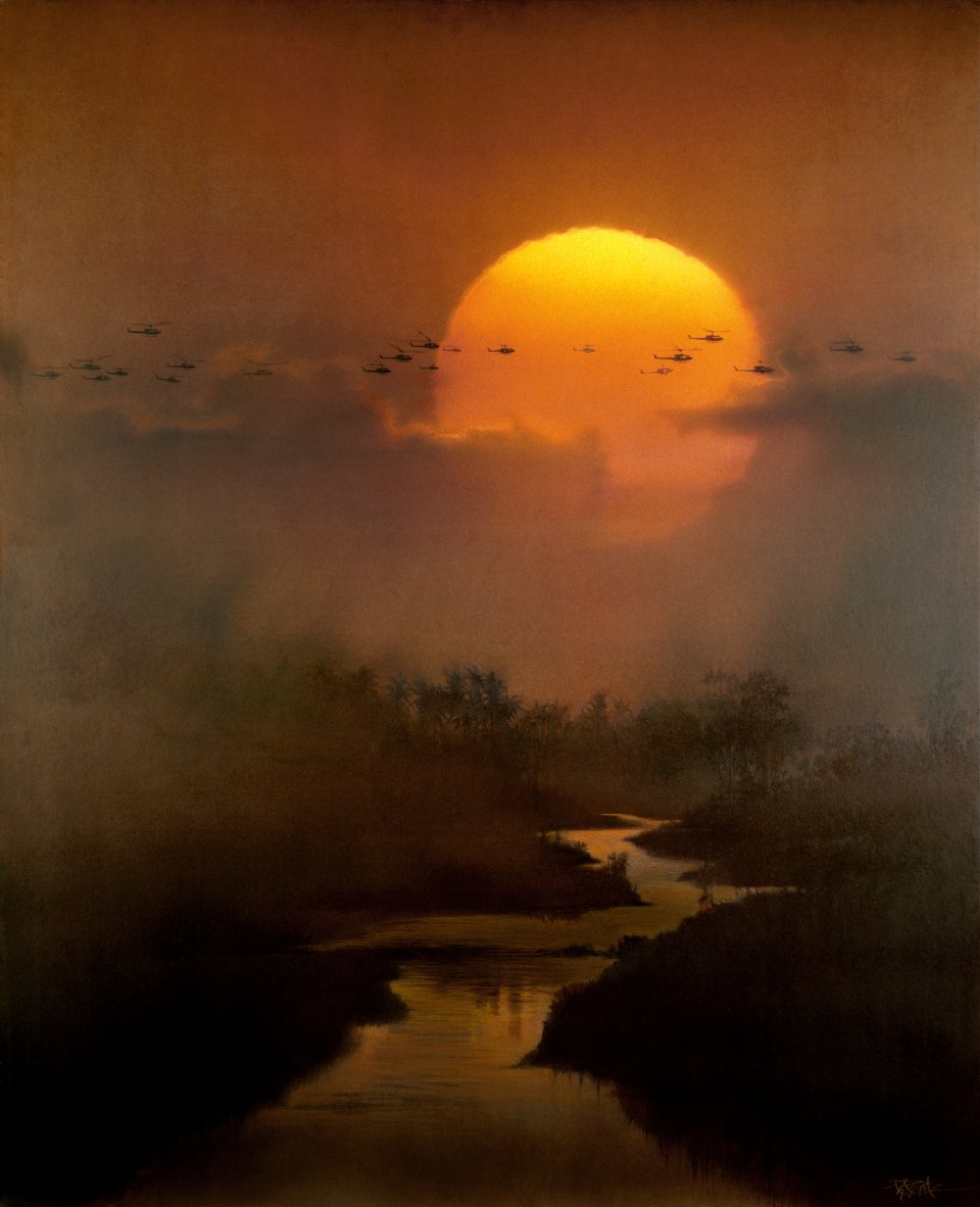 The ascent of the director as star during the New Hollywood era began to create problems of its own, as egos and budgets inflated too. Francis Ford Coppola’s madness-in-the-jungle Vietnam epic Apocalypse Now is perhaps the most storied of the period’s follies, with a troubled and wildly expensive shoot that’s become the stuff of movie legend. But for all its excess, on screen and off, it’s also lasted as one of the great visionary films of the time: a phantasmagoric odyssey into the darkness of war. 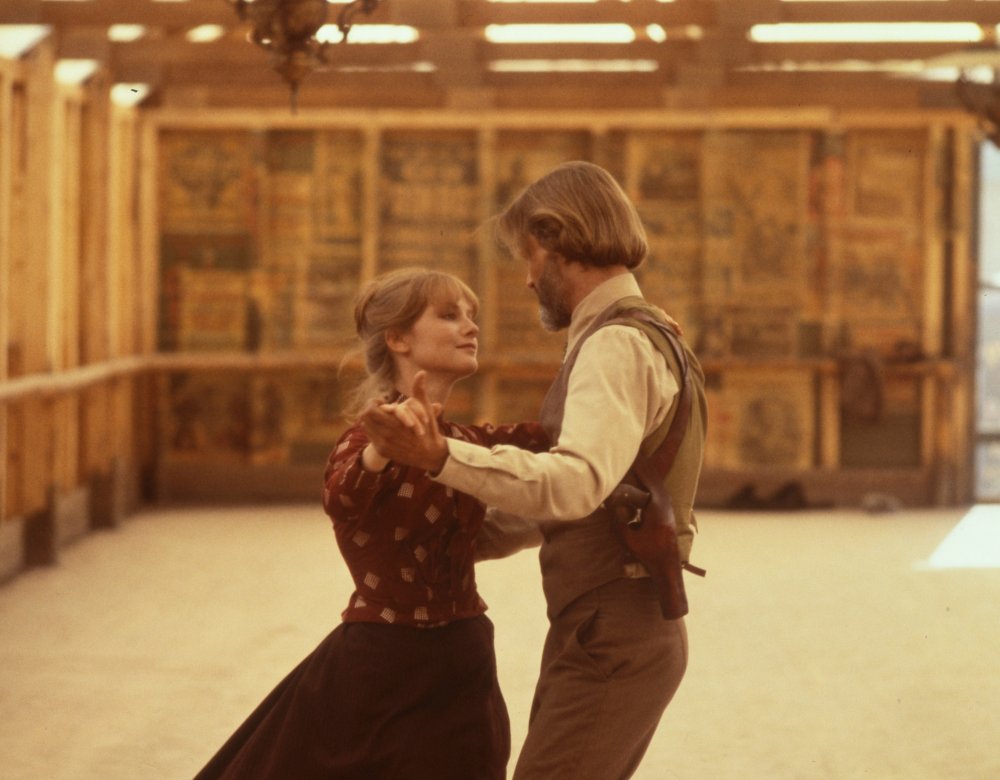 Costing $44m but taking only $3.5m at the US box office, Michael Cimino’s troubled four-hour epic western about the Johnson County War in late 19th-century Wyoming is often considered to be the tombstone for New Hollywood. Suddenly, those super-talented young filmmakers weren’t to be so trusted with studio money after all. The Deer Hunter director’s career never fully recovered from the notoriety, though the reputation of Heaven’s Gate as a poetic chronicle of American history has soared in recent times. 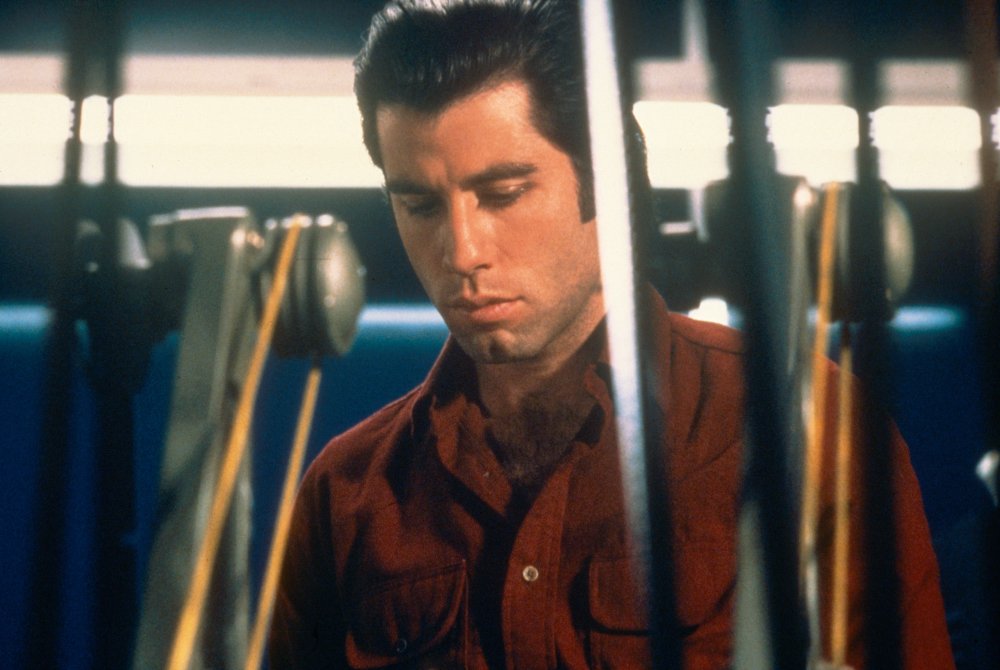 Perhaps the most contentious of the key ‘movie brat’ directors (Scorsese, Lucas, Spielberg, Coppola etc), Brian De Palma began his career making Godard-inspired counterculture films before switching idols to Alfred Hitchcock for a long series of postmodern refractions of the movie thriller. Starring John Travolta, this paranoid noir joins the dots between Rear Window (1954), Blowup (1966) and The Conversation (1974) in its story of a sound technician who uncovers a murder while obsessively poring over one of his recordings.

One from the Heart 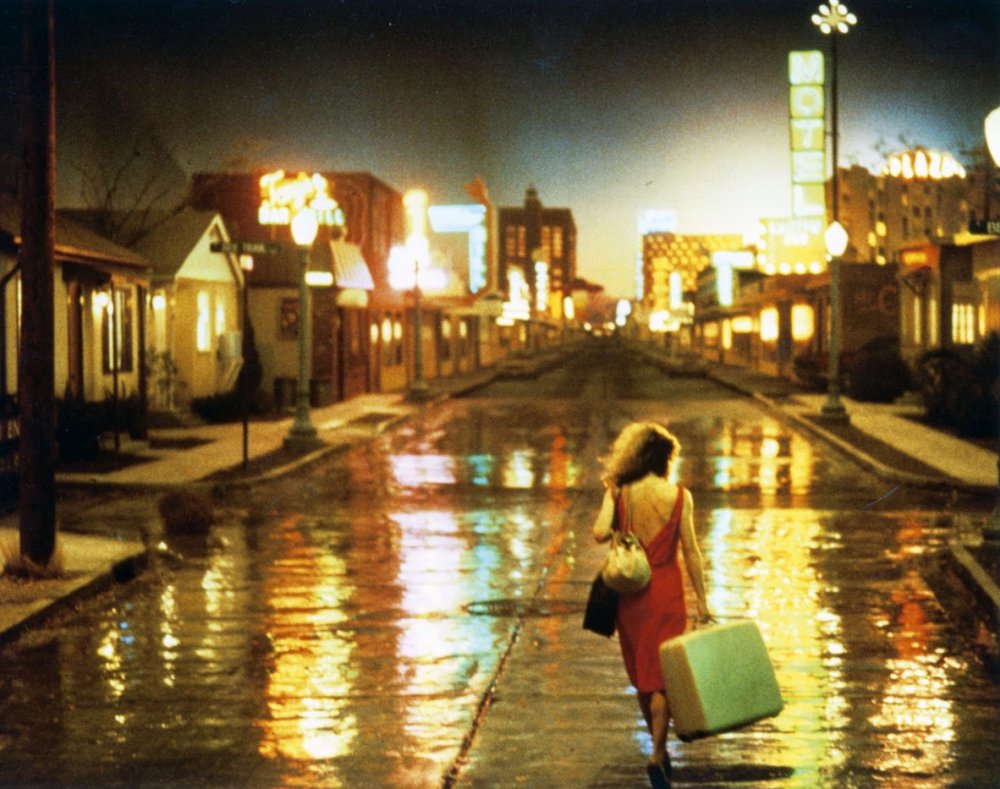 Another hugely costly flop (it recouped $600,000 from a $26m budget), One from the Heart is Francis Ford Coppola’s tribute to the Hollywood song-and-dance pictures of yore, but its failure seemed to prove that there was no longer an audience for the kinds of old-school musical that, ironically, the New Hollywood generation had helped to kill off. Seen from this distance, this Tom Waits-scored, Las Vegas-set romance looks like a dry run for La La Land (2016), but with shots so stunning they’d make Damien Chazelle green with envy.

By far the biggest picture of 1982, however, was E.T. the ExtraTerrestrial. Directed by Steven Spielberg, who’d cut his teeth with New Hollywood road movies Duel (1971) and The Sugarland Express (1974), this special effects-laden sci-fi became the most successful film of all time. Like Jaws (1975) and Star Wars (1977) before it, it confirmed action, fantasy and effects as the new and much more profitable path for the industry. The golden glow of Hollywood’s hippie-era renaissance was snuffed out.