From The Devils to Women in Love, we celebrate the force of nature that was Oliver Reed. 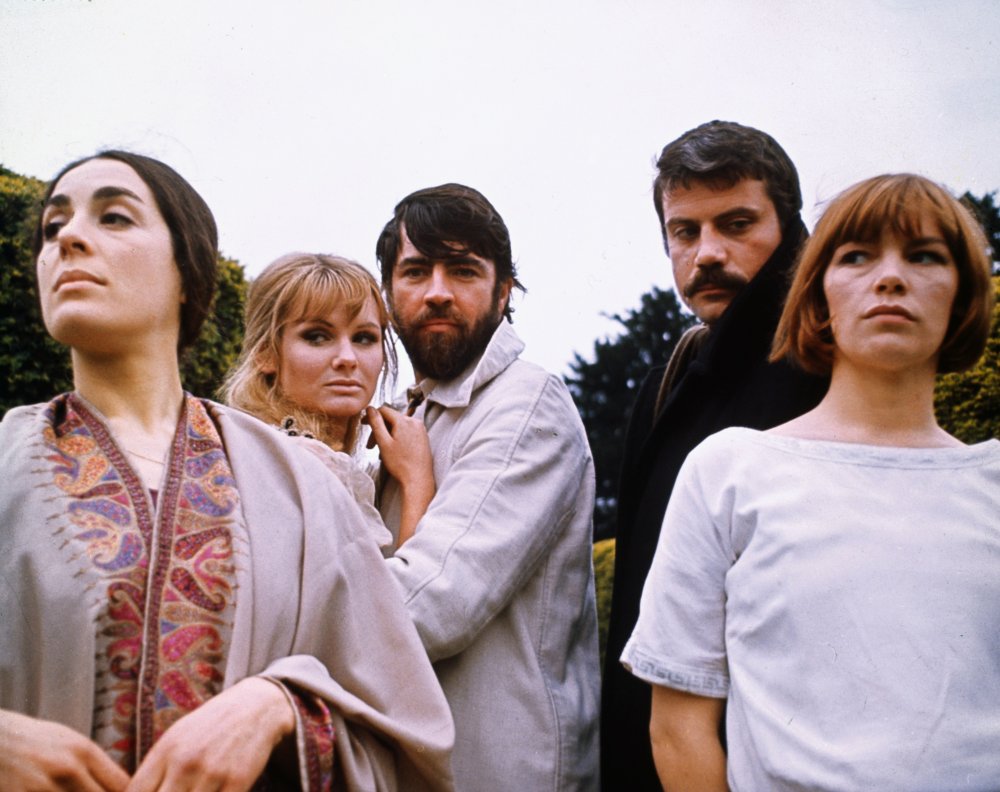 He could have been James Bond, but British cinema’s most notorious hellraiser lost focus and died at the age of 61, leaving Ridley Scott to piece together his final performance as the slave dealer Proximo in Gladiator (2000) using outtakes, body doubles and CGI. Such was the affection for Oliver Reed among BAFTA members, however, that he was posthumously nominated for the best supporting actor award. But the public had come to think of him as a drunk making a boorish spectacle of himself on chat shows and Channel Four forums like After Dark. “Let’s face it”, Reed told critic Roger Ebert around the time he made Women in Love (1969). “There has to be somebody like me around. The press can’t write about fruits in paisley shirts. They like somebody like Richard Harris or myself, somebody who’s a boozer and gets in fights and is colourful as hell.” What a shame he fell for his own hype.

Starting out bullying Norman Wisdom, Reed found a niche in Hammer offerings like The Curse of the Werewolf (1961) and Paranoiac (1963). Initially, he was content to play villains (“baddies always drag the birds off to the bushes”), but partnerships with Michael Winner and Ken Russell in the mid-60s saw Reed become an emblematic Britflick icon, with his turn as an urbane killer in The Assassination Bureau (1969) putting him in the running to succeed Sean Connery as 007.

But controversy had a way of finding Oliver Reed, whose alcoholism and genius for bad publicity began impacting upon his career from the mid-1970s. There were several last chances amid the thick ears made for producers like Harry Alan Towers and Saddam Hussein. Yet, as he proved with his scene-stealing cameo in Funny Bones (1994), he remained a bloody good actor. 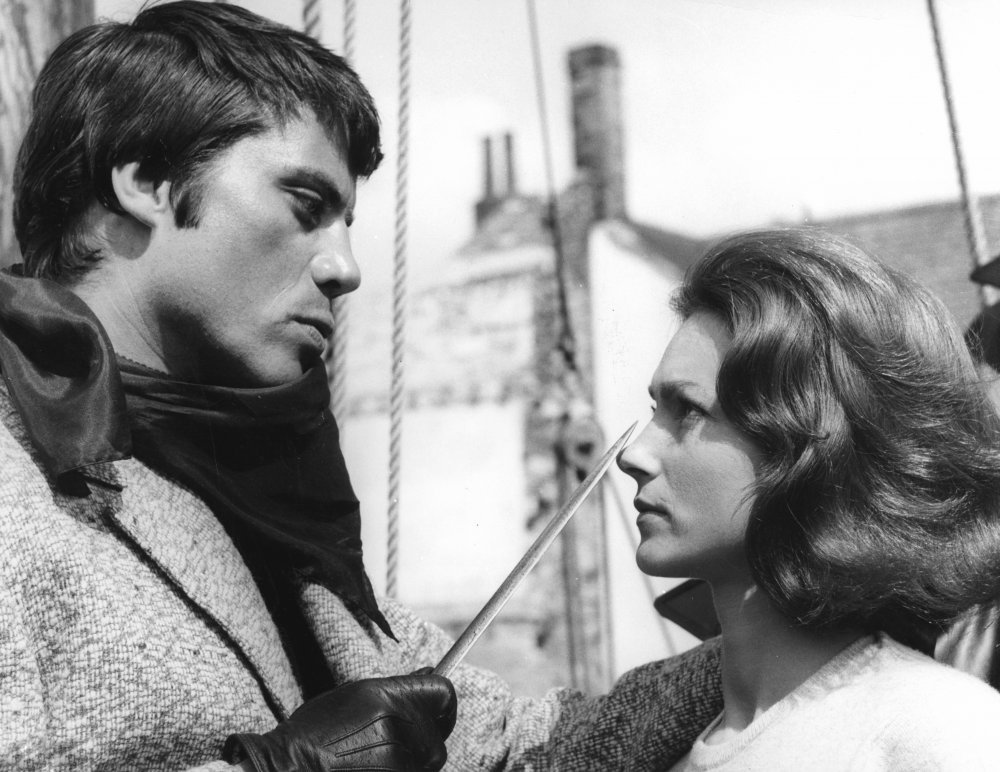 Having made an menacing impression as Soho beatnik Adam Faith’s jiving mate in Edmond T. Gréville’s Beat Girl (1959), Oliver Reed staked a claim to be the British Marlon Brando as the leather-clad biker terrorising American tourist Macdonald Carey in this simmering Hammer take on H.L. Lawrence’s novel, The Children of Light. Blacklisted director Joseph Losey accepted the project to warn of the dangers of atomic power. But he was also keen to contrast Reed’s thuggish intimidation of younger sister Shirley Anne Field with boffin Alexander Knox’s exploitation of the radioactive children under surveillance at a Weymouth military base. The resulting treatise on art and science is fitful, but haunting. 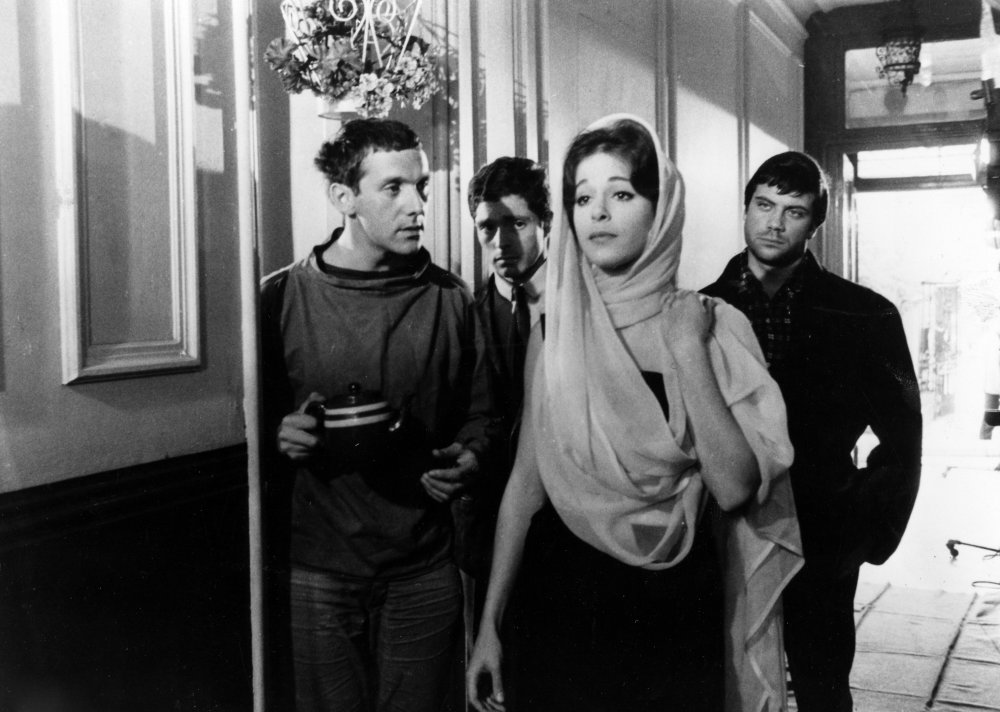 The British Board of Film Censors was so appalled by this Chelsea variation on Michelangelo Antonioni’s L’avventura (1960) that it cut 18 minutes of ‘explicit’ action before awarding an X certificate. Director Guy Hamilton removed his name from a picture that was shelved for three years, but which can now be seen in its entirety thanks to the BFI’s Flipside renovation. Exuding sinister charisma, Reed excels as the dashing but dangerous leader of The Pack, who leads American heiress Louise Sorel astray. But his moodily magnificent beatnik bestrides a capital still bearing the scars of the Blitz and immersed in the social conservatism that prompted this boldly transgressive film’s evisceration. 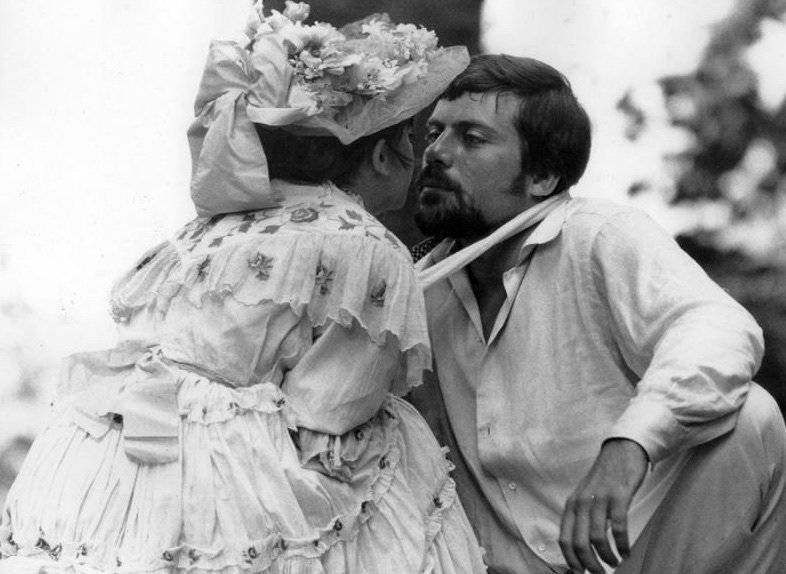 Reed feared for his career after his face required 63 stitches following a pub glassing. But Ken Russell had no hesitation in casting him in either his penultimate Monitor film, The Debussy Film, or his 1967 Omnibus gem, Dante’s Inferno. Scripted by Melvyn Bragg, the former is a modish but masterly blend of biography and musical interpolation. It sees Reed and Vladek Sheybal double up as Claude Debussy and Pierre Louÿs and as an actor/director duo debating how to dramatise the composer’s liaison with muse Gaby Dupont (Annette Robertson). The project clearly resonated with Reed, as he picked Debussy’s ‘Jardins sous la pluie’ on Desert Island Discs, while his luxury was an inflatable rubber woman. 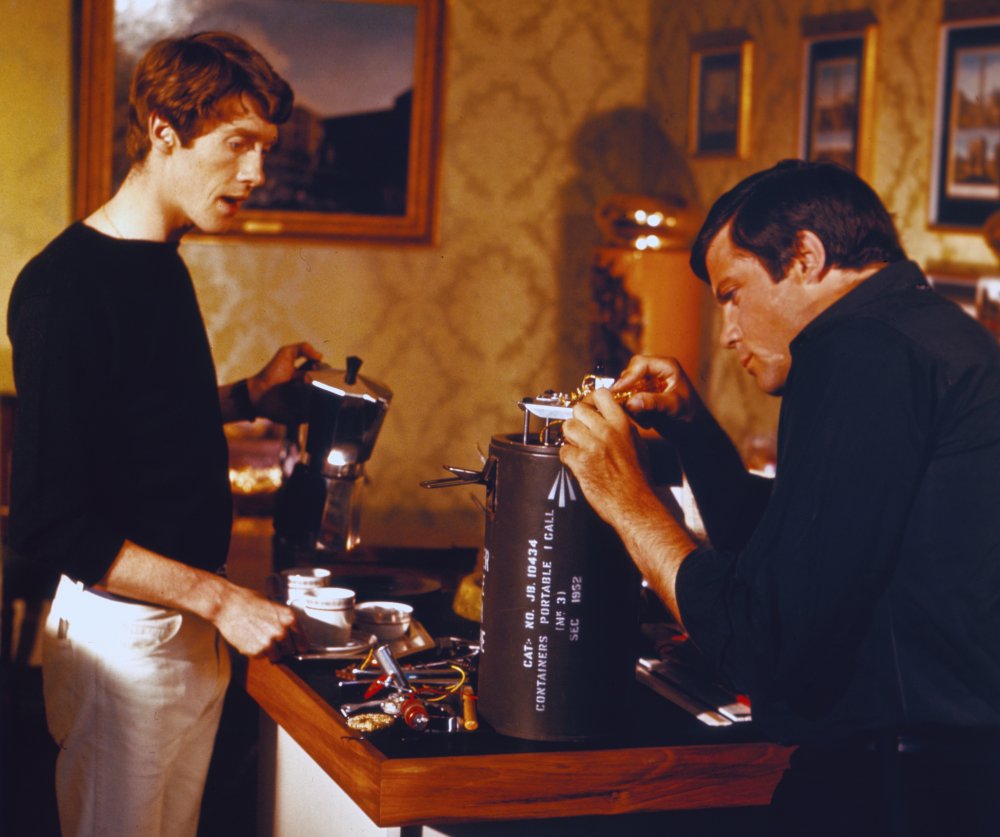 Reed made six features with Michael Winner and this crime caper catches the spirit of swinging London as breezily as The System (1964) and I’ll Never Forget What’s’isname (1967). Given the current security situation, the story of upper-class siblings who plot to borrow the crown jewels by distracting the police with a series of bomb hoaxes may seem in poor taste. But screenwriters Dick Clement and Ian La Frenais ingeniously update the comic heist scenario with a brash wit that turns increasingly dark as Reed’s staid architect is framed by his resentfully roguish brother, Michael Crawford. The Establishment satire lacks bite 50 years on, but this remains slick, crackling fun. 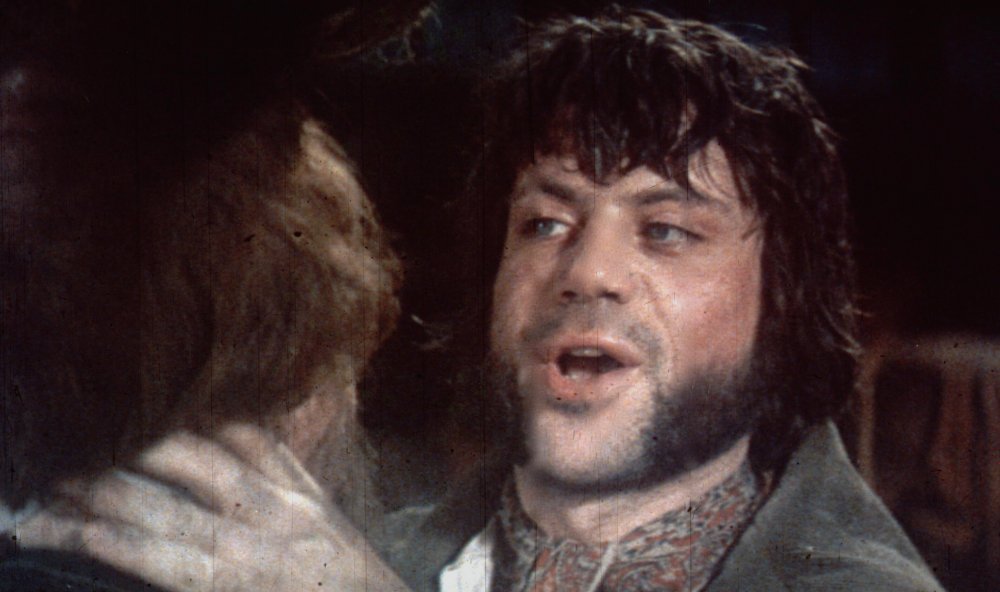 Reed only worked with his Uncle Carol once, but it proved a propitious collaboration, as Lionel Bart’s musicalisation of Charles Dickens’s Oliver Twist won the Academy Award for best picture. Given that Reed had assumed Robert Newton’s mantle as Britain’s thirstiest thespian, it’s apt that he should also have inherited the role of Bill Sikes that Newton had played with such feral ferocity for David Lean in 1948. Reed tempers the villainy, however, to present a Victorian variation on the angry young man. His Sikes is less a psychotic brute than an alienated victim of his times, hence the poignant devotion of Nancy’s torch song, ‘As Long as He Needs Me’. 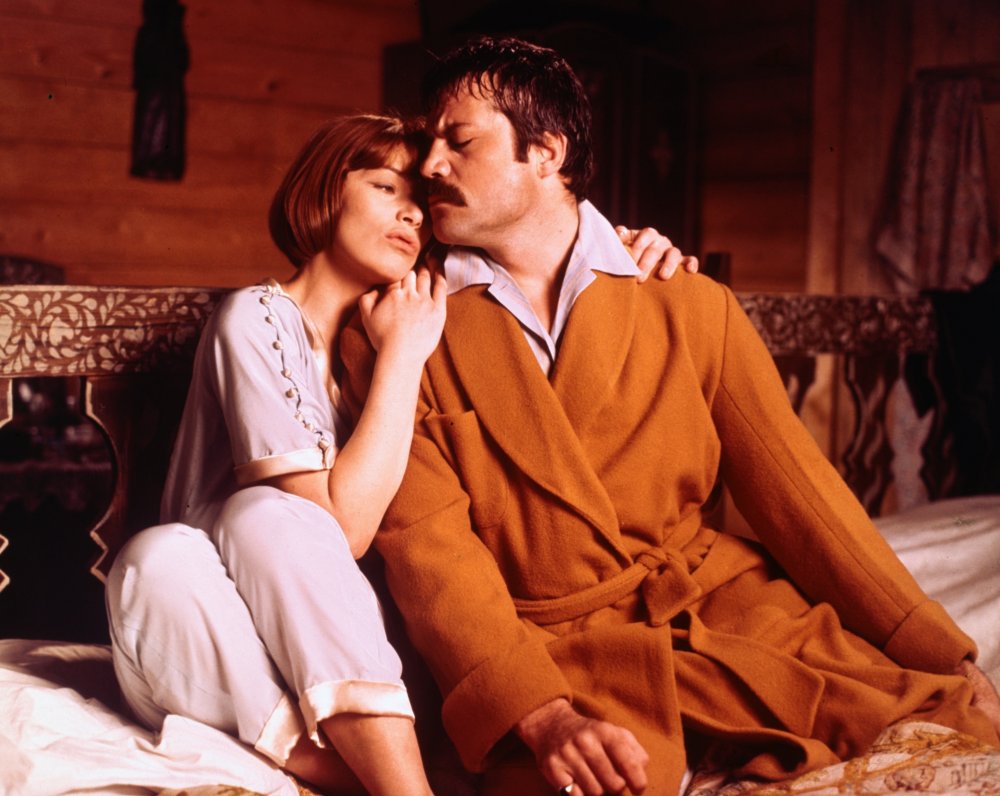 Had producer Larry Kramer succeeded in persuading Silvio Narizzano, Jack Clayton, Stanley Kubrick or Peter Brook to direct this adaptation of D.H. Lawrence’s 1920 novel, Edward Fox would have wrestled naked in front of a roaring fire with Alan Bates. But Ken Russell insisted on casting Reed, as his animalistic machismo was key to the character of Gerald Crich, the mine-owning scion whose struggle to return the affection of either best friend Rupert Birkin (Bates) or artist Gudrun Brangwen (Glenda Jackson) culminates in Alpine tragedy. Physicality is crucial to Russell’s analysis of class, sexuality and emancipation in the interwar Midlands, but Crich’s conflicts are primarily conveyed by Reed’s dark-eyed intensity. 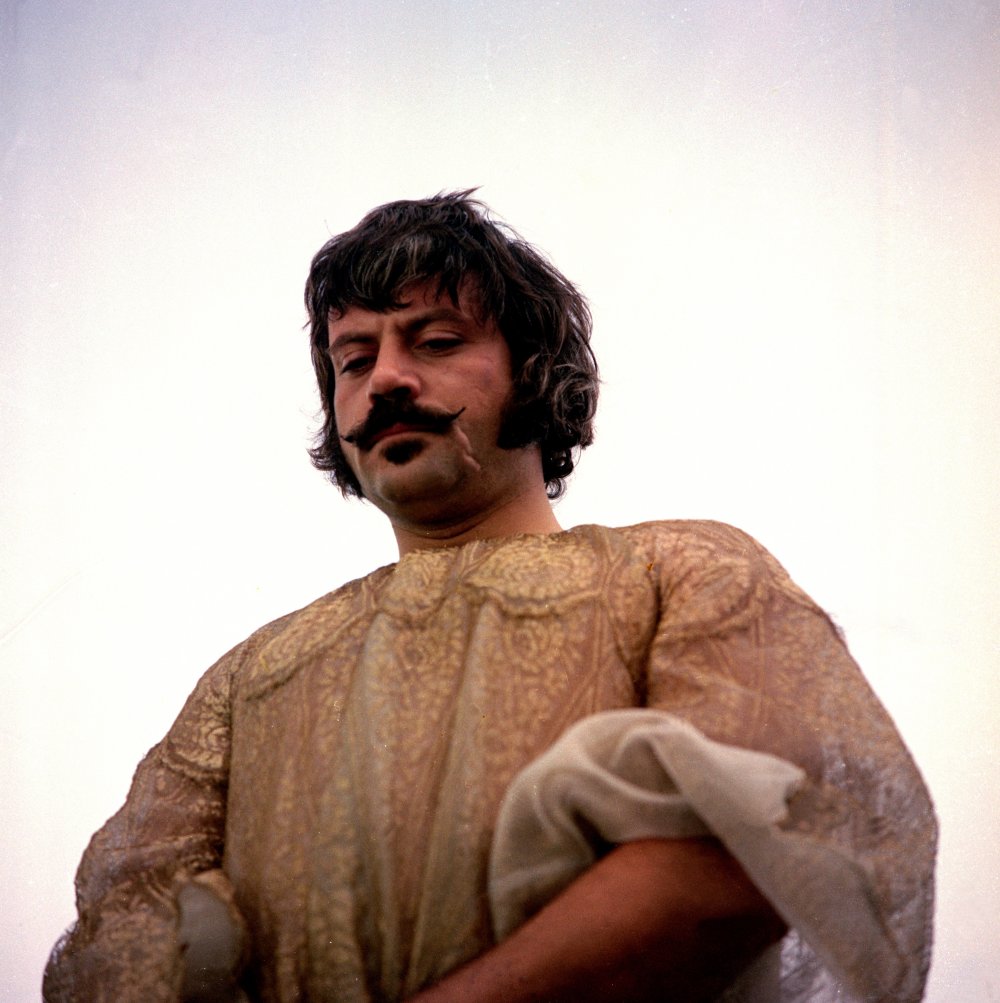 Ken Russell’s adaptation of a John Whiting play that was itself based on a non-fictional Aldous Huxley novel is better known for the censorship storm it caused than its actual content. Amid the nudity, hysteria and sadomasochism running rampant in a provincial French town in 1634, Reed bristles with debased self-righteousness as Fr Urbain Grandier, whose enemies exploit the confession of a hunchbacked nun (Vanessa Redgrave) to accuse him of heresy and witchcraft. With its provocative analysis of the misuse of power and the corrupting nature of fanaticism, this exposé of spiritual and secular hypocrisy has a renewed relevance. 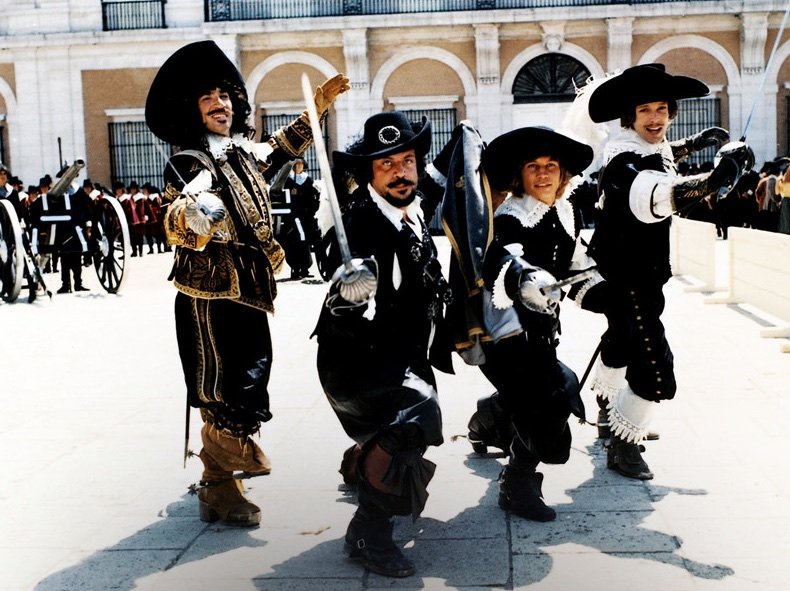 Having discovered a flair for swashbuckling with John Gilling during his Hammer days, Reed teamed up with Richard Lester for a spiritedly faithful adaptation of the Alexandre Dumas classic that had briefly been considered as a Beatle-Bardot vehicle in the 1960s. Bringing sardonic melancholy to the role of Athos, Reed consistently suggests a psychological complexity that is less marked in Richard Chamberlain’s Aramis, Frank Finlay’s Porthos and Michael York’s D’Artagnan. The reason for his brooding acrimony is revealed in a poignant speech over a flashback into his past in sequel The Four Musketeers (1974), which was cobbled together from the excess footage Lester had amassed while filming at over 50 locations across Spain. 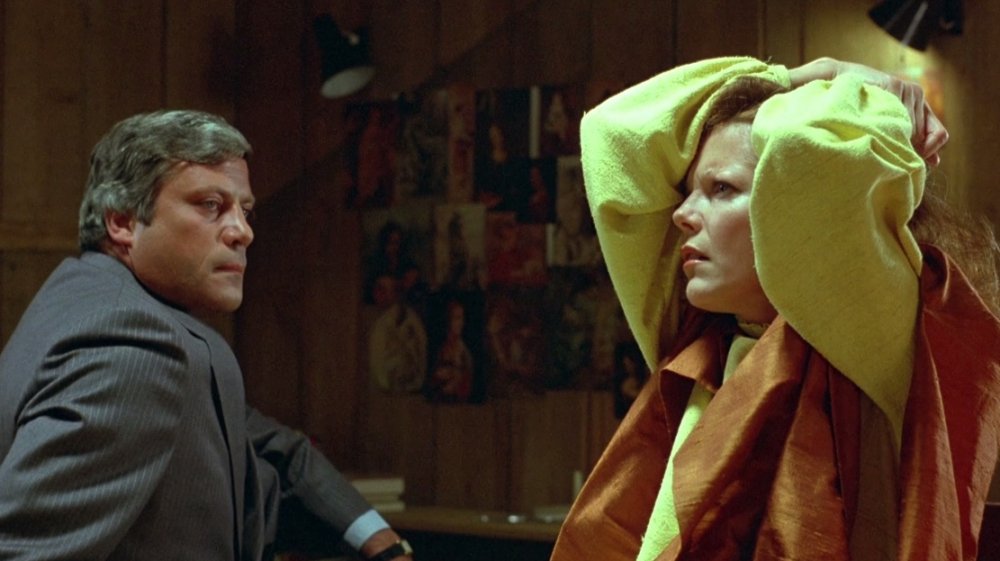 Echoes of Joseph Losey’s dire warnings in The Damned about unchecked scientific excess reverberate around this chilling exercise in body horror. Although this is a twisted treatise on mother love, David Cronenberg’s primary target is psychiatry and he makes no attempt to hide his contempt for the extreme tactics that Reed employs in the psychoplasmic technique that causes patients to manifest their psychological distress in physiological form. For once, however, Reed is upstaged by Samantha Eggar (with the aid of Jack Young’s makeup), who goes “all the way through it to the end” and is truly terrifying as she channels her rages to control her murderous parthenogenetically-born offspring. 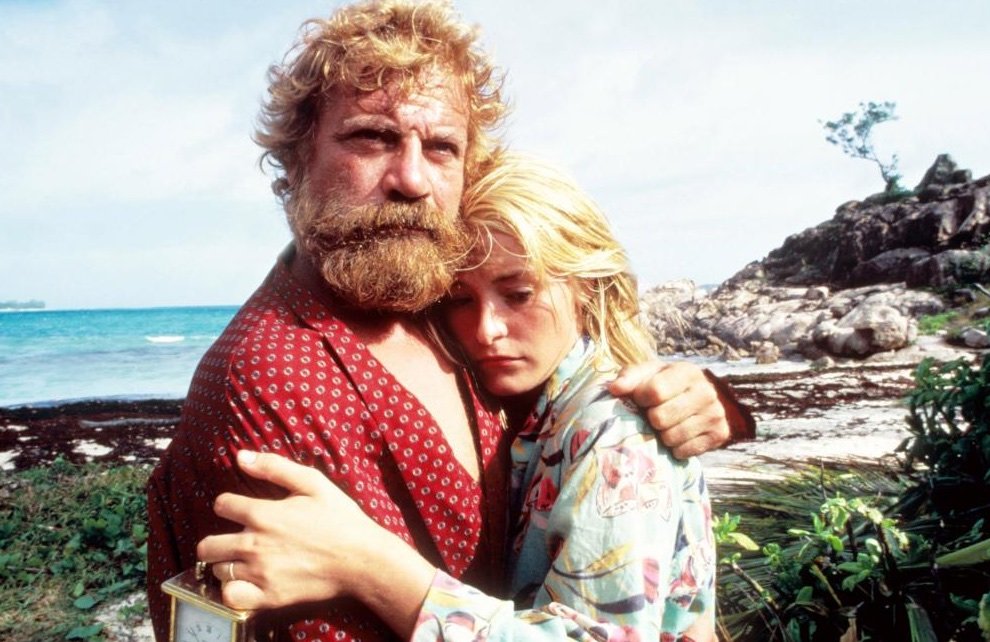 Such is the notoriety of Reed’s chat show appearances with Des O’Connor, Michael Aspel and David Letterman while promoting Nicolas Roeg’s adaptation of Lucy Irvine’s bestselling memoir that it’s easy to forget what a fine performance he gives as Gerald Kingsland, the middle-aged publisher who placed an advert in Time Out for a woman to spend a year alone with him on the remote Pacific island of Tuin. Critics lazily complained that Reed merely played a version of himself, while Roeg objectified the often (semi-)naked Amanda Donohoe. But Reed (who shed four stone for the role) is compellingly vulgar and vulnerable in this fascinating study of nature, mortality and sexual power.