Martin Scorsese: a career in 10 songs

Songs in the key of Scorsese… how Marty revolutionised movie soundtracks. 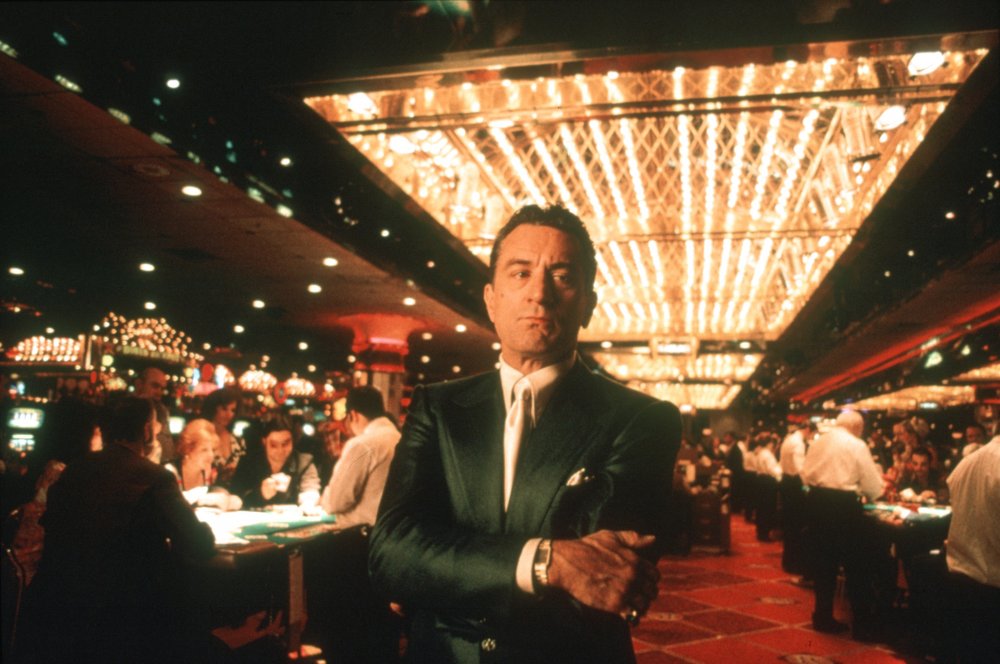 Martin Scorsese was one of the pioneers of the now longstanding trend to fill a movie soundtrack with existing jukebox favourites. Excepting his historical films, including his new Jesuits-on-a-mission movie Silence, which prefer purely orchestral scores, Marty’s films include a sonic jigsaw of pop, rock and classical cues that’s proven hugely influential on subsequent filmmakers.

A Scorsese movie can sound like a century of music on shuffle, though nothing about his track order is random. The tunes he picks convey and influence mood, set the tempo and indicate both time and place – sometimes all at once. While the likes of Quentin Tarantino and Wes Anderson are celebrated for their musical magpie soundtracks, Scorsese was there first. Our celebration of some of his most memorable moments begins with the iconic kick-kick-kick-snare that introduces ‘Be My Baby’ and – in Scorsese’s hands at the start of Mean Streets (1973) – the arrival of a music-mad master filmmaker…

By lacing the opening titles of his breakthrough picture with home movie-style footage and a nostalgic pop hit, Scorsese immediately establishes affection for his characters. The ecstatic early-1960s sound of The Ronettes’ ‘Be My Baby’ blares out as our small-time gangster hero Charlie (Harvey Keitel) – in grainy 8mm – goofs off with friends in bustling Little Italy. Commonplace now, the use of vintage pop songs like this was a revolutionary move at the time of Mean Streets’ 1973 release. Phil Spector probably never imagined his innocent melody would open a gritty New York crime drama, but it works perfectly in the moment: Charlie fondly recalling happier times, prior to everything coming apart.

You hear only one significant piece of non-score music in Taxi Driver. Bernard Herrmann’s intoxicating orchestral themes dominate the soundtrack, but, in one scene, Robert De Niro’s metropolis-shocked cabbie watches, with .44 Magnum in hand, as on TV young couples slow-dance in a studio to the sound of Jackson Browne’s ‘Late for the Sky’. It’s an unsettling use of a sugary love song, as we see Travis isn’t picking up the meaning Browne is trying to convey at all. He just stares placidly, his mind half in the room and half fixed on whatever obsessive, paranoid thought currently has hold.

Scorsese’s paean to classic studio musicals has always been divisive, though the film’s title tune is undoubtedly a showstopper. ‘Theme from New York, New York’ is a huge contribution to popular culture rarely attributed to Scorsese; perhaps most people simply assume the pervasive, classic-sounding song predates the filmmaker. Now it’s emblematic of the Big Apple, the city’s unofficial anthem, but the song originated here, before Frank Sinatra adopted it as his own, belted out by Liza Minnelli in one of her more underrated film performances.

Pop and rock’n’roll tend to be his musical genres of choice, but Scorsese has been known to make some inspired classical picks in his movies too. He opens Raging Bull with a full symphony orchestra, playing the intermezzo from Mascagni’s opera Cavalleria rusticana, as in slow-motion Robert De Niro’s self-destructive pugilist dances in the only space he’ll ever be certain of himself: the boxing ring. Wordlessly, the soaring melancholy of the music tells us that this man, after the glory, is heading for a grand fall.

Burned out from illness and spent creatively after Raging Bull, Scorsese returned to filmmaking at a slower pace. A formally uncomplicated effort, Scorsese’s The King of Comedy makes simpler intentions clear from the opening title scene, which consists of a single, painfully protracted freeze frame of an obsessive fan’s hand slammed on the window of comedian Jerry Langford’s (Jerry Lewis) limo. Scorsese holds on this shot for close to three minutes, as Ray Charles’ ‘Come Rain or Come Shine’ gently plays, the sunny sound uncomfortably juxtaposed with an image of sheer desperation.

You can take your pick of right-on soundtrack selections from GoodFellas: ‘Beyond the Sea’, ‘Sunshine of Your Love’, any of the jumble of songs – by Muddy Waters, Mick Jagger, Harry Nilsson – that collide during Henry’s coke-fuelled day of reckoning. For perfect alignment of sound and image, though, look no further than Henry (Ray Liotta) and Karen’s (Lorraine Bracco) first date, the scene in which Scorsese tracks the pair from the street, through the club and to their table. The extended shot is backed by The Crystals’ utterly charming ‘Then He Kissed Me’, a return to Phil Spector 17 years after Mean Streets. Instantly, you understand how Karen could be seduced by the life.

On Casino, Scorsese takes the restless jukebox sound of GoodFellas and applies it to an even bigger, glitzier canvas. In one of the film’s best scenes, casino kingpin Sam ‘Ace’ Rothstein (Robert De Niro) watches hustler Ginger (Sharon Stone) causing chaos at his tables, throwing her wealthy mark’s chips to a surrounding mob. Little Richard’s ‘Slippin’ and Slidin’ segues into Mickey & Sylvia’s seductive 1956 hit ‘Love Is Strange’, as Ginger slinks away, grinning. To Ace, it’s love at first sight, but the song’s lyrics – “Love is strange/Lot of people take it for a game” – offer a hint at the toxic relationship that will develop between the two.

To chime with the strung-out energy of his lead character, not to mention the typically wackadoo performance from Nicolas Cage in the role of spiritually flatlining ambulance driver Frank, Scorsese brings a manic punk style to his nocturnal black comic odyssey, Bringing out the Dead. Punk rockers The Clash provide apt accompaniment as Frank – high on a cocktail of drugs – sees the New York City streets speed up into a blur, his morbid taxi propelled by Joe Strummer’s wailing and Topper Headon’s drum assault.

While the second half is a more subdued affair, the first half of The Aviator is a glamorous biopic, complete with star cameos. Jude Law, Willem Dafoe and Gwen Stefani all make brief appearances, but most eye-catching of all is Rufus Wainwright, as swanky LA club Cocoanut Grove’s big band singer, performing an earwormy take on George Gershwin’s ‘I’ll Build a Stairway to Paradise’ just as Leonardo DiCaprio’s Howard Hughes makes his big entrance. This is the sound of Hughes as playboy, basking in the decadence of his world pre-downfall.

Throughout his career, Scorsese has been an unfailing fan of The Rolling Stones, even going as far as using the same song – their sinister, sultry ‘Gimme Shelter’ – across three of his movies. In The Departed, home to Scorsese’s best use of the track, ‘Gimme Shelter’ provides vicious-cool backing to mob boss Frank Costello’s (Jack Nicholson) introductory montage. We watch as Frank casually threatens a shopkeeper and makes a pass at his prepubescent daughter, before proceeding to execute an anonymous man and woman – “Rape, murder/It’s just a shot away!” sings Merry Clayton, as if in warning.

The Wolf of Wall Street (2013) – ‘Smokestack Lightnin’ by Howlin’ Wolf

A movie of wall-to-wall tunes like his gangster epics (with which this boisterous stockbroking bacchanalia arguably belongs), Scorsese’s 23rd feature is bursting with artful needle drops. Howlin’ Wolf’s blues number ‘Smokestack Lightnin’ is one wicked tune, perfect for the debauchery that plays out in the offices of Jordan Belfort’s (Leonardo DiCaprio) dubious brokerage firm, Stratton Oakmont, on payday. Half-naked women parade around a room full of slathering pinstripe suits, as Wolf, true to his name, makes the ravenous howls of an animal ready to feast.

Related to Martin Scorsese: a career in 10 songs