Three to see at LFF if you like... films from the Middle East and North Africa

Elhum Shakerifar recommends three hot tickets at the BFI London Film Festival: a film by an established director, a great debut and a wild card. 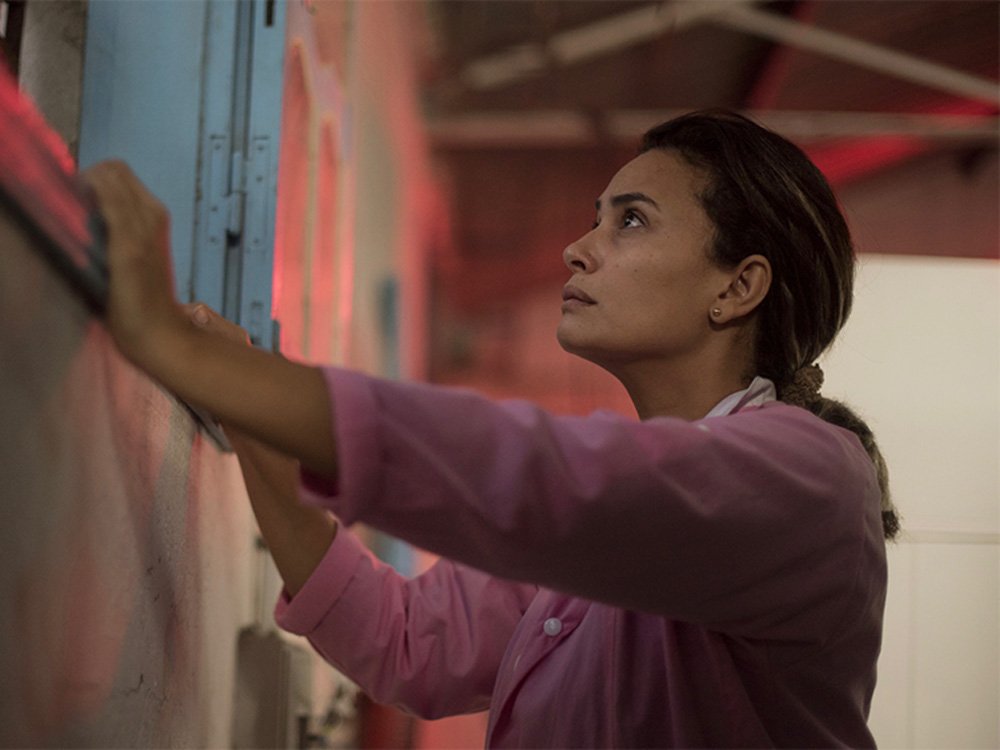 Noura and Lassad’s delicate love story turns into a nightmare when Noura’s husband Sofiane is unexpectedly released from prison, days before their divorce is finalised. Sofiane quickly returns to his world of petty crime, and a vein of casual violence re-enters their household, creating a tinderbox situation, ready to explode.

Hinde Boujemaa is a celebrated documentarian, known especially for It Was Better Tomorrow (2012), one of the most compelling reflections on the Tunisian revolution. Her much anticipated fiction debut is an impressive and astutely observed female-centred narrative, which comes to London via TIFF and features a gripping performance from Tunisian-Egyptian screen icon Hend Sabri.

Noura is a cleaner at a local hospital, a hardworking woman who has toiled against the odds to create a home for her children alone. The vulnerability of her situation – particularly in aspiring for something better for herself – is centre frame here. The genuine companionship and tenderness she has found with Lassad is just in reach, if only it can survive the humiliation of the explosive situation the lovers are embroiled in.

Boujemaa astutely weaves a tense and complex narrative web, through which she underlines a woman’s exposed place in the Tunisian legal system, as well as reflecting on questions of masculinity, power, corruption and domestic violence.

Fares and Meriem’s 10-year-old son Aziz’s liver is punctured when their car is hit by a stray bullet during an ambush in southern Tunisia. At a local clinic, the need for a transplant uncovers a secret that risks Aziz’s life should a donor not be found in time.

Tunisia’s film scene has been positively bustling over the last few years but Mehdi M. Barsaoui’s debut – which world premieres in Venice’s Orrizonti section this year – is so deftly handled that it heralds a talent not to be missed.

This is one of those films that stays with you long after it’s over – the unexpected lurks at every turn of the road, challenging your emotions with every twist. At the film’s heart is a simple question: what does it mean to be a father?

On making the film, Barsaoui explains: “I live in a rather macho patriarchal society, built on well-entrenched Arab-Muslim values, where the father-figure is sacred… I feel a visceral need to make this film in order to be at peace with myself over all the things I never dared tell my father.”

In the village Hayat was born into, fishermen must abide by a tradition of sacrificing female children to a sea creature in order to ensure enough food to feed their families. But when her time comes, Hayat (meaning ‘life’ in Arabic) rejects her own sacrifice, irrevocably altering the powers that govern the island.

One of the most distinctive debuts to emerge from the region in recent years, Scales is compelling from the very first frame, both for its mesmerising cinematography (simple yet stunning visual storytelling, shot entirely in black and white) and for its intriguing fantasy dystopian world.

Ameen engages with the question of violence, and the power inherent in unchallenged patriarchy, with audacity. Hayat is not a conventional heroine; her coming of age story is visceral, messy and brutal. The result is cinema at its most exciting: bold, surprising and dazzling.