Three to see at LFF if you like... films from Scandinavia and the Nordic countries

Sarah Lutton recommends three hot tickets at the BFI London Film Festival: a film by an established director, a great debut and a wild card.

Ingimundur, a widowed police chief, tries to rebuild his life in the wake of his wife’s death. On extended compassionate leave from the force, he whiles his days renovating his home and spending time with his loving granddaughter. But a surprise discovery about his wife sets him off on a new investigation, and what begins as a desire to solve a mystery rapidly becomes a blinding obsession.

Icelandic writer-director Hlynur Palmason trained at the Danish national film school and has been making films in collaboration with Danish filmmakers since his graduation short film A Day or Two (2012). Palmason’s innovative first feature Winter Brothers (LFF 2017) won a slew of international film awards both nationally and internationally.

Involving many of the same filmmaking team as his first feature, A White, White Day is edited with customary elegance by Palmason’s regular editor Julius Krebs Damsbo.

This is a very original film, where landscape and time passing create a unique sense of beauty and sadness. It features a heartbreaking performance from Iceland’s finest actor, Ingvar Sigurðsson, who brings an extraordinary depth and nuance. Sigurðsson has shone in many leading roles in Nordic films, including Of Horses and Men (2013) and Jar City (2006), and will be familiar to some from his antagonist roles in Justice League (2017) and Fantastic Beasts: The Crimes of Grindelwald (2018).

His turn in A White, White Day has already garnered him an award at Cannes, and is likely to draw greater recognition as the film continues on its international run.

Ridge is a documentary-fiction hybrid inspired by the landscape of writer-director John Skoog’s native Skåne County in southern Sweden. Progressing through a series of agricultural, rural and communal scenes, the mosaic-like narrative is a collection of images and stories, many of which are based on real-life experiences.

Skoog is a visual artist working across photography, film and video. His artist’s sensibility is very much in evidence in Ridge, particularly in his framing and use of sound and colour.

His regular collaborator Ita Zbroniec-Zajt provides the ravishing cinematography, which garnered the Sven Nykvist cinematography award for her work at the film’s world premiere at the Gothenburg Film Festival. Ridge also won the top award at the Copenhagen documentary festival CPH:DOX earlier this year. It’s produced by Sweden’s Plattform Produktion, who also made Force Majeure (2014) and The Square (2017).

Boasting stunning cinematography and sound design, Ridge is an intense pleasure to immerse yourself in. Although there are strong narrative elements, it’s also very much a piece to be experienced visually and aurally. Skoog’s sound design is incredible, particularly the rhythms he creates from the sounds of farm machinery, and his bold soundtrack choices (a brash techno piece overlaid on a quiet-looking harvest-time pastoral scene is one of my favourites).

There’s an invigorating discursive element to Skoog’s work. Images and juxtapositions encourage us to think wider on the social contexts of individuals and communities; be it migrant workers arriving from Poland to work on a farm or a group of bored young lads out to make mischief with booze and a mobile phone camera. All of this is handled with the lightest of touches, but with powerful thought-provoking effect. 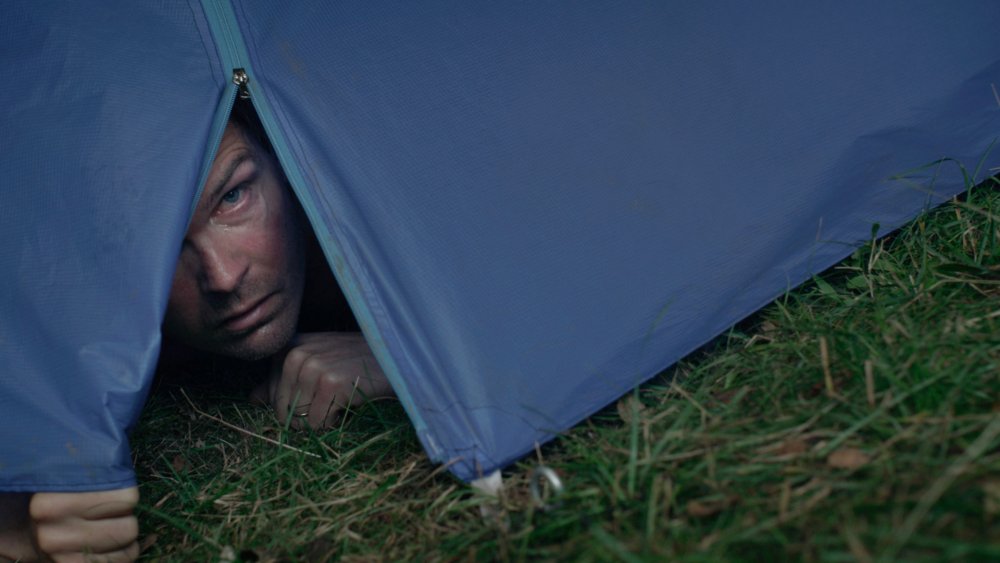 In the wake of a tragedy, a grieving couple go on a camping holiday hoping to find their way back to each other. A sinister sideshow artist and his murderous entourage emerge from the surrounding forest to terrorise them and trap the couple in a horror-laden (and at times blackly humorous) time loop.

This is the second feature from visionary Swedish director and artist Johannes Nyholm (The Giant, LFF 2016). The cast includes several actors who’ve worked with Nyholm before, including Leif Edlund who also had a minor role in The Giant. Edlund and Ylva Gallon, who play the grieving couple, and Katarina Jackson (as the nightmarish giantess) all starred in Nyholm’s 2017 short film version of the story, The Music Box.

Like The Giant, Koko-di Koko-da operates in parallel narrative worlds: a ‘real’ world, where a couple mired in emotional quicksand limp through their relationship; and also that of the nightmare where fairytale/Grimm-like interlopers continuously menace and assault the couple in a repetitive Groundhog Day-like series of sequences.

Nyholm is a master of the grotesque and the poignant. As well as being a brutal and exhilarating ride, Koko-di Koko-da is a profound and affecting film about loss and the ravages grief can wreak on a relationship. Nyholm is also an innovative technician and crafter of dark fairytales, using camera angles, editing and sound to great effect to ratchet up the tension in his stories. And this is far from a straightforward story – the narrative stalls and circles like the music box that plays such a significant role in the film. (The morbidly upbeat song ‘Koko-di Koko-da’ has its origins in a popular French children’s song about a dead rooster that can no longer sing its happy song.)