Three to see at LFF if you like... Eastern European films

Peter Hames recommends three hot tickets at the BFI London Film Festival: a film by an established director, a great debut and a wild card.

The film tells the true story of Gareth Jones (James Norton), who goes to Moscow in the 1930s hoping to interview Stalin. He subsequently makes an illicit trip to Ukraine, where he uncovers the truth about Stalin’s state-sponsored famine, but the British establishment is unwilling to accept his discoveries.

Polish director Agnieszka Holland has been responsible for many acclaimed films. Apart from early classics such as A Woman Alone (1987), she has pursued an international career that has included films as diverse as Europa, Europa (1990), The Secret Garden (1993) and Washington Square (1997). Her most recent Polish films have included In Darkness (2011) and Spoor (shown at the London Film Festival in 2017).

Gareth Jones’s reports are reputed to be the basis for George Orwell’s Animal Farm. American screenwriter Andrea Chalupa, who was inspired to write the screenplay by her grandfather’s memoirs, discovered that Animal Farm was translated into Ukrainian as early as 1947 and distributed among Ukrainian refugees in Germany.

While shooting some of the film’s most powerful sequences in Ukraine, the team discovered women who had survived the famine – an event that was never talked about. Apart from its powerful central performance and committed direction, the film makes a powerful case for the role of independent journalism.

A political thriller – although this one is genuine.

Inspired by Nobel prizewinner Svetlana Alexeivich’s The Unwomanly Face of War, Kantemir Balagov’s film tells the story of two women, united by their wartime experiences, who try to build a new life in a post war Leningrad traumatised by the Nazi siege, the effects of which are imaginatively conveyed through the characters’ behaviour.

Beanpole is the second feature by 27-year-old Kantemir Balagov. His first film Closeness was a major success at the 2017 Cannes Film Festival and Beanpole followed this year with two awards at the festival. He studied under Aleksander Sokurov (Russian Ark, 2002) who, he says, taught him the importance of literature. He is an admirer of Russian, French and Italian film.

The film features two extraordinary performances by drama students Viktoria Miroschnichenko as Iya and Vasilisa Perelygina as Masha. Iya suffers from post-concussion syndrome, a condition that results in unpredictable freezing trances. The relationships between the two women, one apparently passive, the other more controlling reveal, as Balagov puts it, “the consequences of war in their faces and eyes”.

Their intense psychological confrontation recalls the Bergman of Persona (1966) and Cries and Whispers (1972), although the similarities are almost certainly a coincidence. The film’s expressive red/green colour and Ksenia Serena’s sophisticated cinematography evoke strong painterly comparisons. 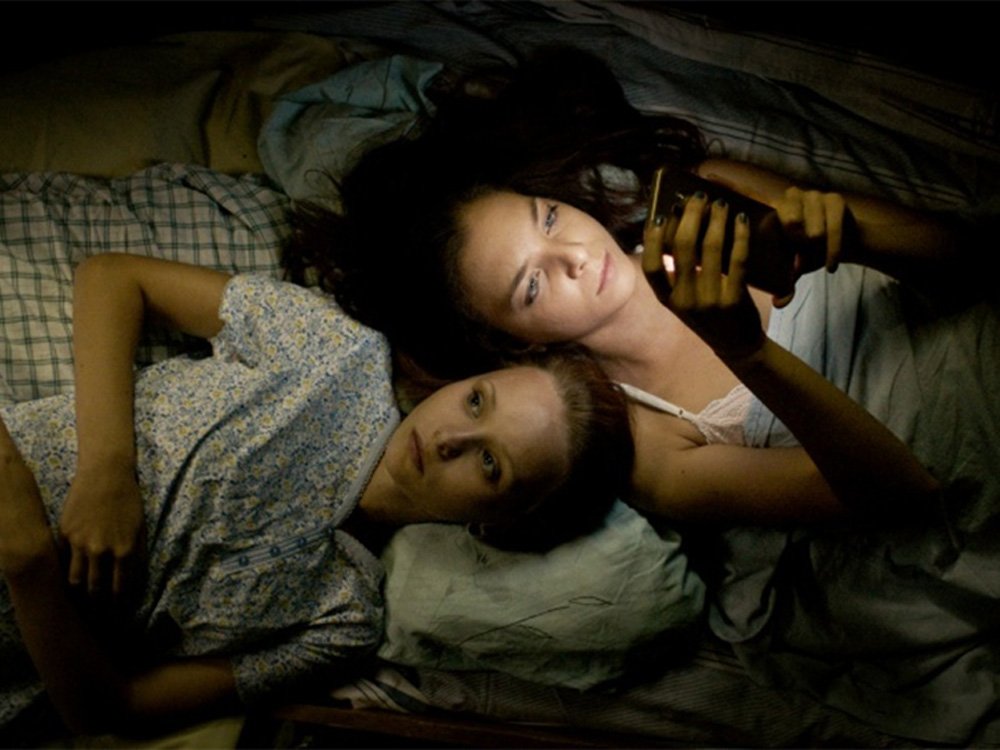 Set at a wayside stall in a small town in Bulgaria, teenage Rajna (Monika Naydenova) habitually makes up stories to impress the customers. However, when her stories invade reality, they lead to a progression of dramatic events that unveil hidden truths about both her family and society.

Sister is the second feature by Svetla Tsotsorkova, whose first feature Thirst was shown at the BFI London Film Festival in 2015 and nominated for a European Film Academy award in 2016. She has also worked extensively as an actress and producer and is one of a new generation of female directors beginning to emerge in Bulgaria.

Tsotsorkova’s films are based on her own childhood experiences growing up in rural Bulgaria where, as she puts it, verbal communication is restricted to what is necessary and not much happened. Sister, she says, grew out of her own capacity to invent stories and is “a confession of love to those who live an unnoticeable life”.

The film is remarkable for its unusual narrative, careful composition and a striking performance by the non-professional Monika Naydenova as Rajna, who Tsotsorkova first discovered for the lead role of Thirst.

Thirst, Ken Loach or early works by Miloš Forman, such as A Blonde in Love (1965).