With 116 short films screening at this year’s Festival, we asked our shorts programmers to highlight one film each that particularly grabbed their attention. 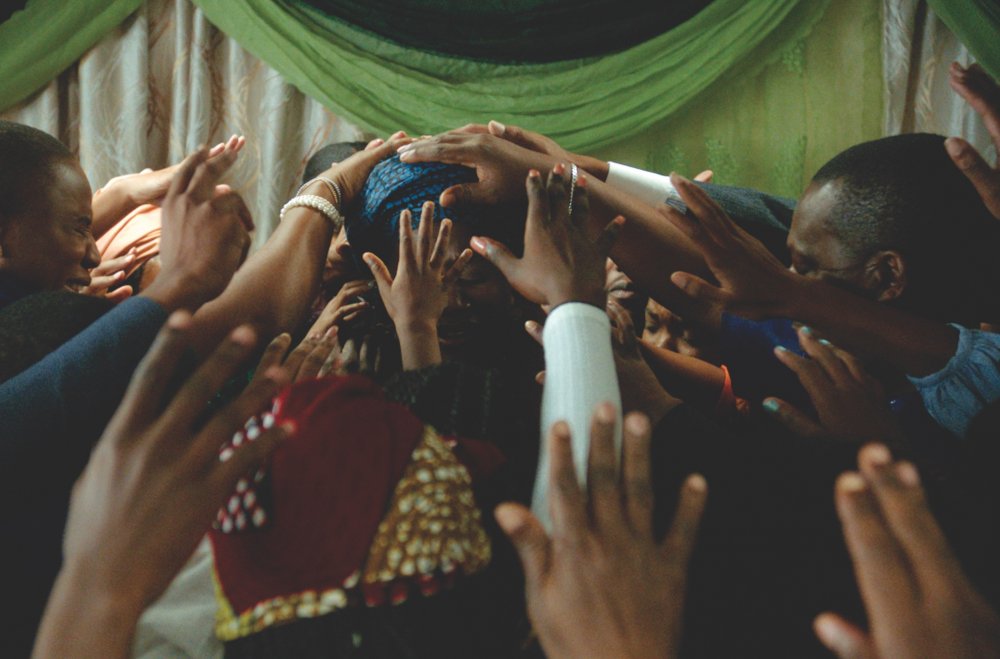 Tomisin Adepeju’s Appreciation is a truly London film, portraying the importance of faith and family in an African community. In this beautiful representation of the contours of life, a Pentecostal pastor is revived with the help of her congregation.

The rhythm of this film goes beyond the jubilant music; it’s interwoven through broad, sometimes trying, personal interactions and cultural understandings. With joyous colours and rich sounds, emotion is conveyed so vividly that you feel every beat. Special mention is due to DoP Olan Collardy for his luminous, tactile imagery, purposefully working with an all black cast. 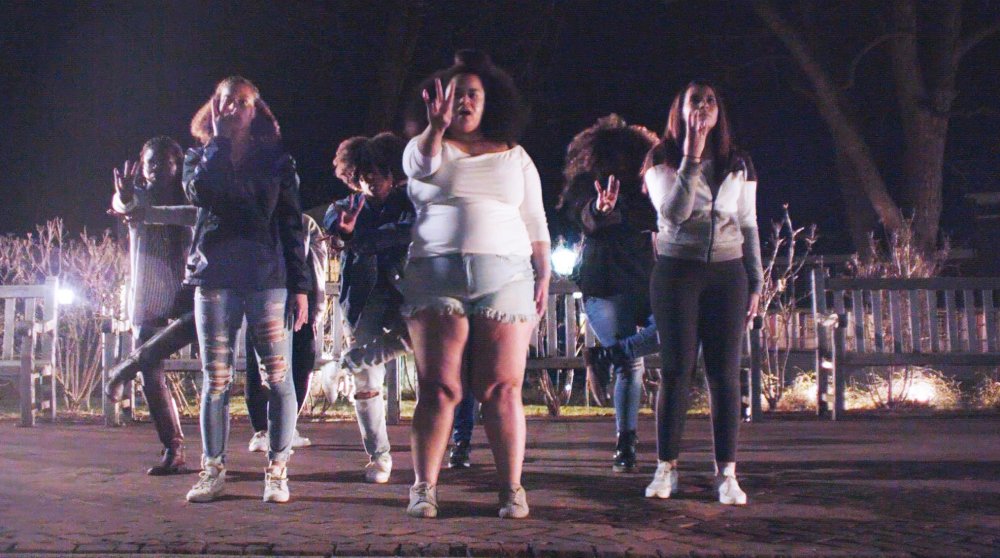 This radical and exuberant film, which was nominated for a Tiger Award at International Film Festival Rotterdam, is the latest in a series of collaborations by the prolific Kevin Jerome Everson, a regular of LFF Experimenta, and his academic colleague, Claudrena Harold. Their works, made with their students at the University of Virginia, Charlottesville, are re-enactments of significant moments in black history.

Choosing not to use the usual bus stop, populated by mainly white students, the black bus stop is both a refuge from institutional racism and a party space. In this film, as the day closes and the moon rises, today’s students reclaim the ground of past resistance though dance, song and political debate. 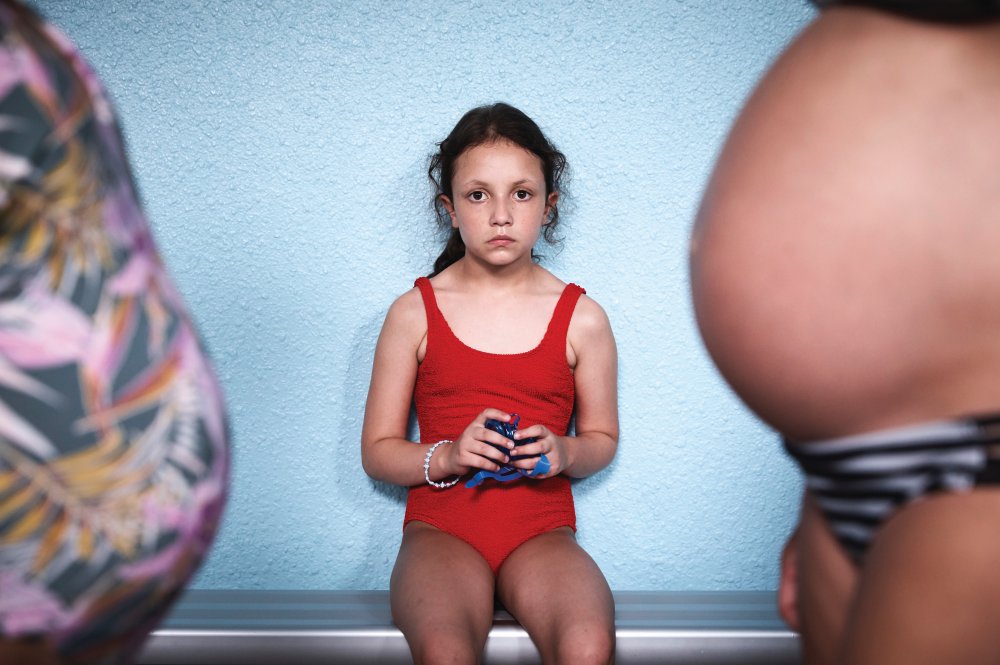 In Chlorine, Beth and her 11-year-old daughter Keira struggle in their daily lives. Keira frequents the local swimming pool to steal money to support the family, and desperately tries to hold on to a close relationship with her mum.

Director Melissa Anastasi beautifully portrays the evolution of the fraught yet strong bond that Keira and her mom share. The film succeeds in presenting the two as multidimensional protagonists that defy easy characterisation as good or bad. The result is a rich look at the complexities of parenting in difficult circumstances, and the challenge of being responsible for another human being when life’s demands can be hard to handle.

Keep Breathing has an overall sheen that belies its dark subject matter. This is a world of suburban club nights and drunken one-night stands to escape the boredom of a nine-to-five office routine. It’s a world that millions across the country can identify with. Director Mark Corden’s work in TV (as assistant director on the likes of Holby City and Doctor Who) brings a natural gloss to those familiar locations – the office, the club, the back of a taxi – while imbuing the key scenes inside a lift with a tense claustrophobia that’s fit to burst.

Lead actress Emmeline Hartley (also the co-writer and producer of the film) gives a pitch-perfect, understated performance that treads a fine line between victim and survivor. This two-hander chamber piece also features a charismatic performance from Damien Molony (TV’s Brassic and Gameface) and a deceptively upbeat score from Summer Camp’s Jeremy Warmsley. 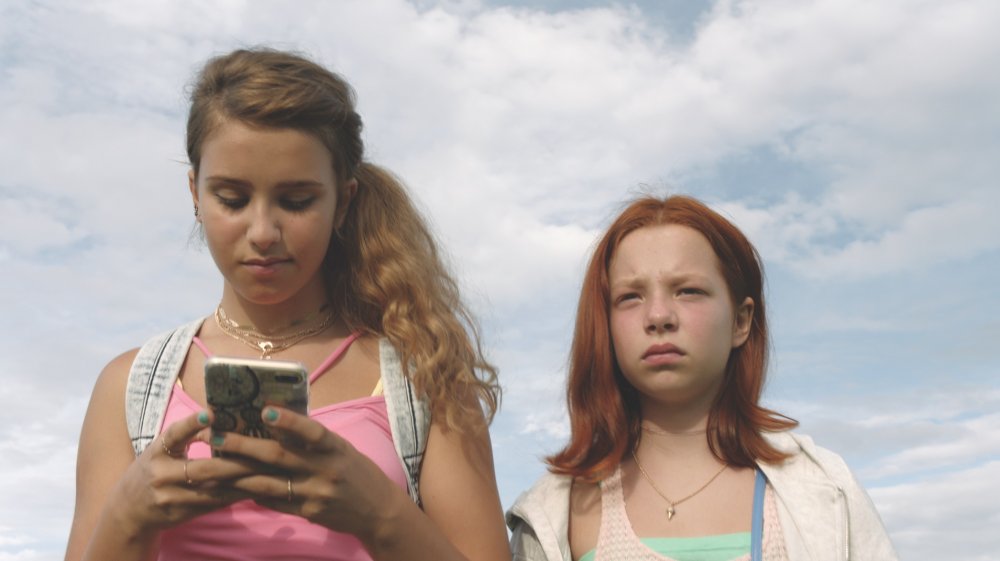 There’s a special talent needed for capturing kids on film; their wide-eyed naivety and wonder conjured by the Spielbergs of the world. After all, kids are innocent. Right?

In The Lamb, we follow Cvita, Megi and Dan on a summer day. There’s juvenile flirtation (a punch on the arm), misbehaviour (an illicit cigarette) and the palpable awkwardness of boys and girls together. Dan has something special to show them in a run-down building on the edge of town. At first the girls are scared, but once a threshold is crossed, silly games become something much crueler. Director Nina Violić disturbs and hypnotises in this captivating short, and makes the banality of evil nothing more than an app on a pre-teen’s phone.

A Line Was Drawn 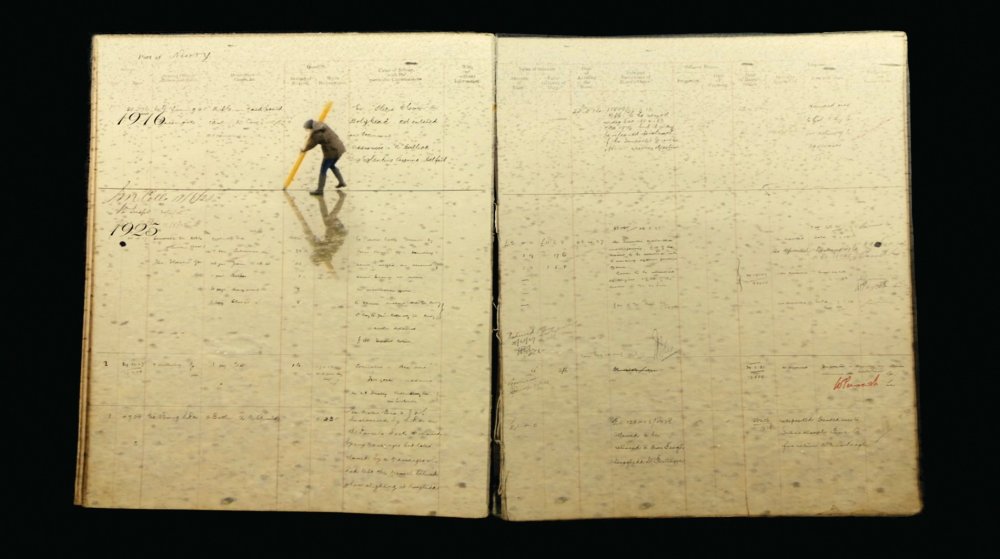 Footage of Scottish dance artist Tess Letham performing in the Outer Hebrides contrasts with pages from General Register of Seizure 1867-1934 from the Public Records Office in Northern Ireland. A comical list of goods seized (“four pairs of socks”) from the border expresses the absurdity of control. After all, where a line is drawn, a line can be crossed too.

I really enjoyed this imaginative reflection on the negative effects the ‘screwface’ can have on our lives’ and its contribution to toxic masculinity. The filmmakers have created an aesthetic that recalls everything from grime videos to Nike ads to produce something that’s not angry, rather nostalgic, with beautifully framed shots of an estate and its many spiralled stairways.

Serious Tingz treads a fine line between humour and a more poignant message. Simple yet effective, it’s only three minutes long but is guaranteed to get you smiling. 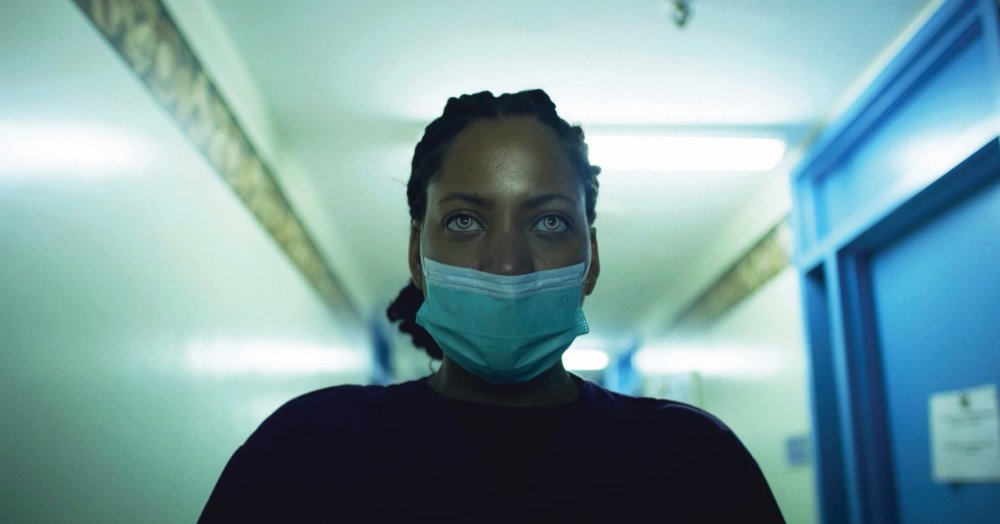 Would you know if vampires walked among us? Through Valentina, a paediatric nurse and mother to estranged daughters in New York City, Suicide by Sunlight explores the notion of vampires living human lives.

Selected for its world premiere at Sundance, Sierra Leonean-American filmmaker Nikyatu cites influences from African-American science fiction author Octavia Butler as well as vampire mythology from West Africa and the Caribbean. Set in a parallel world, where black vampires are protected from the sun by their melanin, Suicide by Sunlight is a fresh take on the genre. Valentina breathes life, caring for children in the hospital in the day, and by night visiting dimly lit clubs filled with alluring participants wanting to be bitten.