With 160 short films screening at this year’s Festival, we asked our shorts programmers to highlight one film each that particularly grabbed their attention. 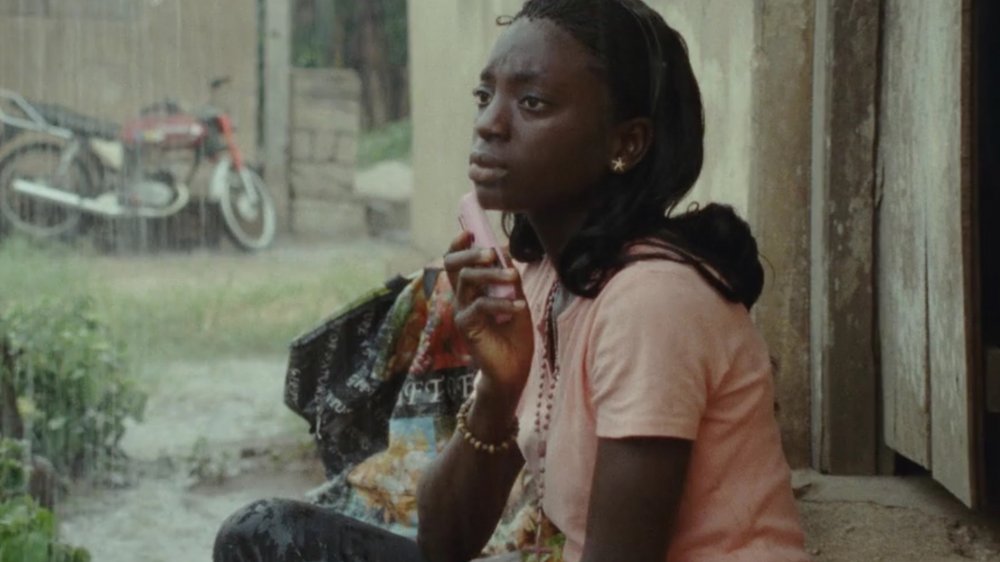 Chuko Esiri began his career in film production in his native Nigeria before moving to New York to study at NYU Tisch. In Besida, his second short film as director, he returns to Nigeria’s rural south for a powerful drama of small-town gangsters, a jealous brother and sudden violence.

Esiri’s film is also a pastiche of what has been dubbed ‘Nollywood’, with a tale of a family in crisis and how crime can look like a way out of poverty. Among the remote huts of the Itsekiri tribe, BMWs and Mercedes prowl to pick up young women to take them to the big city, but Besida’s brother knows what’s in store for her if she goes with these pimps and gangsters. 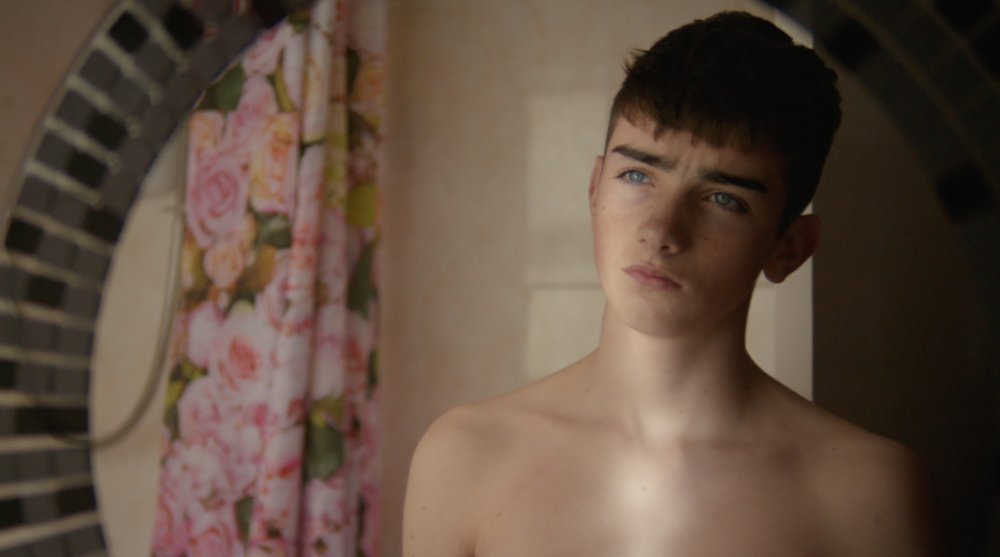 Young desire has always been part of cinema. Young queer desire has not. We are still told stories that hinge on consummation, and the violence or rejection that follows.

Boy Saint, by director Tom Speers, has neither violence nor rejection. Nothing is consummated for that matter, either. It’s a story about male friendship and adoration, of joyous youth, a slick and swooping poem that’s hazy like memory but recalls every ‘first time’ as if it just happened.

Remember when you looked into someone’s eyes and saw something divine? In seven short minutes, Boy Saint conjures that feeling all over again.

Casting Through and Scenes from Radcliffe 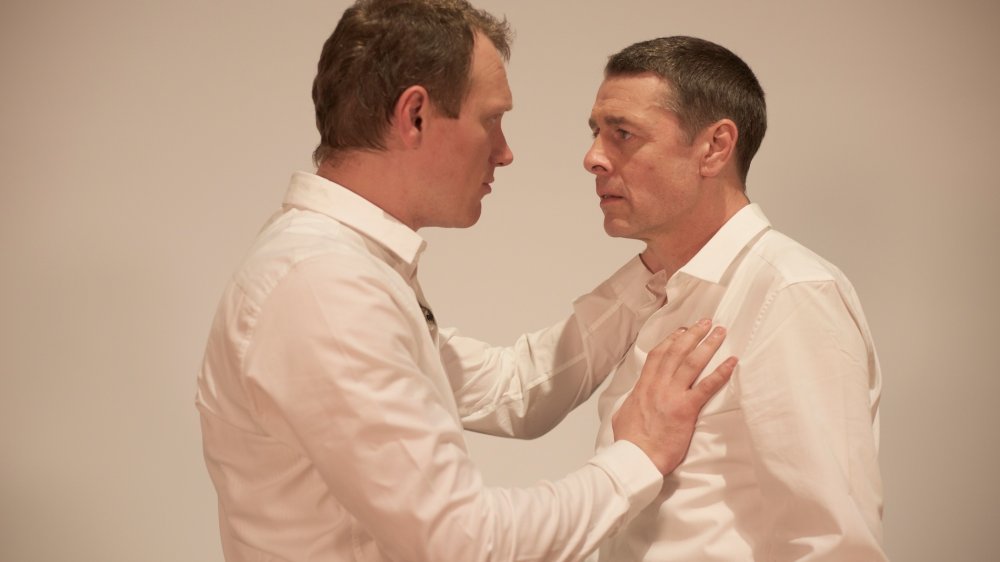 Stephen Sutcliffe has long been known for his ironic investigations of the lives and behaviours of British celebrity and literati, as well as his well-tuned ear for pomposity and coded class consciousness.

Casting Through and Scenes from Radcliffe was produced for an exhibition called Sex Symbols in Sandwich Signs last summer at the Talbot Rice Gallery in Edinburgh. Guardian reviewer Jonathan Jones said the exhibition should have won Sutcliffe the Turner Prize… had he even been nominated. 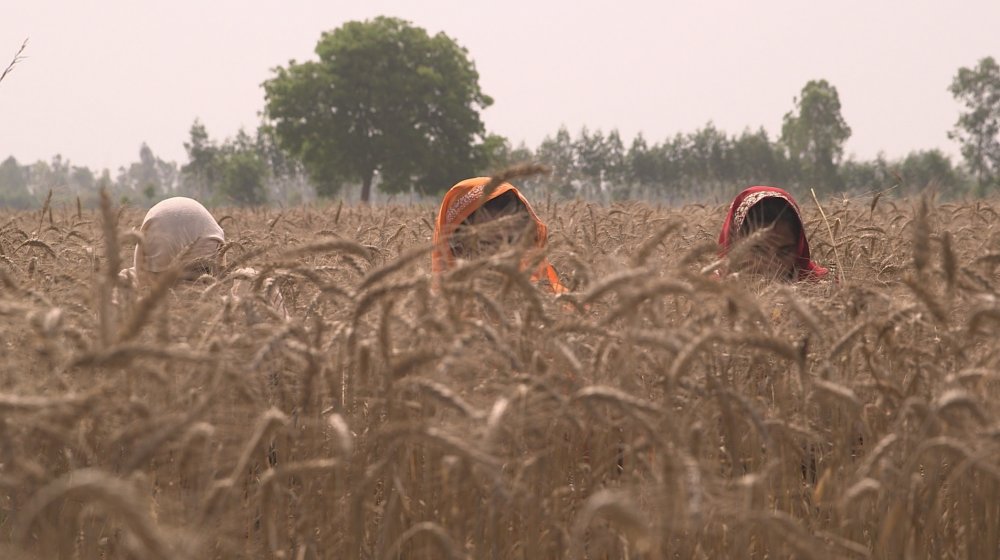 In the confines of a remote Indian village, a gang rape takes place. Thirteen-year-old Khushboo faces the horror of a crime orchestrated by her own grandmother, while living in a household of women. In the midst of her arranged marriage, the camera glimpses a strengthening of spirit, the testimony of a young woman trapped in a circle wanting to be broken.

Filmed over three years, this poignant and personal documentary uncompromisingly exposes generations of systematic sexual violence against women, with its silent moments the most haunting. Jayisha Patel’s previous films have screened at Berlinale, TIFF, Sundance, Locarno and the New York Film Festival. 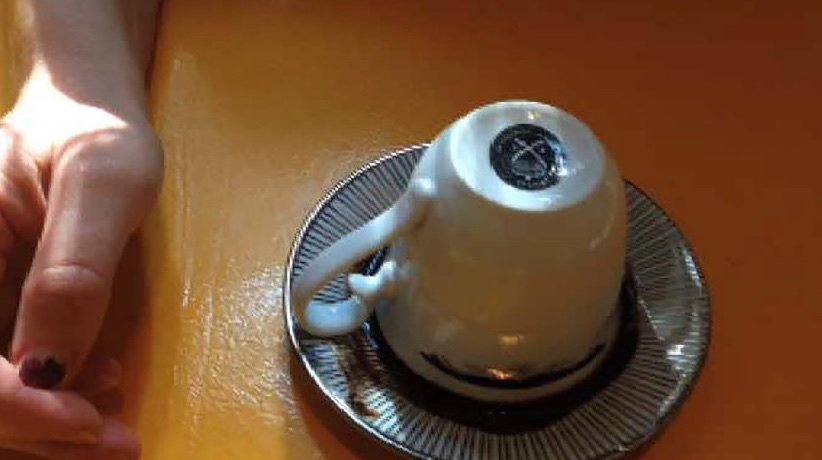 Here, we adventure across Europe and the Middle East, through a range of genres from detective stories to dance, experiencing pleasures and pains in the search for love and meaning. Far from being exclusionary, her work teems with cinematic and sonic pleasures. Her manipulations of new and existing imagery coupled with her unique wordcraft draw us into a whirling world of ideas and images. 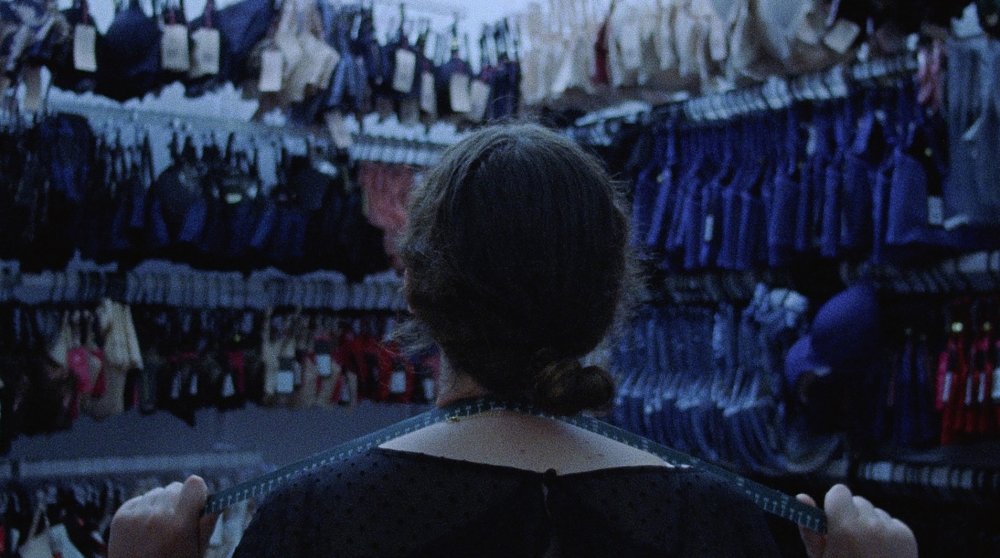 In a fitting room, a mother and a shop assistant try to find a bra that will fit her post-mastectomy.

A close-up and intimate film, Fitting speaks with feminine understanding, without unfairly exposing its subject or creating something twee and artificial. The mother is not defined by what she has lost, and director Emily Avila show how things that might seem so simple to an onlooker can be the times in which we are most vulnerable. It’s in these moments that a kind word or touch can make all the difference.

Avila is based in Brisbane, and this is her second short since starting to direct in 2016. She is also the artistic director of Heart of Gold, one of Australia’s largest international short film festivals. 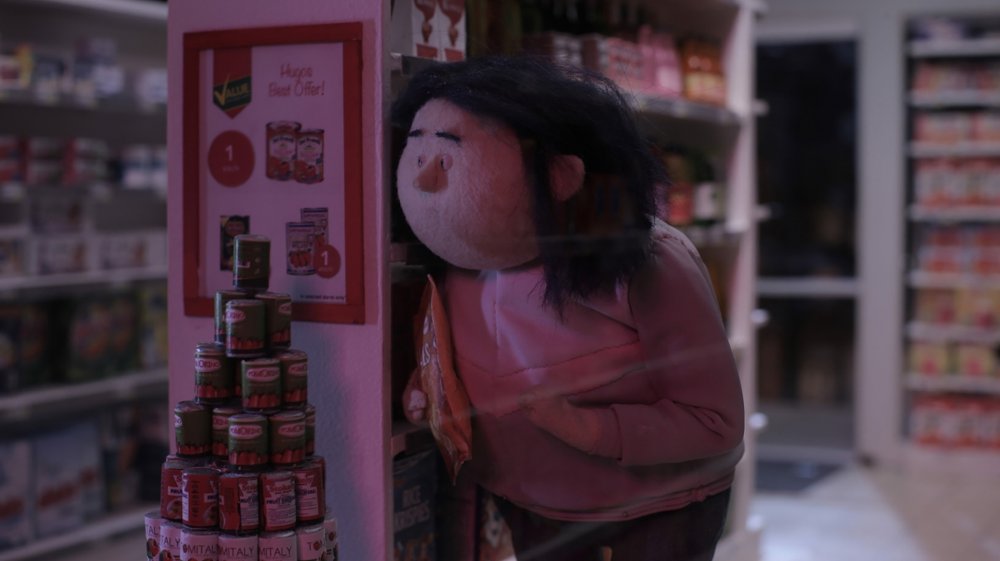 Anna Mantzaris’s Royal College of Art graduation film Good Intentions shows what happens when guilt takes over our lives, hinders judgment and paralyses actions. While the director chooses to focus on an extreme situation, a hit and run, the feeling of overpowering guilt, irrational behaviour and that uncontrollable suspicion that everyone around knows about our mischievous deeds will be familiar to many of us.

With her signature style of mixing humour and horror, Mantzaris teases out the idea that facing the ugliest truth can be a much better way out than descending into agonising thoughts and obsessions. 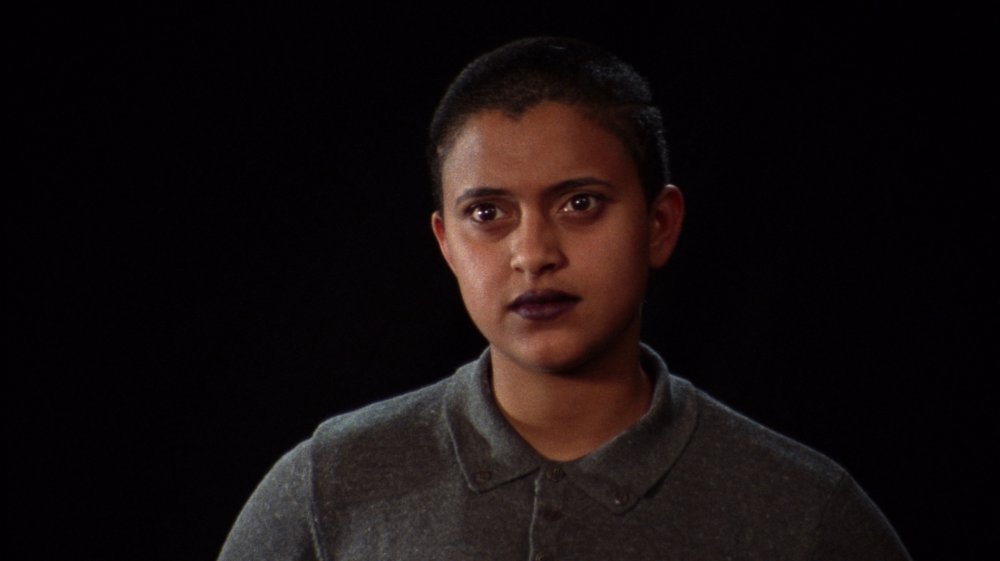 In a time in which decolonisation plays a vital role in deconstructing image
appropriation, exoticism and otherness, moving image and performance artist Michelle Williams Gamaker ingeniously attempts to address the gaps in representation created by the ‘fiction machine’ of 1940s British cinema.

Recasting the role of Kanchi from Michael Powell and Emeric Pressburger’s Black Narcissus (1947), but auditioning only Indian expat or first-generation British Asian women and non-binary individuals, House of Women offers a close-up on controlled colonial visions, subsequently restoring and centralising the marginalised brown character. This forms part of the filmmaker’s trilogy, Dissolution. 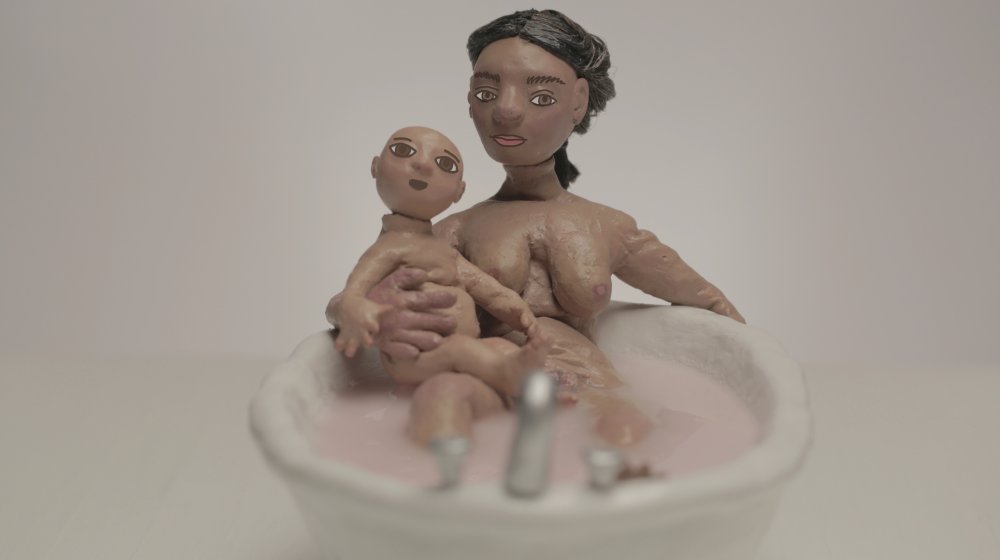 Unexpected conversations about contraception and sexual responsibility need never be heavy-handed again… just see how deftly these animated characters can do it!

Set in an Airbnb apartment, this sweet stop-motion film is director Emily Ann Hoffman’s deep dive into the emotional waters of unprotected sex. Zoe and Eli are twentysomethings treading carefully around their feelings about parenthood. Plasticine sex aside, this is an animation of minute proportions yet profound in its lighthearted conscience.