Alex Davidson recommends a handful of some of the best queer cinema to explore at this year’s Festival. 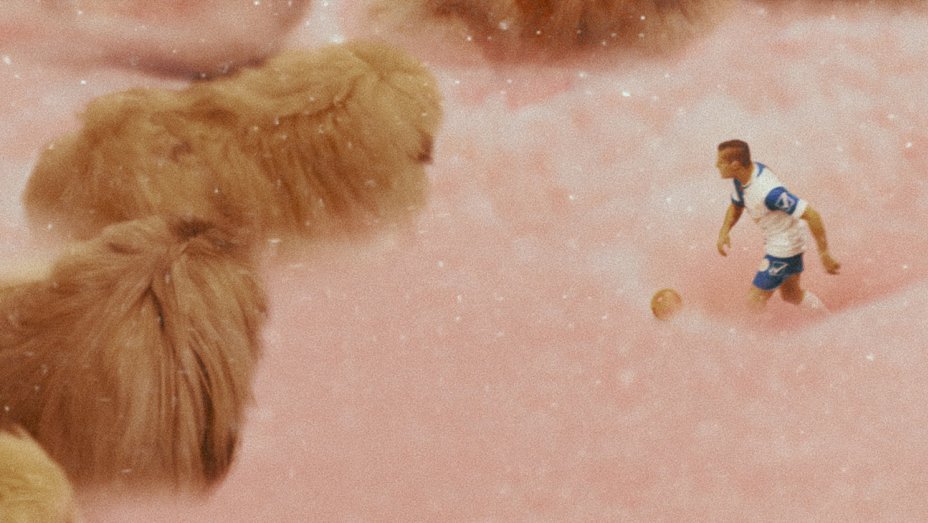 While this one-of-a-kind film, complete with giant puppies scurrying through dunes of candy-coloured powder to interrupt a football match, has been programmed under the Experimenta strand, this is an accessible, often hilarious satire that’s infused with queer mischief.

Carloto Cotta plays Diamantino, Portugal’s top footballer (which real-life star could he possibly be based on?). He’s cute but dim, and finds himself at the mercy of monstrous twin sisters and at the centre of a corrupt plot to put pressure on Portugal to leave the EU. Plus, the boy refugee he has taken into his home may actually be a lesbian with duplicitous motives of their own.

It sounds mad, and it is, but it’s ludicrous good fun, and Cotta is wonderful in the role.

“Diamantino pulls off a rare and delightful feat. It is imaginatively strange, but has a heart big enough to make sense of the insensible” – Sophie Monks Kaufman, Sight & Sound

Gay films from Slovenia are few and far between, and this punchy drama about Andrej (Matej Zemljič), a teenager who is sent to a youth detention centre and who soon falls for a charismatic inmate, brings a tough sensibility to its ambiguous romance. The viewer cannot be quite sure until the closing moments whether Andrej’s feelings are reciprocated – are the two boys falling in love, or is Andrej being used for more sinister ends?

Zemljič gives an impressive performance as the central character, and the film makes great use of Ljubljana locations and Slovenian and Serbian hip-hop, adding a fresh realism to its tale of troubled young lives. The gay storyline gives a welcome new angle to its critique of Slovenian social and criminal institutions, and marks director Darko Štante, who makes his feature debut here, as one to watch.

“The young actors, especially Zemljič and [Timon] Šturbej, confidently build characters that are both instantly recognisable and increasingly ambiguous as the story goes on, while the chemistry between them is infused with remarkable nuance” – Vladan Petkovic, cineuropa.org 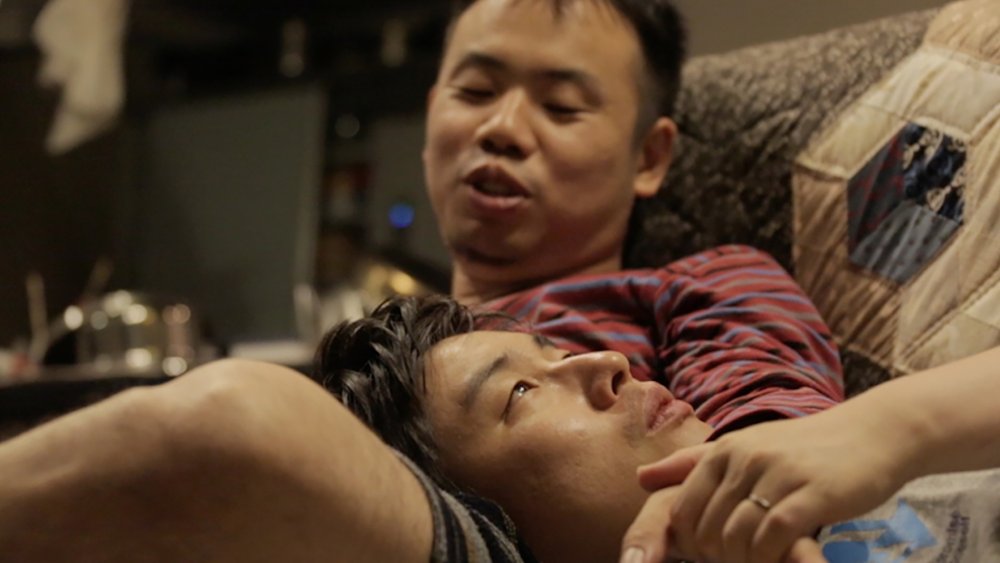 It’s hard not to love Fumi and Kazu, the gay human rights lawyers who are the subject of Hikaru Toda’s playful yet powerful documentary. The couple are not only bravely supporting queer rights in a traditional, conservative society, but they also exhibit an endearing goofiness – witness their awkward skit at a gay parade near the beginning, or the cheesy anthem Fumi composes for his partner.

But it’s their legal cases that make this film so gripping, from undocumented minorities fighting for recognition to a teacher who is prosecuted for not singing the national anthem.

Rokudenashiko steals the show, an artist who faces obscenity charges for her irresistible vagina art, including a jaw-dropping vulva-tastic recreation of the Fukushima Nuclear Power Plant. 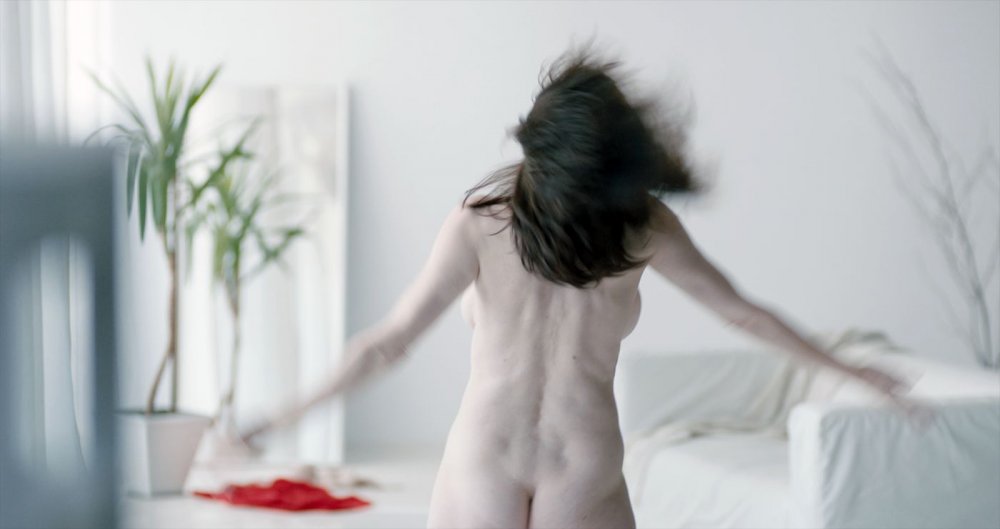 Overlapping into this story, Romanian director Adina Pintilie follows the lives of charismatic, differently abled characters, who talk candidly about their sexuality.

Although many of the characters would not identify as LGBT, there is a definite queerness to their attitudes towards sexuality. Its riskiness paid off at the Berlin Film Festival, where it took home the top prize, the Golden Bear.

“As fascinating and original as Pintilie’s approach to recounting intimacy is, it never turns voyeuristic, even while it abounds in full-frontal nudity” – Deborah Young, The Hollywood Reporter 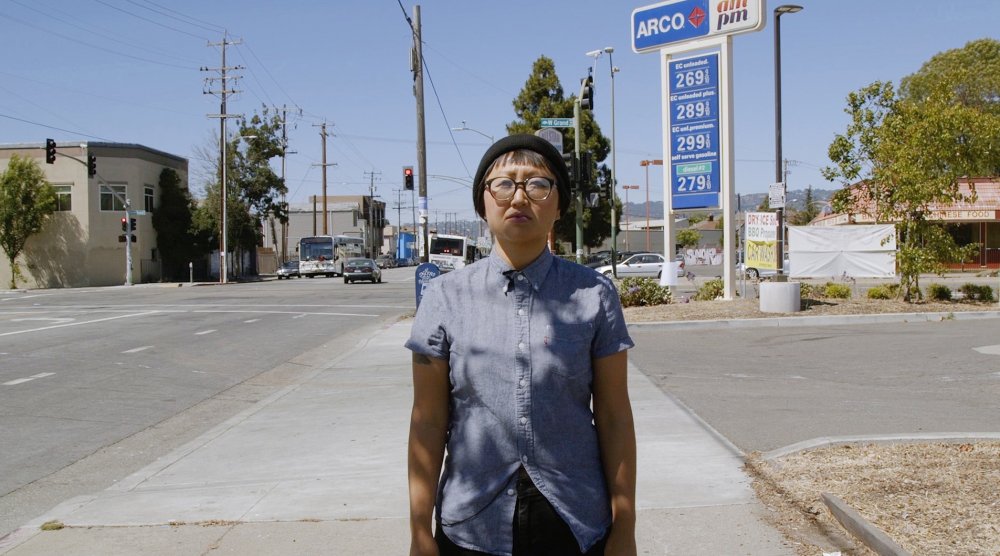 The idea behind this arresting documentary, shot across the US, is deceptively simple. Director Irene Lusztig films women reading – to camera – letters sent to Ms, the pioneering feminist magazine, in the 1970s. They then give their thoughts on the letter, offer sometimes barbed opinions about the intentions of the author, and muse on what has and hasn’t changed.

Among those interviewed are lesbians, non-binary and trans people, who give strong testimonies (one of the gay women is actually the author of the letter she reads). Similarly, black women in the current day consider the white privilege of the writers in the 1970s.

It’s an invaluable document of contemporary attitudes and a fascinating comparison of feminists distanced by over four decades.

“Lusztig’s camera is still; her takes, unhurried; her shots, simply framed; and her locations, unremarkable. This very ordinariness underlines the extraordinary dialogue she’s created between the past and the future of feminism”  – Lucy Laird, frameline.org