From The Dirty Dozen to Point Blank: a selection of some of the best films featuring Oscar-winning tough guy Lee Marvin. 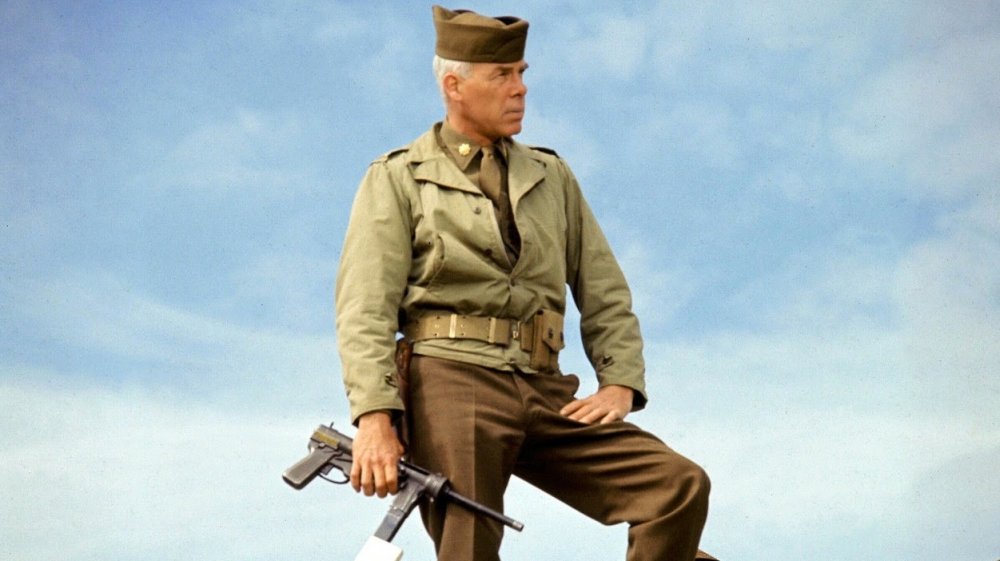 Lee Marvin’s tough-guy persona and well publicised, often alcohol-fuelled, off-screen antics belied his sophisticated understanding of the changing dynamics of Hollywood in the second half of the 20th century. This enabled Marvin, who was born in New York in 1924, to ride two of the movie industry’s key transformations during this time: shifting expectations of what constituted a leading man and a growing acceptance of violence in cinema.

The impact of violence on human emotions, which Marvin explored in many of his on-screen characters, was fundamental to how the cinema-going public viewed him, from the start of his career in the early 1950s to the peak of his success in the late 60s. While Marvin could act, it is tempting to suggest that he often infused his characters with his real-life experience, including a complicated relationship to his family of birth and the trauma of his service as a US marine in the Pacific during the Second World War, which included being wounded in the battle for Saipan.

Years of heavy drinking and a two-pack-a-day cigarette habit saw the man who epitomised masculine cool die well before his time, at the age of 63 in 1987. He left behind a popular and highly regarded body of work. 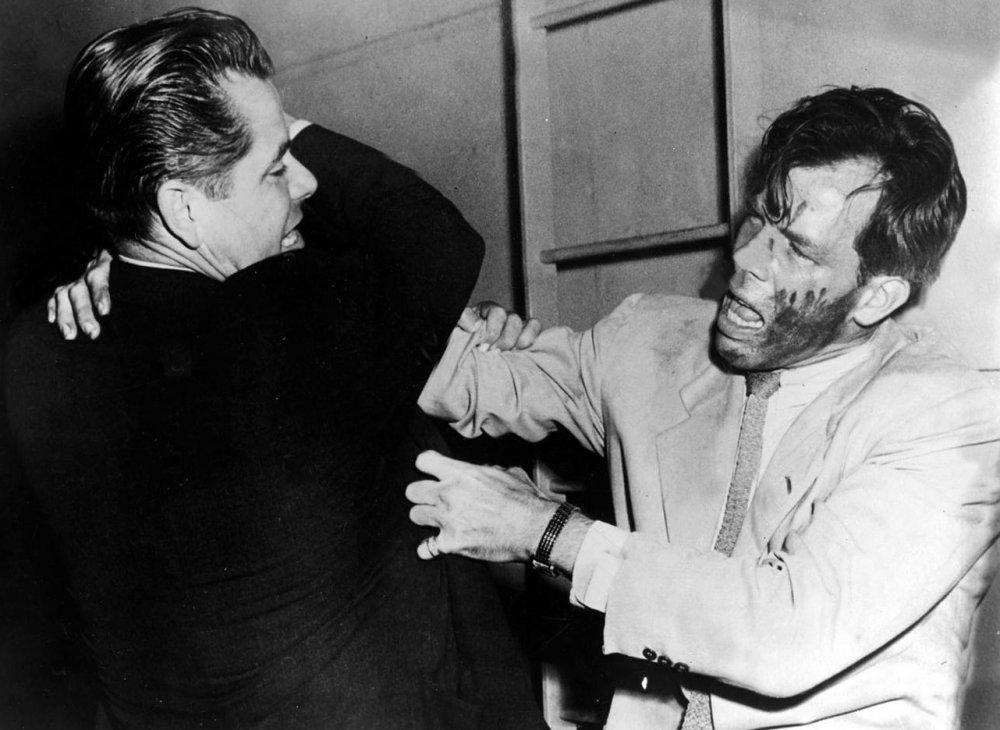 The plot of Fritz Lang’s powerful noir focuses on a crusading cop (Glenn Ford) determined to take down the powerful mob boss responsible for killing his wife. The film belongs to Gloria Grahame as Debby Marsh, the girlfriend of mob enforcer Vince Stone, played by Marvin. The most memorable scene, in which Stone disfigures Debby by throwing scalding coffee in her face, is still shocking today and was key to establishing Marvin’s hard-as-nails screen persona, leading one critic to dub him “The Merchant of Menace”. 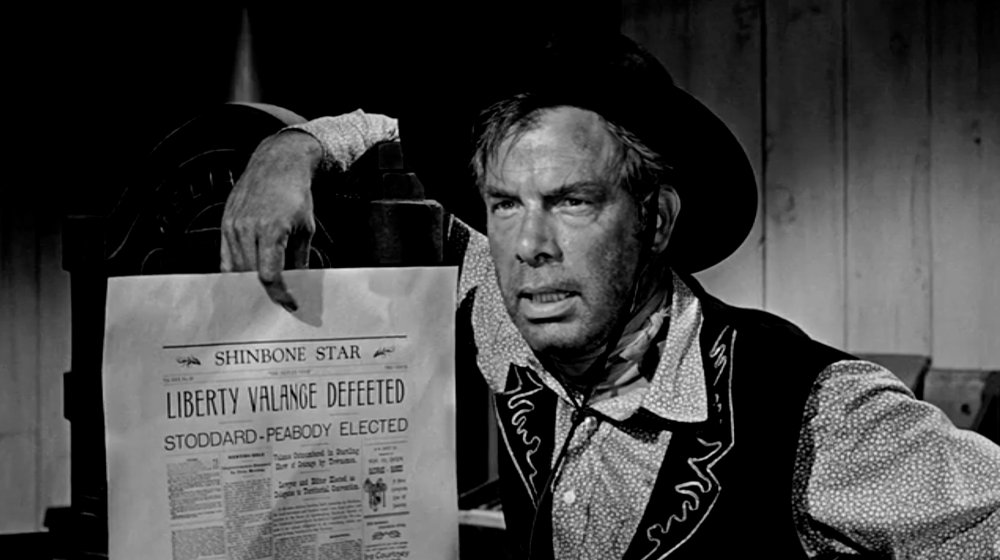 Probably the best known of Marvin’s many westerns, John Ford’s elegiac small-town parable is set in the American west when it was at the crossroads between frontier justice and the rule of law. As the vicious outlaw Liberty Valance, Marvin proved he could more than hold his own against the more famous screen names, John Wayne, James Stewart and Vera Miles. 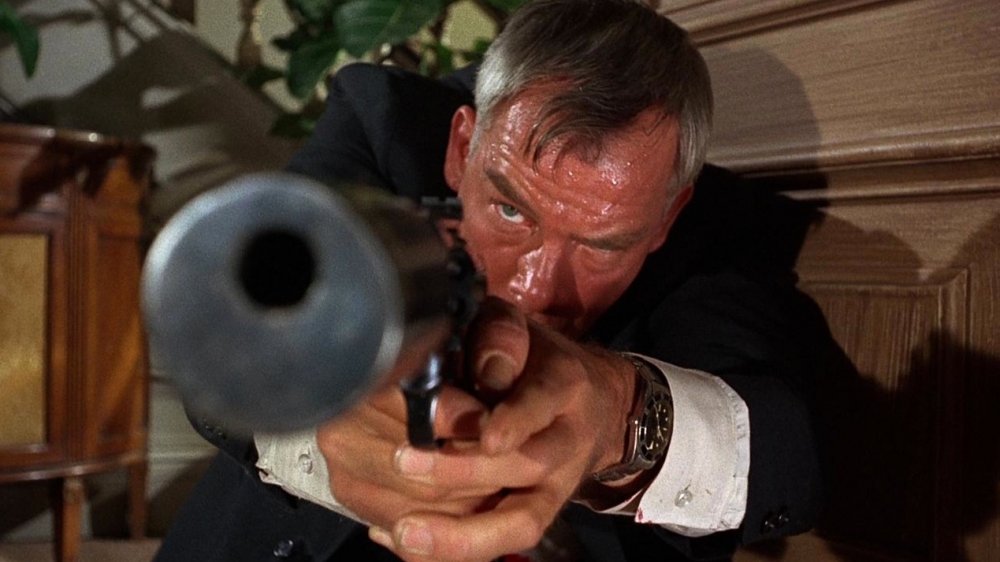 Don Siegel’s adaptation of Ernest Hemingway’s short story replaces the tactile, classic feel of the 1946 black-and-white film noir version with a wonderfully garish pulp vibe. Marvin is excellent as an old-school hit man, Strom, who, with his young protégé Lee (Clu Gulager), is obsessed with finding the truth behind the fate of a washed-up racing-car driver (John Cassavetes) they have been paid to kill. A wonderful supporting cast includes Angie Dickinson as the conflicted femme fatale and Ronald Reagan in his last big-screen role. 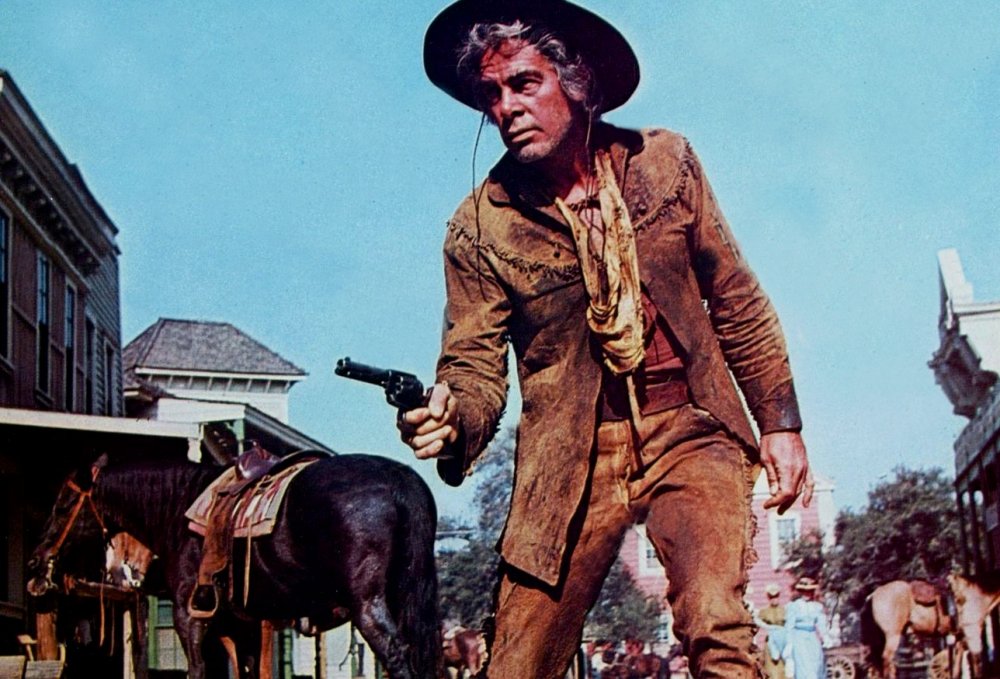 Marvin’s body of film work included numerous comedies, the best known of which is this comic excursion to the Wild West. A naive young woman (Jane Fonda) employs a gunman to avenge the death of her rancher father at the hands of a ruthless company that wants his land, in the process becoming a wanted outlaw herself. Marvin picked up an Oscar for best actor for his dual portrayal of the shambolic, alcohol-soaked gunman Kid Shelleen and his mysterious black-clad nemesis, Tim Strawn. 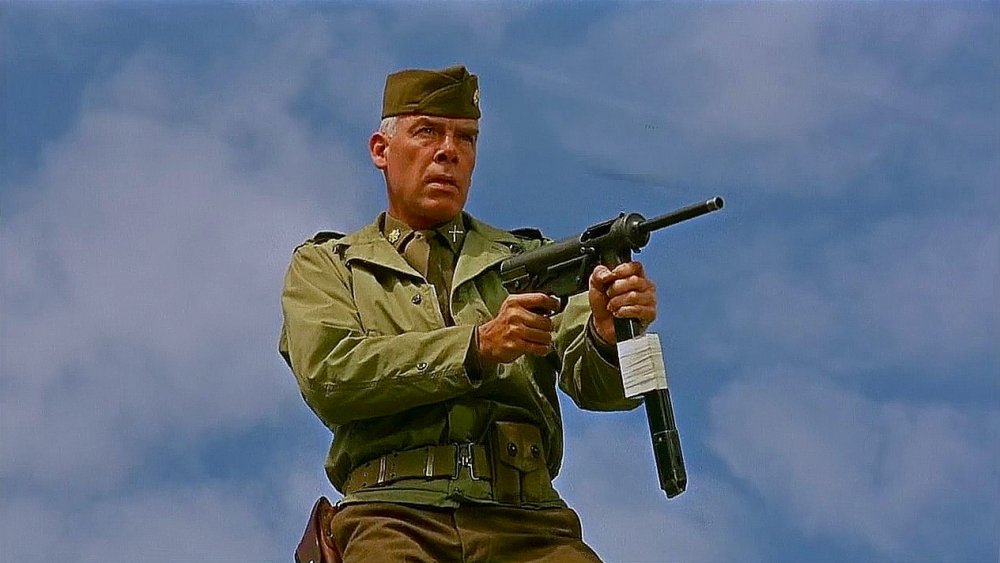 While The Dirty Dozen’s gleeful violence partly obscures director Robert Aldrich’s intention to make an anti-war allegory for the conflict in Vietnam, this remains one of the key revisionist war films of the 1960s. Amid an all-male cast including Jim Brown, Telly Savalas, Ernest Borgnine, Charles Bronson, John Cassavetes and Robert Ryan, Marvin dominates as the hard-arsed Major Reisman, given the mission of whipping a bunch of US army criminals into shape so they can be parachuted behind enemy lines to attack an R&R base for German officers. 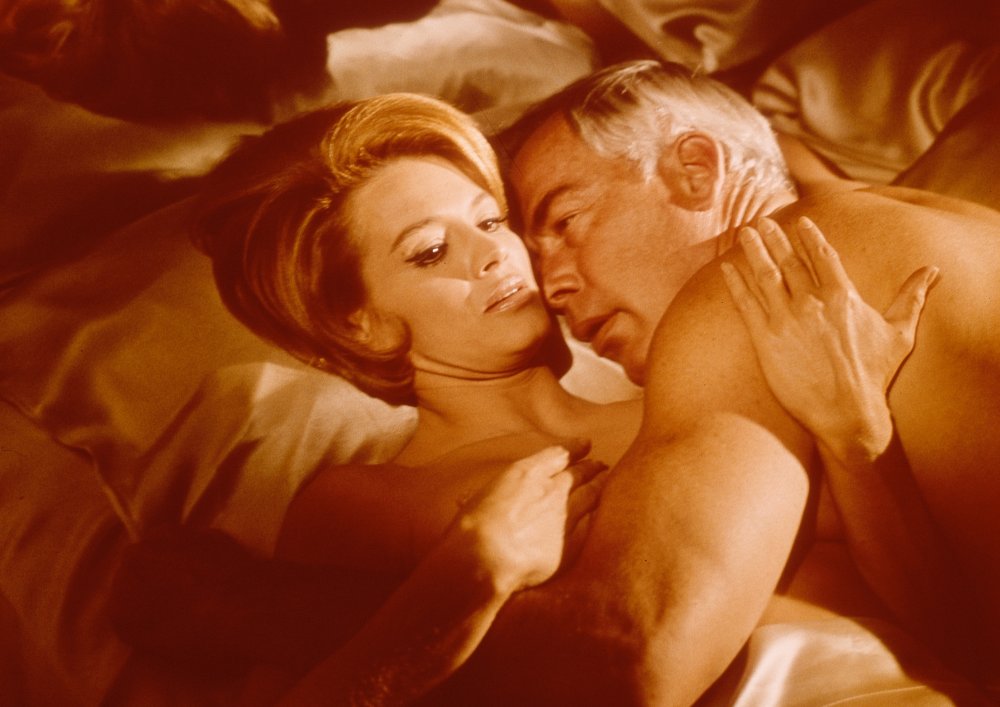 In this classic colour noir based on the cult novel by US crime writer Donald Westlake, Marvin is excellent as Walker, a mysterious criminal who, double-crossed after a heist, sets out to retrieve his share of the take and, in the process, goes up against San Francisco’s ruling crime syndicate. Directed by John Boorman, Point Blank can be seen as an Englishman’s interpretation of late-60s California as much as a hardboiled revenge film. Marvin’s Walker is an almost ghostly figure navigating the bright lights and criminal depths of America’s west coast.

Marvin stars as a shot-down US Air Force pilot who is marooned on a remote Pacific island with a Japanese navy captain (played by Toshiro Mifune, also a real-life veteran of the Second World War). They engage in a bizarre battle for survival that mirrors the larger conflict around them. The film’s stripped-back narrative, highly imaginative approach and, at times, almost hallucinogenic feel sadly left audiences and most critics cold. It was a pet project of Marvin’s and he was reportedly devastated by its failure. 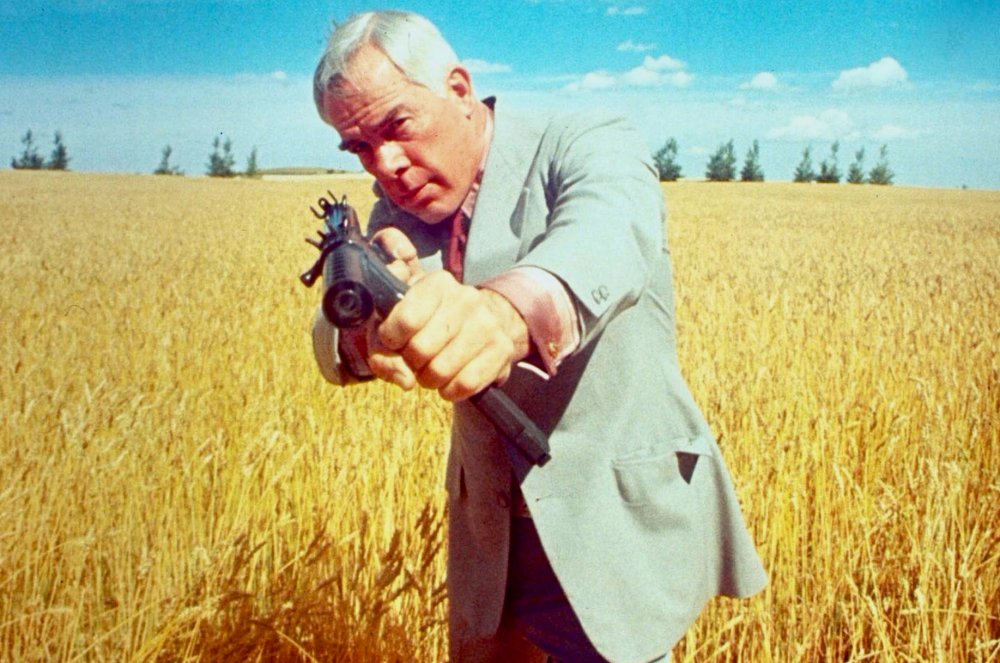 Part exploitation film, part brutal crime story, Prime Cut stars Marvin as Nick Devlin, a tough-as-nails enforcer who is hired to go to Kansas City to retrieve half a million dollars owed to the Chicago mob by a slaughterhouse kingpin, ‘Mary Ann’ (Gene Hackman), whose business doubles as a front for a white slavery racket. Aside from Marvin’s unusual performance, the film’s other bonuses include Sissy Spacek as one of Mary Ann’s girls who Marvin rescues and befriends, and its depiction of Kansas as a nightmarish vision of American gothic. 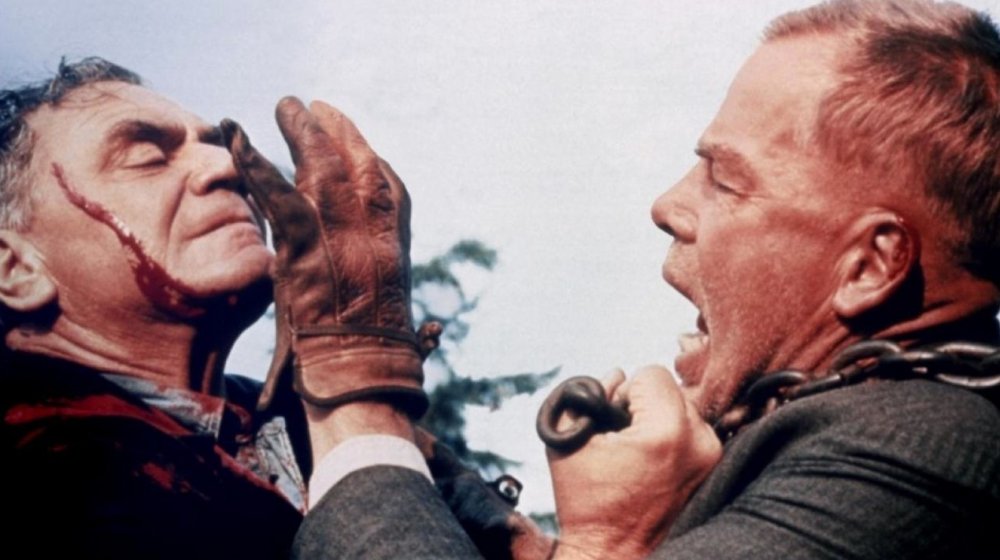 In Emperor of the North, Marvin is ‘A No 1’, a drifter hopping trains up and down America’s Pacific Northwest at the height of the Great Depression. The plot centres on the battle of wits between A No 1 and a sadistic train guard known as Shack. Played with eye-popping intensity by Ernest Borgnine, Shack is determined that no one will ride his train for free. It’s a simple premise, but one that under the expert direction of Robert Aldrich delivers a tense tale that maximises the talents of its two domineering stars. 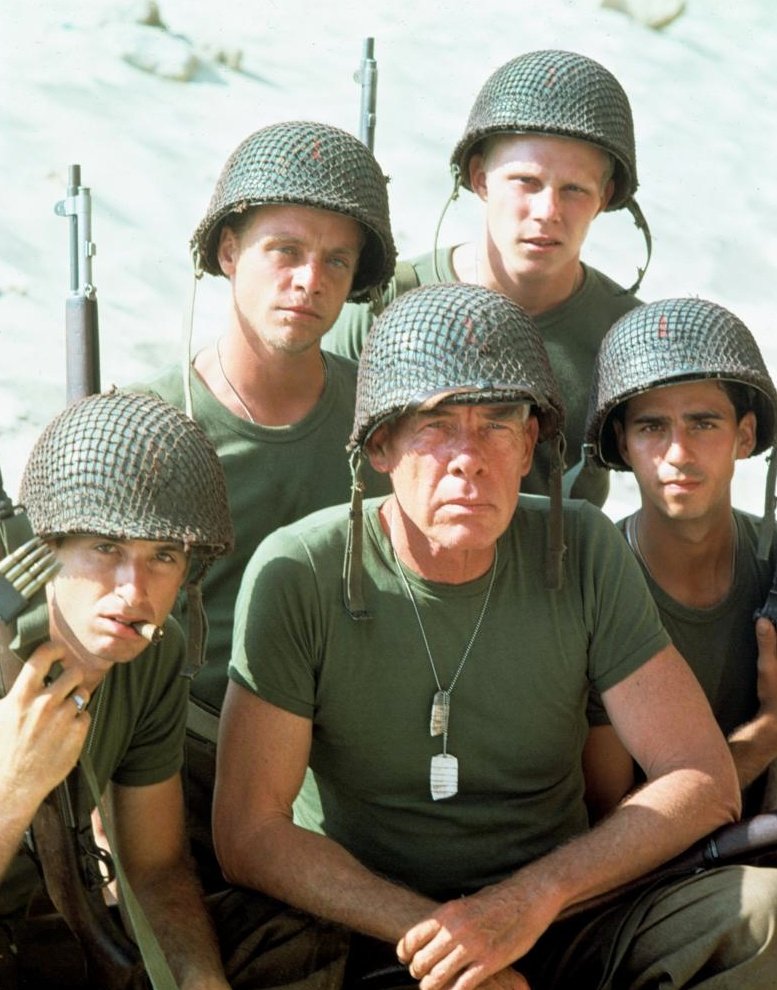 Personal problems and deteriorating health saw Marvin’s film career decline during the 1970s and into the 80s, but a rare and glorious exception is Sam Fuller’s war epic The Big Red One. Marvin is a nameless sergeant commanding a squad from the US 1st Infantry division, nicknamed ‘The Big Red One’, as they battle their way through North Africa, Sicily and Europe during the Second World War. Marvin is in his element as a grizzled combat veteran, helped by firm direction from Fuller, who saw combat action with the real Big Red One and wove strands of his own war experience into the film. The Big Red One’s made-for-TV feel is more than made up for by the director’s trademark tabloid flare, highlighting the humanity of his characters alongside the horror and absurdity of war.