From Rebecca to Marathon Man… these are some of the best places to seek out the performances of the great Shakespearian actor Laurence Olivier. 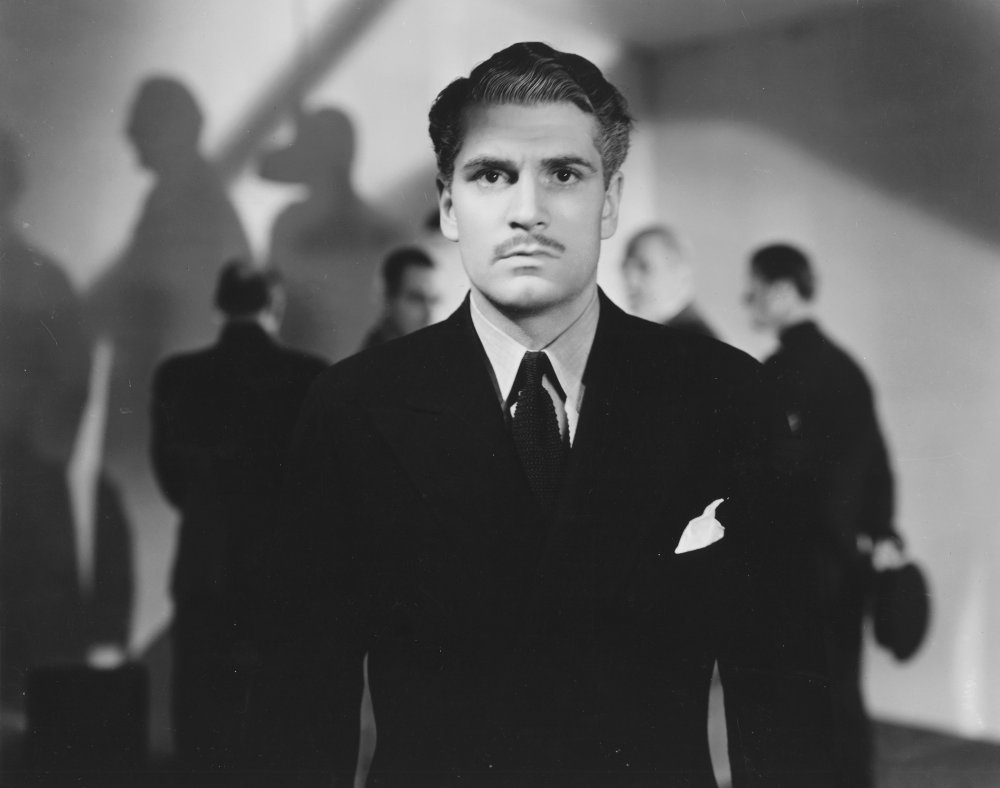 He was unseen for his most authoritative performance (narrating The World at War, 1973), silent apart from a voice-over rendition of Wilfred Owen’s ‘Strange Meeting’ in his most poignant (Derek Jarman’s War Requiem, 1989) and dubbed by Anthony Hopkins in his most shockingly iconic scene (the “oysters and snails” exchange with Tony Curtis in Stanley Kubrick’s Spartacus, 1960). Yet, once his contempt for cinema abated, and he learned how to rein in his imperious stage technique, Laurence Olivier became a commanding screen presence. In his heyday, he was a brooding romantic lead, before he devoted his considerable energies to bringing Shakespeare to the masses. Yet, even when he essentially became a credibility-bestowing guest star in big-budget spectacles, Olivier invariably stole the show. 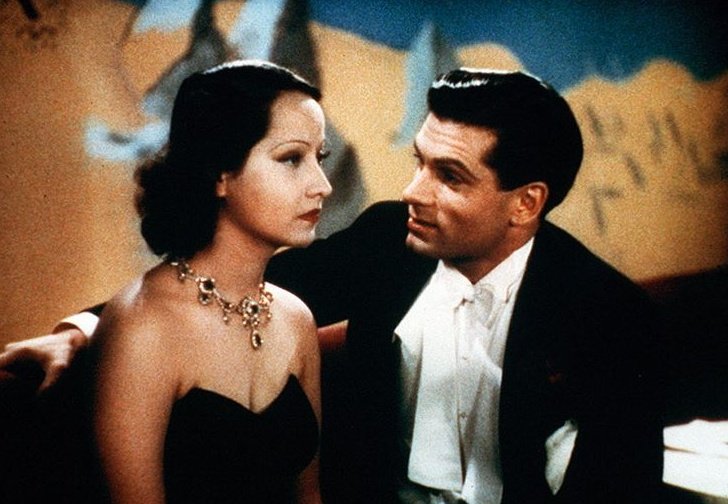 Debuting in Berlin opposite Lilian Harvey in the English-language version of The Temporary Widow (1930) convinced Laurence Olivier that cinema was an “anaemic little medium which could not stand great acting”. A short stint at RKO and his dismissal by Greta Garbo from Queen Christina (1933) reinforced his prejudice. But he committed to films after commencing his affair with Vivien Leigh and demonstrated a little-used gift for comedy in The Divorce of Lady X, Tim Whelan’s witty remake of Allan Dwan’s Counsel’s Opinion (1933). Although he omitted this lavish Technicolor screwball from his memoirs, Olivier sparkles spikily as the priggish lawyer duped by Merle Oberon into believing she is client Ralph Richardson’s cheating spouse. 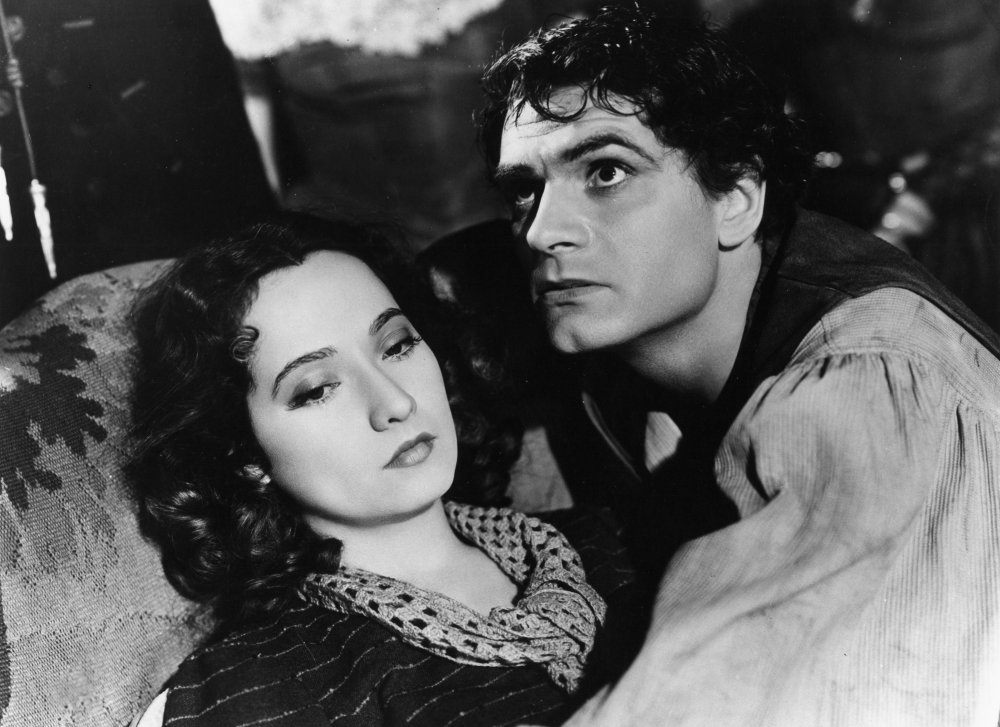 Aghast at how little the 23-year-old Olivier read, Noël Coward gave him Emily Brontë’s gothic masterpiece after casting him on stage in Private Lives (1930). But Olivier had a miserable time playing Heathcliff, as he loathed Merle Oberon and resented director William Wyler refining his stage mannerisms. Ordered to forget boyhood heroes Douglas Fairbanks and John Barrymore, Olivier learned how to work with the camera and channel both his moody arrogance and the knack for switching from charm to fury that he had inherited from his vicar father. He was rewarded with an Oscar nomination and the heartthrob role of Darcy in MGM’s adaptation of Jane Austen’s Pride and Prejudice (1940). 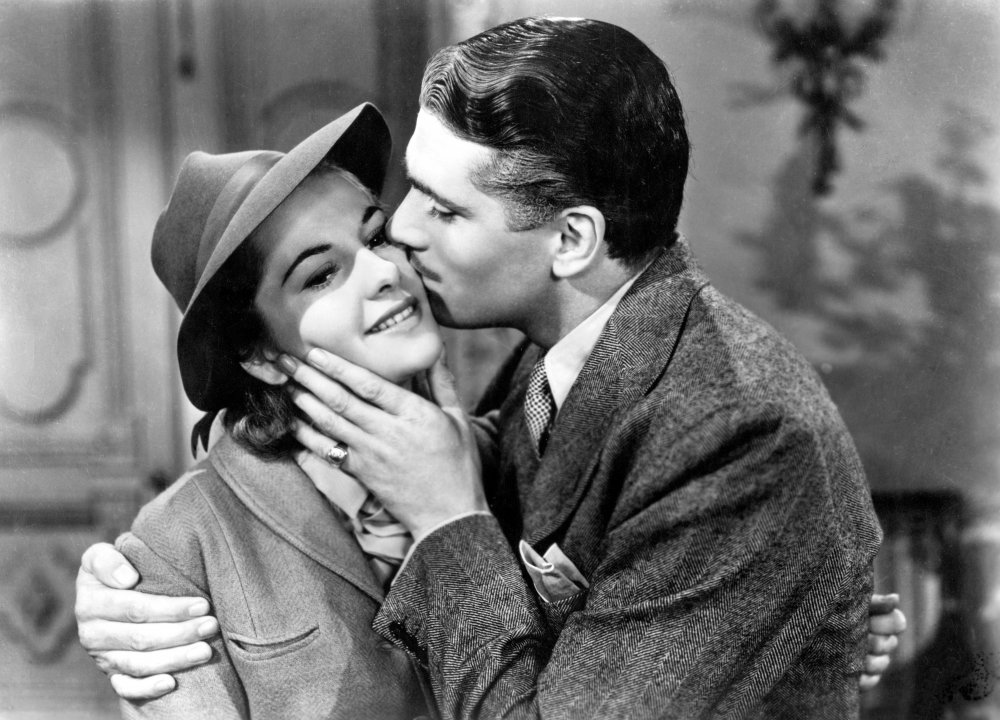 Having modelled his stage style on actor-manager Gerald du Maurier, Olivier felt well qualified to play daughter Daphne du Maurier’s volatile hero in Alfred Hitchcock’s Hollywood debut. However, producer David O. Selznick had wanted Ronald Colman for Maxim de Winter and only signed Olivier because he was cheaper than William Powell. Selznick was unconcerned by Olivier bullying Joan Fontaine because she had pipped Vivien Leigh to the central role, that of the waif who arrives at Manderley to cope with the ghost of her glamorous predecessor. But he fired off memos urging him to speed up his reactions and slow down his delivery. These technical tweaks helped secure another best actor nomination. 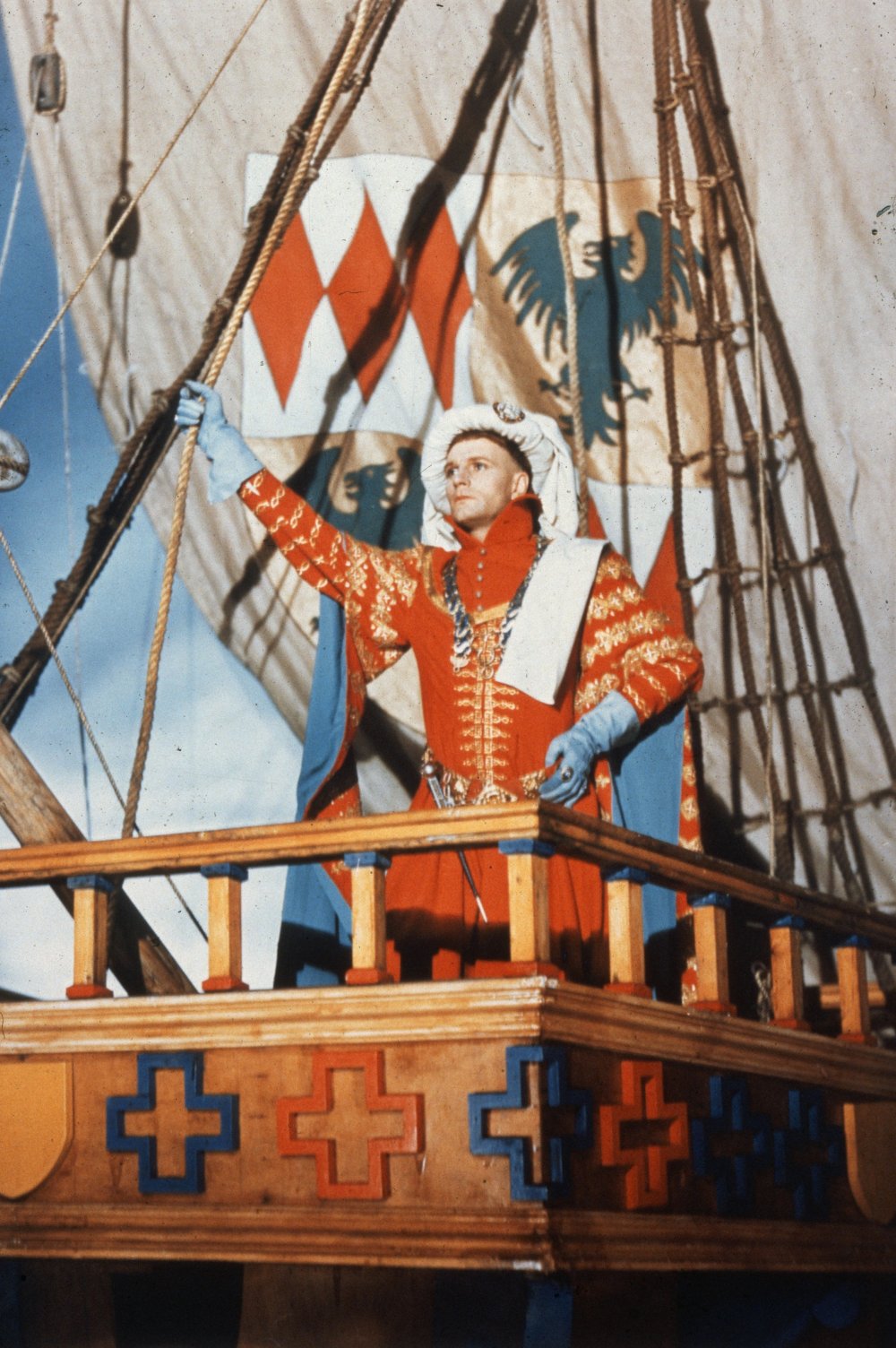 After a decade reinterpreting the Bard in competition with John Gielgud and Ralph Richardson, Olivier was plucked from the Fleet Air Arm and afforded the opportunity by the Ministry of Information to transform the presentation of Shakespeare on screen. Inspired by Sergei Eisenstein’s Alexander Nevsky (1938), and cutting the text to reinforce its propagandist potency, Olivier opened with a Technicolor reconstruction of the Globe theatre before relocating to Irish locations for Agincourt. His use of camera movement and interior monologue was innovative, while his own performance far surpassed his flag-waving efforts in That Hamilton Woman and 49th Parallel (both 1941). He was rewarded with a special Oscar for his “outstanding achievement”. 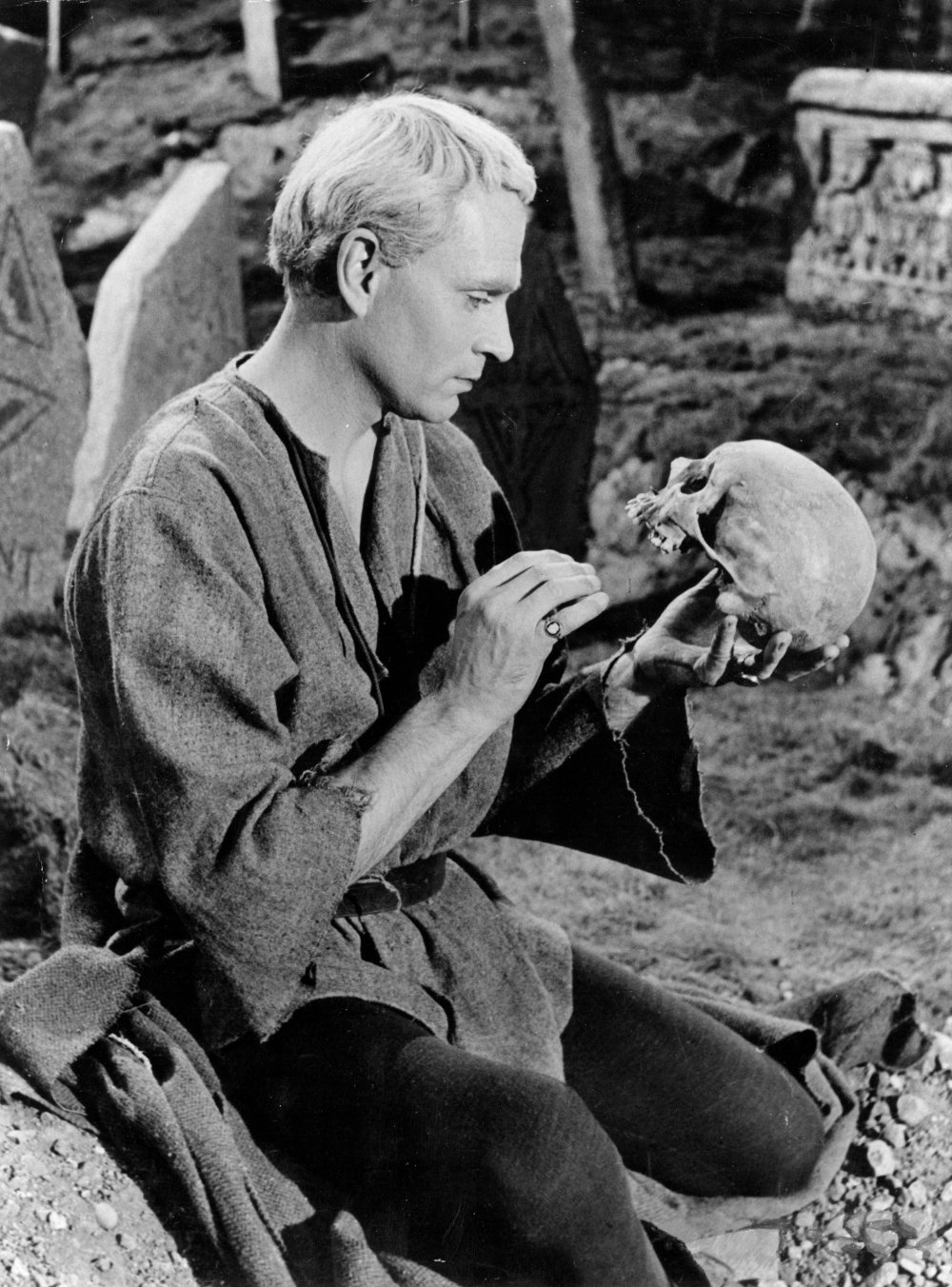 Having watched Ronald Colman win an Oscar for the role in A Double Life (1947) that had been written for him, the newly knighted Olivier became the first to direct himself to the best actor award in this truncated take on Shakespeare’s epically enigmatic psychological thriller. Olivier had played the Dane at Elsinore in 1937 and reinvented him at the age of 40 as an Oedipal noir antihero seeking to overcome his fatal flaws to avenge his father’s murder. The ensemble is exceptional, but Olivier keeps himself centre stage by having Desmond Dickinson’s deep-focus, high-contrast monochrome camera prowl in his wake around Roger Furse’s Expressionist sets. It’s a best-picture-winning masterclass. 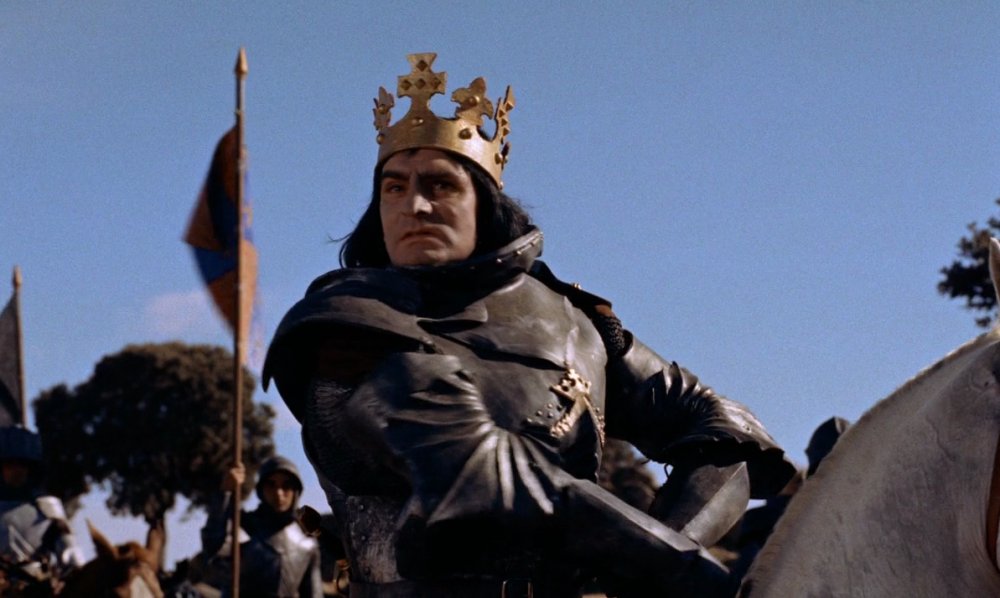 Preoccupied with stage matters throughout the 1950s, Olivier still followed fine displays in Carrie (1952) and The Beggar’s Opera (1953) with his last Shakespeare behind the camera (after Carol Reed demurred). Once again abridging the text with Alan Dent, Olivier took stylistic risks while exuding mischievous, misshapen malevolence in addressing the audience directly in long takes, making them complicit in his crimes as he disposes of his rivals for the throne. Bolstered by Otto Heller’s vivid Technicolor/VistaVision imagery and William Walton’s rousing score, Olivier revels in his charismatic villainy. It’s a pity that Alexander Korda’s death in 1956 cost him the chance to make Macbeth with Vivien Leigh. 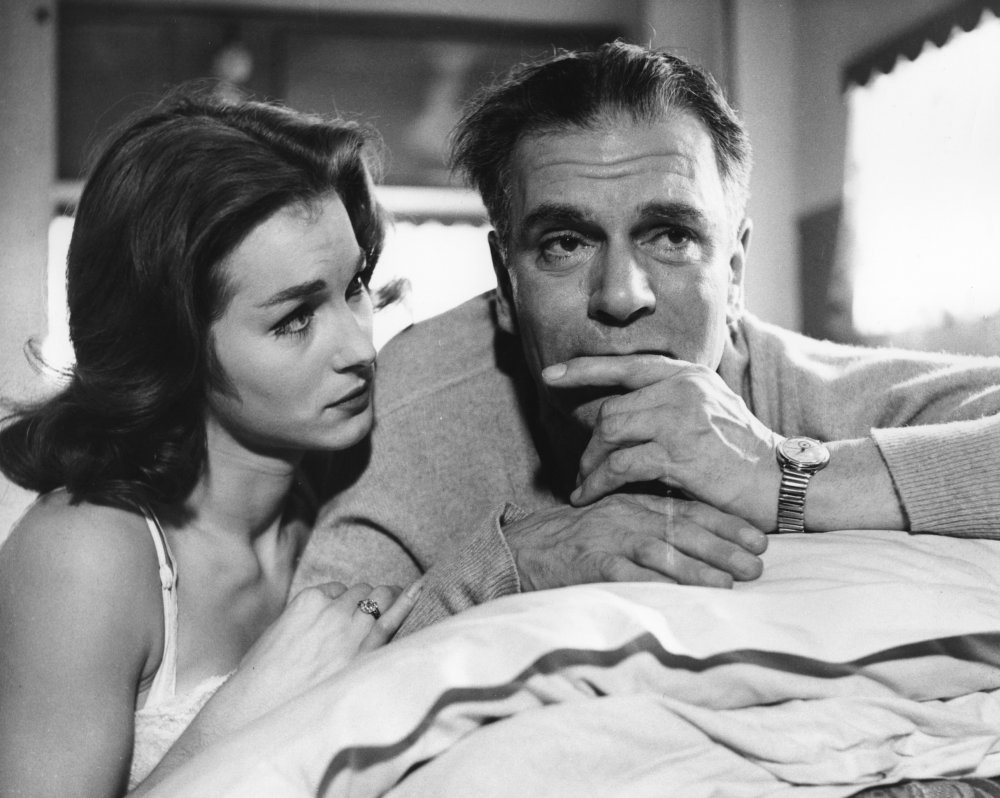 While struggling to direct Marilyn Monroe in The Prince and the Showgirl (1957), Olivier had been convinced of the merits of ‘angry young man’ John Osborne by her playwright husband, Arthur Miller. Realising “my image was boring me to death”, he convinced Osborne that his party schtick as fifth-rate standup Larry Olivier made him ideal for the role of Archie Rice. Indeed, he identified so strongly with this self-loathing variety relic that he confided to director Tony Richardson: “It’s me, isn’t it?” Teaming with new partner Joan Plowright on the Morecambe-set film adaptation, Olivier drew another Oscar nomination and declared that he felt “like a modern actor again”. 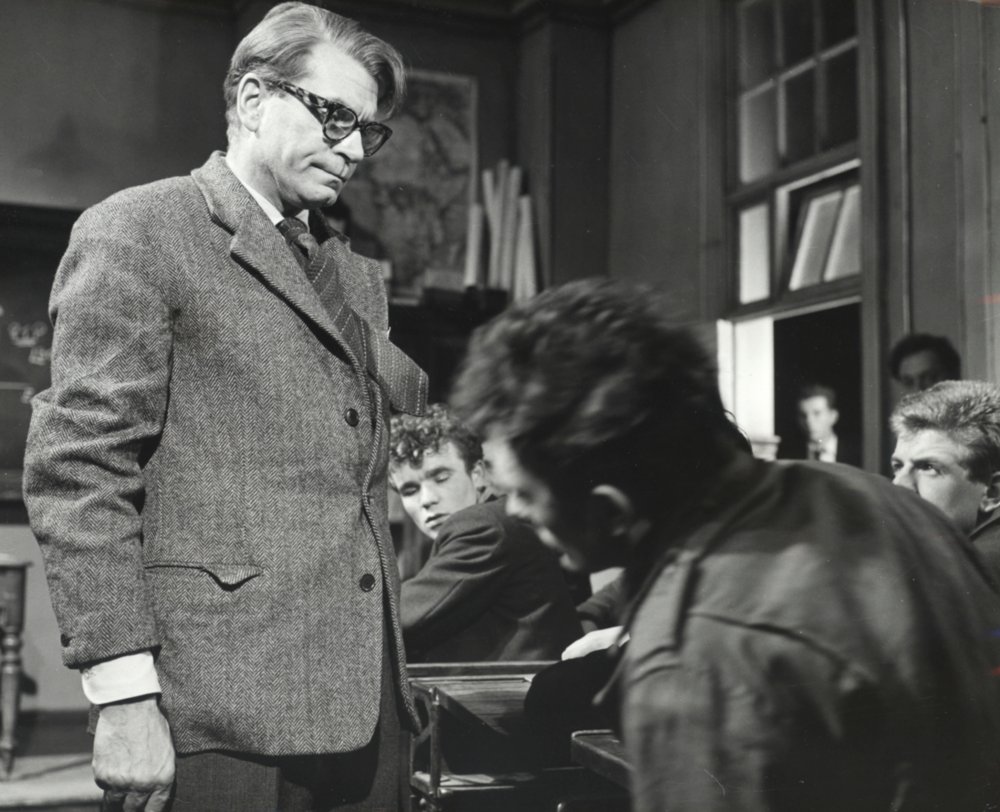 When not stealing classics like The Devil’s Disciple (1959) and Uncle Vanya (1963), or blacking up in Othello (1965) and Khartoum (1966), Olivier continued his social-realist reinvention as a northern teacher in Peter Glenville’s underrated drama and as a Scotland Yard inspector in Otto Preminger’s unsettling thriller Bunny Lake Is Missing (1965). What’s fascinating about Olivier’s performance as a milquetoast conscientious objector, who is charged with molesting a pupil at his hardscrabble secondary modern, are the stylistic contrasts with Simone Signoret’s goading French wife and the debuting Sarah Miles and Terence Stamp as his teenage persecutors. His genius is most readily evident, however, during the harrowing courtroom plea. 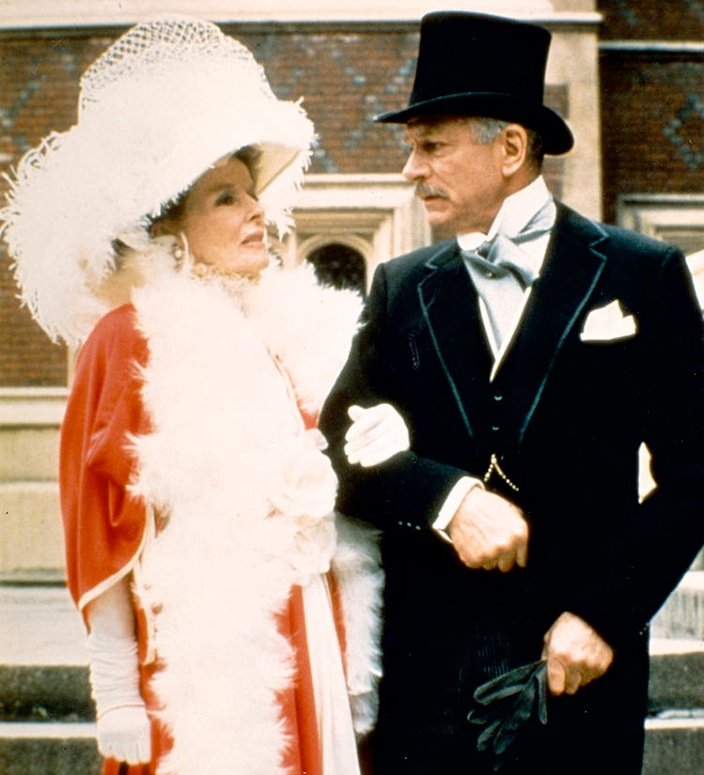 Several of Olivier’s late-career highlights were televisual, including his Shylock (1973) and Lear (1983), and originals like A Voyage around My Father (1982) and this sole collaboration with Katharine Hepburn. Asked by Dick Cavett in 1973 why she had never worked with Olivier, Hepburn had replied “Well, neither of us is dead yet,” and a watching George Cukor sent her James Costigan’s witty script about an Edwardian actress who hires an old flame to defend her in a breach of promise case. Olivier had to be cajoled into accepting, but the Emmy-winning pair enjoyed the Pinewood shoot, which saw Cukor teasingly dub them “two unknown and inexperienced kids”. 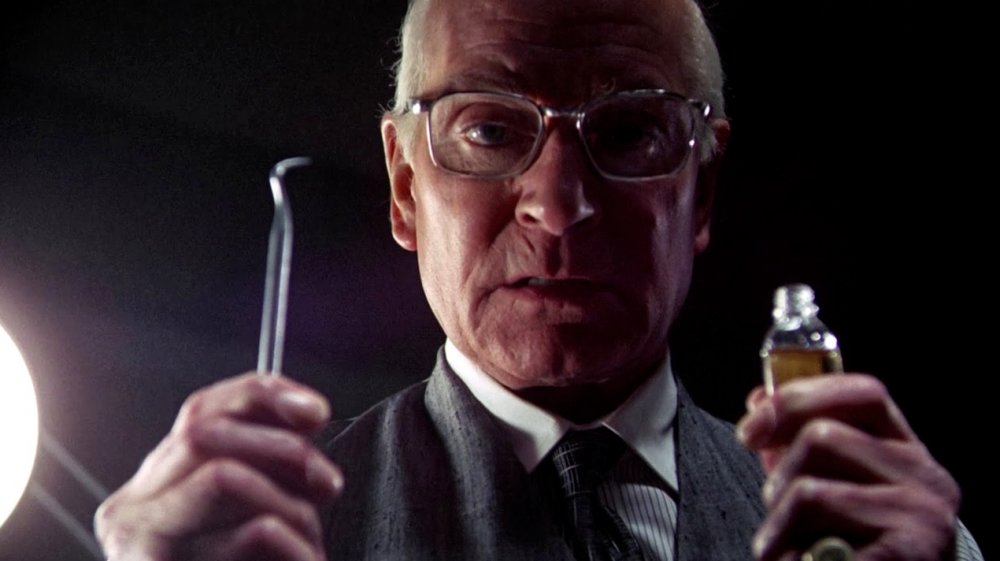 The last three of Olivier’s 13 Oscar nominations (including two as producer) came for Sleuth (1972), The Boys from Brazil (1978) and John Schlesinger’s nerve-jangling adaptation of William Goldman’s bestseller. Famously, Olivier had little time for Dustin Hoffman’s Method tics (“Why don’t you try acting?”), but they make compelling adversaries, as Olivier’s fugitive war criminal kills Hoffman’s special agent brother in seeking a cache of Holocaust diamonds. The dentistry sequence (“Is it safe?”) is hideously sadistic and taps into the gift for cold-eyed cruelty that had made Olivier’s romantic heroes so disconcerting. Yet, in Franklin J. Schaffner’s take on Ira Levin’s novel, Olivier was as convincingly relentless as a Nazi hunter as he was pursuing vampire Frank Langella in Dracula (1979).