Not as famous as John Ford or Howard Hawks, Texas-born King Vidor was nonetheless one of the great American directors of the golden age of Hollywood. Get to know 10 of his best movies. 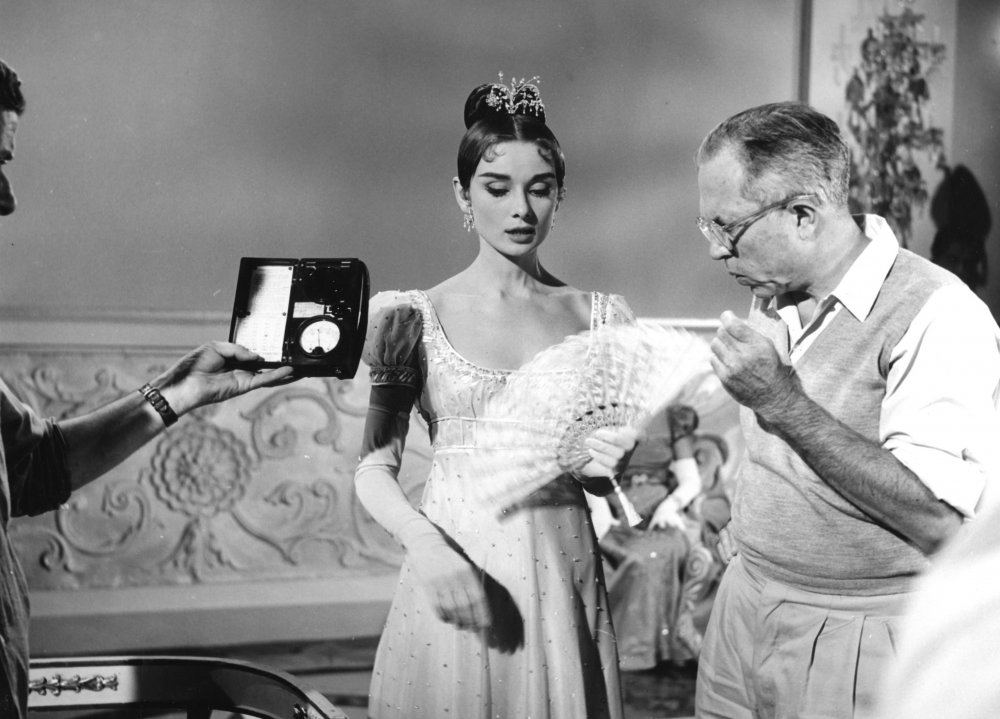 Even if you’re not familiar with the name, chances are you’ve seen King Vidor’s work without even realising. When producer David O. Selznick tapped Victor Fleming to helm Gone with the Wind (1939), Vidor took over directing duties on The Wizard of Oz (1939). Refusing to take any credit for the favour, Vidor was responsible for the sepia-tinted Kansas scenes (including ‘Somewhere over the Rainbow’). 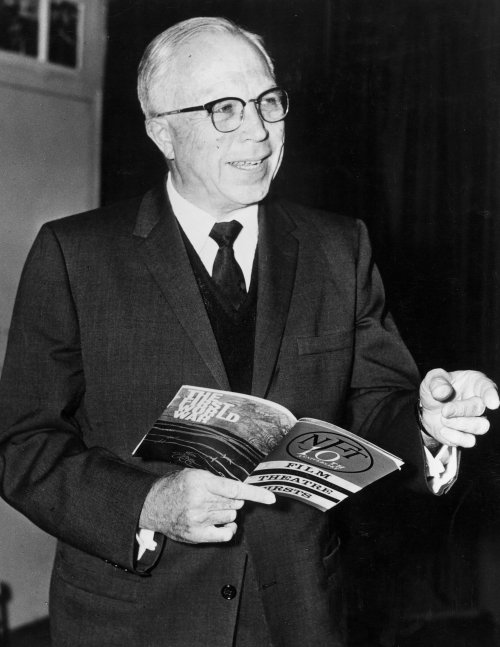 Born in 1894, the Texan filmmaker had started making movies before he turned 20, growing up in parallel to his chosen medium. If he’s not spoken of in the same hallowed tones as many of his contemporaries, such as John Ford or Howard Hawks, there’s little mistaking Vidor as anything but an auteur. He may have considered himself a conservative – especially as he got older – but his films served to interrogate the political and philosophical systems they superficially championed.

If the men in Vidor’s cinema largely succeed in their pursuit of the American dream, it’s his women that finally emerge as the most fascinating figures, even if they’re rarely victorious against the stacked decks of life and its systems. 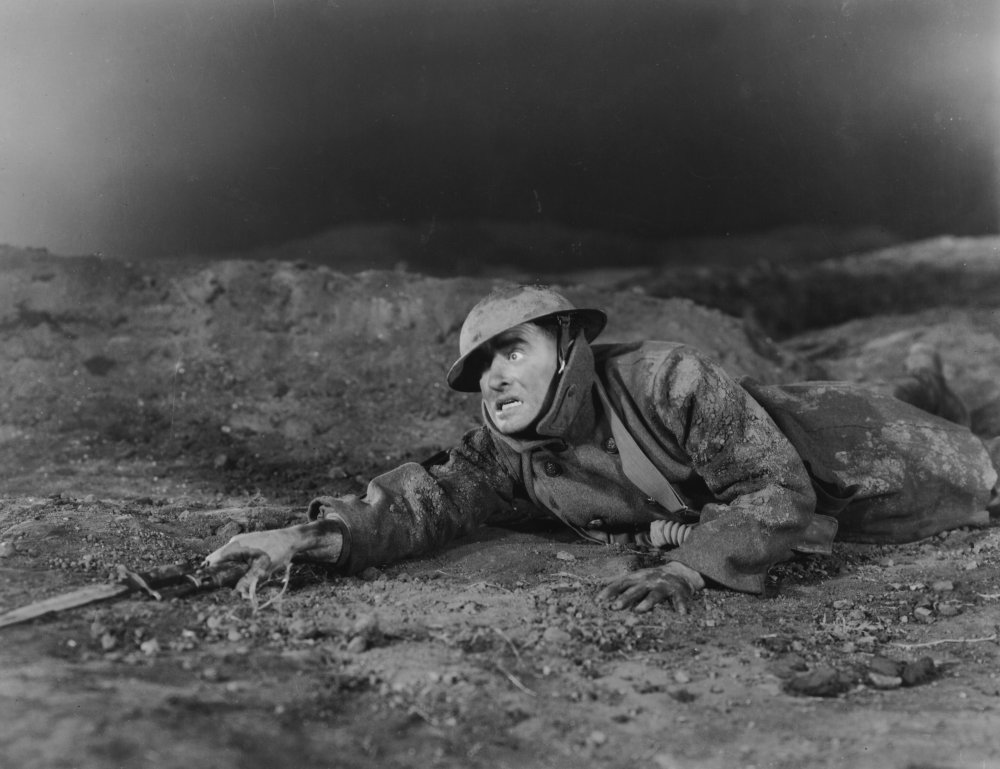 With more than 20 features and almost as many shorts already under his belt, Vidor graduated to the majors with what would be one of the great commercial successes of the silent era. Still one of the defining films about the Great War, The Big Parade serves as the director’s grandest statement on the effects of forces beyond an individual’s control. The build-up to war plays out as unhurried pastoral, before two of Vidor’s greatest set-pieces: the lovers’ operatic goodbye and a drumbeat-scored forest march into the mouth of hell. 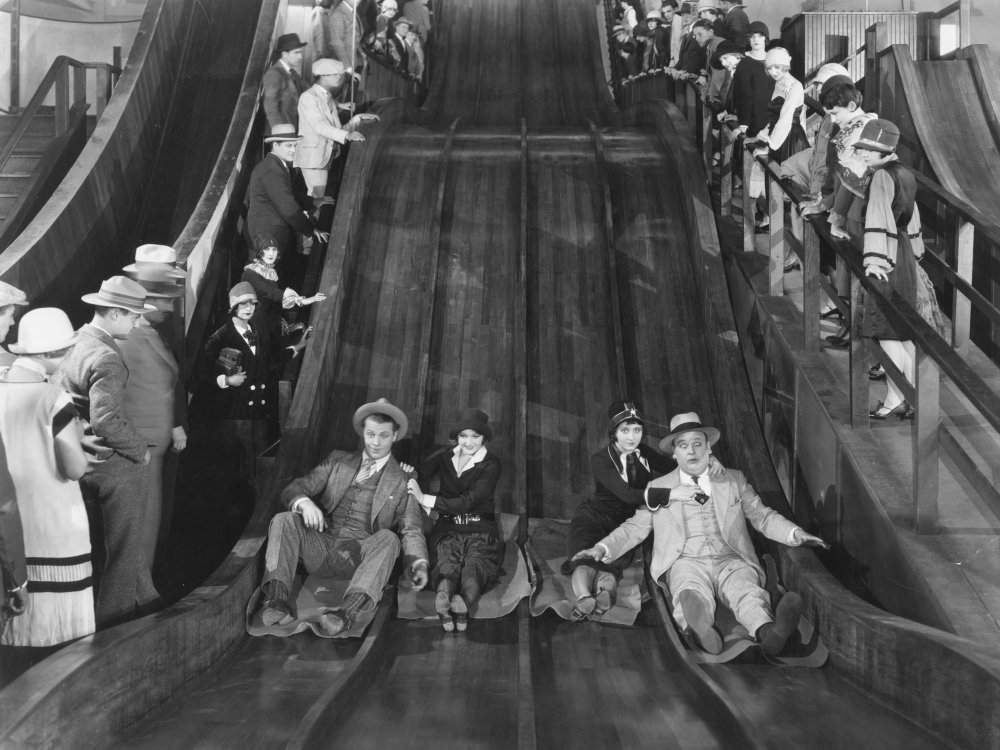 A shattering indictment of the American dream, Vidor’s silent masterpiece was the director’s favourite among his own films. Where later pictures would champion the rewards of a strong work ethic, The Crowd sees a series of cruel indignities heaped upon its life-worn everyman, with momentary wins undercut by tragedy. Expressionist flourishes make way for earthy realism, influencing filmmakers from Vittorio De Sica (who half-inched the ending for 1952’s Umberto D.), to Billy Wilder, who would borrow the film’s famous office shot for The Apartment (1960). 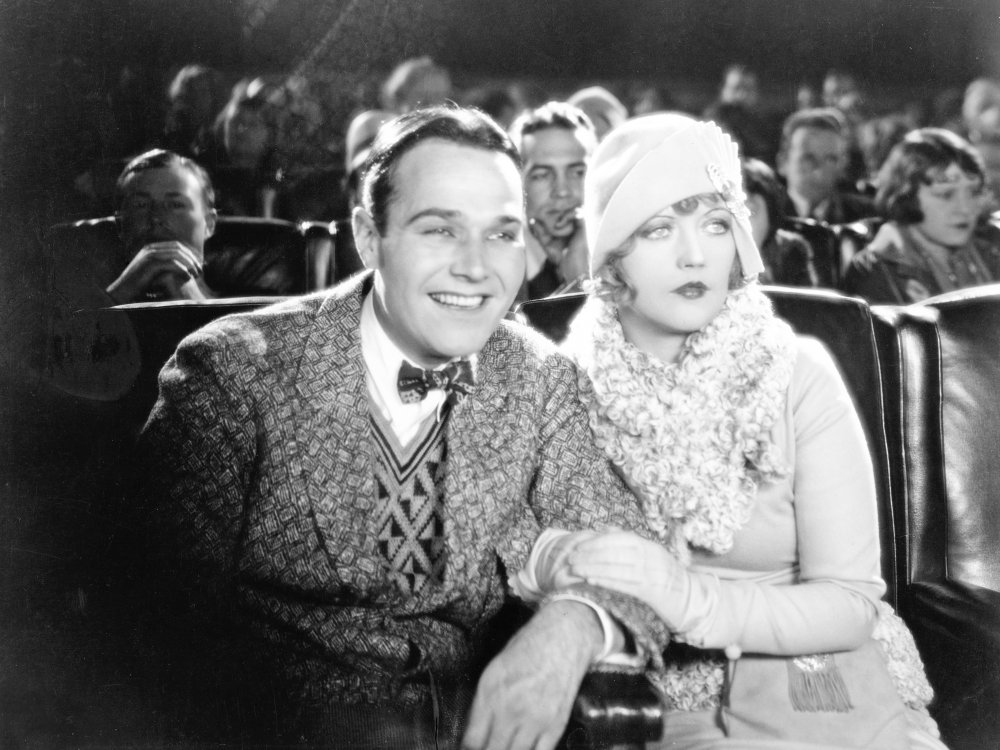 While she’s perhaps best remembered as the mistress of gazillionaire newspaper tycoon William Randolph Hearst (and the unfair target of Orson Welles in Citizen Kane), Marion Davies was a brilliant comic talent, amply demonstrated in the three films she made for King Vidor. Show People, Vidor’s last silent, is the best of three, a delightfully meta behind-the-silver-screen romp that charts the graduation of Georgian belle Peggy Pepper from slapstick bit-player to Patricia Pepoire, dramatic star. The Big Parade’s John Gilbert, Charlie Chaplin and Vidor all cameo as themselves, but the broadest meta-lol sees Peggy spot a certain “Marion Davies” on the studio lot. 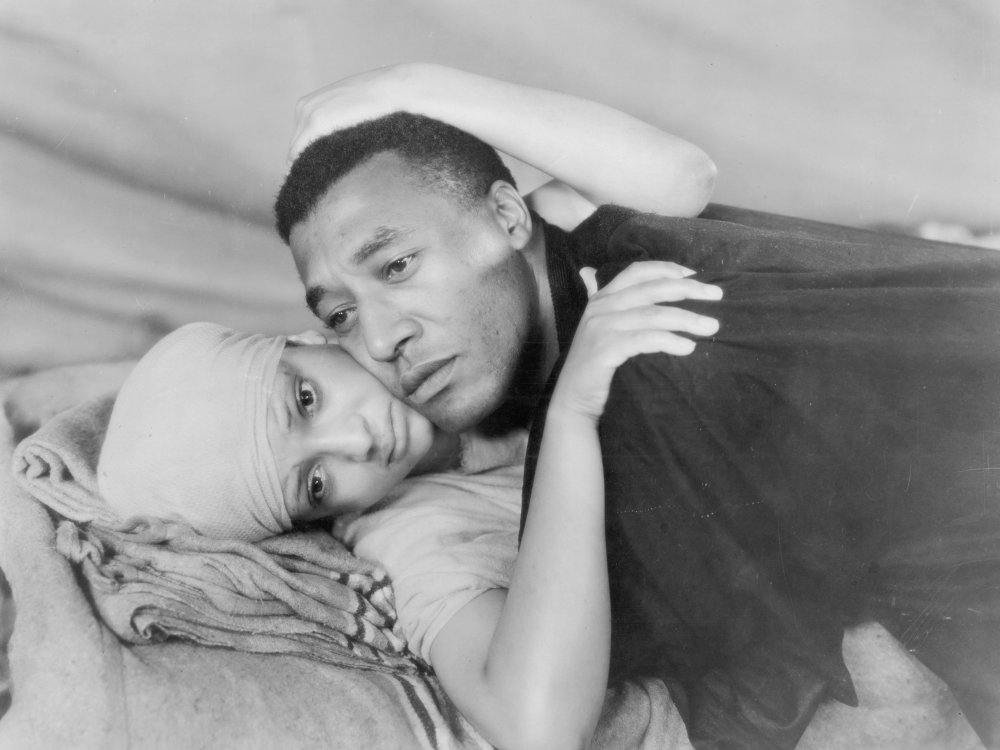 Vidor’s first sound film, and the first major studio picture to feature an all-black cast, Hallelujah serves up a potent mix of religious and sexual fervour. A quasi-musical, shot on location in the deep south, its issues with post-synced dialogue all but disappear in the trade-off for Vidor’s mastery of the roving camera. Charges of exoticism may be a little harder to ignore, but there’s real empathy and complexity here, not least in the astonishing Nina Mae McKinney’s Chick, the first of many Vidor women who refuse to be inhibited in their sexual agency and desires. 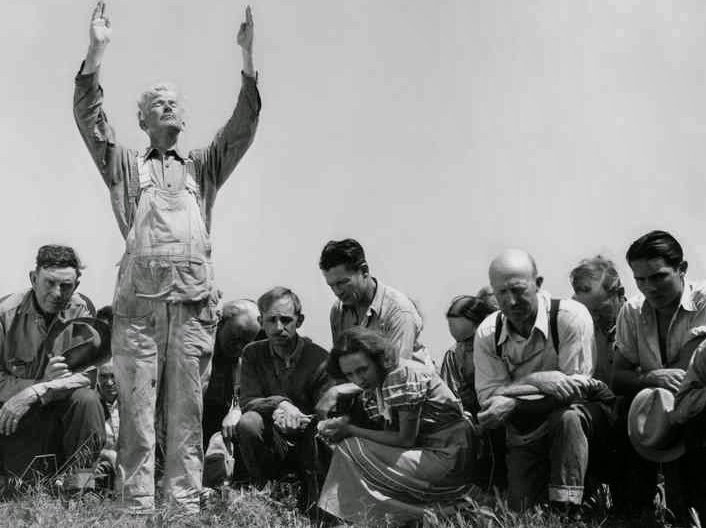 Despite being well into the talkie era by 1934, Vidor cast an eye back to the silents for what might just be his greatest set-piece. The finale of Our Daily Bread – a cautious experiment in collectivist thinking made at the height of the Depression – sees an irrigation channel dug from water source to crop, with all hands on deck for a bravura, wordless sequence. If the ending demonstrates Vidor’s mastery of montage, the film as a whole showed a willingness to re-examine his philosophy of individualism within the context of a system more necessarily radical. 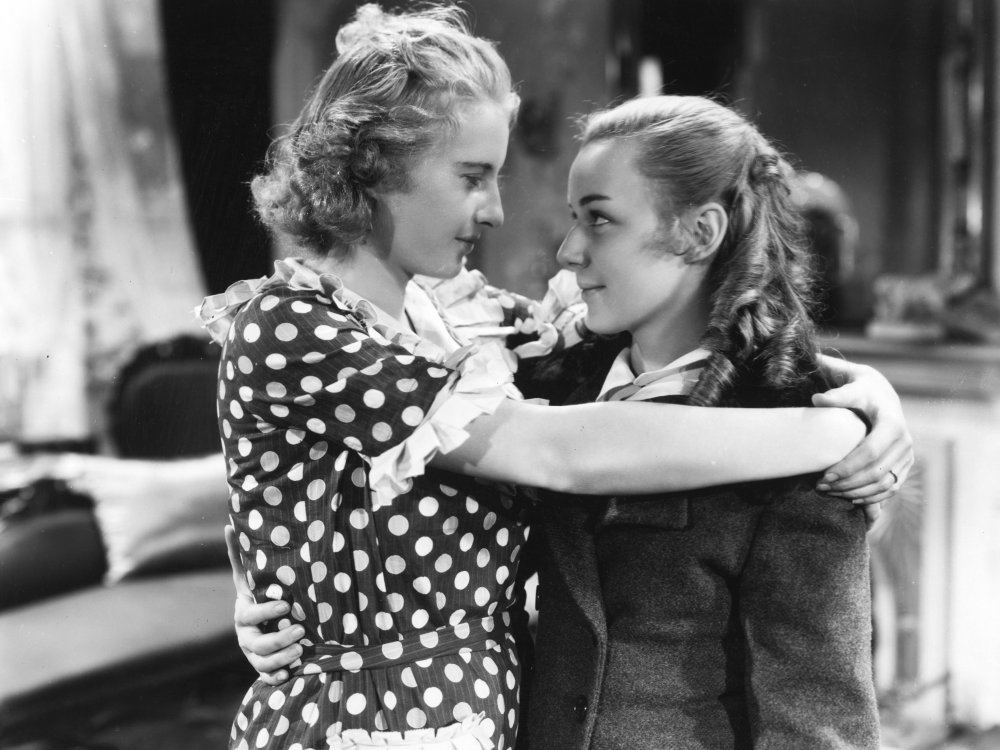 Barbara Stanwyck took home the Oscar for her eponymous lead in Vidor’s terrific adaptation of Olive Higgins Prouty’s novel, as did Anne Shirley for her supporting turn as Stella’s daughter. Stanwyck’s is a remarkably unsentimental performance in a remarkably unsentimental film, one that tackles questions of class and social mobility within the genre framework of the ‘woman’s picture’. It’s an exceptional example by virtue of both Vidor and Stanwyck’s willingness to portray Stella as an unsympathetic figure for much of the film, albeit one – as so often with Vidor – heroically unconstrained by the shackles of conformity and compromise. 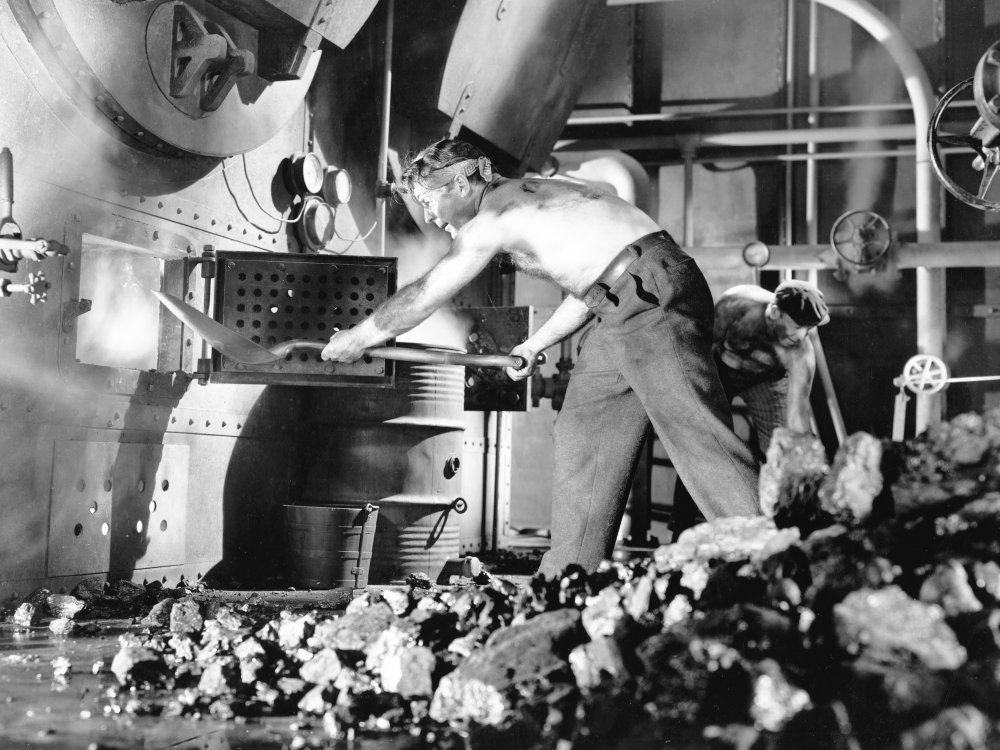 It’s readily apparent in the version currently available that An American Romance was subject to studio interference. Though shorn of 20-odd minutes, the film remains recognisable as a Vidor passion project, a large-scale encapsulation of the director’s thematic ideals. Brian Donlevy stars as the immigrant steel worker who rises to industrial tycoon. He may be no Spencer Tracy (Vidor’s first choice), but his unrelenting wilfulness proves hard to resist, despite the film’s simplistic trajectory. Benefiting from a sizeable budget, the mill accident set-piece that sees the protagonist hemmed in by a river of molten steel is a doozy. 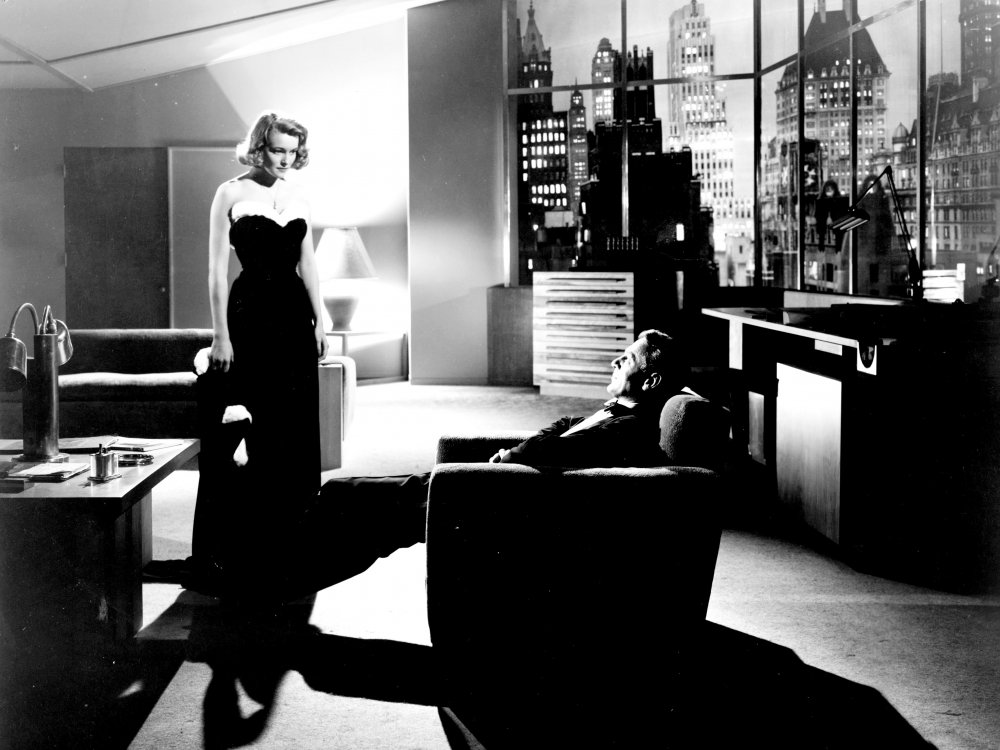 Vidor may have done little to temper novelist Ayn Rand’s sledgehammer subtlety, attacking the material with an appropriately scaled production design that matched her uncompromising vision of full-bore capitalist enterprise and individualism. The phallocentric undertones certainly weren’t lost on him either – especially in the film’s final shot – as architect Howard Roark (Gary Cooper) and his opponents fret and clash over the size and integrity of their erections. If The Fountainhead’s ideology belongs to Rand, then its erotic charge (via Patricia Neal) is all Vidor, and it’s in the unresolved tension between the two that the film is at its most fascinating. 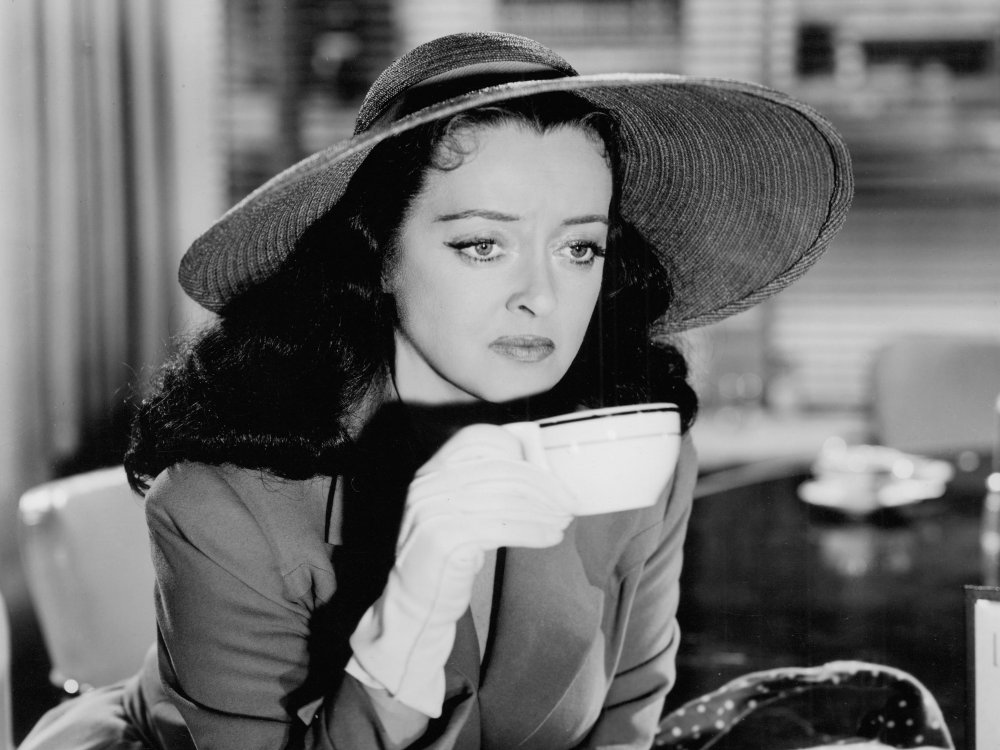 Ignore the less-than-stellar reputation, Vidor’s spectacularly lurid noir is sensational. It was Beyond the Forest’s star, Bette Davis, who led the way in trash-talking what was to be her last film for Warner Bros, a contractual obligation that she did everything she could to extricate herself from. The studio weren’t having it, and the resulting performance – dripping with poison – only served to amplify Vidor’s nihilistic theme of the individual clawing at the expectations of dull convention. Murder, illicit affairs and a violent attempt at miscarriage, all served up by an imperious, snarling Davis under Vidor’s magnificently over-the-top hand. 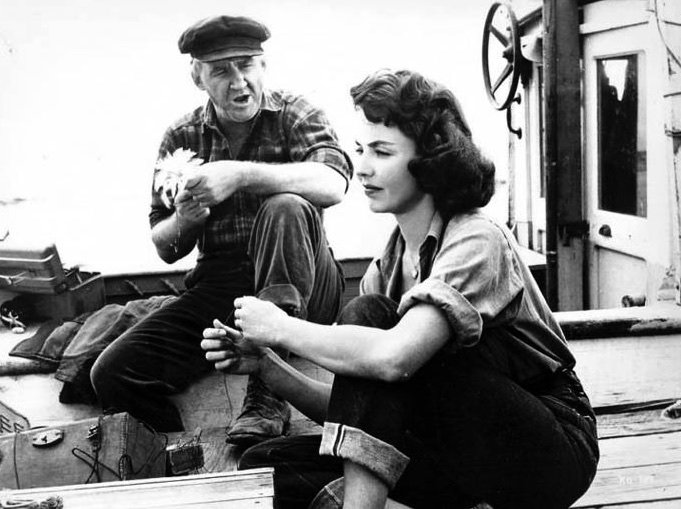 Given Vidor’s first film with Jennifer Jones – psychosexual western Duel in the Sun (1946) – was famously commandeered by producer David O. Selznick to his own obsessive ends, this reteaming would make far better use of her screen presence. Further proof of Vidor’s sympathies for strong, downtrodden female characters battling patriarchal oppression, Ruby Gentry sizzles with Faulknerian southern gothic. Charlton Heston’s Boake Tackman may resemble other Vidor heroes, but he’s the callous antagonist here, and this is Jones’s film: she’s a force of nature, turning nature’s own force to her advantage in the destructive finale.