These days you can’t swing a cat in a cinema without hitting a movie bearing the influence of John Carpenter and his great genre classics, from Halloween to The Thing. 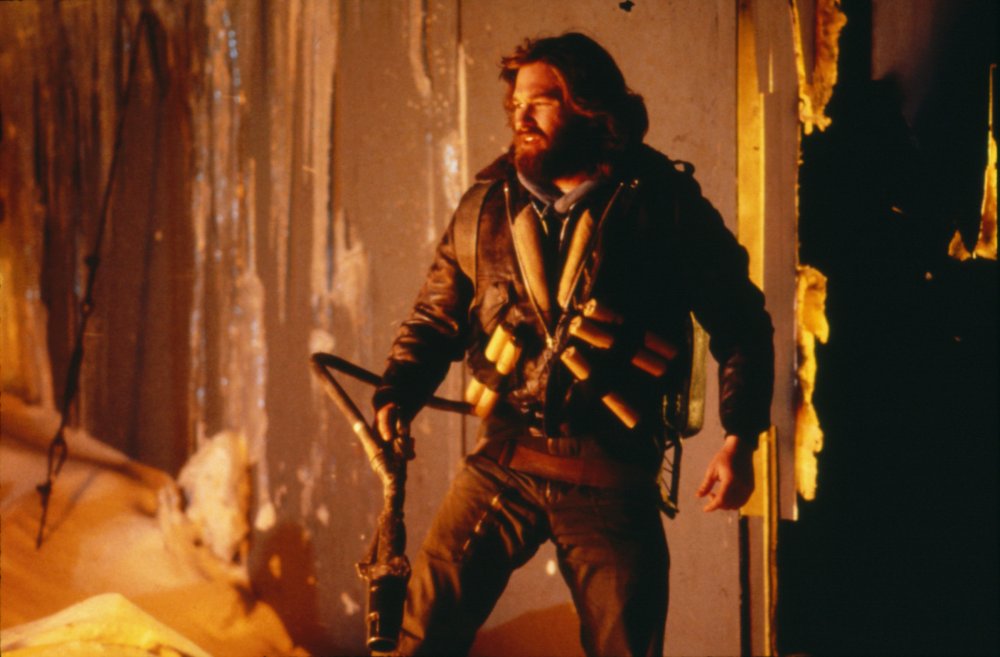 Few directors have proved as inspiring to modern-day genre filmmakers as John Carpenter. His astonishing early run of films – from siege drama Assault on Precinct 13 (1976) via genre-defining slasher movie Halloween (1978) to shapeshifting monster remake The Thing (1982) – revealed his deep affection for genre masters such as Alfred Hitchcock and Howard Hawks. But they also built on this legacy to create films with unique moods, settings and genre thrills that have proved hugely appealing to audiences ever since. Many of the new generation of American filmmakers grew up watching Carpenter movies and – if current film and TV are anything to go by – it’s now his influence that casts a long shadow. Here are nine recent movies, and a TV show, that parade their admiration for Carpenter like a badge of honour. 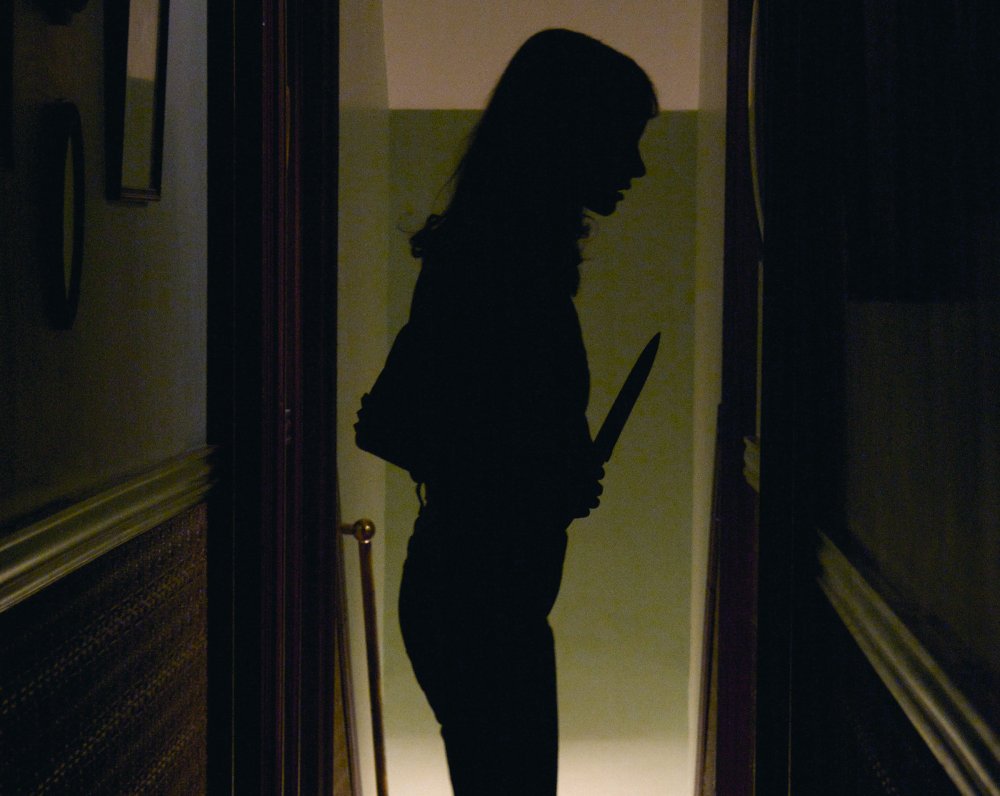 Set in 1983, Ti West’s underrated The House of the Devil follows a babysitter who takes a mysterious job on the night of a lunar eclipse. Evil ensues but West takes his time to craft the horror, which will eventually be unveiled, ratcheting up the tension to an unbearable degree. This is a trope that Carpenter was familiar with. West is a classical director working in a modern age, employing the techniques that Carpenter handed down to an entire generation. 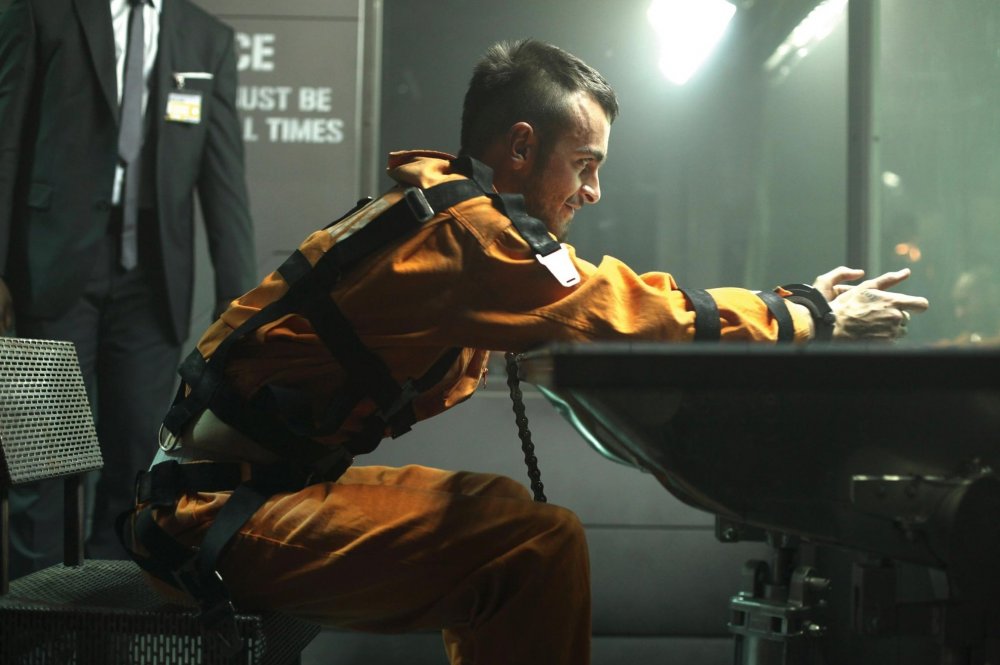 In this muddy, lowbrow sci-fi adventure, Guy Pearce plays Snow, an ex-CIA operative who is wrongfully accused of committing treason against the United States in the year 2079. He is given the opportunity to clear his name by embarking upon on a suicide mission to rescue the president’s daughter from a state-of-the-art prison in outer space. Sound familiar? It is practically a note-for-note copy of Escape from New York. Carpenter sued the makers of the film, among them Luc Besson, for plagiarism and subsequently won €80,000 in damages, which was then increased to €450,000 upon appeal. 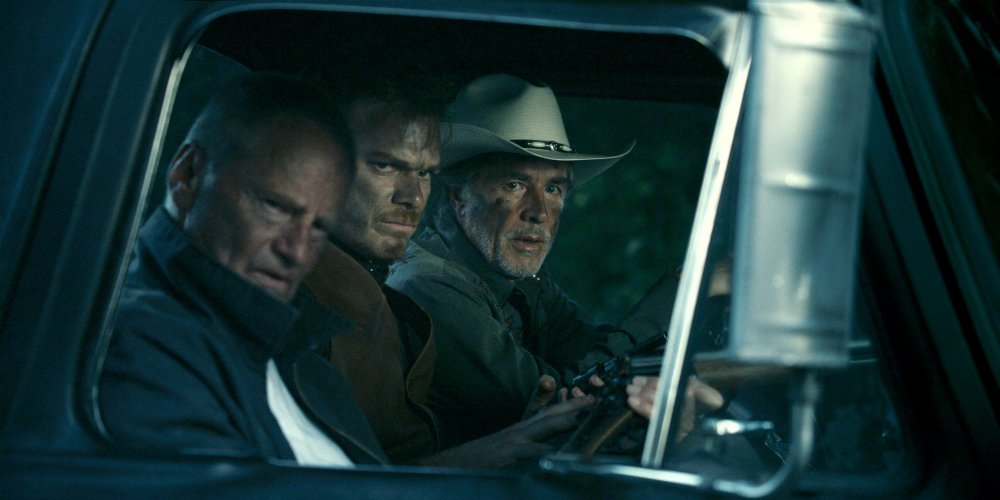 For the most part, Cold in July is a seedy crime thriller but the fingerprints of Carpenter are all over its DNA. A token synth soundtrack is there, as is a surprisingly compelling turn by another 80s legend, Don Johnson, as a brash ageing macho cowboy called Jim Bob. The performance recalls Carpenter’s great all-American, Jack Burton, from Big Trouble in Little China. Jim Mickle’s film isn’t similar to any that Carpenter would have made but it’s another demonstration of his versatile reach, extending to genres he isn’t traditionally associated with. 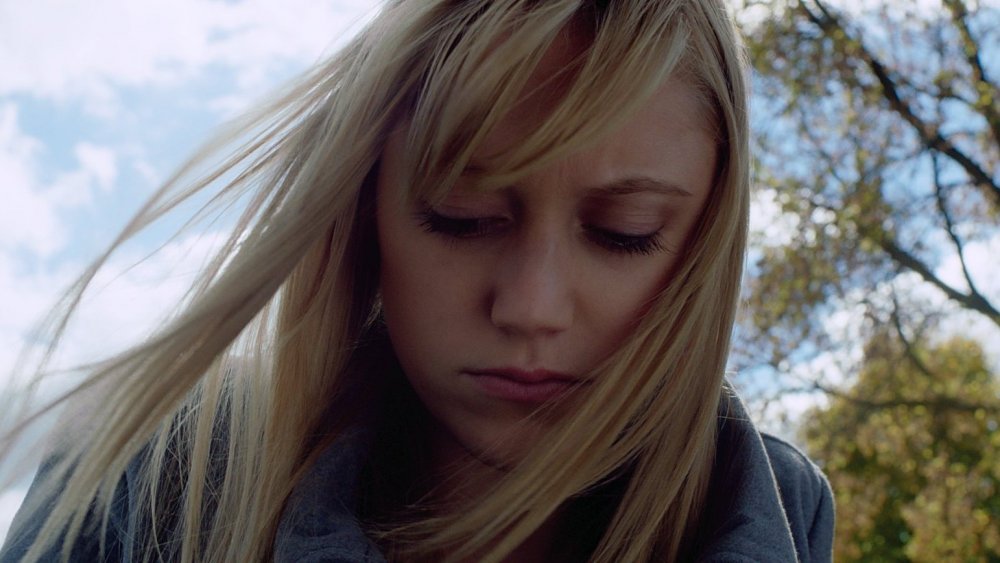 There are many elements from Carpenter’s filmography that can be found in It Follows, possibly the most praised indie horror film of recent years, but it’s the soundtrack that has the strongest impact. Performed by composer and musician Disasterpeace, it features a synth score that blisters with unease. The result is something that wouldn’t be out of place alongside Carpenter’s own soundtracks, which gave his films a sense of identity beyond images. 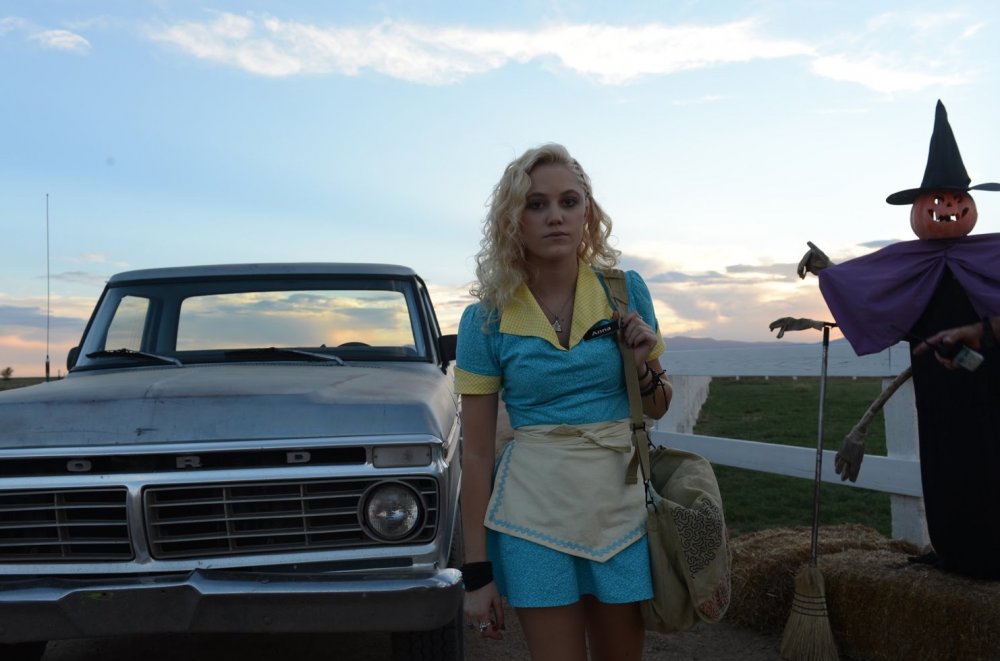 Adam Wingard is a director who isn’t afraid of wearing his influences on his sleeve. His eighth feature film, The Guest, is a full-blown homage to John Carpenter’s Halloween and James Cameron’s The Terminator (1984). Dan Stevens plays a mysterious war vet who infiltrates the home of a recently bereaved soldier’s family claiming to be a friend of their son’s. The suburban setting, moody soundtrack, fluorescent lighting and lingering sense of dread ignite memories of Michael Myers stalking Jamie Lee Curtis through dark corridors. 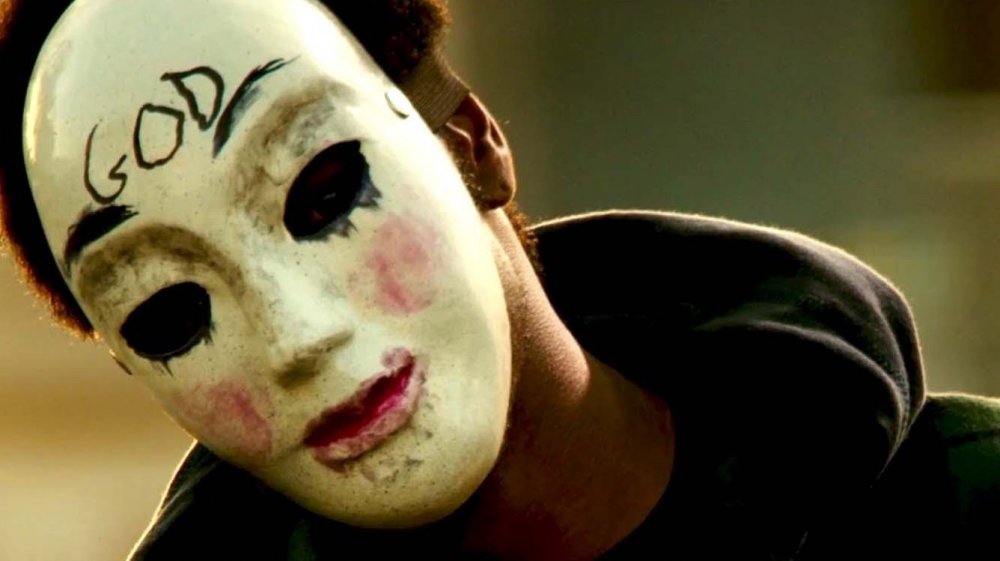 One of the more overlooked components of Carpenter’s films is their political undercurrents, with anti-capitalist and anti-government sentiments prevalent throughout both Escape from New York and They Live (1988). The Purge series has replicated these films’ dystopian situations in its own way, showing what lengths a totalitarian government will go to when faced with unprecedented levels of crime. The second film in the franchise expands upon the bleak world it is set in by spreading the original story across a city. It achieves the same potent political message that was in Carpenter’s films by focusing on the exploitation of the poor and the marginalised. 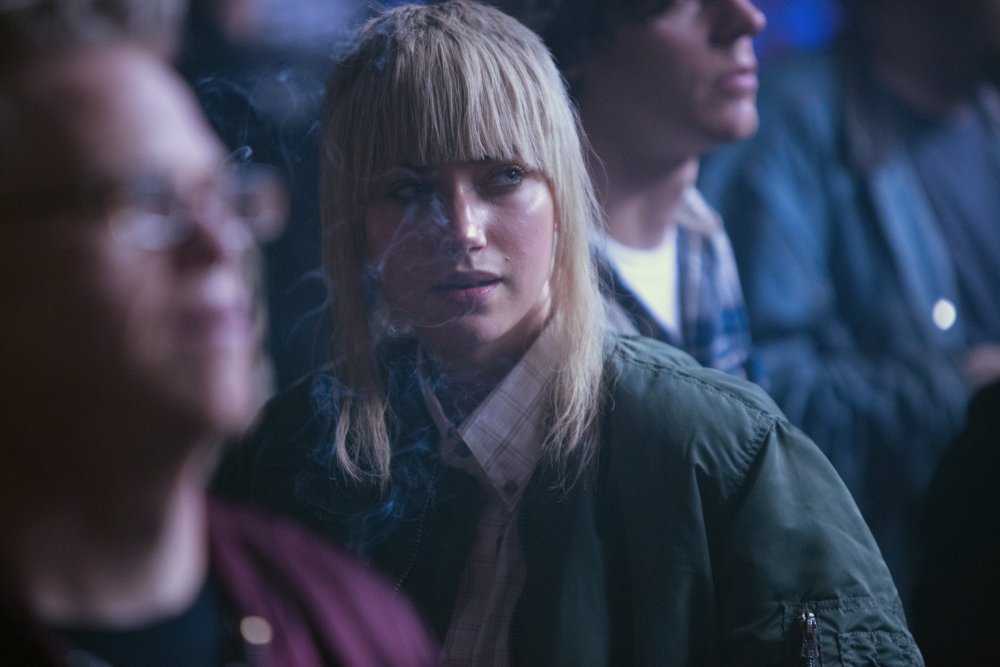 Carpenter is often remembered as a horror director but the action genre also provided some of his best movies. Both Assault on Precinct 13 and Escape from New York are fundamentally action films, the latter of which has clearly informed Jeremy Saulnier’s claustrophobic third feature Green Room, where a hardcore punk group fight for their lives against a gang of neo-nazis. The punk ethos of the film’s lead characters synchronises with the level of brutal violence and nail-biting tension, which is lifted straight from the Carpenter handbook. 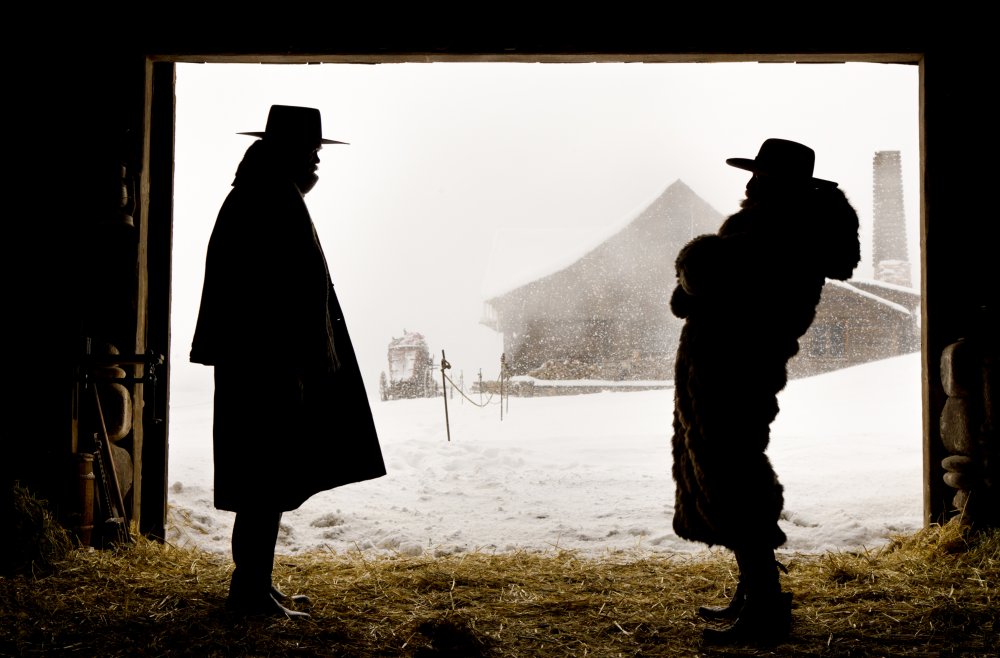 It’s not just young directors who are showing the impact that Carpenter made on their careers. 1982’s The Thing directly inspired Quentin Tarantino’s latest journey into the cold heart of the wild west. Tarantino admitted during a Q&A in December 2015 that it was the only movie he showed the cast of The Hateful Eight before filming. Not only is the sense of paranoia and claustrophobia palpable in both films, the brutal winter climate and the presence of Kurt Russell are also key elements. The results are different, but each of these movies is equally fun and savage to behold. 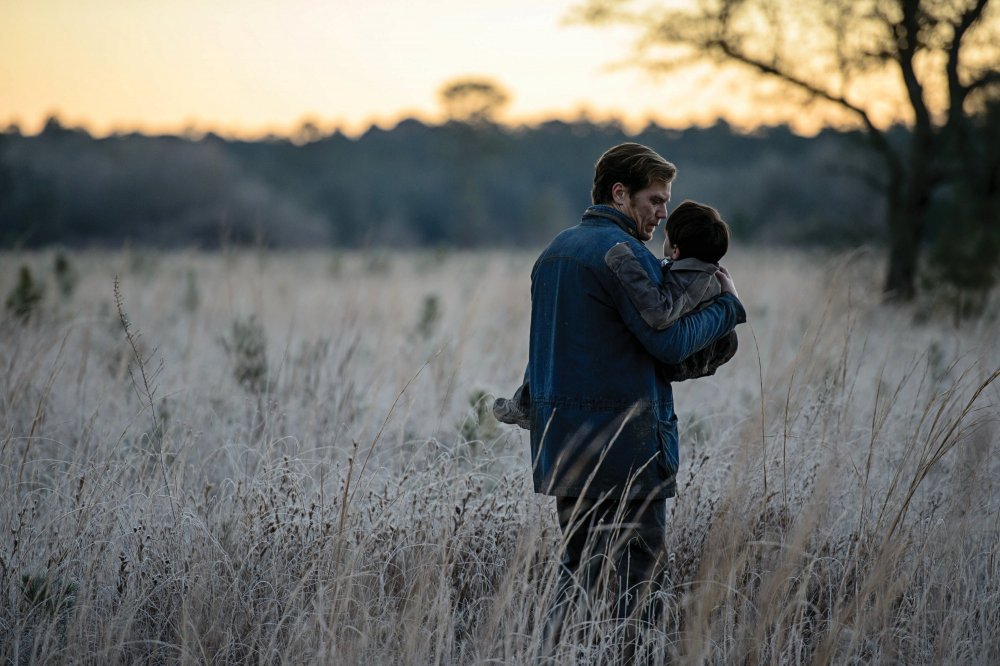 Who said that Carpenter was all blood and guts? The horror master showed his tender side in 1984’s Starman, a sweet sci-fi adventure starring Jeff Bridges and Karen Allen. Thirty-three years later and Nichols effectively remade it with Midnight Special. Both films feature a group of people, pursued by the government, trying to reach a specific location in America to help a powerful extra-terrestrial return home. Nichols’s film is much more stylised and contemplative than Carpenter’s, but both show equal amounts of heart and passion when telling a story that aims to appeal to all ages. 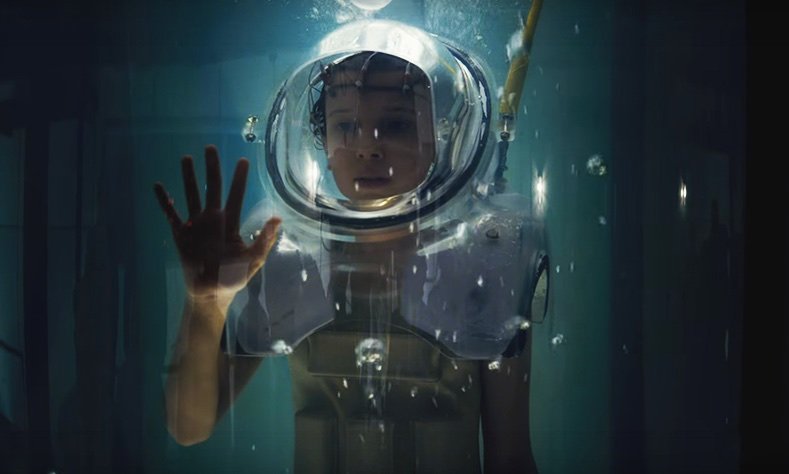 Stranger Things is a nostalgic celebration of all things from the 1980s. It pays obvious tributes to the works of Steven Spielberg, George Lucas and Stephen King. John Carpenter’s work isn’t as explicitly referenced but its influence is littered throughout the first season of this incredibly popular Netflix series. The show’s already iconic theme possesses the same bubbling mystery that Carpenter used on many of his own scores. A poster for The Thing hangs in the main hero’s bedroom. Even the series’ now infamous font bares a striking resemblance to the typeface used for Carpenter’s killer car film Christine (1983).