From Mildred Pierce to Johnny Guitar, these are 10 of the best places to seek out the scorching Hollywood style of Joan Crawford. 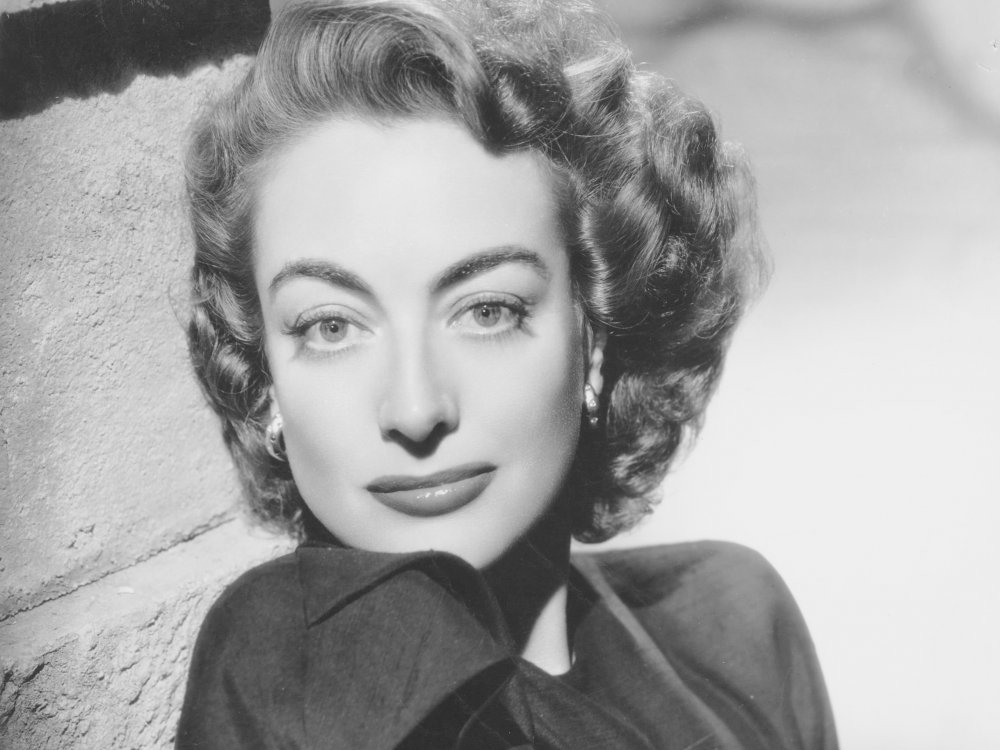 Spurred on by the events of a troubled youth (“I wanted to be famous, just to make the kids who’d laughed at me feel foolish.”), Crawford relished being an outsider and many of her finest performances tapped into her conviction that life was a struggle.

Her approach won her few friends within the film community, with Nicholas Ray once claiming: “As a human being, Joan Crawford is a very great actress.” But she understood what was required of her by the fans and made every effort to live up to their expectations of the image she had created (“if you want to see the girl next door, go next door”).

She remained in character to the end, as she reportedly cursed the maid praying at her deathbed on 10 May 1977: “Damn you! Don’t you dare ask God to help me!” 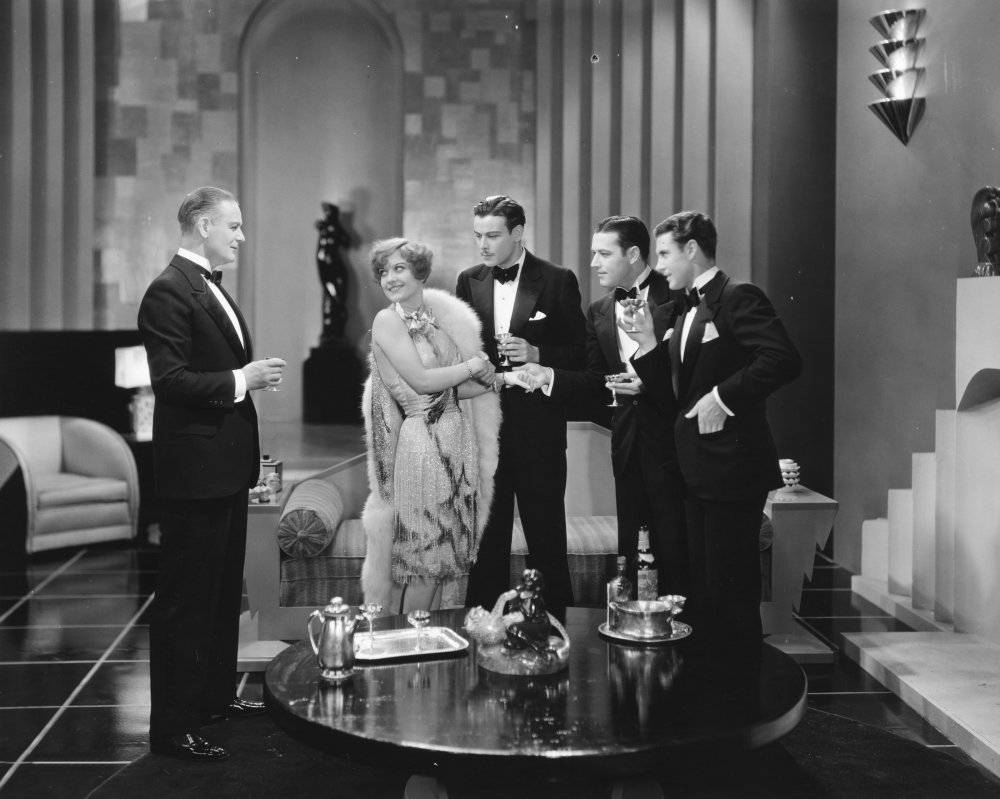 Crawford learned to act opposite Lon Chaney in Tod Browning’s The Unknown (1927), but she became a star in a sonorised Harry Beaumont melodrama, made in the image of Clara Bow’s It (1927).

Determined to play Diana Medwin, Crawford stole the screenplay that Josephine Lovett had adapted from her own newspaper articles and informed MGM producer Hunt Stromberg that she “was the flapper, wild on the surface, a girl who shakes her windblown bob and dances herself into a frenzy while the saxes shriek and the trombones wail, a girl drunk on her own youth and vitality”. She may be silent, but she’s also sensual and sensational. 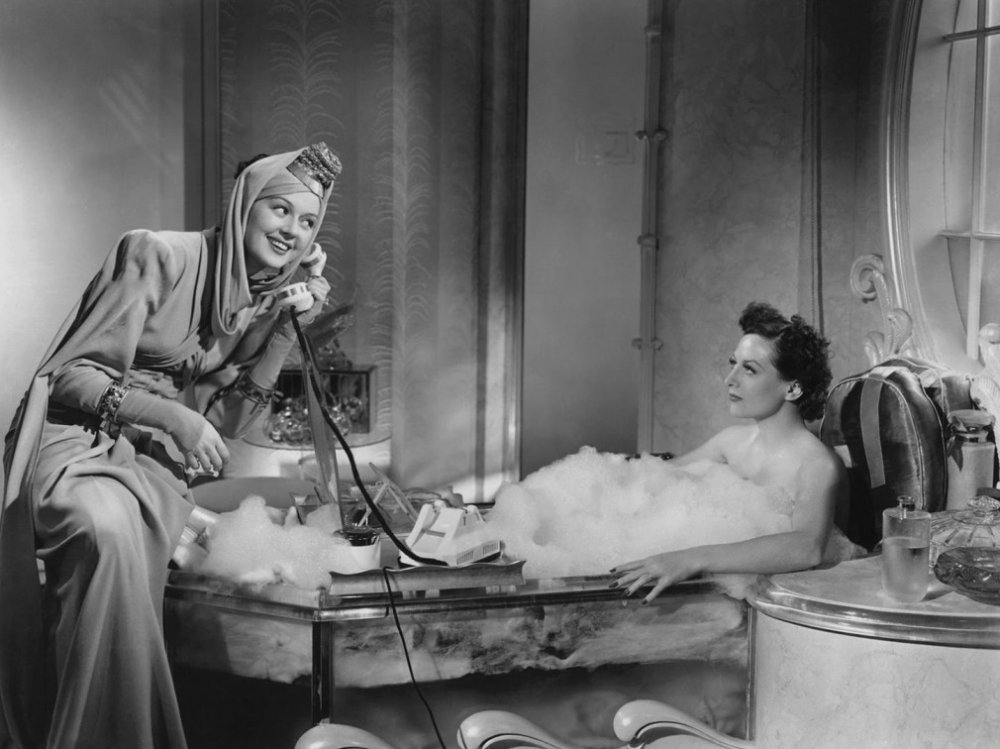 “There’s a name for you ladies,” Crystal Allen hisses during this fizzing femme fest, “but it isn’t used in high society – outside of a kennel.”

Having recently been branded “box-office poison” in a trade journal, Crawford settled for a supporting role in George Cukor’s adaptation of Clare Boothe Luce’s stage satire. This was also to even a score with co-star Norma Shearer, whose marriage to MGM producer Irving Thalberg she felt gave her an unfair advantage when it came to casting (“How can I compete with Norma? She sleeps with the boss!”). As the perfume-counter clerk who steals Shearer’s husband, therefore, Crawford wore her outsider status like a badge of honour. 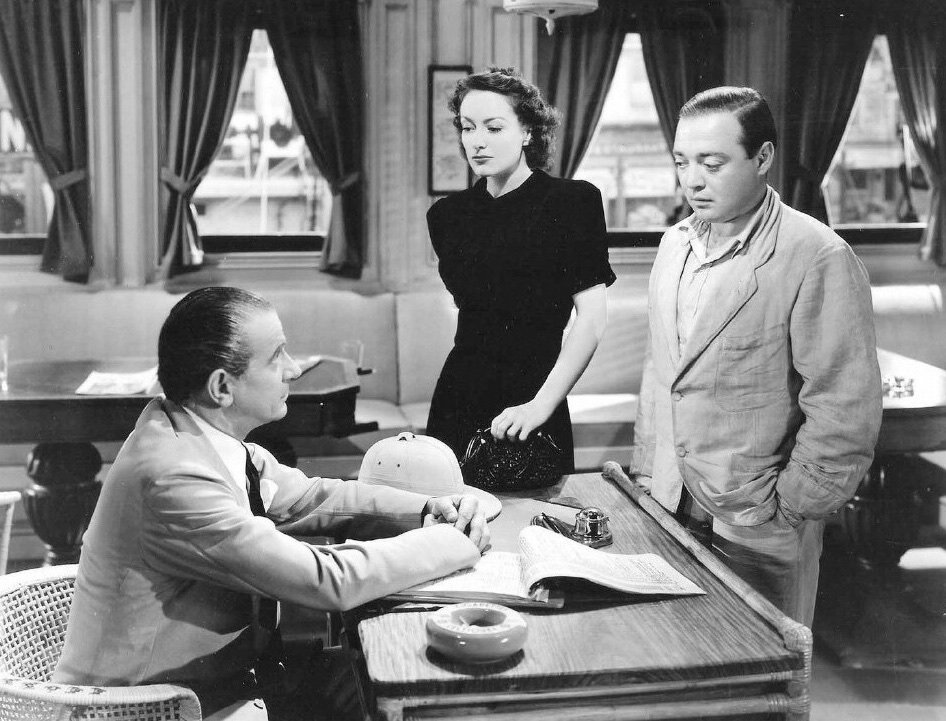 Adapted from Richard Sale’s novel Not Too Narrow, Not Too Deep, Frank Borzage’s steamy drama was condemned by the Catholic Legion of Decency for its messianic subtext. But, wearing $40 dresses and harking back to glamourless roles in Sam Wood’s Paid (1930) and Lewis Milestone’s Rain (1932), Crawford’s performance as saloon girl Julie is one of the gutsiest of her career.

Reuniting with Clark Gable for the eighth and last time, she allows some of the sourness that had seeped into their friendship to colour her brassy banter. But her special ire is reserved for Peter Lorre, as one of Gable’s convict cohorts attempting to escape from Devil’s Island. 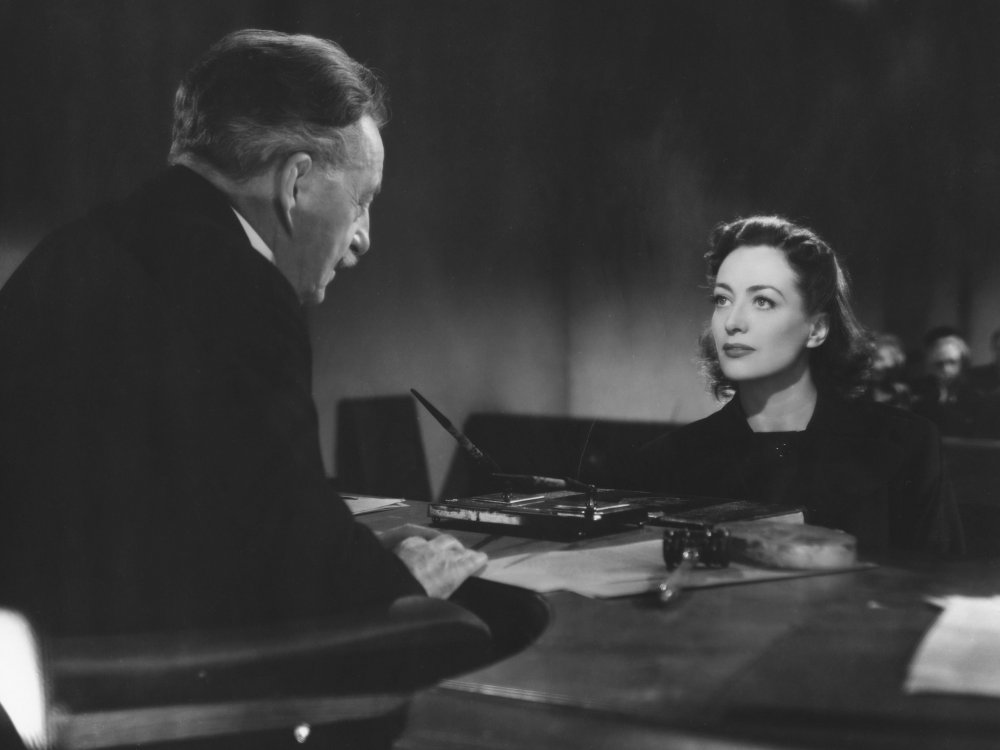 F. Scott Fitzgerald once declared that Crawford couldn’t “change her motions in the middle of a scene without going through a sort of Jekyll and Hyde contortion of the face”. Ironically, thanks to make-up artist Jack Dawn (who had devised Spencer Tracy’s look as Robert Louis Stevenson’s antihero earlier in the year), Crawford proved Fitzgerald resoundingly wrong in A Woman’s Face. She gives a display of expressive subtlety and interiorised intensity as a scarred blackmailer who undergoes plastic surgery in this Hollywoodisation of a French play – which had been filmed in Swedish with Ingrid Bergman. 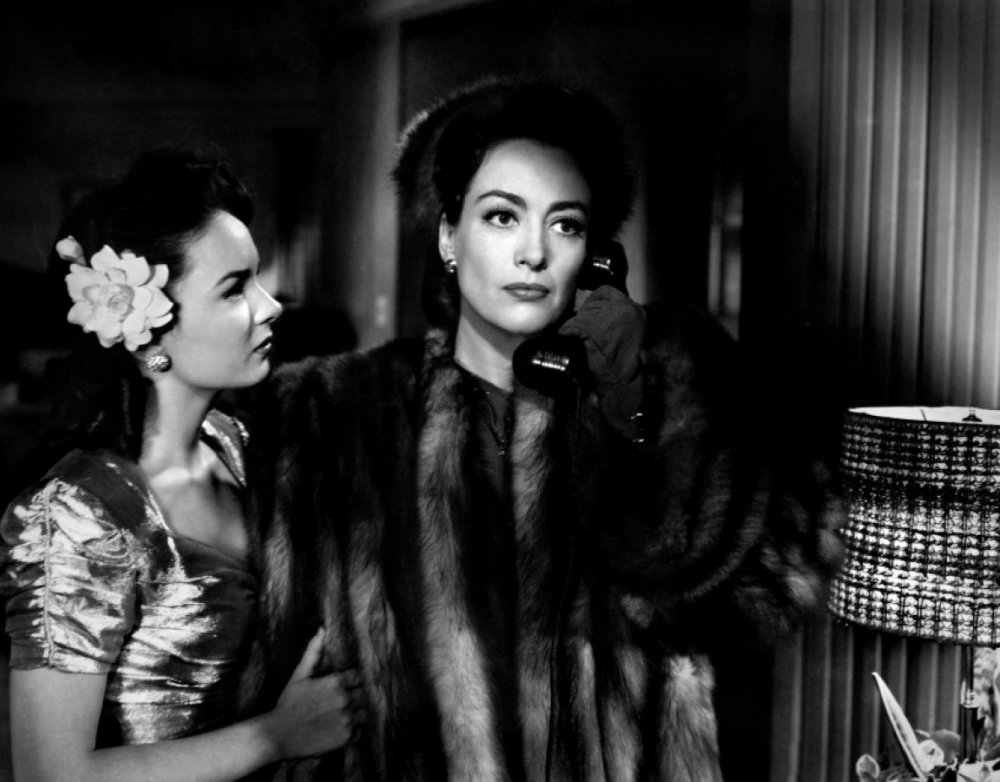 Nothing about Crawford’s fabled Oscar win came easily. No wonder she considered it the result of “200 years of effort”. She had to plead with Warners for the lead in this James M. Cain adaptation, which Bette Davis had refused to consider and Barbara Stanwyck was desperate to land.

Then, Michael Curtiz made “Phony Joanie” do a screen test after he had fumed: “She comes over here with her high-hat airs and her goddamn shoulder pads…Why should I waste my time directing a has-been?” But direct her he did, and Crawford responded by recasting noir notions of femme fatality, as she sacrifices herself for her ungrateful daughter. 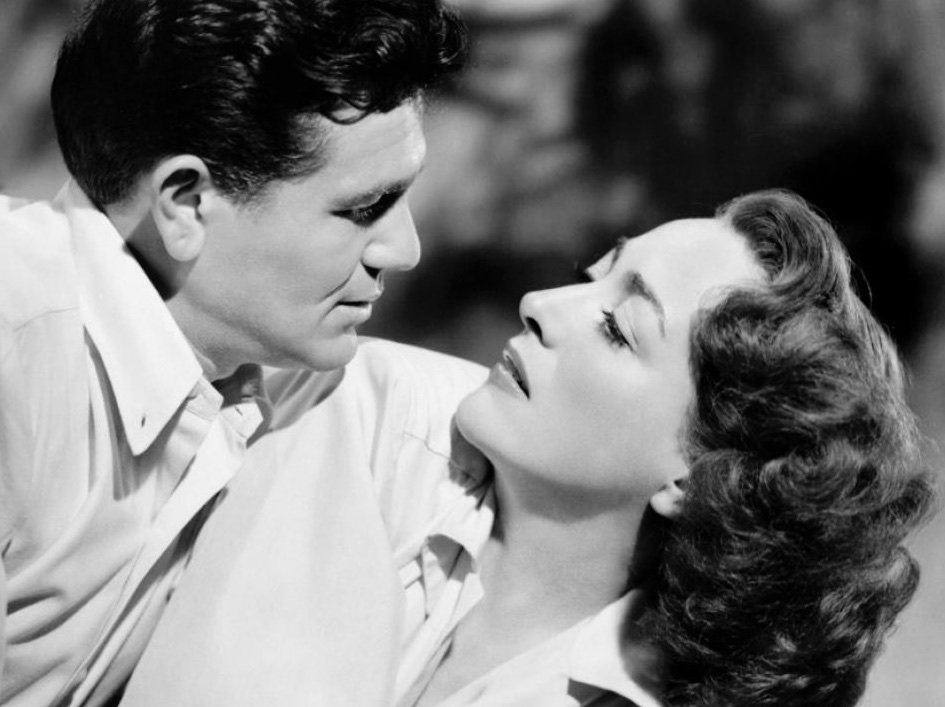 Leapfrogging Tallulah Bankhead and Barbara Stanwyck, Crawford landed the role of Helen Wright in this lustrous take on Fannie Hurst’s short story when producer Jerry Wald heard rumours from the Mildred Pierce set that she was back on form. When Crawford won her Academy Award during the shoot, Wald boosted her role and increased the costume budget.

Once again, she repaid the faith shown in her by letting slip a hint of vulnerability, as the alcoholic and neurotic patron of violinist John Garfield, who refuses to play “second fiddle to the ghost of Beethoven”. 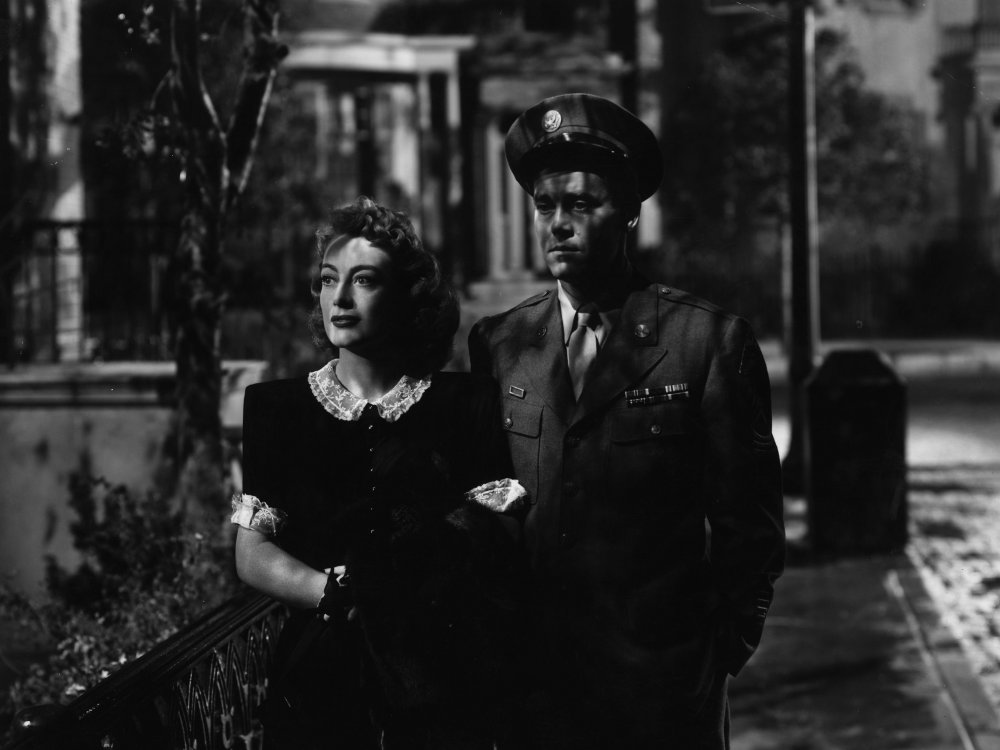 Always aware of her strengths as a performer, Crawford had tried to buy the rights to Elizabeth Janeway’s bestseller and pleaded with director Otto Preminger to cast her over Gene Tierney and Jennifer Jones. She might have conducted extensive research for her Oscar-nominated turn as a schizophrenic in Curtis Bernhardt’s Possessed (1947), but she’s more persuasive in this noir-tinged ménage with shell-shocked soldier Henry Fonda and adulterous lawyer Dana Andrews.

Few actresses had a better understanding of working women, and there’s a touching authenticity about the quiet pride that Crawford takes in both her work as a magazine illustrator and the bijou Manhattan apartment it has earned her. 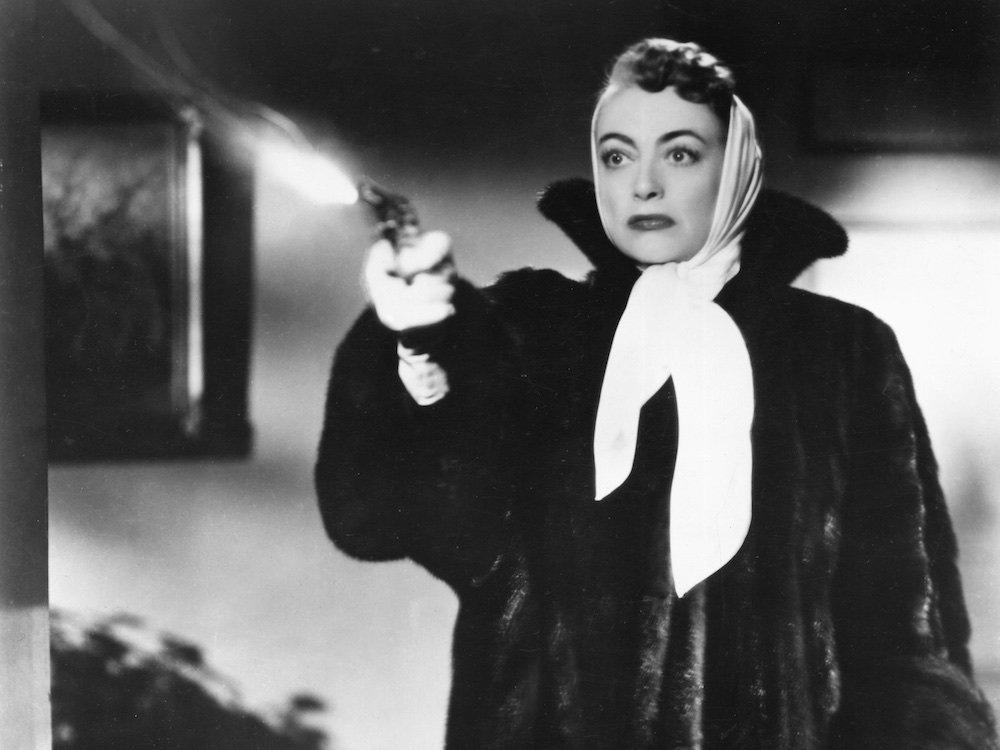 Although it failed to bring about a longed-for reunion with Clark Gable, this simmeringly suspenseful adaptation of an Edna Sherry novel did see Crawford rejoin forces with Lenore Coffee, who had scripted the duo’s 1931 potboiler, Possessed.

Having quit Warners following some unworthy projects, Crawford bounced back to critical favour as a San Francisco playwright who discovers that actor husband Jack Palance is planning to murder her before she can change her will. The sequence in which she listens in growing revulsion to the dictaphone recording of Palance and mistress Gloria Grahame is a masterclass in silent screencraft. François Truffaut called Crawford’s performance “brilliant” and it’s hard to disagree. 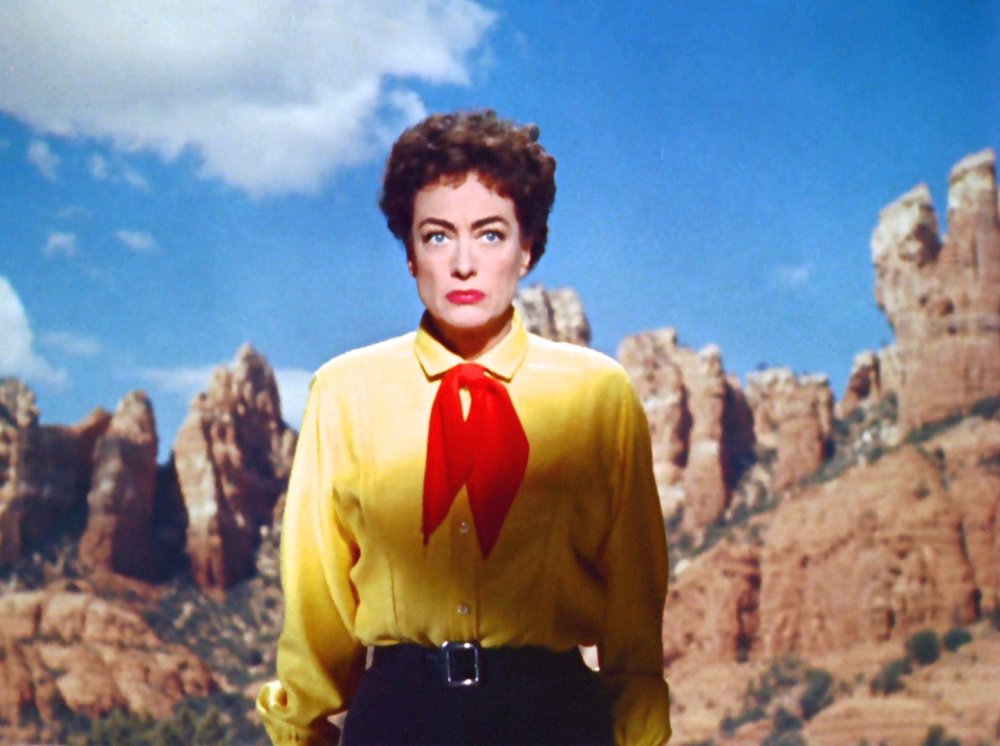 It’s safe to say that the Sedona, Arizona set of Nicholas Ray’s lyrically revisionist western wasn’t the happiest place to be. Playing a ruthless pro-railroad saloon owner, Crawford raged when the crew applauded co-star Mercedes McCambridge’s posse speech (“I guess if I were Joan Crawford I’d be mad if some Mamie Glutz horned in on my territory that way”), while Sterling Hayden avowed: “There’s not enough money in Hollywood to lure me into making another film with Joan Crawford.”

Yet this stylised blend of Freudian melodrama, sagebrush noir and anti-McCarthyist allegory has become a camp classic since Truffaut proclaimed it “the Beauty and the Beast of westerns”. 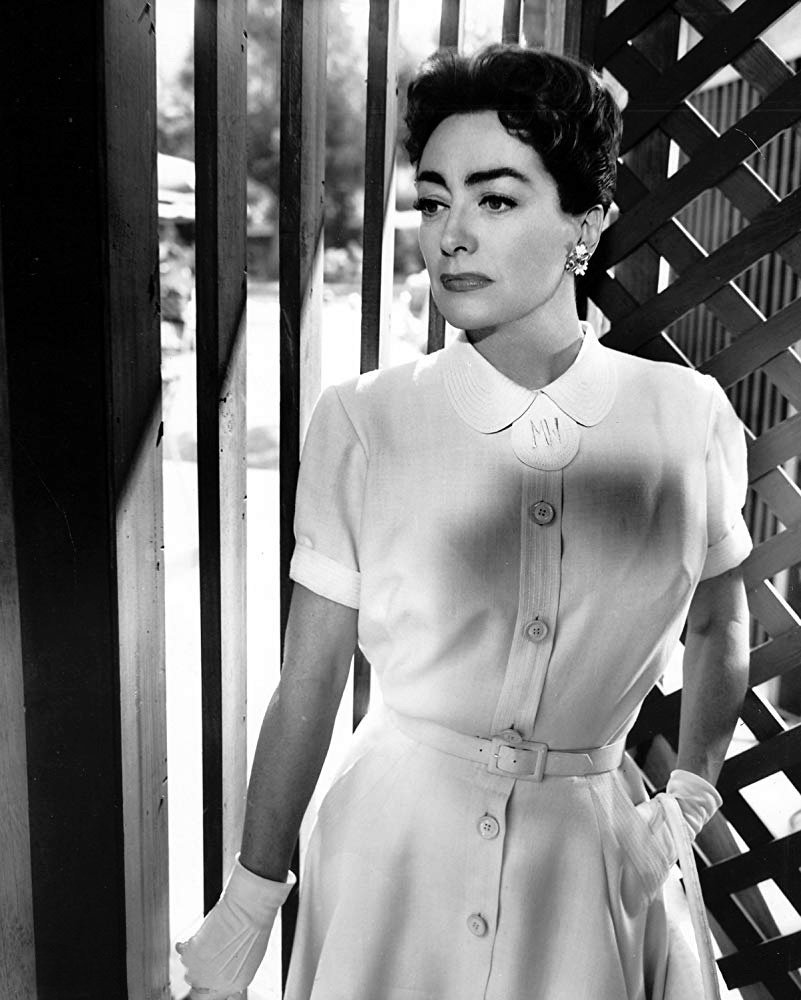 This may not be the Robert Aldrich collaboration that many will be expecting, but What Ever Happened to Baby Jane? (1962) belongs to Bette Davis rather than Crawford. The latter gives a much more revealing performance (Aldrich called her “a ‘method’ actress of her own concoction”) in this hard-boiled soap, which forms a gloriously histrionic trio with Joseph Pevney’s Female on the Beach and Ranald MacDougall’s Queen Bee (both 1955).

Crawford insisted it was “the best older woman/younger man movie ever made”. But, while the focus falls on the romance between her spinster typist and unstable veteran Cliff Robertson, the fascination lies in the subplots involving isolation, incest and insanity.