A handful of the very best films from the pioneering American indie filmmaker Jim Jarmusch, now into the fourth decade of his career.

The key, I think, to Jim, is that he went grey when he was 15 … As a result, he always felt like an immigrant in the teenage world. He’s been an immigrant – a benign, fascinated foreigner – ever since. And all his films are about that. — Tom Waits 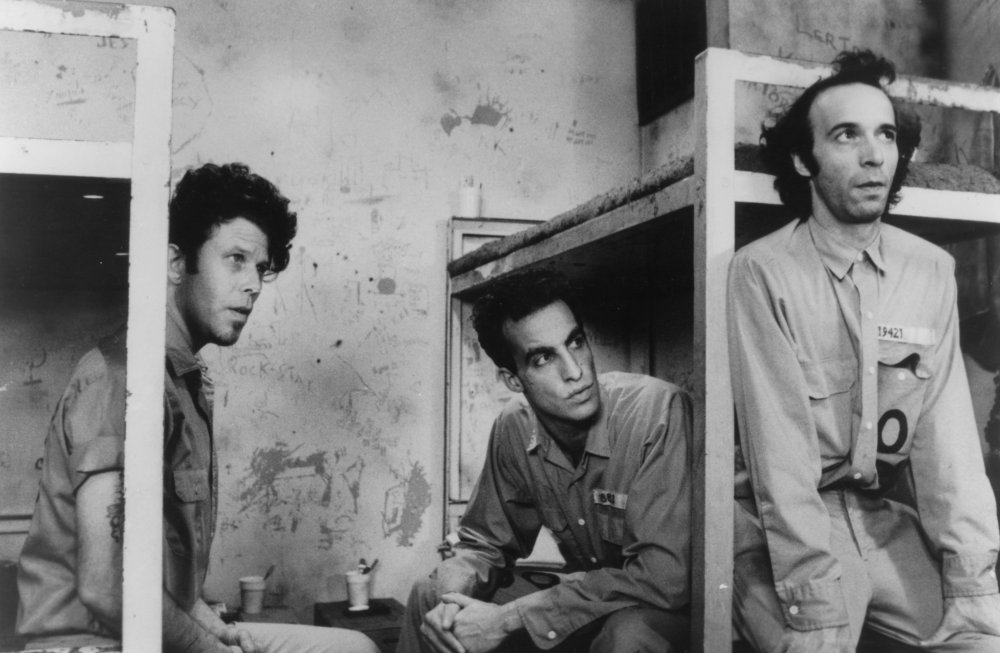 Jarmusch followed his auspicious debut Permanent Vacation (1980) and its brilliant follow-up Stranger than Paradise (1984) with another esoteric study in deadpan, outsider existentialism.

Gorgeously lensed in crisp monochrome by Dutch cinematographer Robby Müller (with whom Jarmusch would go on to forge a lasting partnership), Down by Law stars musicians John Lurie and Tom Waits as, respectively, a big-dreaming pimp and a deadbeat DJ who wind up in a seedy Louisiana slammer for crimes they didn’t commit. Shortly thereafter, they are joined by a diminutive Italian cellmate (future Oscar-winner Roberto Benigni) whose speciality is lifting the spirits of others with riddles and rhymes in cracked, pidgin English. The three men escape and embark on a magical, unpredictable journey across Deep South swampland.

Languidly paced, deeply felt beneath its poker-faced exterior, and shot through with a mordant wit, Down by Law is a cunning and memorable cinematic spin on the literature of the American wilderness.

Watch it for … The spine-tingling prison escape sequence.

Listen to ‘Jockey Full of Bourbon’ by Tom Waits.

“The excitement comes from the realization that we are seeing a true film maker at work, using film to create a narrative that couldn’t exist on the stage or the printed page of a novel.” Vincent Canby, The New York Times 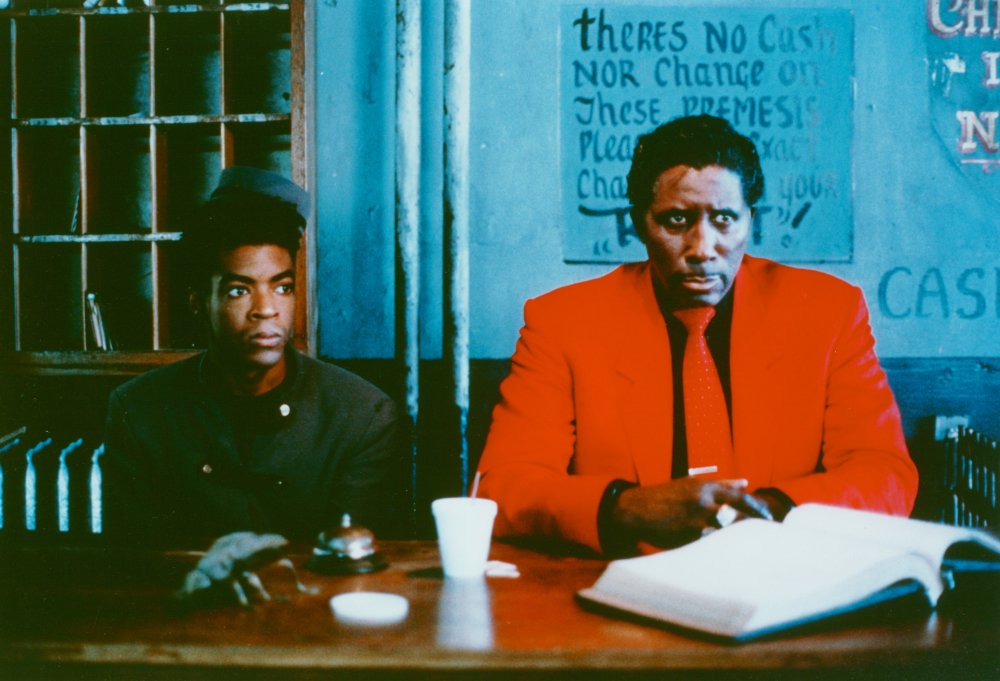 A fleabag Memphis hotel is the locus for a triptych of ostensibly disparate stories in this witty, cleverly structured paean to American musical mythos and cross-cultural communication.

Each tale contains sharply drawn contrasts. In the first, young Japanese lovers attempt to make the pilgrimage to Graceland – she is excitable and wholly dedicated to Elvis Presley (whose image is ubiquitous in the hotel); he shows more emotion through his elegant pompadour than his face, and prefers Carl Perkins. In the second, a recently widowed Italian woman holed up in the hotel finds herself quietly dumbstruck in the face of a garrulous Jerseyite. In the third, ‘Elvis’ (Clash frontman Joe Strummer), navigates the complex racial dynamics of cultural appropriation while facing a personal crisis.

No writing on Mystery Train would be complete without mention of legendary bluesman Screamin’ Jay Hawkins, who is a hammy hoot as the sharply attired hotel receptionist: unmoving and unflappable, he’s the lone constant in a world of transience.

Watch it for … Towering Tom Noonan’s terrifying cameo as a diner sleazeball with a tall tale to tell and dubious intentions.

Listen to ‘The Memphis Train’ by Rufus Thomas.

“Mystery Train is a puzzle movie as humanist manifesto. Not just attuned to the formal pleasures of synchronicity and repetition, it’s founded on the most basic facts of human commonality and difference: our lives are filled with shared experiences that we nonetheless feel and understand in disparate ways.” Dennis Lim, Criterion 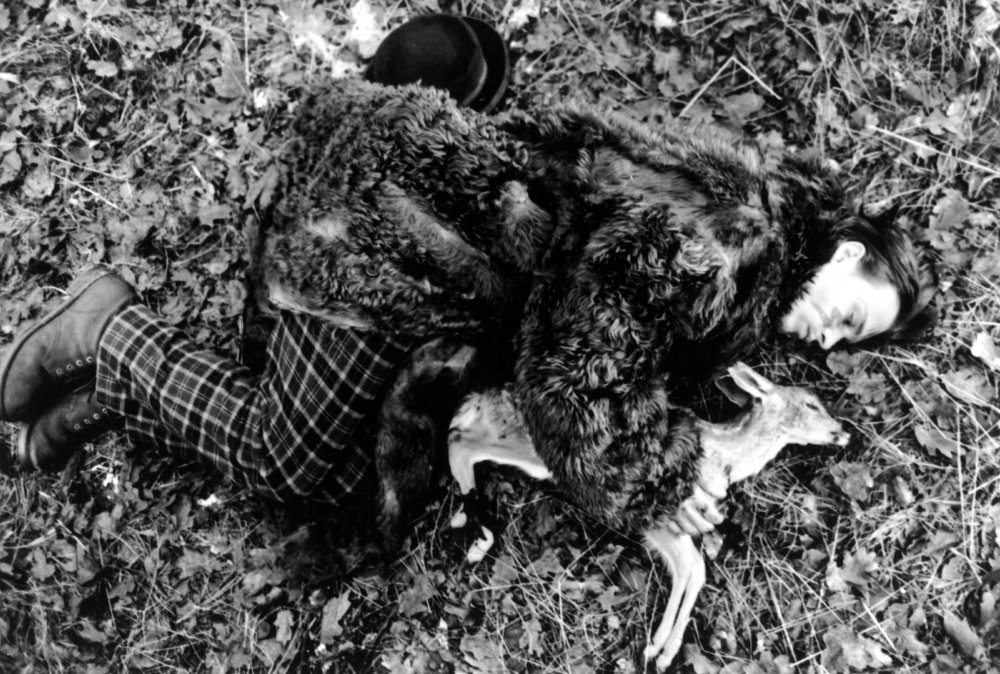 Following a string of charmingly low-key character pieces, Jarmusch took a hairpin turn into the land of genre experiment with this moody, postmodern western, once again beautifully shot in black and white by Müller. It’s arguably his most haunting and poetic work to date, and further notable for its sensitivity and genuine interest in exploring Native American culture.

Johnny Depp – then still in the dependably off-kilter stage of his career – stars as the meek accountant Bill Blake who heads west, and shoots a man because he’s in the wrong place at the wrong time. The panicked Blake flees to the wilderness where he’s befriended by an Indian named Nobody (the brilliant Canadian Cayuga actor Gary Farmer) who, in a classically Jarmuschian literary allusion, believes Bill to be the poet William Blake.

Working with a budget of $9m – by far his highest at that point – Jarmusch assembled a crack cast including Billy Bob Thornton, John Hurt, Iggy Pop, and Robert Mitchum in what would be his final film role. Neil Young’s superb guitar-based score, meanwhile, rattles throughout the movie like a snake.

Watch it for … Blake’s Crispin Glover-assisted train journey into hell.

“[Jarmusch’s] vision of the West’s culture of death doesn’t pander to the thrill-seeking audience: the violence is awkward, deglamourised; the pace unhurried. His cult followers may not be ready for a transcendental Jim Jarmusch. No matter. This strange, mystical Western is his most daring work.” David Ansen, Newsweek 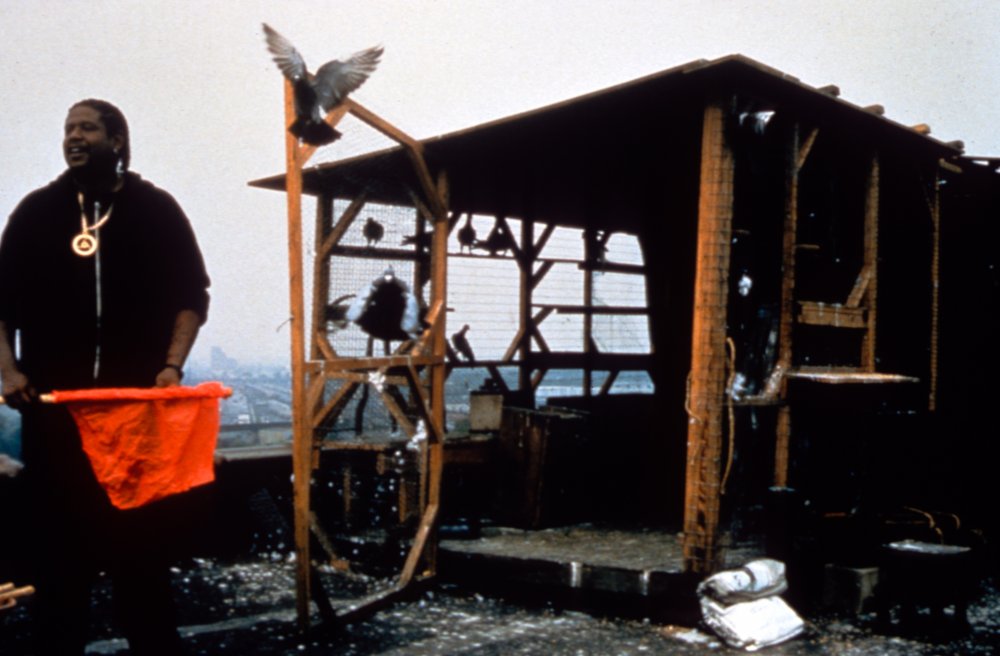 This quietly surreal tale continues Jarmusch’s ongoing fascination with outsiders and incongruous cultural codes. The hulking yet vulnerable Forest Whitaker is superb as the eponymous Ghost Dog, a perma-cool, self-taught samurai hitman (and pigeon fancier) who finds himself marked for death by the mafia, but remains bound by his own rigorous observance of Hagakure – the book of the samurai.

While the film builds at a measured pace, Jarmusch delights in his characters’ quirks and eccentricities, and makes satirical hay from the cross-fertilisation of pop cultural tropes. The virulently racist mobsters, for example, spend their downtime acting out to black American rap music (Wu-Tang Clan’s RZA, who also cameos briefly, contributes the atmospheric, beat-heavy score). Ghost Dog’s friendship with an icecream salesman (Isaach de Bankolé) who speaks only French, meanwhile, is one of the film’s most subtly moving threads.

Cinematographer Müller once again deserves fulsome praise for his sumptuous images; he crafts a seductive palette of deep blacks, steely silvers and inky blues that rest below the glaucous urban American skyline.

Watch it for … Ghost Dog’s extraordinarily resourceful – and completely silent – dispatch of multiple assailants. (Who said Jarmusch couldn’t do action?)

“At once a tribute to traditional notions of honour, loyalty, friendship and professionalism, and a stylish, ironic pastiche inspired by the likes of Melville and Suzuki, it’s very funny, insightful, and highly original, proving that Jarmusch has lost none of his wit, warmth or invention.” Geoff Andrew, Time Out 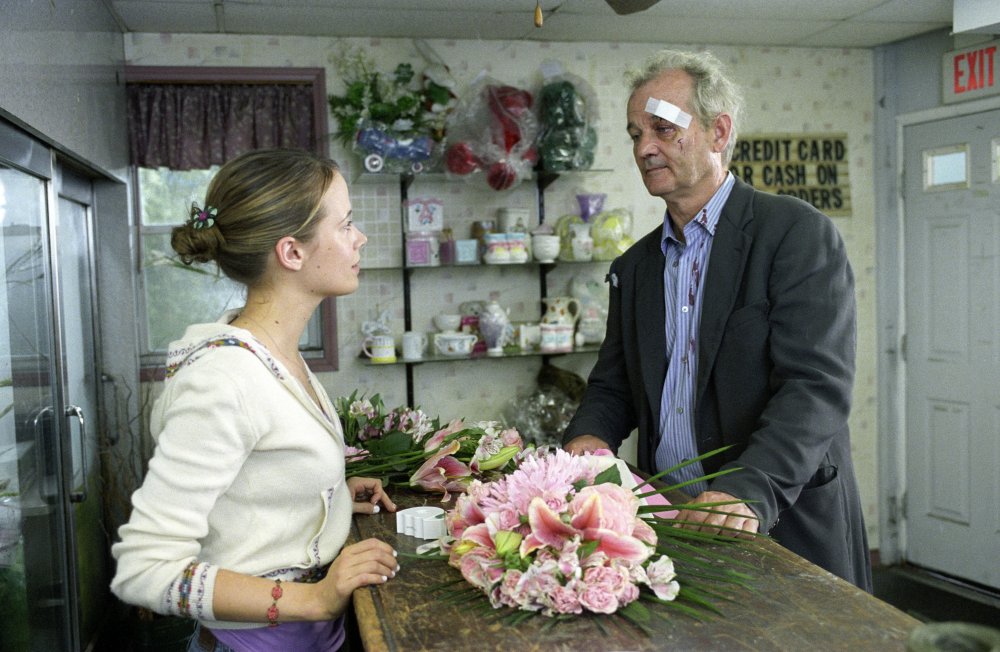 In Broken Flowers – which Jarmusch dedicated to the great French independent filmmaker Jean Eustache – Bill Murray is bruised, crumpled and brilliant as Don Johnston, a recently dumped man who receives an anonymous letter from a former lover informing him that he has a 19-year-old son who may be looking for him.

Persuaded by his busybody neighbour (the preposterously underrated Jeffrey Wright), Johnston embarks on a cross-country tour of former lovers, played by, among others, Sharon Stone, Tilda Swinton and Jessica Lange.

Sardonic and warm-hearted in equal measure, Broken Flowers’ brilliance is crowned by a typically eclectic soundtrack that runs the gamut from Marvin Gaye to Gabriel Fauré, and also made an international star of Ethiopian lounge lizard Mulatu Astatke.

“Like a perfect, short-lived love affair, its pleasure is accompanied by a palpable sting of sorrow. It leaves you wanting more, which I mean entirely as a compliment.” Dana Stevens, The New York Times