As the suave British star turns 80, we picked out 10 of his greatest performances. 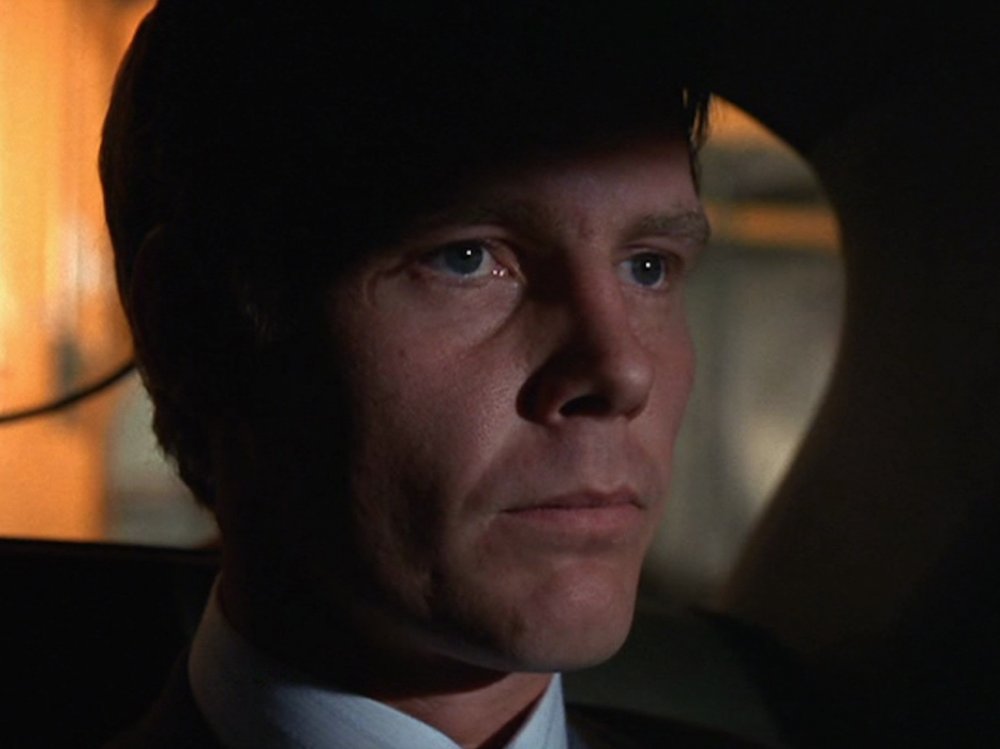 James Fox, one of British cinema’s most stylish and talented performers, celebrates his 80th birthday this year on 19 May. Born into a drama-orientated family, Fox was acting from an incredibly early age, landing leading roles even as a child. Resisting a more traditional career, he worked steadily in the 1960s in some of Britain’s most iconic films. Following a brief break from performing due to the stress of working on Donald Cammell and Nicolas Roeg’s Performance (1970), Fox soon returned to the screen and continues working to this day.

With smooth charisma, endlessly sharp style and the ability to immerse himself in roles with a restrained dignity, Fox is one of the great character actors of postwar British cinema. Whether as naive aristocracy, hardened East End gangsters or lost boys on Merseyside, Fox has always excelled in his roles and held his own against some of the biggest names in film. Here are 10 of his best. 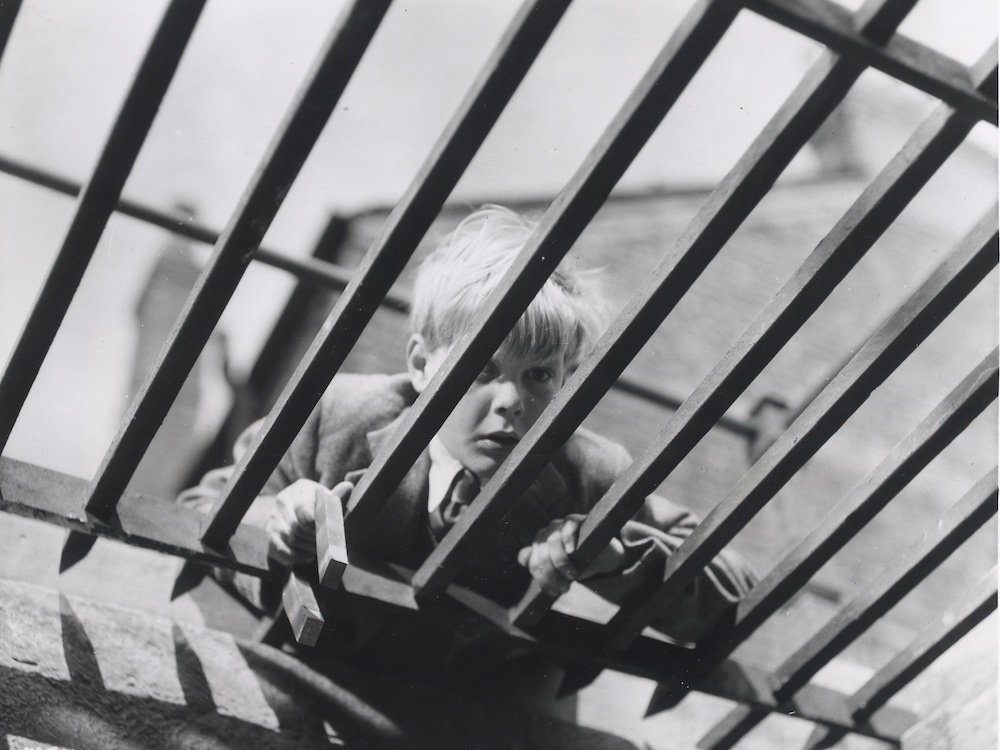 Charles Frend had made several films at Ealing Studios before this unusual, unique comedy. Set between the Wirral and Liverpool, we follow an 11-year-old Fox in only his second screen performance. He plays Johnny, a young boy who lives near New Brighton. After conning a magnet from a younger boy on the beach, he is convinced that he has caused irreparable harm with it and goes on the run to Liverpool. With Ealing’s typically unconscious darkness and a brilliantly sketched sense of place, Fox couldn’t have found a better big screen start. 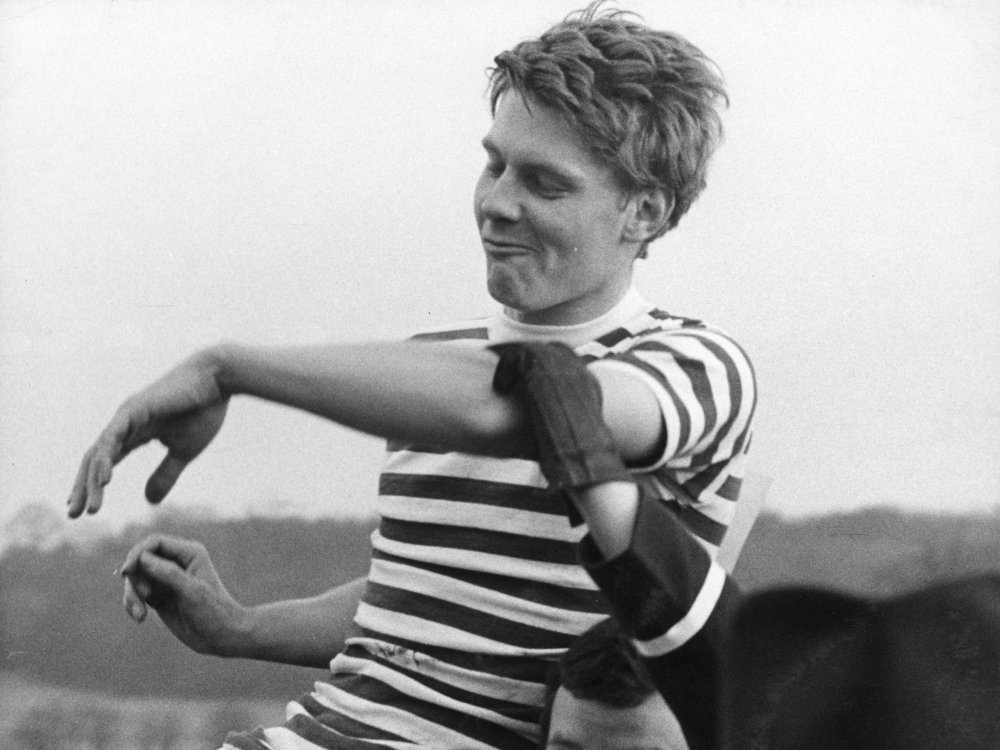 Though Tom Courtenay rightly takes the limelight in Tony Richardson’s Alan Sillitoe adaptation, Fox plays a vital role in the film’s main class battle, and it defined his archetypical cinematic persona. The narrative builds towards a final cross-country run in which a number of borstal boys compete against the local public school. Whilst Courtenay represents the former, Fox represents the latter. Richardson purportedly offered Fox the role while he was working in a bank, much to the dismay of his father who wanted him to maintain a steady financial career. But Fox accepted, and his defining of the character in very little screen time is skilfully achieved. He makes the perfect ‘posho’ foil against Courtenay’s Colin Smith. 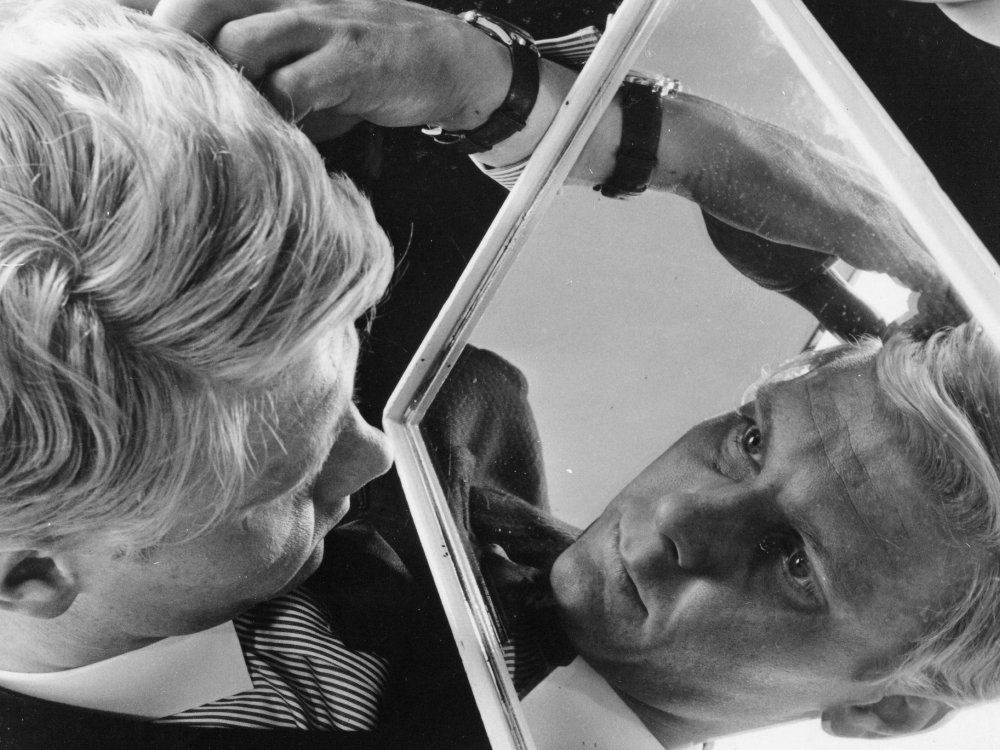 With a biting script from Harold Pinter and stylish direction from Joseph Losey, The Servant really gave Fox a chance to shine as the slowly collapsing aristocrat unknowingly under the thumb of his manservant. Playing opposite Dirk Bogarde’s astoundingly malignant Barrett raises Fox’s game as the roles of power become slowly and disturbingly reversed. Sharing romantic scenes with Sarah Miles, who Fox was dating at the time, also produced some of the most tense and sultry sex scenes in British cinema thanks to Losey’s masterful direction and a genuine on-screen chemistry.

Those Magnificent Men in their Flying Machines (1965) 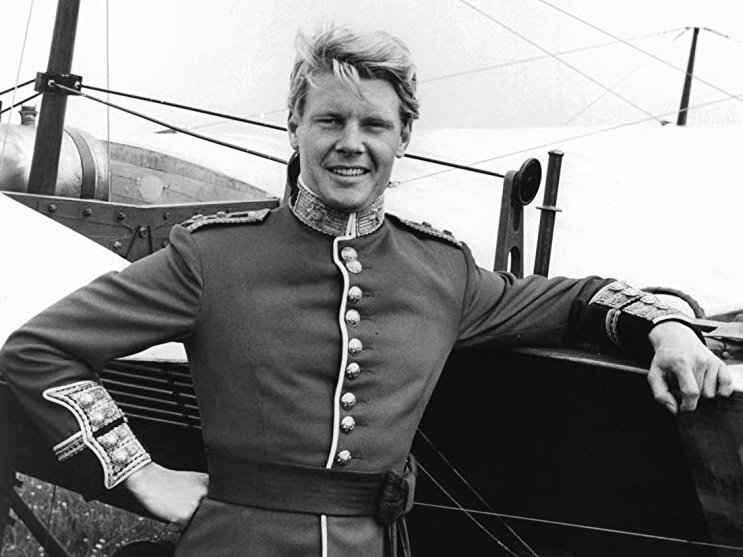 In Ken Annakin’s epic screwball, Fox represents Britain in a daring and dangerous attempt by early pilots to cross the English Channel. Facing off stiff competition from an array of international characters, including the dastardly Terry-Thomas, the tough Stuart Whitman, the suave Jean-Pierre Cassel and a manual-obsessed Gert Fröbe, Fox must triumph over his competitors to win the heart of Patricia, again played by Sarah Miles. With an array of pratfalls and stunts Annakin fills the screen with marvels and never leaves out any member of his impossibly large cast. Fox is absolutely playing to type as the sporting gent Richard Mays and certainly holds his own against the international competition. 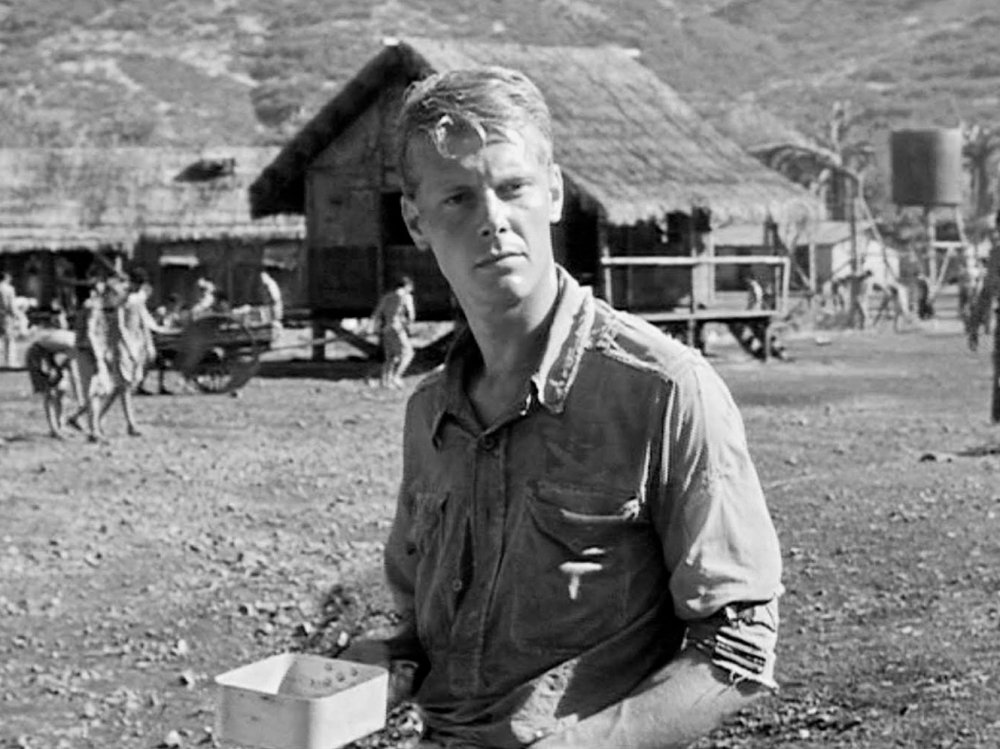 Bryan Forbes’ King Rat sees Fox give one of his most nuanced and complex performances as Marlowe, an RAF officer held in a Malaysian prison camp during the Second World War. Deciding to bend the rules and follow the lead of the camp’s underground racketeer, King (George Segal), Marlowe must decide where his allegiances lie in his growing battle with the camp’s appointed military police provost, Grey (Tom Courtenay). Respective roles are unusually reversed for the two British leads, with questions of power and class upended by the film’s dramatic situation. The earlier battling of the actors in Richardson’s film is subverted, with Fox playing the de-ranked rebel and Courtenay the working-class sergeant drunk on newly given power. 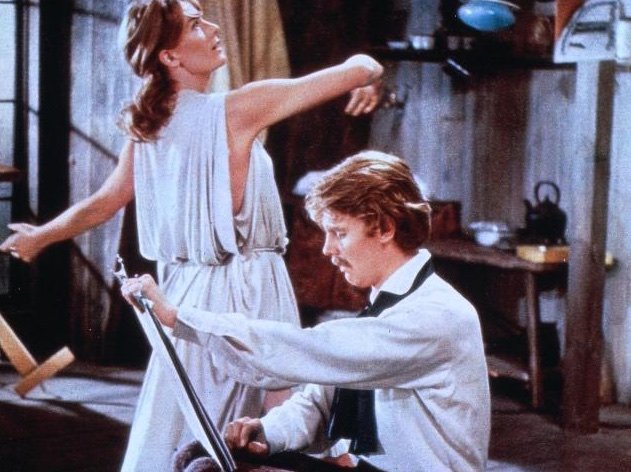 Though very much centring on a magnetic performance from Vanessa Redgrave, Karel Reisz’s film, following the complicated life of bohemian dancer Isadora Duncan (Redgrave), is also marked by the dancer’s many lovers. The first and seemingly most pivotal is Gordon Craig, a fellow bohemian artisan played with finesse and humorous vigour by a moustachioed Fox. His entrance as the foppish designer — donned in swishing cape, velvet jacket and frilly shirt — may be one of the actor’s most stylish. He is seemingly one of the few men to match Redgrave’s equally lavish and flamboyant demeanour. Fox excelled at this type of role, appearing for only a few scenes but leaving his mark on both the characters of the film and the audience viewing it. 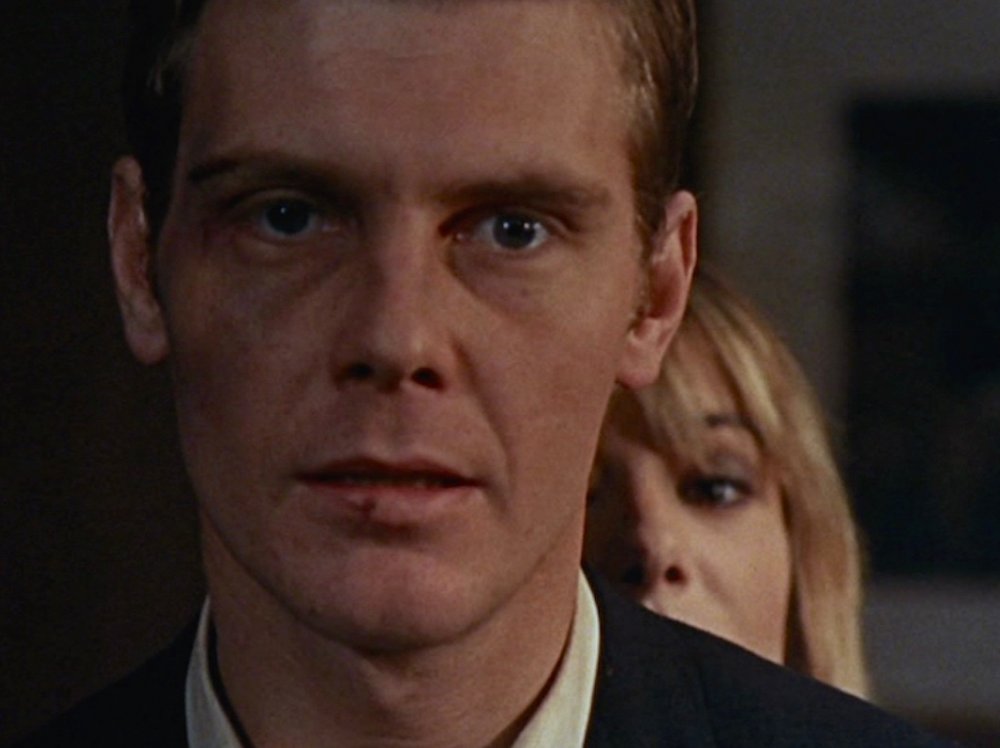 Held back for a number of years after its original shoot in 1968, Donald Cammell and Nicolas Roeg’s dazzling Performance is a heady mixture of dark psychedelia, East End gangsters and labyrinths of identity. Though just as famous for a remarkable performance from Mick Jagger, Fox is at the heart of the film’s allure. Playing against type, Fox spent many weeks learning to box around real members of the underworld, genuinely becoming the hard man of the film; perfect for putting the frighteners on local businesses. Taking the role to levels beyond the norm took its toll on Fox, who subsequently retired from acting for several years. He left behind, however, one of the most terrifying British screen characters in the form of Chas. 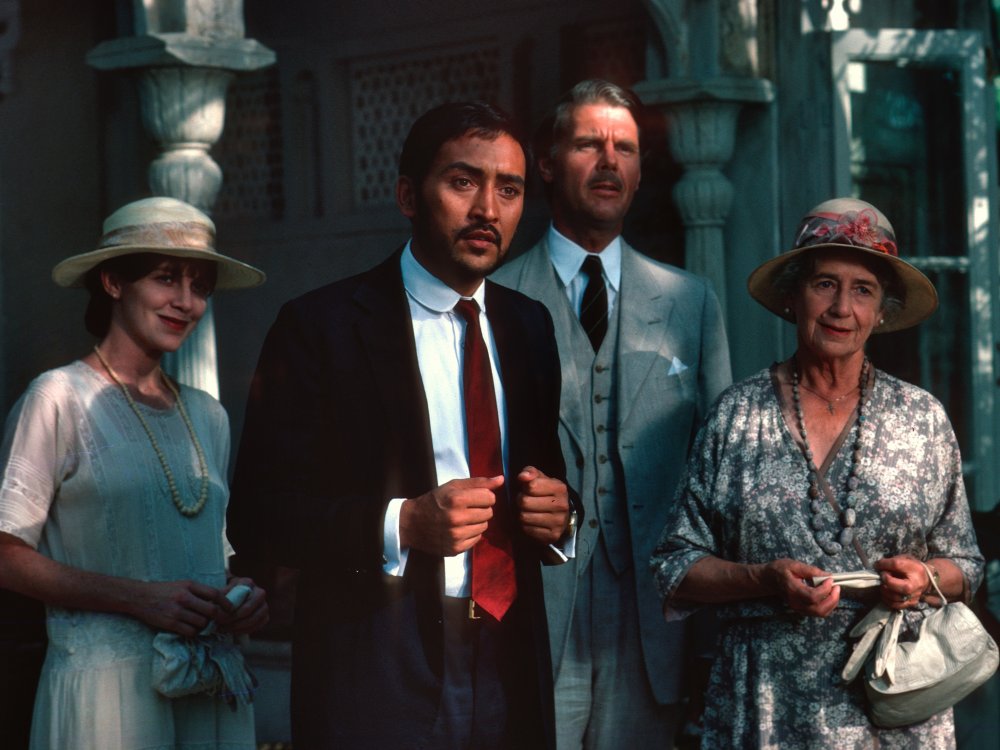 Though David Lean originally wanted Peter O’Toole to play the part of Fielding in his E.M. Forster adaptation, the role eventually went to Fox. In later years, Fox proved adept at period dramas, bringing a cold, Pinter-esque knowing to his various performances, often aware of the inherent irony behind nostalgia for troubled pasts. Here, the actor is somewhat lighter and is allowed some warm character moments. Fox was so effective in his role as the liberal local school superintendent that he was nominated for a BAFTA for Best Supporting Actor. Lean’s film is certainly one held together by its performances, and Fox’s casting is pitch perfect. 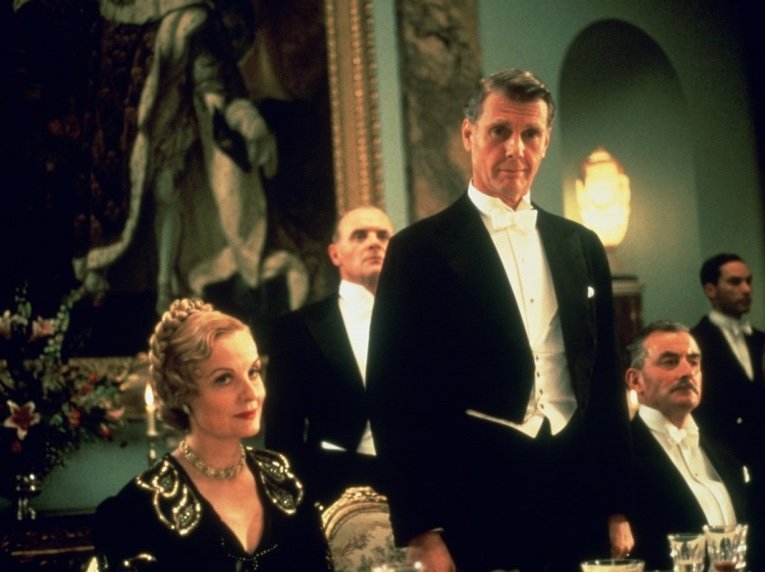 One of the most celebrated British films of the 1990s, James Ivory’s adaptation of Kazuo Ishiguro’s novel was well rewarded for its array of high calibre performances. Perhaps overshadowed by Anthony Hopkins and Emma Thompson’s Oscar-nominated roles, Fox’s typically subdued but brilliant performance as Lord Darlington still shines through. Being gullibly duped by a range of far-right activists in the run-up to the Second World War, Darlington feels reminiscent of Tony from Losey’s The Servant, who is equally easily used due to his wealth of naive privilege. Even having a more loyal manservant in Hopkins’ Stevens can’t save Darlington’s deeply misguided political manoeuvres, and it is to Fox’s credit that this figure is rendered with human complexity rather than simply as a caricature of aristocratic blundering.

Jonathan Glazer’s Sexy Beast is in many ways indebted to Roeg and Cammell’s Performance. Again mixing avant-garde visuals with violent gangsters, Glazer paid tribute to Roeg and Cammell with aplomb. What better way to give a further nod than to cast Fox, this time as the insider, Harry (perhaps there’s another nod in the form of Chas’s boss’s namesake, Harry Flowers). He is the wealthy inside man who trades the info required for the heist at the heart of the film. Though far more in line with Fox’s typical characters – rich, dignified but with something darker bubbling underneath – his evolution from Chas to Harry is an effective and innovative hat tip to the actor’s earlier, pivotal role.