From The Apartment to Glengarry Glen Ross, here are some of the best Jack Lemmon movies. Decency-wise and otherwise-wise. 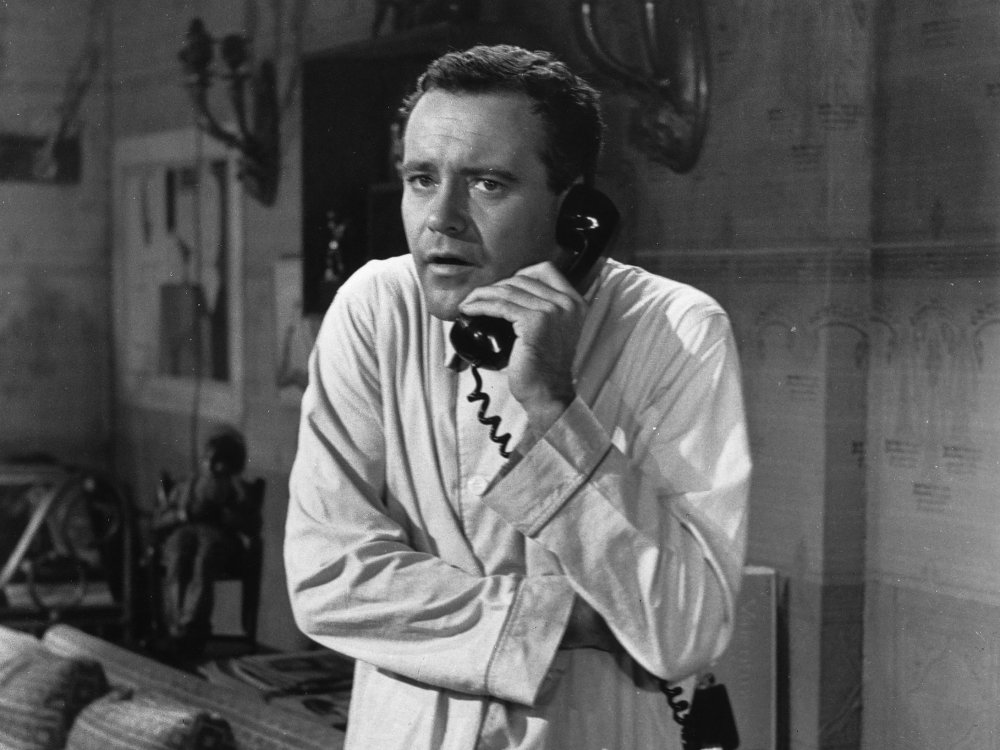 Considered one of the greatest comedic actors of American cinema, Jack Lemmon could convey pathos or hilarity with an ease and charm like no other. Director Billy Wilder claimed “happiness is working with Jack Lemmon”, and their collaborative relationship is one of Hollywood’s most enduring.

After a stint on Broadway, Lemmon had his first big film role opposite Judy Holliday and Peter Lawford in It Should Happen to You (1954). He continued working until his death in 2001. With a career spanning decades – earning two Academy Awards along the way – Lemmon’s unmistakable sense of levity graced everything from the comedy classics of the 1960s to powerful dramas such as Missing (1982), also taking in cameo roles in Robert Altman gems The Player (1992) and Short Cuts (1993). 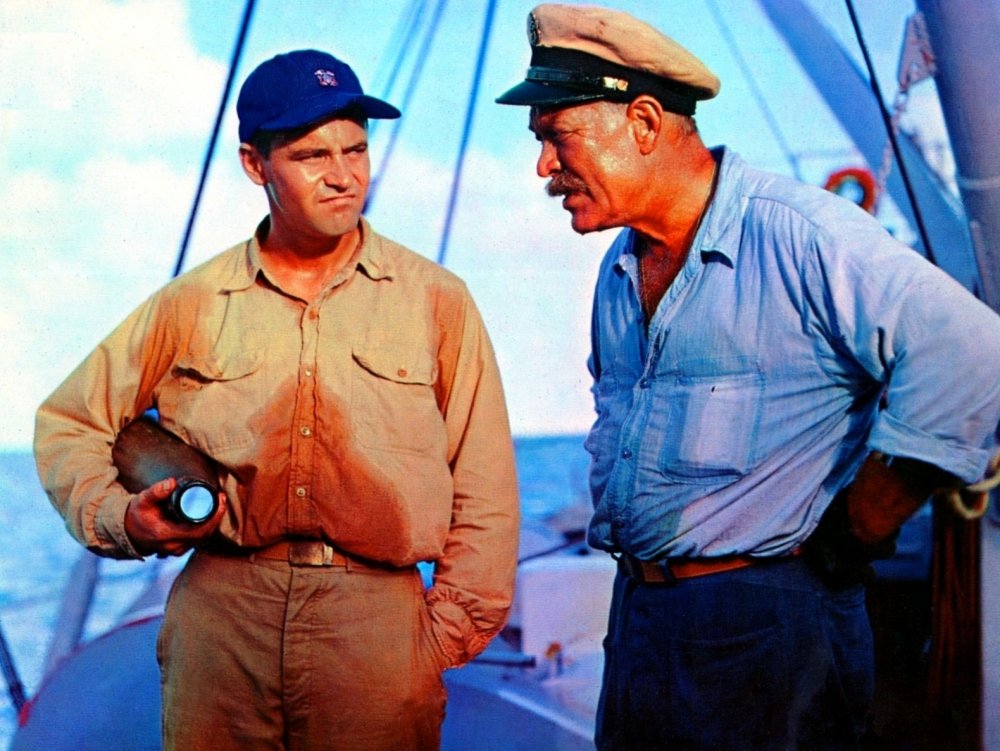 Winning his first Oscar (for best supporting actor), Lemmon brought his idiosyncratic comic manner and musicality to this navy comedy drama, based on the novel and play by Thomas Heggen. Lemmon plays hapless Ensign Pulver in a boundlessly enthusiastic performance, emanating charisma and showing quite plainly how he became such a likeable screen presence. Co-starring Henry Fonda, William Powell and James Cagney, the film is somewhat hindered by its stagey setting and muddled tone, possibly due to the change in director during filming, from John Ford to Mervyn LeRoy. 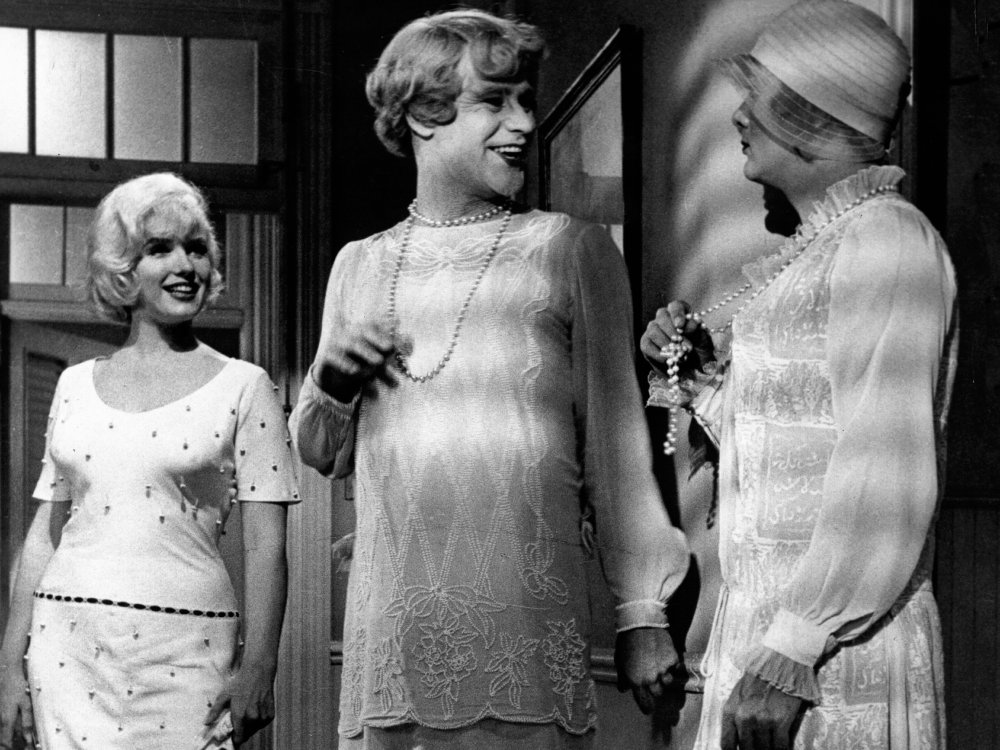 The first of seven films with Billy Wilder, and Lemmon’s most iconic comedic performance. On the run after witnessing the St Valentine’s Day massacre, musicians Jerry (Lemmon) and his partner Joe (Tony Curtis) disguise themselves as women and escape in an all-girls band, befriending Marilyn Monroe’s magnificent Sugar Kane along the way. It’s timeless farcical fun, with every scene expertly executed. One of the film’s greatest joys is the way Lemmon immerses himself into his alter ego Daphne – his enthusiasm is infectious. 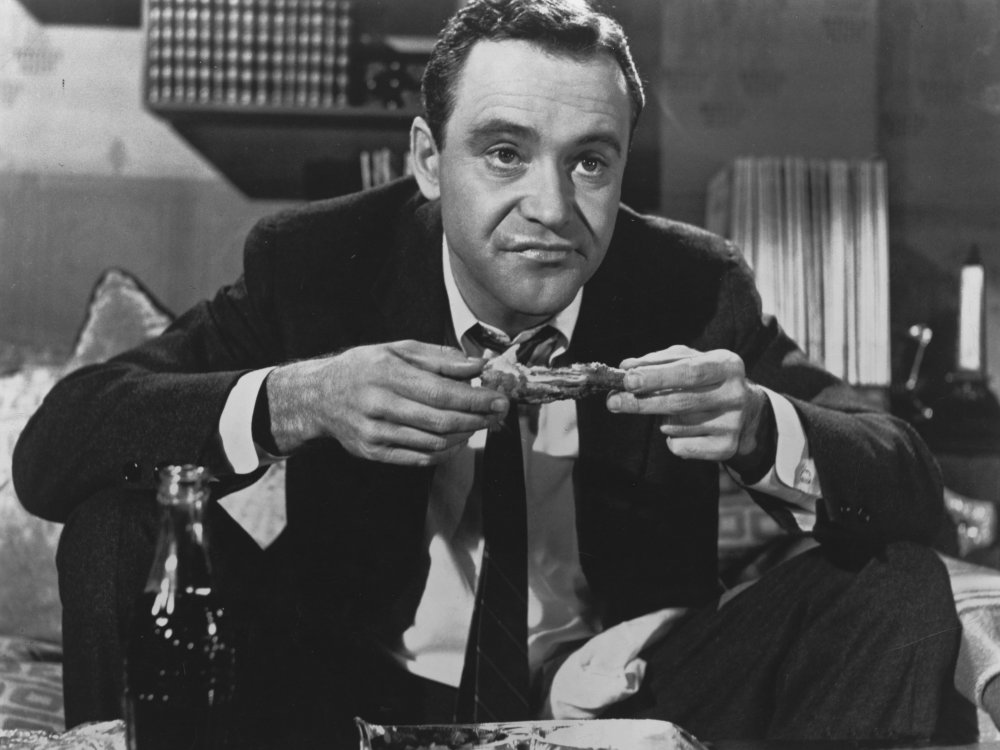 Lemmon often played the downtrodden, likeable schmuck, but never more splendidly or more sensitively than in his second teaming with Wilder. A blackly comic portrayal of loneliness, power and male entitlement, The Apartment tells the story of junior office worker C.C. Baxter (Lemmon), coerced by senior executives into using his apartment for personal liaisons, with a sparkling Shirley MacLaine as the romantic foil. When Wilder and Lemmon worked together, their strongest films brought darkness and delight to the screen with sophistication, humour and a biting satirical edge. This is their masterpiece, a wry comment on the vicious world of corporate America, but with an ending as romantic and beautiful as Hollywood ever mustered. 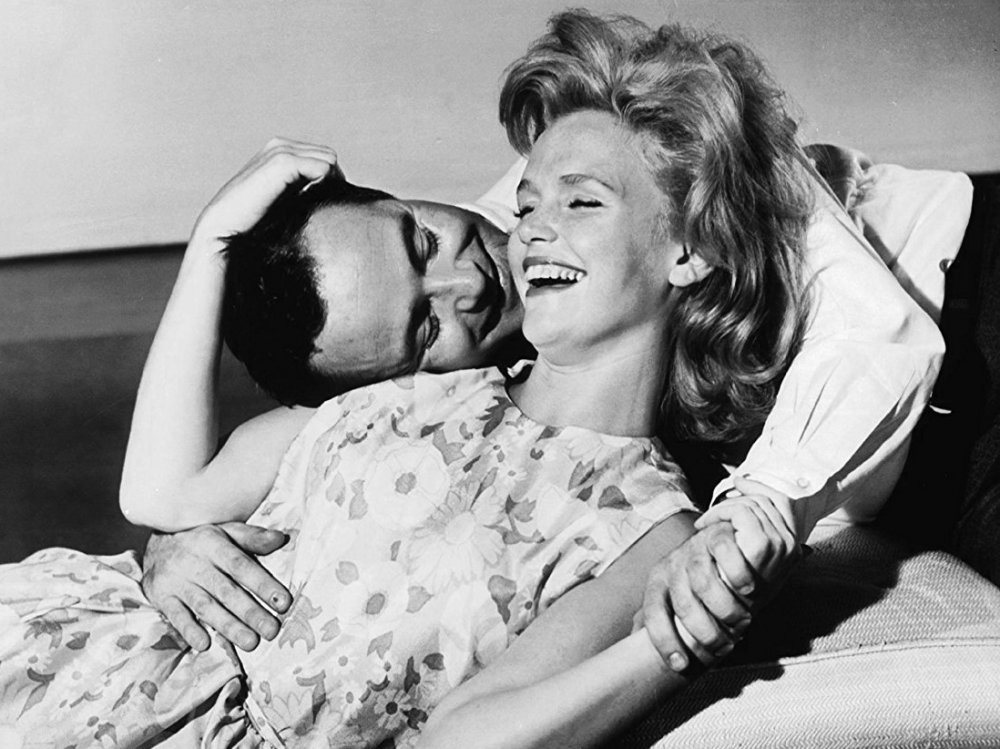 Lemmon and co-star Lee Remick both earned Oscar nominations for their compelling performances in Blake Edwards’ startling depiction of a couple falling through a downward spiral of alcoholism and addiction. This heartbreaking domestic drama features one of Lemmon’s most moving roles, finally proving his versatility and dramatic credibility after so often playing the clown. As PR executive Joe Clay, he’s superb, showing with subtle fragility how easy a social drinking habit can turn to destruction and despair. 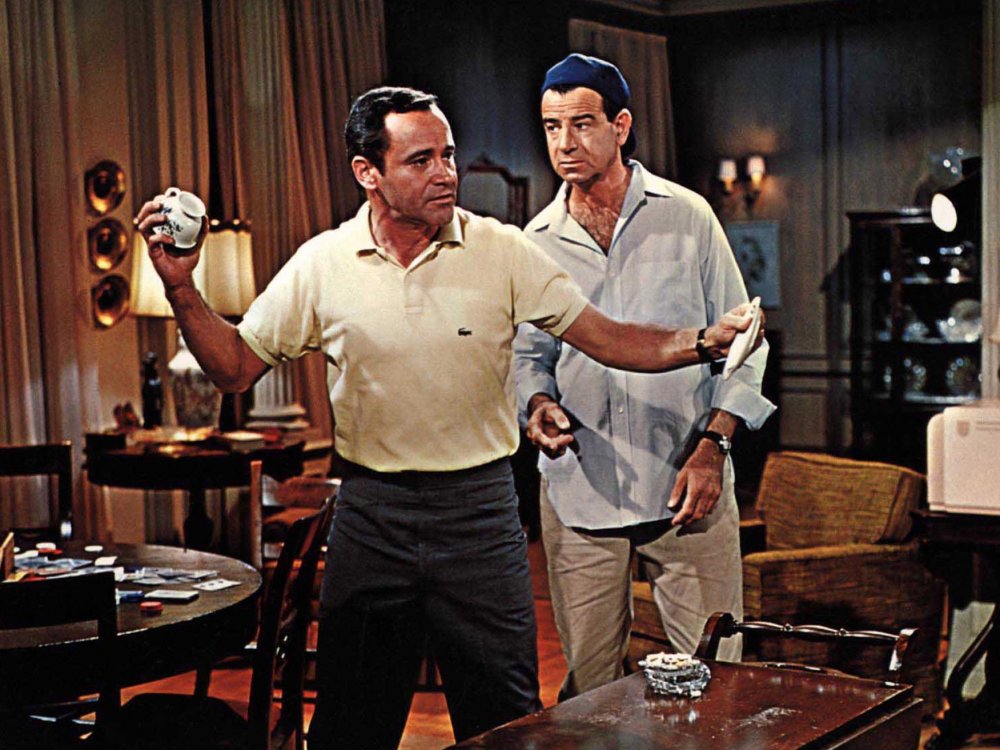 Of their 11 collaborations, this is Lemmon and Walter Matthau’s most famous and successful pairing, bringing Neil Simon’s popular play about two divorced men sharing a Manhattan apartment to the big screen. The comedic chemistry between Lemmon’s fussy, neurotic Felix Ungar – “the only man in the world with clenched hair” – and Matthau’s crotchety cynic Oscar Madison is irresistible, hilarious and a perfect representation of Lemmon’s range, spanning tragic and cheery in an instant. 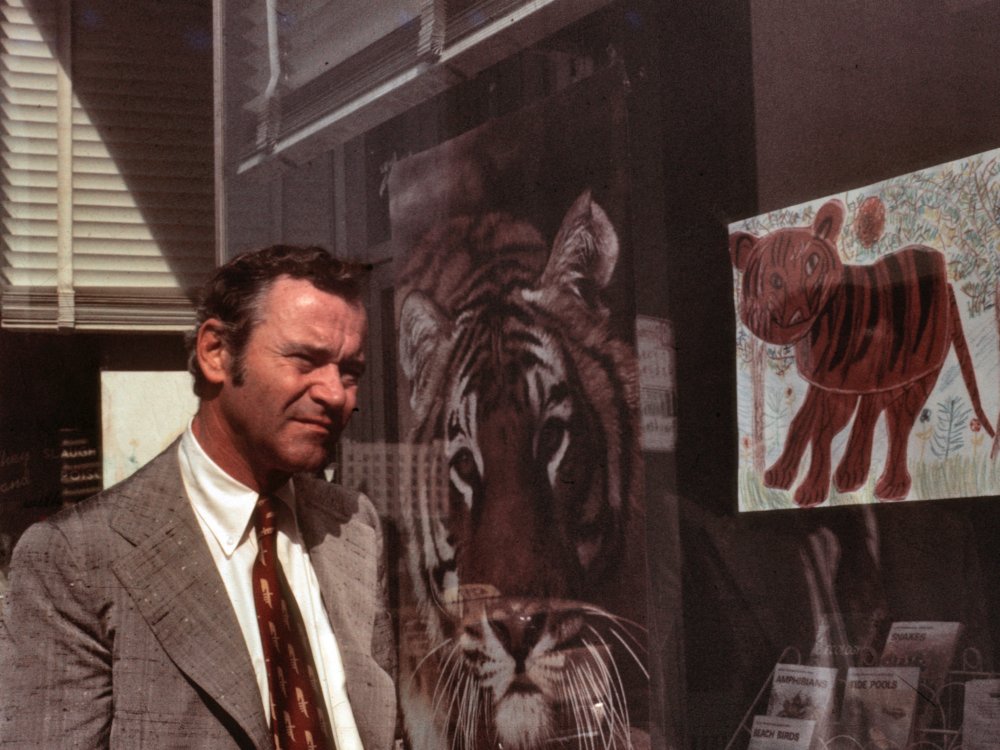 Told over a 36-hour period, this archetypal 1970s drama about the death of American morality gave Lemmon his second Oscar win – this time for best actor. He plays Harry Stone, a clothing company businessman on the brink of ruin as he contemplates arson to claim the insurance, and looks back on a happier past. With poignancy and a profound sense of nostalgia, Lemmon is utterly believable as a man running out of time. 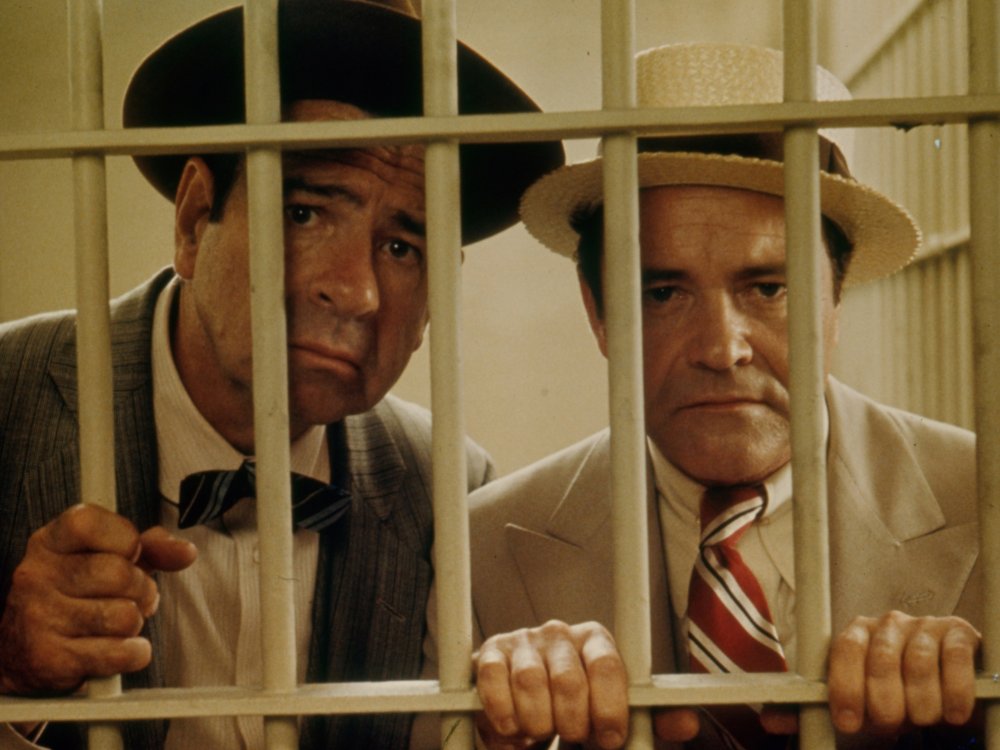 Reteaming once again with Walter Matthau and Billy Wilder, Lemmon here plays ace Chicago reporter Hildy Johnson, in the third adaptation of Ben Hecht and Charles MacArthur’s comic play. Howard Hawks’ screwball classic His Girl Friday (1940) may be the definitive screen version of this story, but there are still many skilfully timed laughs and satirical stings on hand here. As Matthau’s conniving editor Walter Burns attempts to halt Johnson’s impending wedding amid the media furore of a murder’s execution, their distinctive sparring lifts what is often dismissed as a lesser screenplay from Wilder and long-time writing partner I.A.L. Diamond. 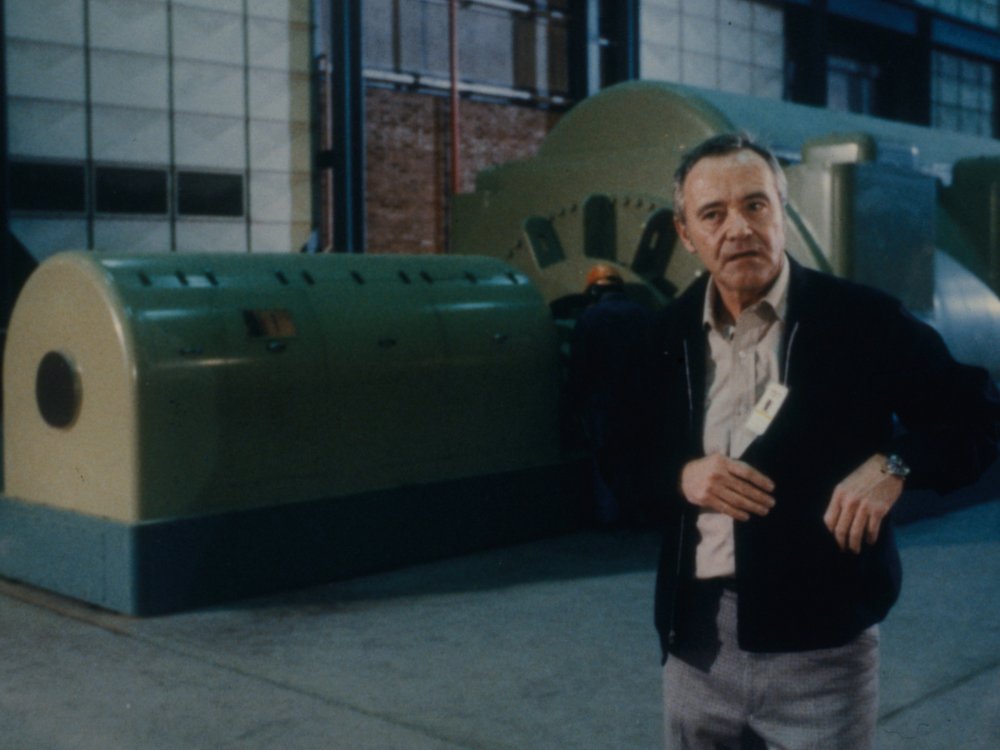 Playing opposite Jane Fonda and Michael Douglas in this paranoid conspiracy thriller, Lemmon is excellent as Jack Godell, a power plant supervisor becoming increasingly suspicious about a sinister cover up. “What makes you think they’re looking for a scapegoat?”, Godell asks his colleague, early on in the film. “Tradition” is his answer, leading Lemmon’s face to fall, embodying a cataclysmic loss of faith in the ‘system’ and the American dream, post-Watergate. Initially attacked by the nuclear industry as fear-mongering propaganda, The China Syndrome was released just 12 days before the infamous Three Mile Island nuclear disaster in Pennsylvania. 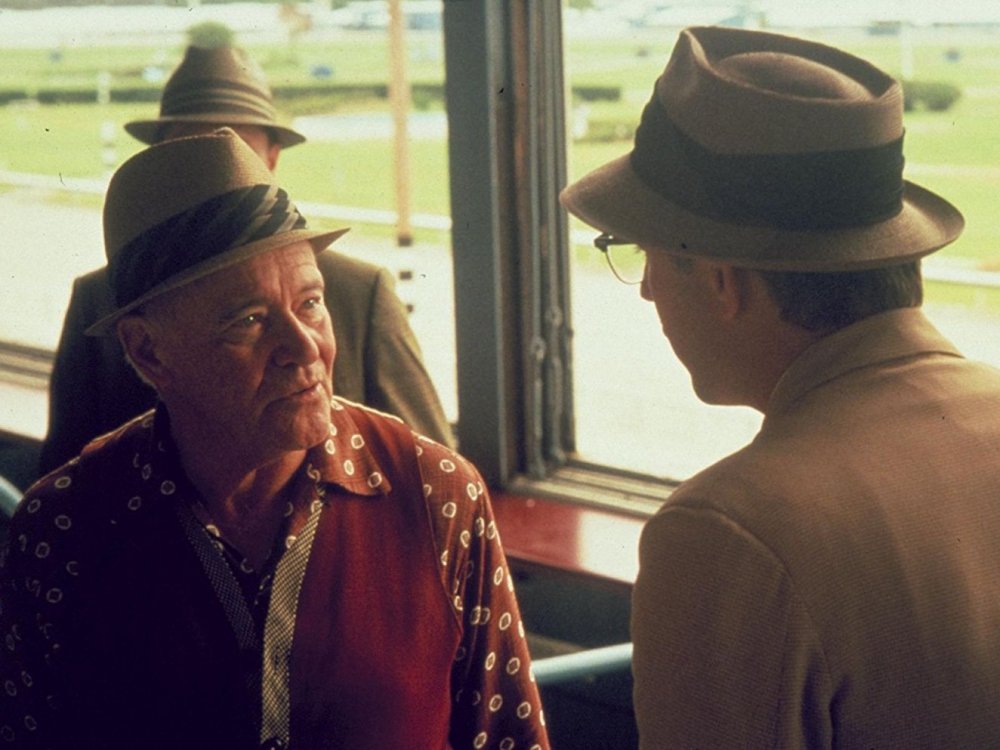 Although this was not a large role for Lemmon, it was a significant one in his later career. As crucial witness Jack Martin in Oliver Stone’s epic conspiracy drama, Lemmon’s cagey informant is a key player in the investigations of District Attorney Jim Garrison (Kevin Costner). Although it features Stone’s oft-criticised political grandstanding and depicts drama as fact, it’s a masterclass in the cinematic tensions of political paranoia, with exceptional performances from the largely macho ensemble of Costner, Tommy Lee Jones, Kevin Bacon, Gary Oldman, Donald Sutherland, and an underused Sissy Spacek. 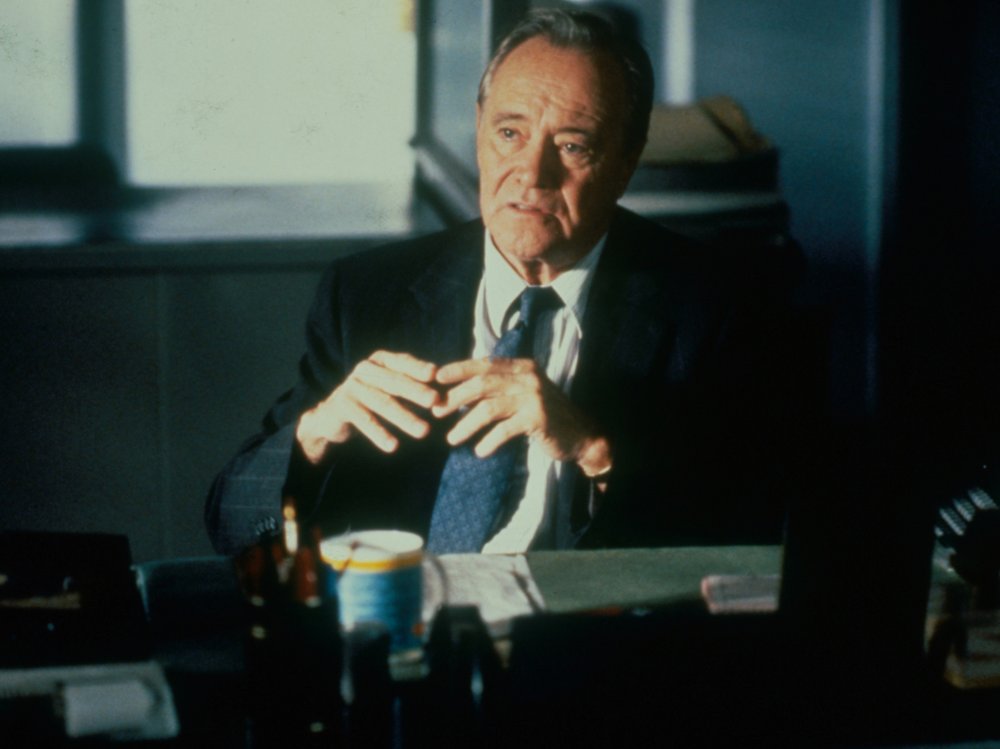 This adaptation of David Mamet’s hit Broadway play (Mamet also wrote the screenplay) features a truly world-class cast, including Al Pacino, Alan Arkin and Ed Harris. But it’s Lemmon’s turn as the failing, desperate real-estate salesman Shelley Levene, a man perilously close to the edge, that proves the highlight. In this bile-fuelled depiction of the early 1990s cutthroat American capitalism, Levene’s anger and anguish are almost painful to watch. It’s the most impressive performance of Lemmon’s later career.