The work of pioneering British sci-fi novelist H.G. Wells has been well-served by many classic film versions. A century and a half after his birth, we look back at some of the best. 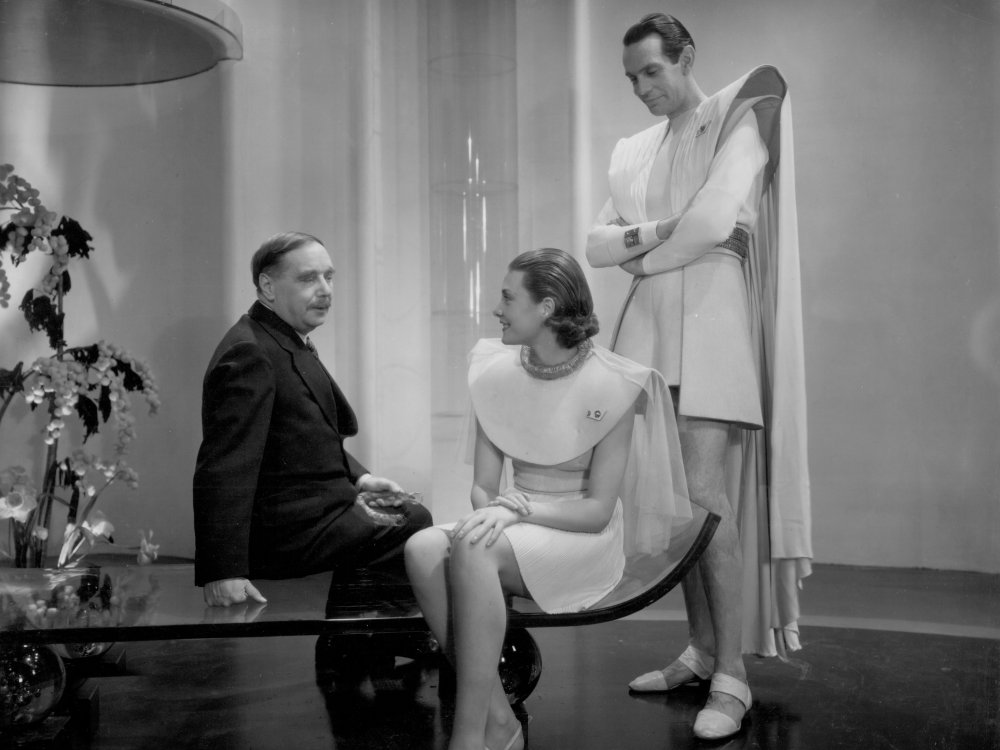 H.G. Wells with Margaretta Scott and Raymond Massey on the set of Things to Come (1936)

Herbert George Wells was born in Bromley in Kent on 21 September 1866. To mark his 150th anniversary, this top 10 reflects his status as a progressive social thinker, as well as one of the founding fathers of science fiction. Moreover, it reveals the continued prescience and relevance of a left-leaning pacifist who was not afraid to speak his mind.

Produced a year after the publication of The First Men in the Moon, Georges Méliès’s pioneering science-fiction fantasy merged the lunar aspects of H.G. Wells’ novel with the technological speculations in Jules Verne’s From the Earth to the Moon (1865) and its 1870 sequel, Around the Moon. The battle between the members of the Astronomic Club and the subterranean insectoid Selenites (which appears to be cinema’s first close encounter) is staged with typical brio, although Nathan Juran could call on the stop-motion genius of Ray Harryhausen for his 1964 Dynamation adaptation, which was co-scripted by Quatermass creator Nigel Kneale. 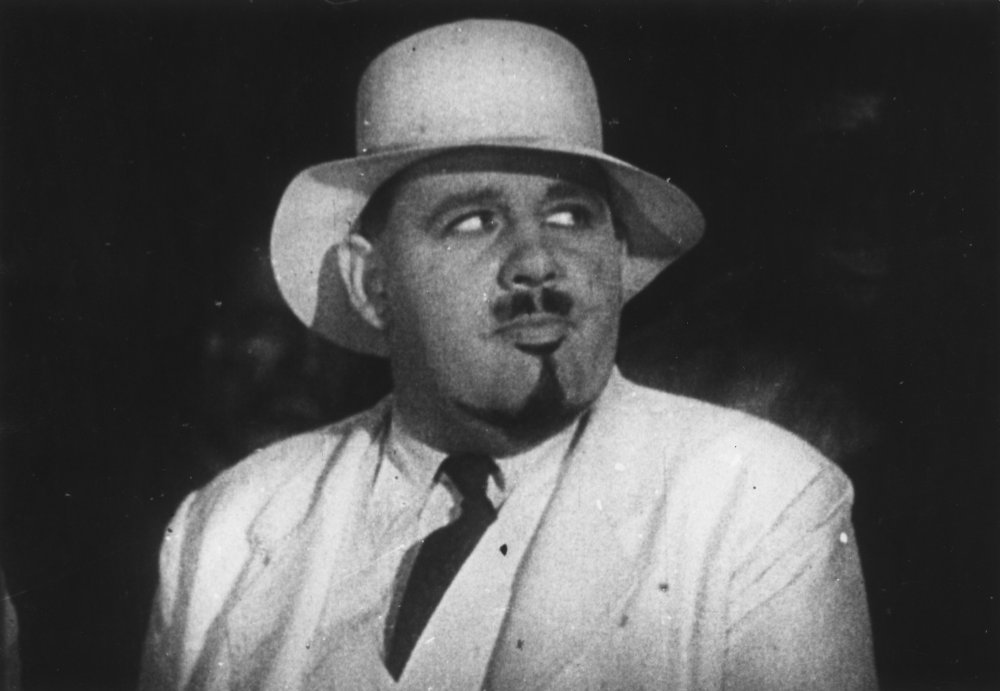 Wells disliked Erle C. Kenton’s adaptation of The Island of Dr. Moreau (1896), as he felt Philip Wylie and Waldemar Young’s script dwelt luridly on the horrific aspects of vivisection and hybridisation rather than the deeper philosophical themes of scientific restraint, moral responsibility and fascistic notions of racial superiority. The BBFC felt sufficiently strongly to deny the picture a certificate until a trimmed 1958 version was X-rated. But filmmakers have remained fascinated by the novel, which was filmed under its original title with Burt Lancaster (1977) and Marlon Brando (1996). Indeed, the themes recently resurfaced in Anders Thomas Jensen’s Men & Chicken (2015). 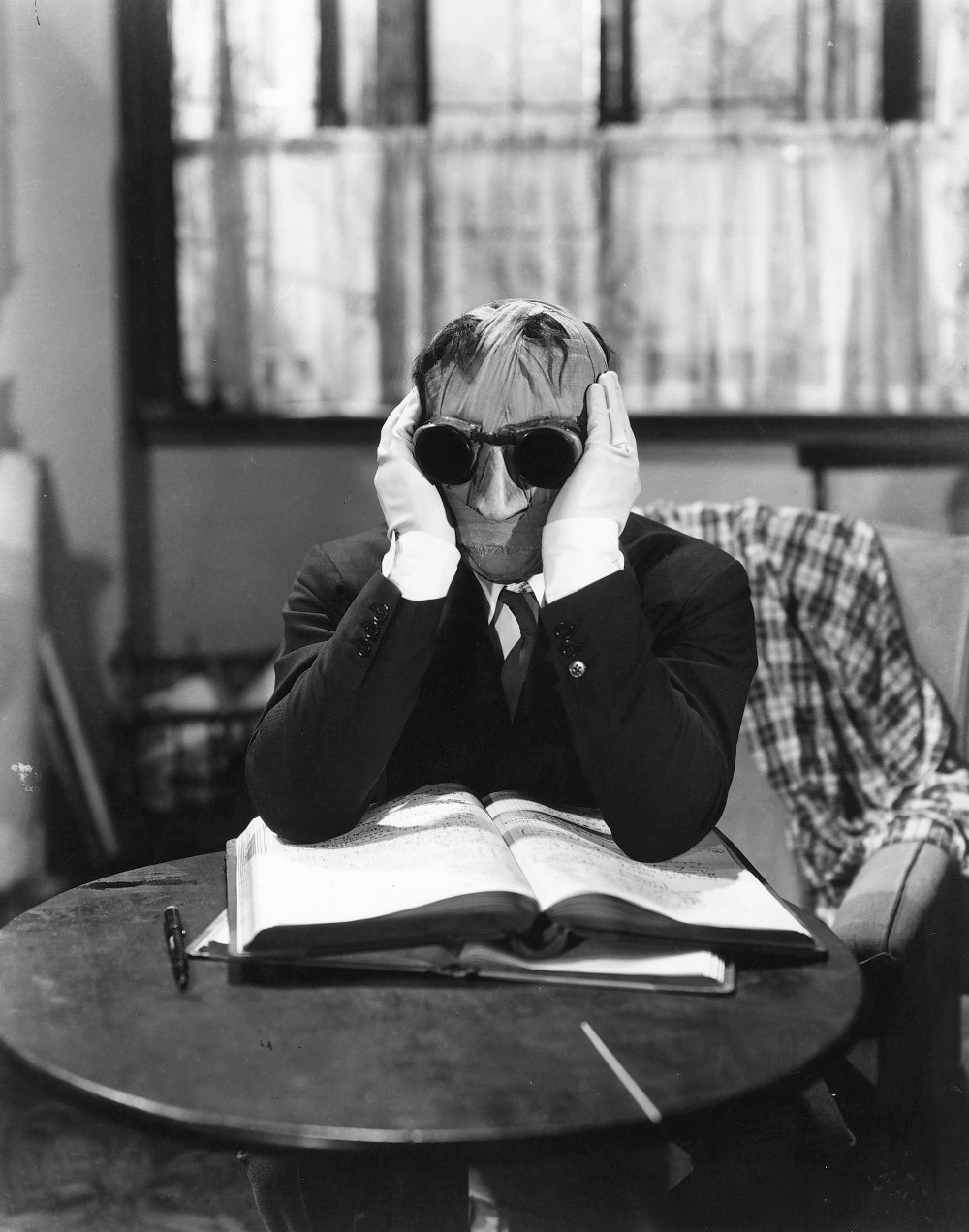 This 1897 tome is among the most reworked Wells narratives, with Abbott and Costello (1951) and Chevy Chase (1993) imparting a comic spin before Paul Verhoeven brought it into the digital age with Hollow Man (2000). Wells resented the fact that director James Whale and screenwriters R.C. Sherriff and Philip Wylie turned his visionary scientist into a maniac. But he enjoyed Una O’Connor’s performance as the snooping landlady. Mostly seen swathed in bandages, Claude Rains conveys the hubris of the boffin tinkering with the laws of nature. But the star turn is the visual wizardry devised by John P. Fulton and the Universal effects team. 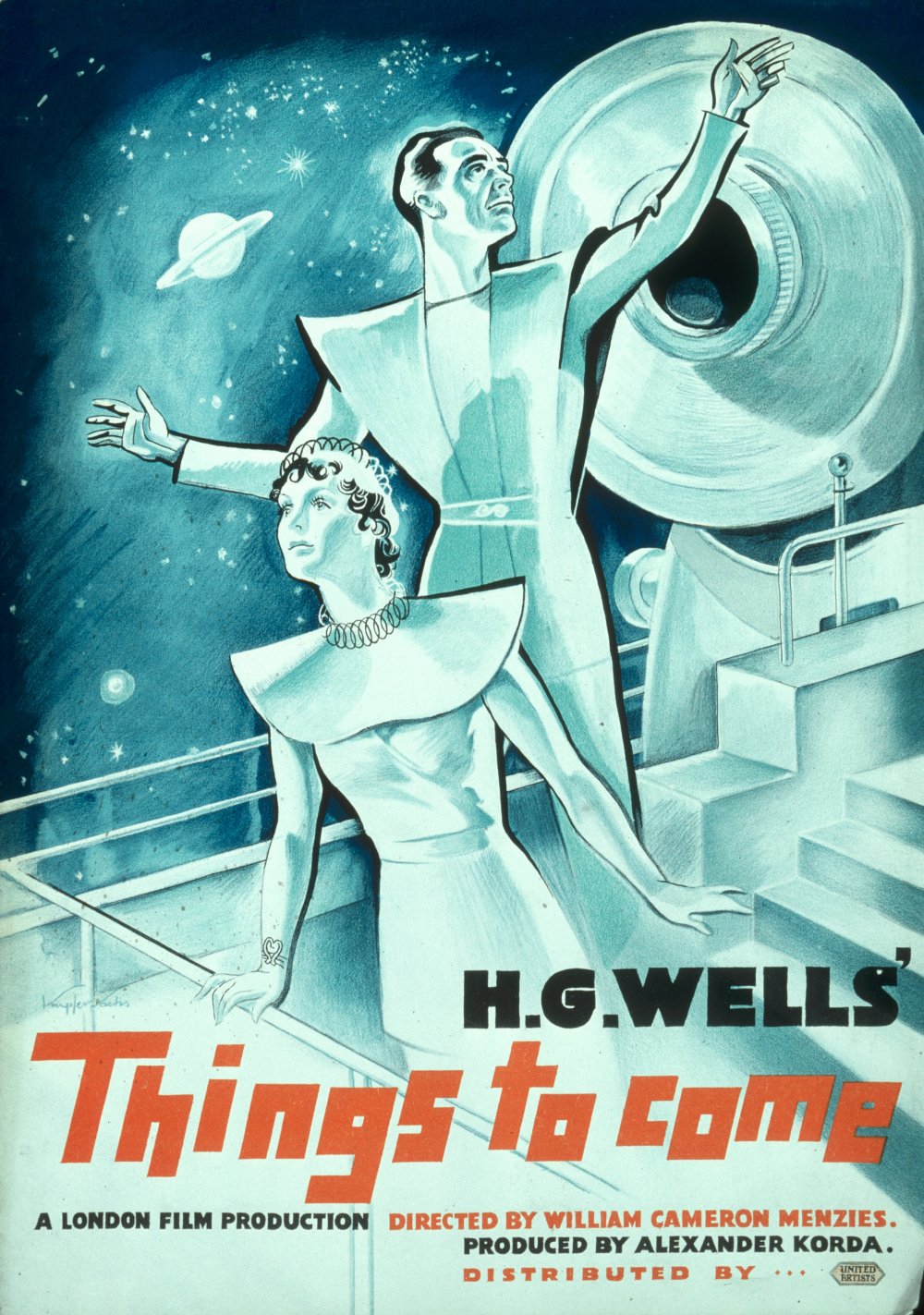 We’re just two decades from the time that Everytown will become a strictly regulated underground enclave and we should probably start feeling concerned, given how many other predictions in The Shape of Things to Come (1933) have come to pass. There’s a grim irony in the fact that the ‘Wings over the World’ cabal has its headquarters in the Iraqi city of Basra, as Wells (for once adapting his own text) warns of the twin evils of religion and progress. But, if some of the performances have dated, the ambition and acuity demonstrated by director William Cameron Menzies and production designer Vincent Korda remain undiminished. 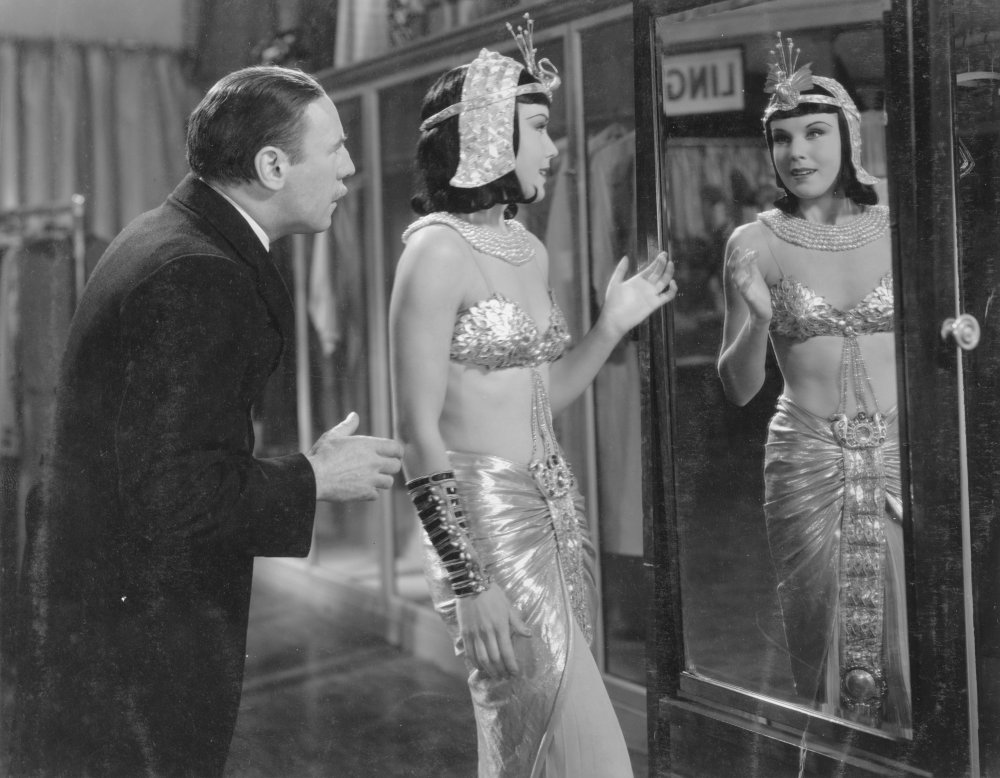 If only Norman Jewison had been able to persuade Richard Pryor to headline his proposed 1986 remake of this Lothar Mendes fantasy, which Wells had adapted from his own 1898 story. But, despite its troubled production history (producer Alexander Korda shot several scenes scripted by Lajos Biro in a bid to salvage the project) and subsequent reputation for didactic pomposity, this ambitious allegory has much to enjoy. Roland Young makes a suitably flawed Everyman, as he is corrupted by the powers bestowed by a mischievous celestial triumvirate and enslaves pacifist pastor Ernest Thesiger and bellicose colonel Ralph Richardson. But the real charm lies in Ned Mann’s ingenious special effects. 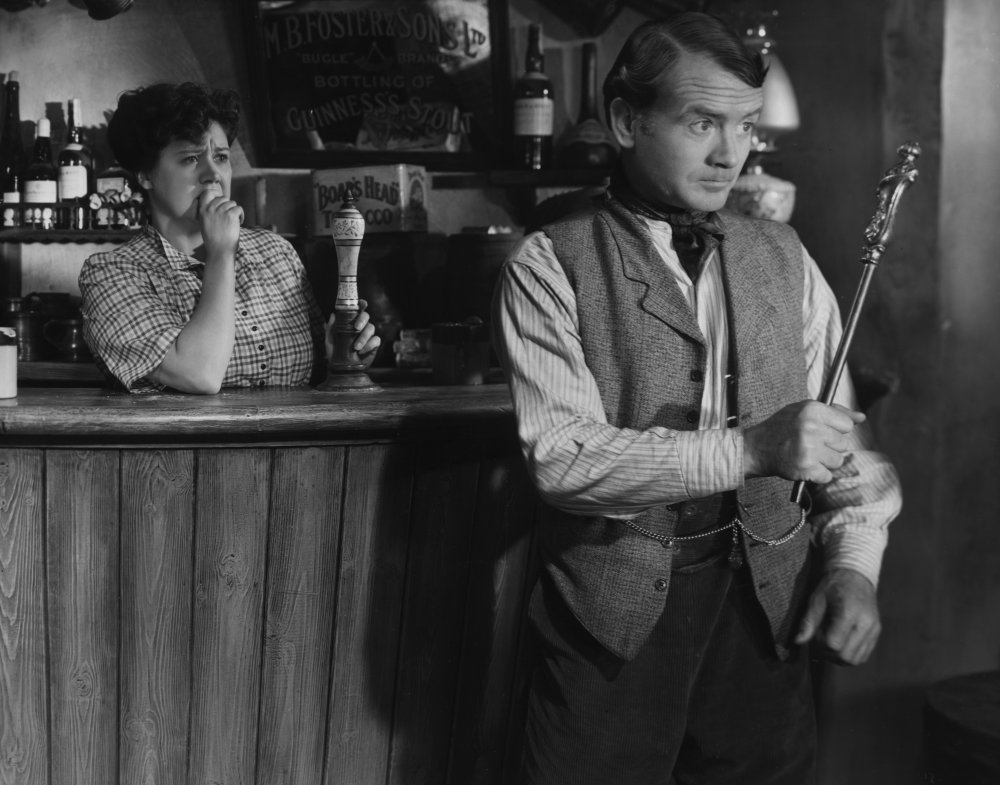 The Second World War prompted the RKO studio to abandon its take on the 1910 novel that Wells informed screenwriter Lance Sieveking was his most autobiographical. When John Mills acquired the rights three years after Wells died, however, he took the title role from Charles Laughton and ditched Sieveking’s approved scenario in favour of one by director Anthony Pelissier. Yet, this is still an admirably faithful and enduringly witty interpretation that follows a disgruntled draper’s clerk through his unhappy marriage to the murderous encounter that leads to contentment. Mills is superb, but so is Betty Ann Davies, as his shrewish cousin, and Finlay Currie, as his brutish rival in paradise.

Rather aptly, the Evening Standard complained that David Lean’s flashbacking version of the 1913 novel inspired by Wells’ romance with Elizabeth von Arnim had been “shot with a time machine instead of a camera”. Taking over the project from Ronald Neame and rewriting much of Eric Ambler’s script, Lean felt conflicted throughout the Swiss shoot, as he was sleeping with leading lady Ann Todd. But, with Claude Rains at his most sinisterly civilised and the presence of Trevor Howard inviting comparisons with Brief Encounter (1945), this intricately structured chronicle of a doomed love affair is all the more beguiling because of Guy Green’s shimmering imagery. 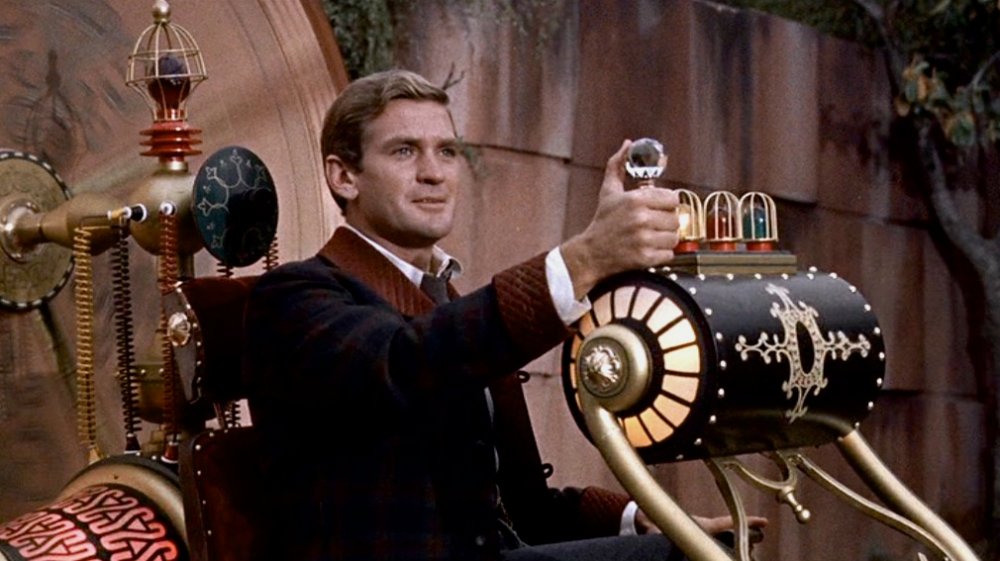 Published the year the Lumières first presented a device to project captured time, Wells’ novel The Time Machine was intended to be a satire on the class system. But, while the Eloi and the Morlocks made it into George Pal’s Metrocolor adaptation, this film version’s emphasis was on escapist entertainment not the British establishment. Despite budgetary restrictions, the special effects won an Oscar, while Bill Ferrari’s ‘barber chair’ contraption and William Tuttle’s Morlock makeup still looked pretty good when they resurfaced in The Big Bang Theory in 2008. Guy Pearce made a decent fist of following fellow Aussie Rod Taylor in Simon Wells’ 2002 remake, but this remains the best way to visit the year 802,701. 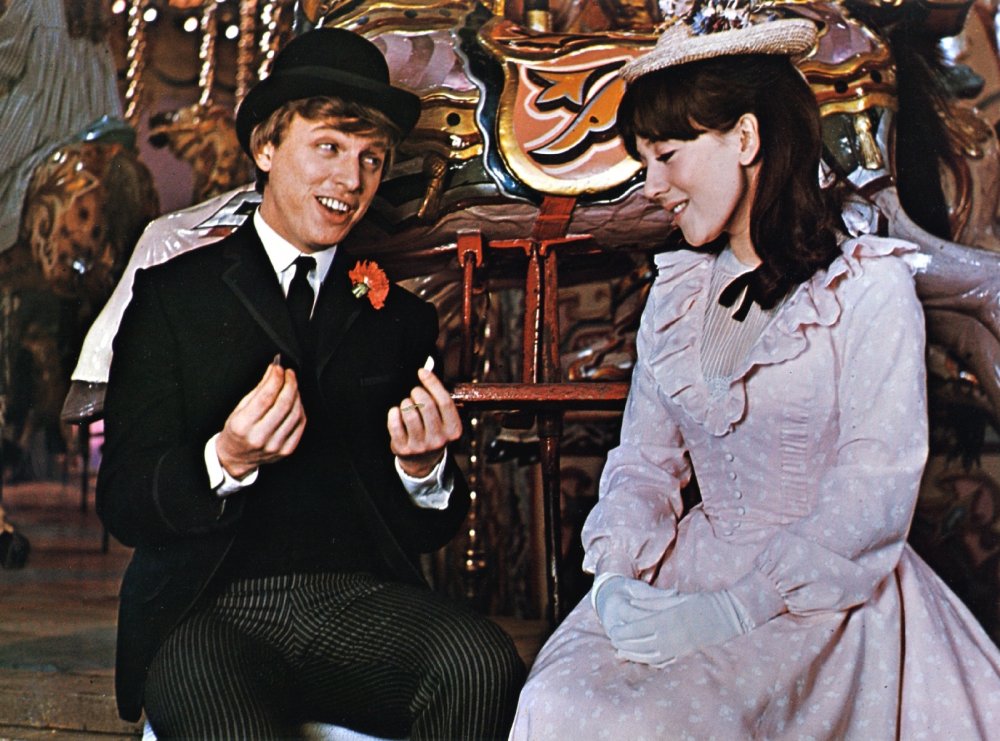 Some will question why George Sidney’s musicalisation of Kipps (1905) is here and not Carol Reed’s 1941 dramatic adaptation (or, for that matter, the late 70s Bert I. Gordon duo of The Food of the Gods and Empire of the Ants). The critics hated David Heneker’s songs and struggled to warm to Tommy Steele’s chirpily eager display as a draper’s assistant torn between a chambermaid (Julia Foster) and a lady (Penelope Horner). But this much-maligned picture is overdue another look, as it brings the flamboyance of Kiss Me Kate (1953) to Edwardian Kent. Okay, Geoffrey Unsworth’s photography is a bit stylised, but this is unabashed nostalgic fun. 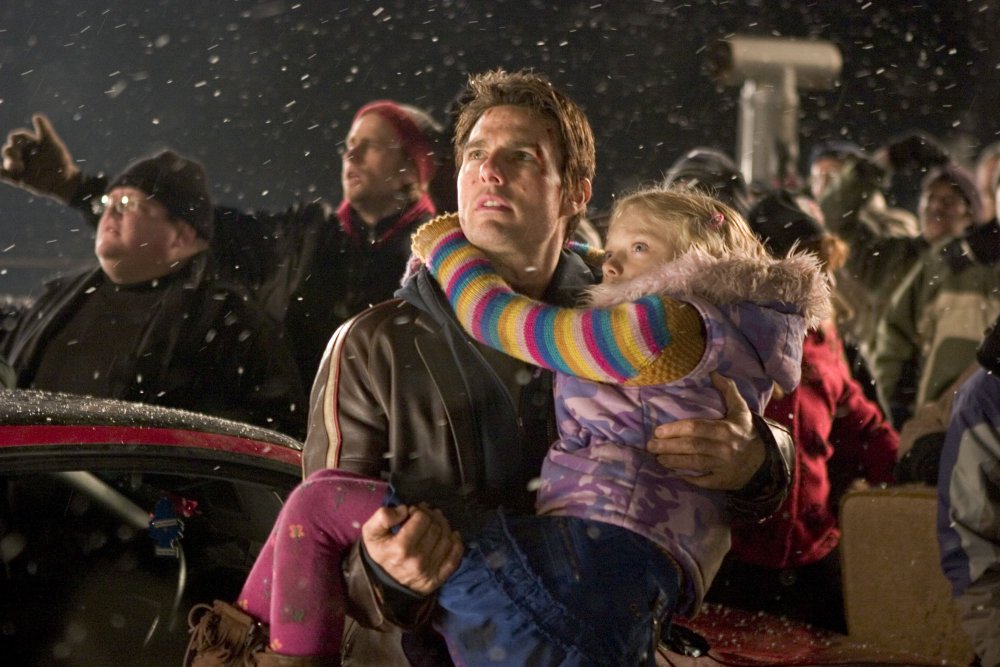 All hell broke loose when Wells met Welles for the latter’s legendary radio broadcast, which provoked public terror on 30 October 1938. Byron Haskin and Steven Spielberg later played on the same insecurities that Orson had exposed when they brought the classic 1898 tale of an alien invasion to the big screen in 1953 and 2005. Having recruited Tom Cruise to play his docker hero, Spielberg sought to bring spectacle to the spectre of 9/11 in unleashing extraterrestrial carnage on New Jersey. But he also opted to give the visuals a sobering realism that makes the chilling Tripod and vaporisation action all the more unsettling, as it almost resembles news footage.