He dangled Marilyn Monroe over Niagara Falls and took John Wayne to Oscar glory, but have you got a handle on Henry Hathaway? On the 120th anniversary of his birth, we remember 10 of his best films. 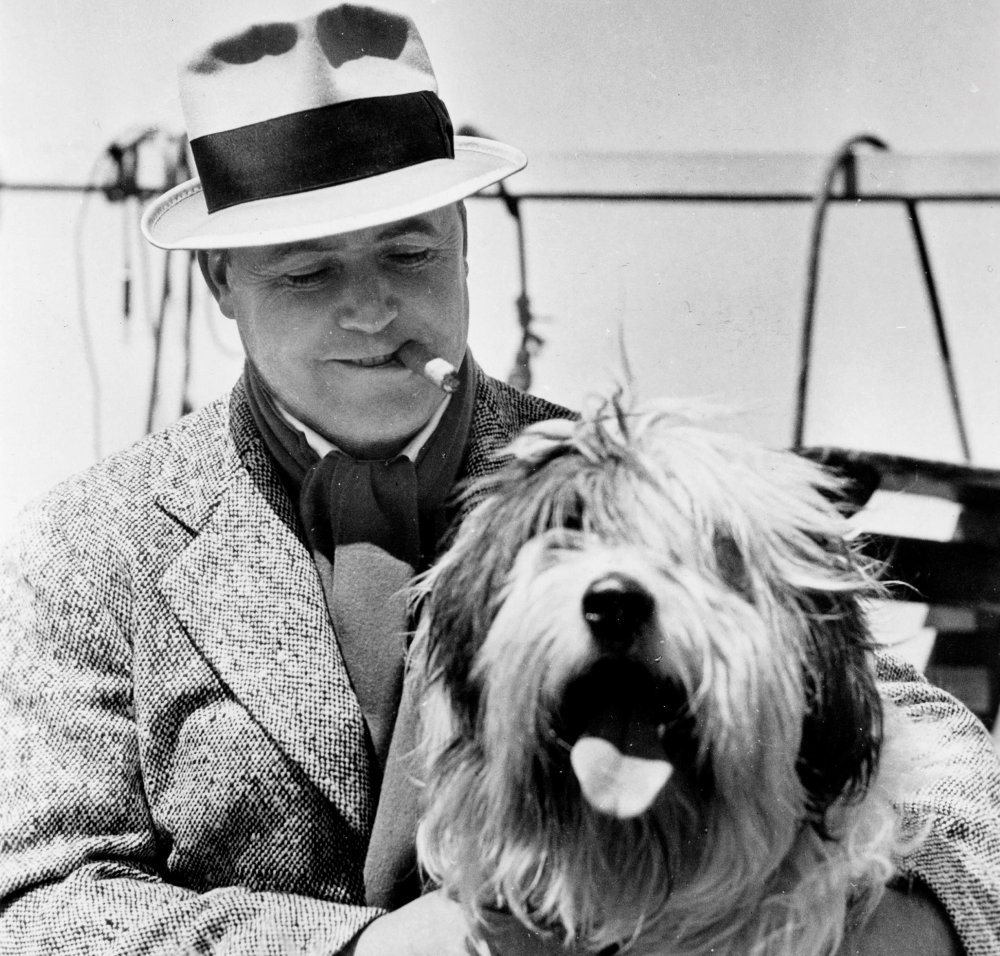 Born 120 years ago, on 13 March 1898, in Sacramento, California, Henry Hathaway is a filmmaker rarely spoken of in the same breath as his more famous and critically admired contemporaries. He epitomised what’s known as the ‘journeyman’ director, amassing a considerable body of work across five decades without leaving an easily identifiable stylistic or thematic through-line between pictures.

But this isn’t to say that his is a filmography undeserving of excavation. He could be imitative and modish, but never less than highly skilled, and on more than a few occasions masterful, commanding loyalty from his leading actors – as demonstrated by the seven films made with Gregory Peck. If his preferred genre, in which he’d earn his spurs and return to time and again, was the western, Hathaway proved his adaptability by refusing to be tied down, not least during his long tenure at 20th Century Fox.

Here are 10 essential films to get you started. 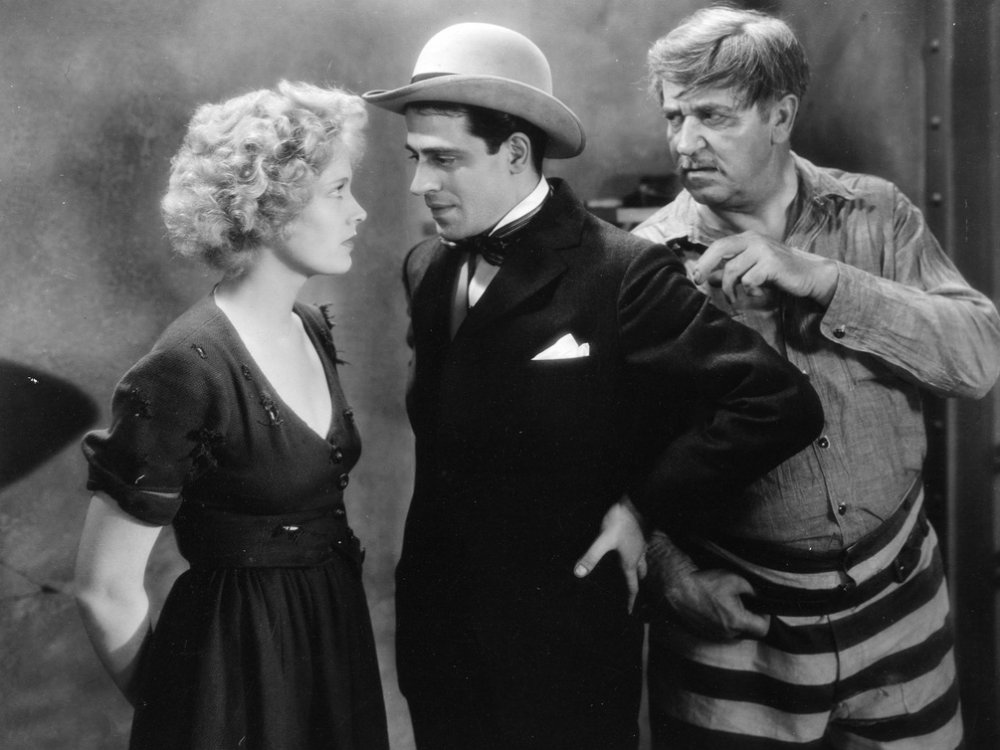 While he’s best remembered for the cycle of westerns he made with Budd Boetticher in the 1950s, Randolph Scott’s first actor-director partnership was with Henry Hathaway, starring in seven films for the director over the course of 1932 and 1933. To the Last Man is one of the best, a B-programmer but an exceptional example of the form by virtue of a serious, pre-Code approach towards violence and female characterisation. A scrappy Esther Ralston is the real lead, an unapologetic “white trash tramp” who serves as Juliet to Scott’s Romeo, saving the day in a brutal final fight and stealing the show from under him. Look out for a pre-fame, uncredited Shirley Temple. 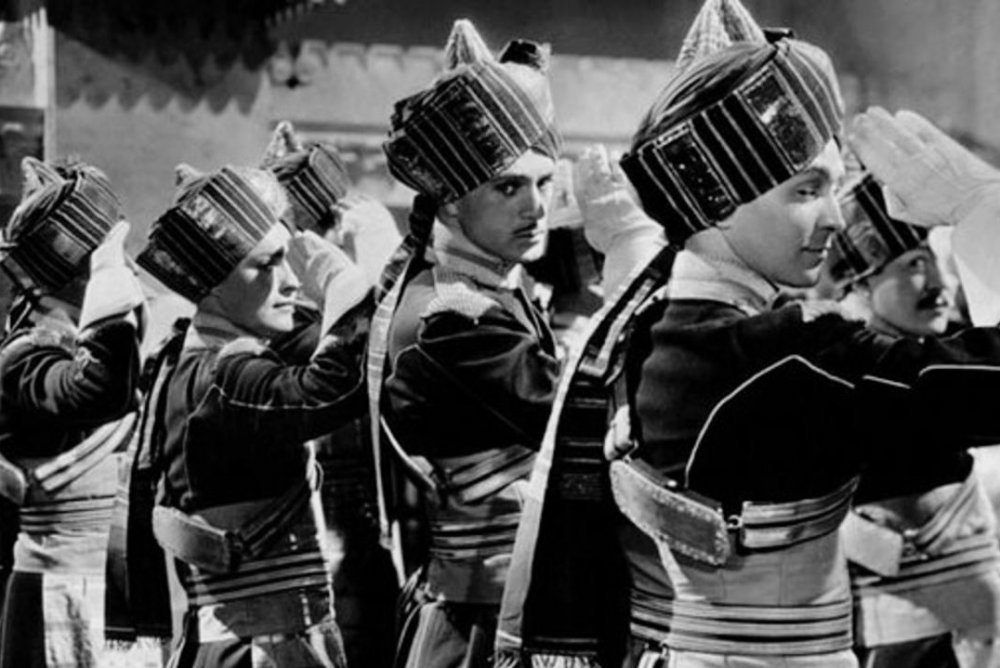 Hathaway’s sole Oscar nomination for best director was for this Kiplingesque adventure. Gary Cooper stars as the “Scotch-Canadian” soldier in a California doubling for British India, tasked with the rescue of a comrade captured by rebel leader, Mohammed Khan. A boy’s own yarn whose racial politics are best filed under ‘of their time’, it may not be as much fun as Gunga Din (1939) or as muscular as Beau Geste (1939), but Hathaway displays keen action chops, not least in the climactic break-in to Khan’s Mogala stronghold. 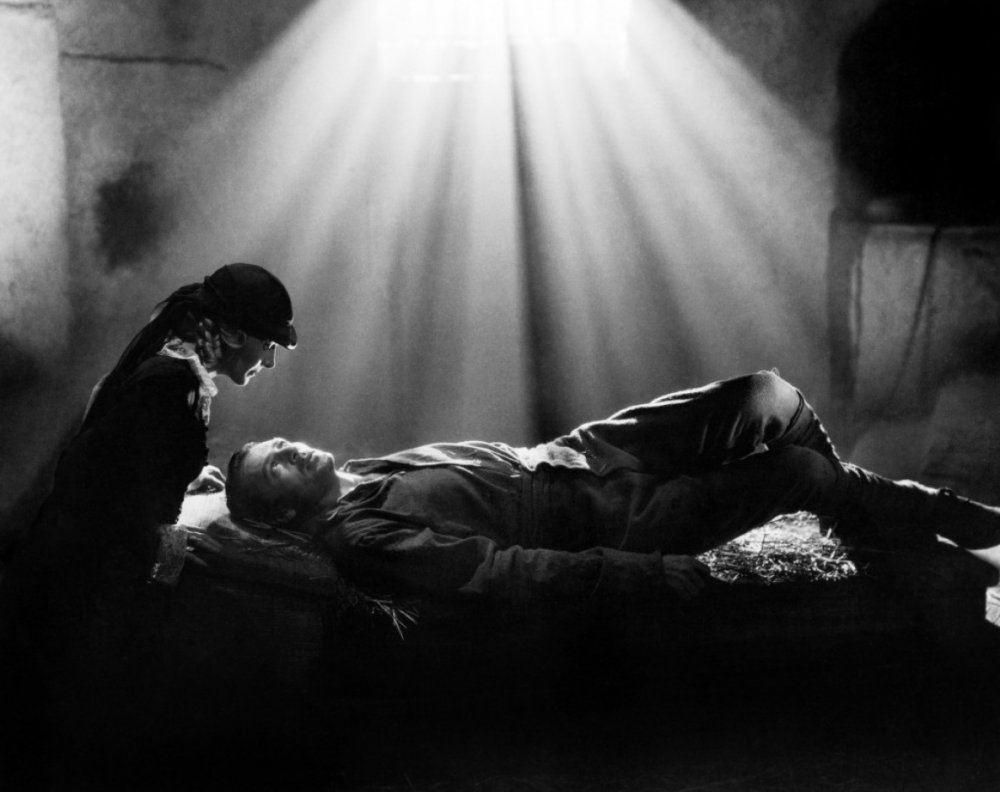 “Peter Ibbetson is a lesson in how to look,” wrote David Thomson. “You will find people who can hardly live without the film, and who treasure it as the key that opens the locked door.” André Breton was one of them, and Hathaway’s du Maurier adaptation (George, the other one) was a film beloved by the Surrealists. It’s a remarkable picture, beginning traditionally enough before taking expressionist flight through a series of dream sequences shared by its love-sick protagonists. An anomaly in the straight-shootin’ Hathaway’s filmography, yet unmistakable as anything but his best film. 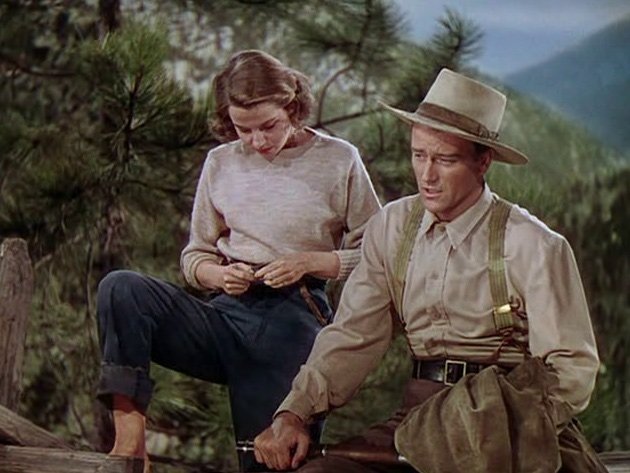 With John Wayne as the lead, and a supporting cast that includes John Qualen, Ward Bond and the great Harry Carey, you’d be forgiven for mistaking The Shepherd of the Hills for a John Ford picture. Shot by the great Paramount stalwart Charles Lang, it’s an early Technicolor beaut, the third screen iteration of Harold Bell Wright’s novel, which sees a reformed gunslinger (Carey) return to the family he abandoned. Duke may get top billing as the antagonistic son vowing revenge, but Hathaway doesn’t mythologise him as Ford might have, saving such reverence for Carey. Suitably, perhaps, for one of the actor’s late roles following some 250 screen credits. 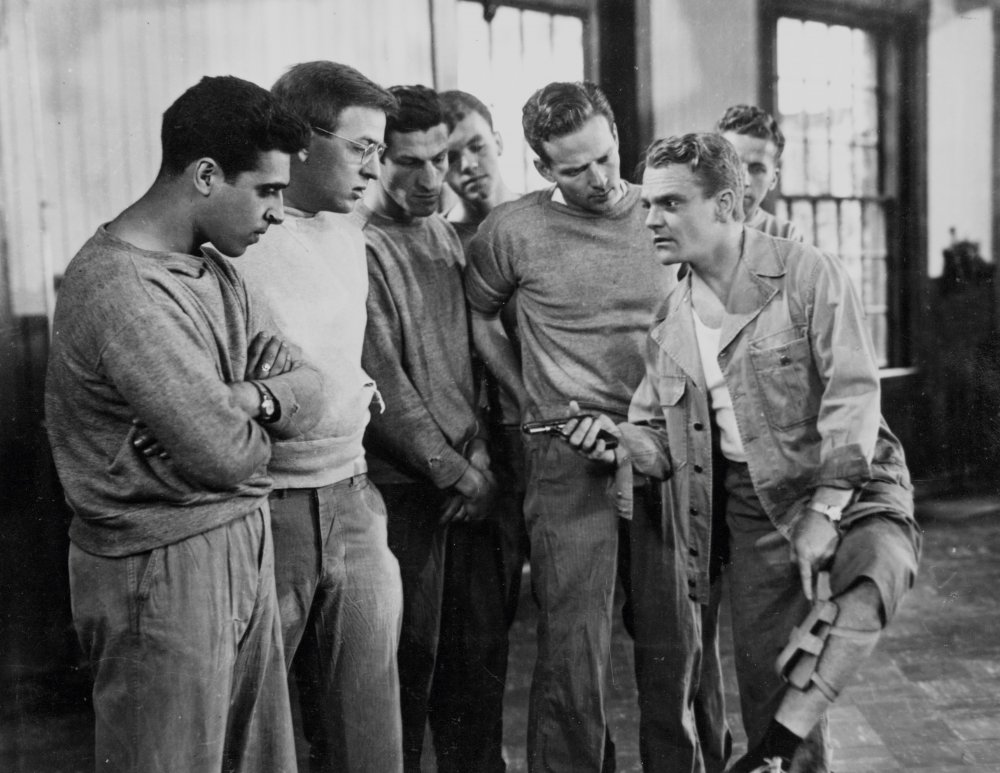 Hathaway may not have been one of cinema’s great stylists, but he was certainly adaptable, finding something of a niche after the Second World War in modish documentary realism. His James Cagney vehicle 13 Rue Madeleine is an effective example, dishing out character and plot information in serious, exclamatory voiceover. Cagney is Bob Sharkey, “A widely travelled scholar and soldier of fortune… Master of five languages and one of America’s foremost athletes.” He’s also a spy, tasked with rooting out the German agent from a team of new recruits. If the film largely taps Cagney for its energy, Hathaway at least repays the favour with one of the star’s best death scenes this side of White Heat (1949). 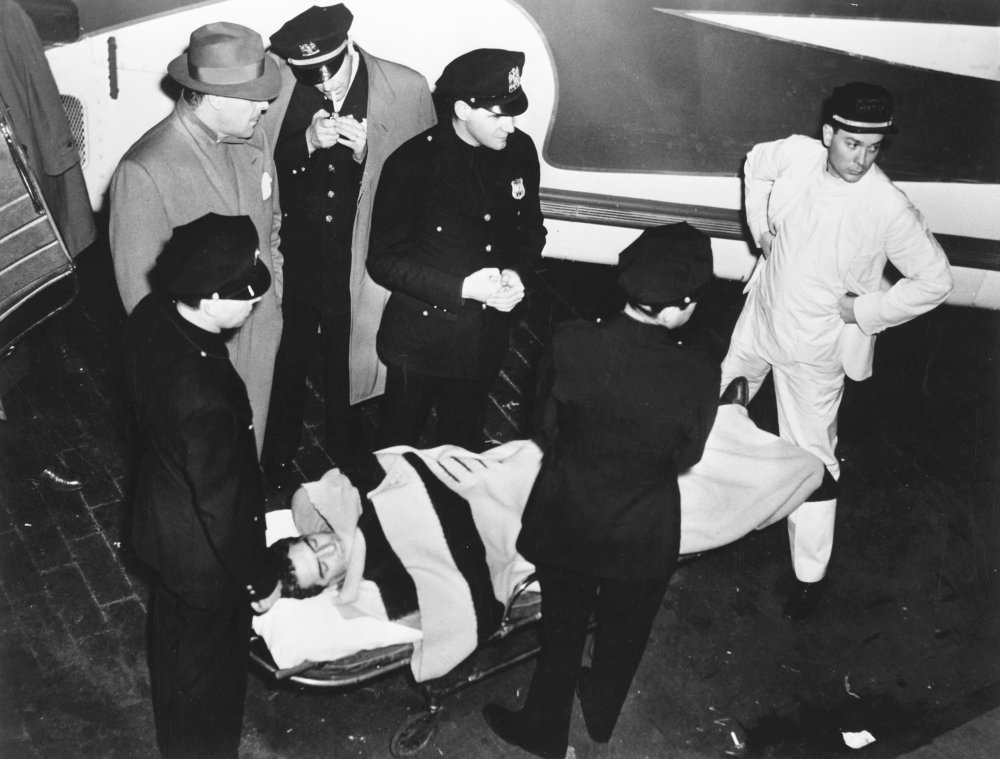 Audiences in 1947 wouldn’t have known the name Richard Widmark when it appeared on screen at the beginning of Kiss of Death, but they’ll have certainly remembered it afterwards. It was the actor’s first film, and while other bad guy roles would follow, none would be as wickedly conceived and delivered as that of the grudge-bearing psycho out to catch a rat, Tommy Udo. With his lupine grin and sadistic relish, he’d make for a fantastic Joker in the annals of fantasy casting. Ben Hecht and Charles Lederer provide the hardboiled dialogue, while Hathaway keeps it real with location photography on the New York streets. 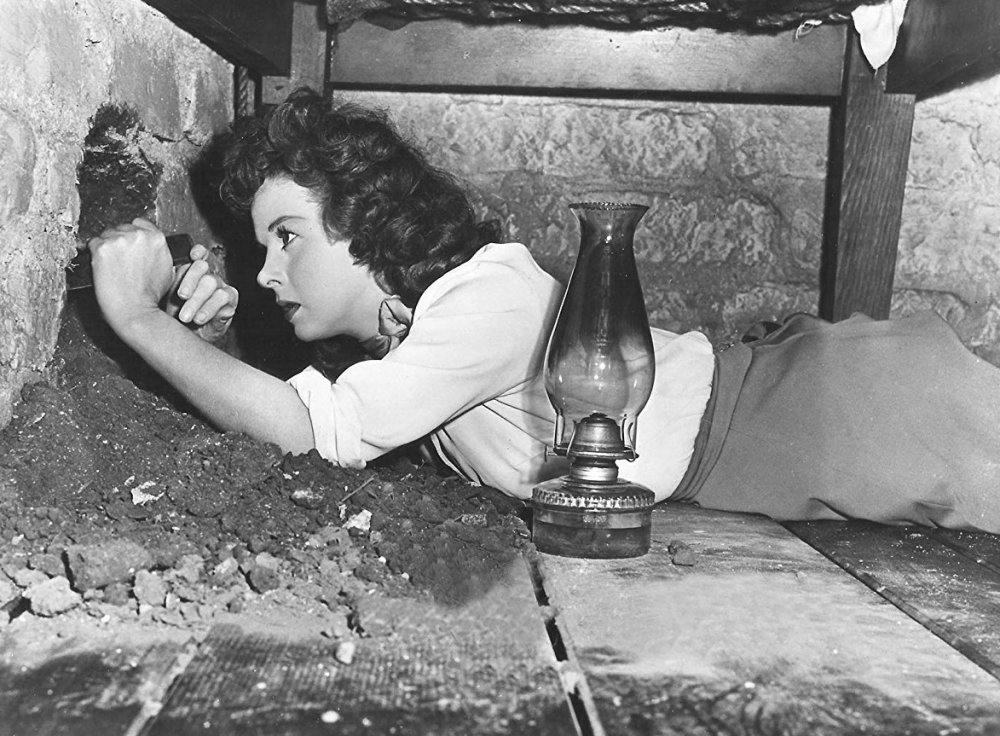 No relation to the Clint Eastwood-starring TV series of the same name, Rawhide saw Hathaway return to the western for the first time in a decade. Cited by Tarantino as inspiration for The Hateful Eight (2015), the film presents a similar tinder box of tensions awaiting ignition, as a gang holds Tyrone Power’s stagecoach station to ransom. Taut and self-contained, with a doozy of a third act, Rawhide’s straightforwardness of presentation draws conflict out of character and location. His affinity with the genre and the limitations of scale here seem to bring out the best in Hathaway, especially when it comes to Rawhide’s keen command of space. 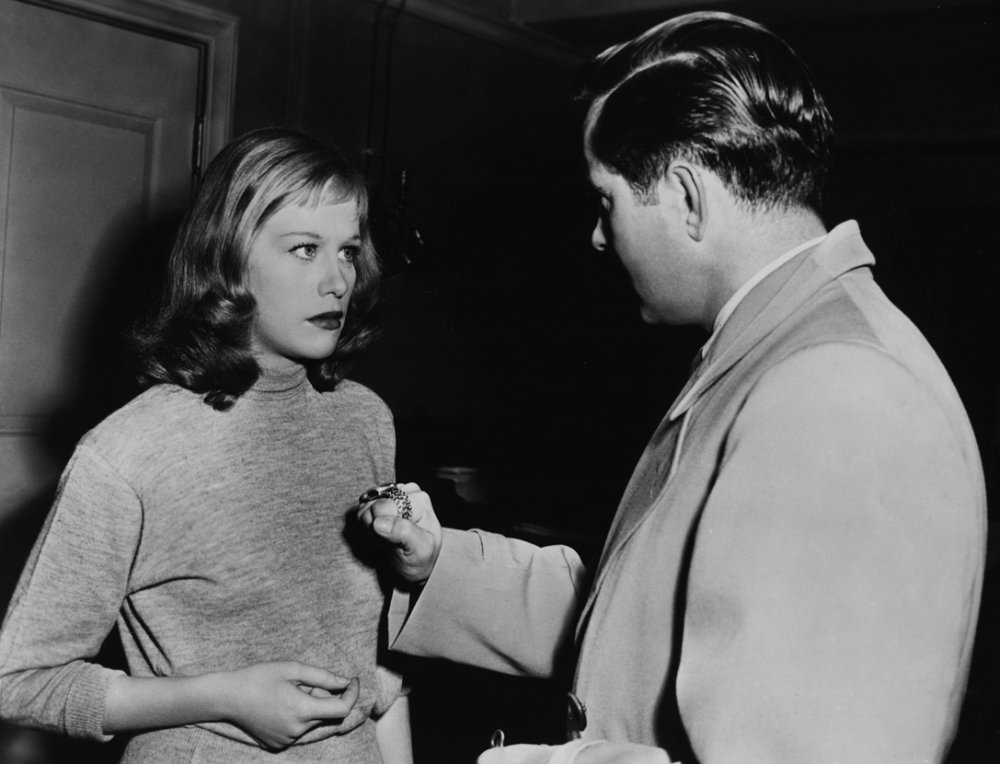 “On the night of April 9th 1950, a message arrived on a direct line from Bucharest, Romania. Not since the code message from Korea, announcing the crossing of the 38th Parallel, had a message meant so much. It’s code name was: The Semper Project.” Tyrone Power is the courier tasked with bringing the message home, a straightforward pick-up on a train bound for Trieste. A murder and a pair of dames (Patricia Neal, Hildegard Knef) see matters complicated; Power just needs to get out of Cold War Dodge. As Hitchcockian entanglements ensue, both Hathaway and his protagonist meet the challenge with punches above their alleged weight class. Keep an eye out for uncredited cameos from an impossibly young Lee Marvin and Charles Bronson. 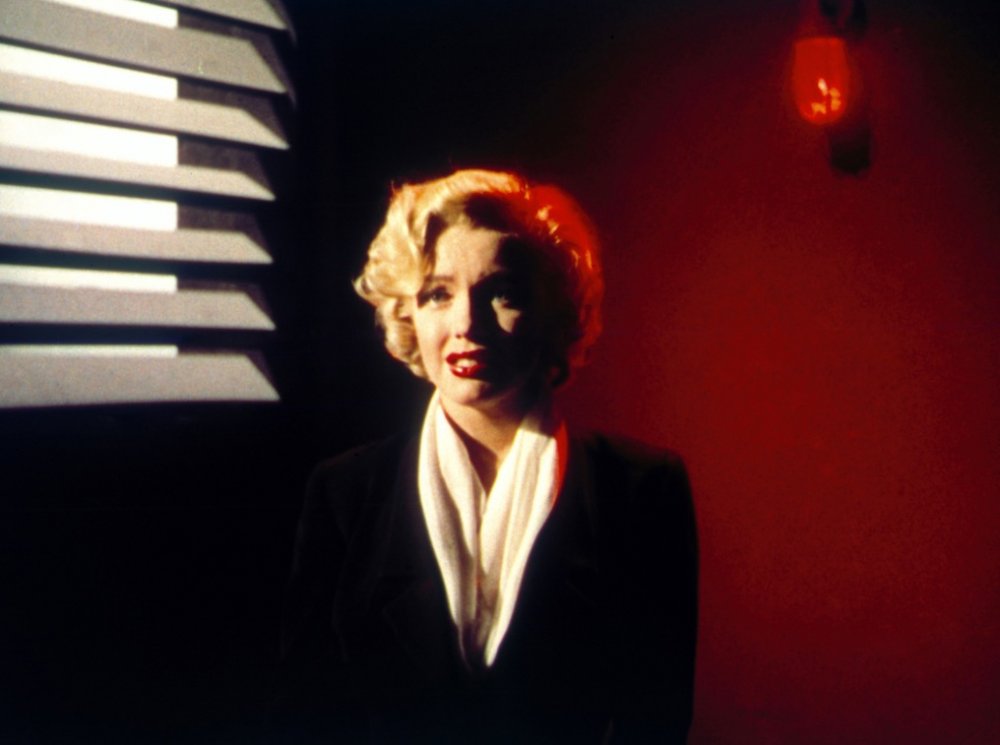 Ravishingly shot by Joseph MacDonald in eye-popping Technicolor, Hathaway’s daylight noir improbably pairs Marilyn Monroe with Joseph Cotten as a couple whose marriage is on the brink. Monroe, in full vamp mode, enlists her younger lover to bump Cotten off, first setting him up for a violent freak-out in front of newlywed witnesses, Jean Peters and Max Showalter. Of course, Cotten turns the tables on Monroe, leading to Niagara’s best sequence, a Hitchcockian set-piece atop the bell tower she used to signal his fate. As a thriller, it couldn’t be considered top tier, but it’s a film elevated by Hathaway’s distinctive aesthetic choices and exemplary use of the eponymous location. 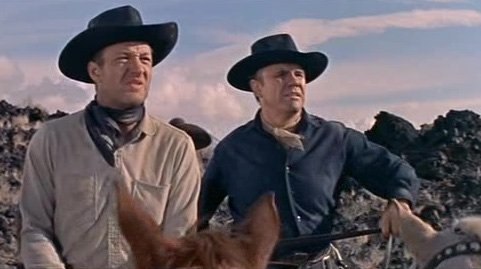 While a pair of better known, Oscar-baiting westerns would follow in the 1960s with The Sons of Katie Elder (1965) and True Grit (1969), it’s the smaller ones from late-period Hathaway that prove the most interesting. From Hell to Texas is a chase film of sorts, albeit one hardly reliant on action for its kicks. Not that that’s missing (stampeding cattle and a stagecoach chase captured in beautiful ’Scope see to that), more that Hathaway’s concerns lie in the unnecessary cost of blind vengeance and violence, of blood feuds waged for their own sake. B-lister Don Murray plays the lead, Chill Wills provides the heart and a young Dennis Hopper tries to inject a little Method fidgeting, which Hathaway pointedly (despite the actor’s on-set protest) ignores.