Gregory Peck was one of the great Hollywood stars, winning the best actor Oscar for To Kill a Mockingbird and working with directors including Hitchcock, Huston and Scorsese. 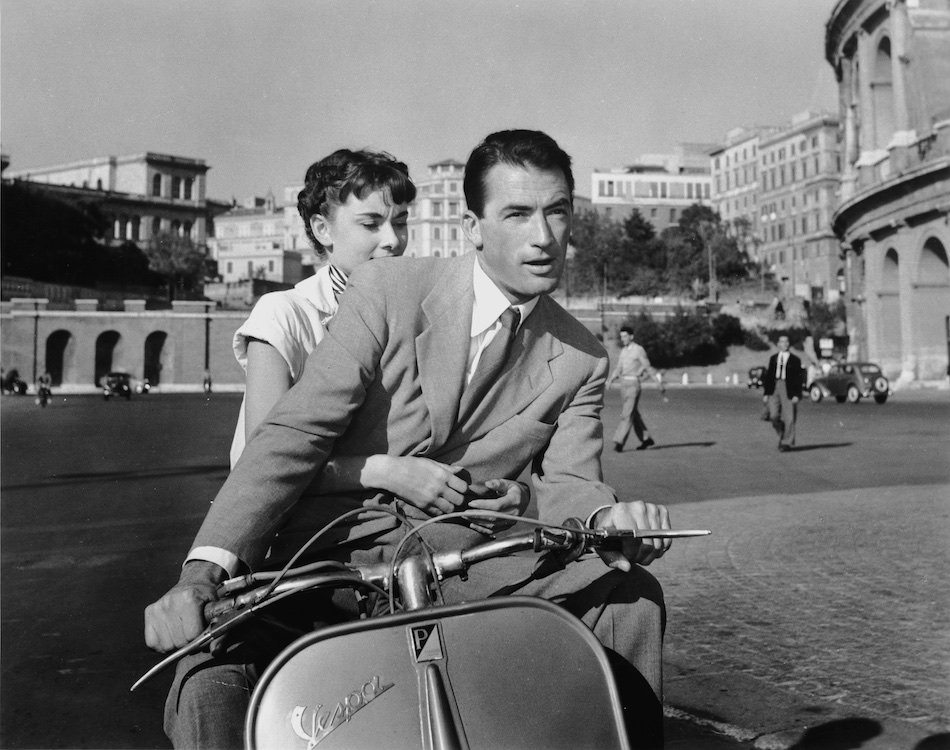 Despite emerging around the same time as tough guys Kirk Douglas and Burt Lancaster, Gregory Peck was viewed as the junior member of a triumvirate of decency alongside Gary Cooper and James Stewart. Oscar-nominated for playing a priest in his second feature, The Keys of the Kingdom (1944), Peck had the earnest intensity that appealed to postwar audiences and further Academy Award nods came for essaying a postbellum farmer in The Yearling (1946), a journalist investigating anti-Semitism in Gentleman’s Agreement (1947) and a martinet USAF officer in Twelve O’Clock High (1949).

But, while he remained busy, he struggled to diversify and was rarely allowed to explore his darker side, especially after he won the best actor Oscar as principled lawyer Atticus Finch in To Kill a Mockingbird (1962). Eventually, Peck was granted more latitude, with Golden Globe-nominated roles in MacArthur (1977) and The Boys from Brazil (1978), in which he played Nazi war criminal, Josef Mengele. But the suspicion lingers that he was a much finer actor than the Hollywood studio system allowed him to be. 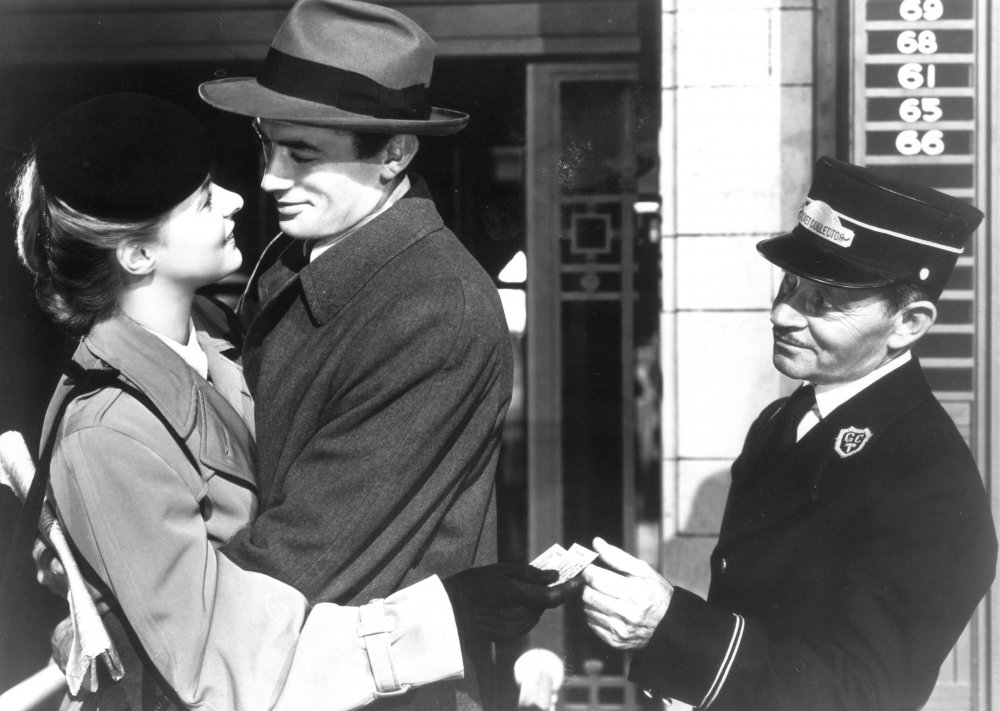 Cast because he was cheaper than Joseph Cotten, Gregory Peck became an unexpected sex symbol after playing an amnesiac who requires Ingrid Bergman’s help to discover why he is impersonating an eminent psychiatrist. Ben Hecht’s screenplay bore little resemblance to the 1927 novel The House of Dr Edwardes, and Alfred Hitchcock was never entirely happy with Miklós Rózsa’s pioneering theremin score or producer David O. Selznick’s drastic cutting of Salvador Dalí’s dream sequence. But Selznick was amazed by the reaction of female fans at the preview screenings: “We could not keep the audience quiet from the time his name came on the screen until we had shushed them through three or four sequences and stopped all the dames from ‘oohing’ and ‘ahing’ and gurgling.” 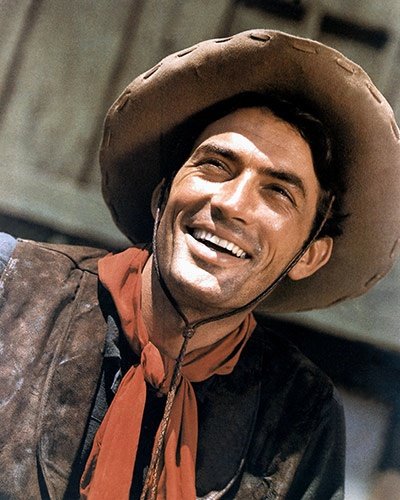 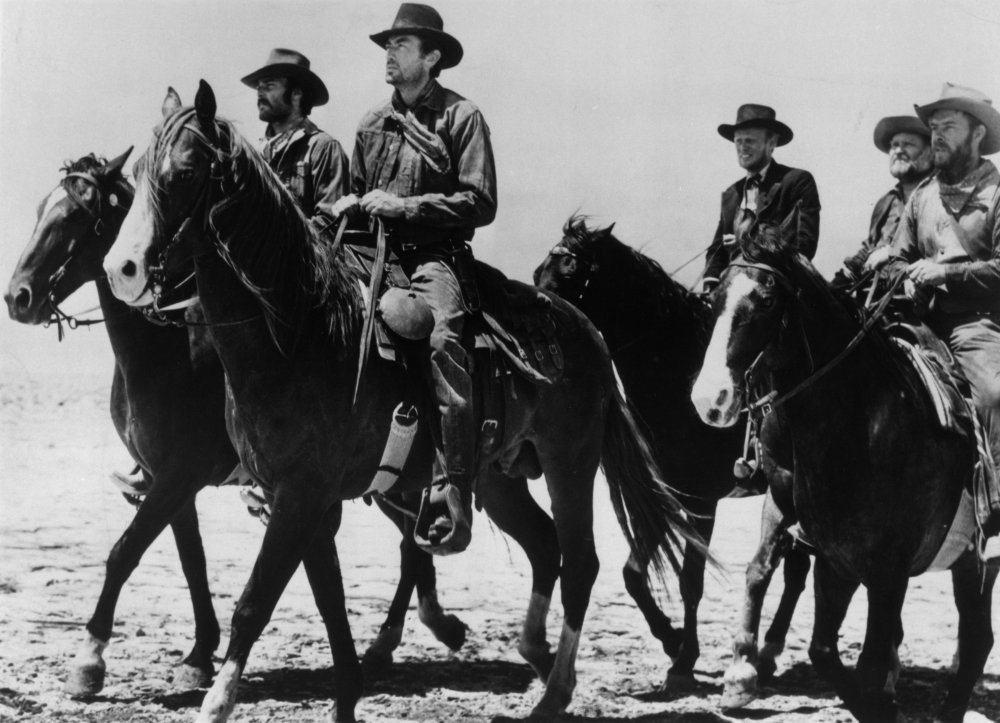 Moodily photographed in Death Valley and reworking Shakespeare’s The Tempest as a noirish western, William Wellman’s take on an unpublished W.R. Burnett novel gave Peck the chance to play a good outlaw seeking to protect ghost-town prospector James Barton and his tomboy granddaughter (Anne Baxter) from the trigger-happy vagaries of fellow bank robber Richard Widmark. The contrast between Widmark’s dangerous unpredictability and Peck’s compromised probity was designed to warn cold war audiences of the ease with which right can be crushed by fanaticism and its message remains dismayingly relevant. 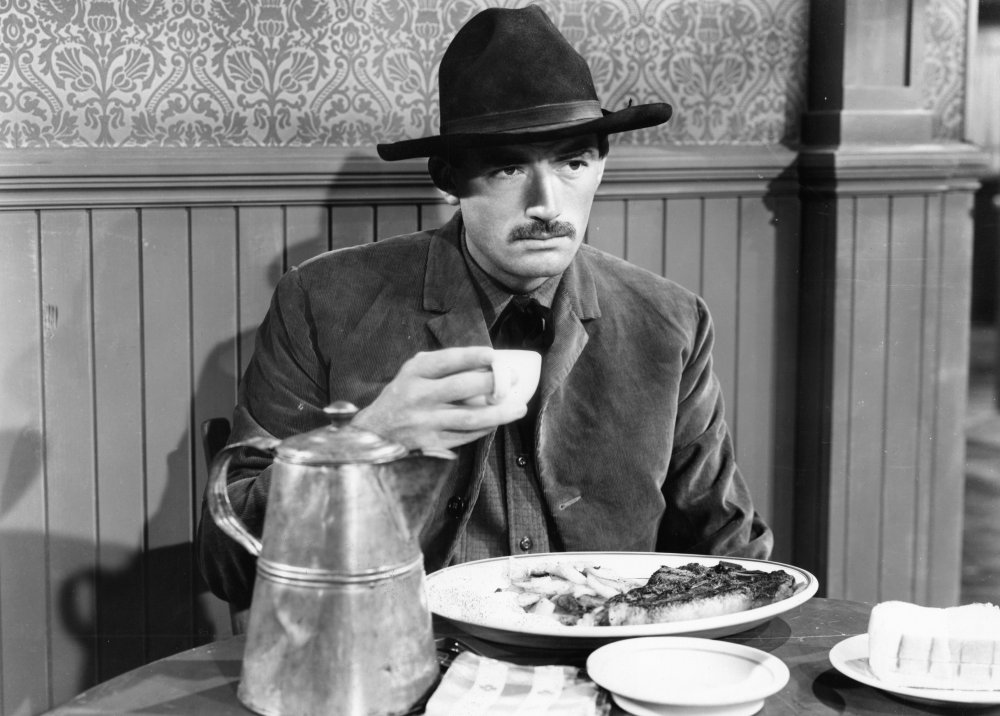 The second of Peck’s six collaborations with Henry King was inspired by retired heavyweight champion Jack Dempsey’s frustration that people kept picking fights with him. Again landing a part earmarked for John Wayne, Peck exudes world-weary menace as Johnny Ringo, the fastest gun seeking to bury his reputation, reconcile with his estranged wife and start again in California. Apparently, 20th Century-Fox chief Spyros P. Skouras was appalled that Peck sported a bushy period-appropriate moustache and claimed it cost the studio $1m at the box office. But this simmering psychological study has since become one of the classics of the genre. 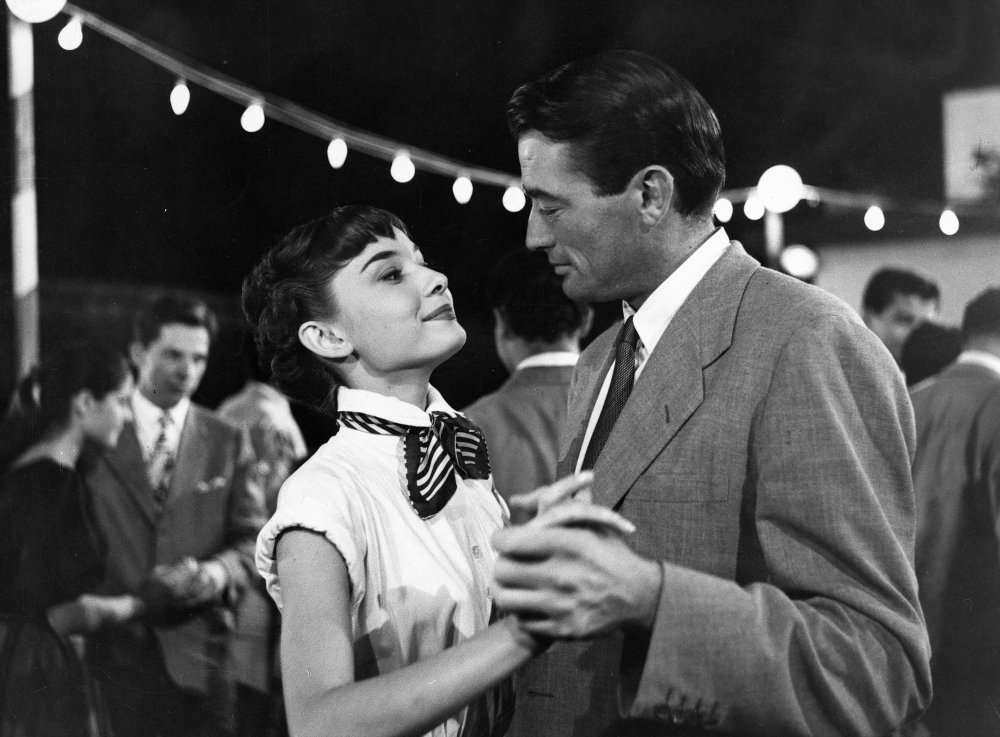 Entering his second decade of stardom, Peck sought to reinvent himself as a romantic lead and overcame the reluctance to team with newcomer Audrey Hepburn to revel in this latter-day screwball, which Frank Capra had hoped to make with Cary Grant and Elizabeth Taylor. Benefiting from William Wyler’s rare readiness to let them improvise, Peck responded to the Oscar-winning Hepburn’s promptings to replace his trademark angst with a dash of mischief and such is their evident chemistry during the Vespa jaunt around the Eternal City and the Mouth of Truth sequence that it seems astonishing that they were never paired again. 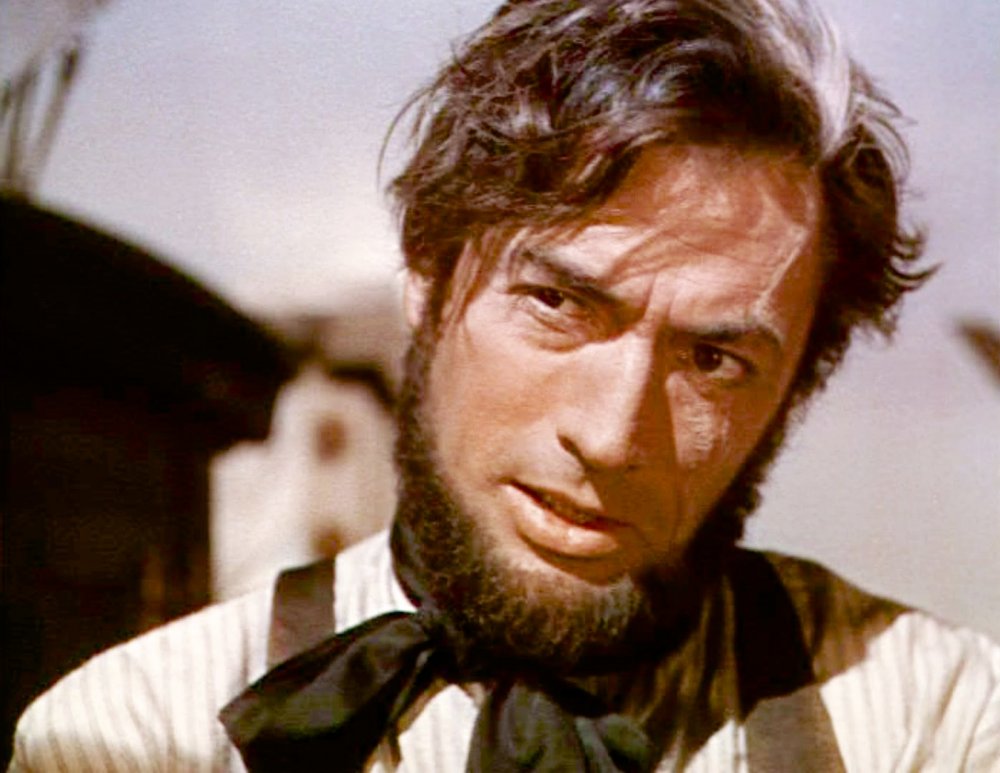 A chance meeting at a party led to Peck assuming the role of Captain Ahab that John Huston had always believed perfect for his late father, Walter. Peck never felt he was a good fit to play the obsessive whaler and nearly paid with his life when the 75ft rubber prop broke free from its towline and drifted off into the foggy Irish Sea. Co-stars Richard Basehart (Ishmael) and Leo Genn (Starbuck) likewise suffered physical injury, as Huston feuded with screenwriter Ray Bradbury in his all-consuming determination to do justice to the Herman Melville novel he had adored since his youth. Nevertheless, Peck cameoed as Father Mapple in the 1998 tele-remake. 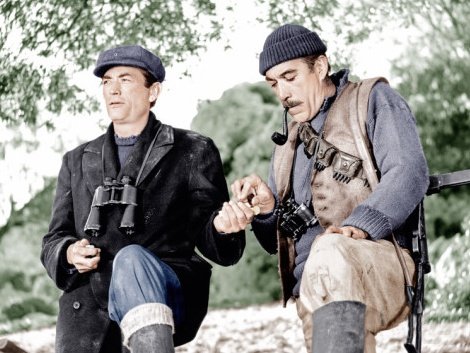 Despite grave misgivings about Alistair MacLean’s bestseller, Peck enjoyed the gruelling shoots at Shepperton Studios and on the Greek island of Rhodes. He made frequent suggestions to writer-producer Carl Foreman and teased him that the yarn about six misfits blowing up a German fortress in the Aegean was essentially a gay love story. But, while he feared the action bordered on the parodic, Peck and his co-stars approached it with an utter conviction that was consolidated by J. Lee Thompson’s unpredictable directorial style and it proved one of the biggest hits of Peck’s career. 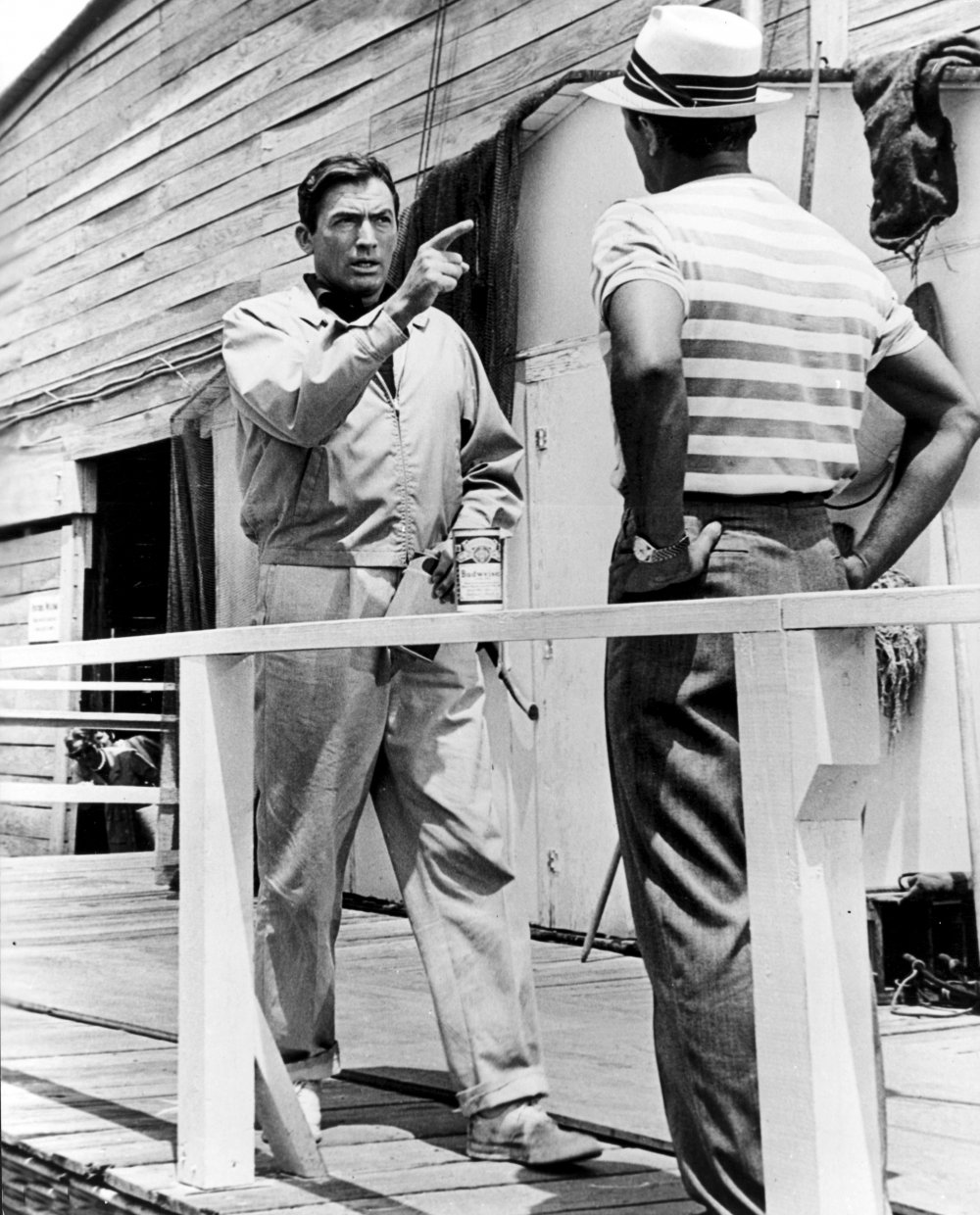 Peck acquired the rights to John D. MacDonald’s novel The Executioners and persuaded Robert Mitchum to play Max Cady, the psychotic sex offender who seeks revenge on lawyer Sam Bowden for putting him behind bars. However, Peck, Polly Bergen and Barrie Chase probably questioned his casting when Mitchum indulged in some brutish improvisation that prompted the BBFC to demand 161 cuts. Although nominally the hero, Bowden is prepared to hire thugs to pulp a nemesis he later plots to murder and Martin Scorsese tapped into this ruthless streak in offering Peck a sleazy cameo in his 1991 remake. 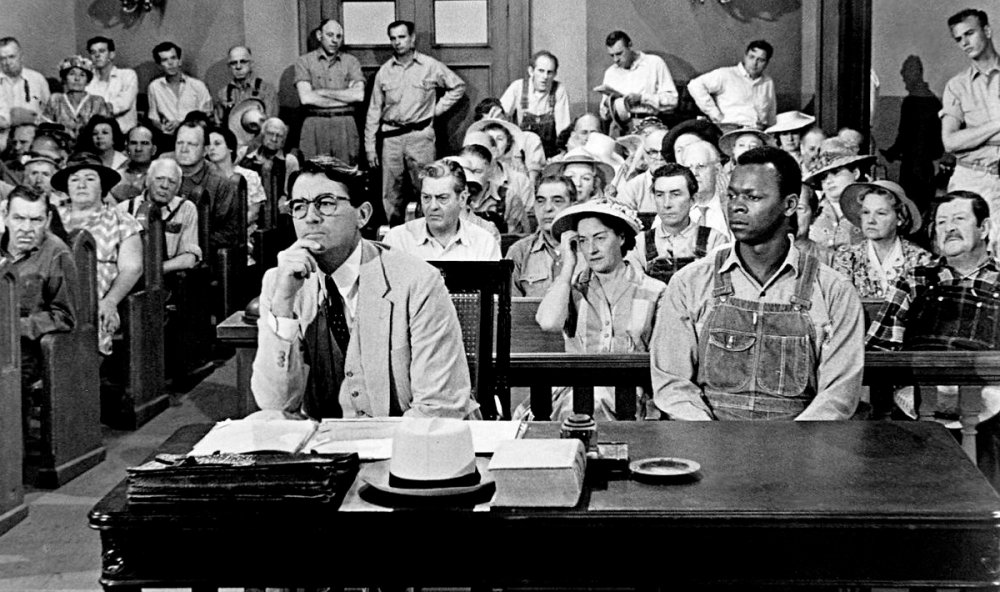 But for a scheduling delay, Rock Hudson would have played Atticus Finch and deprived Peck of the Oscar-winning role with which he is most associated. However, director Robert Mulligan insisted on Peck when he took over the project and author Harper Lee was so enraptured by his performance that she gave him her father Amasa’s gold pocket watch. Exuding dignity, decency and dependability, Peck dominates the courtroom sequences. But he also engages touchingly with 13-year-old Phillip Alford and nine year-old Mary Badham, who excel as Jem and Scout Finch yet never acted again. 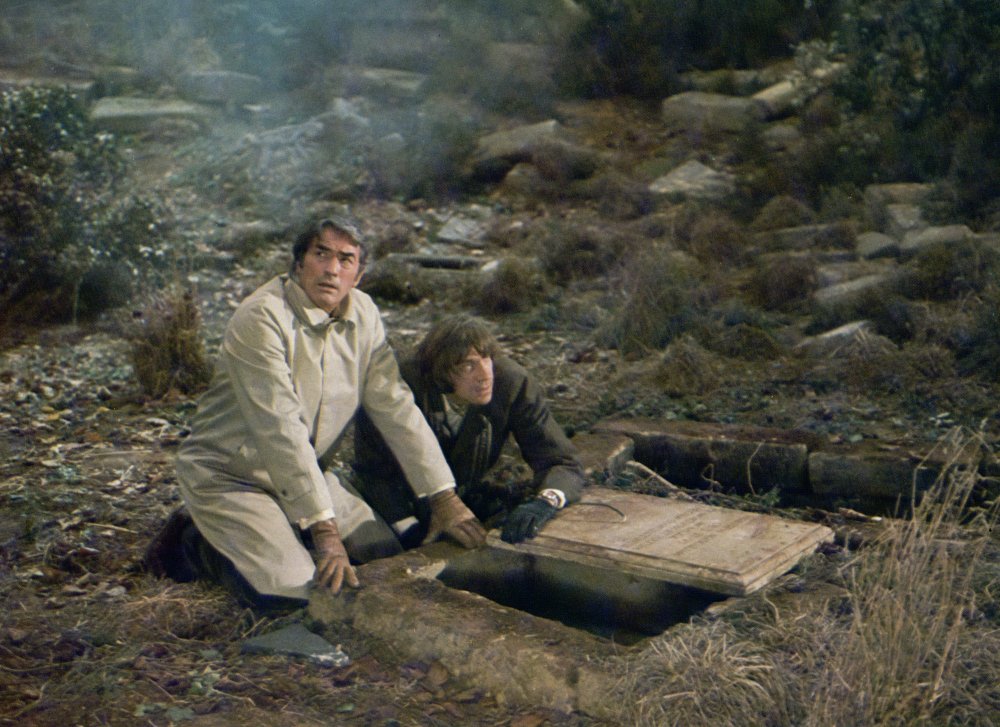 Following his Golden Globe nomination for Captain Newman, M.D. (1963), Peck entered a fallow period and must have been relieved that William Holden and Charlton Heston passed on this supernatural thriller. Pipping The Exorcist (1973) to the title of the scariest film with British audiences in a YouGov poll last Halloween, David Seltzer’s tale of diabolists switching the US Ambassador’s baby for the Antichrist is full of sinister twists and shocking set-pieces. But what holds things together is the conflicted righteousness that enabled Peck to remain a major star for 60 years.