From Women in Love to Sunday Bloody Sunday, we celebrate the film and TV career of the only MP with two Oscars to her name.

• Buy Women in Love on Blu-ray 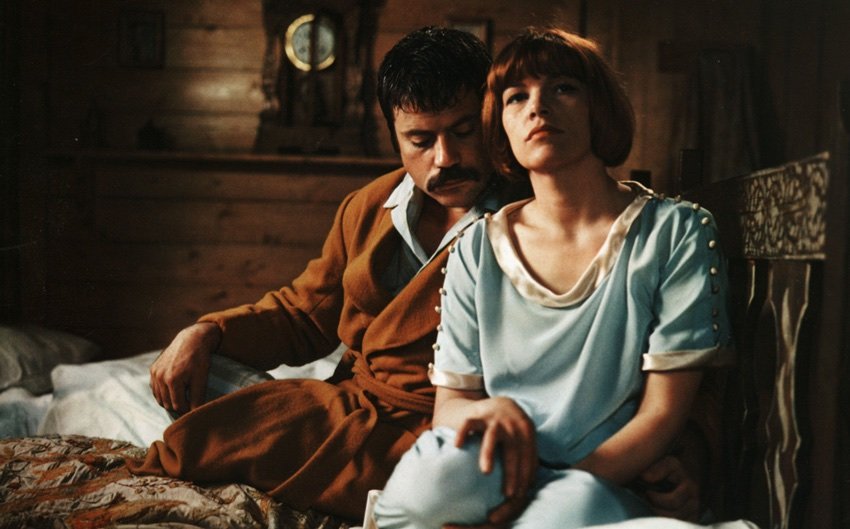 Glenda Jackson will celebrate her 82nd birthday, on 9 May 2018, on Broadway with two performances of Edward Albee’s Three Tall Women. The only MP in parliamentary history with two Academy Awards to her name, the Birkenhead-born actor may have taken a 23-year sabbatical from stage and screen, but she packed a number of memorable performances into a heyday that stretched from Peter Brook’s Marat/Sade (1967) to Ken Russell’s The Secret Life of Arnold Bax (1992).

Indeed, whether expressing strong views on contemporary British theatre and cinema in the Central Office of Information’s magazine series The Pacemakers (1971) or playing a disruptive pirate on The Muppet Show (1980), Jackson possesses a combative intelligence that always makes her compelling. 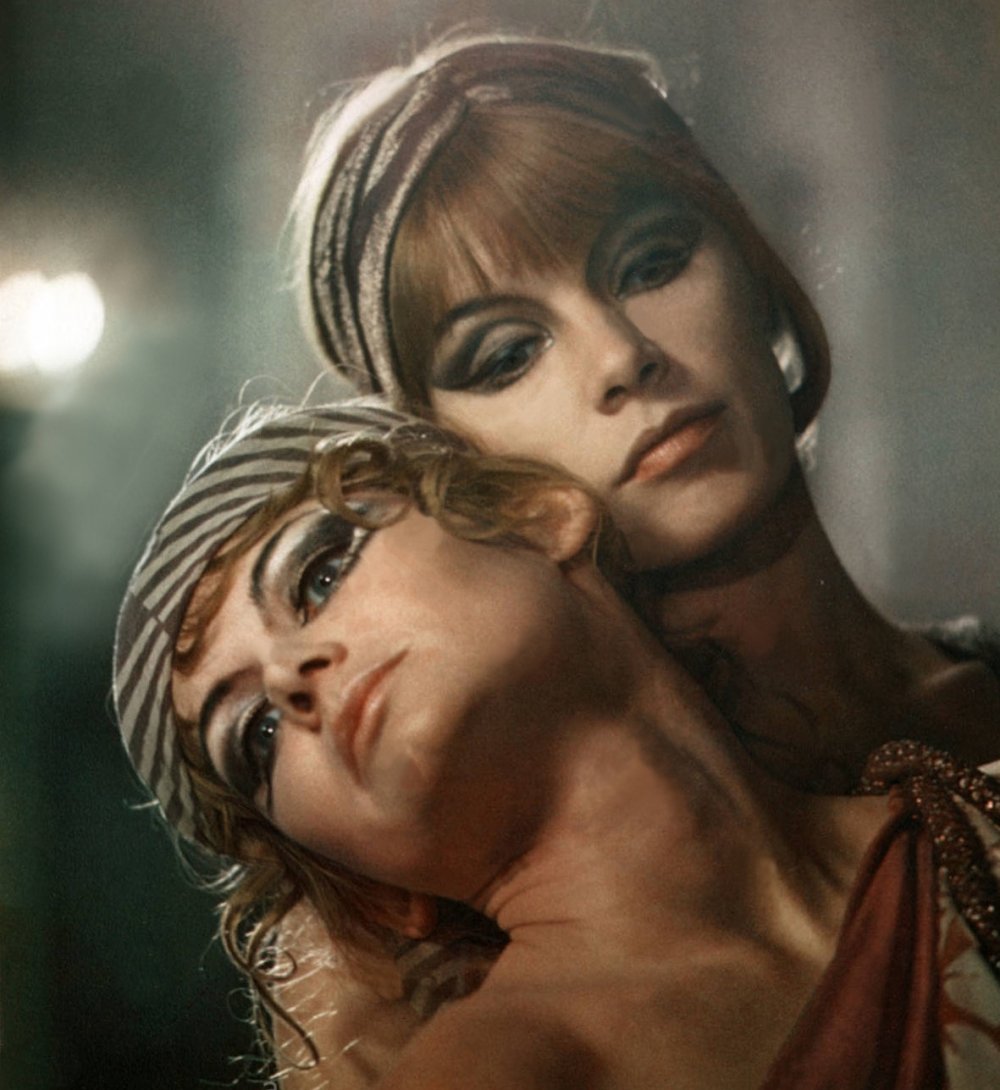 How different Glenda Jackson’s career might have been had Jack Clayton, Stanley Kubrick or Peter Brook accepted producer Larry Kramer’s offer to direct this audacious D.H. Lawrence adaptation. Instead, Ken Russell guided Jackson (who was pregnant for much of the shoot) to an Oscar for her portrayal of free-spirited artist Gudrun Brangwen, and they would reunite on five further occasions. She would also make The Triple Echo (1972) and The Class of Miss MacMichael (1978) with Oliver Reed, despite rumours that he tried to have her replaced. But his sense of inferiority gave Gudrun’s treatment of the self-loathing Gerald Crich a sadistic frisson that perfectly suited Jackson’s quiet ferocity. 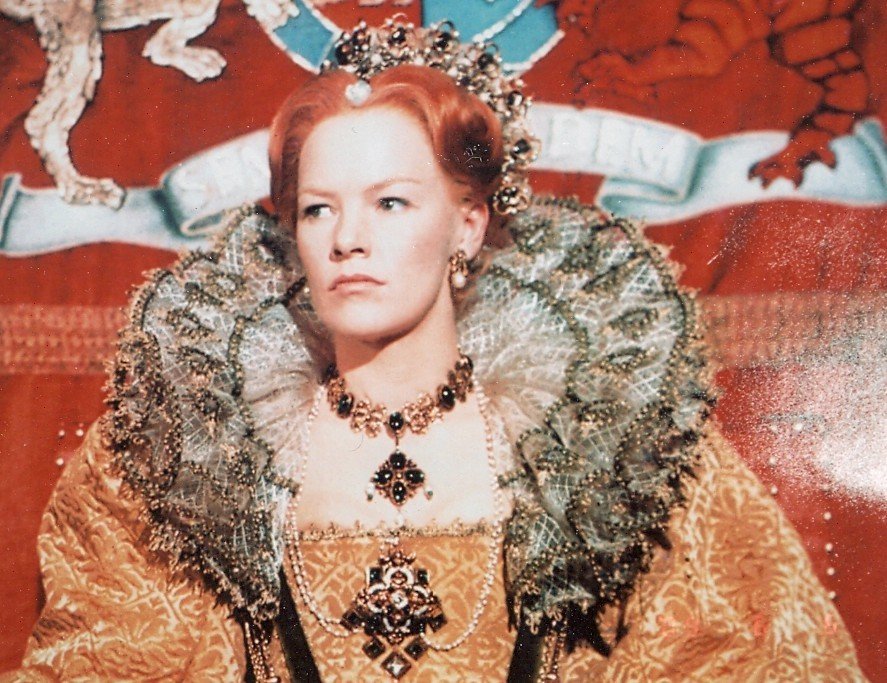 Jackson suffered for her art while making this imposing BBC six-parter. Having learned how to ride side-saddle and fire a bow and arrow, she spent seven months wearing costumes that were so heavily padded or weighted that she often had difficulty breathing or moving around. The coarse material chosen for the 200 costumes rubbed Jackson’s shoulders raw. Moreover, she shaved her head and endured many early mornings having her prosthetic makeup applied. The pain was rewarded with an Emmy, and Jackson reprised her most demanding screen role in a fascinating contrast of styles with Vanessa Redgrave in Mary, Queen of Scots (1971). 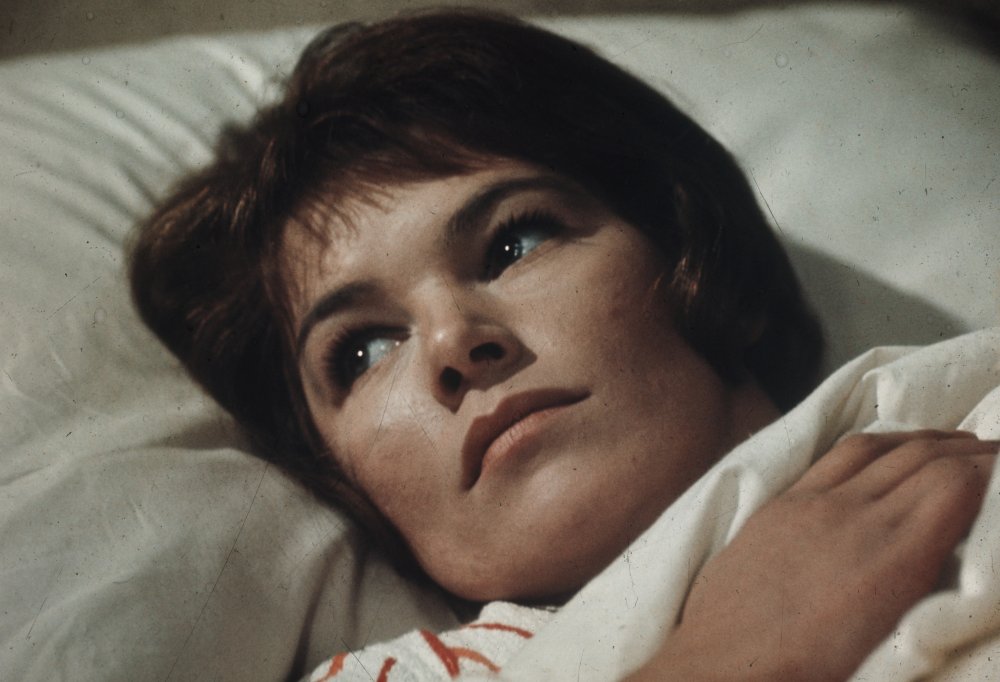 Critic Penelope Gilliatt once declared Jackson to be “the only Ophelia I had ever seen who was capable of playing Hamlet”. In her script for John Schlesinger’s most personal film, however, Gilliatt casts Jackson as a latter-day Ophelia who refuses to tolerate the indecisiveness of Murray Head, the bisexual lover who resists committing to either Jackson’s employment counsellor or Peter Finch’s Jewish doctor. Schlesinger had wanted Vanessa Redgrave to play divorcee Alex Greville, as he feared Jackson would be stagy and strident. But her Oscar-nominated, BAFTA-winning performance allows a dry wit to seep into Alex’s creeping desperation, as she comes to realise that “sometimes nothing is better than something”. 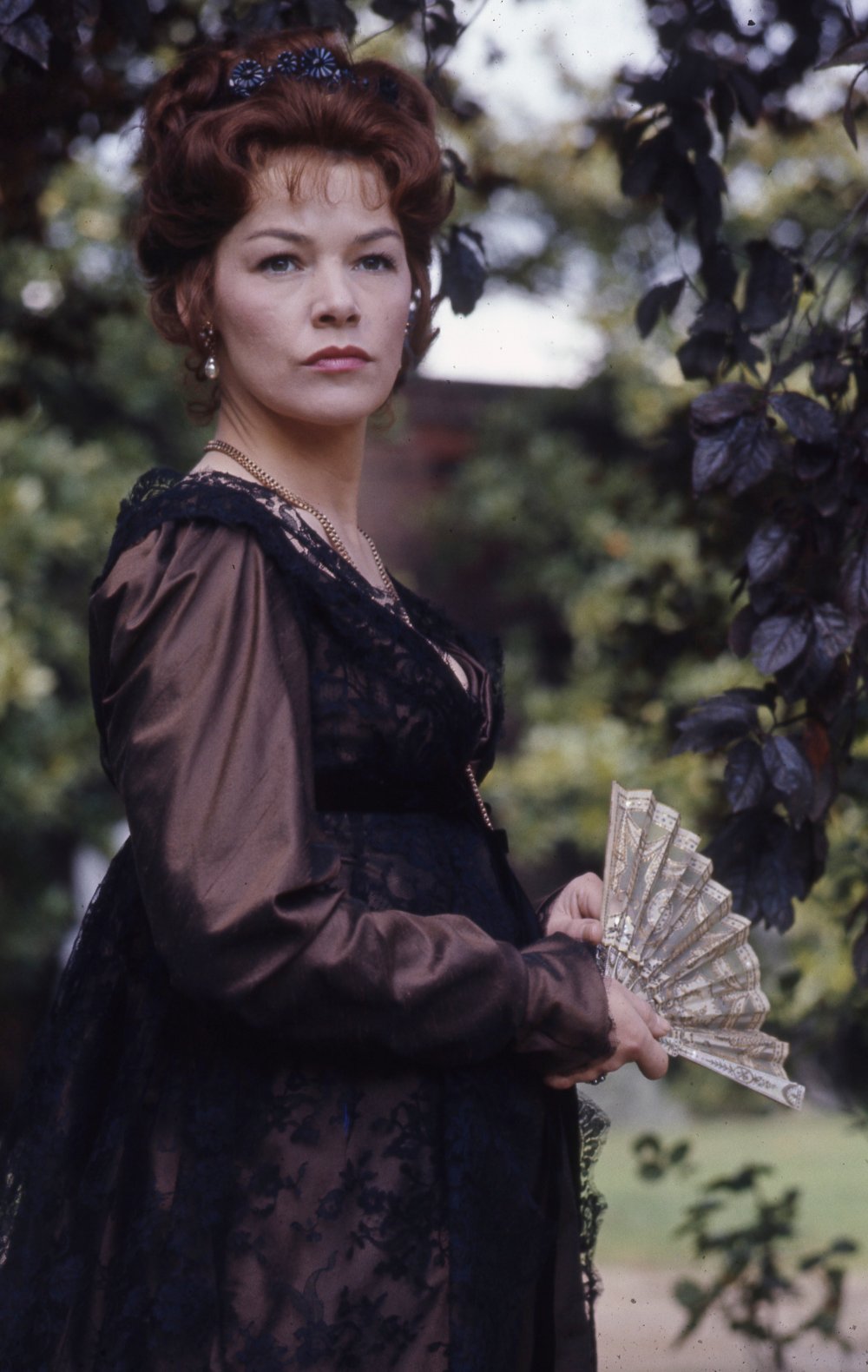 Ken Russell once said of Jackson: “Sometimes she looked plain ugly, sometimes just plain and then, sometimes, the most beautiful creature one had ever seen.” Director James Cellan Jones played on these three faces in this handsome adaptation of Terence Rattigan’s play about the last meeting between Emma Hamilton and Horatio Nelson. Reuniting with Peter Finch, Jackson fearlessly depicts Hamilton as a drunken harridan, who appals polite society and transfixes the naval hero about to depart for Trafalgar. Whether cursing like a trooper, flirting coquettishly or recognising herself for who she is, this Lady Hamilton is an arresting mass of conflicting emotions. Yet, Jackson herself dismissed her performance as “rubbishy”. 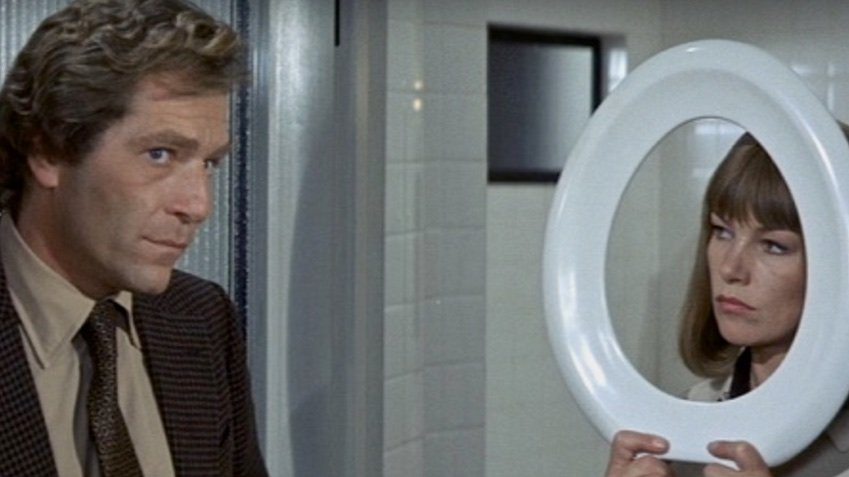 Melvin Frank was so impressed by Jackson’s comic timing as Cleopatra on The Morecambe and Wise Show that he offered her the role of Vickie Allessio in this screwball homage. Time might not have been kind to the situation or some of the dialogue, as Jackson’s divorced fashion designer conducts an affair with married American executive George Segal. Frank had offered this role to Cary Grant and Jackson invokes the spirit of two of Grant’s favourite co-stars, Katharine Hepburn and Rosalind Russell, in maintaining her integrity and independence. When she won her second Oscar, Eric and Ernie telegrammed, “Stick with us, kid, and we’ll get you a third.”

Since morphing from Christine Keeler to Jackie Kennedy while naked in a bathtub for a Theatre of Cruelty sketch, Jackson has scored some notable theatrical triumphs, despite her sometime ambivalence towards the stage. In a year that also saw her film The Maids and The Romantic Englishwoman, she recreated a Royal Shakespeare Company performance of Hedda Gabler that some critics deemed contentious. Yet she and Trevor Nunn remorselessly mine the “grotesque farce” at the core of Henrik Ibsen’s play about a scheming wife seeking to destroy the rival of her milquetoast academic husband. Such is the intensity of this Oscar-nominated display that one longs to see Jackson’s fabledly provocative Lady Macbeth, who she played on stage in 1988. 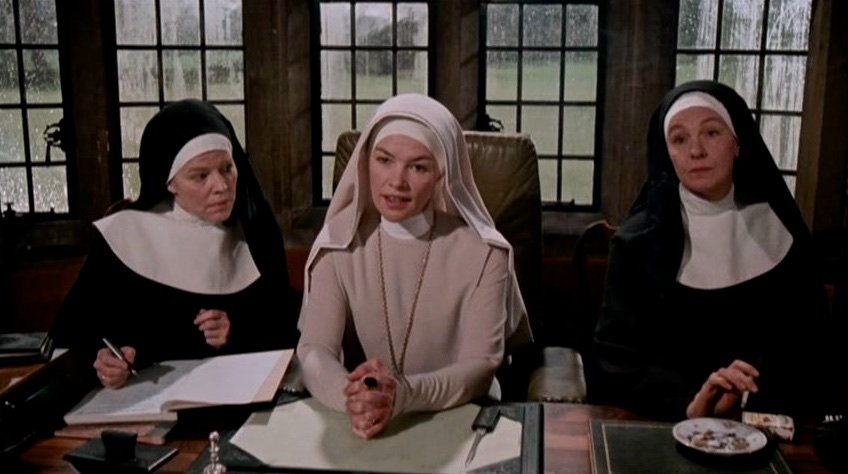 Having fallen out with Ken Russell after refusing to make The Devils (1971), Jackson took the veil in both Damiano Damiani’s The Tempter (1973) and this wry adaptation of Muriel Spark’s bestseller, The Abbess of Crewe. In both films, Jackson is prepared to employ the dark arts to maintain her authority and she delivers her lines in this Watergate satire with a sly Nixonian relish. She plays the aspiring head of a Philadelphia convent who organises the theft of incriminating letters sent to Susan Penhaligon, her trendy young rival in a snap election that follows the sudden death of Abbess Edith Evans. 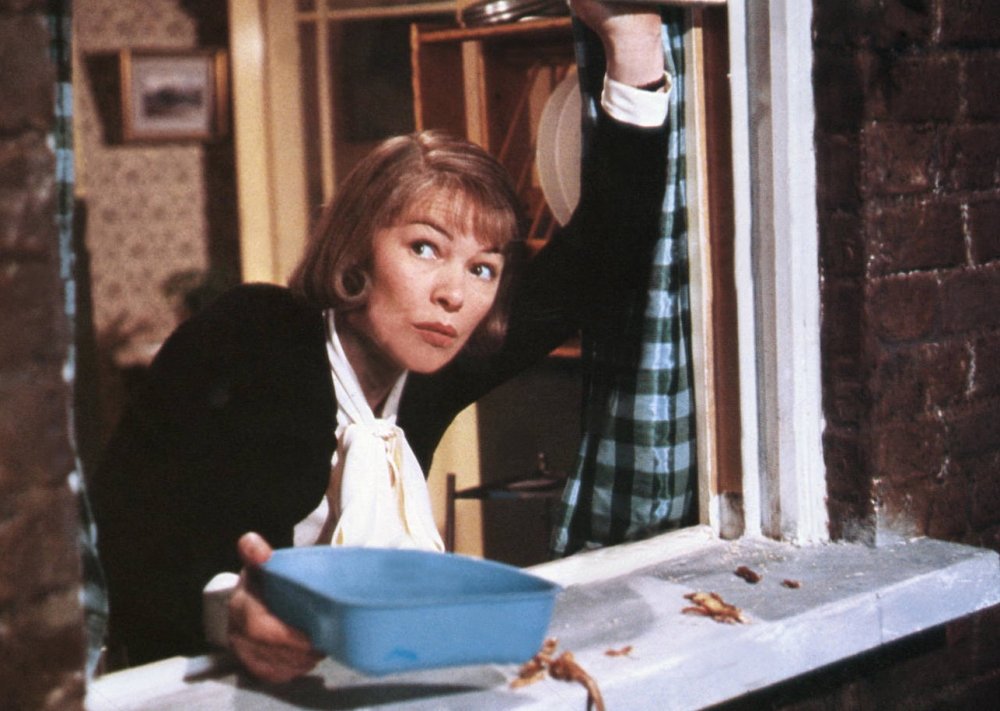 In mid-career, Jackson played several historical figures, including Sarah Bernhardt (The Incredible Sarah, 1976), Patricia Neal (The Patricia Neal Story, 1981) and Yelena Bonner (Sakharov, 1984). However, she clearly identified with poet Stevie Smith, as she captures her wit, humanity and acceptance of self with laconic grace in this tender record of Hugh Whitemore’s stage play. Jackson had once seen Smith perform ‘Not Waving but Drowning’ at a poetry reading and recognised “a very strong woman, tempered in fairly fierce fires” who had “walked through hell many times”. Thus, whether conversing with her spinster aunt (Mona Washbourne) or her buffoonish lover (Alec McCowen), Jackson poignantly combines idiosyncrasy with perspicacity. 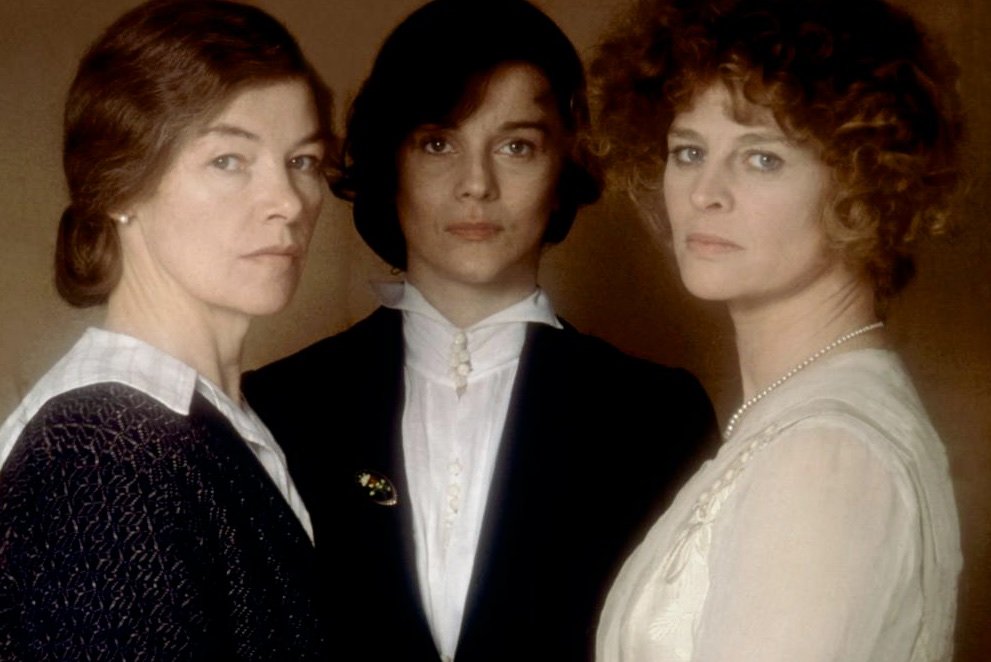 The comfort of strangers unites Jackson’s two wartime dramas. In The Triple Echo, she had played a farmer disguising her deserter lover as her sister. But her drab working-class wife is the one intruding upon the calm of Baldry Court in this assured adaptation of Rebecca West’s first novel, as she informs Julie Christie that shell-shocked husband Alan Bates has no recollection of their marriage and still believes himself to be Jackson’s long-forgotten sweetheart. Genteely seething with cross-class tension, this discreetly observed treatise on passion and position is also a sobering study of loss, with Jackson’s genius for small gestures making the nursery scene so unbearably moving. 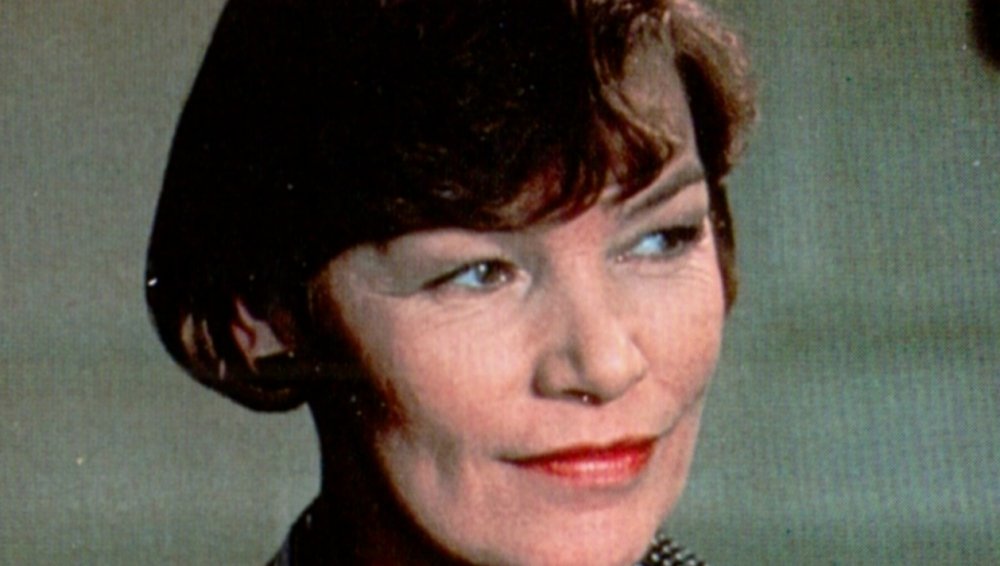 It’s tempting to wonder how Jackson’s career might have progressed had she not gone into politics. She may have made more Hollywood pictures with the likes of Walter Matthau (House Calls, 1978; Hopscotch, 1980) and Robert Altman (Health, 1980; Beyond Therapy, 1987). But, having declined the opportunity to play M to Pierce Brosnan’s Bond, she may well have plumped for more socially relevant dramas like this fact-based story about a Liverpudlian shop boss fighting an unfair dismissal case after protecting a staff member from a predatory area manager. Drawing on her own experience of working in Boots, Jackson seizes the opportunity to challenge the Thatcherite mentality.