He was born 126 years ago, before sci-fi films, serial killer movies and film noir were invented. He’d help invent them all. Fritz Lang was one of the giants of cinema, and these 10 films find him at the top of his game. 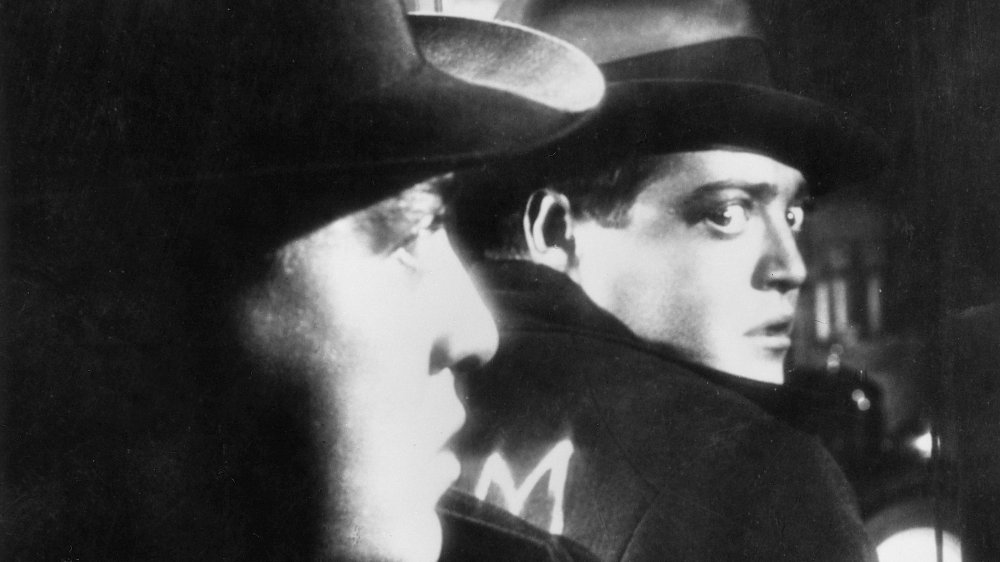 It’s probably best we assert this up front: this list is by no means meant to represent ‘The 10 Best Films by Fritz Lang’. The simple reason being that it’s entirely impossible to choose just 10 films to stand as his ‘greatest’ works. It’s against the laws of physics, or something. Even choosing 10 ‘essential’ films proved an invitation to nail-biting, hand-wringing and cold-sweating at the prospect of inevitable, major omissions. Lang simply didn’t make a bad film, and there aren’t many filmmakers with over 40 feature credits to their name – across multiple genres – who you can say that about. Of course, some are better than others, but we can think of at least 25 deserving of a place in said hypothetical, mathematically impossible top 10. So what follows are 10 of the greatest – but not necessarily the 10 greatest – films by one of cinema’s true giants. 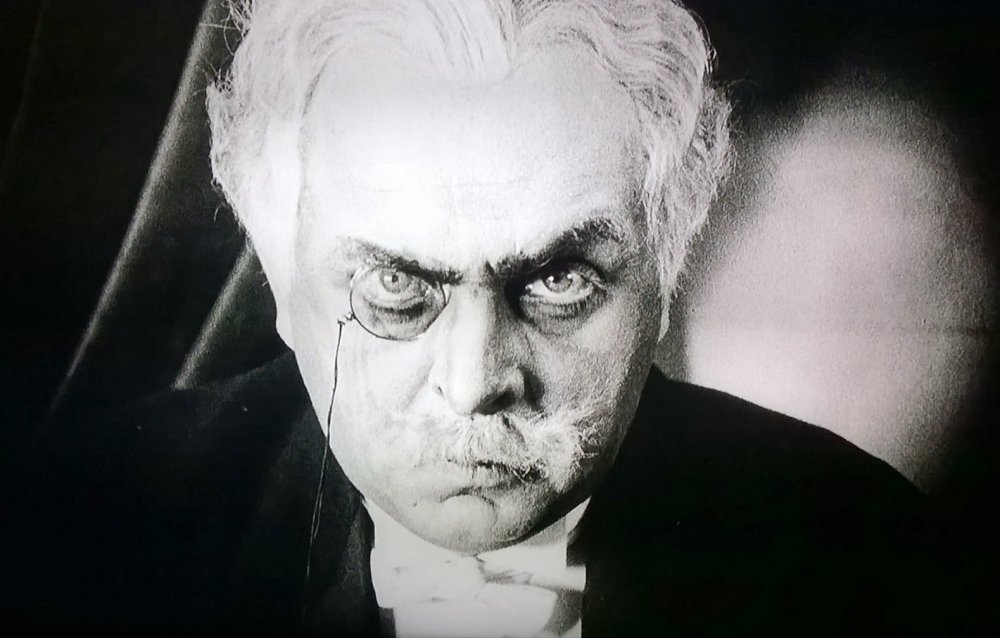 While it’s impossible to select a single film of Lang’s as representative of such a varied career, the three films that make up his Mabuse trilogy remain landmarks of certain phases. Dr. Mabuse, the Gambler (1922) stands as Lang’s first masterpiece, a five-hour silent epic that introduced the world to the nefarious criminal mastermind to whom Lang would return in 1933 with The Testament of Dr. Mabuse and again at the very end of his career with The Thousand Eyes of Dr. Mabuse (1960). Lang would always deny the retrospective political readings afforded the films, but their synonymity with the rise of fascism and the surveillance state remain persuasive. All three are must-sees. 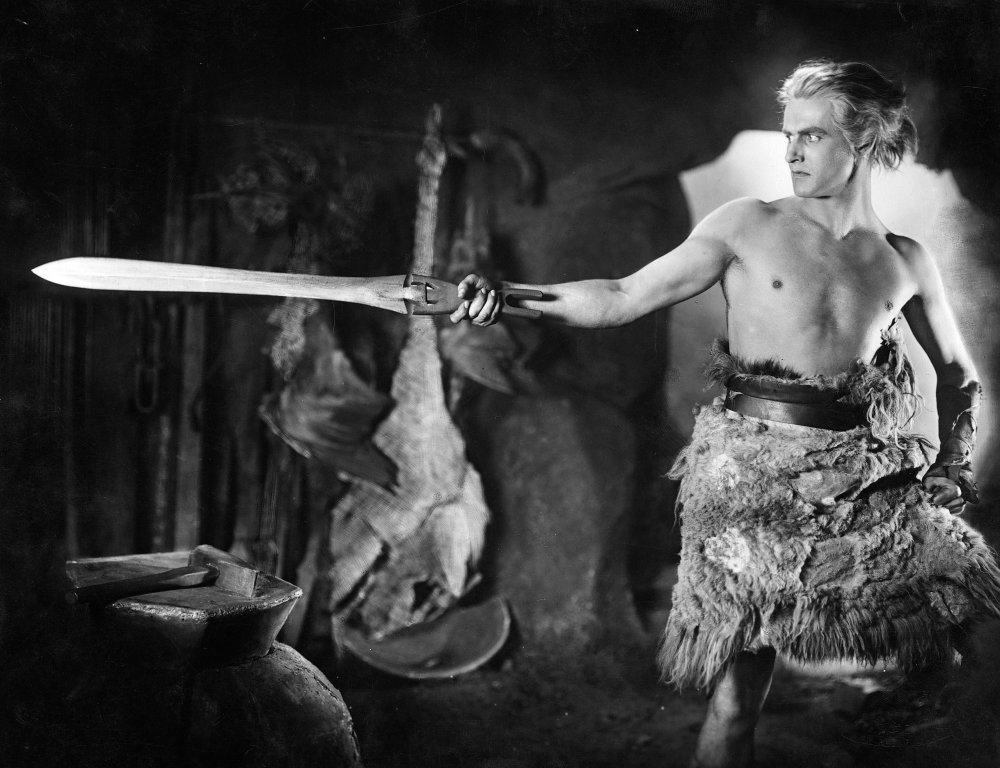 Given its more accessible genre framework (and high-profile restoration a few years back), it’s little surprise that Metropolis (1927) would be the silent picture of Lang’s subject to canonical entombment. His two-part Germanic epic, Die Nibelungen, made three years earlier, is arguably the more worthy article; a strange, visually staggering monster of a film, best known for capturing the attention of one Adolf Hitler. Of course, Lang had little interest in becoming a pawn of Nazi propaganda, legging it abroad when Goebbels came knocking. The film sees Lang working on his grandest canvas, its fire-and-brimstone spectacle as vast and audacious as anything seen in the silent era, or arguably since. 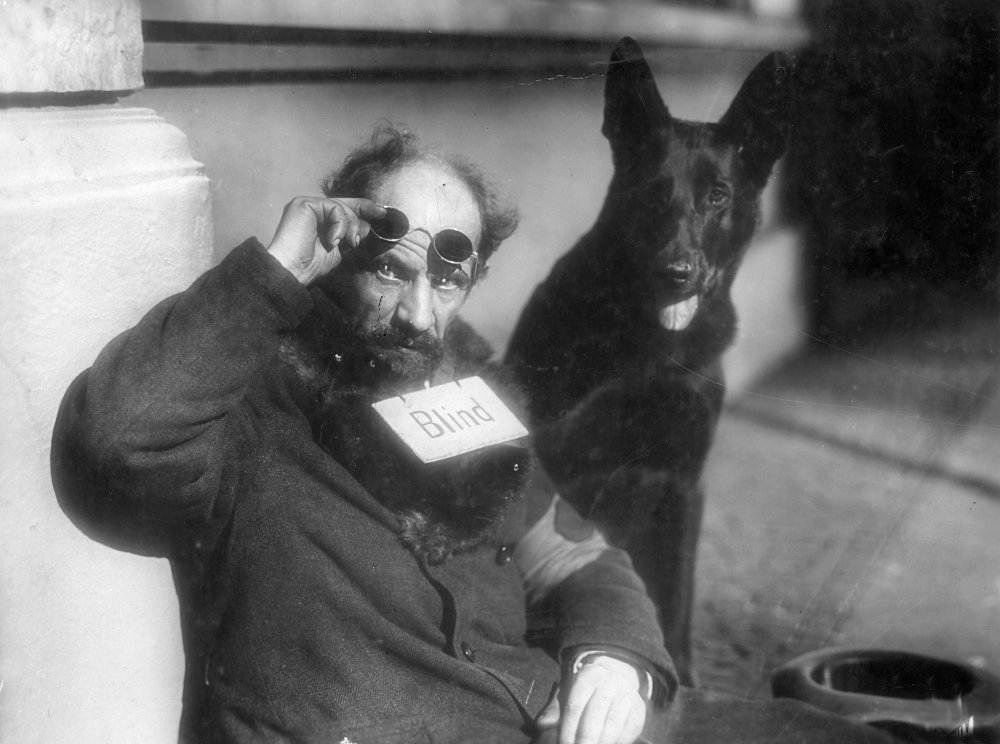 Lang’s first talkie, and his crowning achievement, marks the apotheosis of a visual language he’d developed over the course of his silent career. That the soundscape – which continues to astonish some 80-odd years later – feels such an inseparable part of Lang’s formal design (in both its presence and absence) elevates M high above its mere dialogue-accompanied contemporaries. A groundbreaking serial-killer thriller, it’s also an indictment of the notion of the justice, dipped in the darkest of ironies. Lang’s greatest coup lies in the film’s humanistic complexities; not least the humanity afforded Peter Lorre’s infamous child-killer in its kangaroo court finale. 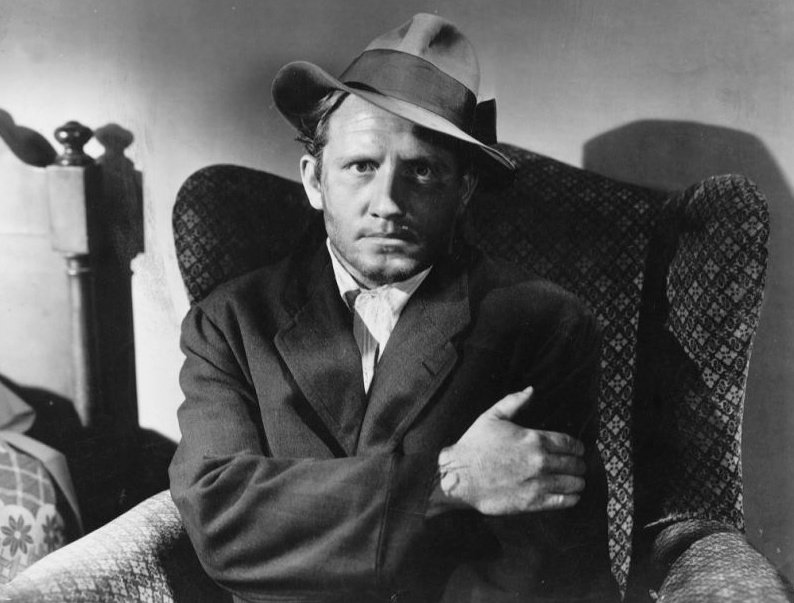 Lang brings M’s kangaroo court stateside for his first American picture, delving further into the mob-ruled grotesqueries of human nature and its thirst for ‘justice’, with the story of an innocent, circumstantially accused man seemingly burned alive by angry townsfolk furious at the slow progress of the judicial system. Lang’s indictments of fascism – and its potential for swift escalation in groupthink mentality – knew no geographical boundaries, with many of his US films offering both local and European socio-political commentary. The pacifism of Fury’s studio-mandated ending speaks less of compromise than of Lang’s insistence on the necessity of the individual to follow his own moral compass. 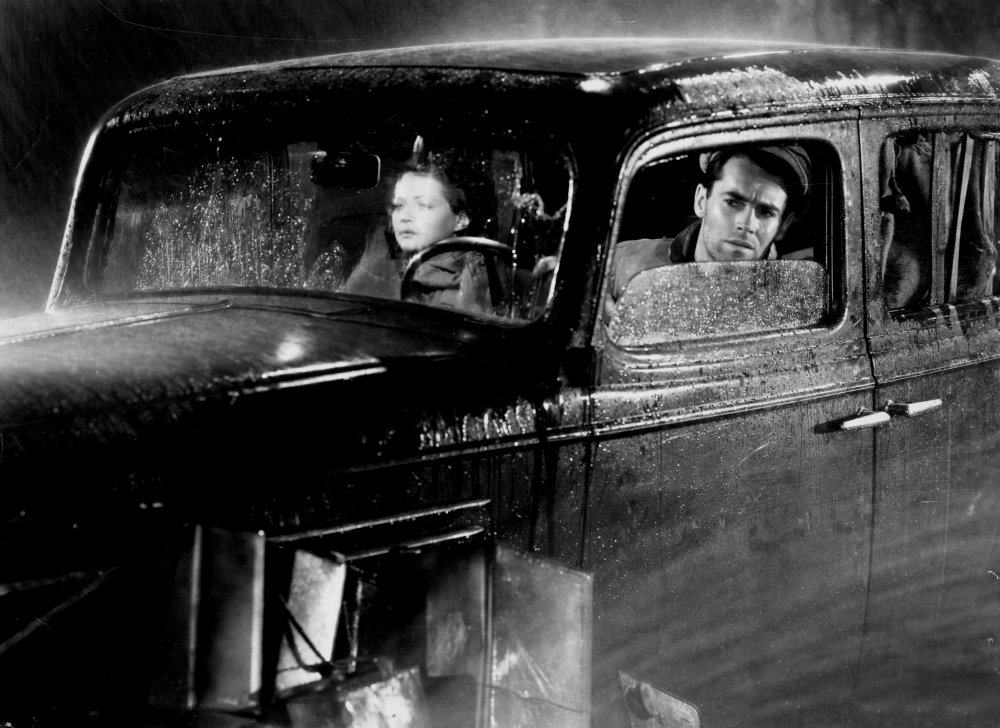 In this early foreshadowing of the 1940s film noir style, the doom-laden predestination is triggered early. Even with his gal in his corner, ‘three-time loser’ Henry Fonda stands little chance against the attitudes and social structures conspiring against a former jailbird trying to go straight. With more than a hat-tip to the social indictments of Warner’s 30s output, Lang and cinematographer Leon Shamroy set an entire expressionist arsenal to work on a lovers-on-the-lam tale bathed in vivid chiaroscuro tones. One of the great films of the 1930s, You Only Live Once is one of Lang’s most atmospheric works; irrevocably fatalistic and pregnant with despair. 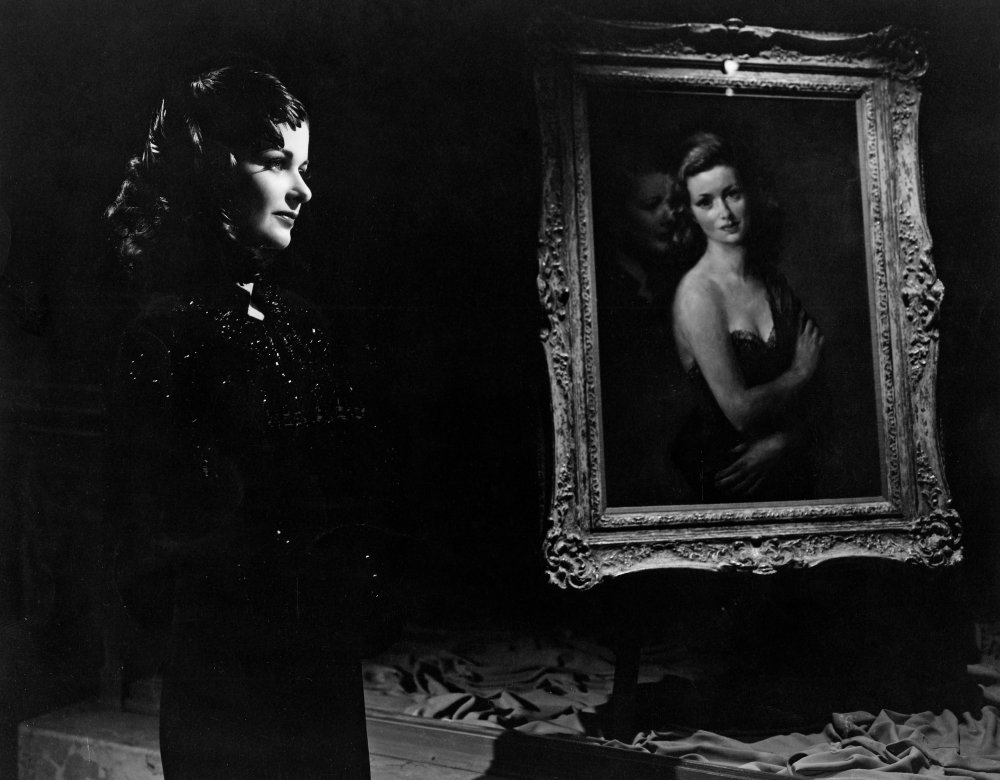 Lang made two corkers with Edward G. Robinson in succession: The Woman in the Window and the more widely-seen, Scarlet Street (1945). The latter could be the superior film, but the dream-world (quite literally) crafted for this earlier collaboration deserves more attention. A film noir about film noir, it’s an endlessly witty and suspenseful exercise in genre deconstruction – postmodern before there was even modern – as Robinson’s professor conjures himself a nocturnal adventure in which he attempts to get away with murder. With a terrific supporting cast – not least Joan Bennett’s femme fatale and Dan Duryea’s sleazy blackmailer – it’s a gorgeously mounted game of cat and mouse, the fun coming from the mouse’s position (for the most part) atop the cat. 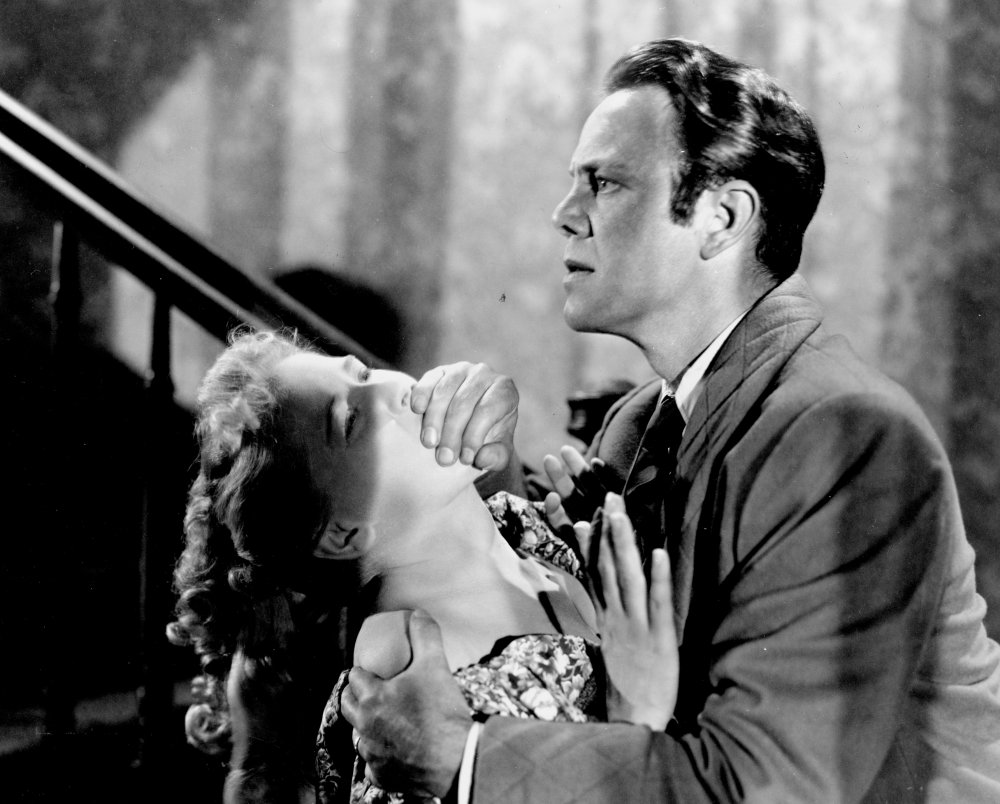 While there are perhaps, objectively speaking, more significant films by Lang that we ought to have included – we know, The Big Heat (1953)! – it’s always fun to include an underdog, deserving of further consideration. If nothing else, House by the River shows what Lang was capable of doing with serious budgetary restrictions (he made this for the down-and-out Republic Pictures), his visual inventiveness elevating what in other hands could play to the lowest pulp denominator. Clearly having fun with the depths of amorality on display, it’s Lang’s darkly brutal examination of sexual dysfunction and creative decay, suffused with a ripe whiff of southern gothic. 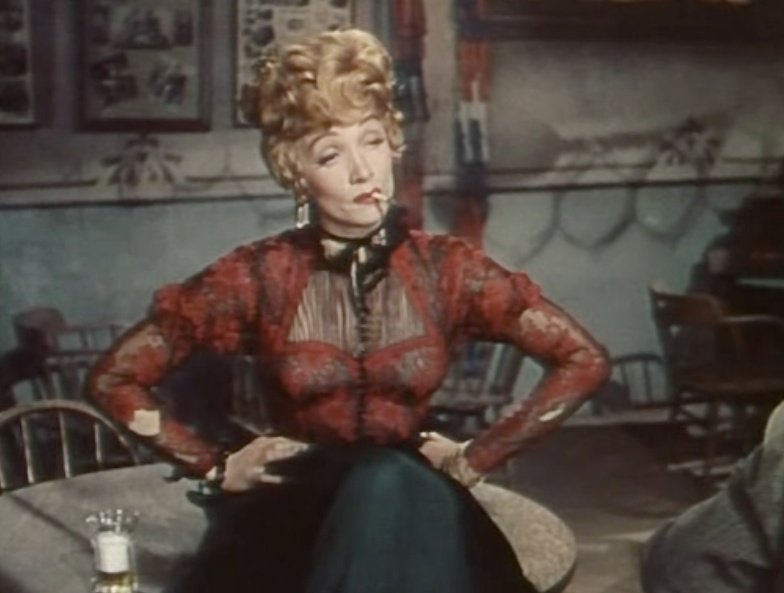 Lang’s third and final western – after The Return of Frank James (1940) and Western Union (1941) – is one of his most luridly strange films. A common enough set-up sees Arthur Kennedy’s gunslinger set out to avenge his murdered bride-to-be, setting the scene for an erosion of moral certitude on Technicolor sound stages of Brechtian self-acknowledgment (all the more apparent given the Greek chorus of sung narration, chanting “Hate, Murder and Revenge!”). Marlene Dietrich gives one of Lang’s fiercest female performances, in a film offering further evidence of a filmmaker who could turn his hand to any genre and turn its tropes inside-out. 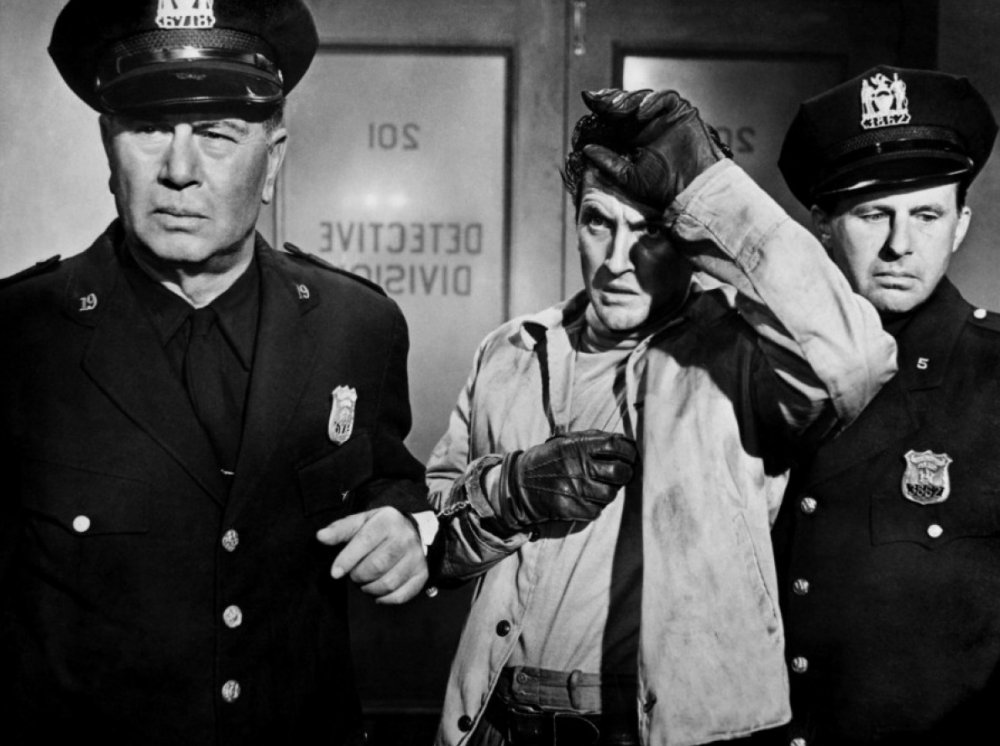 A delectably sleazy, cynical noir from Lang centred on the power plays within a city newsroom, as four reporters vie for promotion when their boss kicks the bucket only to be replaced by his clueless son. The top job will go to whoever breaks the Lipstick Killer case, leading to an abandonment of ethics and alliances between the colleagues. Lang serves up some terrific set-pieces – an early murder, a late chase – while examining questions of personal and media influence, as the top-notch cast of character actors inhabit their roles to booze-sodden perfection. With Ernest Laszlo on lensing duties, While the City Sleeps is Lang at his late, great best. 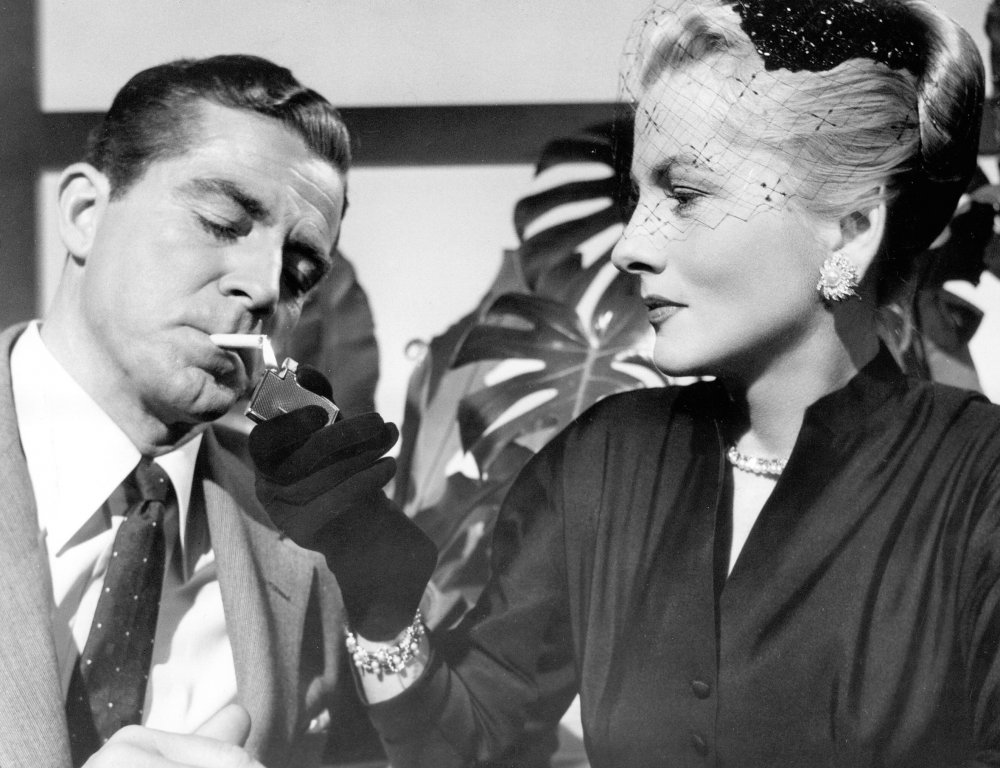 Before he returned to Germany for his two-part Indian epic The Tiger of Eschnapur/The Indian Tomb (1959) and one final stab at Mabuse, Lang made the most nihilistic of all his noirs, Beyond a Reasonable Doubt. Setting itself up as an indictment of capital punishment – Dana Andrews’ writer frames himself for the death penalty, planning to expose its fallibility, before all the evidence proving his innocence disappears – Lang strips back his stylistic proclivities, edging towards a gut-punch of a twist. It’s a film of shifting moral centres and sympathies, each serving to undermine the other, and at a mere 80 minutes, almost impossibly lean. That Lang would end his American career on a note of such ruthless cynicism is as unsurprising as the consummate skill with which he delivers its final blow.