On the centenary of one of the great cinematographers, we celebrate the man who shot for Lynch and Scorsese – and directed his own irresistible horror movies. 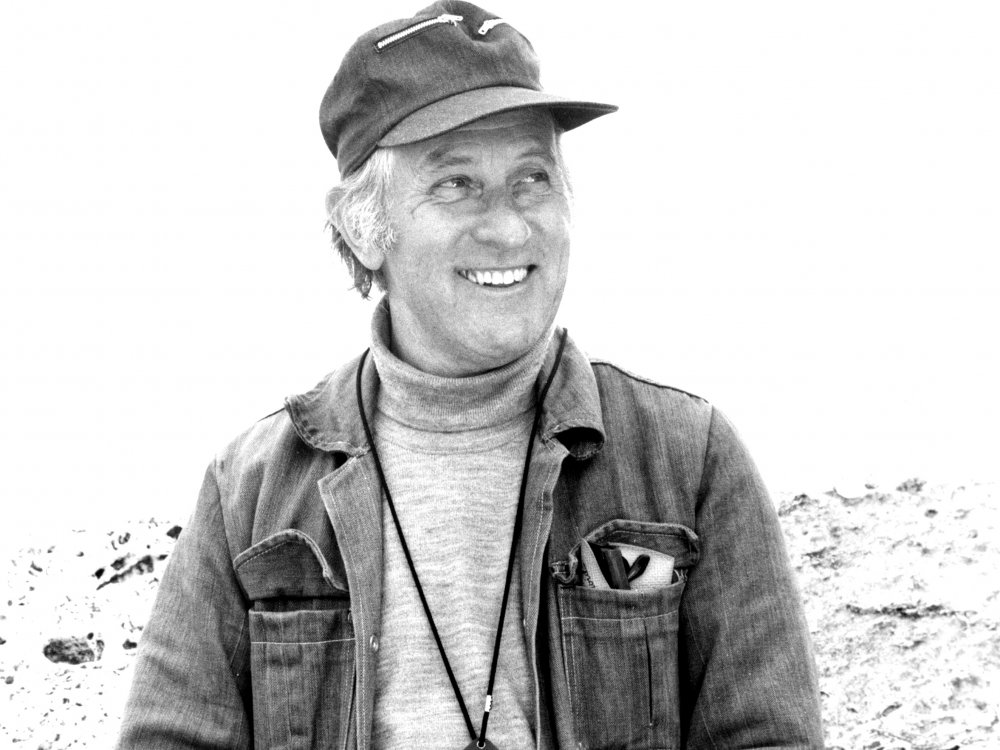 Born 100 years ago today, Freddie Francis was one of the great cinematographers in British cinema. Best known for his pioneering use of black and white CinemaScope, he’d come up through the ranks of all the major British studios, cutting his teeth as camera operator on films by John Huston (Moulin Rouge), Zoltan Korda (The Macomber Affair) and Michael Powell (The Small Back Room, The Tales of Hoffman). In the mid-1960s, Francis turned his attention to directing, taking on a number of for-hire gigs largely in the horror genre for the likes of Hammer, Amicus and Tigon, before a triumphant return to cinematography with The Elephant Man in 1980.

Here are 10 essential films from a 60-year career as both filmmaker and director of photography. 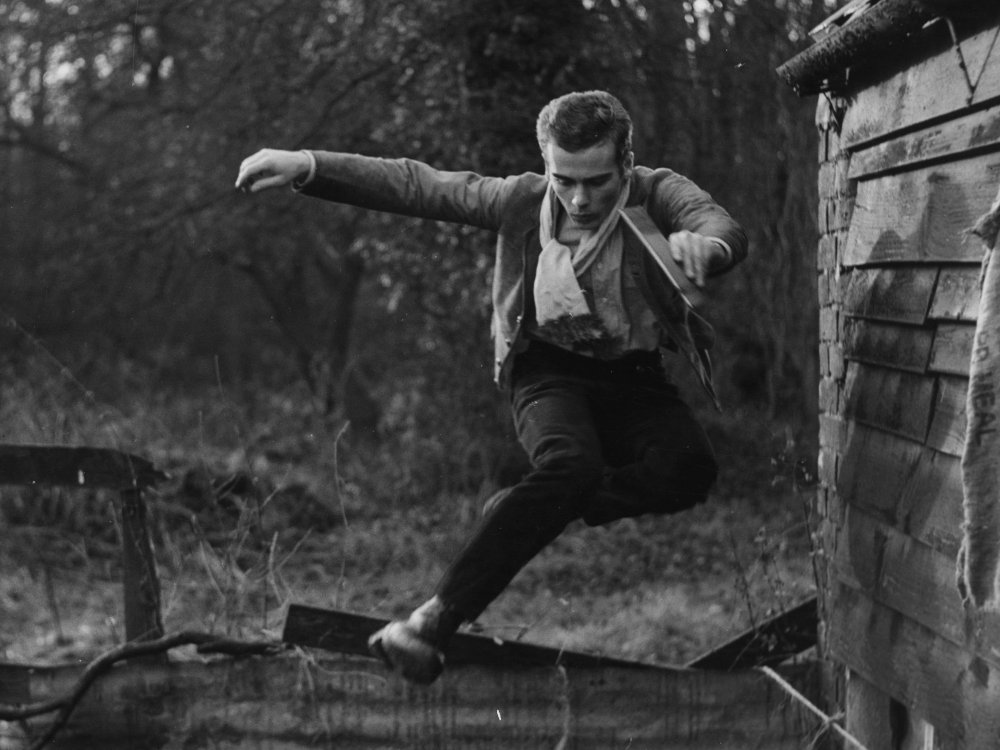 Earning Francis his first of two Oscars for best cinematography (the second would follow in 1990 for Edward Zwick’s American civil war drama, Glory), this D.H. Lawrence adaptation further refined the lush, black-and-white CinemaScope frame he’d first utilised the previous year for B-thriller Never Take Sweets from a Stranger. Jack Cardiff – another cinematographer-turned-filmmaker – directs, with both his and Francis’s eye for the Nottinghamshire locations lending a greater sense of Lawrence’s novel than the literary dialogue, best nailed by Trevor Howard’s violent, emotionally distant father. 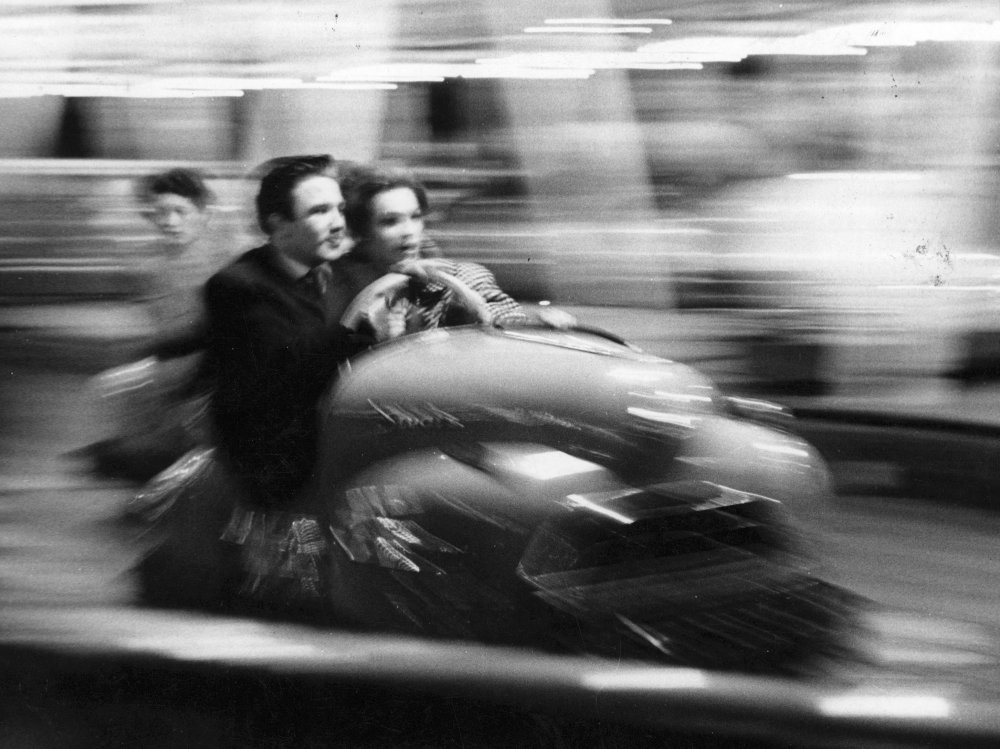 Francis returned to the factories of Nottingham straight after Sons and Lovers, this time to shoot what would would become a defining work of the new wave of British cinema for director Karel Reisz. Following a series of key documentaries as part of the Free Cinema movement, this was Reisz’s debut fiction feature, centring on a barnstorming performance from Albert Finney as a factory worker who lives for the weekends. Francis eschews the aspirational romanticism seen in the Lawrence film for a stark, no-nonsense approach in keeping with Finney’s rambunctious amorality: “What I’m out for is a good time. All the rest is propaganda.” 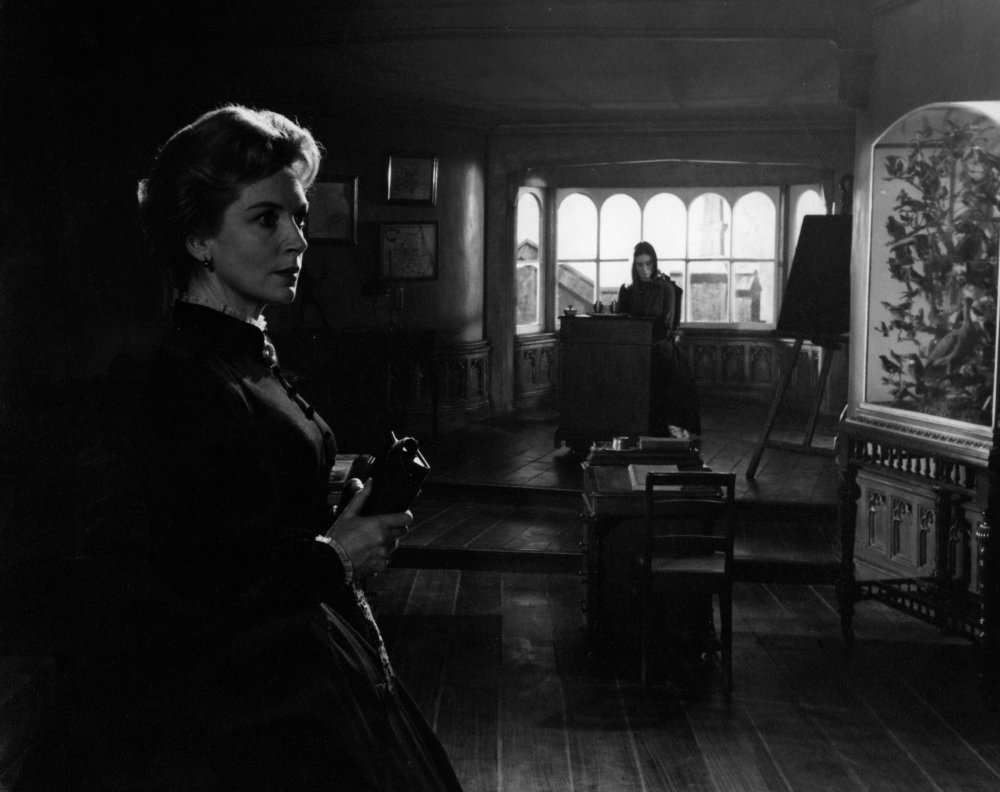 Not just one of the great British ghost stories, Jack Clayton’s take on Henry James’ novella, The Turn of the Screw, remains one of the great British films. A work of dark, pathological ambiguity and psychological unease, the mastery of The Innocents lies in its subjective focus; its slippery use of point of view. One can’t praise Francis’s breathtaking CinemaScope photography enough. Edges of the frame are smudged and blurred during key night-time sequences, creating candlelit tunnels of light to trick the eye. Daytime interiors possess twin-focus depth of field sharp enough to make American master Gregg Toland blush. Yet the film’s most strikingly terrifying reveal occurs in broad daylight, as Deborah Kerr glances across the lake, the mournful reprise of a young girl’s song seeming to summon what James described as, “A woman in black, pale and dreadful…” 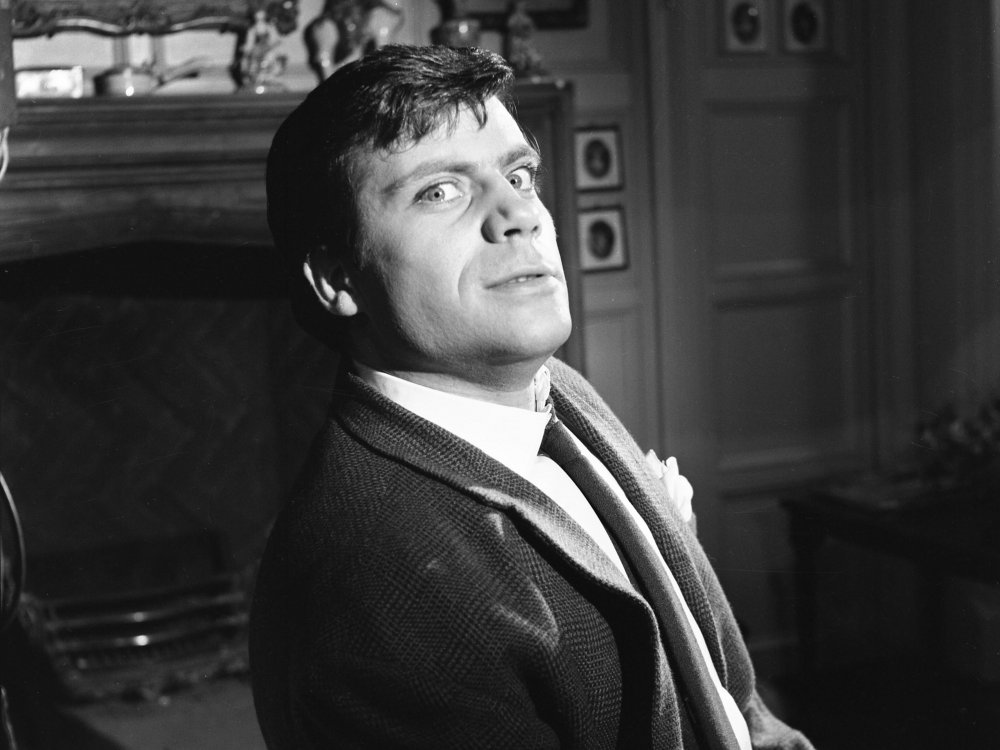 Francis’s third film as director and his first for Hammer Studios, Paranoiac retained his by now signature CinemaScope frame. With their parents killed in a plane crash some 11 years earlier, Oliver Reed’s alcoholic, organ-playing son is keen to have his unstable sister committed to the asylum so he can snap up the entirety of an inheritance. What no one counts on is their brother returning, seemingly from beyond the grave, with his own claim to stake. Every character might be teetering on the edge of lunacy, but Francis drives the suspense, his imaginative staging belying its B-picture credentials. 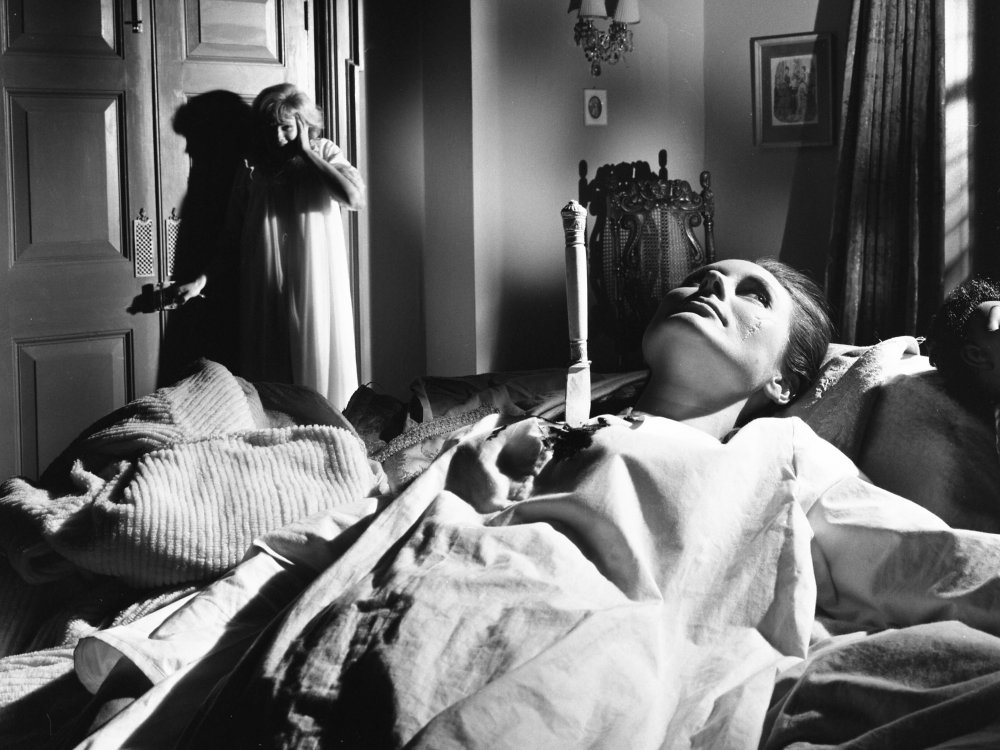 Another picture for Hammer, written (like Paranoiac) by Jimmy Sangster, one of the studio’s top scribes. It’s one of Francis’s best films as director, shot in high contrast black and white by John Wilcox, but utilising many of the tricks that Francis had put to incredible use on The Innocents. It’s another story of madness, hysteria and psychological one-upmanship, seeing a couple do a number on a vulnerable girl who witnessed her psychotic mother murder her father as a child – Francis pulling out all the stops for what at first glance appears a supernatural tale. The chiaroscuro lighting astounds, as does the manic staging, cutting and a real doozy of a third act flip. A forgotten British classic, and recently out on Blu-ray too. 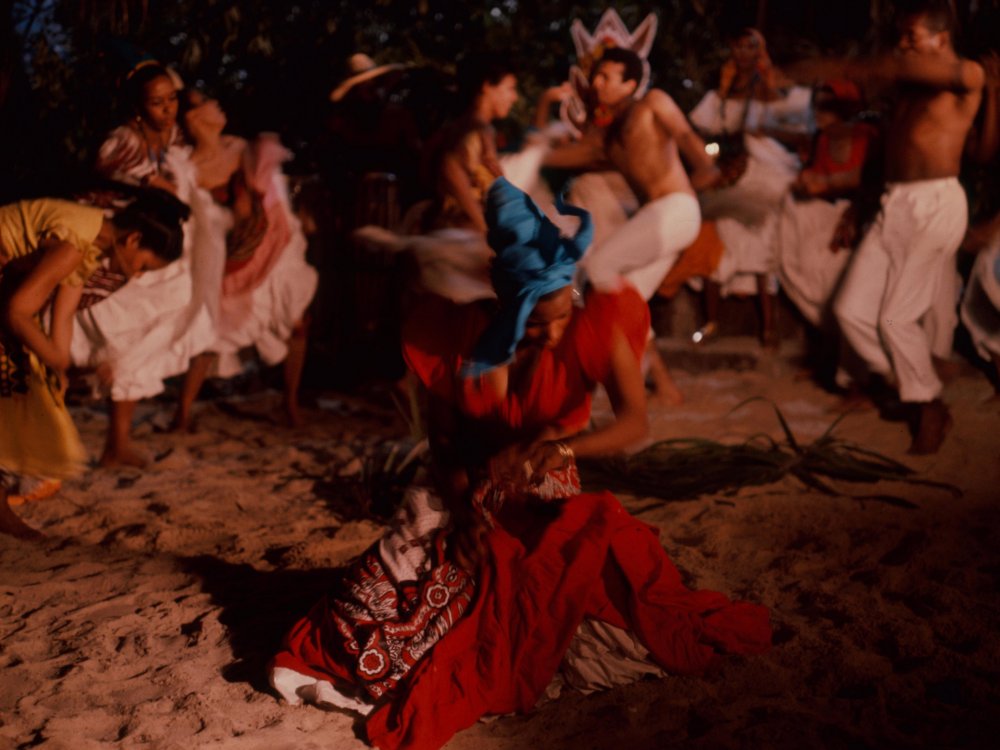 No one loved the portmanteau horror film quite like Milton Subotsky, co-founder of Amicus Productions, the upstart company out to steal Hammer’s crown. He produced seven under the Amicus banner (writing three, including this one, himself), three of which were directed by Francis. As tends to be the case, some episodes within a given film are better than others (I’m particularly fond of the opening section of 1972’s Tales from the Crypt), but Dr. Terror’s House of Horror was first out the gate. Eastmancolor highlights include: a very young Donald Sutherland; Bernard Lee’s “A plant that killed a dog? They could take over the world”; Roy Castle and his voodoo trumpet; and Christopher Lee and his critic’s revenge. 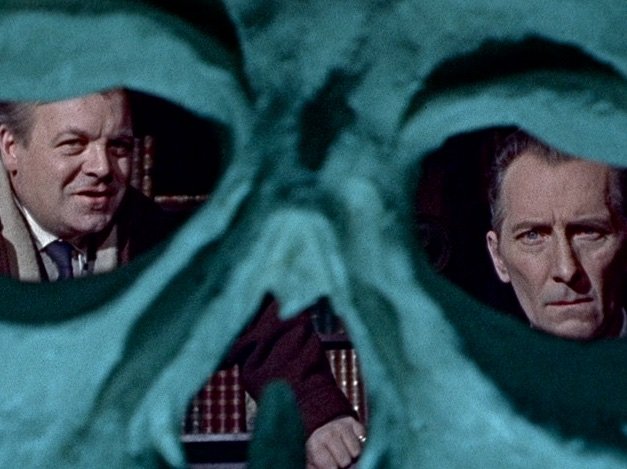 There’s something of a The Devil Rides Out (1968) vibe to the second picture Francis made for Amicus, an adaptation of the novel by Psycho author Robert Bloch. Peter Cushing and Christopher Lee star as a pair of competing antique collectors with a special interest in the occult. The skull of the Marquis de Sade is stolen from Lee and finds its way to Cushing, who’s hesitant to believe stories that the writer’s madness was in fact a case of demonic possession, that said noggin holds sway over every new owner. Not a huge amount happens, perhaps, but Francis demonstrates a brilliant eye for off-kilter, subjective camerawork, and includes a central set-piece that plays like Orson Welles’s The Trial (1962) as satanic ritual. 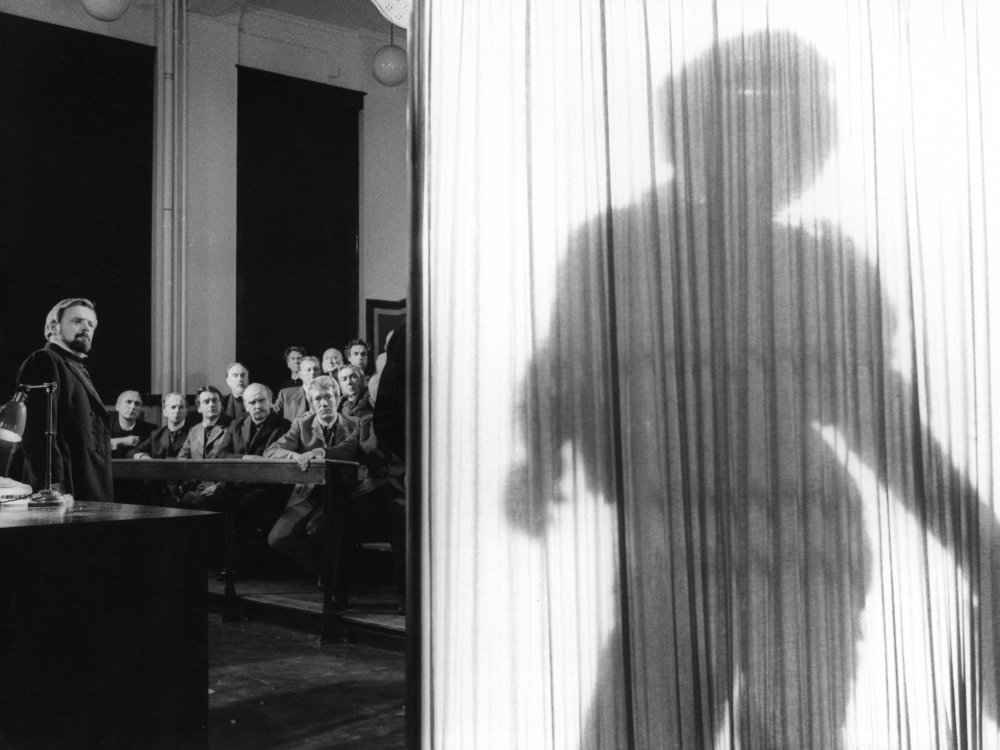 “It got down to two names, so we decided to flip a coin, and Freddie lost the toss,” said David Lynch of hiring Francis to shoot The Elephant Man. “We looked at each other and said ‘No, no, no, it’s got to be Freddie!’” Having turned his attention to directing, Francis hadn’t shot a picture in well over a decade. The film would stand as perhaps his greatest cinematic achievement, even if it resulted in one of Oscar’s major oversights in failing to garner the cinematographer a nomination (Geoffrey Unsworth and Ghislain Cloquet won for Roman Polanski’s Tess). A magnificent recreation of Victorian London sets the stage for an expressive, experimental work that stands as one of the great black-and-white films of any era. 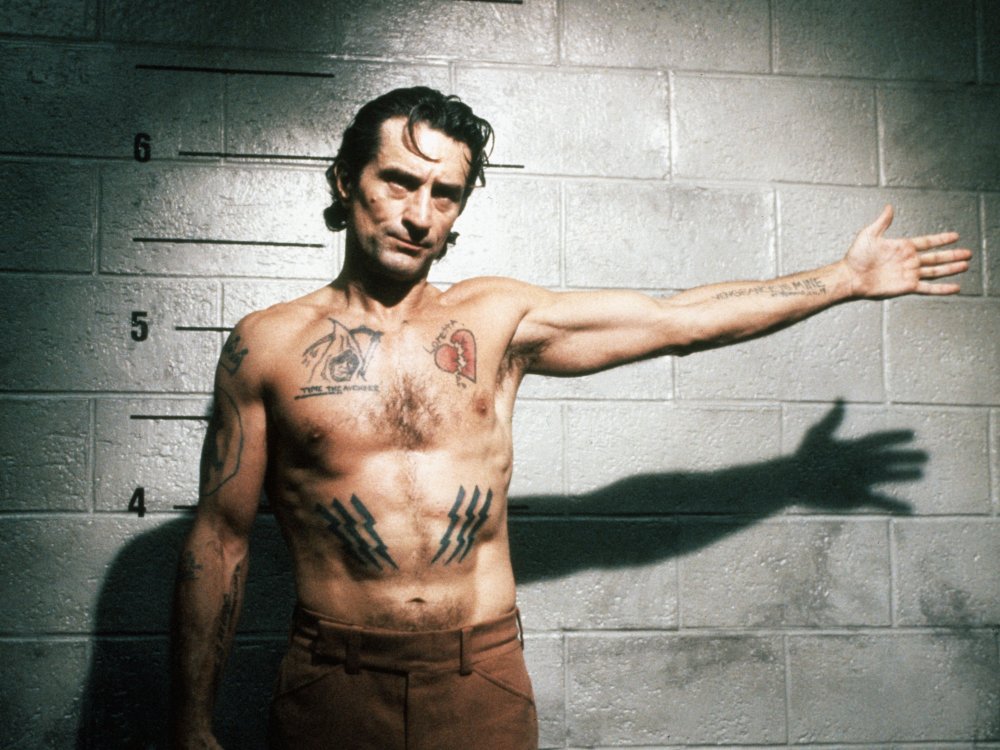 “I don’t really know anything about colour,” said Francis of working on Cape Fear. “I still photograph things in black and white, but the fact that it’s colour stock means they come out in colour.” Scorsese called on Francis for what would be Marty’s first widescreen production. “He knows the atmosphere that I want for this picture,” said Scorsese. “He knows the lighting, whatever it takes to get that incredible, gothic thriller look. He understands the obligatory scene of a young maiden with a candle walking down a long hall towards a door.” It’s an incredible film, and a natural partnership given Francis’s history, whatever his stated qualms about “the camera swinging all over the place”. 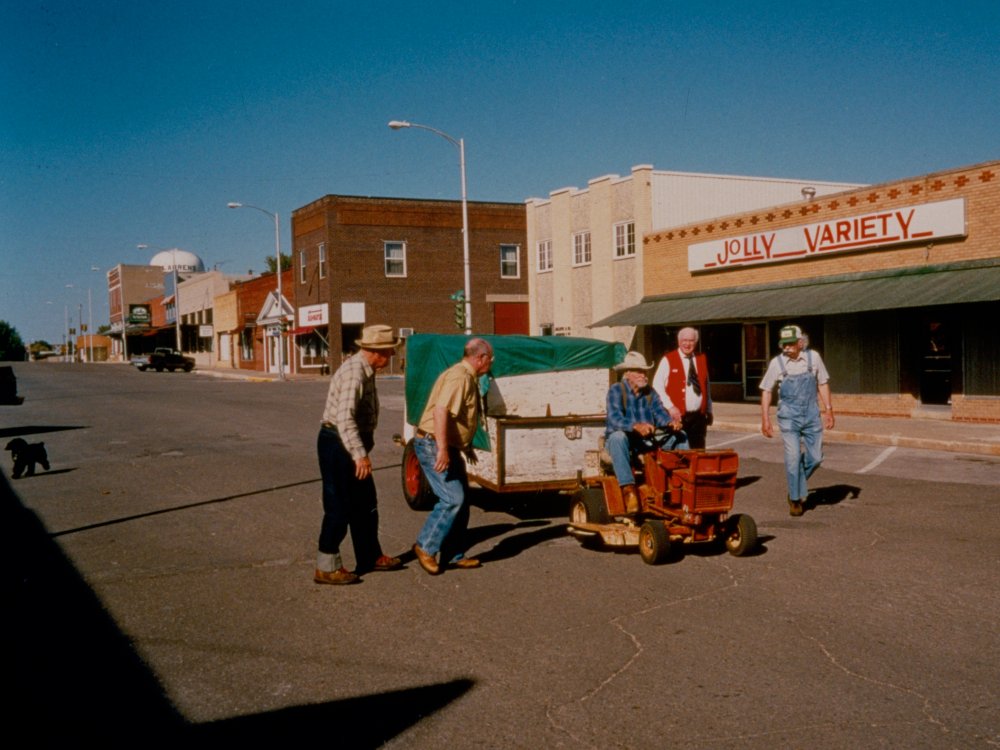 Francis’s last screen credit – at 82 years old – and the last for Oscar-nominated veteran actor Richard Farnsworth, The Straight Story may most often be seen as the outlier in director David Lynch’s filmography, but it’s every bit the same for Francis. Gone is the high-contrast black and white, gone the gothic interiors, gone the harsh cuts. In their place are the bright, open spaces of the American road, Lynch’s gentle, dreamy dissolves and one determined old fella making his way across state lines on a lawnmower. Francis’s camera floats and glides like Farnsworth’s guardian angel, before finally lifting itself up, away and into the stars.