Frank Sinatra was known not just for his golden voice, but as a serious, Oscar-winning actor. These are 10 fine places to track him down. 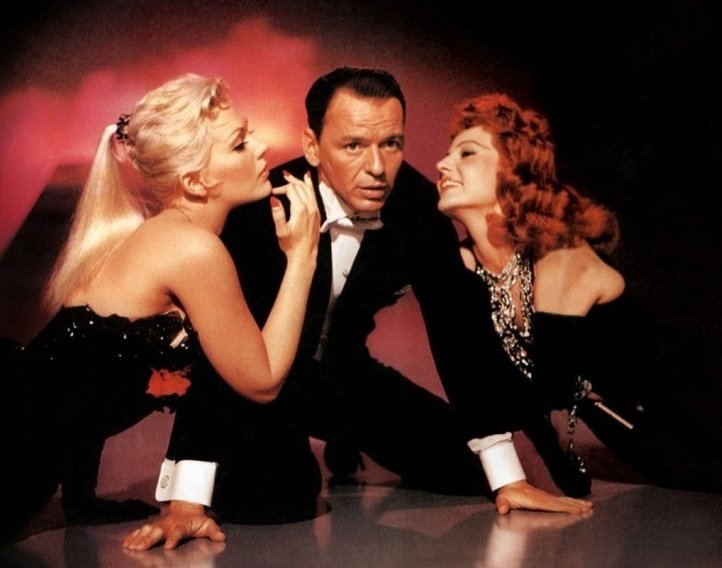 When he put his mind to it, Frank Sinatra could act with the best of them. But the perfectionist in the recording studio was often disconnected on the film set, as he loathed rehearsing and quickly became impatient if a fellow actor fluffed a line or a director demanded another take. Born a century ago in an upper tenement in Hoboken, New Jersey, Sinatra was never short of self-confidence. Indeed, the adulation of millions of bobby soxers during the 1940s wave of Sinatramania only made him more egotistical and controlling. But because he knew that movies could make him a global superstar, he bowed to the power of the Hollywood studios and initially allowed himself to be shoehorned into unsuitable roles in a string of disposable musicals.

However, Sinatra had the dramatic intelligence to tackle complex characters. So, when his fortunes dipped in the early 1950s, he lobbied hard for the part of Private Angelo Maggio in Fred Zinnemann’s From Here to Eternity (1953) and won the Academy Award that ensured he called the shots until he retired from pictures in 1980. 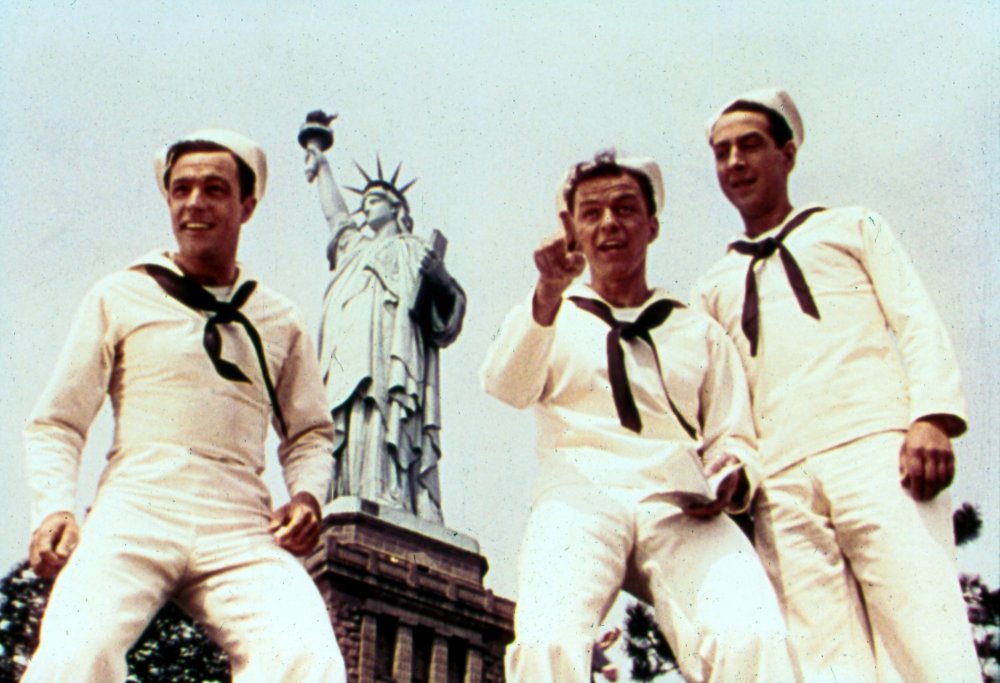 Coming between Anchors Aweigh (1945) and Take Me Out to the Ball Game (1949), this is the second of Frank Sinatra’s teamings with Gene Kelly. There might have been more, but Sinatra resented stooging for a brash hoofer and not only turned down a reunion in It’s Always Fair Weather (1955), but also did little to help Kelly land the cherished role of Sky Masterson in Guys and Dolls (1955) and then fired him as director of Robin and the 7 Hoods (1964). In fact, Kelly and co-director Stanley Donen boosted Sinatra’s profile in this shore-leave city symphony by having him hurtle round the Big Apple to ‘New York, New York’ with shipmates Kelly and Jules Munshin and duet with Betty Garrett’s flirtatious cabby on the playful ‘Come Up to My Place’. 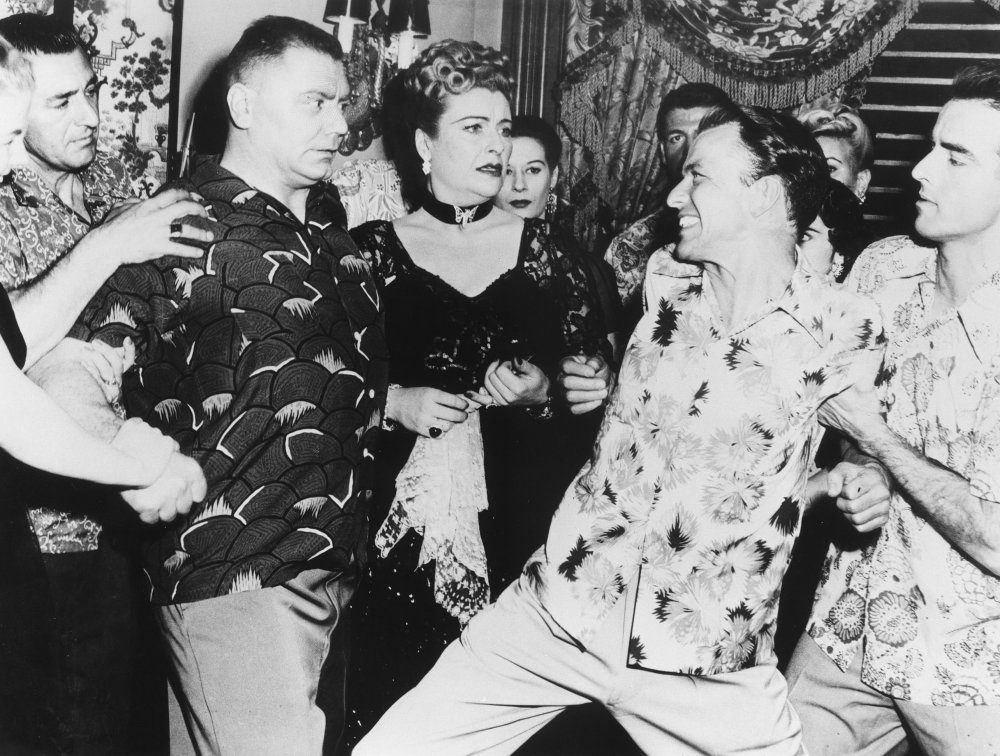 Variety declared Sinatra’s Oscar win the greatest comeback in showbiz history. His fall from grace had certainly been spectacular. An adulterous affair with Ava Gardner had alienated fans, while a 1950 vocal cord haemorrhage had so badly affected his singing voice that he was dropped by his record label and his talent agency. Moreover, he was branded box-office poison after a string of flops. But, when Eli Wallach proved unavailable, Sinatra vowed to play the scrappy anti-hero in Columbia’s adaptation of James Jones’s controversial exposé of army life in the days before Pearl Harbor. Contrary to the Godfather myth, studio chief Harry Cohn cast Sinatra at his wife Joan’s insistence. Sinatra channelled three years of defeat and despair into a career-saving performance that culminated in Montgomery Clift’s arms. 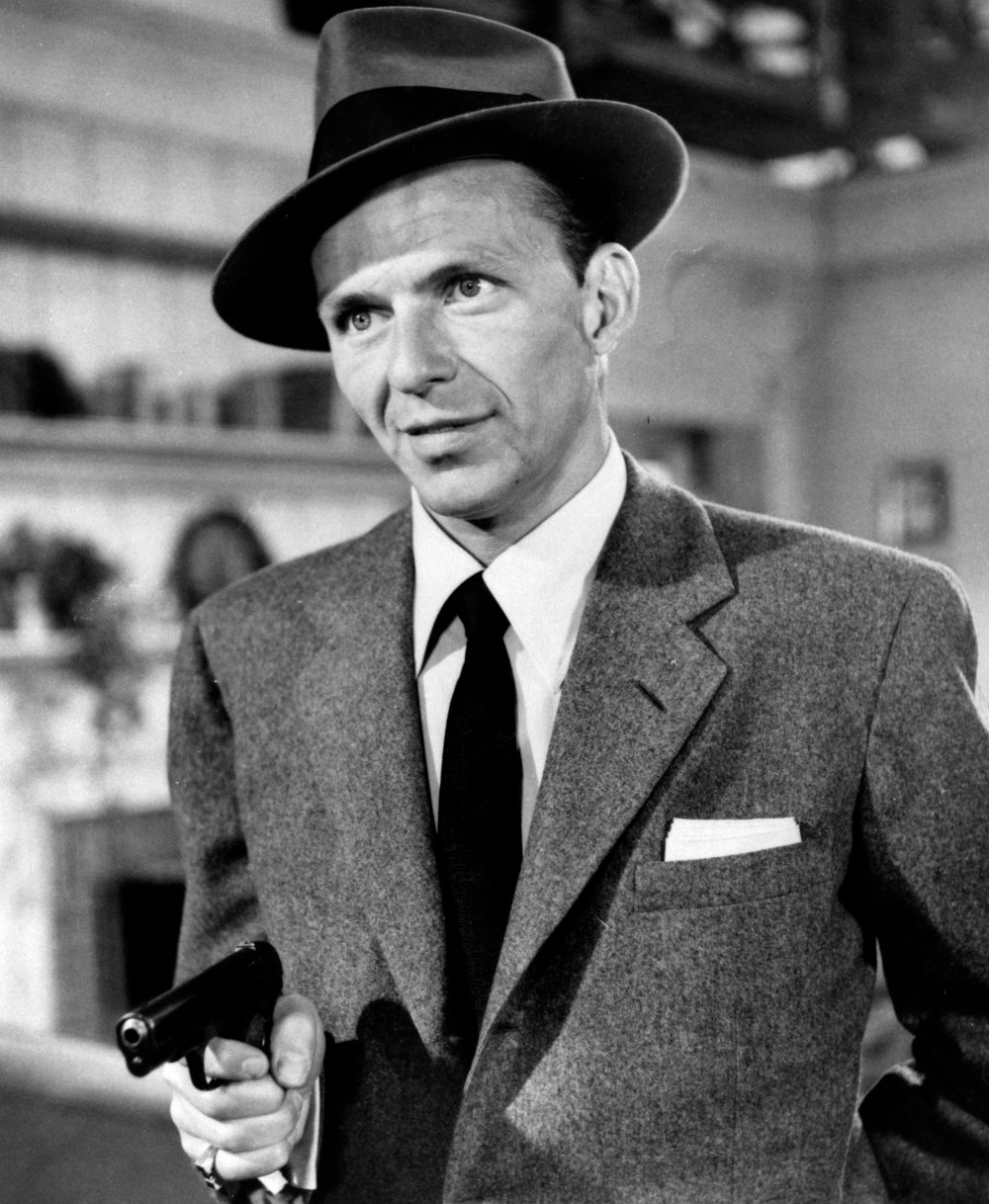 Such was his shock at the assassination of close friend John F. Kennedy that Sinatra had this taut noir and The Manchurian Candidate withdrawn from circulation. Yet, despite the rumours, there is no evidence that Lee Harvey Oswald saw Lewis Allen’s claustrophobic thriller the night before JFK perished in Dallas. Eager to reinforce his burgeoning dramatic reputation, Sinatra seized the role of the psychologically damaged war veteran hired by unseen forces to shoot the president during a stopover in a sleepy Californian town. “I’m not actor,” he snaps, while menacing his hostages (the birth scars on his neck clearly visible to make him more sinister). But a withering look of contempt when his courage is questioned and a glaring close-up directly into the camera suggest otherwise. 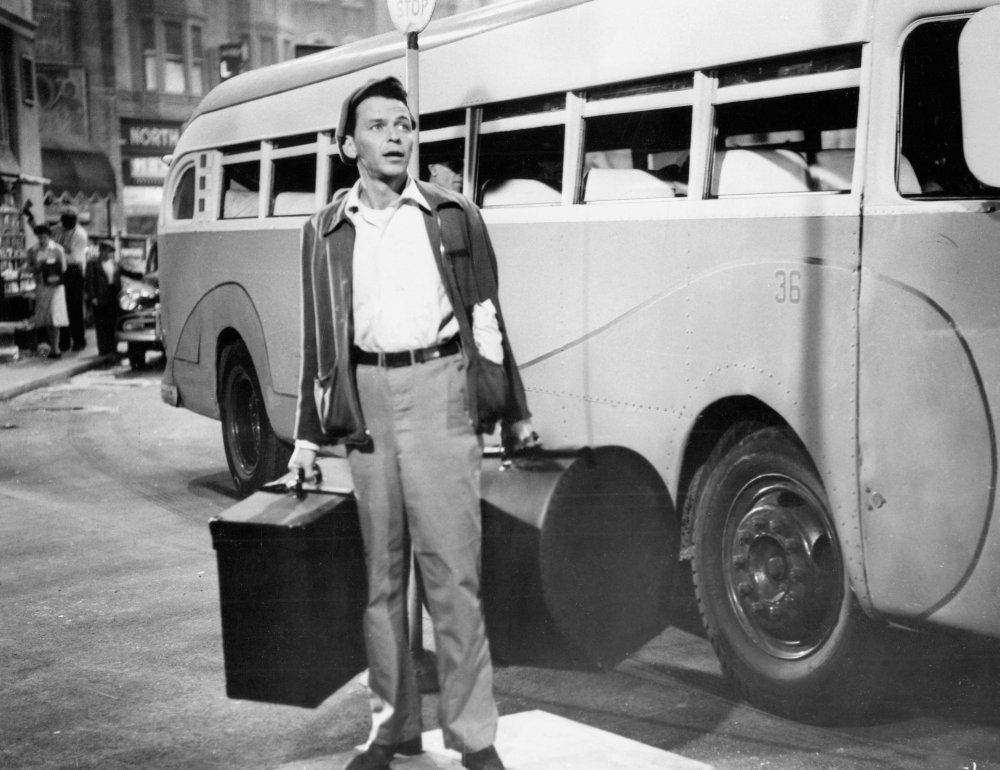 Frustrated at losing On the Waterfront (1954), Sinatra acted swiftly to pip Marlon Brando to Otto Preminger’s adaptation of the bestselling Nelson Algren novel about a reformed Chicago addict trying to stay clean and make it as a jazz drummer. In addition to visiting rehab clinics and learning to play the drums, Sinatra also agreed to rehearse and remained patient as newcomer Kim Novak required endless retakes. But the forbearance proved worthwhile, as Sinatra gives one of his finest performances, tempering his superficial cockiness with a vulnerability that crushes him when he fluffs an audition while craving a fix. Indeed, his conviction and Oscar nomination helped the picture become a commercial success, in spite of being denied a Production Code seal of approval for tackling the taboo topic of drug abuse. 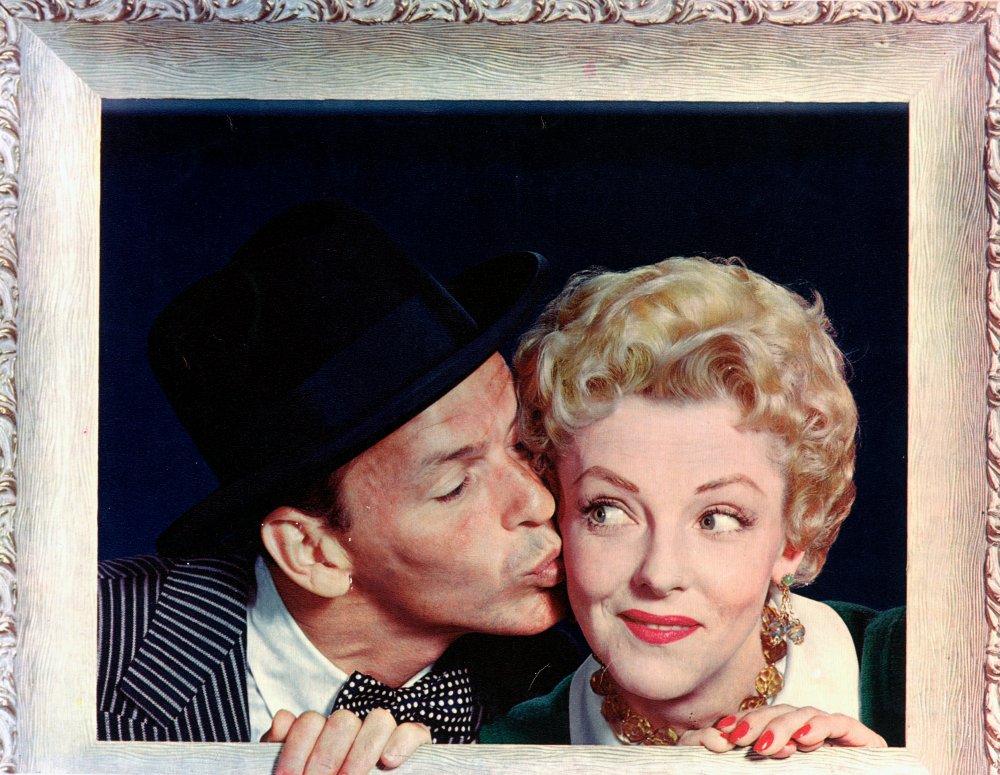 The simmering feud between Sinatra and Brando finally erupted during the making of Frank Loesser’s musicalisation of the Damon Runyon story, ‘The Idyll of Sarah Brown’. Furious at being saddled with the supporting role of Nathan Detroit, the cash-strapped organiser of the oldest established permanent, floating crap game in New York, Sinatra sulked throughout the shoot. After falling out with Loesser over his phrasing, he refused to help Brando’s singing sound less like “the mating call of a yak” and grew increasingly irritated by his Method tics. He eventually lost patience after consuming eight slices of Mindy’s cheesecake because “Mumbles” kept improvising. Audiences loved the amorality, wisecracking and romance, but Sinatra ranked this among his misfires. 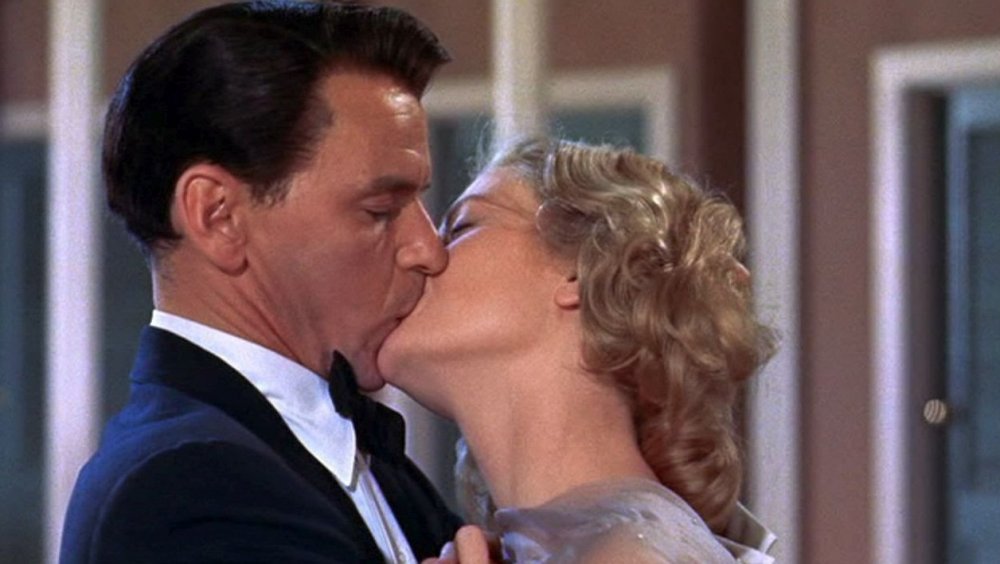 Sinatra had always idolised Bing Crosby and thoroughly enjoyed making Cole Porter’s take on The Philadelphia Story (1940). However, since he had started recording with arranger Nelson Riddle at Capitol, Sinatra had developed a new style and it’s fascinating to witness the contrast during the breezily competitive ‘Well, Did You Evah!’, in which Sinatra gets to taunt Crosby with the line, “Don’t dig that kind of crooning, chum.” They called each other “Nembutal” and “Dexedrine” during the shoot and, for once, Sinatra was happy to lose in love, especially as Crosby and Grace Kelly had history with The Country Girl (1954). But he did get to duet with Celeste Holm on the picture’s other showstopper, ‘Who Wants to Be a Millionaire?’ 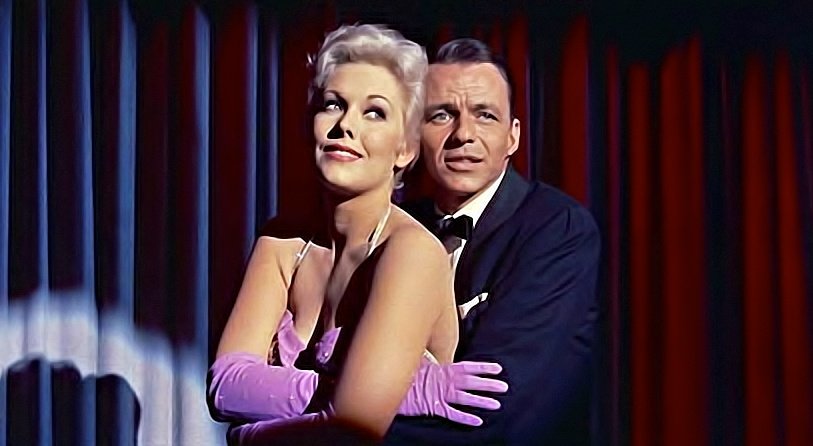 How Sinatra must have relished this project, as he beat Brando to a role that Gene Kelly had created on Broadway. At 41, he was too old to play the womanising singer stringing along a widow and a chorus girl to get his own nightclub. But he clearly saw this cynical heel as a way of keeping up with the rock’n’roll rebels who had hijacked popular music. Much of Richard Rodgers and Lorenz Hart’s original score survived and Sinatra co-opted Nelson Riddle to arrange gems like ‘The Lady Is a Tramp’. However, the other standout number, ‘My Funny Valentine’, was dubbed by Trudy Erwin for Kim Novak, who was being groomed by Harry Cohn to succeed co-star Rita Hayworth as Columbia’s leading siren. Sinatra won a Golden Globe, but how different this cult favourite might have been with Cohn’s preferred casting of Brando and Mae West. 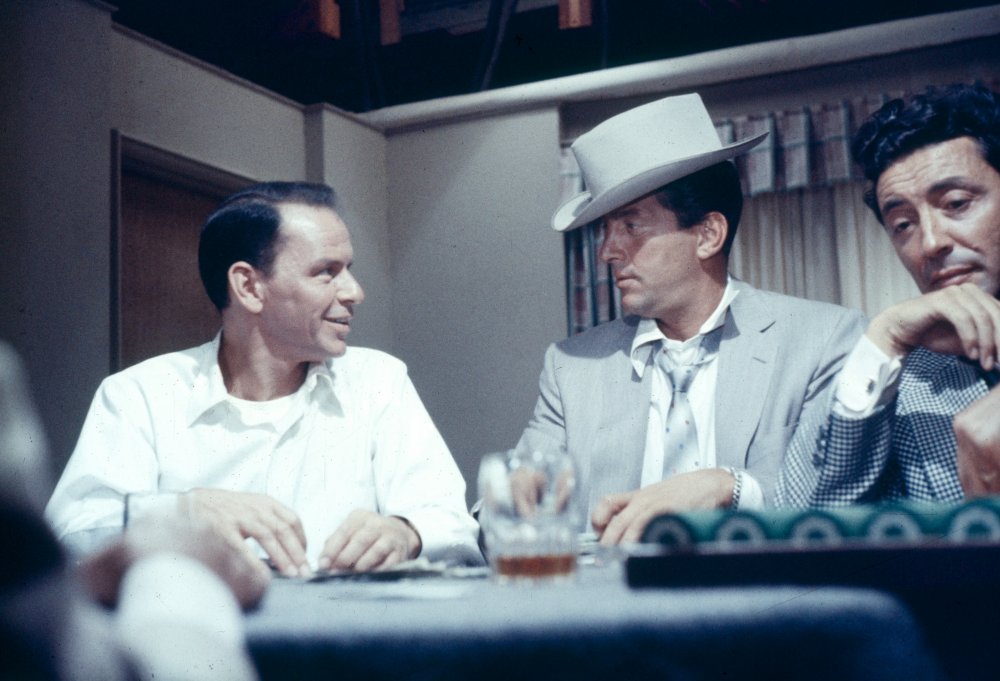 Such was his desperation to save his career that Sinatra had accepted $8,000 for From Here to Eternity. When he came to headline his second James Jones adaptation, however, he knew that MGM needed his presence after the 1,266-page novel had failed to find critical favour. He secured a three-picture deal worth an unprecedented $400,000 against 10% of the gross. Yet, this study of small-town manners and sibling rivalry says more about director Vincente Minnelli than Sinatra or co-stars Dean Martin and Shirley MacLaine. Sinatra knew Minnelli through Humphrey Bogart’s Holmby Hills Rat Pack, but quickly came to dislike his relaxed style of directing actors and his perfectionism in composing the CinemaScope imagery. He also took against the intrusively starstruck residents of Madison, Indiana, but he holds this moiling ensemble melodrama together, as a cynical writer with a foot on either side of the tracks.

Sands casino Sinatra is his least appealing alter ego. Basking in reflected Camelot glory, he is cocky, smug and vulgar, as he consorts with his showbiz pals on stage and with some dubious individuals off it. Nevertheless, it’s compelling to watch Sinatra strut through this slick heist caper, which was offered to him by Clan confederate and presidential brother-in-law, Peter Lawford, who also found roles for fellow Rat Packers Dean Martin, Sammy Davis Jr and Joey Bishop, as war veterans plotting to hit five casinos during a New Year’s Eve blackout. ‘The Chairman of the Board’ ran the show behind the scenes and it’s tempting to think that his superficial depiction against the gaudy glamour of early 60s Las Vegas was disgruntled director Lewis Milestone’s sly revenge. 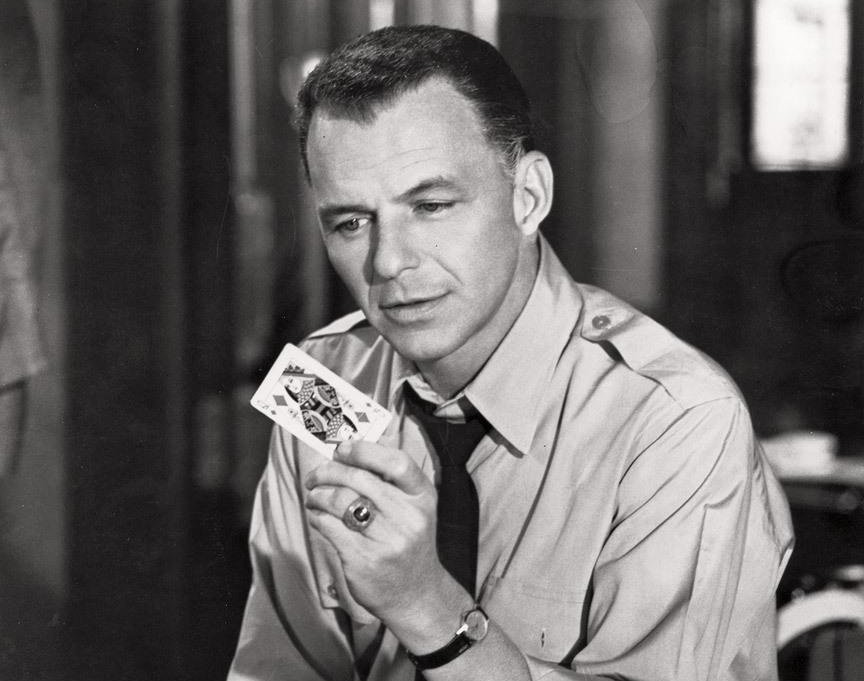 A quick look at Sinatra’s filmography reveals that he had played very few conventional heroes (even in his war movies) before he was pitted against brainwashed assassin Laurence Harvey and his treacherous mother (Angela Lansbury) in John Frankenheimer’s darkly satirical but grippingly tense adaptation of Richard Condon’s critique of political extremism. Indeed, even though he does his duty, Sinatra’s Korean war veteran is not without his flaws and could well be a sleeper agent under Janet Leigh’s control. Such ambiguity and the provocative nature of the material made United Artists uneasy and Sinatra had to secure President Kennedy’s consent to assuage studio fears. But, while he was key to getting the film made, he was also involved in keeping it off screens for two decades, prompting screenwriter George Axelrod to quip: “The movie went from failure to classic without passing through success.”