François Ozon: 10 essential films and the classics that influenced them

From Hitchcock to Fassbinder, each new genre-bending treat from François Ozon comes steeped in references to the great directors of the past. Here’s your guide to the best of them. 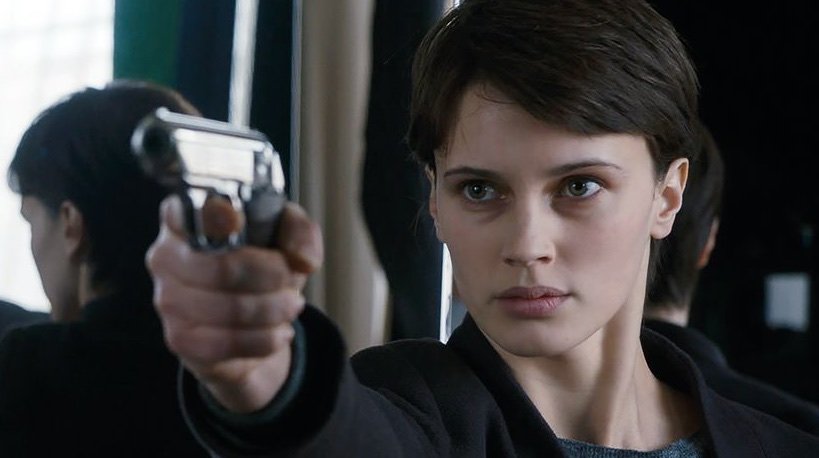 It was the Dare Gala at the 61st BFI London Film Festival.

As the knowingly ridiculous plot suggests, L’Amant double pays tribute to the masters of genre cinema. The duelling doctors echo the body horror of David Cronenberg’s Dead Ringers (1988); the kinky twists hark back to Paul Verhoeven’s Basic Instinct (1992); and the parallels with Brian De Palma’s Sisters (1973) culminate in a cameo for the American auteur’s trademark split-screen effect.

Nevertheless, Ozon makes L’Amant double his own, by applying the mischievous, meta touches that have made him an arthouse icon. That there are nods to other directors is simply his style. So with L’Amant double out in cinemas from 1 June, here’s a look at the eclectic films that shaped an eclectic filmography. No two Ozon movies are alike, but that doesn’t mean there isn’t someone else’s buried in the DNA. 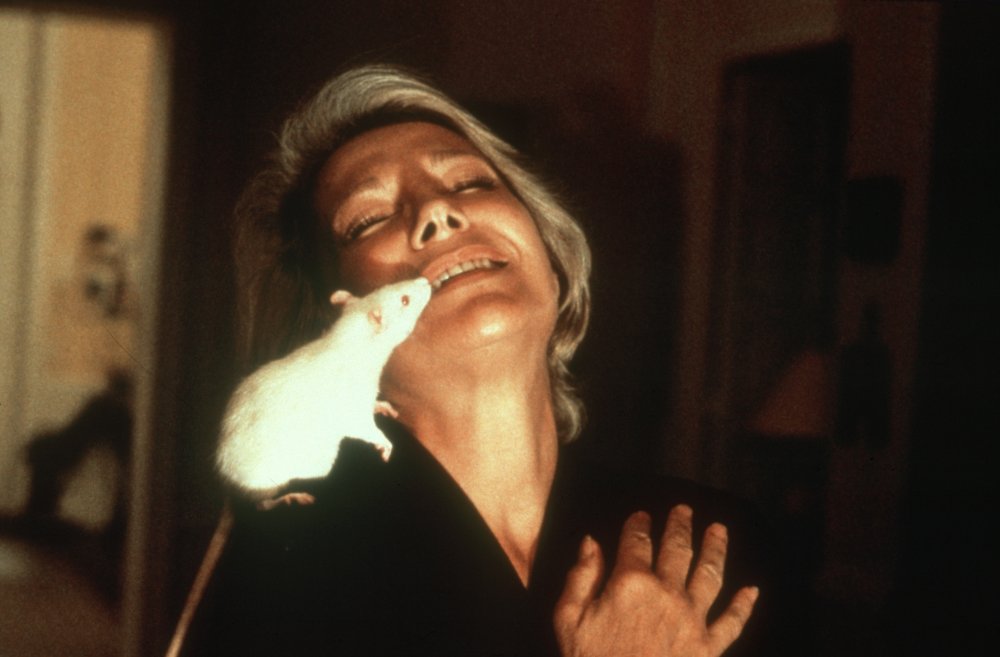 As a student, Ozon’s favourite filmmakers were John Waters and Luis Buñuel. So, understandably, the only taboo of his wickedly funny debut is restraint. In the perverse premise, an ostensibly stereotypical French family resorts to incest, murder and sadomasochism after adopting a tiny rat. Empathising with the pet, it seems, encourages them to leave their enclosure. 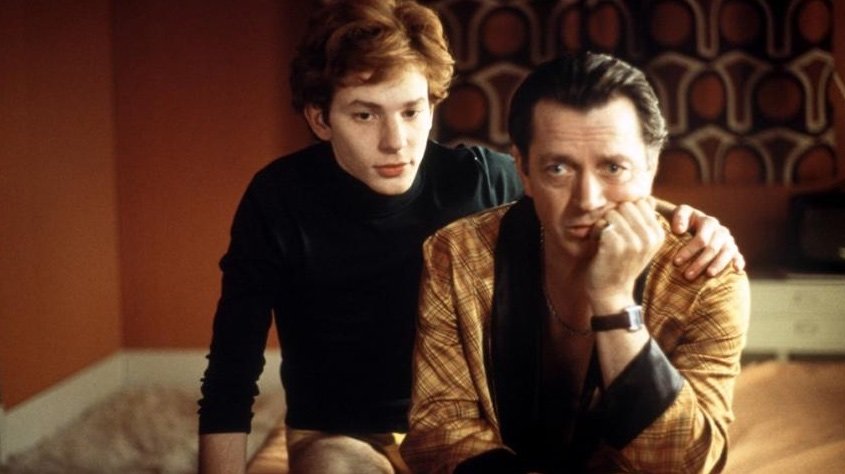 Watch this if you like: The Bitter Tears of Petra von Kant (Rainer Werner Fassbinder, 1972)

If Fassbinder had adapted his 1966 play Water Drops on Burning Rocks for the screen, one imagines it would look like The Bitter Tears of Petra von Kant. So Ozon, too, in his reworking of Fassbinder’s source material, confines the action to a single flat. Twenty-year-old Franz (Malik Zidi) abandons his young fiancée, Anna (Ludivine Sagnier), for 50-year-old Léopold (Bernard Giraudeau), only for the older businessman to later seduce Anna – in the same building, of course.

As with The Bitter Tears of Petra von Kant, the solitary setting maximises the dramatic tension. For instance, the bed-swapping revolves around a single mattress, and the infidelity consists of role-playing in spots where former lovers once undressed. 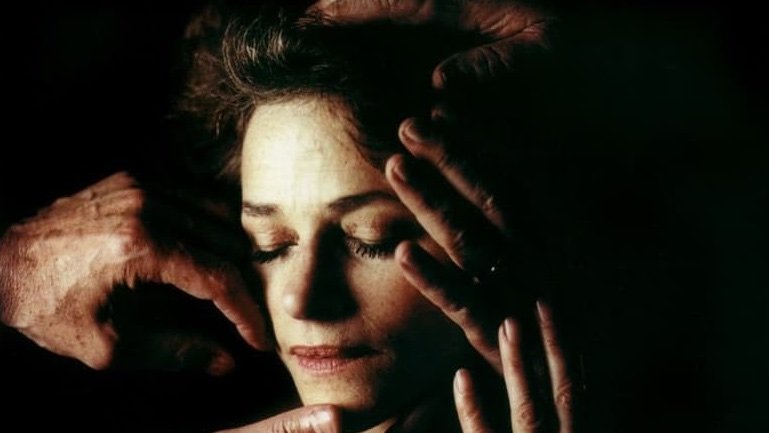 Watch this if you like: All That Heaven Allows (Douglas Sirk, 1955)

In a 2003 interview with the Daily Telegraph, Ozon dismissed Jane Wyman, the star of All That Heaven Allows, as “not a great actress”; instead, he praised Sirk for visualising her emotions in the colour scheme and landscape. That Ozon then credits Sirk’s melodrama for inspiring Under the Sand is backed up by Charlotte Rampling’s role as a middle-aged woman in denial.

It’s during an existentially fraught beach holiday that Marie (Rampling) witnesses her husband disappear into shallow waters. With no washed-up corpse, has he perhaps faked his death? By borrowing from Sirk, Ozon depicts Marie’s trauma in her surroundings: she’s haunted by her dead partner in the kitchen, at work, and in the eyes of a replacement boyfriend. 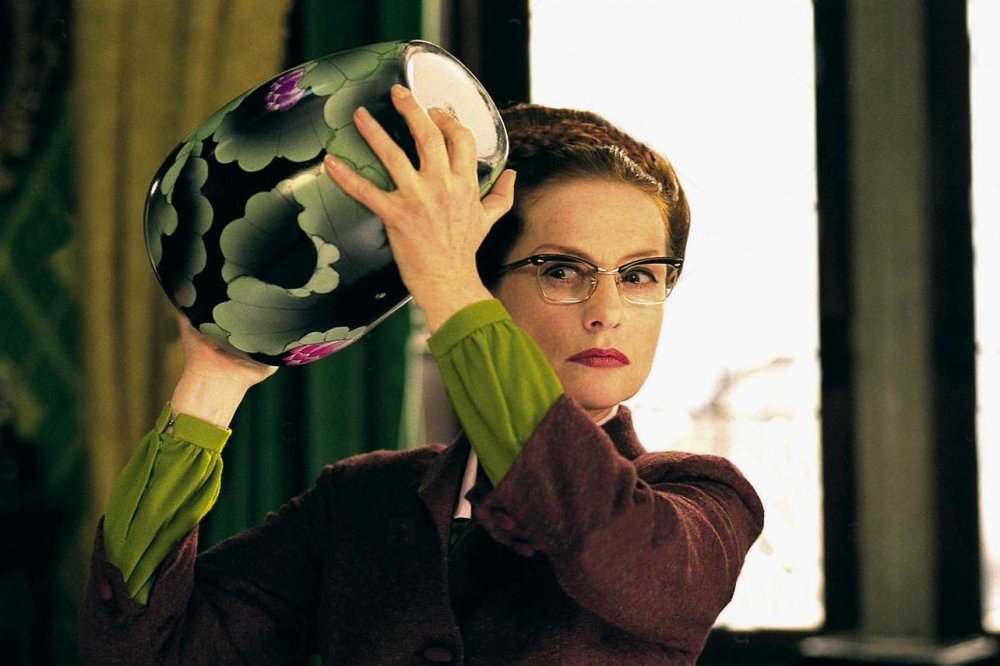 Unsurprisingly, Ozon’s international breakthrough proved to be a candy-coloured murder-mystery musical and not a transgressive shocker like Sitcom. That said, 8 Women is a bleak, vicious comedy, eager to shoot down, one by one, the likeability of its all-singing, all-scheming characters. As for who killed the father in act one? They all seem guilty to some extent.

The resemblance to George Cukor’s film is no coincidence. At first, Ozon planned on remaking The Women, only to learn that Julia Roberts and Meg Ryan had already snagged the rights. So he sought out 8 Women, a little-known play from 1961, to fulfil his Cukor wishes: a mostly female ensemble led by Catherine Deneuve, Danielle Darrieux and Isabelle Huppert. 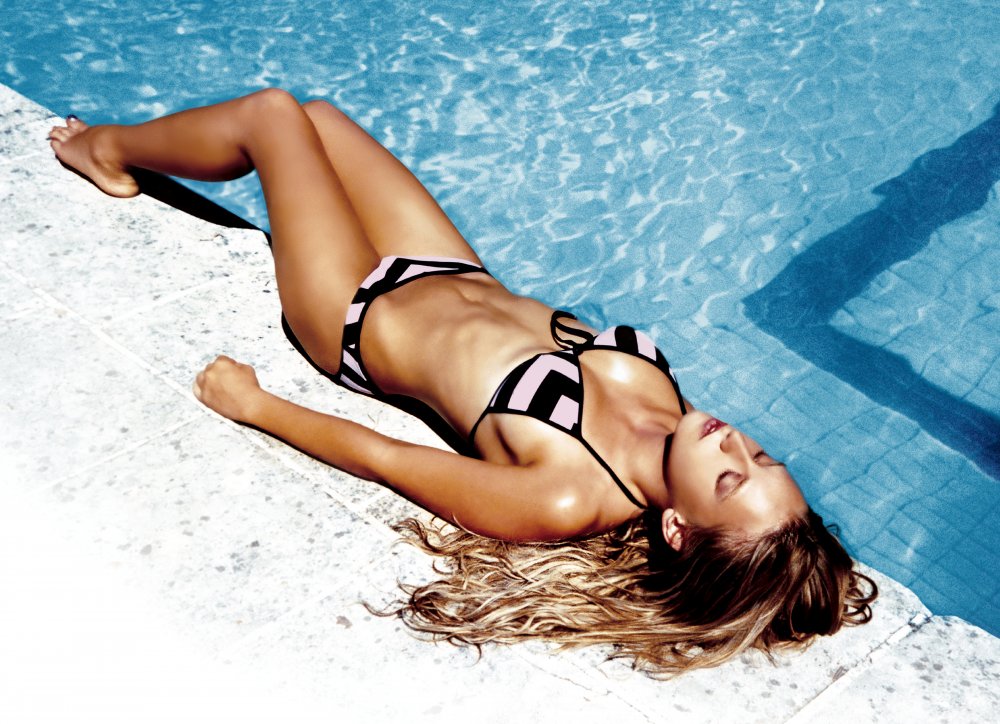 Making a splash at Cannes, Ozon’s psychosexual thriller seamlessly amalgamates one woman’s ordinary reality with the escapist pleasures in her head. The key role belongs to Charlotte Rampling as Sarah, a crime novelist in a creative cul-de-sac; for inspiration, she spies on Ludivine Sagnier’s Julie, the carefree partyer who shares her temporary home.

Ozon borrowed more than just a title from Jacques Deray’s 1969 thriller, starring Alain Delon and Romy Schneider. In both films, an outdoor swimming pool acts as a lightning rod for inventiveness, sexual jealousy and murder. The self-aware twist, though, is pure Ozon. 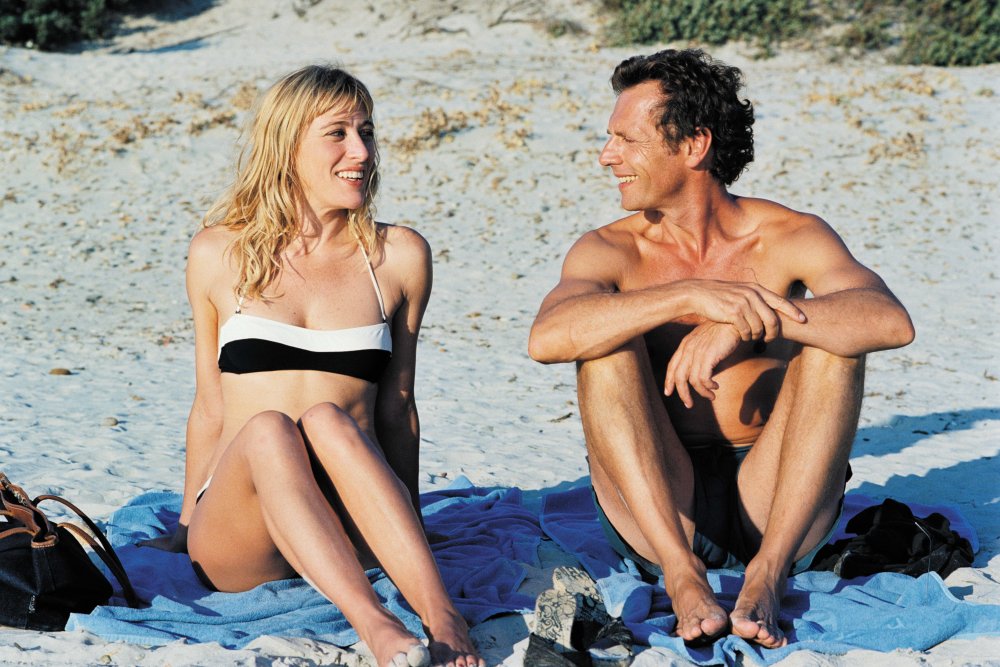 Though one suspects Ozon saw Memento (2000) and Irréversible (2002) during the writing stage of 5x2, the director actually cites Jane Campion’s 2 Friends as his non-chronological template. So 5x2, like Campion’s TV movie, portrays a breakup in reverse. We begin with Marion (Valeria Bruni Tedeschi) handing divorce papers to Gilles (Stéphane Freiss), and conclude with their Rohmer-esque first encounter on a sun-soaked beach.

Unlike Memento and Irréversible, 5x2 eschews provocative twists. The dysfunctional couple’s brutal, nakedly honest conversations are more of the slow-burn Bergman variety. Fittingly, Ozon knew what his auditioning actors should perform: extracts from the Swedish auteur’s six-part divorce-drama Scenes from a Marriage. 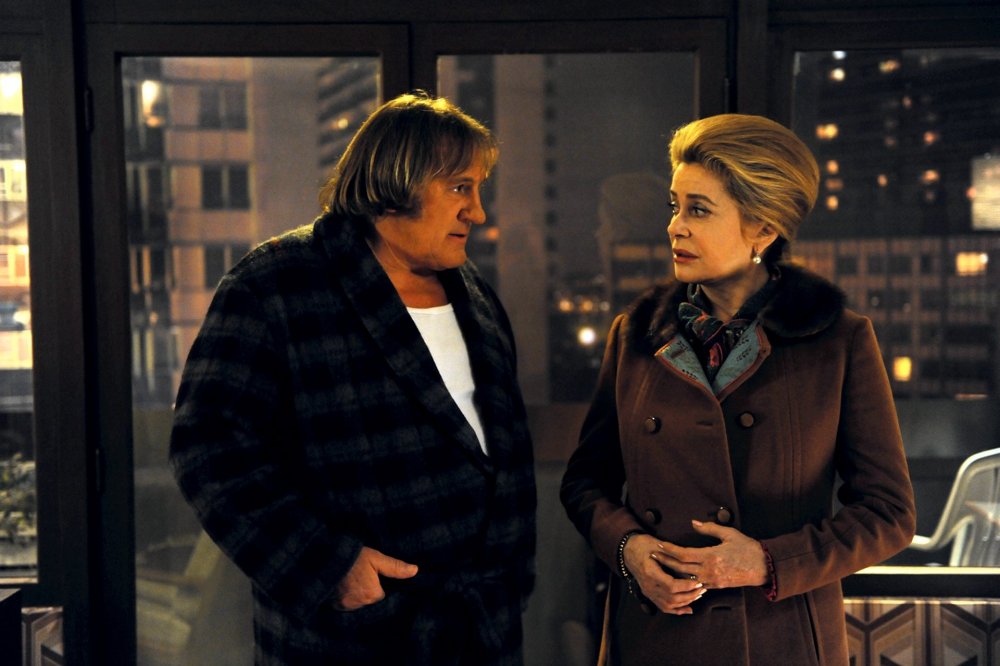 Watch this if you like: The Umbrellas of Cherbourg (Jacques Demy, 1964), The Last Metro (François Truffaut, 1980)

Ozon’s habit of casting iconic French actors inevitably creates echoes of their past glories. Sometimes it’s subtle, other times it’s Catherine Deneuve in Potiche. Not only is the kitschy colour scheme redolent of Jacques Demy’s bittersweet musical, but Deneuve even becomes boss of an umbrella factory.

Then again, Ozon has pinpointed The Last Metro as why he reunited Deneuve with Gérard Depardieu. It’s touching, the director told the Boston Herald, to see both actors “over 60 still acting, still happy to be together”. Oddly enough, the pair nearly co-starred in Demy’s 1982 musical Une chambre en ville – except Deneuve no longer wished to be dubbed. So it’s somewhat significant that when she sings in Potiche, Ozon ensures her voice rings loud and clear. 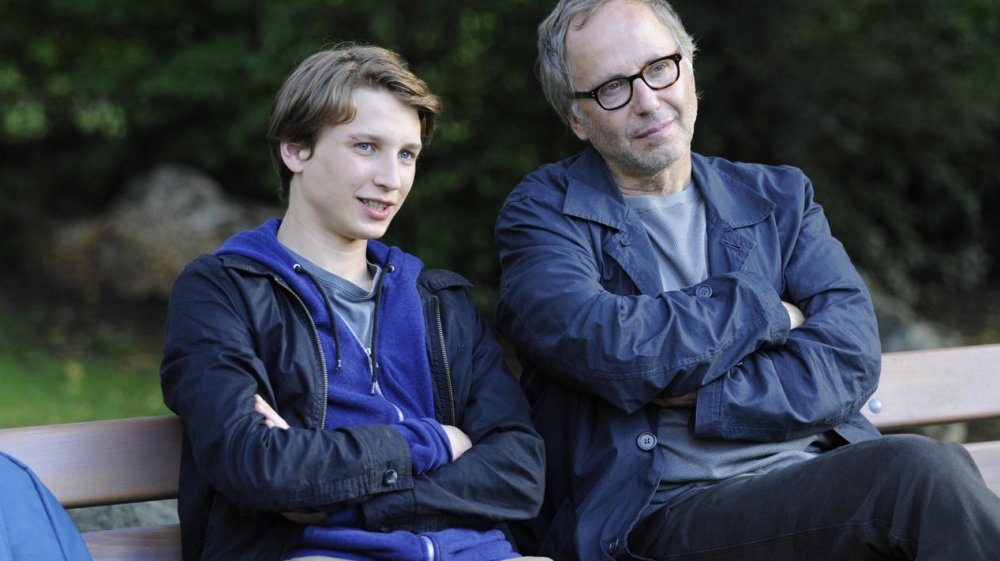 For much of In the House, it’s unclear why 16-year-old Claude attempts to infiltrate his classmate’s bourgeoisie home. But if the premise sounds like Theorem, then it’s confirmed by a creative writing tutor’s analysis of Claude’s seductions: “The father, the mother, the son – it’s Pasolini!”

Ozon, though, is wordier and funnier than Pasolini, and he cites 1970s-era Woody Allen as his prototype for Fabrice Luchini and Kristin Scott Thomas’s relationship – they also catch Match Point (2005) at the cinema. But ultimately, it’s a film about voyeurism, and the final shot – Claude spying on an apartment block – screams Rear Window. Nimble-eyed viewers will even spot a murder on the top floor. 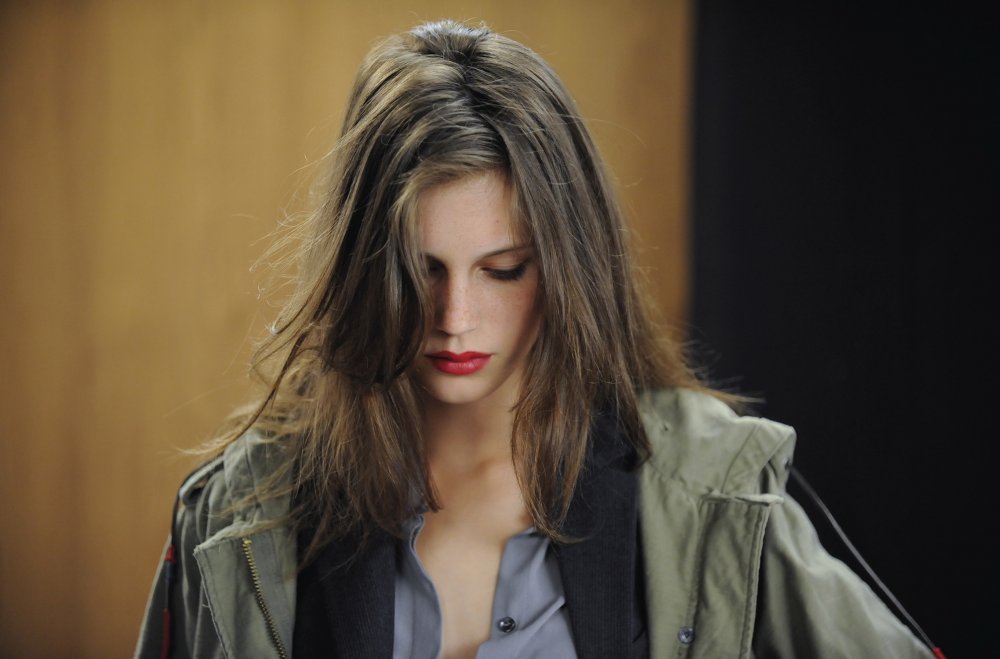 At first, Isabelle (Marine Vacth) is just a confused 17-year-old losing her virginity on a beach. Soon, she’s charging strangers a fortune for lavish hotel hook-ups. Basically, it’s Buñuel for the 21st century. “For Deneuve in Belle de jour,” Ozon told Bomb Magazine, “becoming a prostitute was a big deal. Today, you go online, you upload your photo, and voila!” 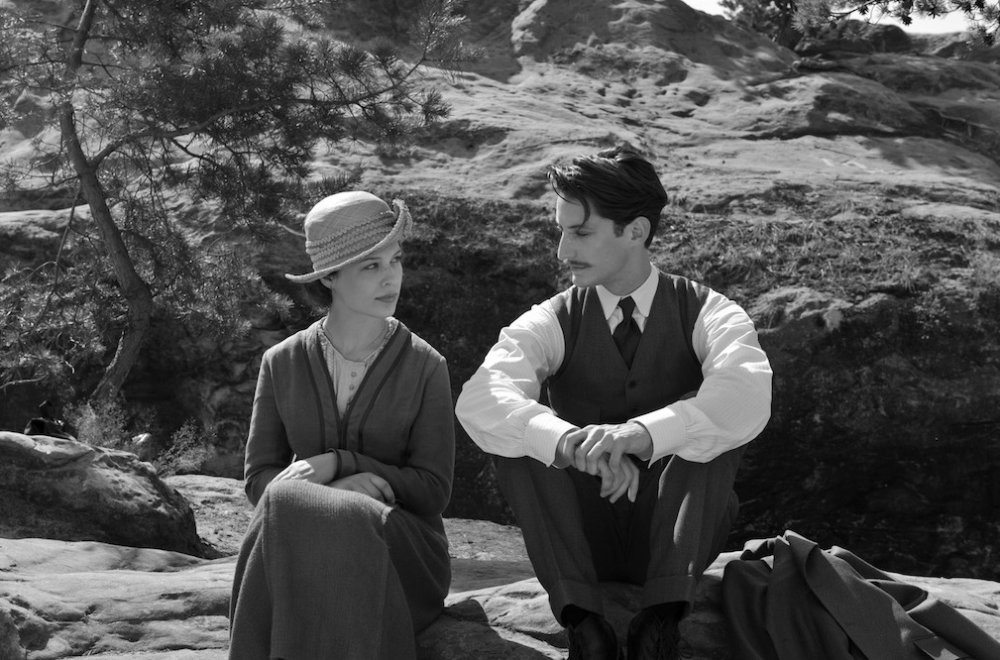 Frantz is not quite a remake of Ernst Lubitsch’s Broken Lullaby. Instead, it’s Ozon’s own adaptation of the same source material, a 1930 play by Maurice Rostand. In Ozon’s hands, the post-WWI love story evolves into a Hitchcockian mystery: Anna (Paula Beer), a German widow, is romanced by a Frenchman (Pierre Niney) who may or may not have killed her fiancé on the battlefield.

As one lover replaces another, the allusions to Vertigo start to accumulate. Anna even emulates Kim Novak’s pose in an art gallery – all of a sudden, the black-and-white cinematography is infused with rich colours. Instead of the Lubitsch touch, we have the Ozon layer.

Related to François Ozon: 10 essential films and the classics that influenced them