As he turns 80, we pay tribute to one of the American greats: director Francis Ford Coppola, the man behind The Godfather and Apocalypse Now. 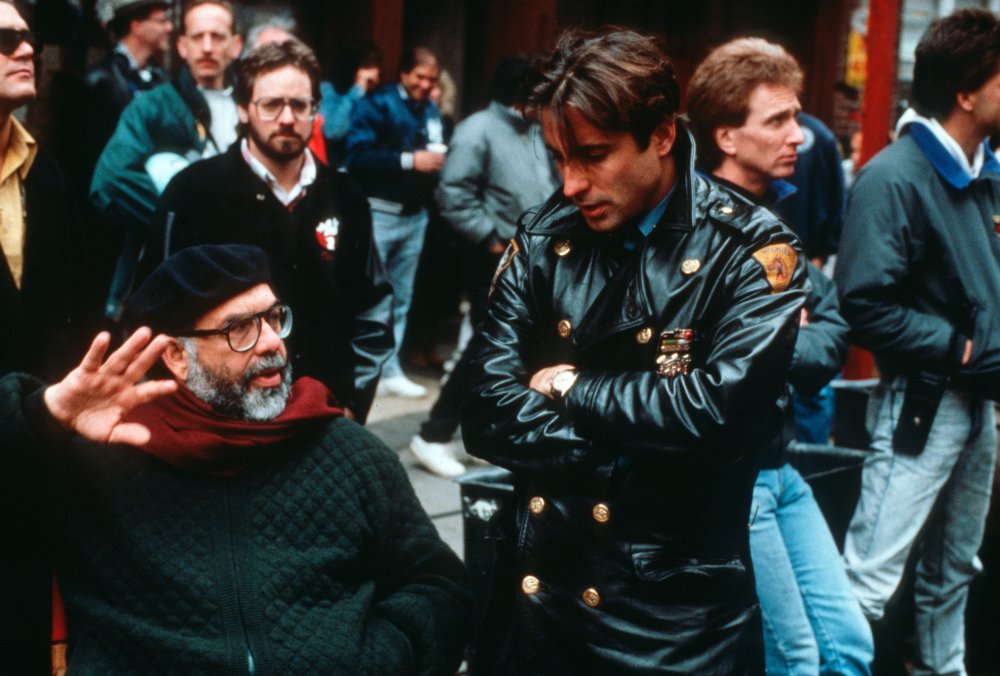 How do you even begin to summarise a career like that of Francis Ford Coppola? He was New Hollywood’s avuncular don, a filmmaker who brought huge success to the studios with his Godfather films, then almost brought one down with Apocalypse Now (1979). A restless experimenter and visionary, who built and lost his own studio in American Zoetrope, he was at once a champion of new filmmaking talent and (in the case of Hammett, at least), as boss, their worst enemy. One from the Heart (1981) was the film that took out Zoetrope, a money pit of behind-the-scenes technological innovation — the madness of Apocalypse Now’s infamous production brought home.

His last decade or so has seen him continue to push his own boundaries, even while in semi-retirement. His ongoing current project, Distant Vision, is an experiment in ‘live cinema,’ shot, cut and mixed by Coppola himself as it plays. It’s been in ‘production’ for years, much like his decades-in-the-making Megalopolis, which may be showing signs of life again following a recent announcement by the man himself. Cross your fingers, but don’t hold your breath.

He’ll always be best remembered for his jaw-dropping run of four films in the 1970s, but even when down on his luck a new Coppola picture was an event, as the casual mastery and stylistic experimentation of even his for-hire gigs attest.

Here are 10 of our favourites by one of the American cinema’s greats. 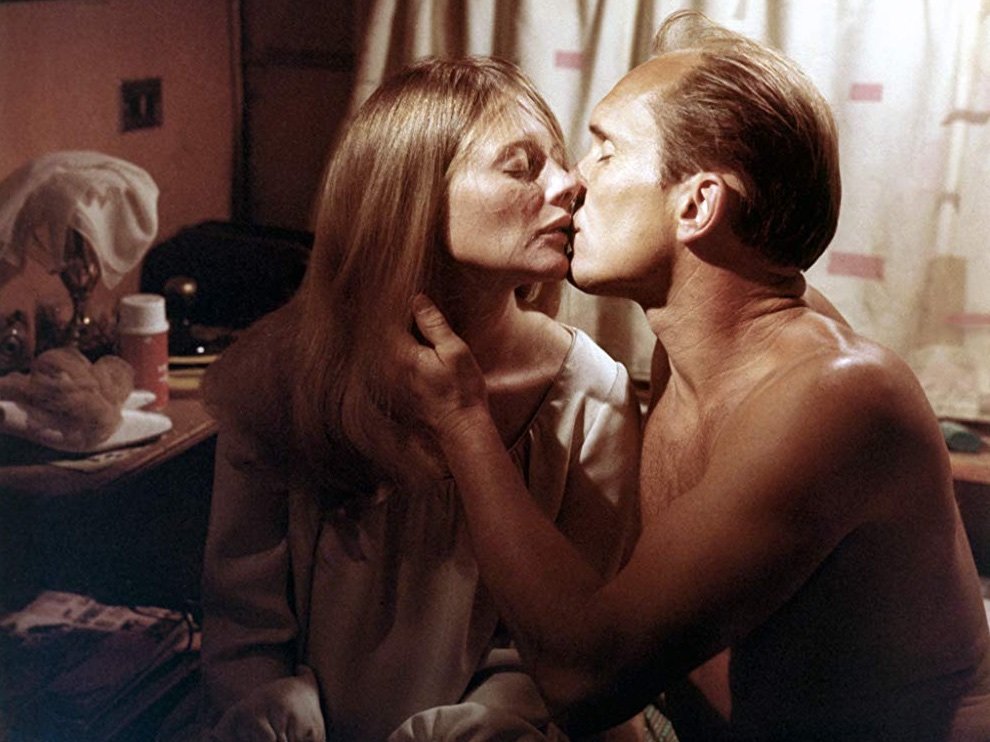 With a brief apprenticeship in skin-flicks (Tonight for Sure, 1962), the Roger Corman exploitation stable (The Terror; Dementia 13, 1963), New Wave experiments (You’re a Big Boy Now, 1966) and studio subservience (Finian’s Rainbow, 1968), Coppola tried plenty on for size before alighting on a more personal means of expression. With the question of family such a dominant theme in the films to come, The Rain People plays like a watershed moment, following Shirley Knight’s pregnant housewife as she takes to the road in a state of panic at the idea of domestic entrapment.

Framing its liberated, sunlit rebellion as a matter of necessity, The Rain People sets up a crossroads of self-discovery, but finally finds only fleeting pleasures in the peripatetic life. James Caan slays. 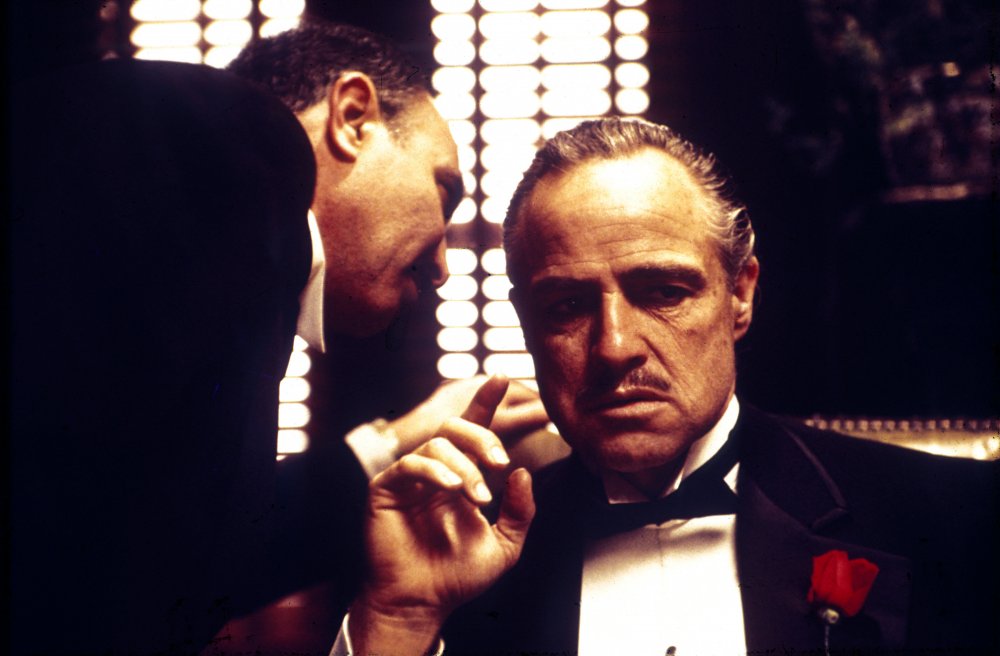 If you were to make a list of contenders for the cinematic equivalent of the Great American Novel, that ideal of speaking to the American experience during a specific period in the nation’s history, chances are that The Godfather would rank pretty high. Coppola took a pulpy airport read in Mario Puzo’s novel, a tale of fathers and sons in the ‘olive oil’ business, and afforded it a Shakespearean gravitas. It’s a peak of classical filmmaking and storytelling, but one that could only exist in the era of New Hollywood’s violent, moral complexities.

There’s little room here to chart its myriad wonders, so let one suffice: a four-shot becomes a three as Clemenza (Richard S. Castellano) moves out of frame, leaving Sonny (James Caan) and Tom (Robert Duvall) arguing over the fate of Sollozzo, as Michael (Al Pacino) sits quietly in the corner. The three pans to a two, cutting Michael out. There is an unresolved back and forth before Tom moves, bringing Michael back for a new four-shot. Michael speaks, cinematographer Gordon Willis reframes, and the fallen prince is centre stage for the push-in that seals his fate. 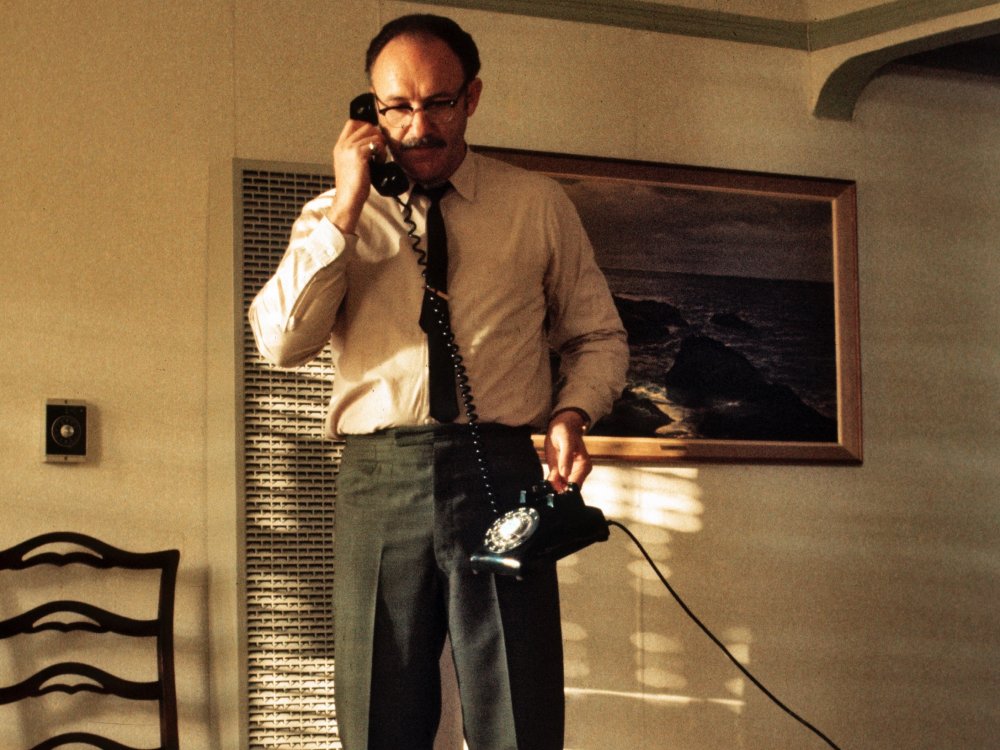 Just as Michelangelo Antonioni put London’s swinging 60s under the cinematic microscope with Blowup (1966), Coppola applied a similar method to post-Watergate America with his paranoid conspiracy thriller, The Conversation. While written and directed by Coppola, you could argue that the star of the show is editor and sound designer Walter Murch, whose jigsaw puzzle of abstract elements steadily brings the central mystery into focus, just like the famous telephoto zoom that opens the picture. Then there’s Gene Hackman, giving one of his greatest performances as sax-playing surveillance expert Harry Caul – one of god’s lonely men that stalk the streets of 70s cinema. Worth remembering that this came out the same year as the next film on our list. 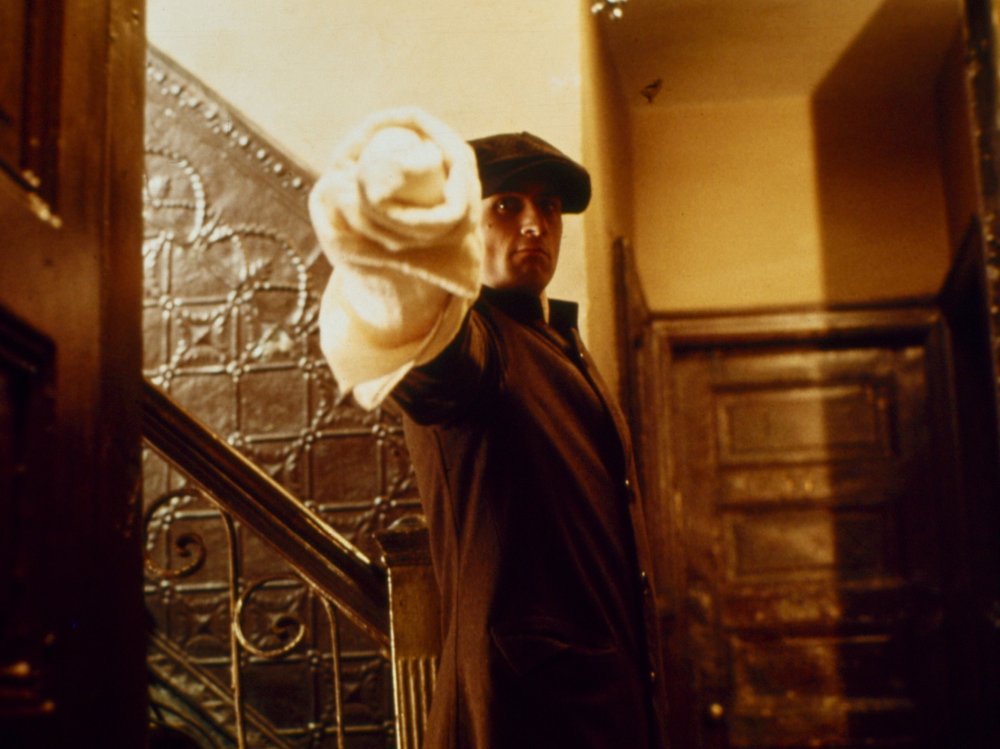 Against all the odds, the original Godfather won Oscars for best picture, best actor for Brando and best original screenplay for Coppola and Puzo. How the hell do you follow that, especially having killed off your star? Coppola knew he could only go bigger, ingeniously envisioning twin timelines, further following the downward moral spiral of Michael Corleone, while tracing the origin story of his father, Vito (here played by Robert De Niro).

The film doubled its predecessor’s Oscar cache, including best director for Coppola and best picture once again. The debate over which is superior will rage for as long as people watch movies. For what little it’s worth, it’s the first for me, but young Vito’s arrival in America and the assassination of Don Fanucci (Gastone Moschin) are perhaps the greatest sequences Coppola ever put on film. 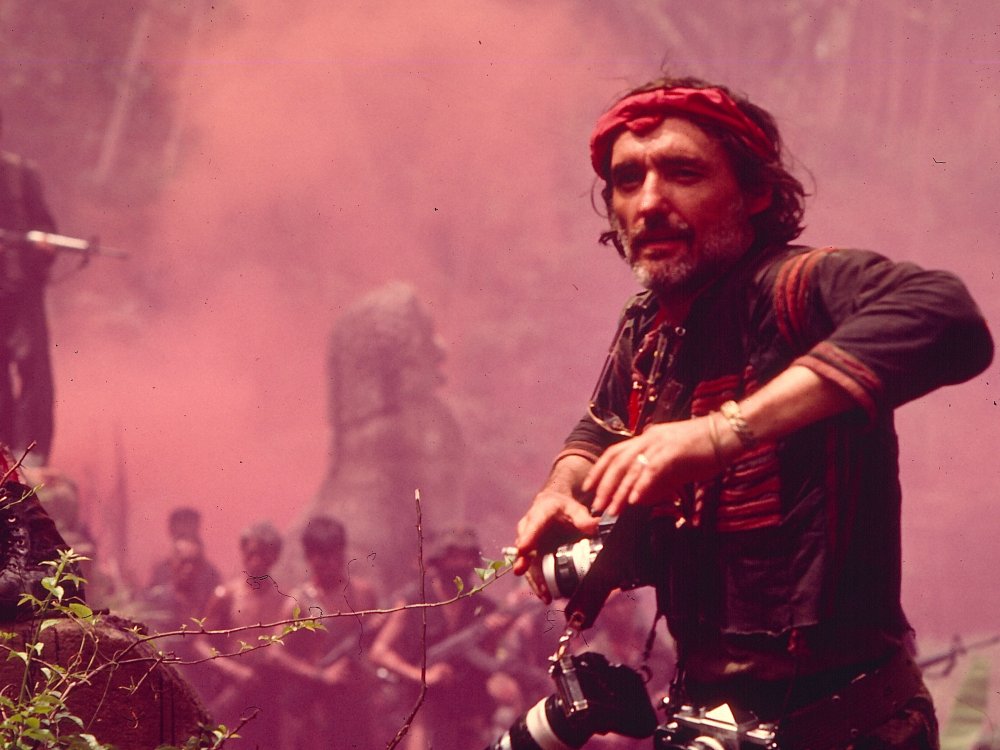 “The film Francis is making is a journey into self,” notes Eleanor Coppola at the start of her 1991 making-of documentary, Hearts of Darkness. “A metaphor for a journey into self… It’s scary to watch someone you love go into the centre of himself and confront his fears. Fear of failure, fear of death, fear of going insane. You have to fail a little, die a little, go insane a little to come out the other side.”

Coppola himself was more blunt, calling Apocalypse Now his “Idiodyssey”. The Philippine production is the stuff of legend: cast replacements (Sheen for Keitel), sets destroyed, the whims of the army – all before Cyclone Marlon rolled into town. “My film is not about Vietnam,” Coppola said, “it is Vietnam.” A mad, visionary, unwieldy object he was still editing 20 years later (the redux cut dropped in 2001), it’s one of the great American films. 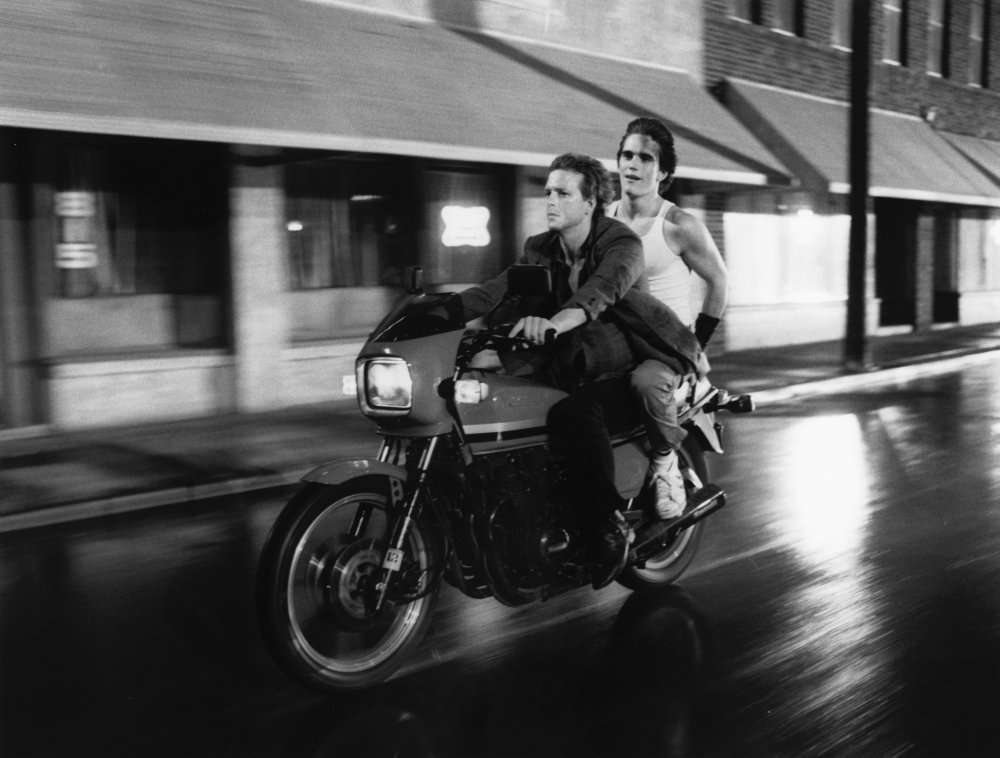 In a bid to escape the disastrous reception to his wildly indulgent One from the Heart (1981), Coppola disappeared to Tulsa to shoot two novels by S.E. Hinton, The Outsiders and Rumble Fish, back-to-back, moving even further from the classicism that had defined his biggest hits. The latter was second up to the plate, and easily the better of the two films. Coppola described it as, “An art film for kids… or Camus for kids,” and it’s not hard to sense an existential otherworldliness amid the yearning romanticism of its cause-less rebels and sizzling summer nights.

Shot in beautiful black and white, with vibrant stabs of colour, Rumble Fish boasts a stunning array of Wellesian master shots at odds with Coppola’s description of 1983 as part of his “journeyman period”. 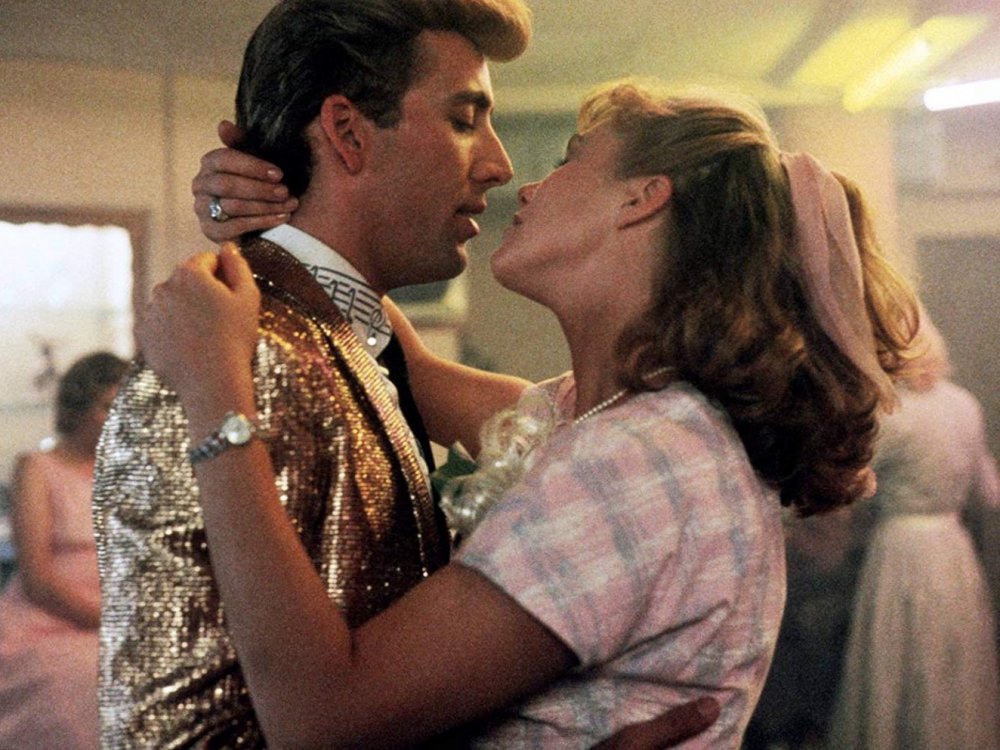 Arriving a year after Back to the Future (1985) and two before Big (1988), Coppola splits the difference with this spirited time-travel yarn. Peggy Sue (Kathleen Turner) collapses at her high school reunion, waking up 25 years prior amid her teenage friends in 1960. With her marriage in ruins in 1985, does she choose the same future for herself all over again?

Bookended by a pair of duds in The Cotton Club (1984) and Gardens of Stone (1987), the film might not be Coppola at his most formally audacious, but the period recreation proves typically vivid. A sharp script from Jerry Leichtling and Arlene Sarner offers a sweetly nostalgic take on second chances, but it’s the performances that make it, not least from Coppola’s nephew, an especially wonderful Nic Cage. 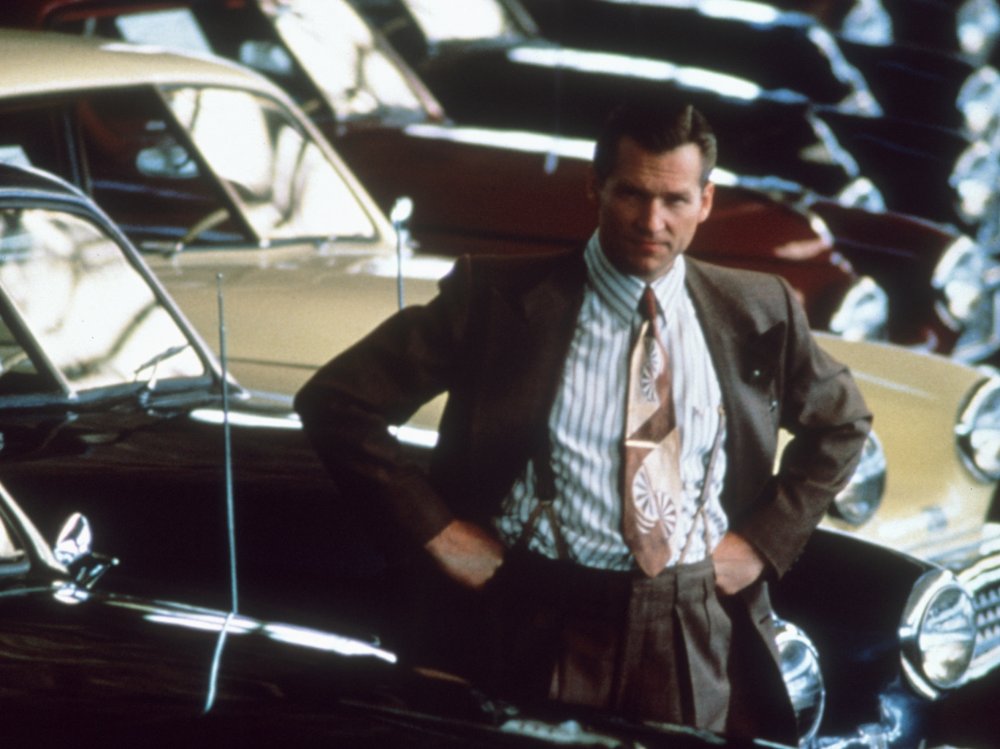 “Chances are you’ve never heard of Preston Thomas Tucker; dreamer, inventor, visionary – a man ahead of his time.” While Howard Hughes was busy sprucing his Goose, a charismatic salesman made a play to take on the American car industry with a revolutionary vehicle – and production method – of his own design. There was plenty of talk on release of the parallels in Tucker’s rise and fall to that of Coppola’s American Zoetrope studio, and it’s a wonder why the film isn’t spoken of among the director’s best, given the explicit takes on long-standing preoccupations of family and technological innovation.

The first half, especially, plays like Citizen Kane with a Coens-y zip; Coppola’s formal vigour matching that of his restlessly energised protagonist (Jeff Bridges). The recent Blu-ray is essential, all the better to show off the stunning hues of Vittorio Storaro’s magic hour photography and Dean Tavoularis’s production design. 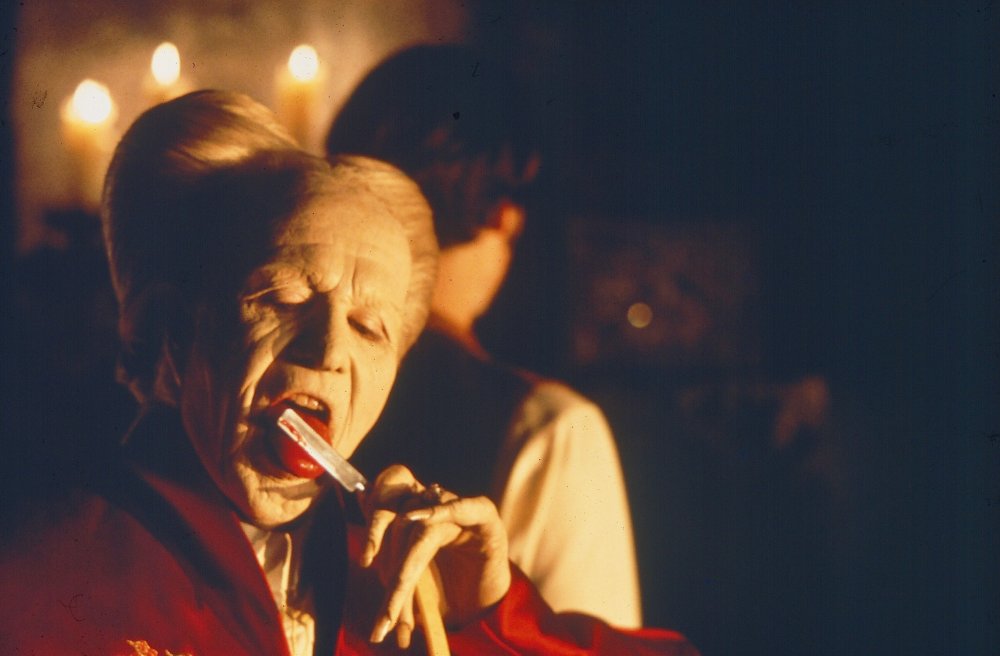 Critics weren’t especially kind to Dracula on release, which, in hindsight, is baffling, given the sheer force of cinematic imagination that Coppola throws at every shot. It’s a sumptuous baroque spectacle, a last hurrah of the pre-CGI era, stuffed to the gills with in-camera process shots and transitions that pay homage to the Expressionist greats. A rare sight, indeed, to see a major studio production with early masters like F.W. Murnau and Carl Dreyer so clearly on its mind. 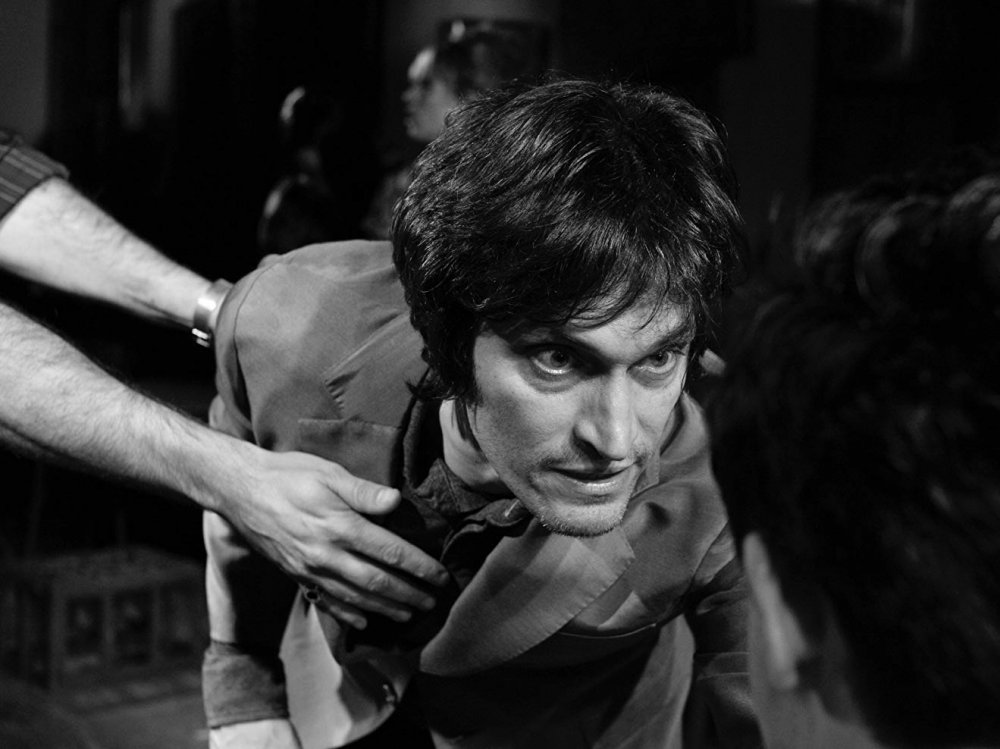 We’ll blank Jack (1996) and enjoy a warm, familiar smile from The Rainmaker (1997) on our way to late-period Coppola. With all the dosh coming in from his wine and hotel businesses, by the late 2000s Coppola was finally able to do what he’d been talking about for years: turn out personal, self-funded pictures in the European mould. The underrated Youth without Youth (2007) came first, but it’s Tetro that demonstrates the director’s willingness to experiment even as he broached his 70s.

Vincent Gallo headlines this black-and-white summation of a career’s worth of themes, interspersed with richly coloured theatrical flourishes and tributes to Powell and Pressburger’s The Tales of Hoffman (1951). Twixt would follow a couple of years later, a deeply personal, micro-budget oddity that harks back to his earliest filmmaking days, which was unfairly maligned on its release in 2011.