From the days of neorealism on via the 1960s, Italian cinema has thrived on its succession of great actresses. Combining grit, glamour and inimitable star power, here are five whose work everyone should seek out. 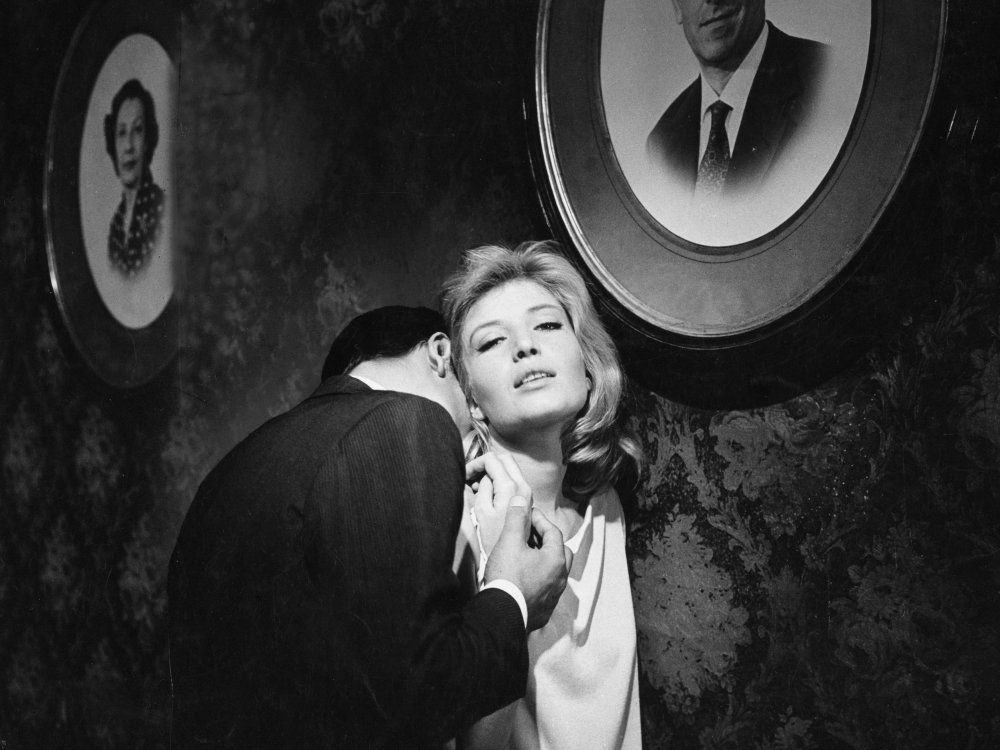 It should come as no surprise that Italy, the home of the diva, has produced a high number of world-class actresses. Since cinema’s very earliest narrative features, years before the Hollywood star system properly took shape, Italian screen divas have been making audiences laugh and cry in equal measure. Silent film stars such as Francesca Bertini, Lyda Borelli and Pina Menichelli caused a sensation with performances of unprecedented fervour, and even if acting styles became more contained with the coming of sound, there was certainly no drop in terms of quality or quantity. In the early part of the sound era, Isa Miranda, Alida Valli and Clara Calamai came to the fore, as well as Anna Magnani, the inimitable powerhouse of Italian screen acting. Magnani seems like a good place to start in this survey of five of the most iconic Italian actresses. 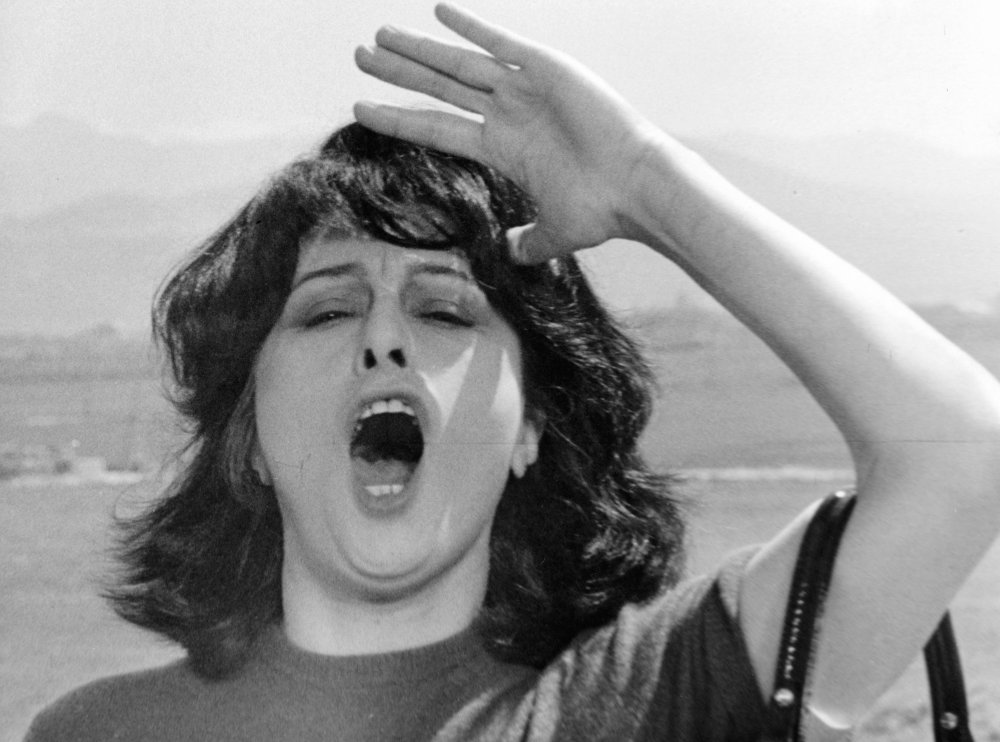 Although she’s most closely associated with intense drama, Anna Magnani was equally adept at comedy, a trait she shares with many of the great Italian stars. Her compelling, earthy authenticity in pictures such as Roberto Rossellini’s Rome Open City brought her to the attention of Hollywood where she went on to make several films. She won a best actress Oscar for The Rose Tattoo, Daniel Mann’s 1955 film version of a play written especially for her by Tennessee Williams. She also appeared in another Williams adaptation – The Fugitive Kind (1960) – opposite Marlon Brando. On her return to Italy, she took on the title character in Pier Paolo Pasolini’s Mamma Roma (1962). Magnani’s last significant project – a trilogy of TV films directed by Alfredo Giannetti and scored by Ennio Morricone called Three Women (1971) – is crying out for rediscovery.

Mamma Roma’s night-time walks in Pasolini’s film are riveting, but it’s hard to look beyond the extraordinary sequence in Rome Open City when, after escaping the clutches of a Nazi soldier, Magnani’s character Pina makes a desperate run to her captured resistance fighter fiancé. 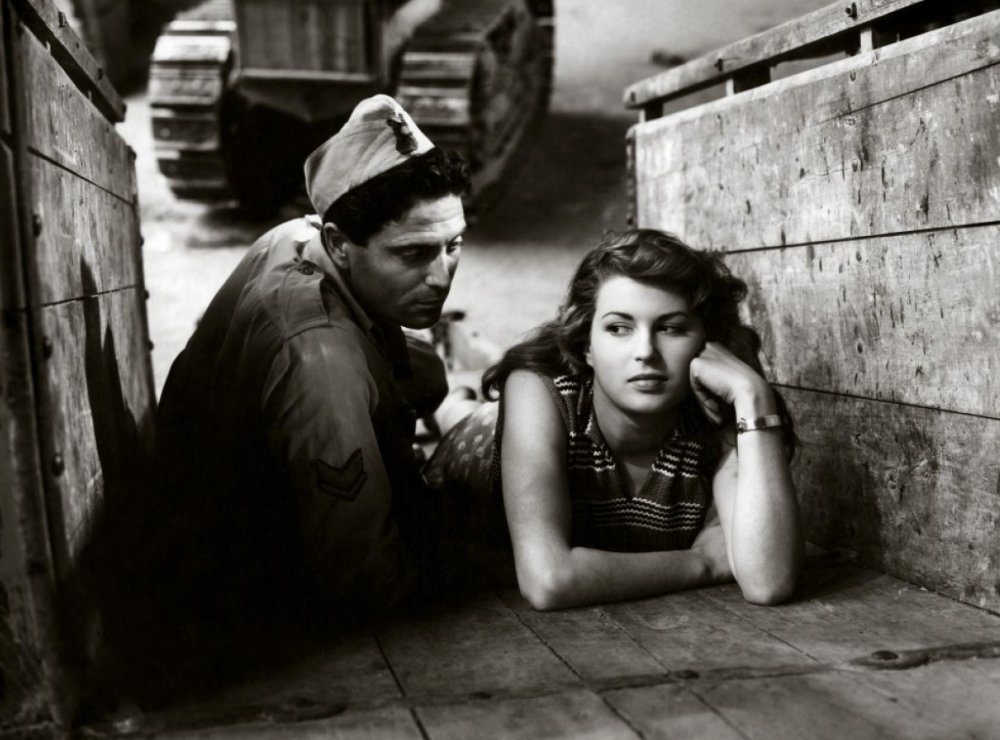 When director Giuseppe De Santis began the search for the female lead in his film Bitter Rice – a romantic crime drama set in the Po Valley – he had in mind a “Rita Hayworth from the Italian provinces”. Soon realising that few established Italian actresses could carry off such a role, De Santis and producer Dino De Laurentiis cast Silvana Mangano, a former Miss Italia contestant who, despite only being in her late teens, already had some experience in front of the camera.

Mangano and De Santis received criticism for the heightened sexuality of the performance but there’s certainly no doubting its enduring impact, something that Mangano struggled with in later years as audiences came to expect similar bombshell roles. She married De Laurentiis shortly after making Bitter Rice but she remained as selective as possible in her choice of projects. Between her mid-30s and mid-40s, she had a real golden period, bringing elegance and poise to films by directors such as Pasolini (Oedipus Rex, Theorem, The Decameron) and Luchino Visconti (Death in Venice, Ludwig, Conversation Piece).

In an episode from Vittorio De Sica’s The Gold of Naples, Mangano plays a prostitute called Teresa whose marriage to a businessman turns out to be a sham. The scene toward the end of the episode when Teresa stands alone one night on an empty Naples street contemplating whether to return to confront her husband, is simply breathtaking. In a bravura dialogue-free five minutes, we see her mood change from dejection to anger to acceptance as she makes her way back to her marital home.

Think of the modernist cinema of Michelangelo Antonioni and one actress inevitably comes to mind: Monica Vitti. She was an ever-present in the director’s so-called ‘tetralogy of alienation’ (L’avventura, La notte, L’eclisse, Red Desert) playing hypnotically beautiful, often inscrutable characters in films of great weight and seriousness. It was a surprise to many, therefore, when from the late 1960s onwards, she transformed into a brilliant comic actress, going for parts that offered up social critique through comedy. Vitti found perfect collaborators in directors such as Ettore Scola, Mario Monicelli and Dino Risi.

In the early morning opening scene of L’eclisse, the long-term relationship between Victoria (Vitti) and Riccardo (Francisco Rabal) has fizzled out and both struggle to properly articulate their feelings. Red Desert is another high point of her career as a dramatic actress, but to get a sense of her skill at comedy, look no further than Risi’s That’s How We Women Are. She puts Peter Sellers to shame with twelve separate roles, ranging from a punctilious musician to the boisterous neapolitan mother of 22 children.

Arguably the most famous Italian actress of them all, Sophia Loren had a similar entry into the world of film as Mangano but the two were very different, both in terms of their background and temperament. While Mangano never intended to be a diva and often felt uncomfortable with the trappings of stardom, Loren was far more driven to be an international star. Like Mangano, she married a producer (Carlo Ponti) but she gave him a freer hand to shape her career.

Her breakthrough came at the age of 19, when she played a pizzaiola who misplaces her wedding ring in an episode from The Gold of Naples. Between 1955 and 1960, she made a string of films in Hollywood, acting opposite the likes of Cary Grant, Frank Sinatra, Anthony Quinn, John Wayne and Clark Gable. De Sica’s war drama Two Women was the first picture to truly test her as an actress. Indeed, her work with De Sica – also including Yesterday, Today and Tomorrow, Marriage Italian Style (1964), Sunflower (1970) and The Voyage (1974) – would provide Loren with many of her most substantial roles.

Rightly or wrongly, Loren is probably best remembered for her striptease for Marcello Mastroianni in Yesterday, Today and Tomorrow, a scene which they recreated 30 years later in Robert Altman’s all-star 1993 satire Prêt-à-porter.

Outside of her work with De Sica, one of Loren’s greatest performances came in Scola’s A Special Day, again opposite Mastroianni. The film unfolds in a Rome apartment block in May 1938, on the occasion of Adolf Hitler’s visit to the city. Far away from the pomp and ceremony, we find Antonietta (Loren), a demure housewife who meets Gabriele (Mastroianni), a radio announcer who’s recently been dismissed from his position. In one scene, the pair are on the rooftop collecting Antonietta’s washing and discussing their political beliefs. After a moment of playfulness on Gabriele’s part, she finds herself drawn to him. Beautifully played by both actors, the scene shows Loren at her most vulnerable and sensitive.

Born and raised in Tunisia, Cardinale made her first Italian feature, Mario Monicelli’s heist comedy Big Deal on Madonna Street, in 1958. She played the younger sister of a fearsomely protective Sicilian crook and, for producer Franco Cristaldi (whom she later married) she showed enough promise to be launched as a major new star and sex symbol. She then went on to receive praise from none other than Pasolini for her role in Pietro Germi’s crime thriller The Facts of Murder (1959), a film which Cardinale herself has always considered key in her development as an actress.

During the 1960s and 70s, her filmography quickly developed into one of the most impressive of all European actresses, with appearances in future classics of Italian cinema such as Visconti’s Rocco and His Brothers (1960) and The Leopard (1963), Federico Fellini’s 8½ (1963) and Sergio Leone’s Once upon a Time in the West. She often shone as part of an ensemble cast, but – much like Magnani, Mangano, Loren and Vitti – filmmakers would not hesitate to cast Cardinale in films of a smaller scale and build narratives around her. Two such roles came in the early-mid 1960s, in Valerio Zurlini’s Girl with a Suitcase and Visconti’s Sandra.

The arrival of Cardinale’s character Jill McBain at Flagstone train station in Once upon a Time in the West remains one of the most memorable moments in all 1960s cinema. Realising that her husband Brett will not be meeting her, Jill makes her way out of the station. Leone films this last segment in a single take, the camera rising high over the station to the soaring music of Ennio Morricone.